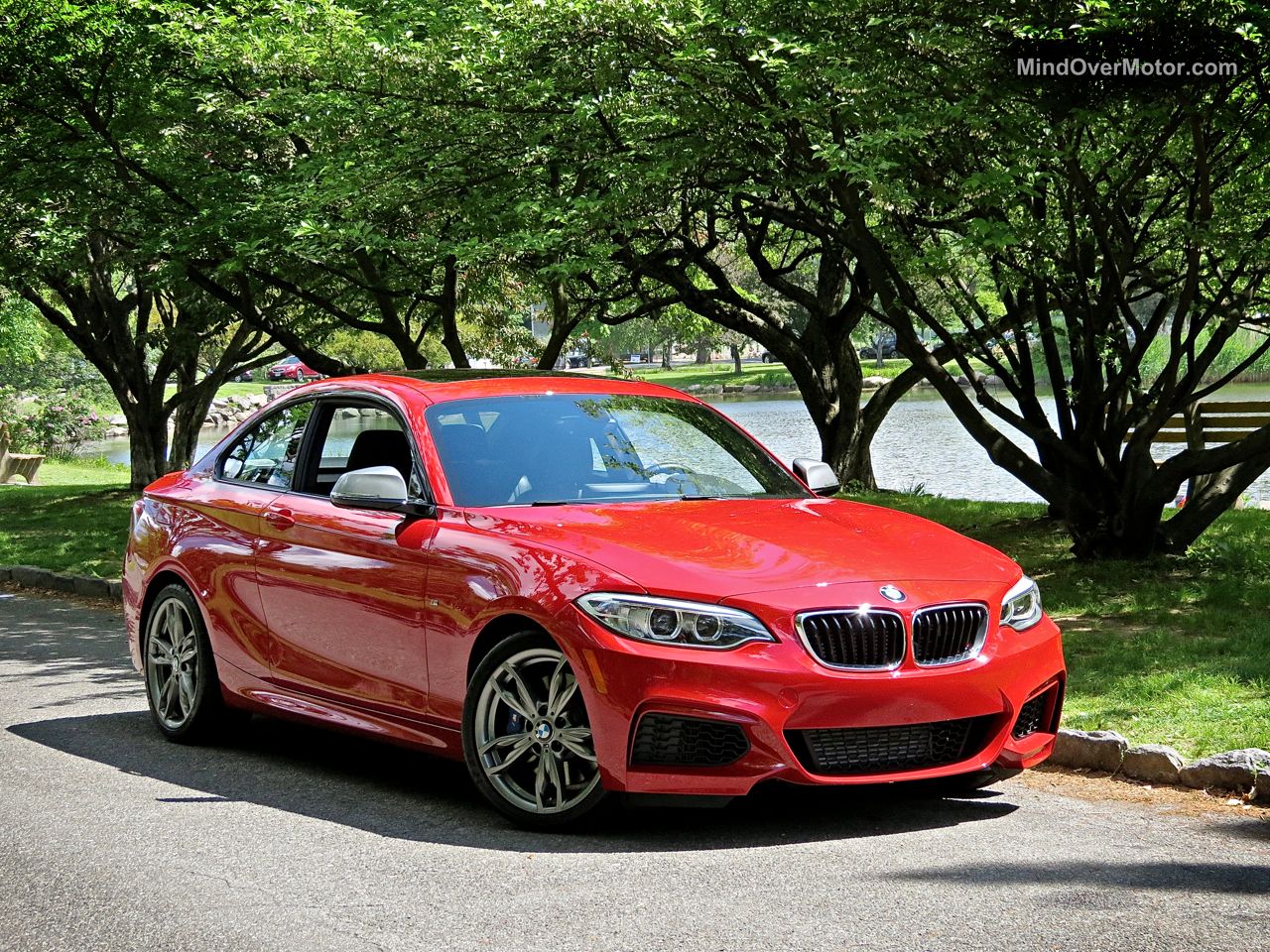 Back in the 1980s, the BMW 3 Series really put BMW on the map. It drove like a sports car, but was a practical and economical for everyday use. Generation after generation, the 3 Series built up its reputation, but now it has grown in proportion so much that it isn’t really the same sort of car that it originally was. This is where the 2 Series comes into the equation, as a car that is much more the flavor of the first few generations of the 3 Series. If you want a new BMW that is more like the E30, E36, or E46 generation 3 Series, then the 2 Series may be the answer for you. Let’s have a look at the M235i, the top dog of the current 2 Series lineup.

The 2 Series is not the first BMW to undercut the 3 Series. The 2 Series comes to us as the direct replacement for the previous-gen 1 Series. BMW re-branded it as a 2 Series because a smaller, front-wheel drive model will be taking the 1 Series nameplate in the near future. I know this is all very confusing, and very trivial, but welcome to the auto industry where the bean counters have to find a way to make their superfluous jobs matter.

The BMW M235i is a fantastic sports car of the modern variety. What I mean by that is that it utilizes the best aspects of modern automotive technology, but that it also may leave some old-school driving purists wanting for more. 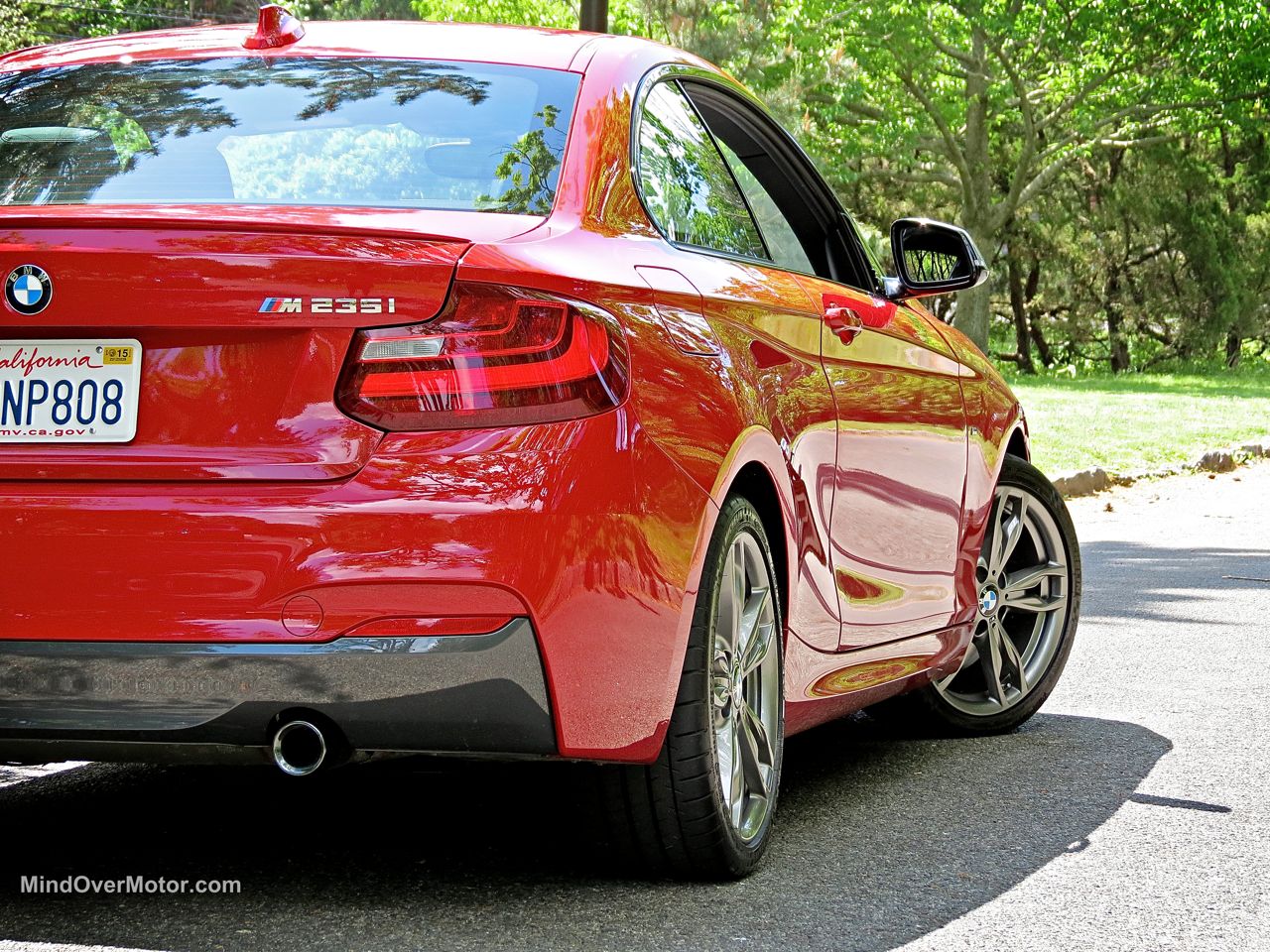 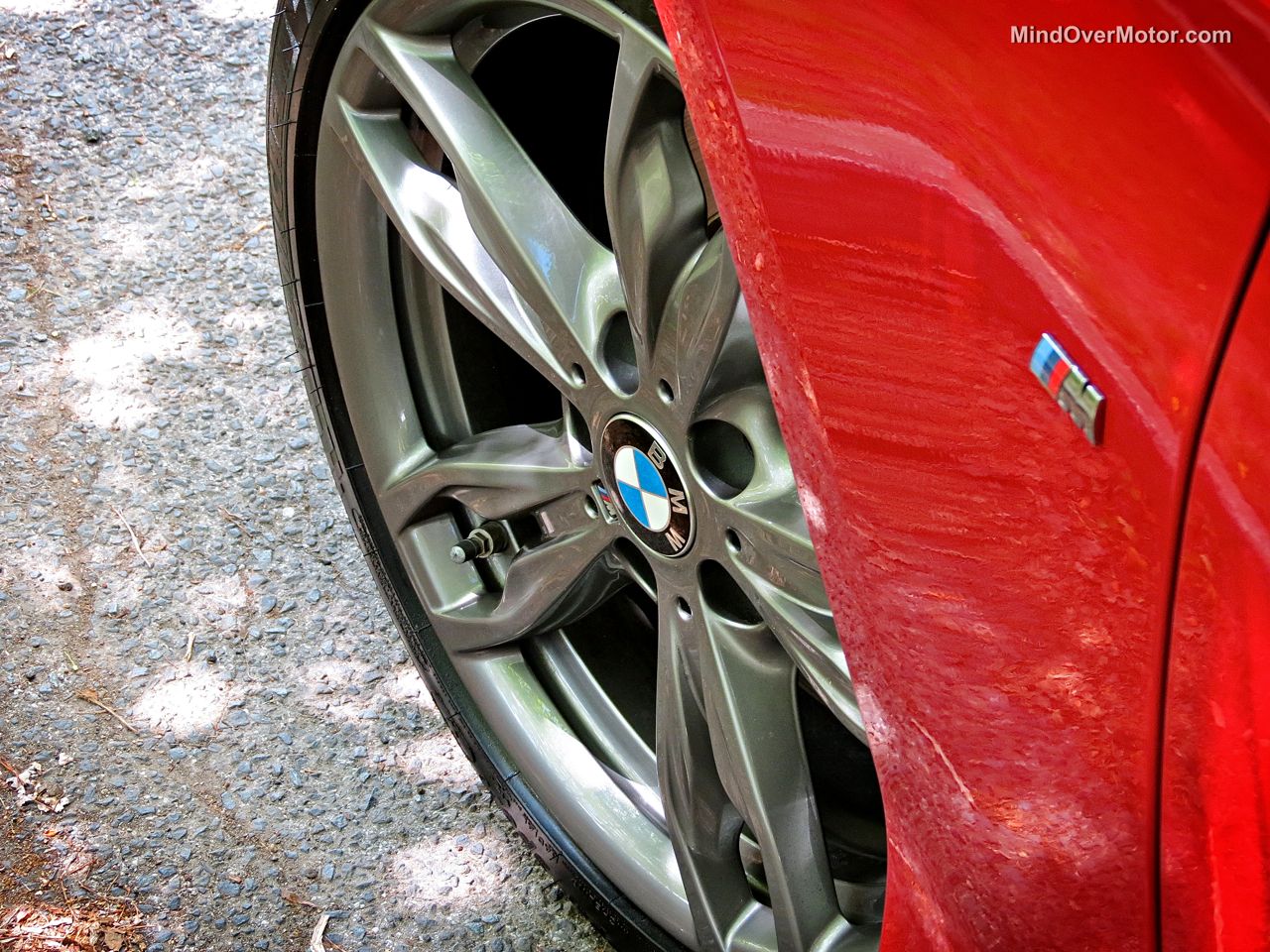 One of the best illustrations of what I mean is the M235i’s steering. It has electronically assisted power steering, which reacts quickly and accurately to inputs, but is also pretty muted in terms of road feel. To most drivers it will feel very “sporty,” but driving purists will complain that they can’t feel what the front wheels are doing. Really, though, the M235i is a road car, not a race car, and the electronic-assisted steering solves the expensive problems that previous-gen BMWs had with power steering pump failure. In my opinion, it’s a case if cost-benefit analysis, and I think most buyers would be willing to forgo feeling every nuance of the road surface in exchange for not having to deal with the thousand-dollar repair bills at the dealer.

As for the driving experience overall, the M235i is quite quick, stops great, and goes through corners like a true Bimmer should. Its single-turbo 3.0L inline 6 engine gives you quite a nasty kick up the rump when you stand on the accelerator, and it has quite a nice noise, despite much of it coming through the speakers. As usual, BMW’s official horsepower claim, 320hp in this case, feels a bit conservative when you’re actually behind the wheel. Real-world chassis dyno tests show around 300 rwhp on 91 octane with the automatic transmission, so that means the M235i’s engine is actually producing more in the neighborhood of 360-380hp. It’s about as fast as the Alpina B7 I drove last year, which had over 500hp, but also another 1500lbs to haul around. The M235i is a solid performer, surely right up there with a Porsche Cayman S or 911 Carrera.

For buyers wanting even more performance, the M235i is a great platform for aftermarket modifications and tuning. It’s single-turbo N55 engine has a lot of room left in it, and 430-450bhp (~370whp) is possible with just basic intake, exhaust, and tuning mods. 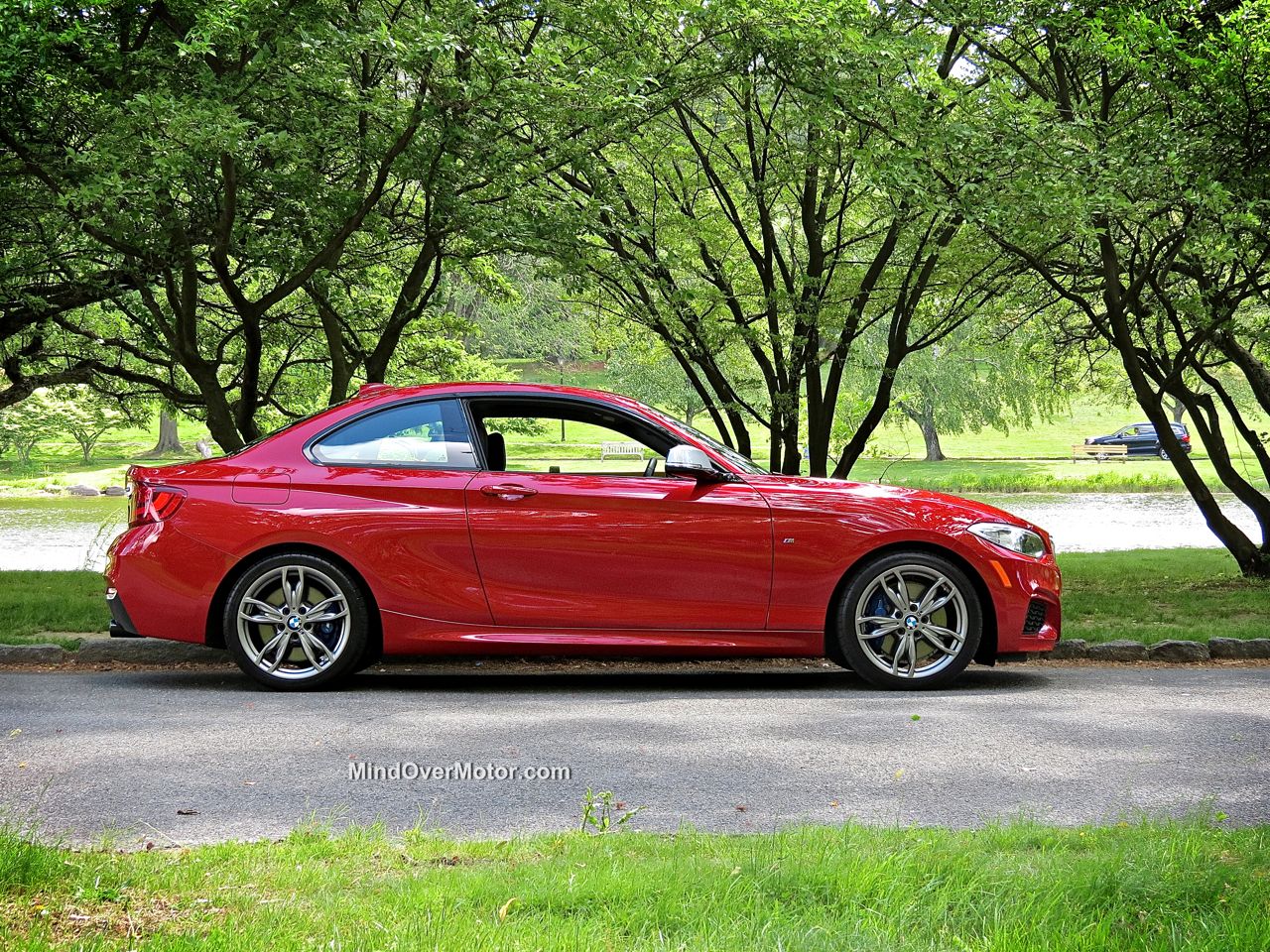 The M235i’s chassis felt sublime through corners. It turns in eagerly, and stays very neutral as you push on. Oversteer is easy to provoke, being rear wheel drive, but the car I drove was a bit neutered by its lack of a limited slip differential (LSD). With an LSD, the driving dynamics if the M235i would’ve been complete, and you can have one fitted on your M235i as a dealer installed option for around $2,800. Sure, it’s kind of expensive, but if you plan on pushing the car’s handling limits, then it’s money well spent.

The other issue I had with my test car was its lack of a manual gearbox. Yes, the ZF 8 speed is about as good as an automatic transmission can get, but it still neuters much of the driving experience as far as I’m concerned. Having said that, the paddle shifters do work nicely, and they do exactly what you want when you want. For people who don’t know how to drive a stick, the auto still provides a lot of fun, but if you know how to drive manual, then there is really no other option. This is a sports car, so you “should” be rowing your own gears.

BMW has made a really fun car here, one that is capable of pleasing all types of drivers depending on which options are fitted. Being a purist myself, the manual gearbox and LSD would be mandatory for me, but I know that much of BMW’s clientele will enjoy casually driving the car with the automatic and the open differential. The M235i’s wide appeal is important to BMW’s bottom line, and as long as us enthusiasts can have the proper driver’s version we want, then there’s no reason to complain. 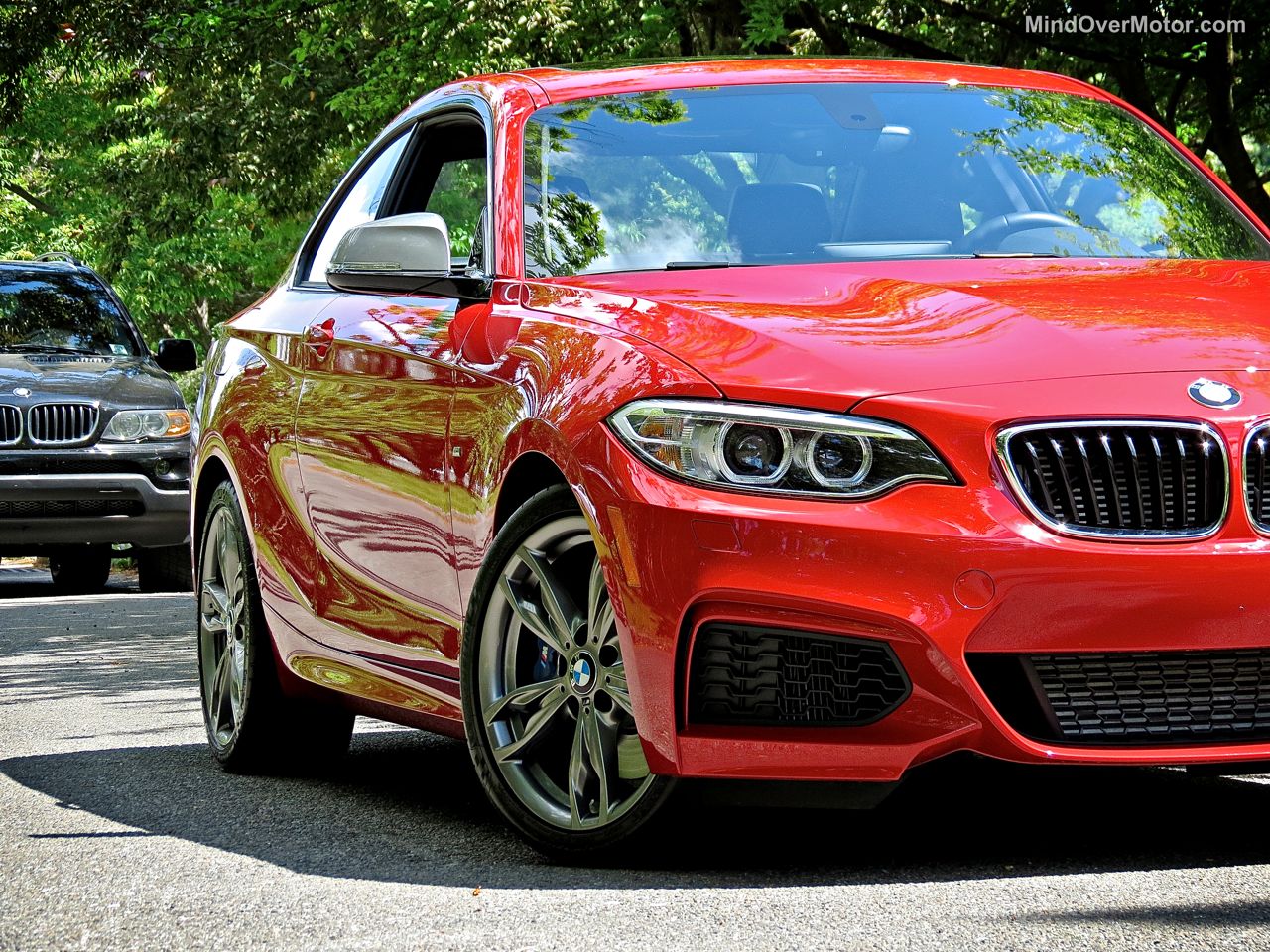 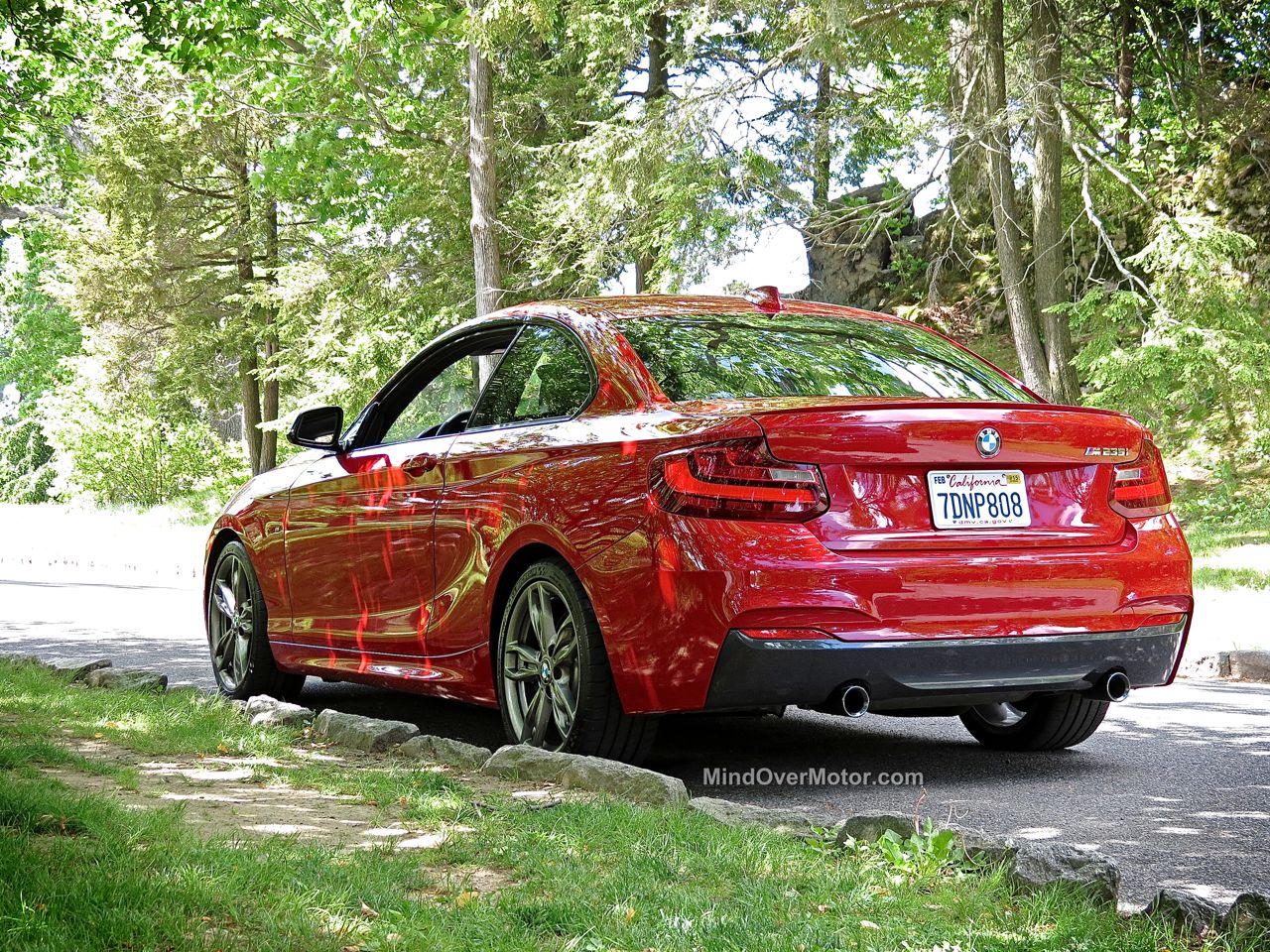 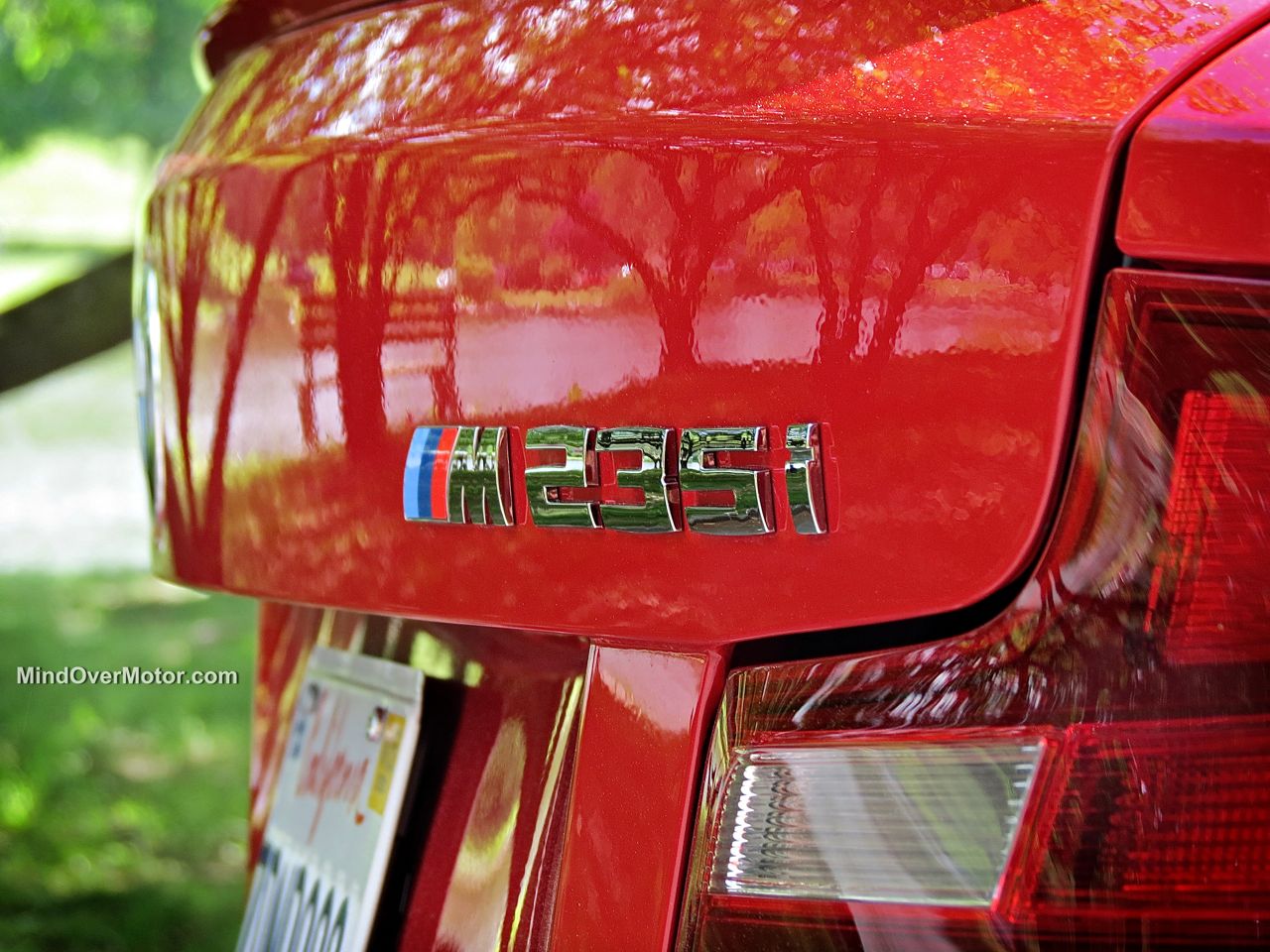 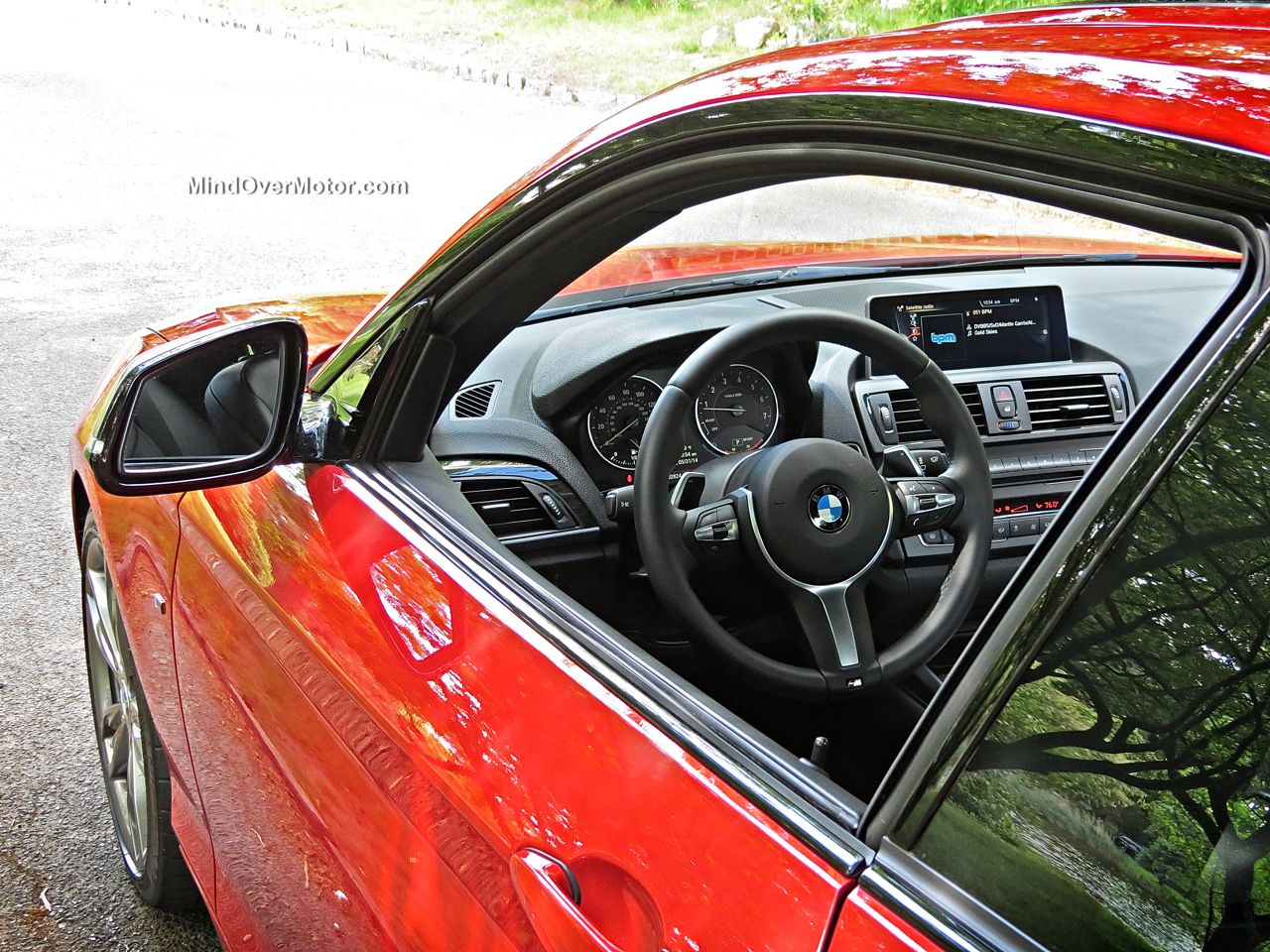 One of the biggest improvements BMW has made with the 2 Series over the old 1 Series is the styling. The old 135i was too adorable looking, and all you wanted to do was pinch its little cheeks all day! Being cute is fine for a Mini Cooper or a Mazda Miata, but the 135i was a pretty serious performance car. At least for me, as a guy, I don’t was to roll up in my fast car and have people go, “aww look how cute it is!” The 2 Series looks much better for the sort of car that it is. The styling has grown up, but it still looks fun and sporty, especially with the M-Sport body kit on the M235i.

In addition to its sporting driving dynamics, the M235i is also a very well rounded, practical package. It only comes as a two-door at this point, but it seats four people comfortably and has a pretty decent trunk in the back. Also, benefitting from its modern technology, the M235i is among an increasing number of 300+hp sports cars that are capable of topping the 30MPG mark. The original BMW 3 Series was a very “Have your cake and eat it too” sort of car, and the M235i continues to build upon that approach. 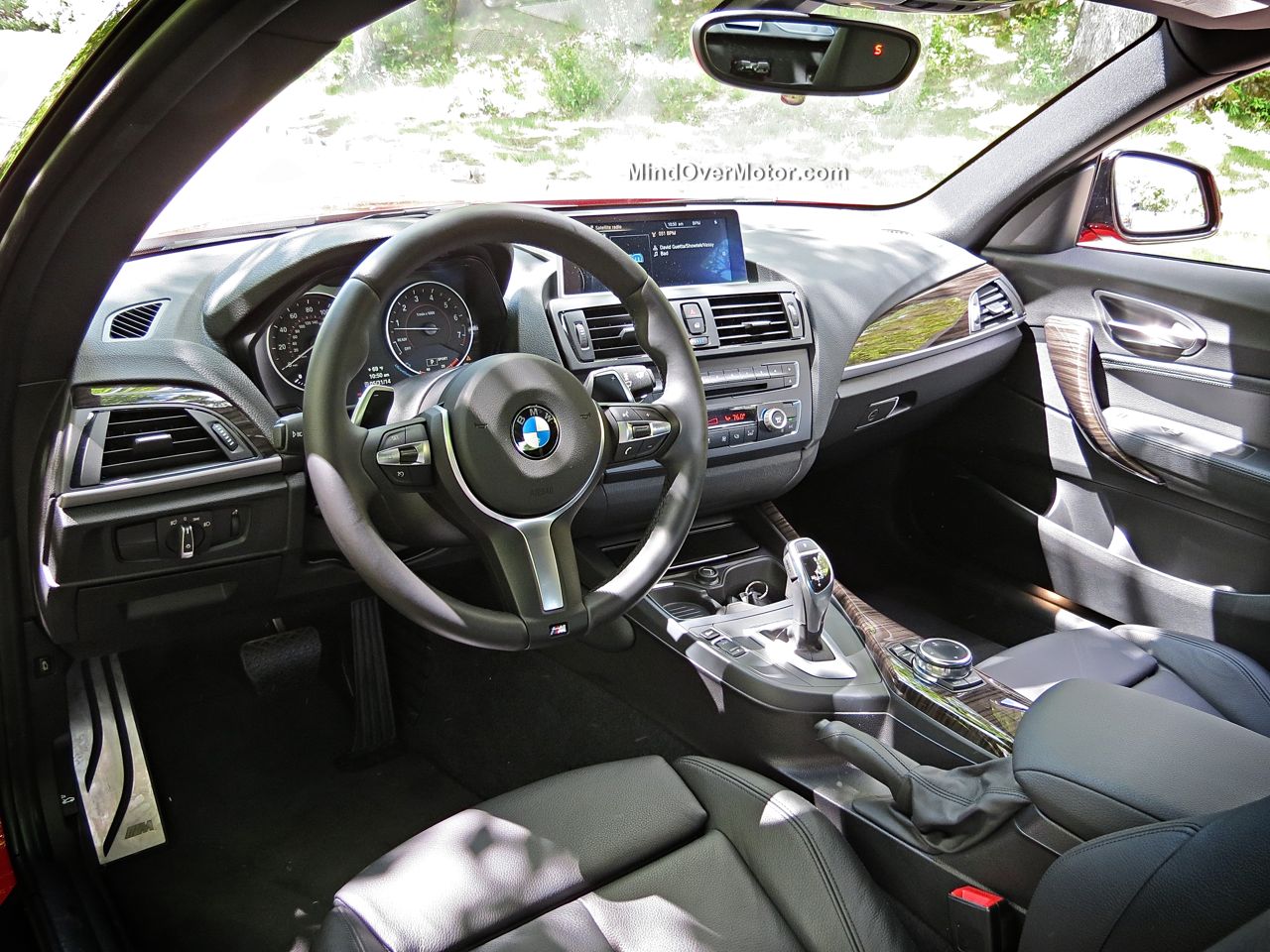 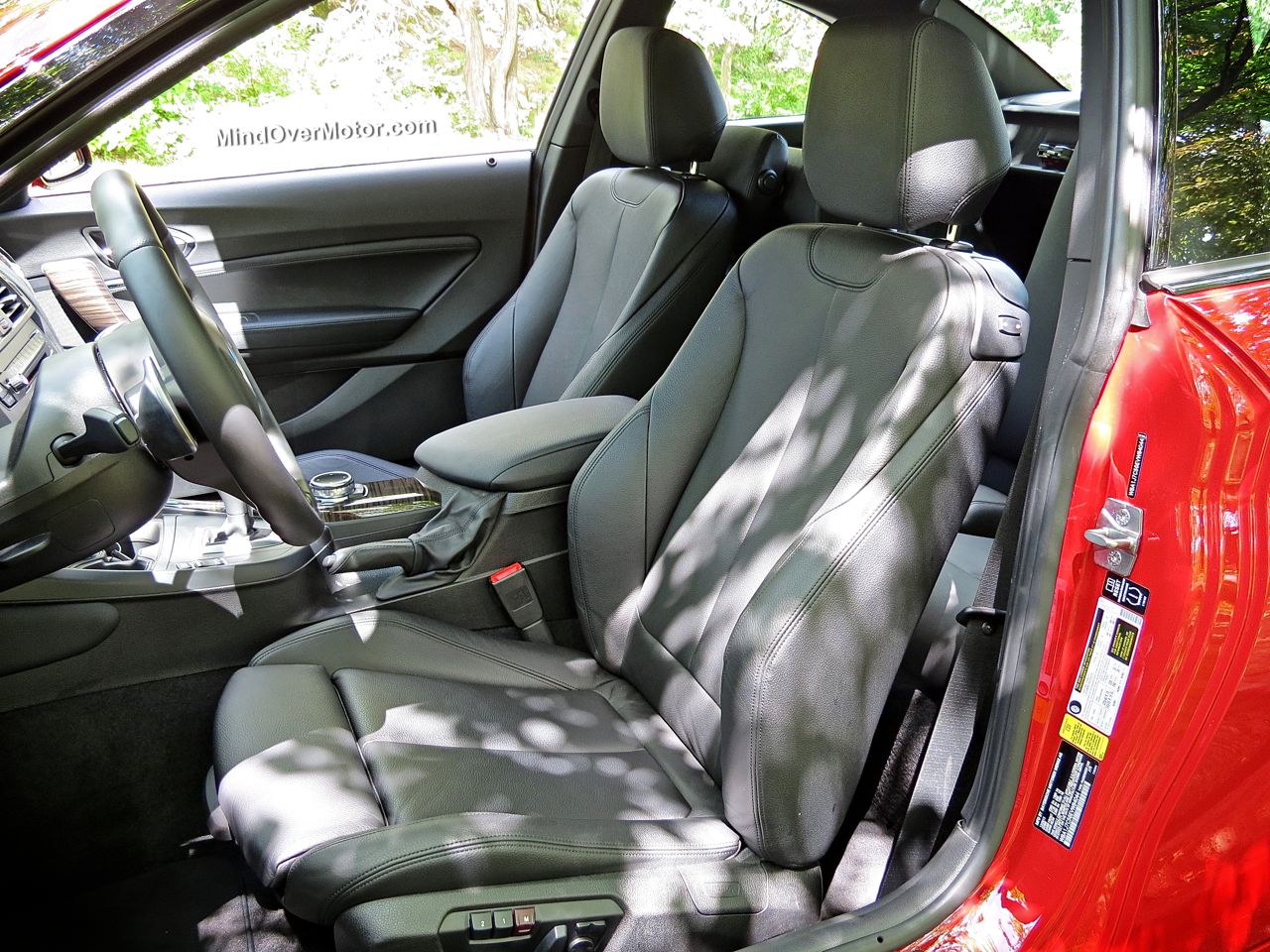 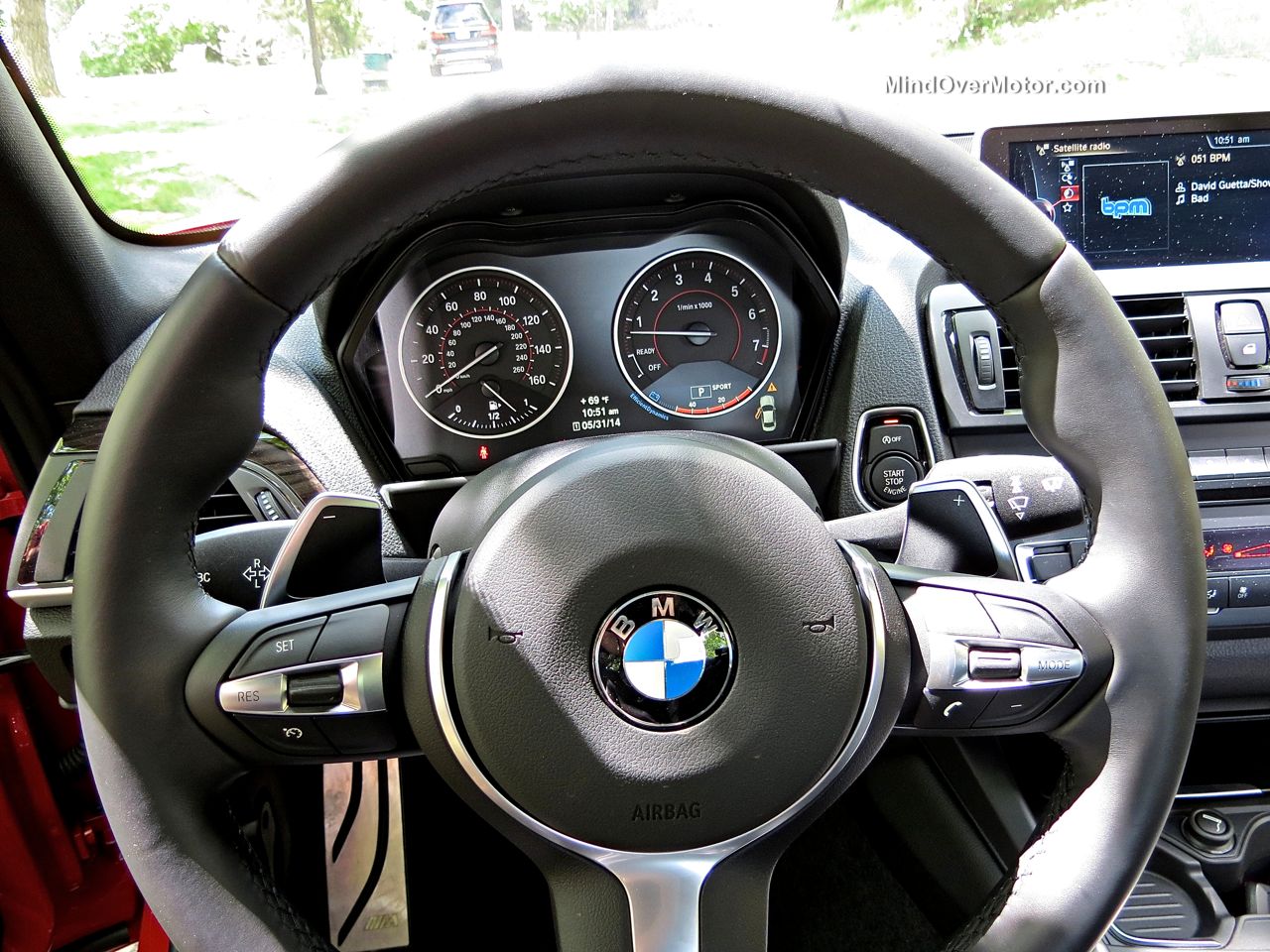 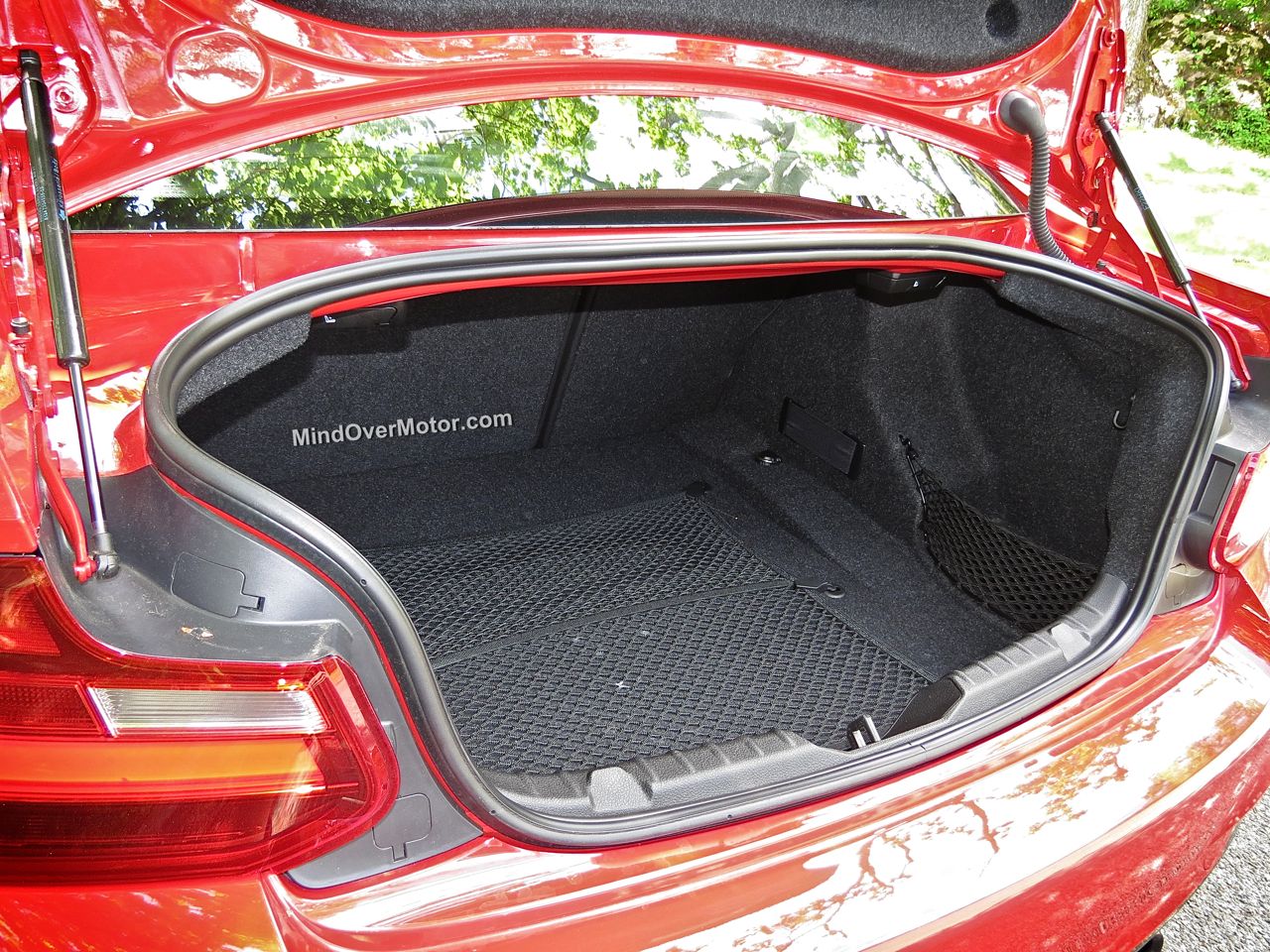 So I haven’t had many negative things to say about the M235i, and that’s because it is the very essence of what a modern BMW should be. Even Consumer Reports loves it, and they hate most fun cars with a passion.

It should come as no surprise that I’d recommend an M235i to anyone who wants a sporty car in the +/- $50,000 price range. It is definitely the best driving BMW south if an M3, and is probably the best of all of BMW’s 35i models. I honestly wouldn’t even consider a 435i with the M235i around for less money. 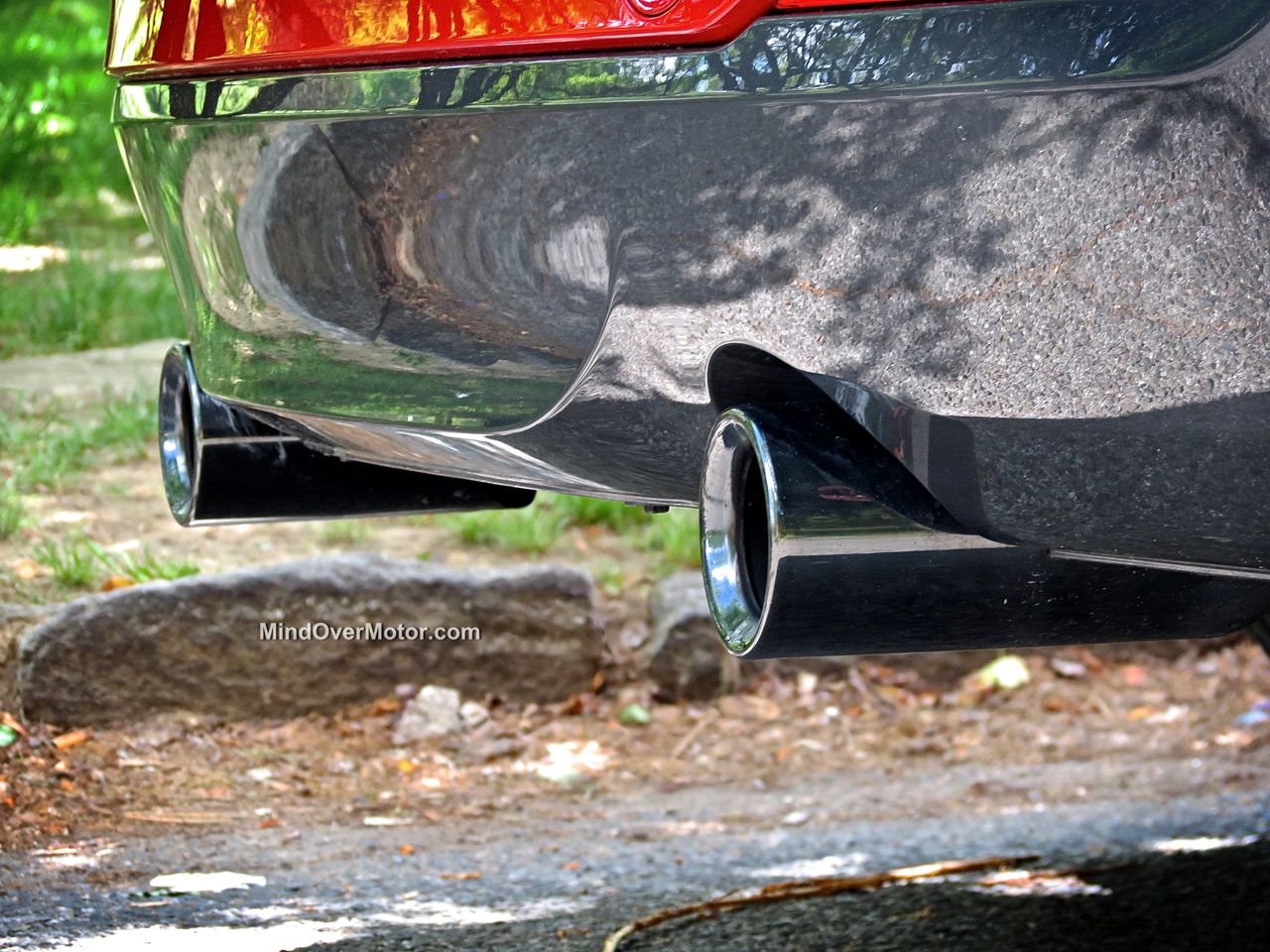 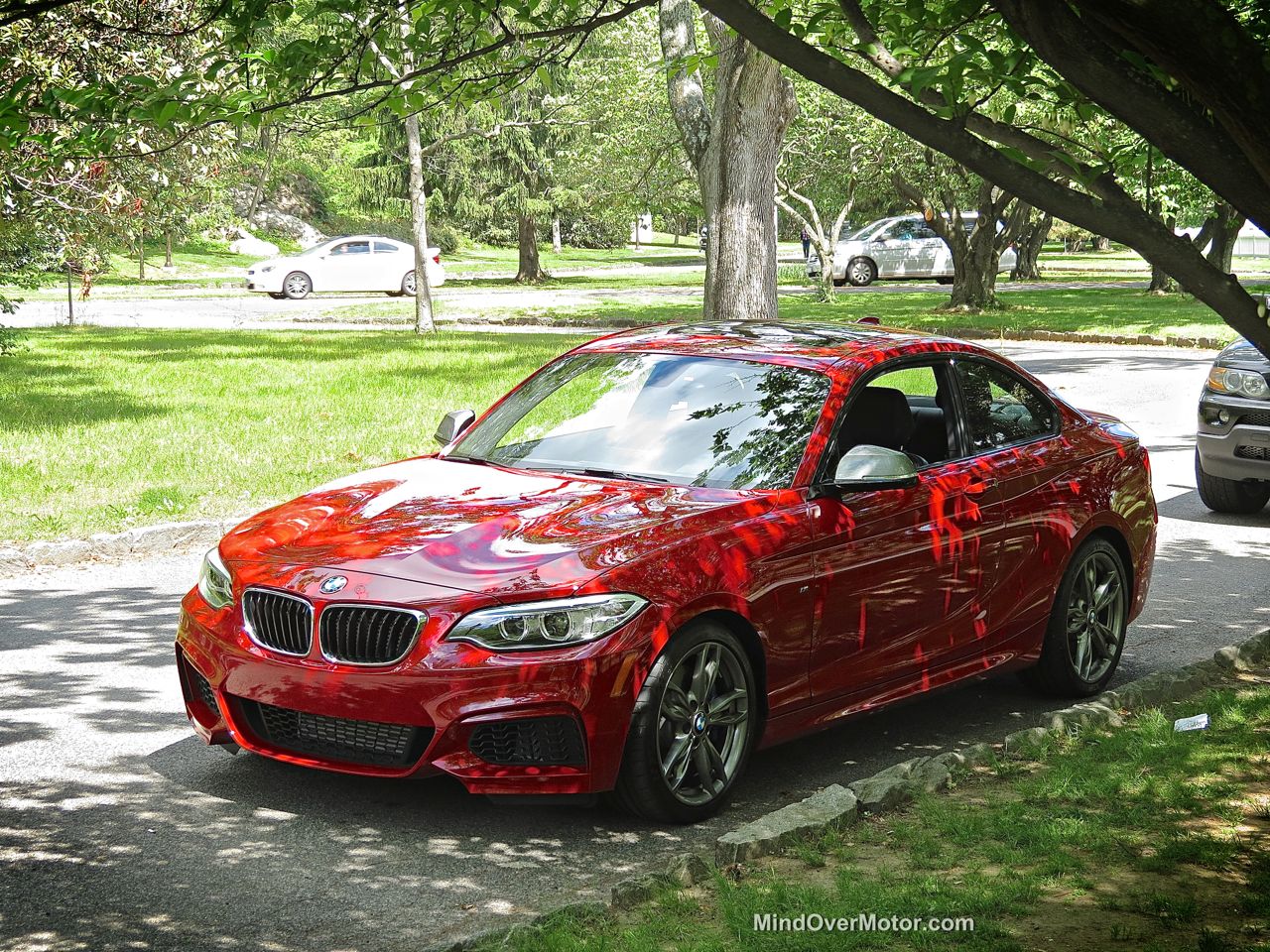 As for other competitors, the new Ford Mustang lineup could pose an interesting challenge to the M235i because supposedly it’s going to be more of a sports car than a muscle car this time around. We’ll have to see how it fares when we try the new Mustang out later on.

Buyers wanting a fast luxury car, but not necessarily a purist’s sports car, will also consider the Mercedes CLA45 AMG and the Audi S3. Both the Merc and the Audi offer potent all wheel drive performance, and both have four doors to the Bimmer’s two doors. Pricing for the Mercedes starts at around $47,000, and the Audi’s pricing has yet to be officially announced, but is expected to be in the low $40,000’s, much closer to the BMW’s starting price. I haven’t driven the S3 or CLA45 AMG yet, so I can’t tell you which I prefer, however, I can tell you that you cannot go wrong buying an M235i because it is well worth the money. 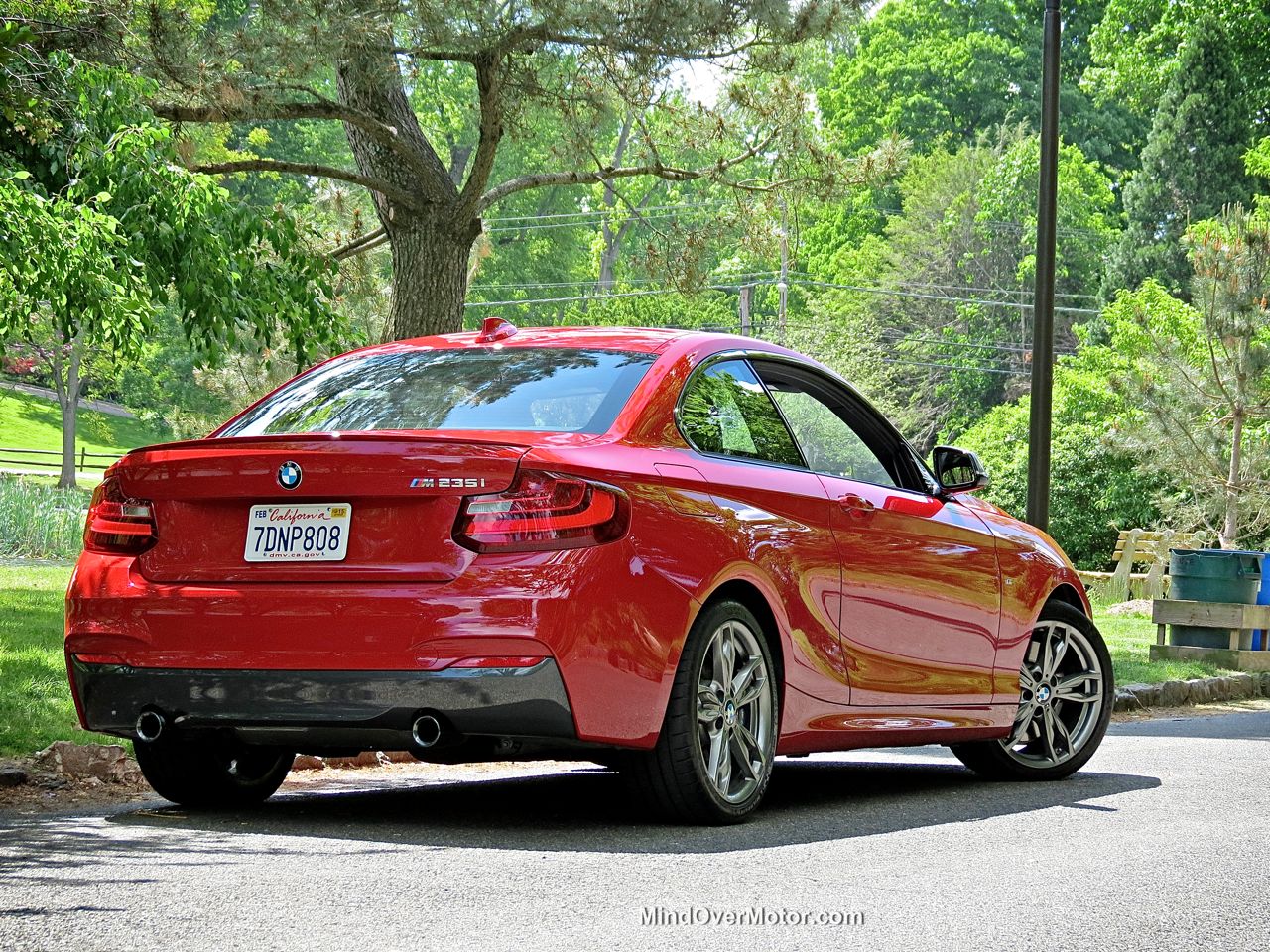 So BMW’s traditional formula seems alive and well in the modern age of the automobile. Old-school driving purists will still prefer the feel of late-model BMWs, but for most buyers, the M235i will be fantastic.

I think BMW has taken an interesting approach with the M235i, allowing it to be a sports car or a luxury coupe, depending on which options are fitted. For me, I think about what the M235i could be with the enthusist options fitted, and some basic modifications done — a 450hp (370rwhp) sports car that will show an Audi R8 what a set of taillights look like.

The M235i may not be a full-on M-car (wait for the M2 for that), but it is certainly a fantastic BMW sports car in the proper sense. I’d say it’s the best BMW model you can buy for $50 grand, and it’s also a contender for the best sports car you can by for $50 grand. Sometimes BMW makes me wonder what they are thinking (cough, X4, cough), but the M235i is BMW at their best.