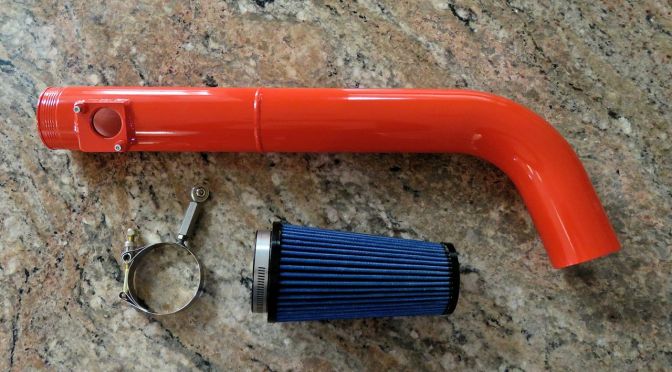 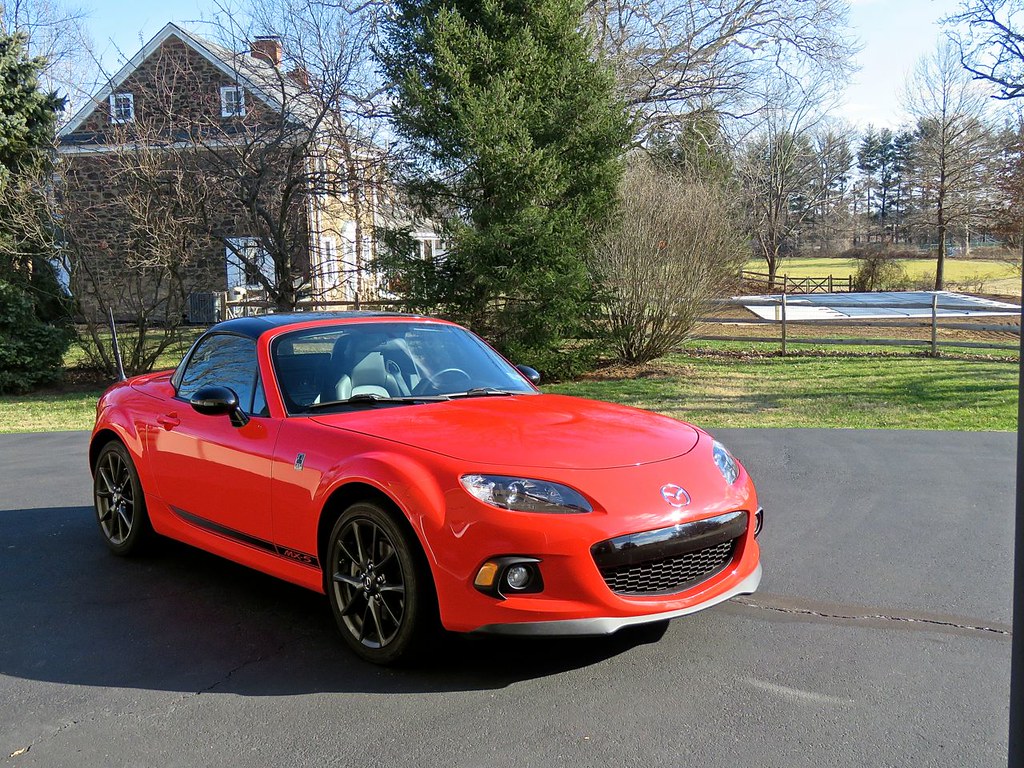 My girlfriend, Gab, and I celebrated our second anniversary as a couple on New Years Eve, and, of course we got each other special anniversary presents. I got her a fancy new French wallet, and she got me a cold air intake for my Miata, Ace. New Years day was nice and warm here in the Northeastern USA, so I decided to install the intake so I could enjoy it in the unusually nice winter weather.

The cold air intake is from a company here in PA called Moto East. It’s a quality piece, made of metal with a ceramic coating to help insulate it from the heat of the engine bay. We even had them try and match the coat to the color of the car, although the pantone I supplied is a little more orange than the paint job (totally my mistake, and totally NBD). They did a great job. 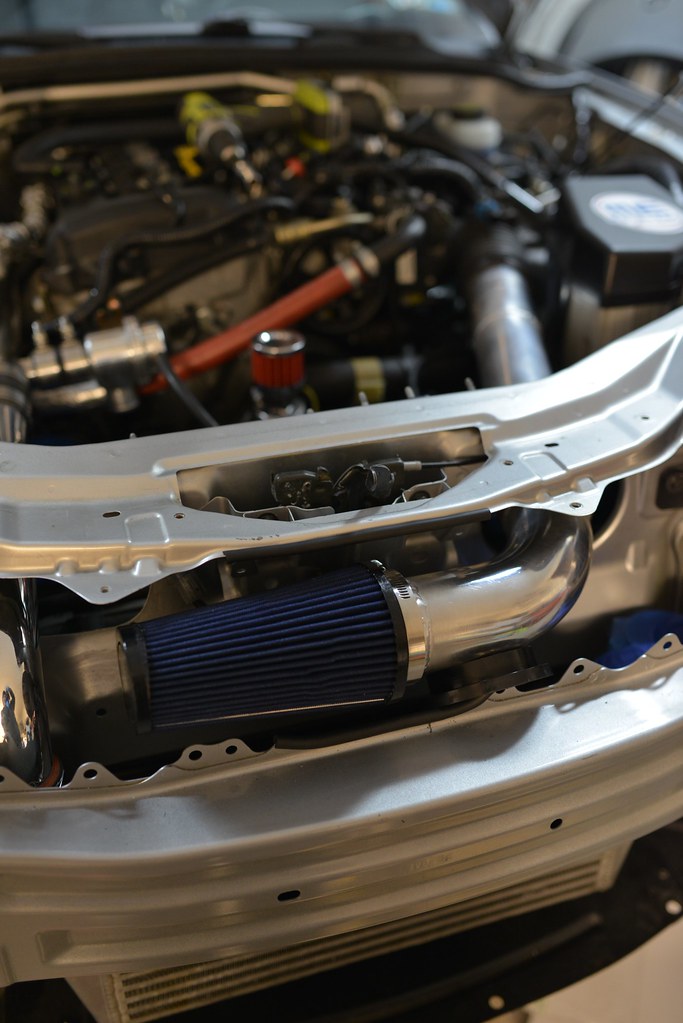 The Moto East cold air intake sticks way up into the nose of the car, right in front of the hood latch. That’s where the stock intake’s inlet tubing begins, and that’s where the cold air is. The only issue, is that installing this intake absolutely does require you to remove the front bumper, or at least pop off the top half and tilt it forward. It was definitely more of a project than a  lot of intakes I’ve installed, but it was still totally do-able in my driveway. In hindsight I should have allotted more time, though, because I wound up being a little late for lunch with Gab’s family.

This is the only criticism I have so far for Moto East. They don’t have install instructions in the package or on their website (at least not linked on the product page itself), so you kind of need to figure things out as you go. The process itself was pretty simple, but it would have been nice to know I’d have to remove the bumper to take the stock intake assembly out ahead of time. Moto East’s website  says the intake with the smaller filter doesn’t require the bumper to come off to be removed, and that may be so once it’s been installed, but it’s slightly misleading on the front end, in my opinion.

Once the stock intake was out, fitting the Moto East intake was very easy. The design seems solid thus far, with the adjustable bracket holding it in place. By the time I got the intake in, though, I was on a time crunch, so I didn’t snap my own pics with the bumper off (see their pic above). 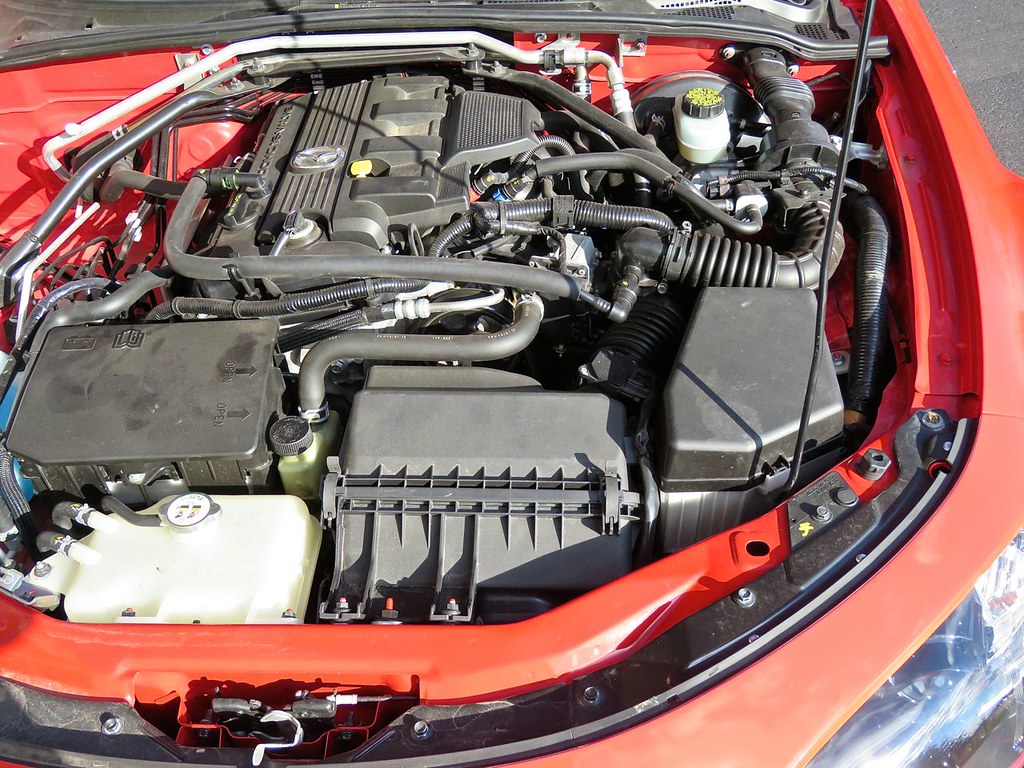 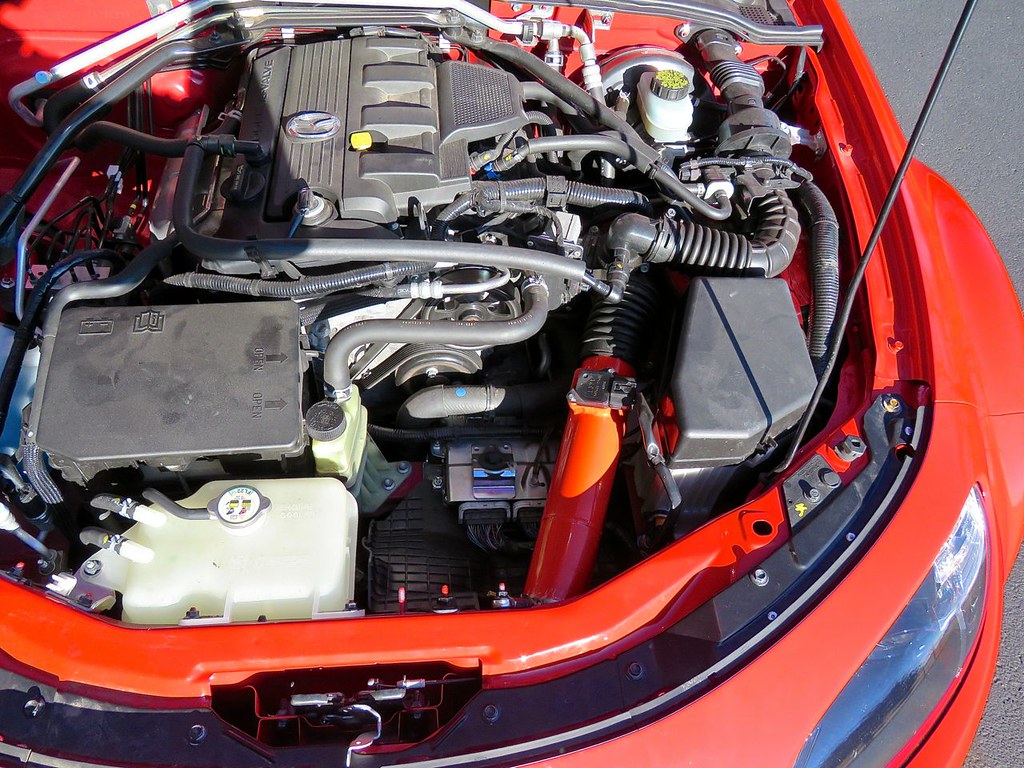 I quickly got the bumper back on, and it was time to drive a hurried 16 miles to Gab’s parent’s house. Even just starting the car I could hear a noticeable difference in the sound of the engine, but out on the road it became very clear that Moto East’s cold air intake would deliver everything I had hoped that it would.

Mazda put a sound tube in the stock intake, and it made a nice little hum when I got hard on the throttle. The Moto East intake mounts to the elbow where the sound tube is located, so it remains in place, bringing a more glorious noise into the cabin. That said what was once just a pleasant hum, is now a satisfying growl. Burying my foot in the throttle is now that much more addictive.

I’m also pleased to report a noticeable gain in performance. It’s not “much” faster, but the engine does pull noticeably stronger in the mid to high rev range. Compared to my drive before the install, it felt like the engine had been liberated of any restriction to its breath. It’s not something I noticed until after installing the intake, but the stock airbox really does hold the littel 2.0L back, especially at higher speeds when the revs stay high. It feels like it’s got more legs, especially as the speed climbs.

So far I’m thrilled with my Moto East cold air intake on my NC Miata Club Edition. I’ve driven it around 100 miles since install, but at this point it’s delivering everything I had hoped it would.