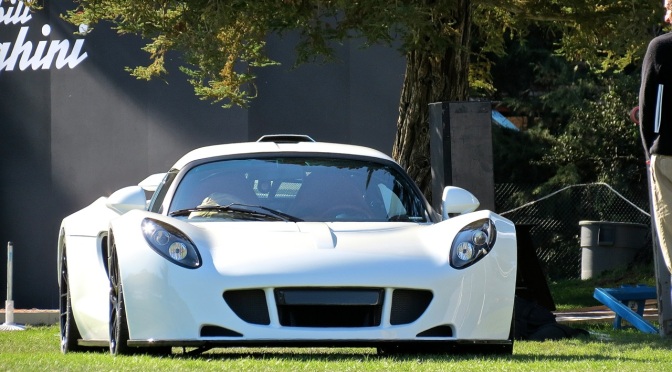 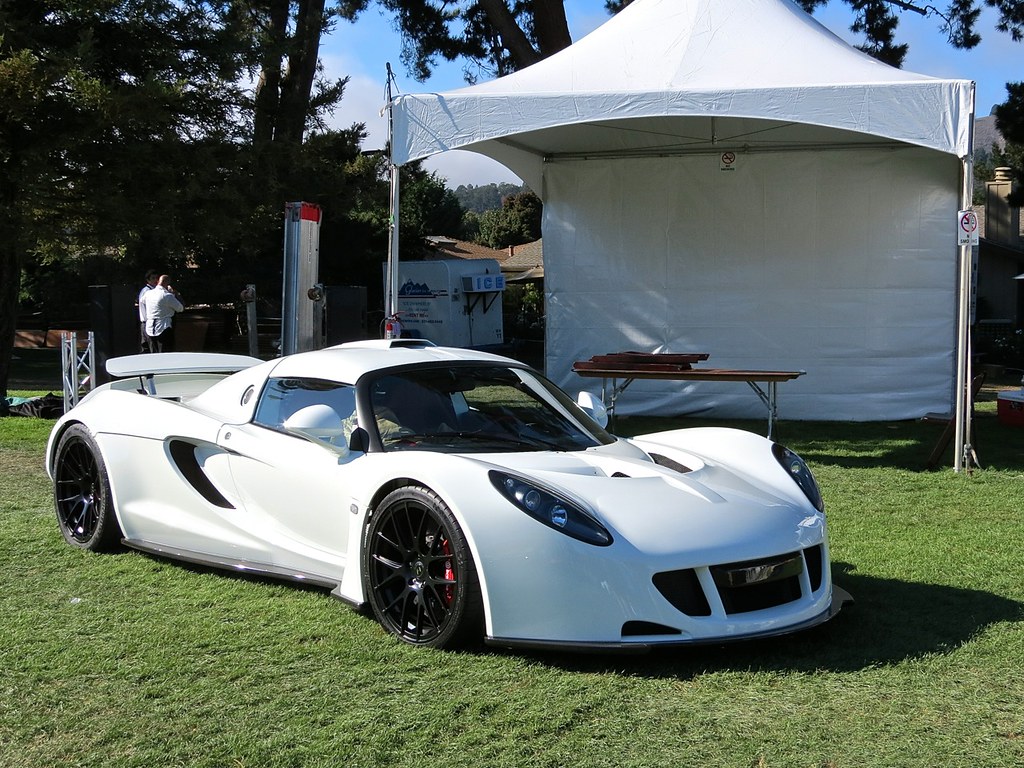 I think white is an especially menacing color on the Hennessey Venom GT. It’s like an angry ghost, ready to possess you with an insatiable desire for speed.

This one was on display at The Quail, just after the Venom GT had made its 270mph run. This is definitely one of the most insane machines you’ll find on the road.

END_OF_DOCUMENT_TOKEN_TO_BE_REPLACED 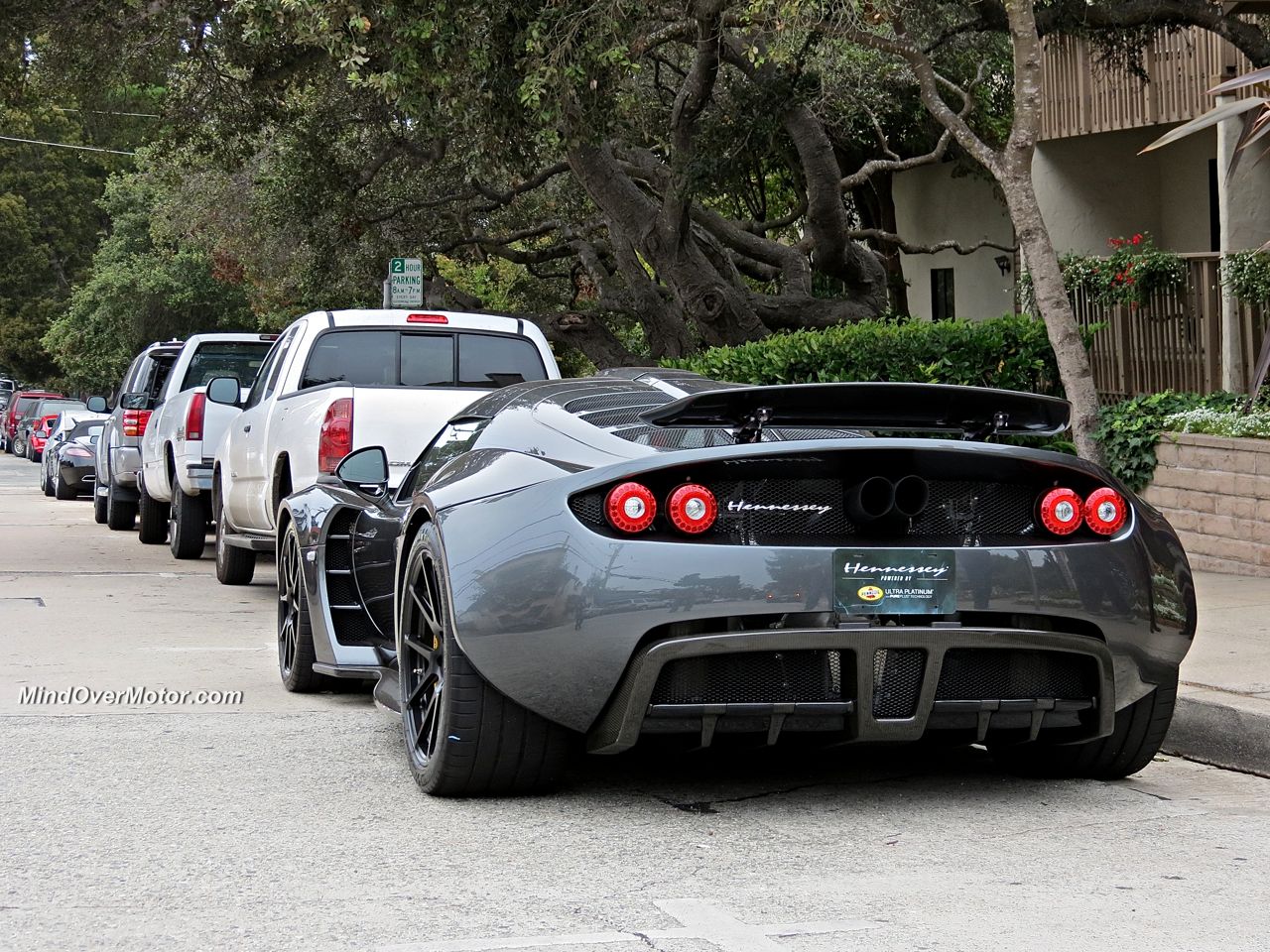 There are exotic cars, and then there are hyper-exotic cars. During Monterey Car Week, you get used to seeing the “normal” exotic cars, but seeing a hyper-exotic will still make you go absolutely crazy. Running recklessly through the street or parking in a tow-away zone, you are willing to take the risk just so you can get a photo of such a beast in the wild. The car we have here is just such a thing. It is a Hennessey Venom GT, for those of you unfamiliar at first sight.

It is a very special occasion seeing the fastest street-legal car on Earth out in contrast with the real, often mundane world. With minivans and pickup trucks all around, the 270mph-capable Venom GT looked totally evil and menacing. I mean think about that for a second. I generally consider a Porsche Cayman S to be a pretty fast car, and that has a top speed of around 170mph. This Hennessey will do an entire 100mph more than that!

The Venom GT draws a ton of attention to itself too. It is obscenely wide, so it pokes out past the line of other parked cars, and those huge rear tires leave no guesses as to the car’s high performance capabilities. Simply put, the Venom GT is one seriously bad Mo-Fo.

This was actually John Hennessey’s personal car, and it was parked outside the hotel he was staying at in Carmel, CA. Even among the other hyper-exotic cars we caught roaming the public streets this summer, this brutal Hennessey Venom GT left a lasting impression on us. 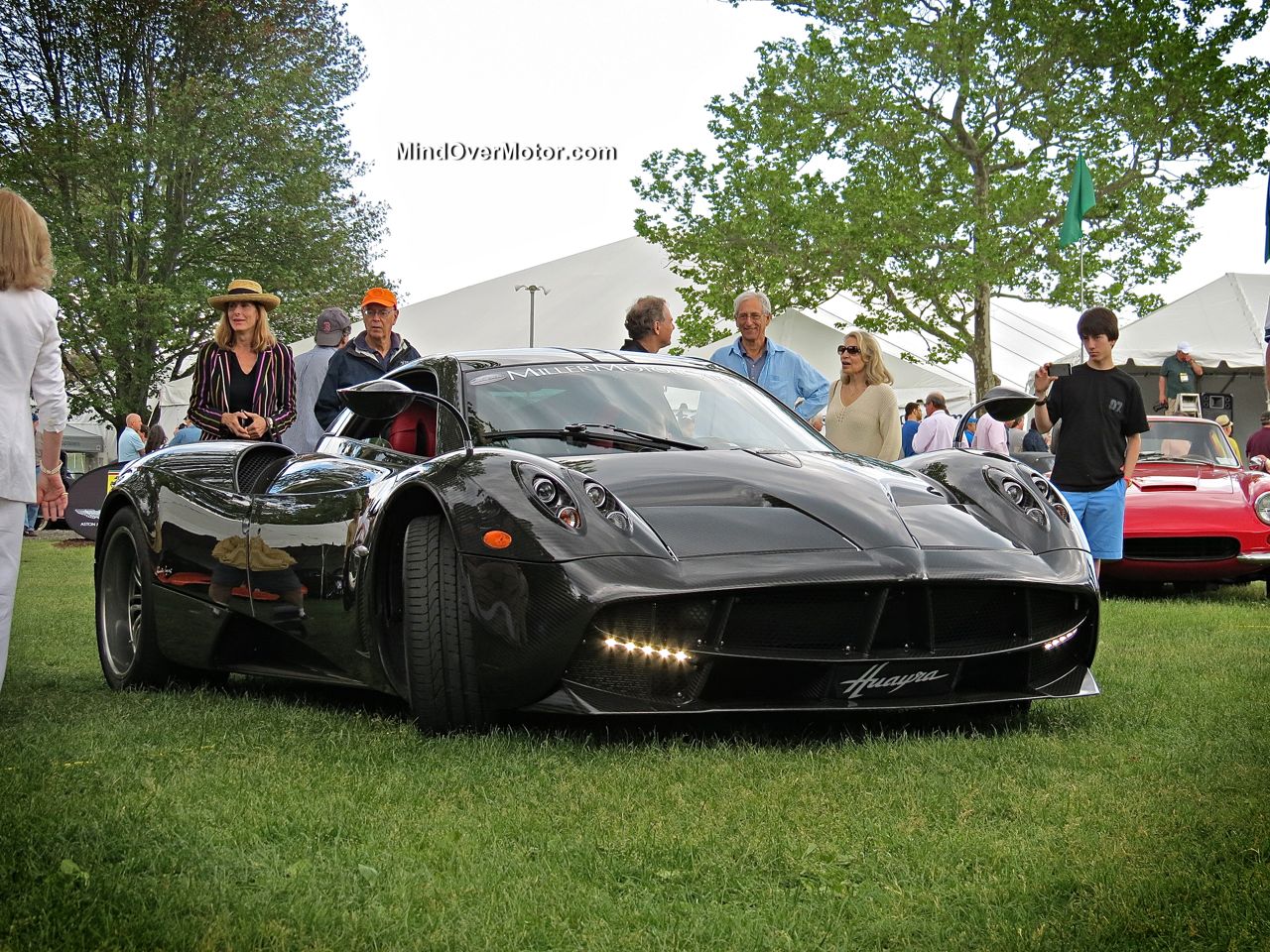 END_OF_DOCUMENT_TOKEN_TO_BE_REPLACED

We want to throw out a big congratulations to Hennessey Performance Engineering on their record-setting, 270mph run in the Venom GT. The run was doused with an extra helping of awesome because it was held at the Kennedy Space Center’s 3.2 mile runway… you cannot get more ‘Murica if you tried!

For those unfamiliar, the Hennessey Venom GT is a million dollar hypercar produced in very limited numbers by Hennessey Performance Engineering in Texas. It is powered by a twin turbocharged V8 that makes 1244hp, and only runs on the finest concoction of Freedom and Liberty that money can buy. Computers have said all along that the Venom GT should be able to hit the 270mph mark, but now it has been definitively proven. In fact, Hennessey said that the Venom GT was still gaining 1mph second when it passed 270mph, and that means 280mph could be a possibility with another couple miles of straight, flat tarmac.

Now, they weren’t able to do a conformation run in the opposite direction, so the record doesn’t stand for the Guiness Book of World Records, but let’s all be real here, people, 270mph is 270mph. The Venom GT is now officially the fastest production car on Earth, at least for the time being, so let’s all give credit where credit is due.

I know I have been critical of the Venom GT in the past, and I still am to this day. There is no denying its awesome performance, though, and the scale of Hennessey Performance Engineering’s achievement. For all intents and purposes, what has happened here is a David and Goliath scenario. A small performance shop in Texas has succeeded in toppling the technological masterpiece, and flagship, of one of the largest automotive corporations in the world, Volkswagen, despite their comparatively unlimited resources.

200mph with the roof down, in one of the fastest cars on the planet, the Hennessy Venom GT. 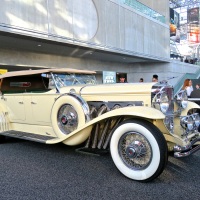