END_OF_DOCUMENT_TOKEN_TO_BE_REPLACED

Podcast 5 is here. Give it a listen. 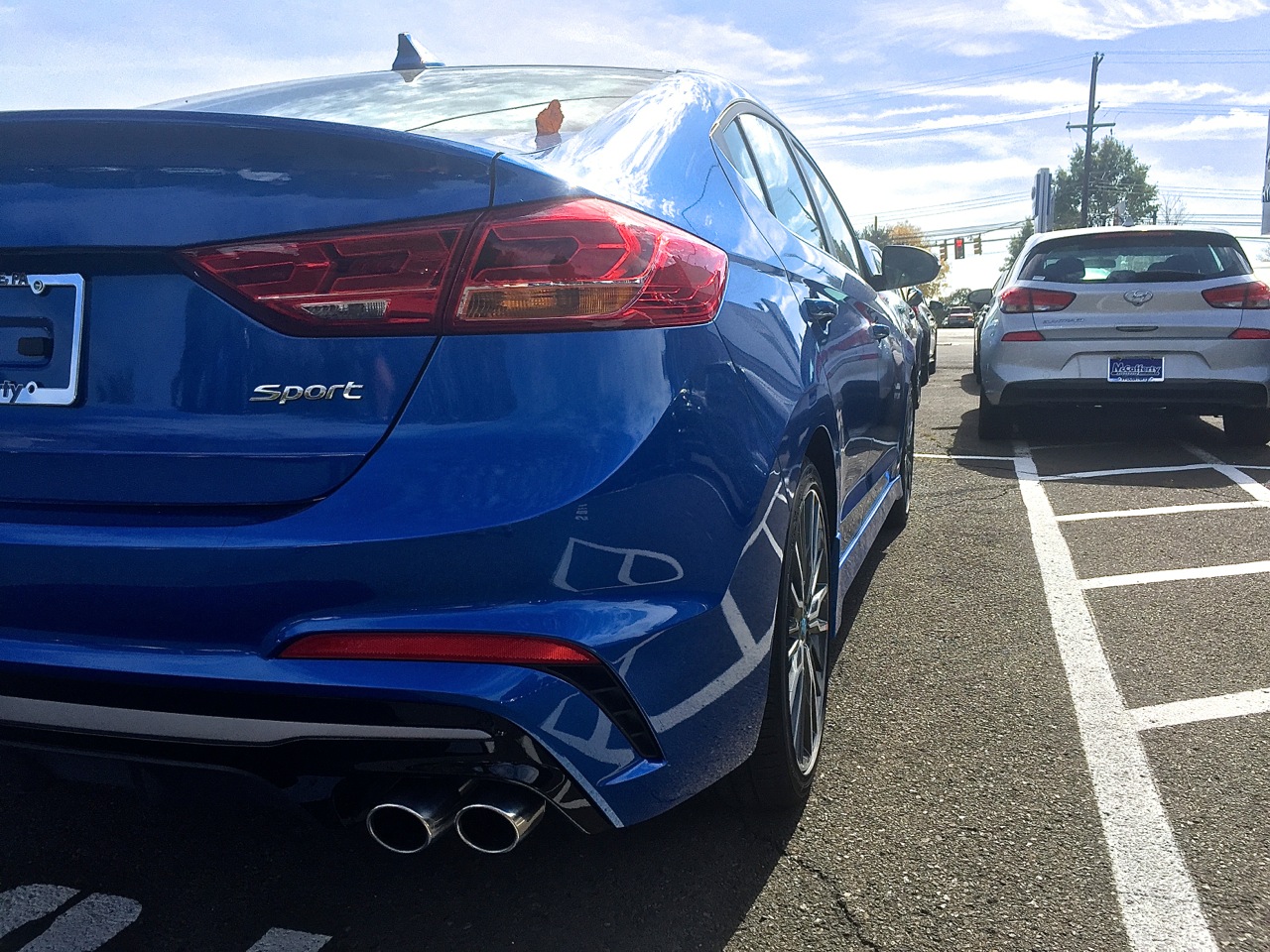 Many good things in life fly just under the radar. Like the other day when I went to lunch at work, and noticed a bright blue Hyundai Elantra parked out front. The color caught my eye, but I figured it was just another Elantra. Then I noticed the wheels, the slightly aggressive body styling, and the dual exhaust tips protruding from the diffuser-looking rear valance. I thought to myself, “Damn, Hyundai is really trying to make the Elantra look like a performance model.” I saw the word “Sport” displayed on the back, and the subtle “Turbo” badge on the front grill. That prompted me to get out my phone and Google the Elantra Sport over lunch. What I found out was very intriguing.

END_OF_DOCUMENT_TOKEN_TO_BE_REPLACED

Hyundai has transformed itself over the last decade, going from the stereotype maker of cheap jalopies to a company that is now taking on the biggest names in the luxury market. The Equus you see here is the culmination of those efforts, a car that claims to strike directly at the standard of the world, the Mercedes S class.

It is really crazy to think that the same company which makes the economy-minded Elantra can also produce this posh luxury bruiser. Other companies, like Honda and Toyota, created whole new brands (Acura and Lexus) for their upmarket efforts in the US, but Hyundai has decided to keep everything under one flag.

This does beg some questions: Can the Equus really work as a Hyundai in a country where people are obsessed purely with their own self image? And furthermore, if we put the Equus up against its claimed competitors, will it stand up to the challenge?

END_OF_DOCUMENT_TOKEN_TO_BE_REPLACED

Hyundai has no secrets in its intentions. Since 2009, this company has managed to make itself look leagues better than almost everyone. When one company screws up in the news, Hyundai has a positive headline on the same page of the local newspaper. Somehow, they can make the entry-level Accent and Elantra and sell them in the same dealers as the high-end Genesis sedan, as well as the subject of this review, the flagship Equus. No other car company can sell a range as diverse as this under the same franchise roof. Hyundai bills the big Equus as a car to fight the S-Class for a much lower price. On paper, that’s quite a clear truth, but I had to drive it to see if that advertising line lives up to its billing.