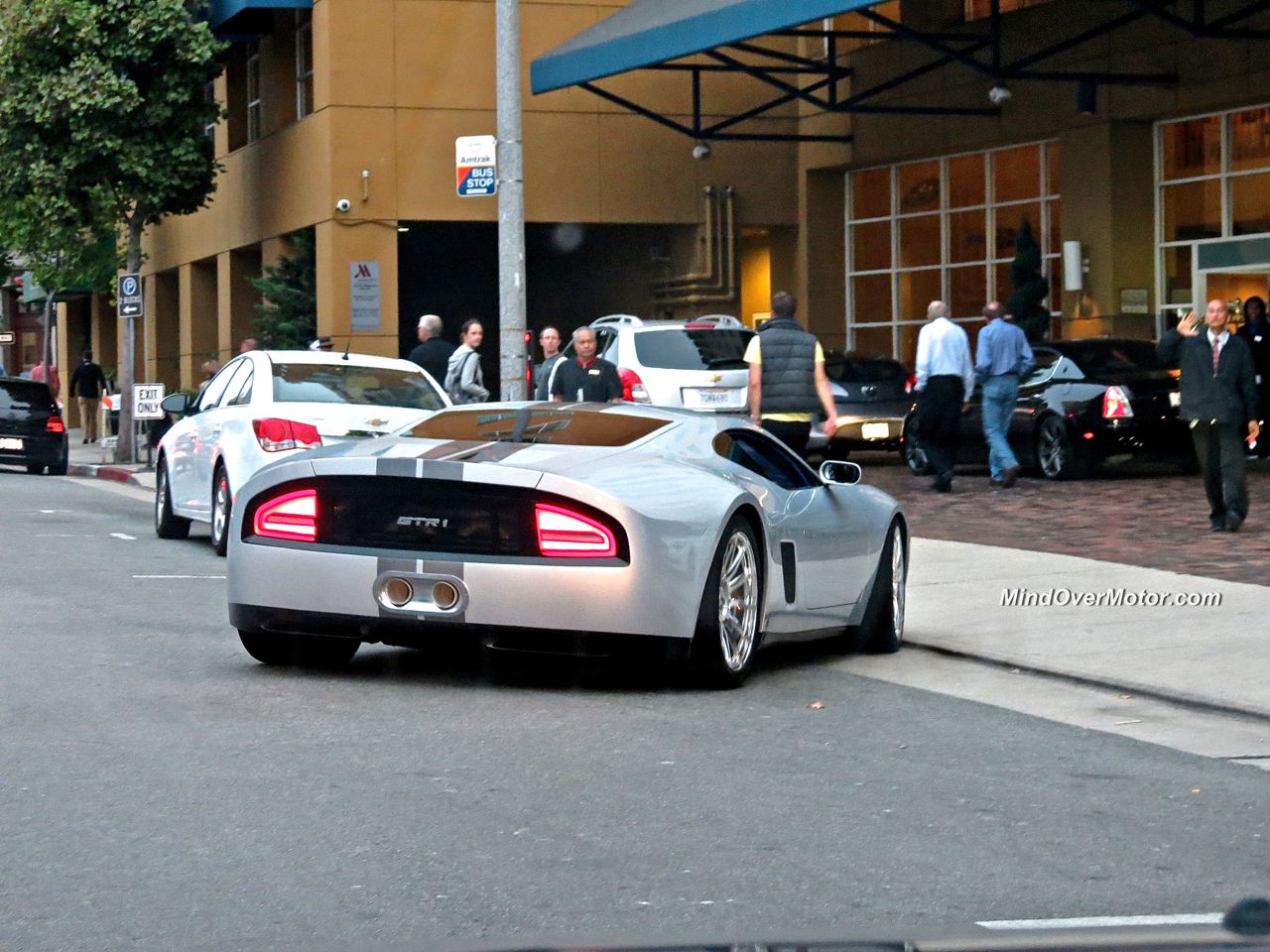 When we saw this Galpin GTR1 out rolling on the streets of Monterey, we flipped out, thinking it was a concept for a new Ford GT. Utilizing our smart phones, we quickly realized that our memories were quite fuzzy. We knew we recognized the car from somewhere, and, as it turns out, this Galipin GTR1 was released at Pebble Beach in 2013, so we had seen it before.

This spot was made no less awesome once we realized it was a Galpin, though, as the Galpin GTR1 is about as exotic as cars come. Galpin initially only planned to make as many as 24 GTR1s total, but I’m not sure how many have actually been built to date.

Based in California, Galpin Auto Sports sells customized vehicles as a subsidiary of Galpin Motors, which is the number one volume selling Ford dealership in the world. Also of note, Galpin Auto Sports was the shop featured in the 5th and 6th seasons of MTV’s Pimp My Ride.

The GTR1 is based on the Ford GT, but the engine has been heavily modified to over 1000hp, and the interior and exterior have been significantly revised. The car is really quite something, and it definitely dropped our jaws for the few seconds we were able to see it out in the real world, before it disappeared into a hotel car park.