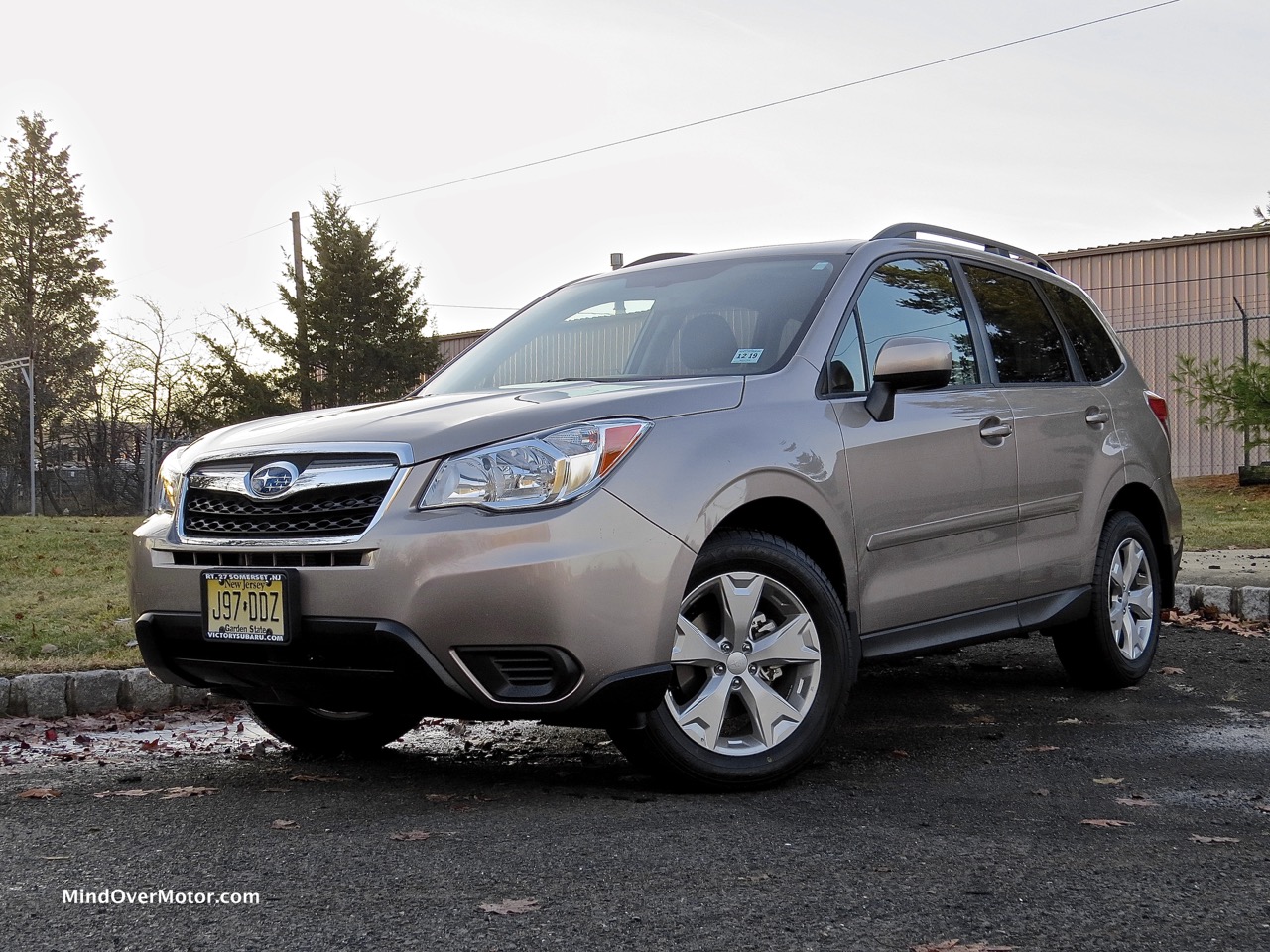 Monday morning, I go out to start the Subaru Legacy GT, back in early December 2014. It’s cold outside and I’m in no mood to deal with things going wrong. I’m greeted by an angry-looking little red light on the dashboard shaped like a battery. When it’s getting colder outside, this is the one light I wish didn’t exist. Too bad. My alternator had started to fail, and fail it did, just 12 hours later. I got a tan Forester as a loaner, which was miles better than calling a cab that smelled like pee for five days. 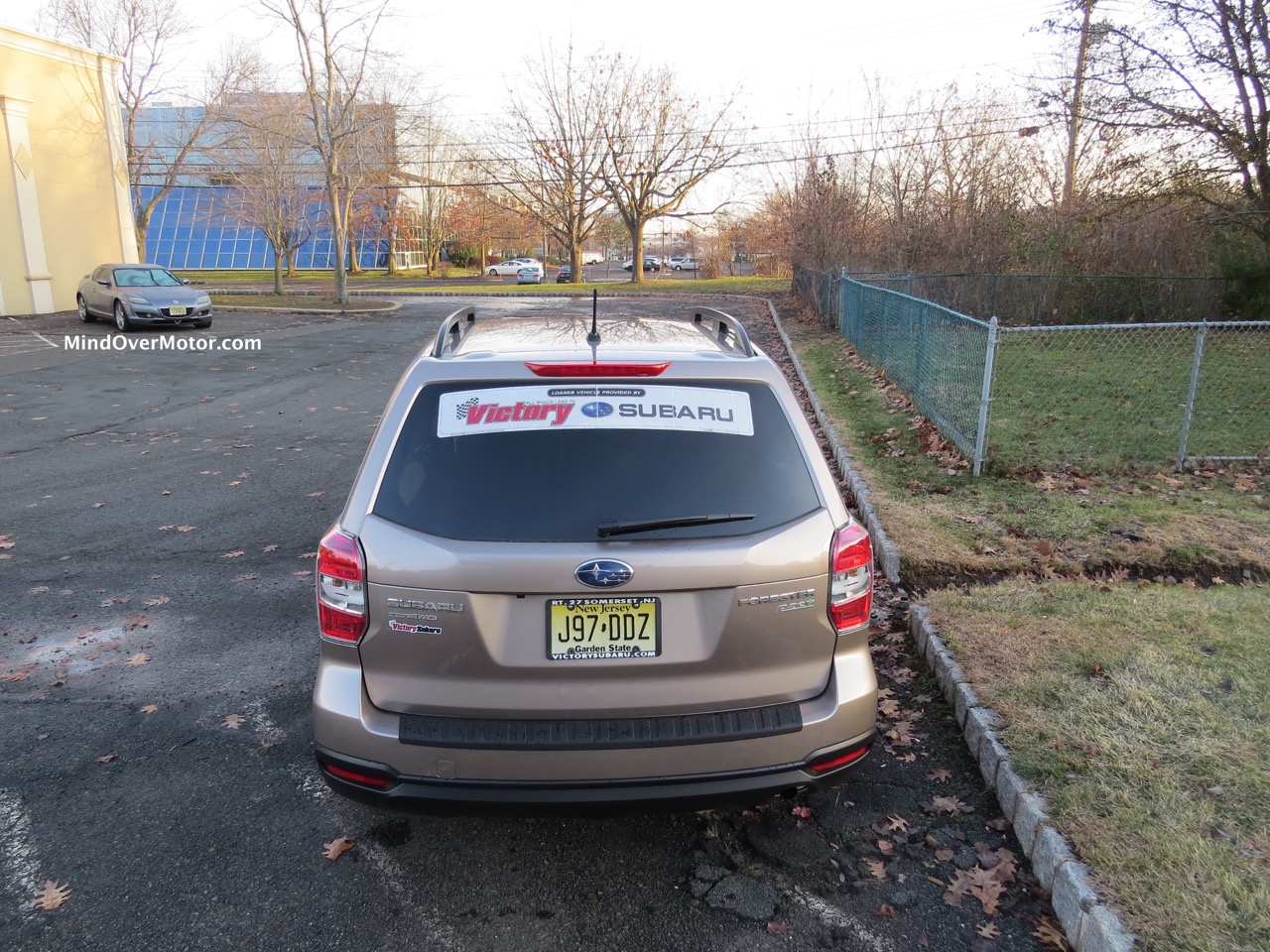 The Looks:
Subaru redesigned the Forester in 2014 and won SUV Of The Year in quick fashion. My cousin and her boyfriend out in San Francisco own a 2.0XT model in dark gray and my first impressions were great. The styling is almost like an anime-ified version of the first-gen model, itself a reasonably styled little trucklet. It’s cartoonish, but it isn’t at all ugly. The rear end does look a bit anonymous but other than that, the exterior isn’t bad. 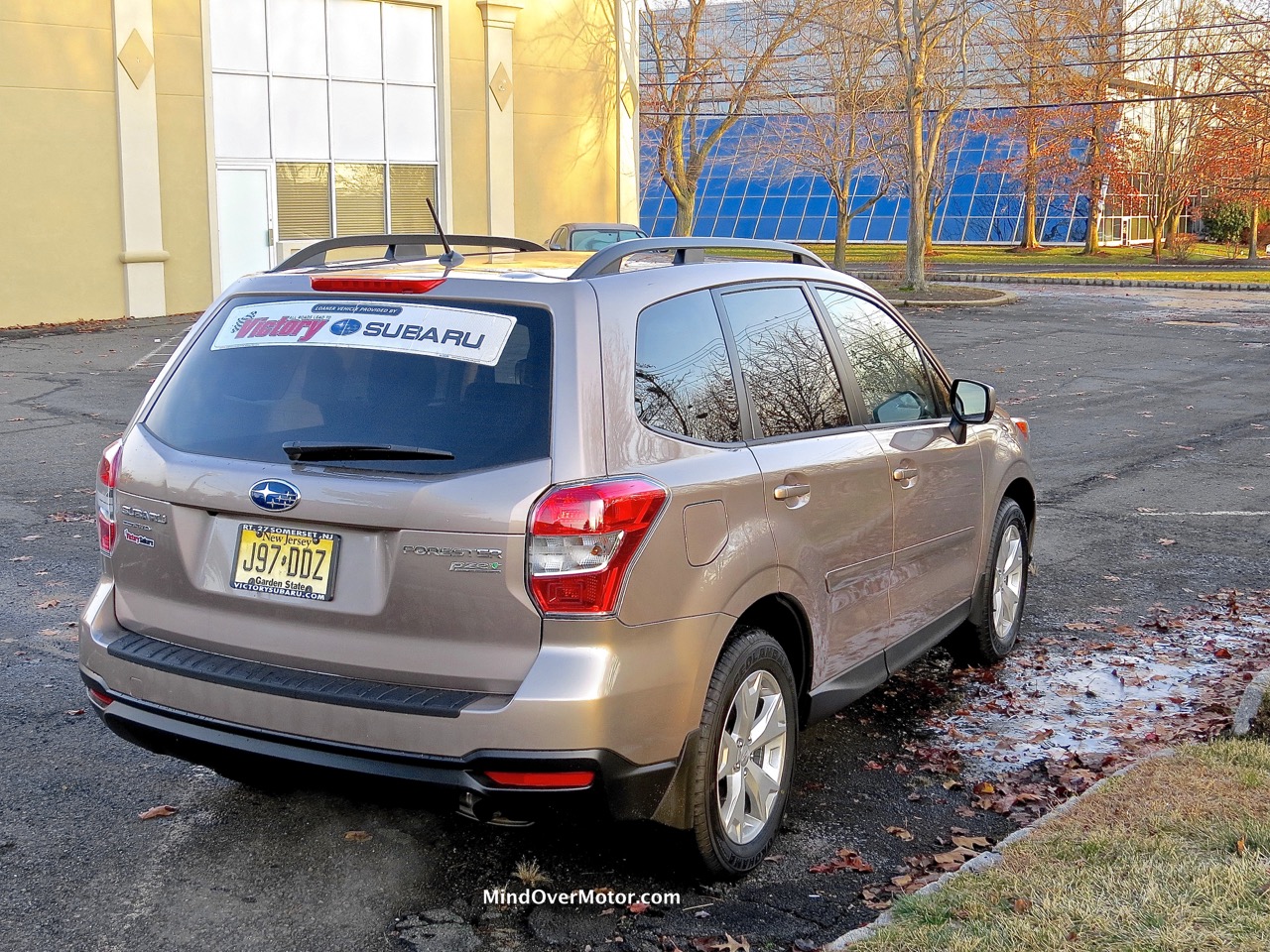 The interior, like most modern Subarus, is pretty pedestrian when it comes to style. Subaru has a penchant for function over form, which I like–and this is just about the epitome. The display screen above the stereo, however, is a great feature even though it’s only a screen and has no touch feature. However, the drab plastics really are a letdown, even though this is a sub-$30,000 CUV and a base model. If GM and Ford are capable of making plastics look attractive in 2014-2015, then Subaru is more than able to do the same. 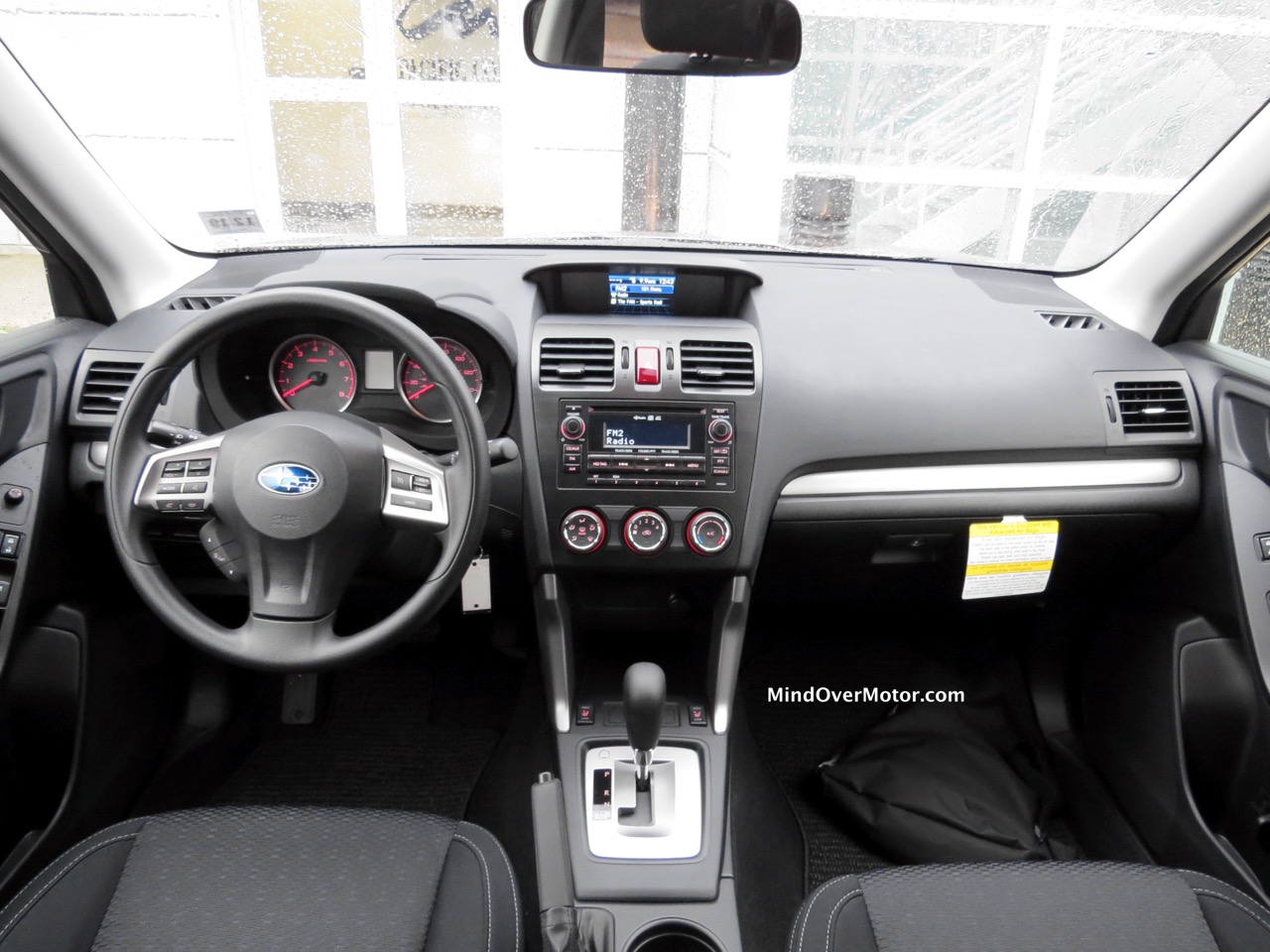 The Forester is another example of where Subaru builds stuff to a higher price point than which they sell. The level of fit and finish, even on this base-model 2.0X Premium, was great, with a deep shine on the paint and thick window finish. The doors felt nice and heavy and the brightwork looked more expensive than the price suggested. That there’s bars for a roof rack and a massive sunroof helps to justify the truck as well. 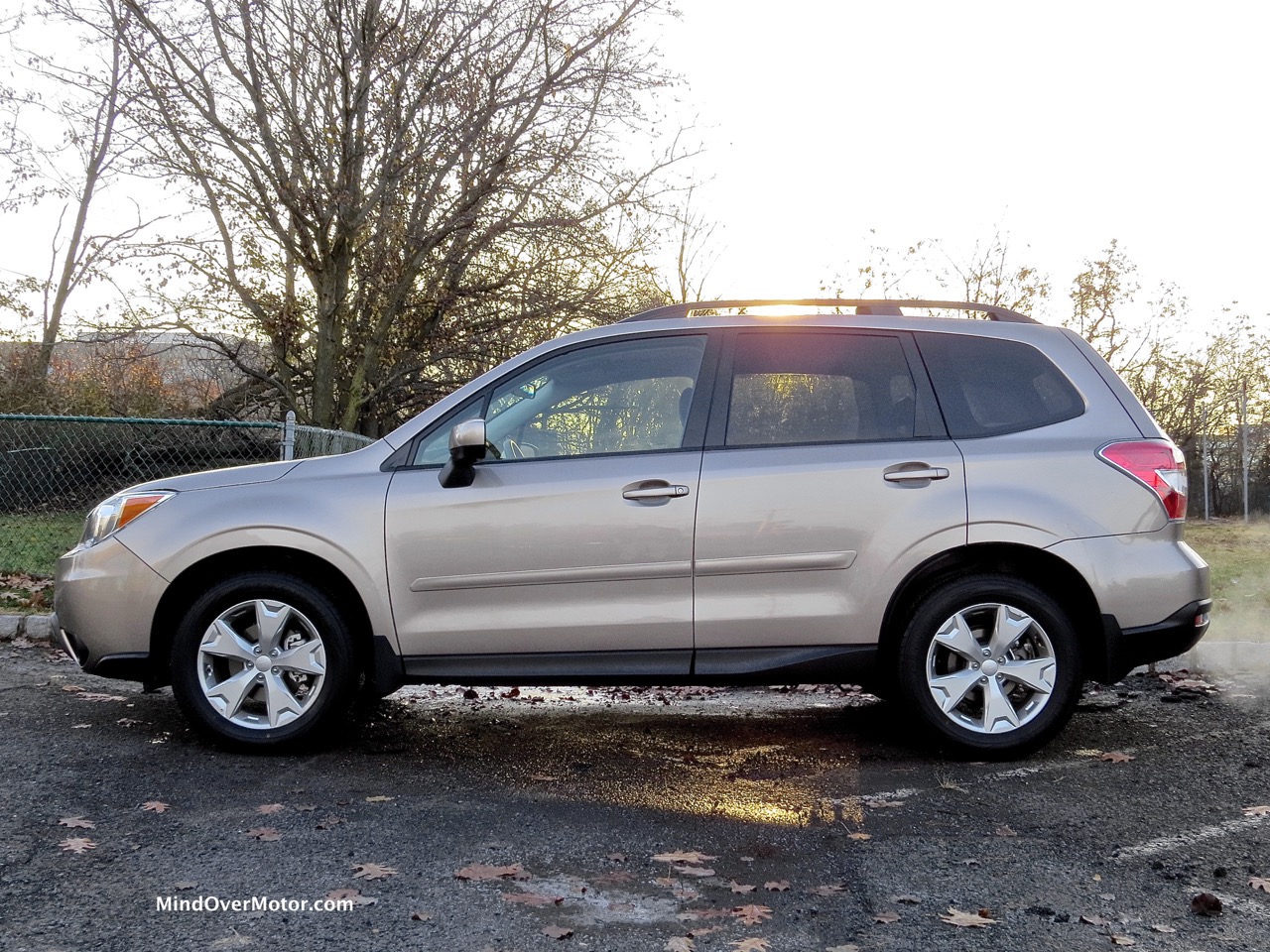 Inside, the level of equipment is satisfying and the materials, although somewhat low-rent, are very well screwed together. On the road, there’s no squeaks or rattles, and all of the buttons are placed in logical positions. I especially appreciated the massive climate control knobs (base models lack automatic climate control), which are easy to operate when wearing gloves or even potentially mittens. Just that aspect indicated to me that Subaru knows their best markets (New England, the NY tristate area, and Colorado especially) rather well and won’t risk losing them. 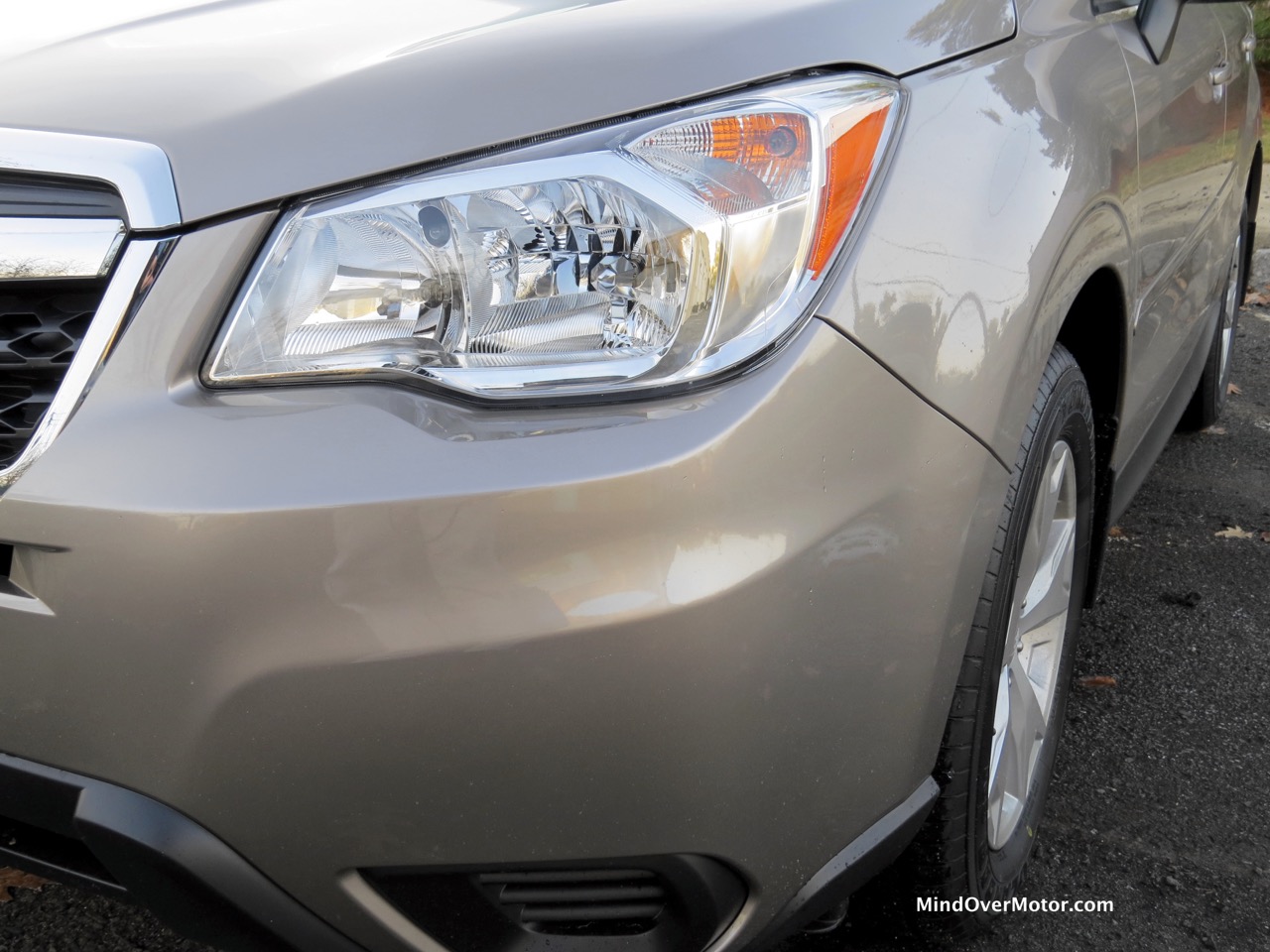 The new Forester packs a new family of engines, replacing the EJ series flat-4 with the new FB series. While the base 2.5L engine is available with either a six-speed manual or the CVT, the new turbocharged 2.0L flat-4 is only available with the CVT at present. When it comes to speed, the Forester 2.5i Premium is not one to chase it. Throttle tip-in, thanks to the CVT transmission, is lively and the crossover takes off pretty well, but midrange power is lacking. There’s a good amount of torque, but expect to press the throttle 3/4 of the way for passing power both on highways and on public city streets. It’s definitely tuned for economy. However, with 170hp on tap, it’s a bit more powerful than the engine it replaced. 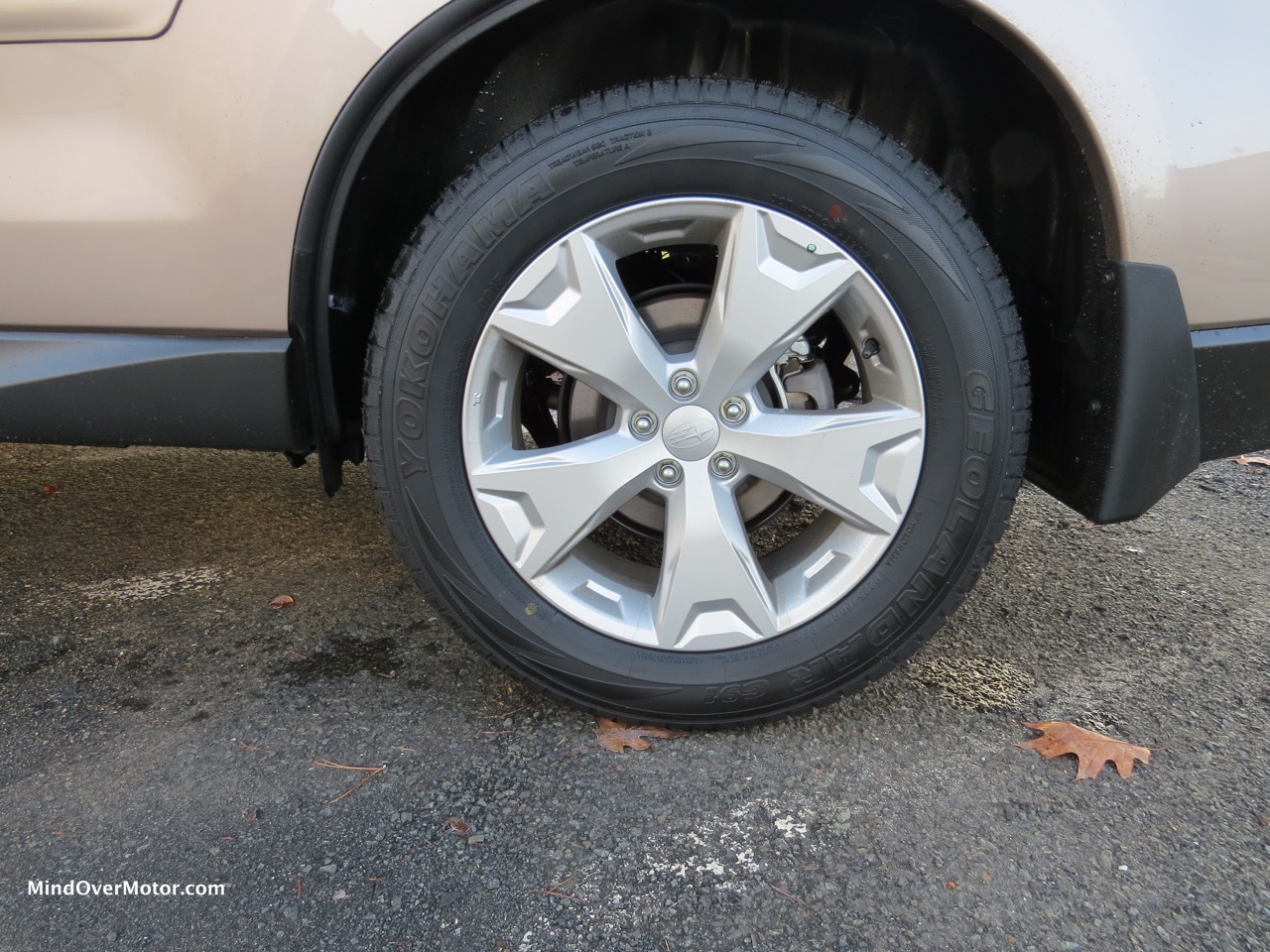 The Forester does handle reasonably well. While I never got a chance to test this one in the snow, I have driven a few others as loaners and I did take one out in heavy snow while the Legacy’s brakes were being fixed. The stock tires aren’t great but the worst part of the car’s chassis is the steering, which is an electric power rack with no feel at all. Body lean is noticeable but it’s not painful, and the brakes are strong, with 4-wheel discs and good pedal feel. Visibility is like being in a fishbowl–everything can be seen, even the homeless guy asking me for money in New Brunswick. 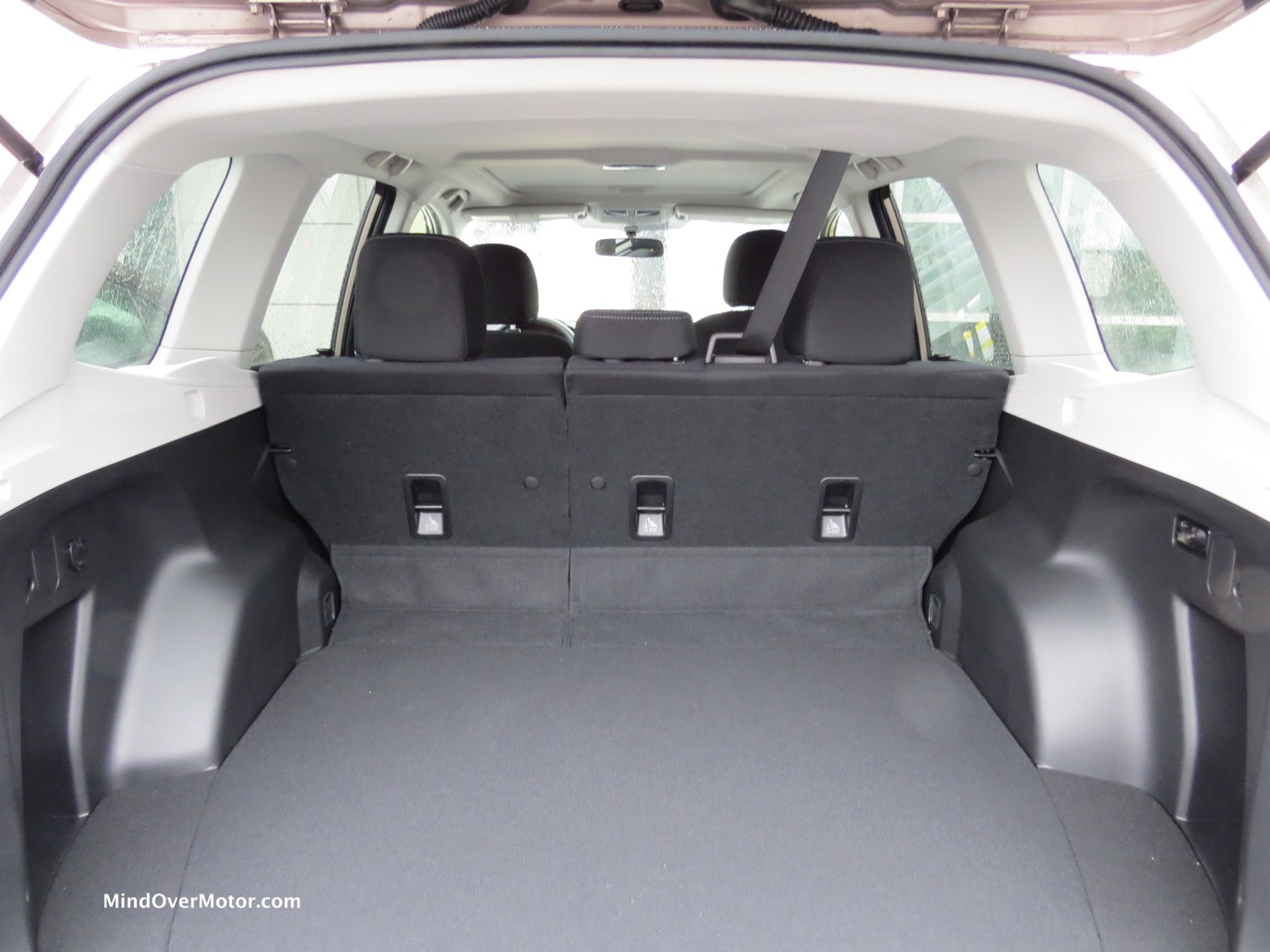 The Forester, as-driven, was $25,595 plus applicable taxes. That included lengthwise roof rails, a sunroof that almost went to the rear seats, 17″ alloy wheels, heated seats, a decent stereo, and Bluetooth. However, the new eyeSight system, which includes blind spot monitors, a few cameras, and radar cruise control, was part of another, more-expensive package. GPS navigation is, suprisngly, an option even on this model, which is just a single step up over the base model Forester. In terms of value, it’s not bad, but for 26 grand, I’d like power seats in my crossover. 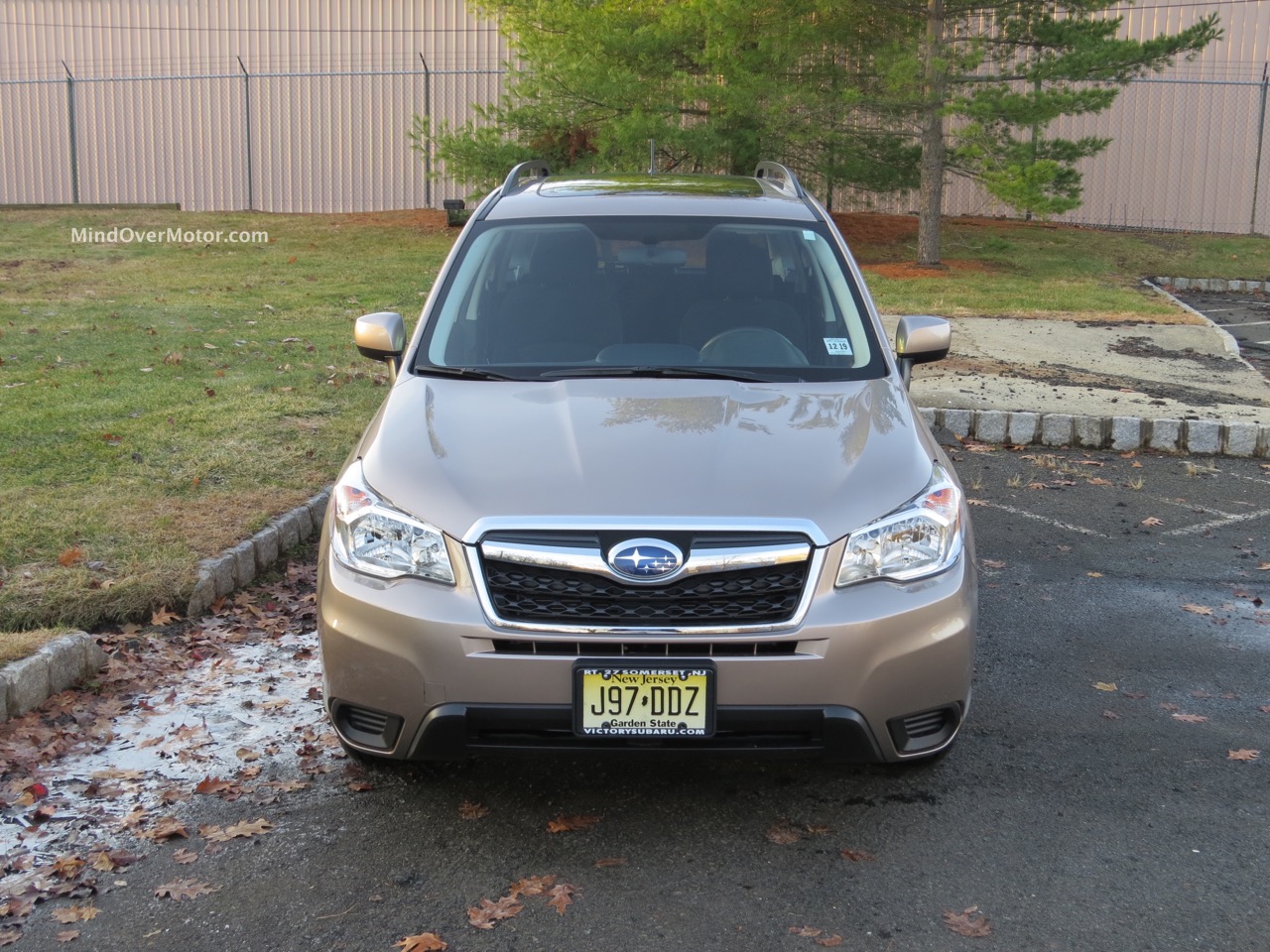 In terms of practicality and how it stacks up against the competition, the cargo room and interior space is excellent. As stated earlier, visibility is excellent and this seems to be a strong vehicle for longer trips–the seats are very comfortable without being overtly spongy (something that I’ve seen on some CUVs over time, especially on my friend’s Escape), the rear seats have enough space for teenagers (if they don’t play football or basketball), and there’s more than enough room out back for sporting equipment, luggage, or enough groceries to feed a bunch of hungry Giants tailgaters. The seats unlatch quickly and fold up and down without much effort.

Overall, considering I needed to get to work, and the Legacy was down an alternator (which was an expensive fix that put me in an rather angry mood for half a week), the new Forester was not just a welcome loaner, but it was a great car to have around for a bit. It’s not a performance CUV, but the XT is available for those who want a taller WRX (although a stick isn’t available). For $26K, I was relatively impressed with it. It won’t set any records, but like the original Foresters, I bet I’ll still be seeing many of these still on the road in 15 years’ time, still being driven by people who swear by Subaru products.

One thought on “2015 Subaru Forester Reviewed (Grade: B)”