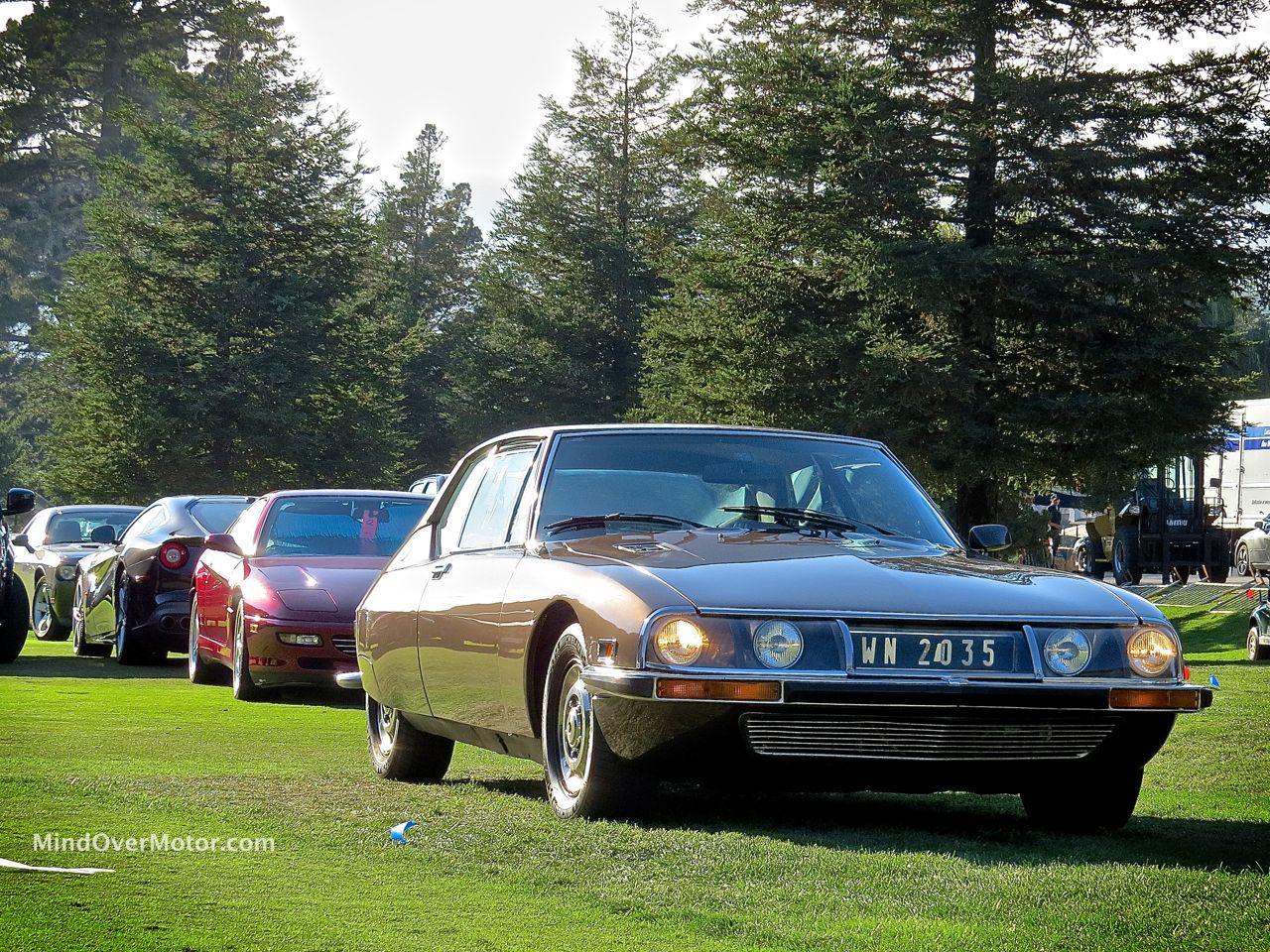 This past week, Nick and I became familiar with how certain cars will show up almost everywhere. Alex Roy, the owner of a Citroen SM, and as a result a man with impeccable taste, was in Monterey all weekend, and we first saw his car parked in the parking lot at The Quail on Friday evening. The next day, Nick and I were looking for a parking spot after spending the entire day at Laguna Seca. We spotted Roy’s SM once again before coming across Michael Musto’s (of /DRIVE’s Big Muscle series) slick black 1968 Dodge Charger, in all of its glory with chrome rims and red Bumble Bee stripes. After taking photos until the sun came down, Nick and I walked down the street and ran into Mike Musto, who we began talking to, until Alex Roy sprinted up the sidewalk at breakneck speeds. When Alex returned and told the two of us possibly the most hilarious pair of stories I’ve ever heard, we spoke to the two of them and found that these two chaps are incomparably hilarious car guys with plenty to say and great taste in automobiles. Enjoy the photos of the Charger and the SM. END_OF_DOCUMENT_TOKEN_TO_BE_REPLACED

Anyone can get excited about driving a viciously fast Ferrari or a swaggin’ Bentley, but the mark of a true car or driving enthusiast is their equal excitement at the thought of driving something quirky, like a Citroen 2CV. Chris Harris has one, and in this episode of his segment on the Drive Network, he takes us out in it to show us what the 2CV is all about.

And now I really want one….

I found this Citroen SM in the parking lot of a hotel yesterday. The SM is a very interesting car. After Citroen purchased Maserati in 1968, they began development on a flagship grand touring car. The SM debuted at the 1970 Geneva Motor Show, and they produced it through 1975. The SM is remains one of the only true gran touring cars to have front wheel drive, with the same Maserati V6 found in the original Quattroporte and Merak under its hood, producing between 170-180hp. Thanks to its sleek aerodynamics, the Citroen SM could reach 140mph, and onwers said it had no problem cruising at a steady 120mph on the autobahn. Today the SM exudes a level of class and style rivaled by few other cars on the road, and that is why I took the time to shoot these pics. Enjoy.