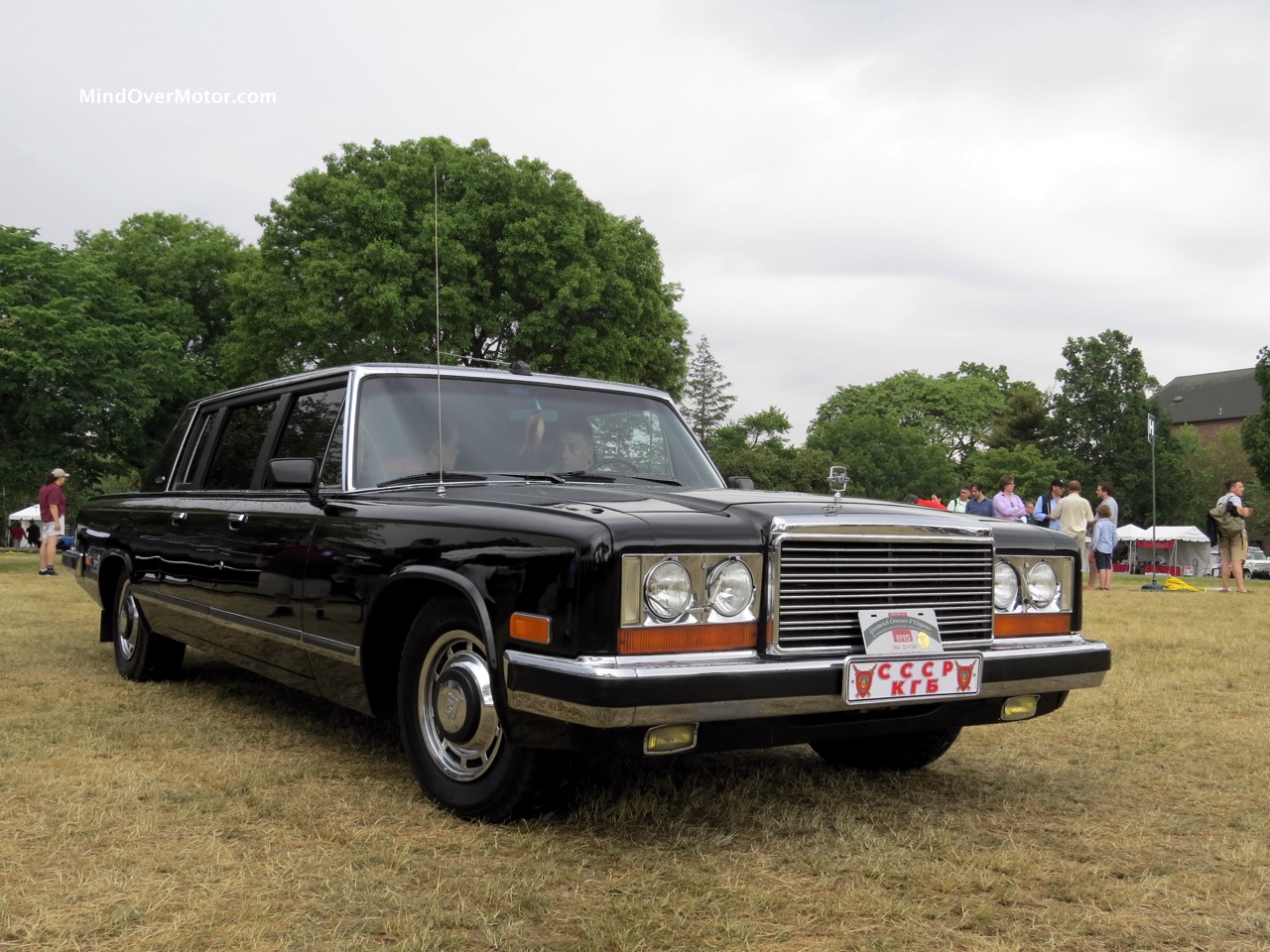 As a state vehicle, the ZiL had to look imposing–so it sports plenty of lights and probably the loudest siren I’ve heard in more than a decade (it nearly took my left eardrum out!). But, the engineers who worked on this car did not stop with just audio/visual cues. This thing weighs over four tons, stretches to over 20 feet long, and packs a 315hp, 7.7L V8 engine with a four-barrel carburetor. It’s not the Beast–but it looks plenty threatening. The doors are bulletproof, and the interior appointments would make a contemporary Rolls-Royce or Mercedes sweat in their moccasins–look at that thick-pile carpeting and puffy leather seats. For years, in the Communist world, all were created equal–but some were more equal than others, and for the most equal, the ZiL was the only mode of transport of the time. These cars were truly one-of-a-kind, and I do not believe that I’ll see another for quite some time. Enjoy the photos of this rarely-seen Russian state cruiser. END_OF_DOCUMENT_TOKEN_TO_BE_REPLACED