Vice takes an inside look at the exotic rental car business in Miami.

These two SUVs are insanely fast by road car standards. But which one is best? 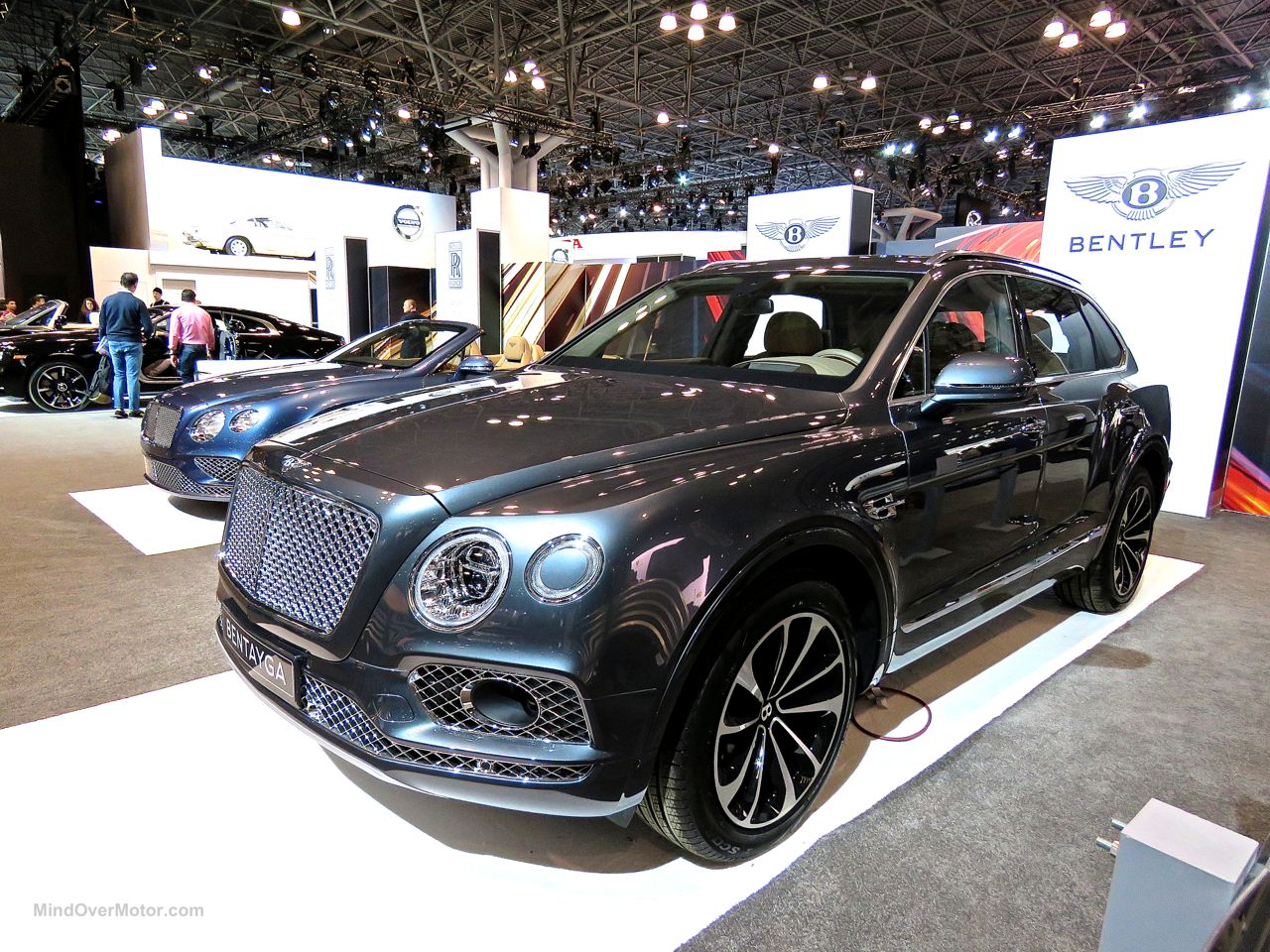 We got our first look at the new Bentley Bentayga SUV at the New York International Auto Show. Part of me doesn’t think it quite fits as a Bentley, the other part of me sees how it was a no-brainer for the Luxury SUV segment.

I think there’s little doubt the Bentayga will sell well. I mean, pretty soon you’ll be seeing them sprinkled around the Apple Store side of your local mall, right next to the Teslas. The question is does it help Bentley or hurt their brand identity? 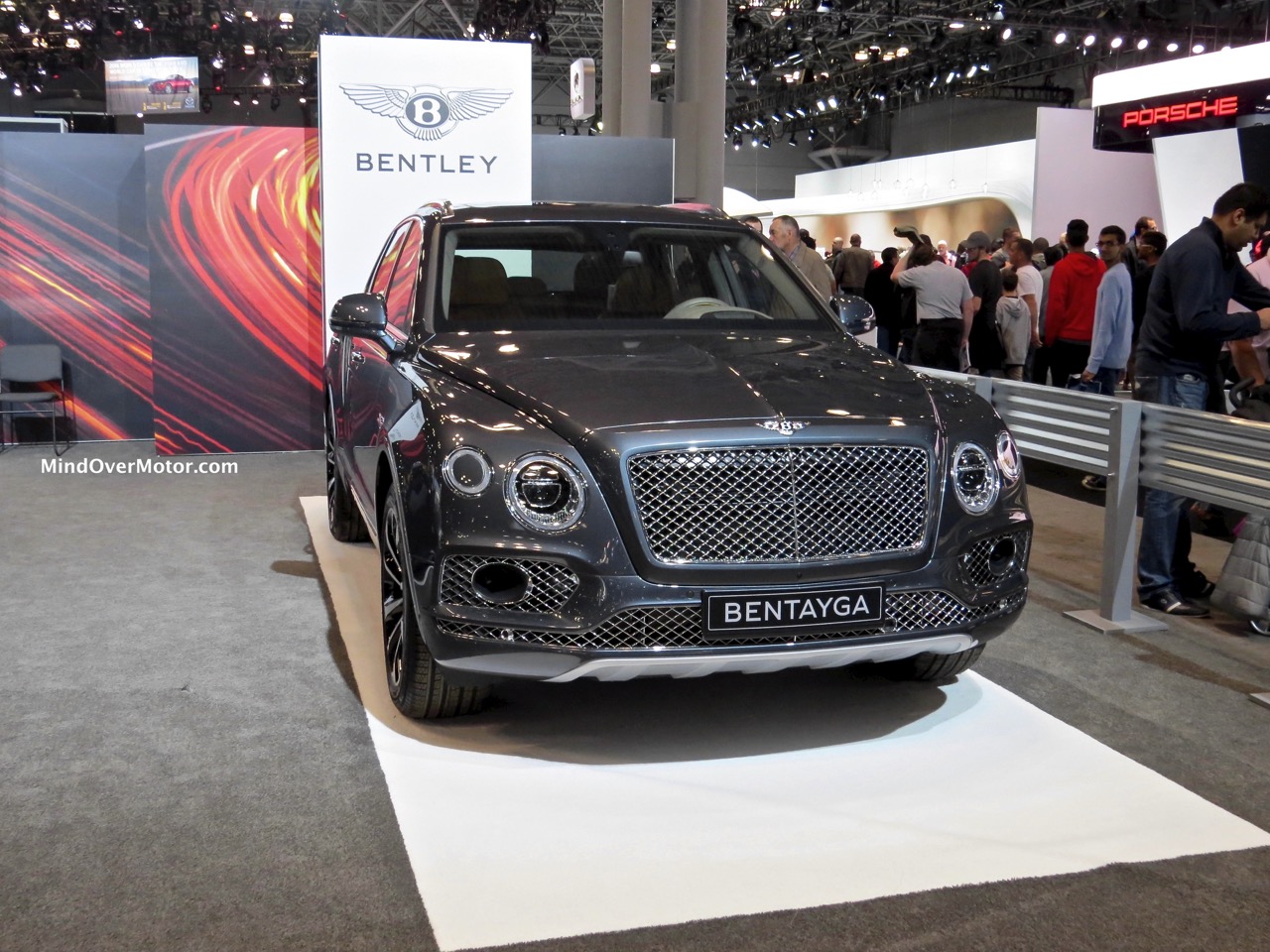 The New York Auto Show finished its run on Sunday evening and was home to a multitude of concept and full debuts, including Lincoln’s Navigator concept (complete with a massive gullwing door) and Mazda’s MX-5 Targa Retractable. This year, the show wasn’t nearly as glitzy as previous years, but I had an enjoyable day all the same. Although I wasn’t intent on taking as many photos (as I had spent a massive amount of time at L.A. a few months back), there was still plenty to see. Fiat showed off the new 124 Abarth, and Porsche had the 911R on display for all to see, just ahead of the new 718 Boxster roadster. Enjoy the brief gallery of what was on display this past week, with some more to follow. END_OF_DOCUMENT_TOKEN_TO_BE_REPLACED 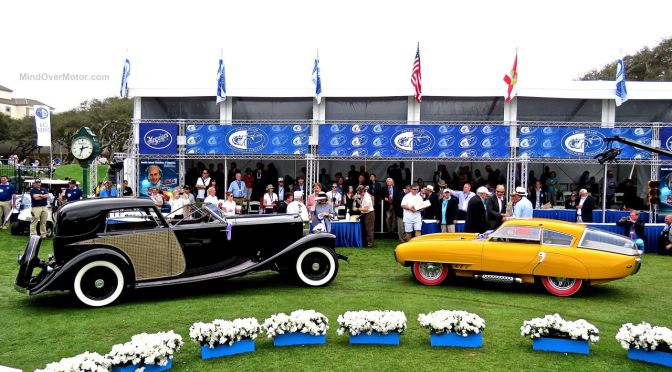 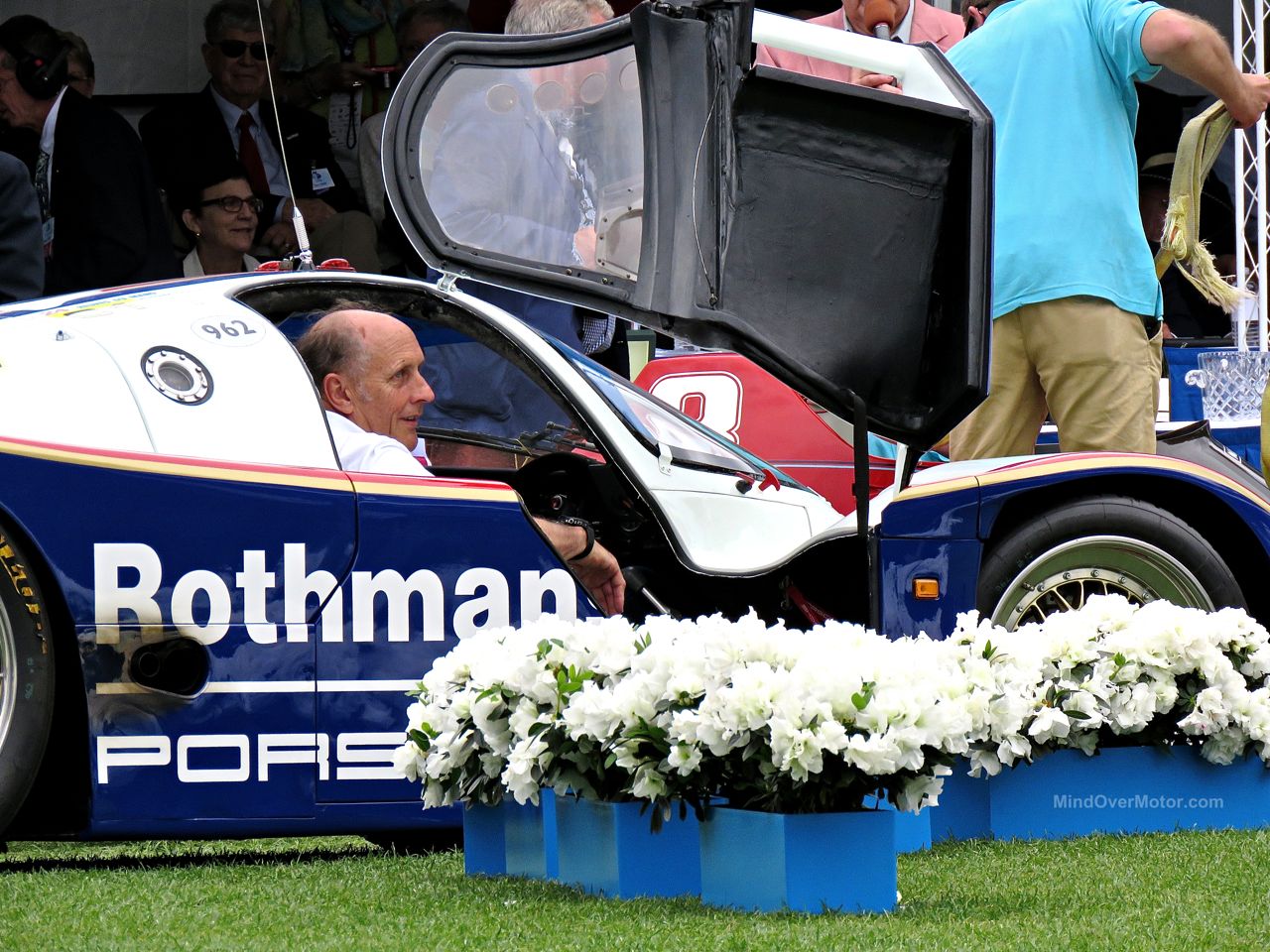 Here is our first round of highlights from the 2016 Amelia Island Concours d’Elegance. There were so many incredible cars, of various eras, present that it’ll take a few of these galleries and numerous individual features to cover them all.

Racing legend, Hans-Joachim Stuck (pictured above), was the guest of honor. He rolled up during the award ceremony at the wheel of the Porsche 962 in which he won the 24 Hours of Le Mans. It was epic!

Best in show awards went to a 1930 Rolls-Royce Phantom II Town Car with some fancy coachwork (see below), and also to a 1952 Pegaso Z-102 Cupula Coupe, which was my personal favorite car at the show, as well. The Pegaso had a unique color scheme of bright yellow with red-wall tires and a pea green interior, and it’s striking curves and crafted details definitely made it the sight to be seen.

Enjoy this first highlight reel, and stay tuned for much more to come!

END_OF_DOCUMENT_TOKEN_TO_BE_REPLACED 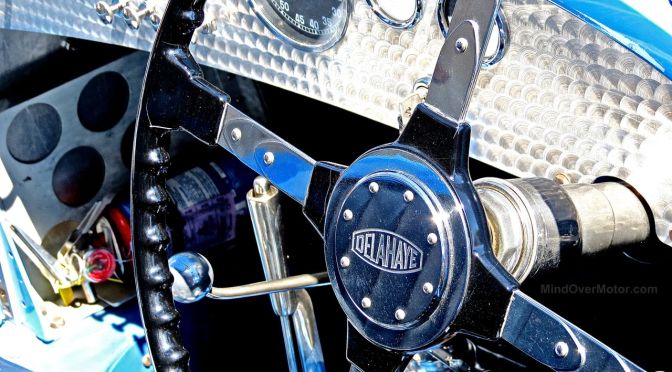 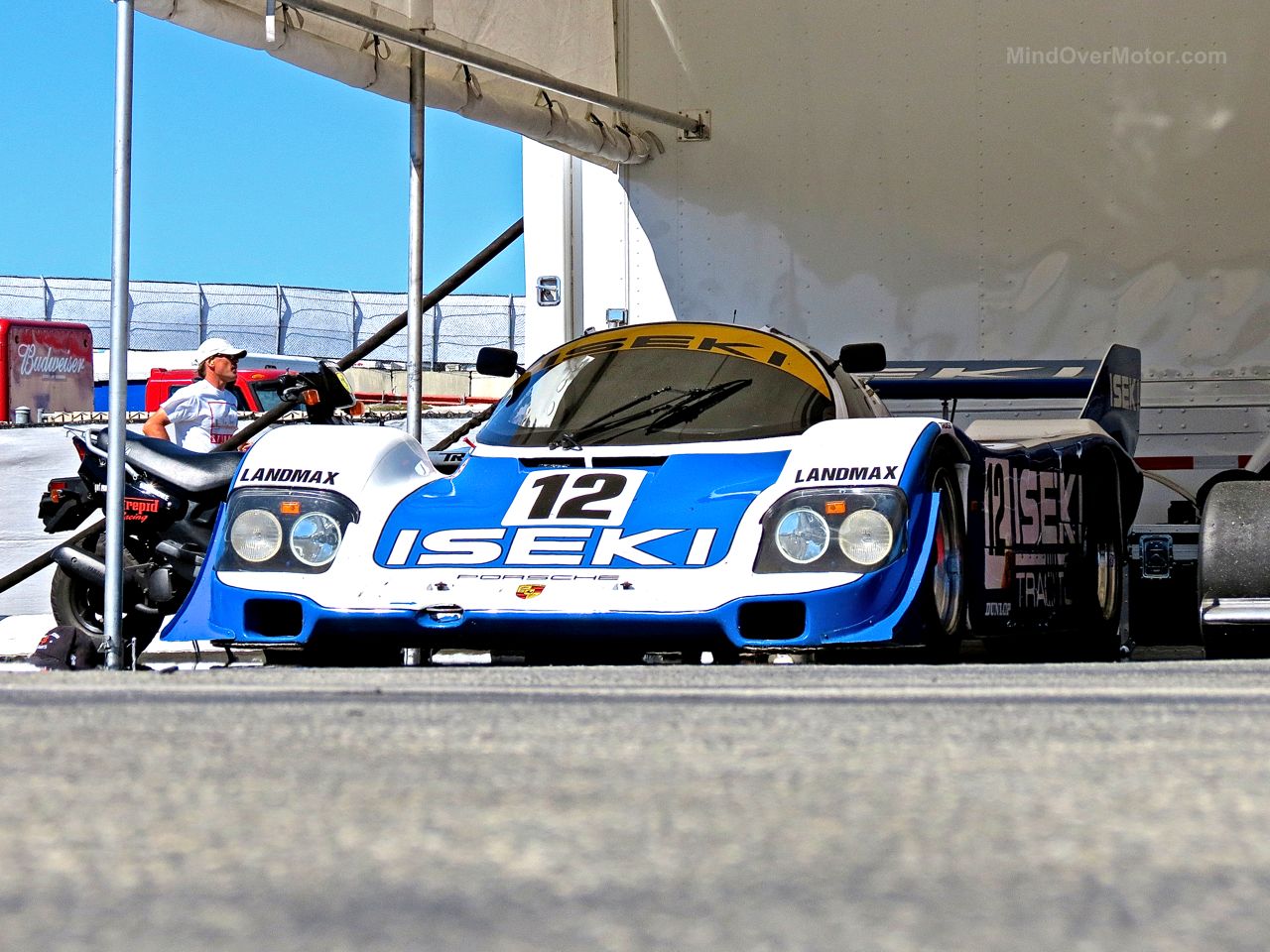 Some more shots from the Paddock of Laguna Seca during Monterey Car Week, here is a gallery of awesome racing cars, old and new.

I always love seeing the old pre-war racecars sitting right next to more modern racecars, like Group C, because it really puts in perspective how far the automobile has come in just a few decades. That said, the drivers of those older racing cars were men among men. Those cars were not especially slow at all, reaching over 100mph, but with very primitive technology.

END_OF_DOCUMENT_TOKEN_TO_BE_REPLACED 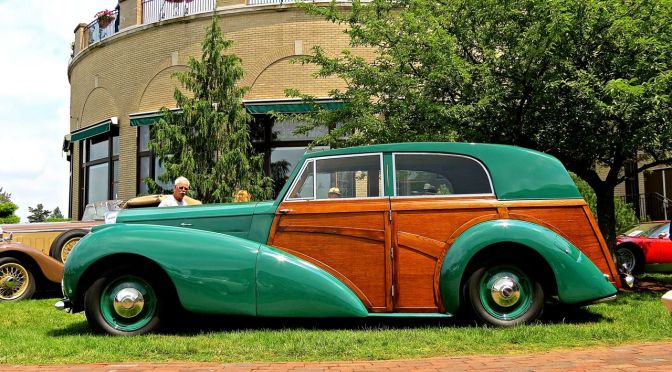 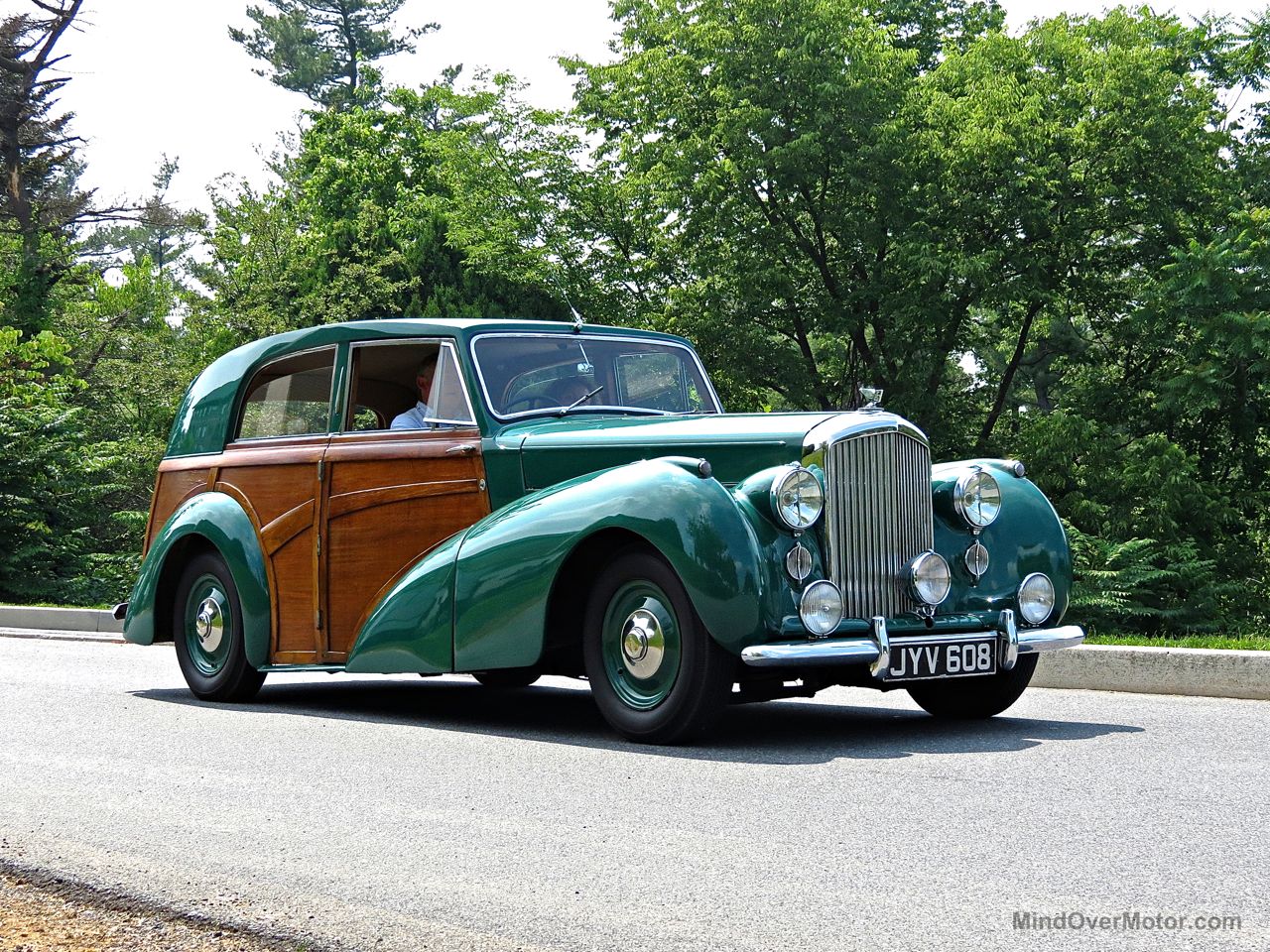 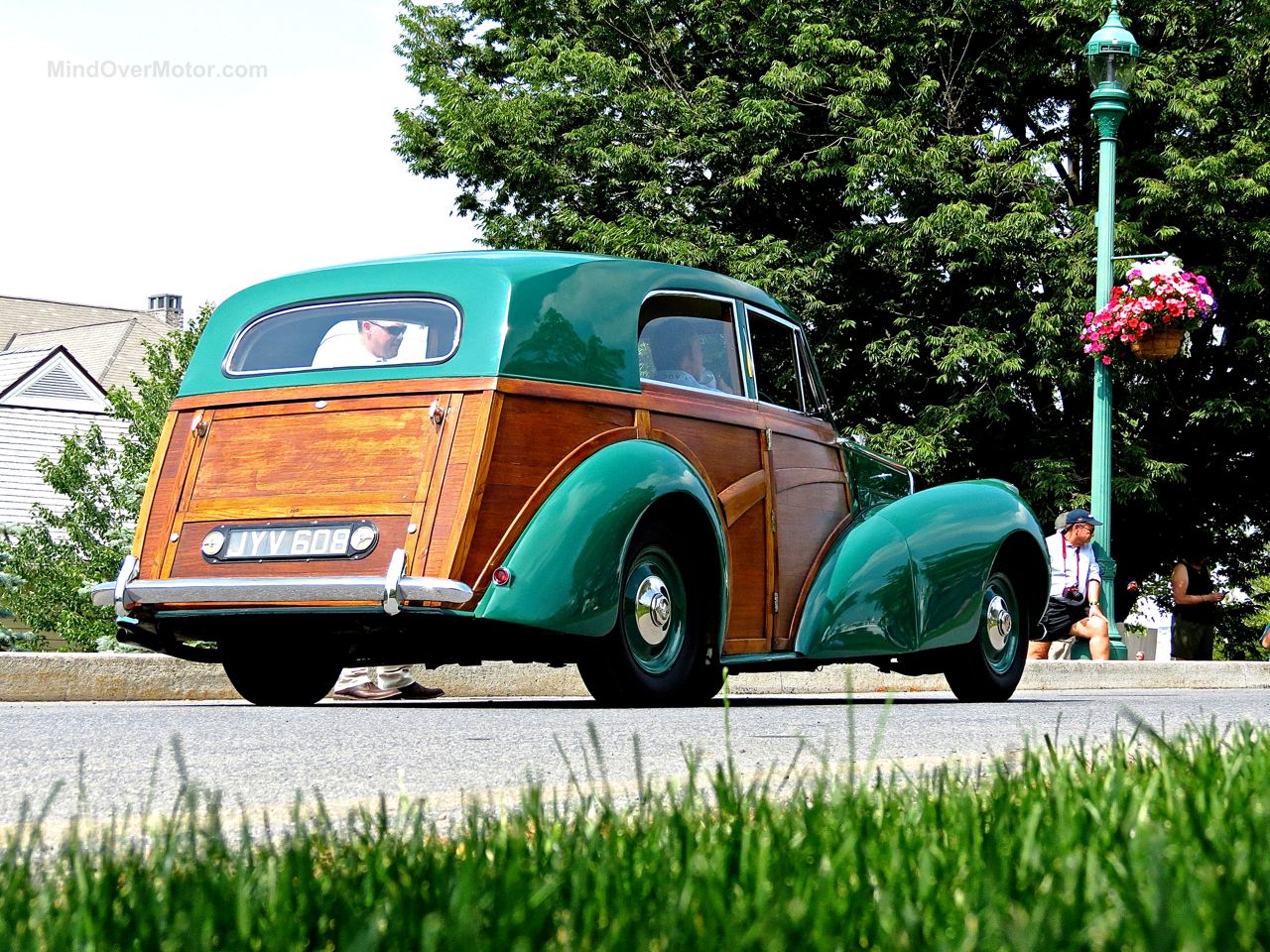 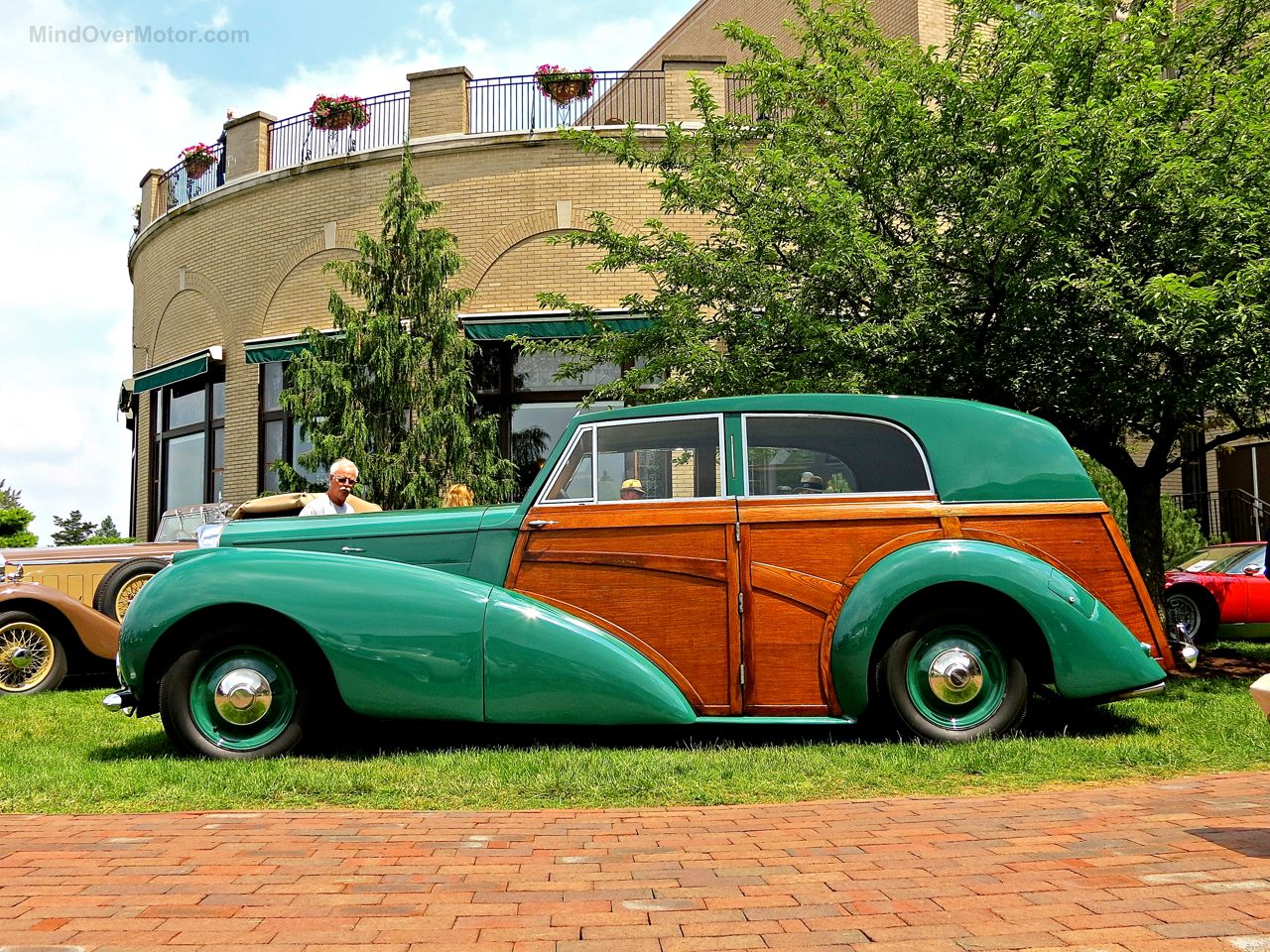 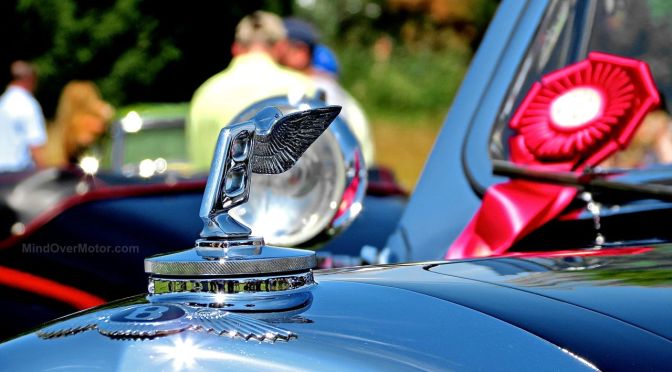 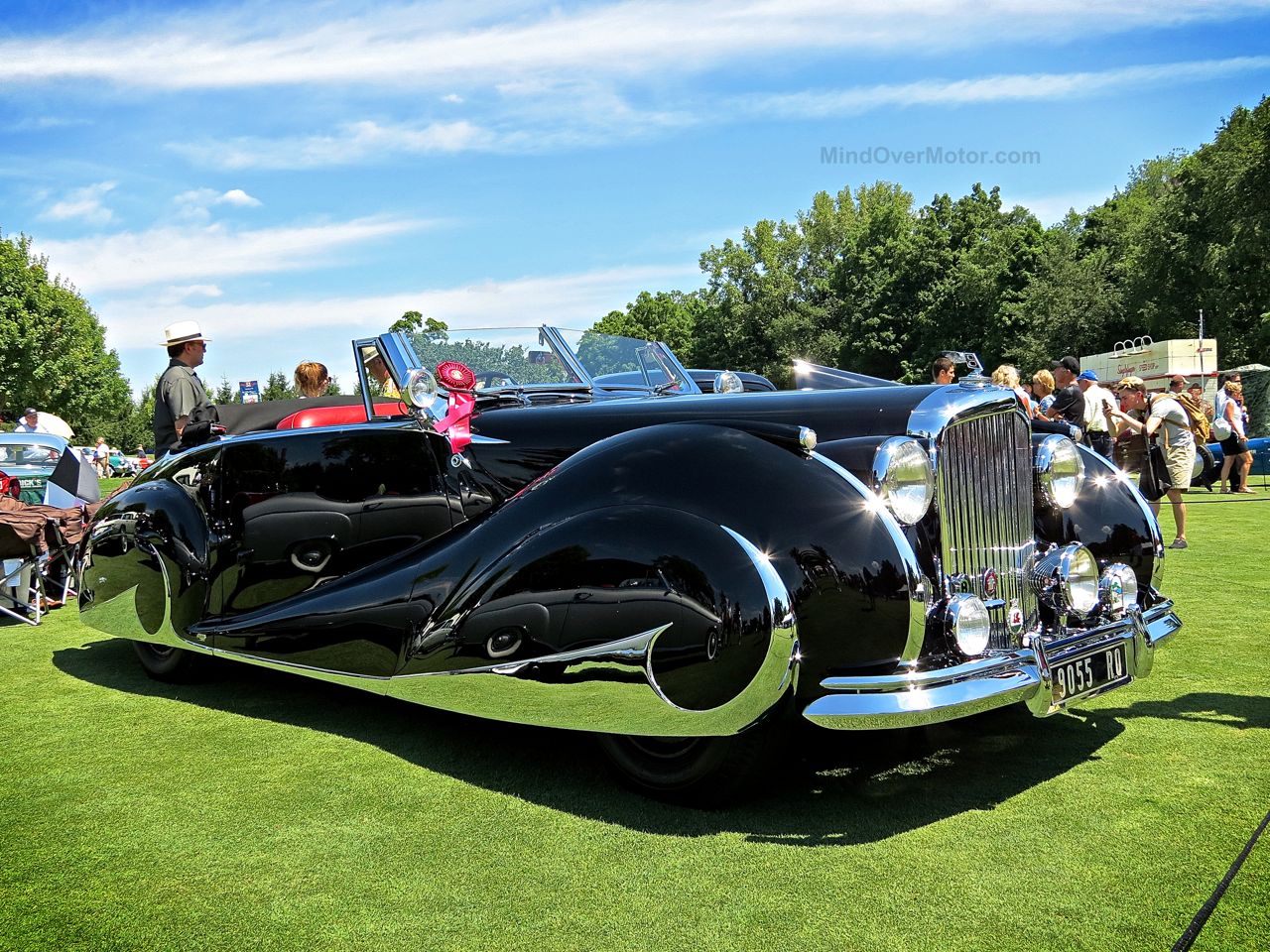 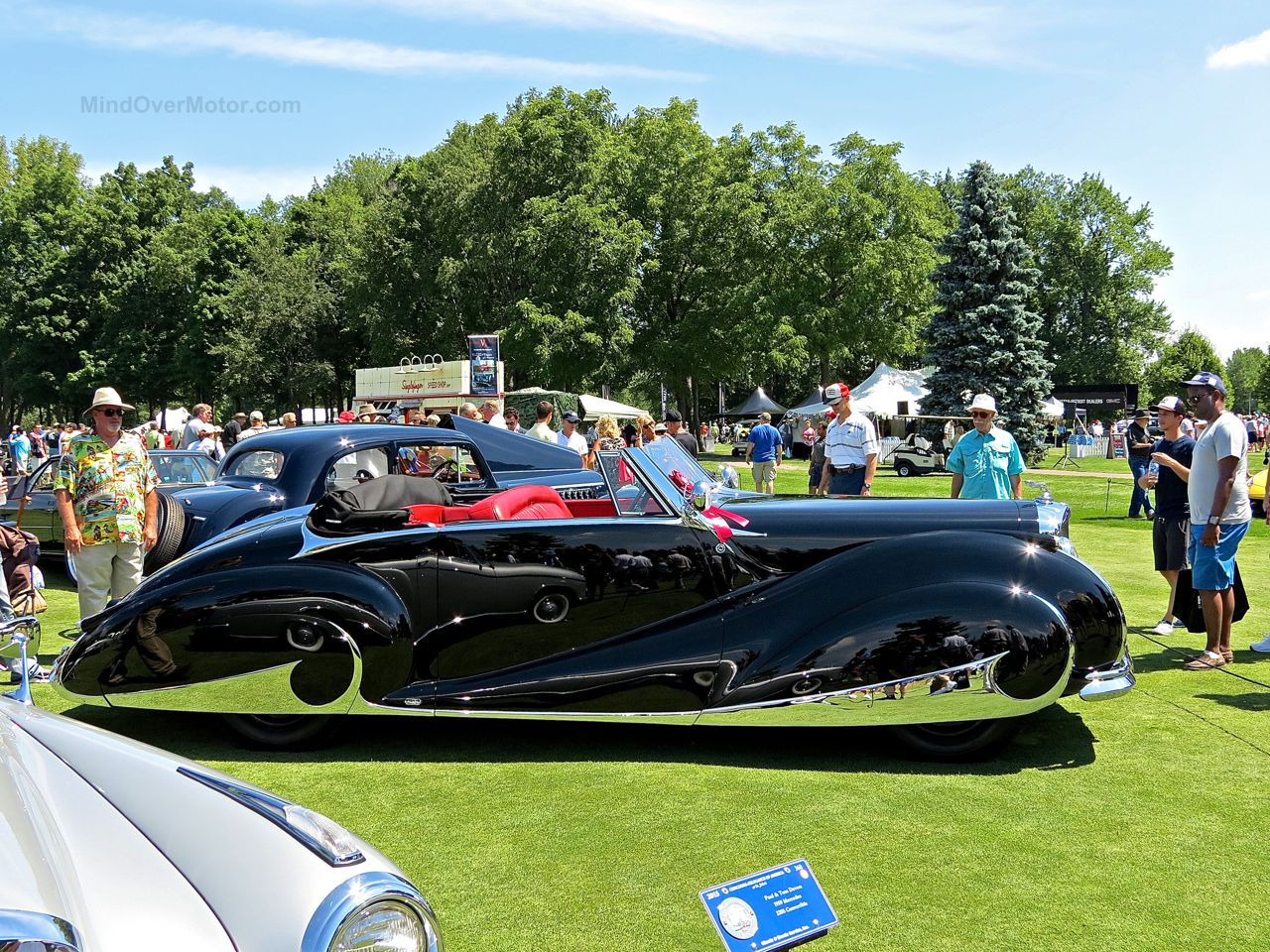 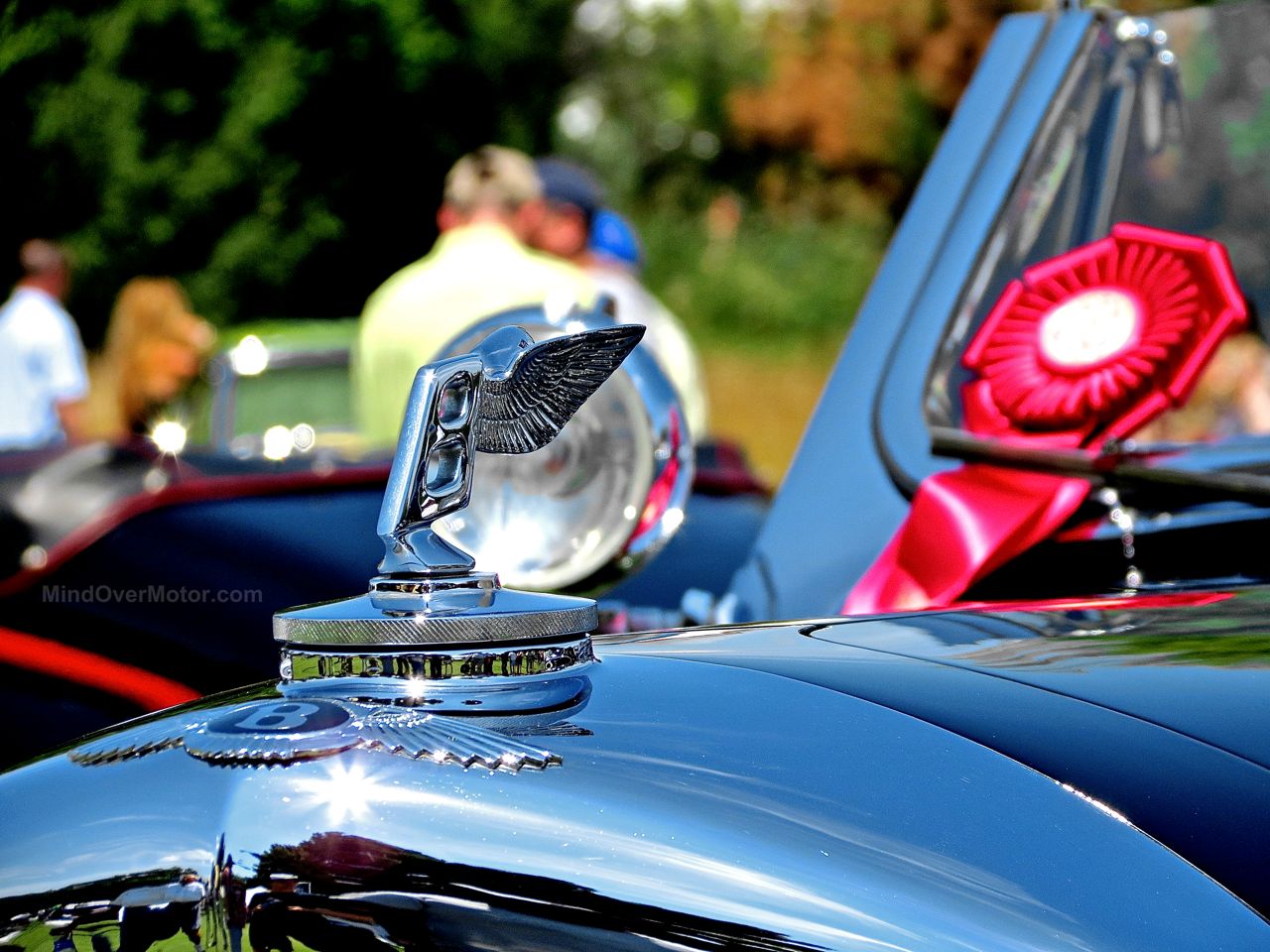 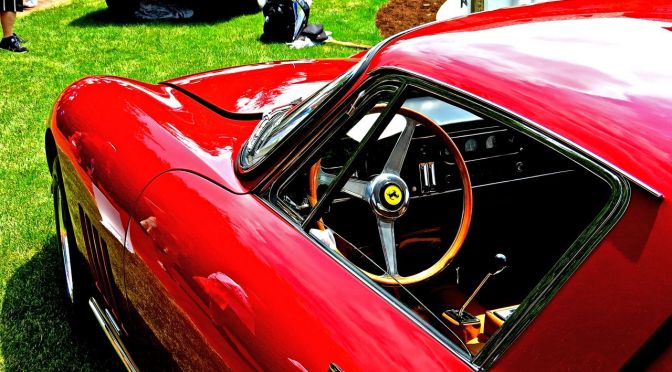 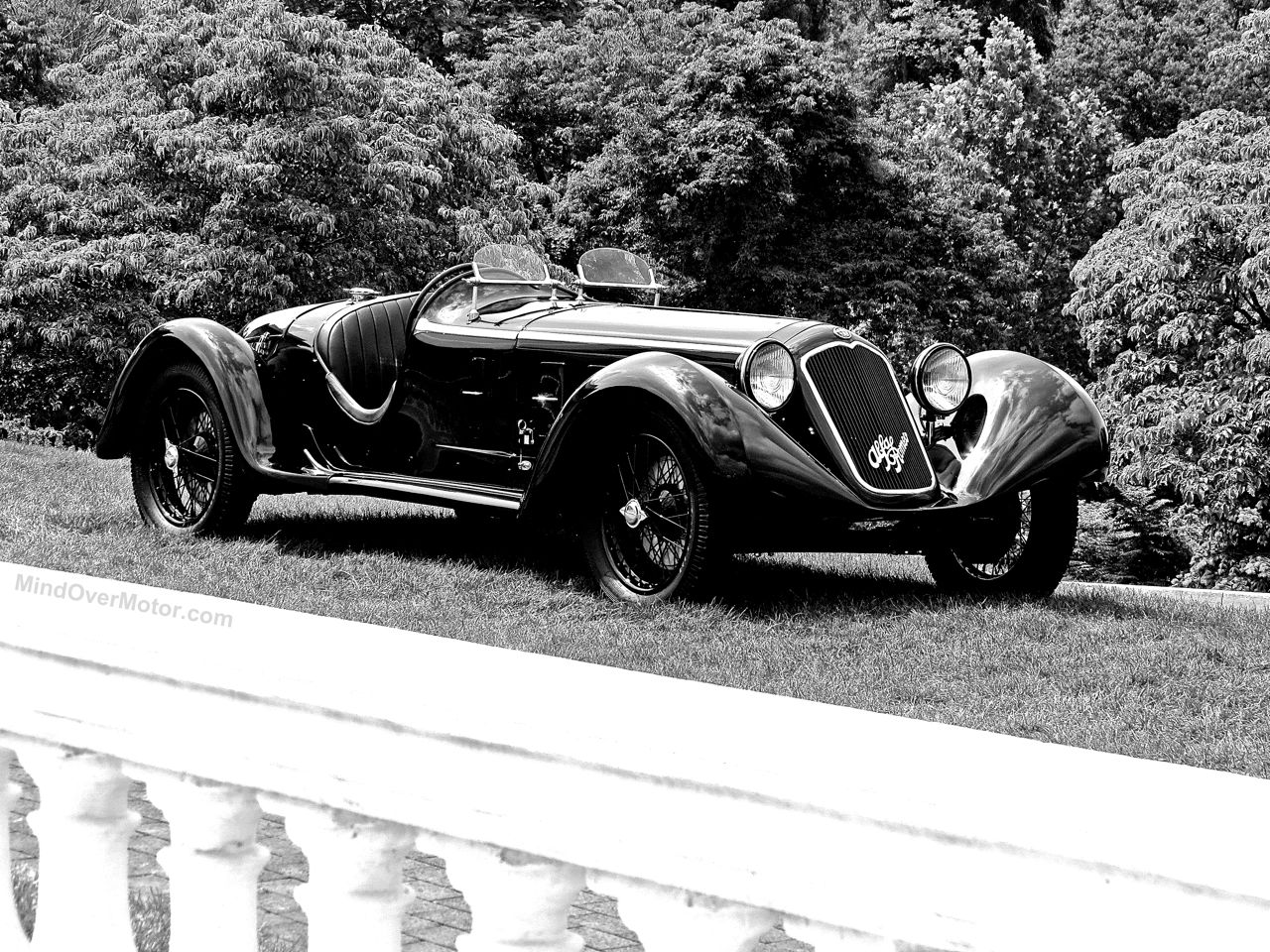 Behold! Our second round of highlights from The Elegance at Hershey 2015. The show is always a spectacle of some of the finest pre-war cars around, with a few post-war cars thrown into the mix as well.

Enjoy this second highlight gallery, and look for even more from Hershey to come!

END_OF_DOCUMENT_TOKEN_TO_BE_REPLACED

Yea I saw the new Porsche GT3 RS and yea I saw the new Lamborghini Aventador SV. For each I saw the photos and details and though, “Ok, next!” But then I saw this new Bentley sports car concept, and I still have yet to pick my jaw up off the floor. It is nothing short of magnificent!

It’s called the Bentley EXP 10 Speed 6 Concept, and it aprears to be a brand new entry-level model. If it makes it to production, which I imagine it will, it looks like it will take on the Jaguar F-Type, Porsche 911, Aston Martin Vantage, and Mercedes AMG GT. In short, the Speed 6 will be a Bentley Sports Car, and that’s not something they’ve made before.

What I’m really hoping for in the Speed 6 is a traditional Front-engine RWD architecture. VW doen’t currently have such a RWD car in their lineup and really could use one in my opinion. If there winds up being both RWD and AWD versions of the Speed 6, then I think Bentley will have another home run on their hands.

The engine is rumored to be a six cylinder, given the Speed 6 nameplate. I suspect it could likely be the twin turbocharged 3.6L V6 found in the Porsche Macan. The base model will probably have around the same “400hp” as the Macan Turbo, and the higher model Speed 6 will likely have over 500hp so it can run with the V8 F-Type.

We’ll see for sure if/when it makes it to production. But forget the numbers, and just look at the thing, it’s incredible! I sincerely hope that Bentley doesn’t water down the design and the fine details for the production version. This will be a six-figure car, and I think that wood grain, and those headlights will help it stand out from even the posh crowd at that level.

I think the Bentley Speed 6 will be a fantastic addition to the VW Group lineup, assuming they build it, of course. Let’s all just hope, and enjoy the photos for now.

END_OF_DOCUMENT_TOKEN_TO_BE_REPLACED 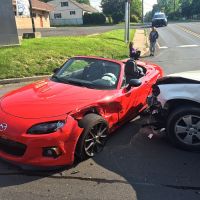