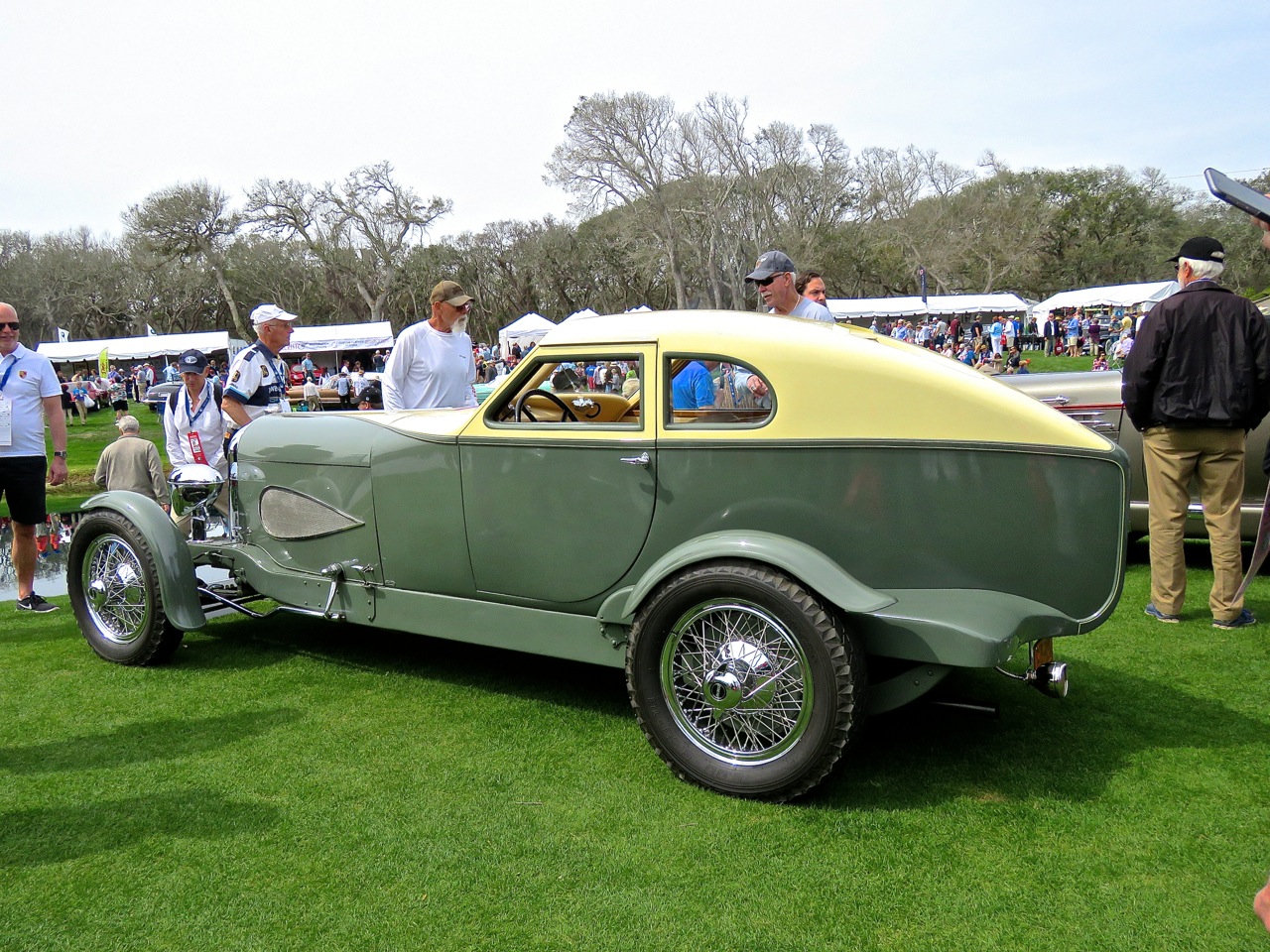 This astounding Auburn caught my eye while driving around on the street the day prior to the Concours. It was one of those extra special cars that stopped me in my tracks, making me drool like an idiot. That swooping shape, the clean two-tone green with cream white, it was a sight to be seen in the show, let alone out on the public road.

The car itself is actually a replica of a one-off Auburn that was destroyed in a fire at the Los Angeles Auto Show in 1929. It’s made of all original Auburn parts, built using the original drawings, so it’s a worthy successor to the original car. I feel like such a story repeats itself throughout history in the automotive world, where an original one-off is destroyed and it has to be replaced by a replica. The Jaguar XJ-13, the Lamborghini Miura Jota, and the Bugatti Type 57 Aerolithe all come to mind, among others.

END_OF_DOCUMENT_TOKEN_TO_BE_REPLACED 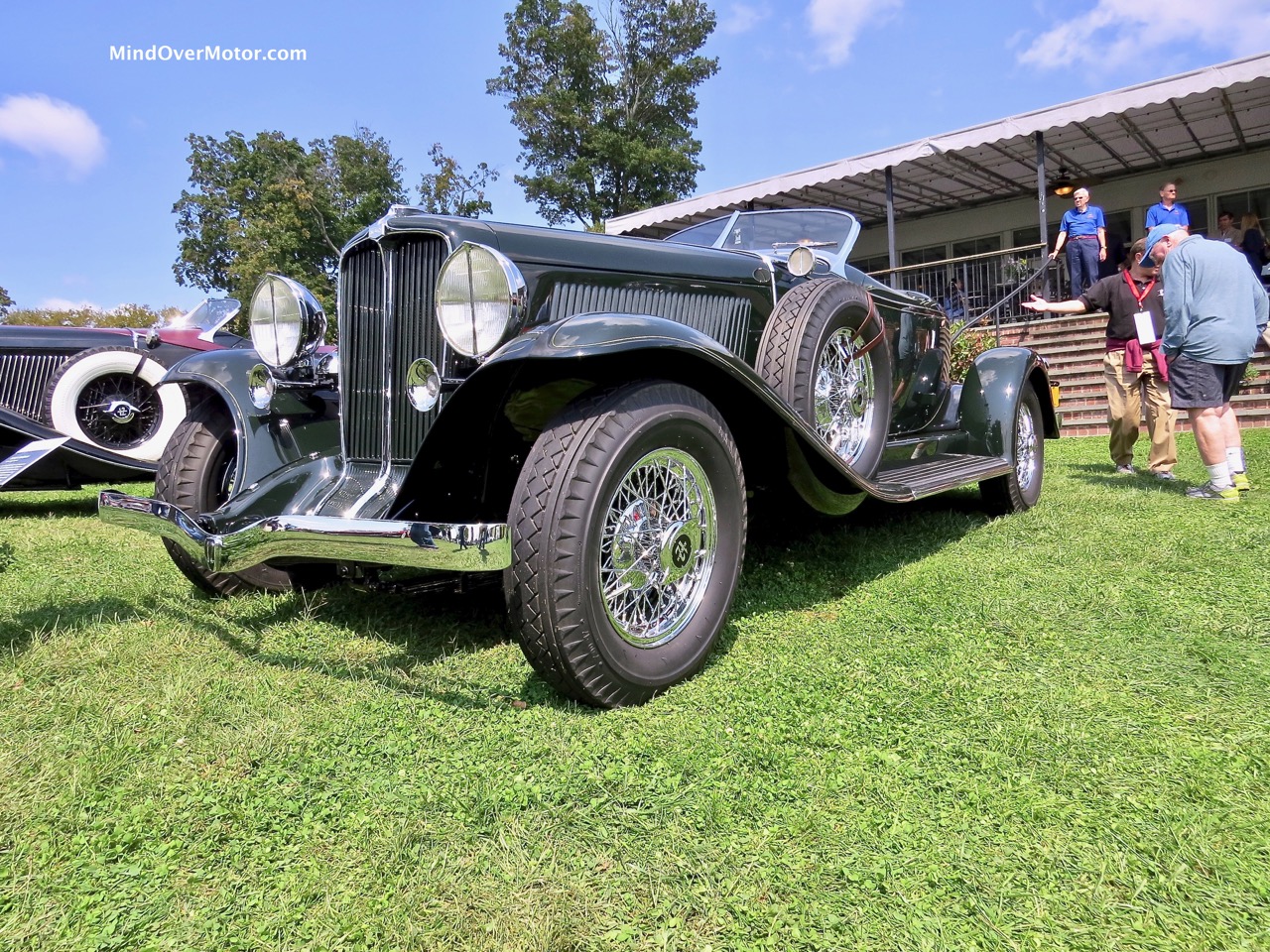 Auburn was a featured marque this past year at Radnor and luckily for us all, Auburn owners in the area delivered in fine style. This deep jewel green 1932 V12-powered speedster looked incredible in the flesh at the Radnor Concours. It’s one of just twelve equipped with the V12 engine and this particular boat-tail body style. These were cars built truly for the aristocracy, with 84 of this body style rolling out of the factory in 1932. These were fine cars in their day, and are even more highly regarded now. I especially love the dark green finish–everyone talks about the stunning pastels that show up in all of the glossy calendar shots, yet this deep, attractive finish was probably more of the time period and gives this large roadster a real sense of panache. Enjoy the photos of this not-oft-seen cruiser. END_OF_DOCUMENT_TOKEN_TO_BE_REPLACED 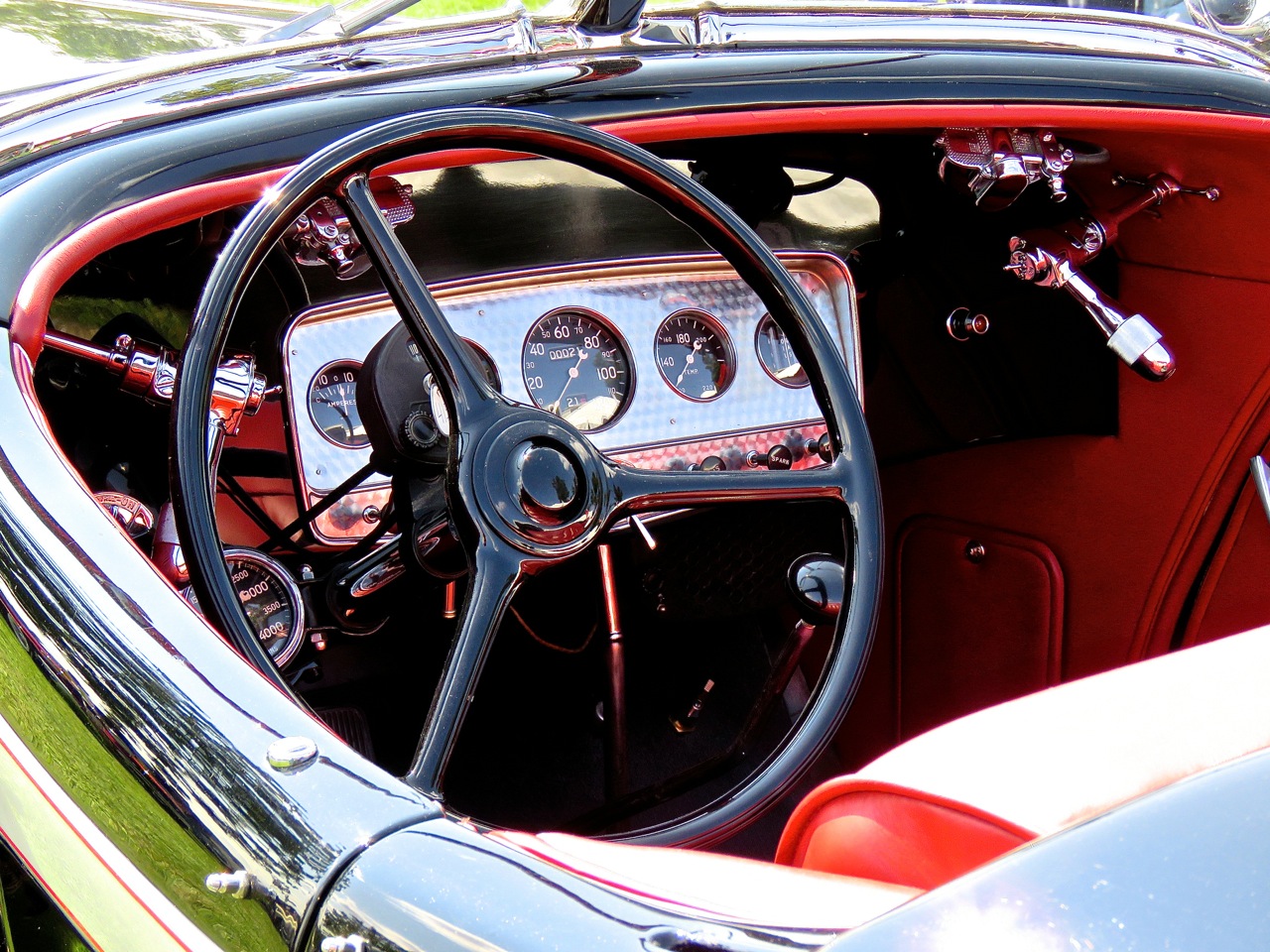 This was the cheapest 12 cylinder American luxury car in 1933, one third the price of a comparable Packard. But 1933 was an era in the shock of the Great Depression, and those with money had become more hesitant to flaunt their wealth around with things like fancy cars. As a result, only 14 of these Auburns were produced that year.

The car you see here has been restored to its original black and burgundy color scheme. Enjoy the photos.

END_OF_DOCUMENT_TOKEN_TO_BE_REPLACED

We attended the St. Michaels Concours d’Elegance a few weeks ago, and right as we walked through the entrance we were greeted by this stunning machine.  It is an Auburn 12-160A Boattail Speedster, and I was told it is the same model that was used recently in the Great Gatsby. The difference is that the one in the movie was quite plain, while this one is nothing short of immaculate. Just look at the way those orange accents flow along the lines of the car, and of course, there is also the hood ornament… a naked woman made of crystal. What’s not to love? Enjoy the photos.

END_OF_DOCUMENT_TOKEN_TO_BE_REPLACED

This beautiful Auburn 851 SC Phaeton was at the recent 2013 Greenwich Concours d’Elegance.  The 851 came about when Cord, who owned Auburn at the time, was looking to make an effective car for the times, which had changed. America was now caught in the midst of The Great Depression, and V12 luxury cars were no longer the best idea.

The 851 was a more downmarket model than previous Auburns, though very much still a luxury car. While most people think of the famous Boattail Speedster when they hear the name Auburn, this 851 SC Phaeton was aimed more at clients with families. The car you see here is equipped with Auburn’s supercharged inline-eight cylinder engine, producing 150hp. That was a lot of power at the time, and an 851 Speedster with the same engine set a record, averaging over 100mph for a 12 hour long run. Auburn sold around 5000 851s in 1935, but sales dropped sharply in 1936. It was at that point that Cord decided to end Auburn production altogether.

This 851 SC Phaeton caught my eye because of its  immaculate appointments. Its beautiful two-tone blue exterior sits strikingly over its read leather interior, and the detail work all around the car is incredible. I tried to capture as much of it as I could through the lens of my camera. Enjoy.

END_OF_DOCUMENT_TOKEN_TO_BE_REPLACED

This is the 3rd year in a row we have attended the Radnor Hunt Concours, and it continues to blow us away each time. For me this year was especially interesting because Ferraris and pre-war Cadillacs were being featured. What you see above was the view as we entered the show, a row of Ferraris worth tens of millions of dollars alone. Most of these cars will be getting their own specific features later on so just let this be a nice preview of things to come. Enjoy.   END_OF_DOCUMENT_TOKEN_TO_BE_REPLACED

Auburn boat-tail speedsters like this one are among some of the world’s most collectible prewar American convertibles, owing to their extremely low production, high price tag, and (for the era) blistering performance.  This flawless black example showed up to the Pebble Beach Concours this summer, and I was fortunate enough to grab a few pictures of it.  This one in particular is a 1936 Model 852, the final year of production for not only this car, but the Auburn name as a whole.  It is a breathtaking car, and with only 1850 sold during 1936, this 100mph-plus roadster was a treat on the street in its day, and still is today. END_OF_DOCUMENT_TOKEN_TO_BE_REPLACED