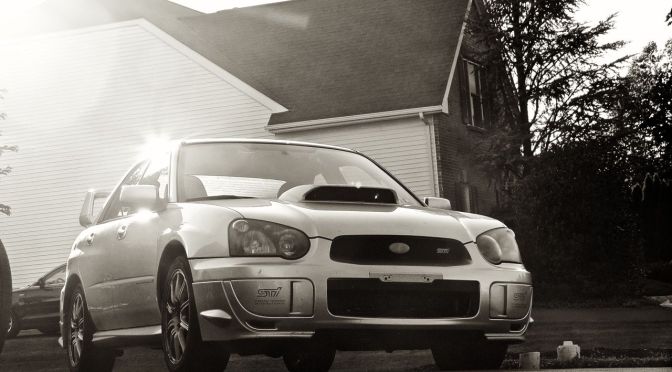 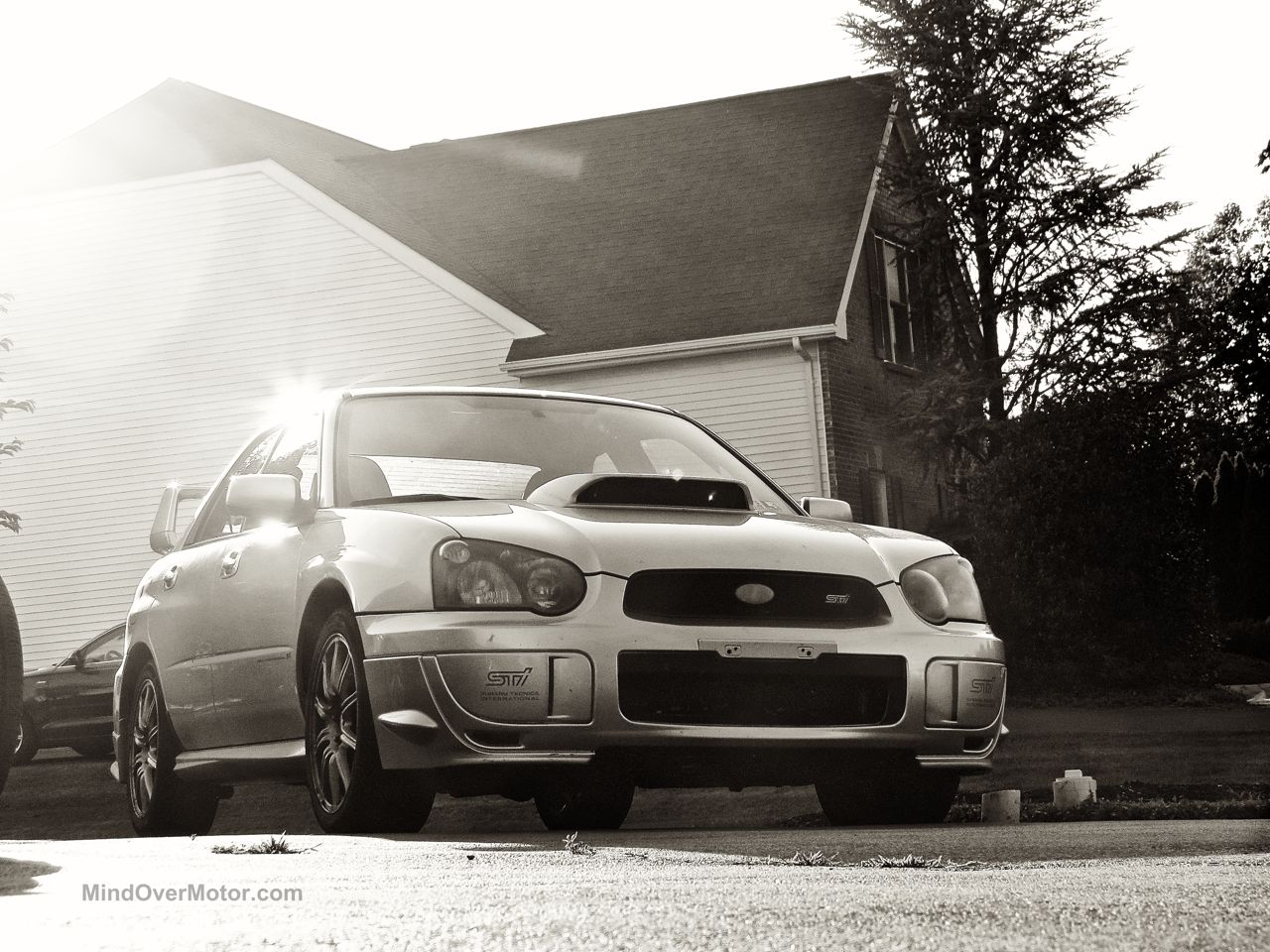 I just got my Subaru STI back from the shop last weekend, after spending $1,300 fixing a few parts that had worn out over the years… such is life when you drive a car with nearly 130,000 miles on it. It was running strong, and all seemed right in the world, until all of a sudden it lost all power during a light, half-throttle pull, and the dashboard lit up.

The motor began missfiring and the CEL was blinking. I got to a spot where I could pull over and I checked the code. It was a missfire on cylinder 4, specifically, often a death sentence for the EJ25 motor. I had heard nightmare after nightmare about it from other Subaru people and now it was happening to me!

A cloud of dread seemed to hang over my very existence, and I completed the drive home with a sort of “Well, I guess this is it” sort of gloom. My best mechanical friend in the world, and my most prized posession, was fatally stricken, and there wasn’t anything I could do but accept it.

Now, yes, a busted motor can be fixed, but it is pretty damn expensive, especially for a young fellow like me just starting out my career. Typically fixing an STI motor, with stock parts, will run you about $3-4,000, but it can be $6-8,000 or more with upgraded parts. Having just spent $1,300 on it, fixing it soon was out of the question, and financially it would have been stupid to even try that at this point.

My realistic course of action was to sell the car for what I could, and use that money to buy a Miata. Then I’d save up, pay off my Volkswagen CC in a year or two, and replace it with another fast car that would really be the STI’s successor…. first world problems, I know.

I literally felt the same way I had felt when my dog, Peaches, died a few years back. I know my Subaru is an “inanimate object”, but when you’re a car enthusiast, there are some cars that seem to take on a very real personality, a companion of sorts. My STI was my first car, back when I was 16, and I’ve owned it more than 8 years since. We’ve been through a lot together, and it is basically ingrained in my indentity at this point.

You can ask my girlfriend, on Wednesday night I was legitimately depressed, and obsessed with trying to figure out what to do.

But this story has a happy ending, and it boldly shows off one of my biggest personal flaws. I always seem to assume the absolute worst, and I put blinders on that  stop me from seeing other, less serious possibilities. It is a flaw that has caused me a lot of angst over the years, and surely something I need to continue to work on.

When I got the call from the mechanic yesterday, I was overjoyed to hear that it was only a bad coil pack, an easy fix. He said the spark plug from cylinder 4 looked good and that cylinder 3 had missfired when he switched the coil pack. Relieved does not even begin to describe my mood after that call.

So this story was just one big false alarm, but it is a scenario that many other car enthusiasts will identify with. Like anything else you can love, cars will often bring as much angst as they bring joy. There is much I can learn from what happened this week, but the biggest thing I learned was how much I really do love my Subaru STI, even after 8 years with it. That is why we enthusiasts buy the cars we buy, and spend the obscene money we do to keep them going. Our cars are like our close friends/companions, much in the same way as a dog or a horse.

Obviously I would’ve just gotten another fun car, but it felt more like losing a friend at the time, rather than some cold piece of property. If anything, I got to realize my deep passion for cars this week. And it came at a time when I really needed such a reminder in the midst of the chaos of everyday life.

To anyone else who finds themselves in a situation like this, just stay calm, don’t assume things, and do some research. Begin with the simplest explanations first, before considering the more serious problems. Also be open-minded, because you will learn a lot more from dealing with the situation, rather than obsessing over how screwed you are. That’s something I clearly needed to learn again, hopefully this time it’ll stick.

6 thoughts on “My Subaru Scare, Something Many Enthusiasts Will Go Through”