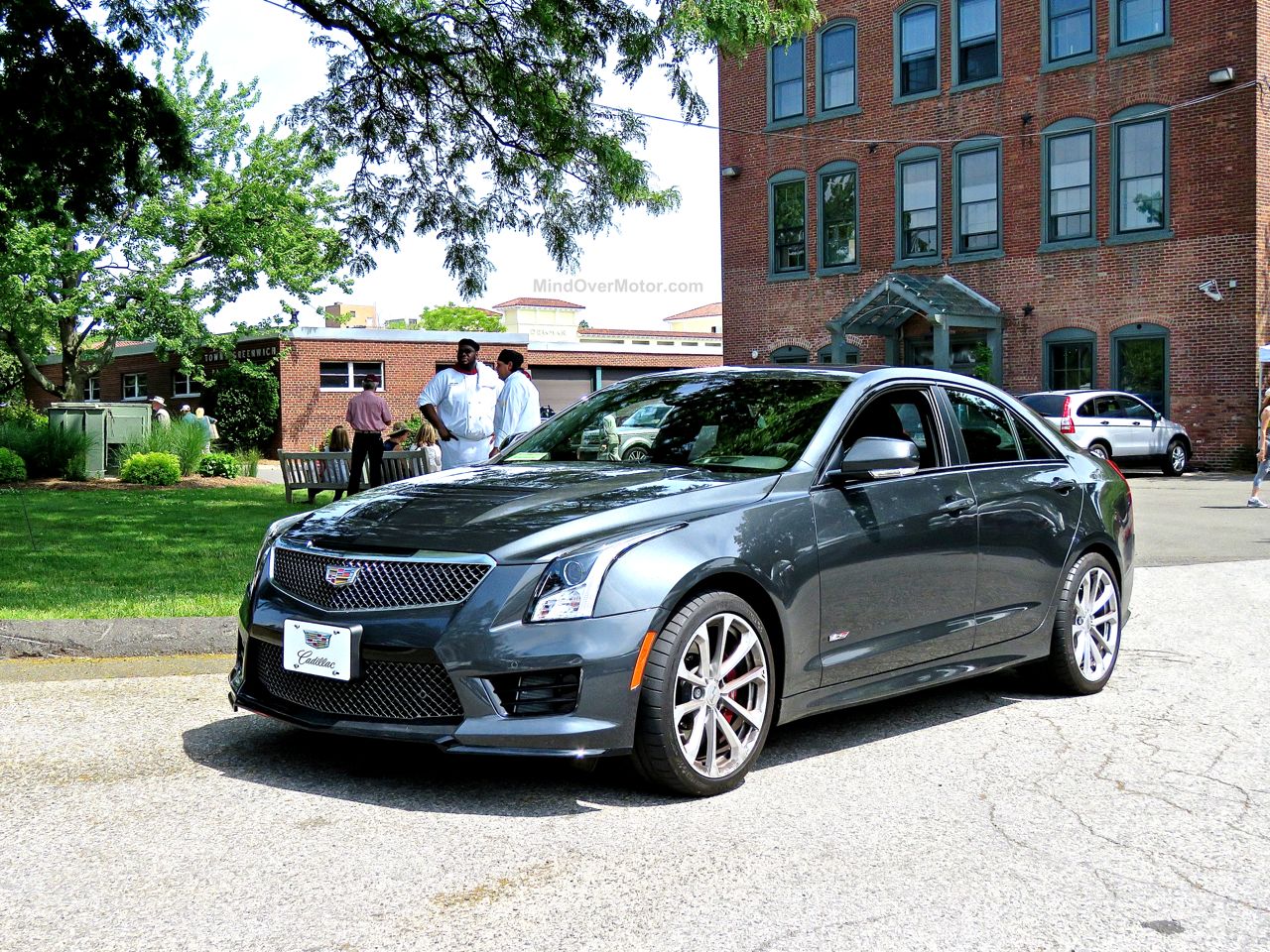 This is the Cadillac ATS-V. The master form of the highly acclaimed, yet highly criticized ATS sedan. It was born to go toe-to-toe with the likes of the BMW M3 and Mercedes C63 AMG, and it looks like a pretty damn good bet in that fight.

You know what’s weird, though? After driving it, I feel the exact same way about the ATS-V that I did about each other Cadillac ATS I’ve driven. Sure, the ATS-V exists at a much higher level, but it’s relative strengths and shortcomings all fall in the same areas.

I’m amazed at how consistent the ATS lineup is, with some areas near perfection and others, well, not. 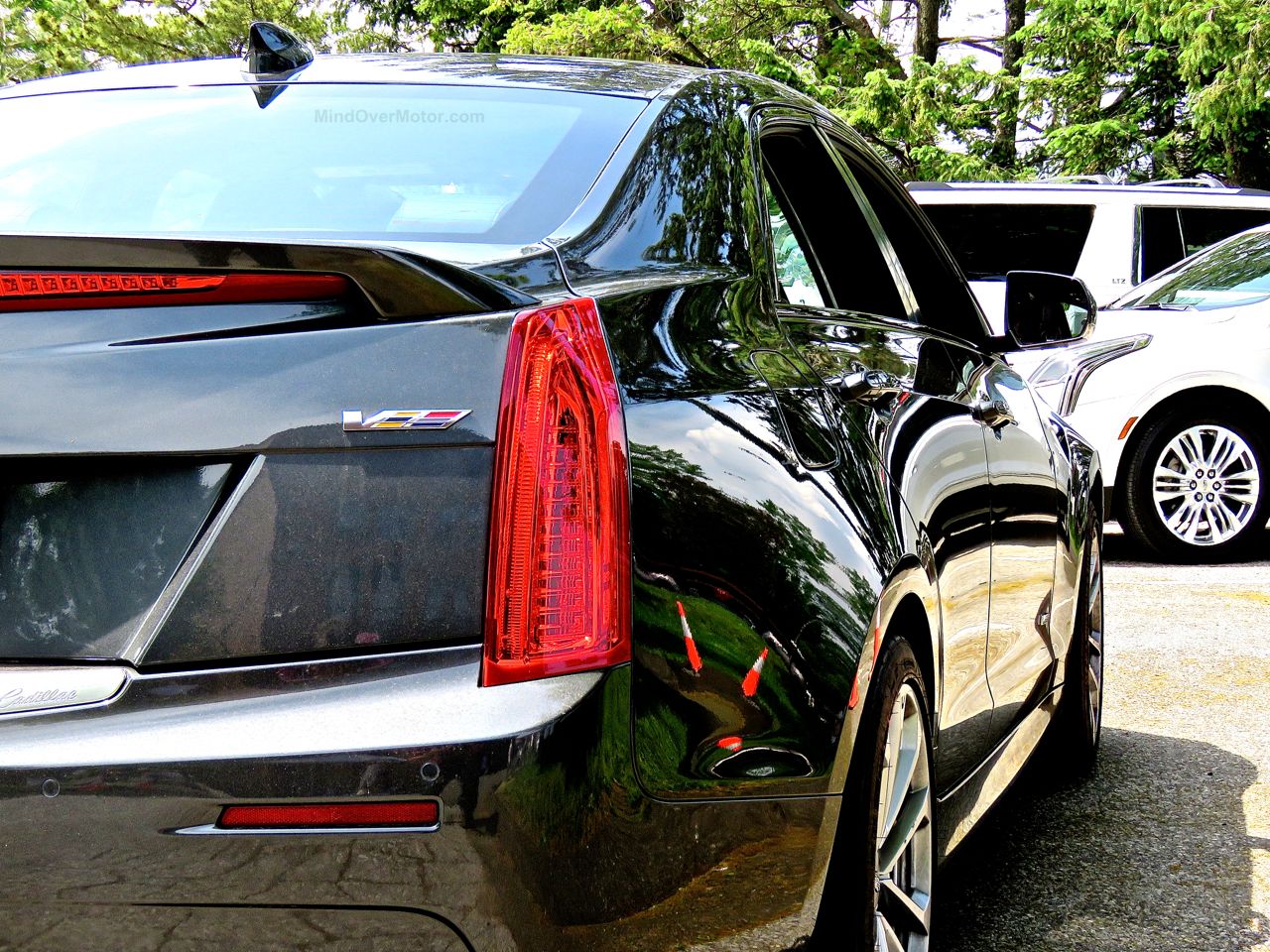 Other manufacturers need to take notes on how well Cadillac was able to make the ATS-V handle. It’s chassis is rock solid and full of confidence, especially as speeds climb. It’s not just the way it sets into a turn either, it’s the feeling of its unshakable hold on the road, even with bumps and varied pavement.

The ATS-V’s steering is also definitely something to write home about. In sport mode, it’s got a nice weight to it, and response is instantaneous. It feels direct, and well connected to the road.

The ATS-V lets you know it’s a bonafide driver’s car when you’re behind the wheel, right from the moment you land in its comfortable, yet very firmly bolstered Recaro seats. Especially when you’re in sport mode, with the muffler bypass flaps open and every setting turned up to eleven, you really feel like hot shit.

That said, out of sport mode, the ATS-V is actually passable as a fairly pedestrian sedan. It does the whole two-faced thing well, like a normal ATS sedan with a harder ride that may scare a few squirrels as you drive by. 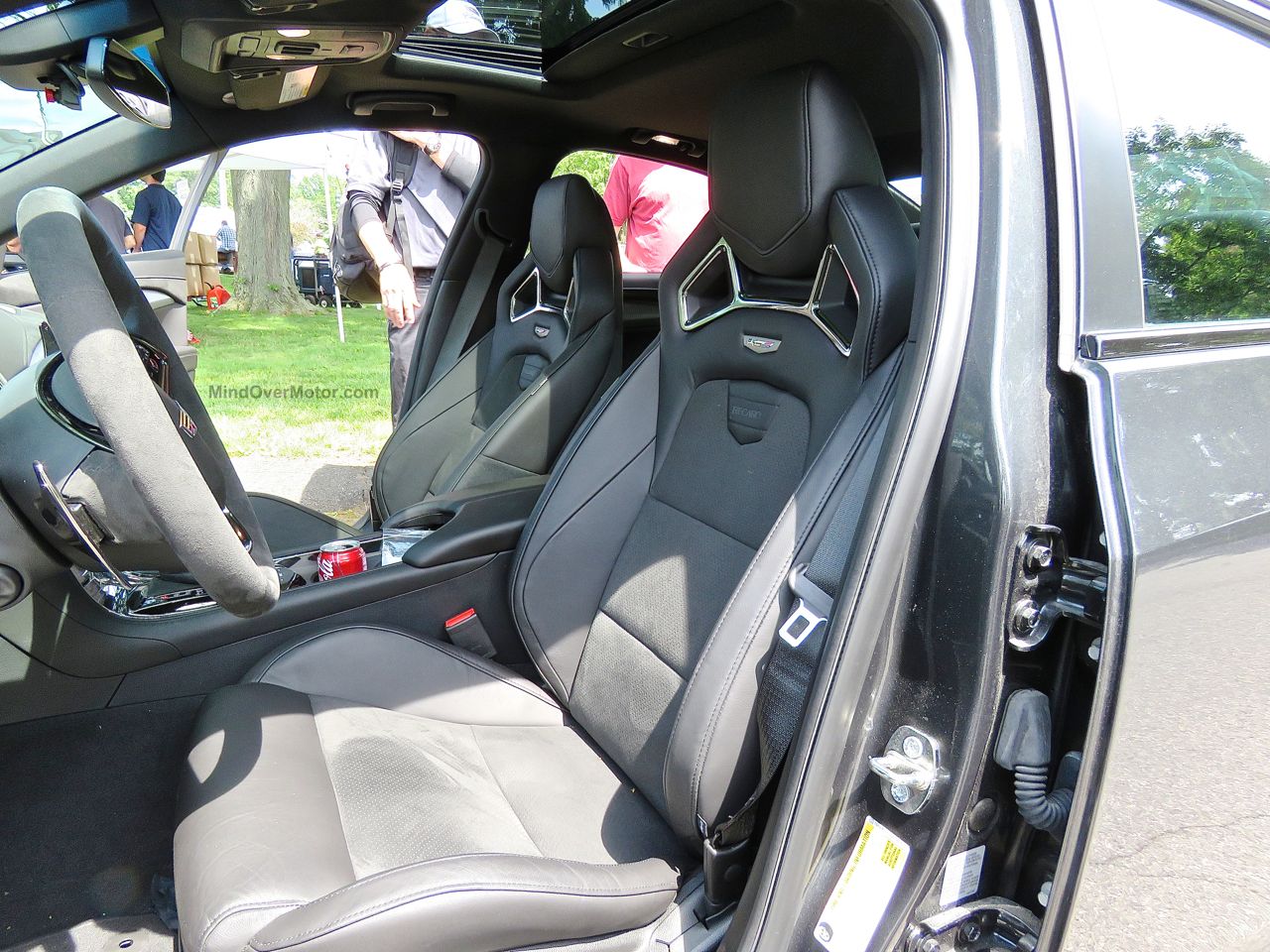 The not so good

Maybe my expectations for this car were too high going in, or maybe it was the comparison to other cars I had driven earlier that day, but I found myself let down by both the engine and the transmission in the ATS-V.

The twin turbo 3.6L V6 engine, while very potent at 464hp, seemed flat from behind the wheel. The car was undeniably fast, but in a way that brought with it no sense of drama. It was almost too responsive, and the power curve too refined. There was no feeling of “boost hitting,” no exponential tidal wave of power that makes you wonder if you’ll survive to make the next shift. The ATS-V just goes, and it goes hard, but it doesn’t keep going harder, and harder, and harder as the revs climb. 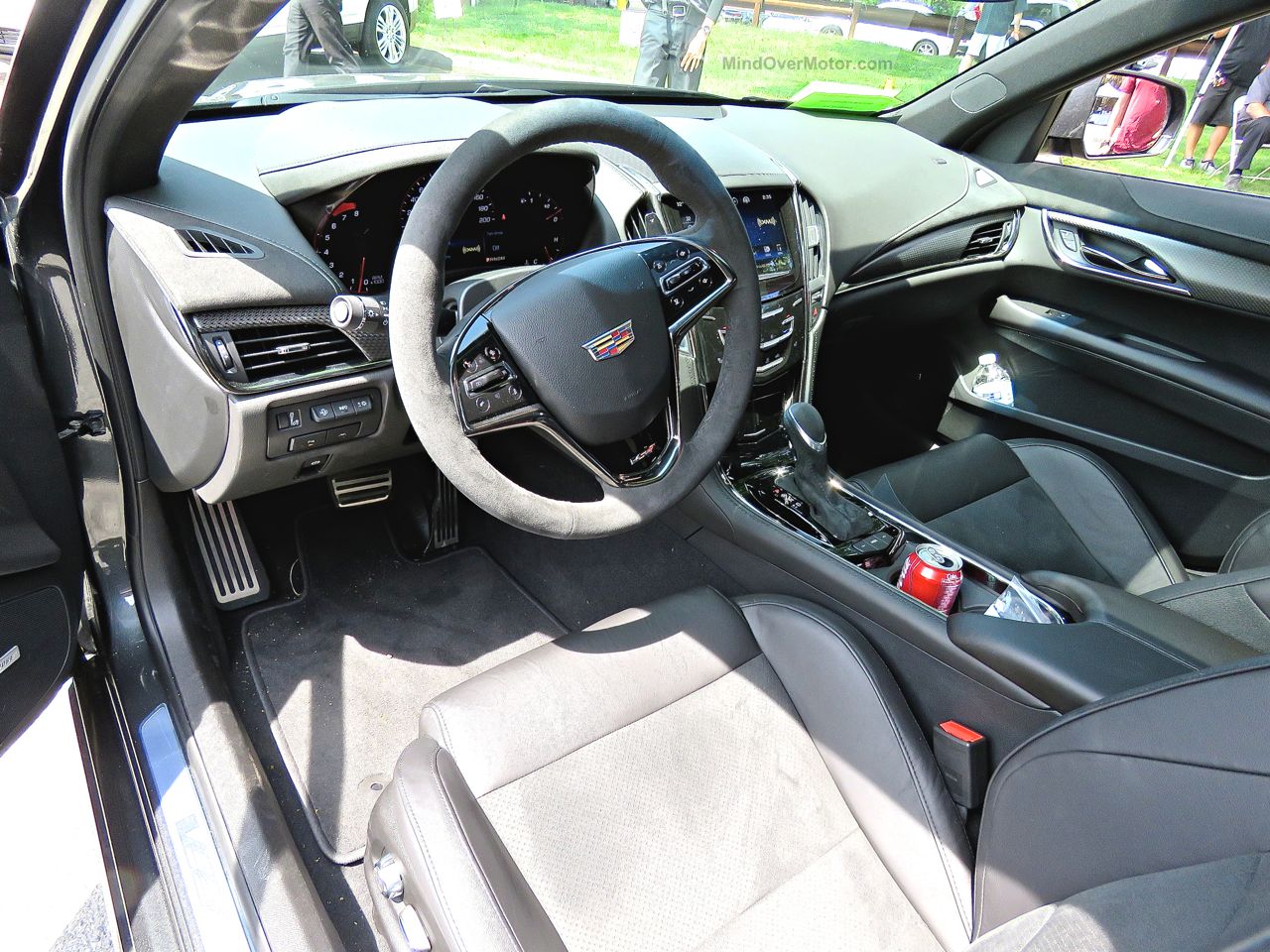 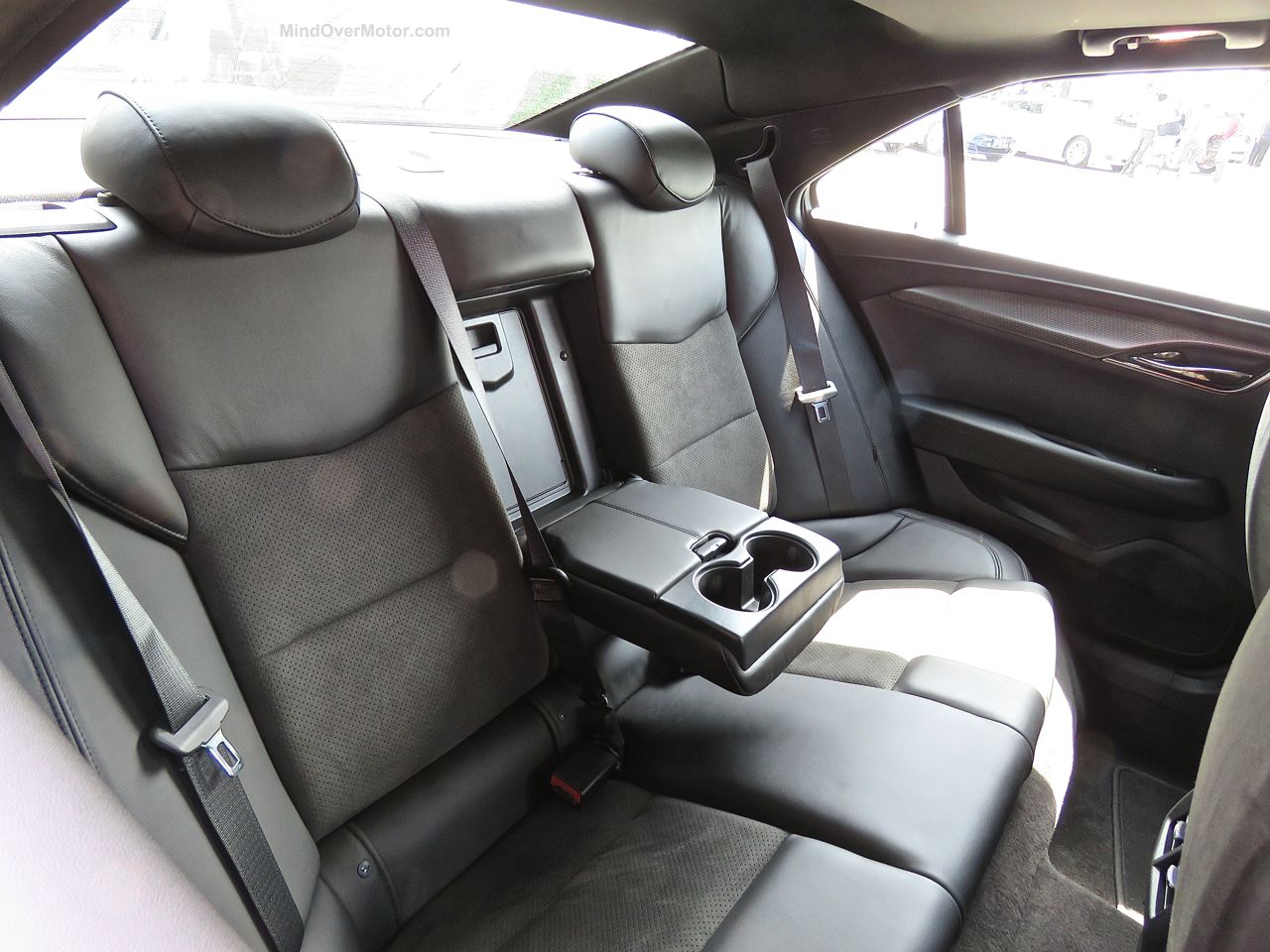 If you ask me, the ATS-V desperately needs a tune that will make the power curve more natural for a turbocharged engine. In stock form, it just feels too manipulated, like they were trying to make it feel as naturally aspirated as possible.

Frankly, it isn’t doing this car any favors at all. Plus, I hear this motor can crack the 500hp mark pretty easily, so it would just be way more fun all around.

As for the transmission, my criticism is pointed at the 8 speed automatic in the car I drove. I had just driven a BMW i8 earlier in the day, and that had BMW’s phenomenal dual clutch gearbox, so maybe that ruined the ZF automatic in the Caddy for me. All I know is I was noticeably kept waiting for shifts in the ATS-V, and that’s totally unacceptable here in 2016. The BMW M3 comes with the same generation BMW dual clutch as the i8. Did Cadillac think people wouldn’t notice?

What’s more, I’ve driven other cars with the same ZF 8 speed gearbox, like the Jaguar F-Type, that shifted wonderfully fast. The ATS-V is surely supposed to be in that same league of high performance cars, so why the hell hasn’t Cadillac made sure their car is totally up to par?

Other little nig nags apply to the Cadillac ATS as a whole, but still should be mentioned. CUE sucks, and the back seat is best saved for those from the Shire. 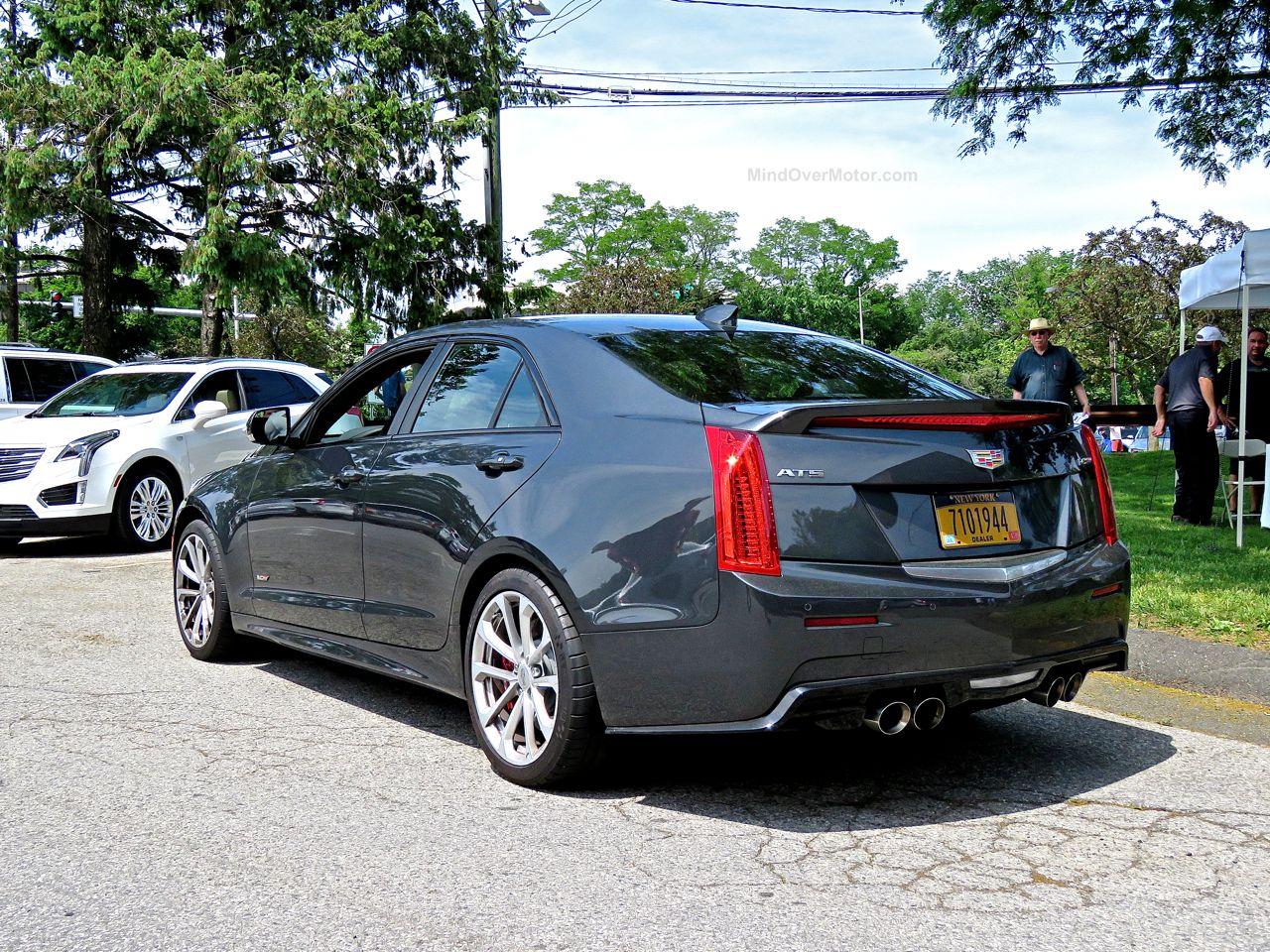 I don’t think $65,000 with the right options fitted is a bad value at all for the ATS-V. You get a good bit for your money, but just like its competitors.

For me the real draw of the ATS-V is the option of a manual gearbox, which the Mercedes doesn’t offer. If you need an automatic, I’d say forget the Caddy because the transmission takes more away from the ATS-V than it does from all the other cars in this class.

If you want a manual, though, there is the ATS-V, the M3, and then the HUGE wild card that is the Alfa Romeo Giulia Quadrifoglio. The Alfa is lighter, more powerful, and faster with better handling than every other car in this class, as demonstrated by its 7:39 minute Nurburgring lap time. Yes, I think the Giulia may come in and absolutely decimate all of the other cars you see listed here. The big question with the Alfa will be reliability, but on every other front, it looks like it’s worth waiting for if you can.

I wouldn’t fault anyone for buying a Cadillac ATS-V, though, even the automatic. It’s great fun to drive, and surely 100% awesome for most drivers out there. If you do get the auto, just stay away from driving any car with a dual clutch, and you won’t regret buying the Caddy. As for me, I’ll definitely consider buying a manual ATS-V used in a few years. We know it’s price isn’t likely to go anywhere but south. 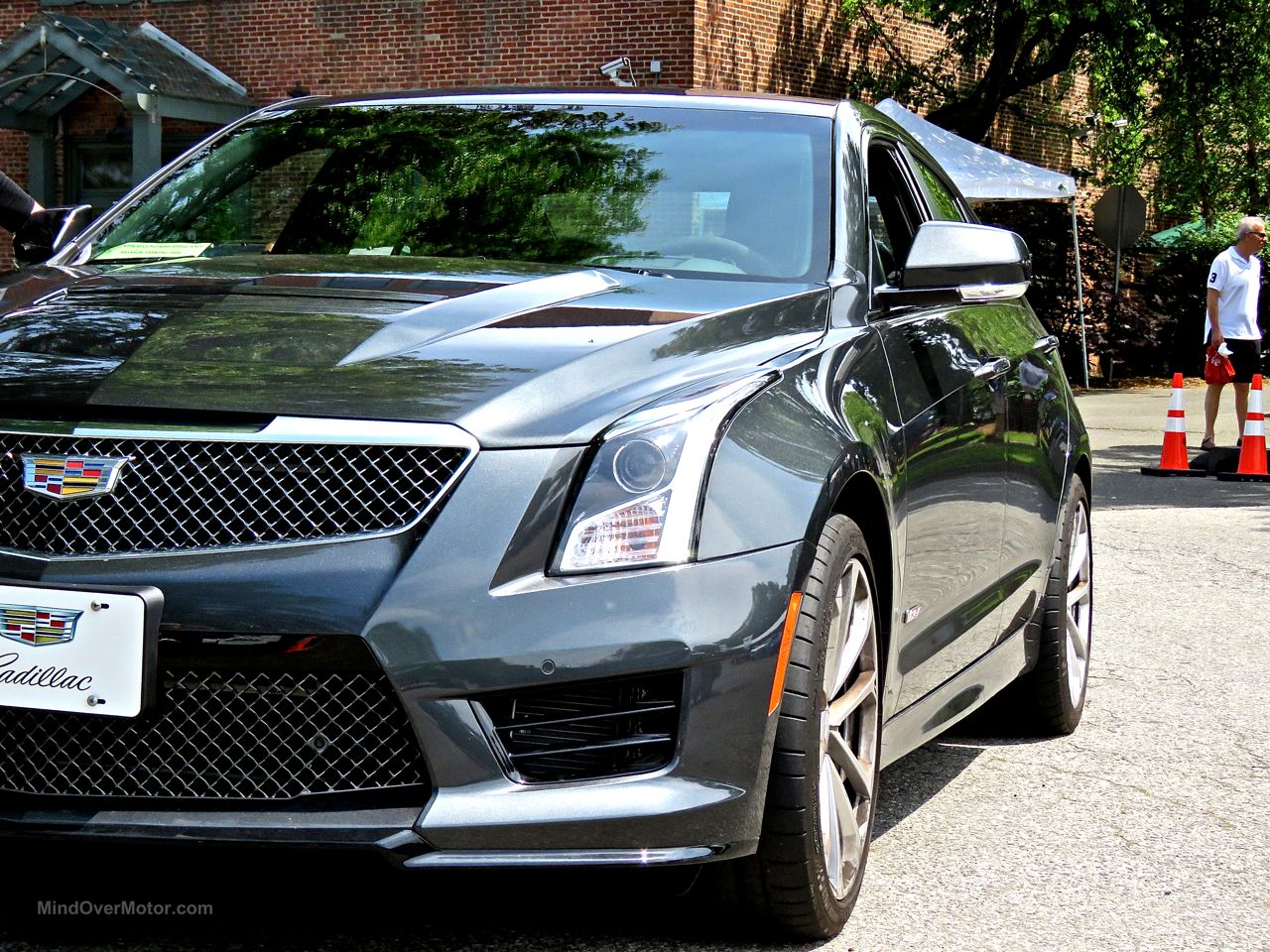 I liked driving the Cadillac ATS-V, but I didn’t love driving it. Sure, I had fun, and sure, I was very impressed with its handling. Hell, if I won the lottery, I’d buy one for the handling alone. But there’s no denying that the ATS-V with the automatic was a bit of a let-down for me. Maybe if I drive a manual one sometime I’ll feel different about that.

I really wanted to love this car, but it’s transmission belongs in 2006. So many modern automatic gearboxes have gotten to the point where they don’t detract at all from the driving experience that it’s just unacceptable to have one that does.

This is one of those infuriatingly frustrating moments where GM should have known better, but for whatever reason, they didn’t. I call it the “GM But.”

GM’s products are improving with every generation, and the things their cars do well are often spectacular. I still think it’s high-time that GM just fire everyone in the company who’s not “into cars” en masse, and build themselves into the company they should have been all along. Let the people who want to be there run the show, and let everyone else go find a job elsewhere.

Until then, we’ll keep getting cars like this ATS-V. Something that looks oh-so-good up front, but has a few unwanted surprises underneath … sort of like Caitlyn Jenner on four wheels, complete with the optional stick-shift. 😉

One thought on “Cadillac ATS-V Review: Still GM, for better and worse”