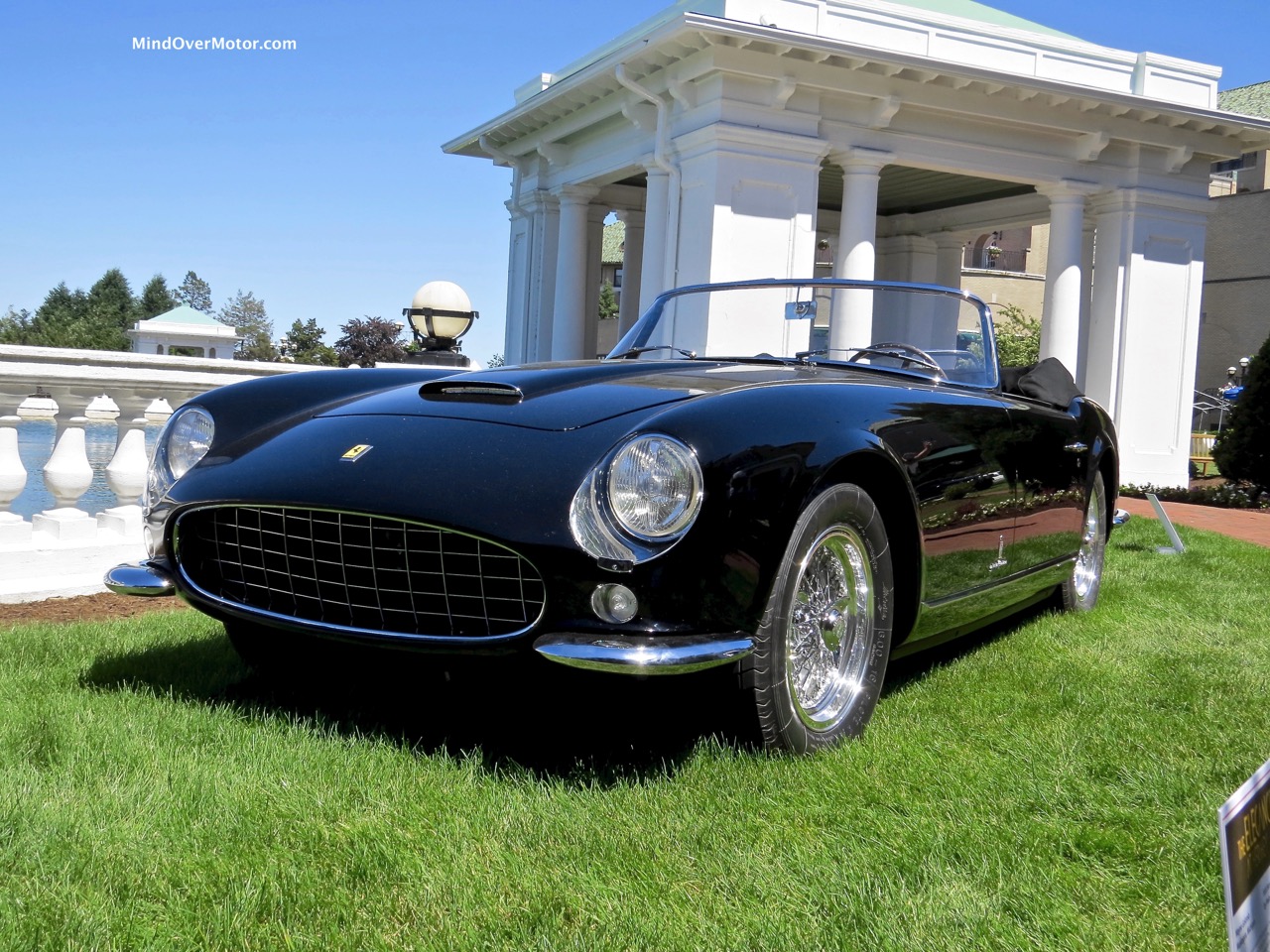 Ferrari ownership and postwar royalty seem to go hand-in-hand, especially one offs. This 1955 375 Plus Cabriolet is a one-off specialty car built for the ex-King Leopold III of Belgium, and is a mix of the older engineering that put Ferrari on the map in the early Fifties and newer styling features that would later become staples of the 250 and 275 lines throughout the late Fifties and into the mid Sixties. 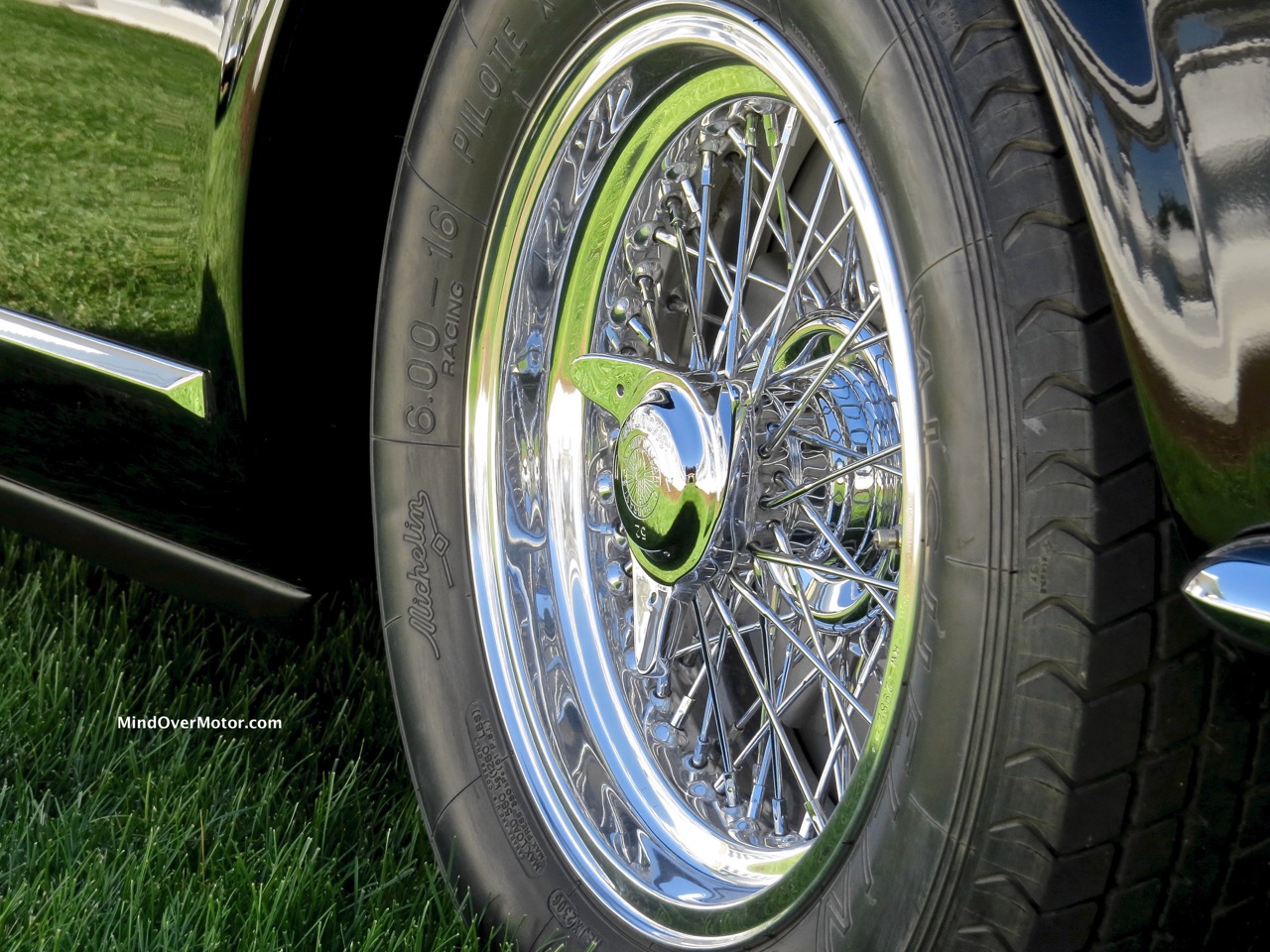 This particular cabriolet also included the upgrades made to the final run of the 375 MM, such as a larger fuel tank, enlarged “Lampredi” V12 (at nearly five liters of displacement), and a de Dion rear axle. The Borrani wire wheels, pulled-back headlight buckets, and swooping body lines would appear on the later 275, while the shape was a preview of the 250 later in the decade. In all, combined with the mirror-shine black paint finish, I don’t think I’ve seen a convertible Ferrari in this color with this much allure. The light simply danced around it. Enjoy the photos of this spectacular Italian specimen. 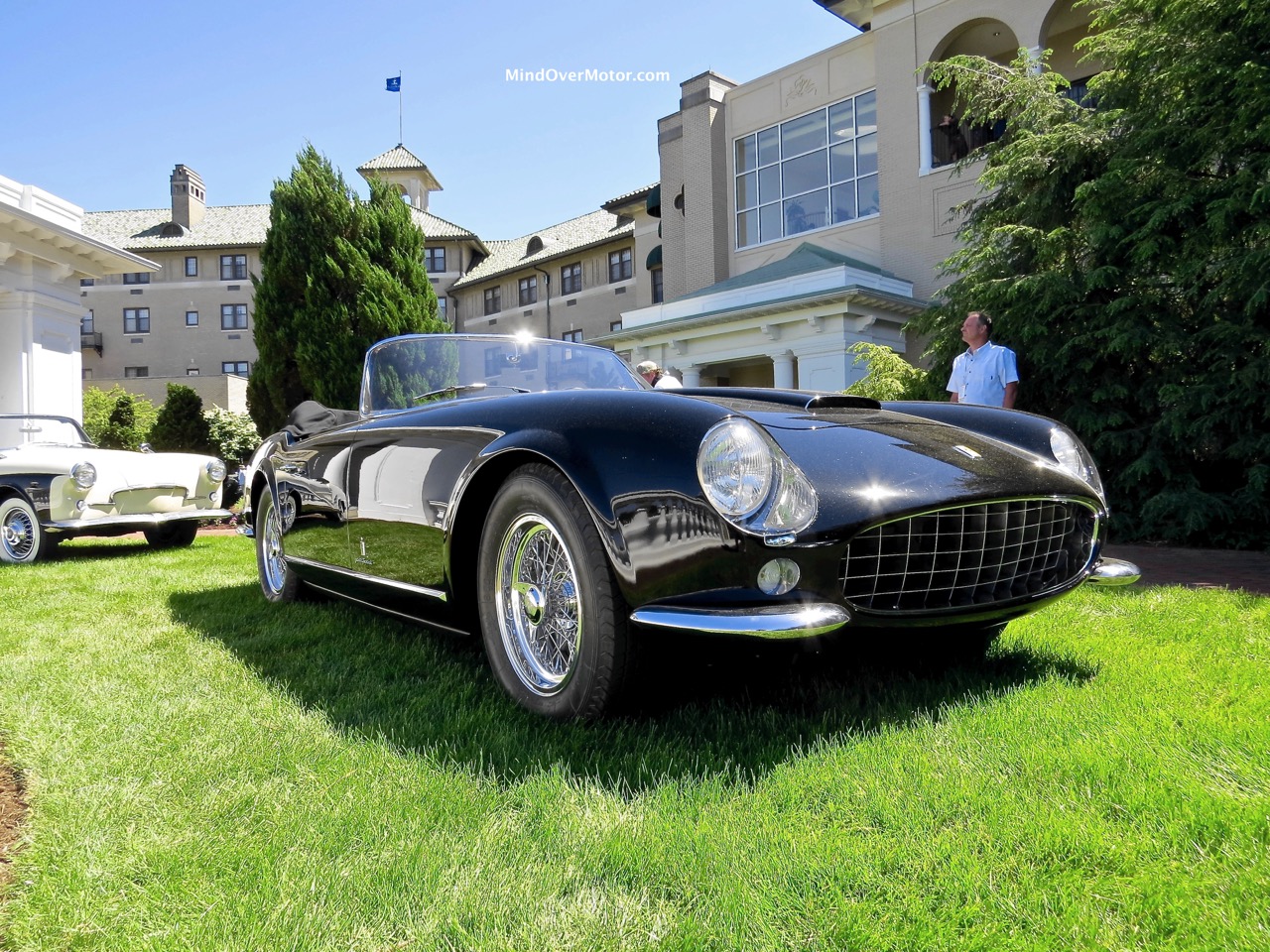 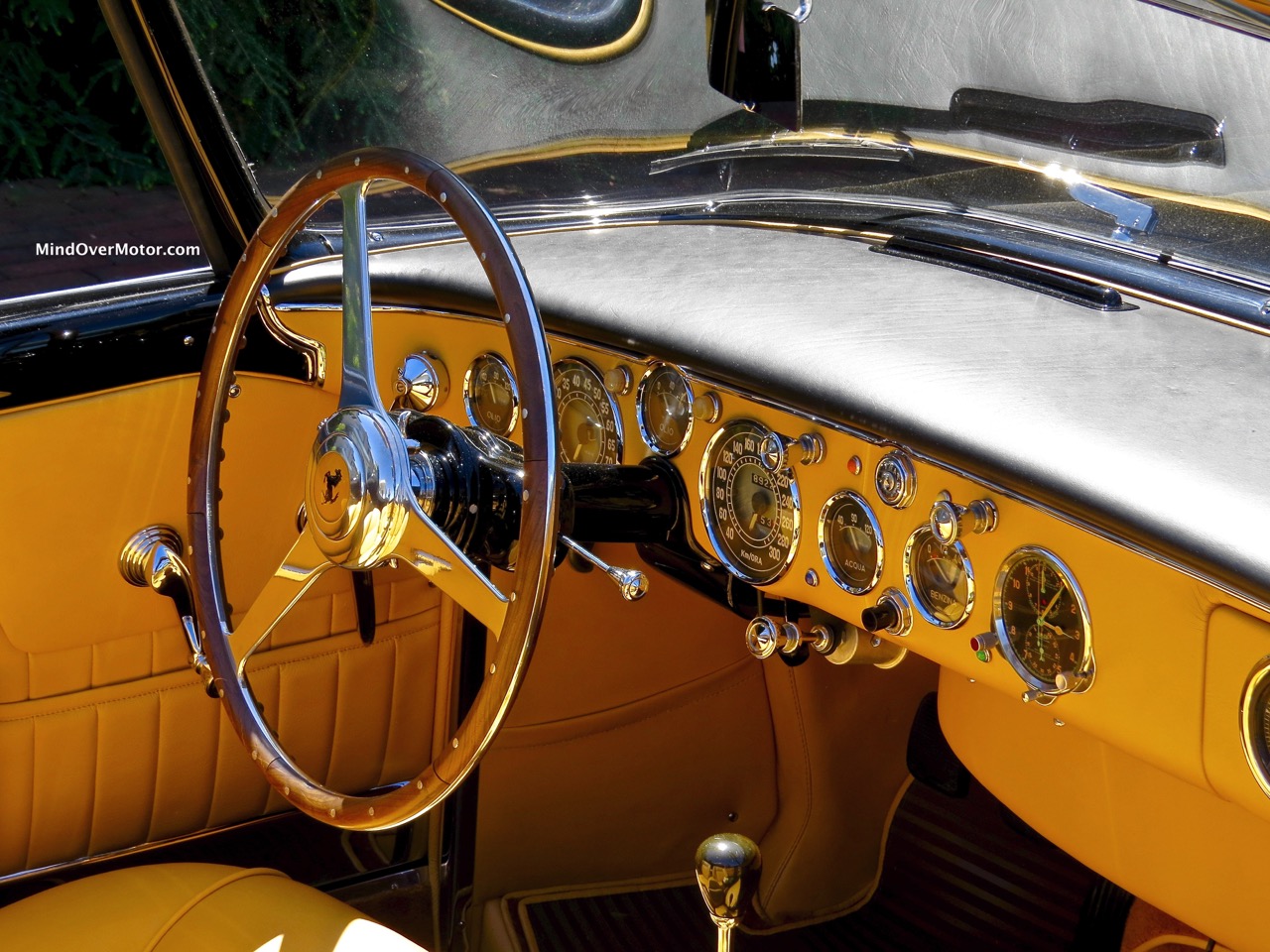 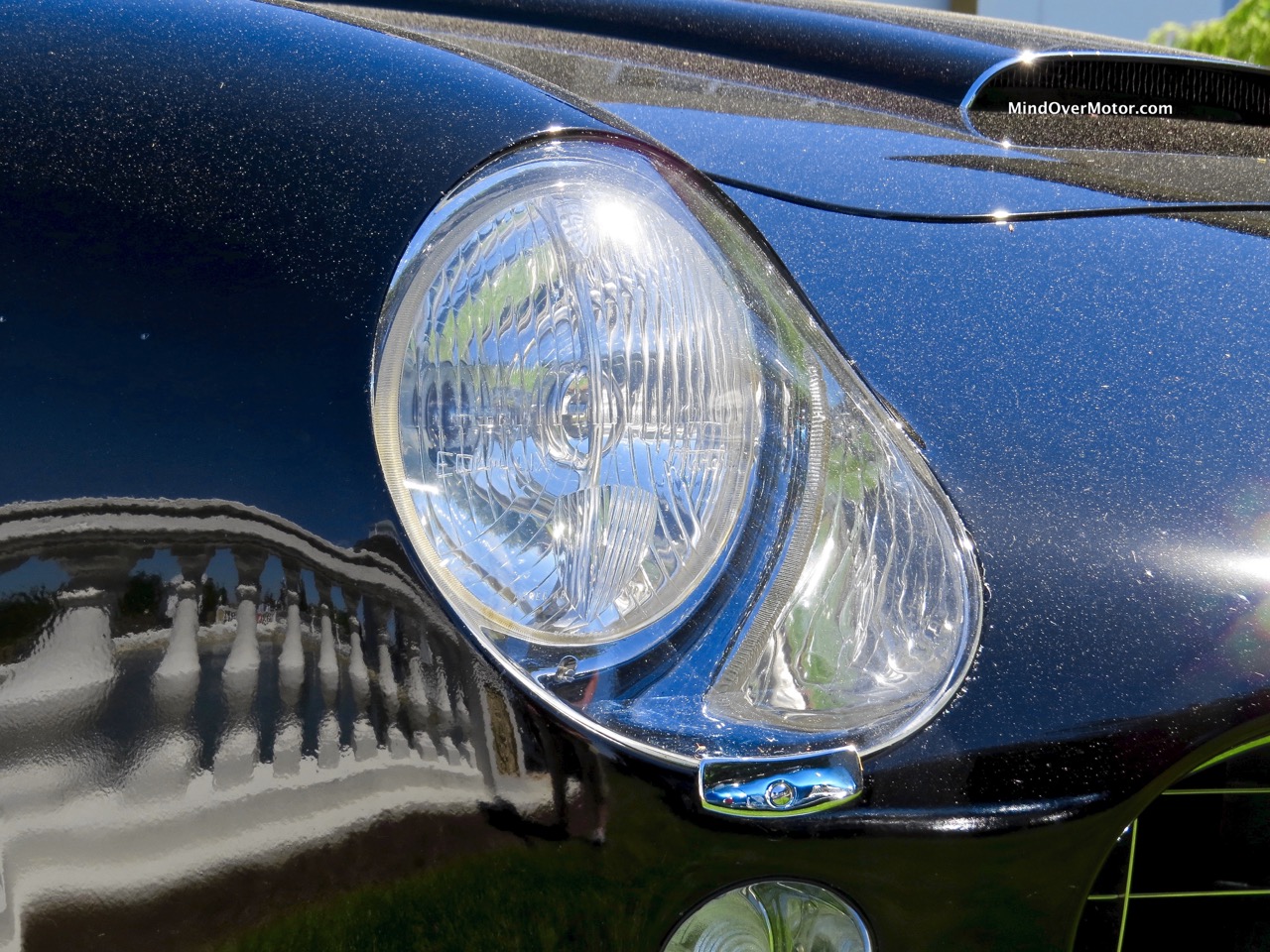 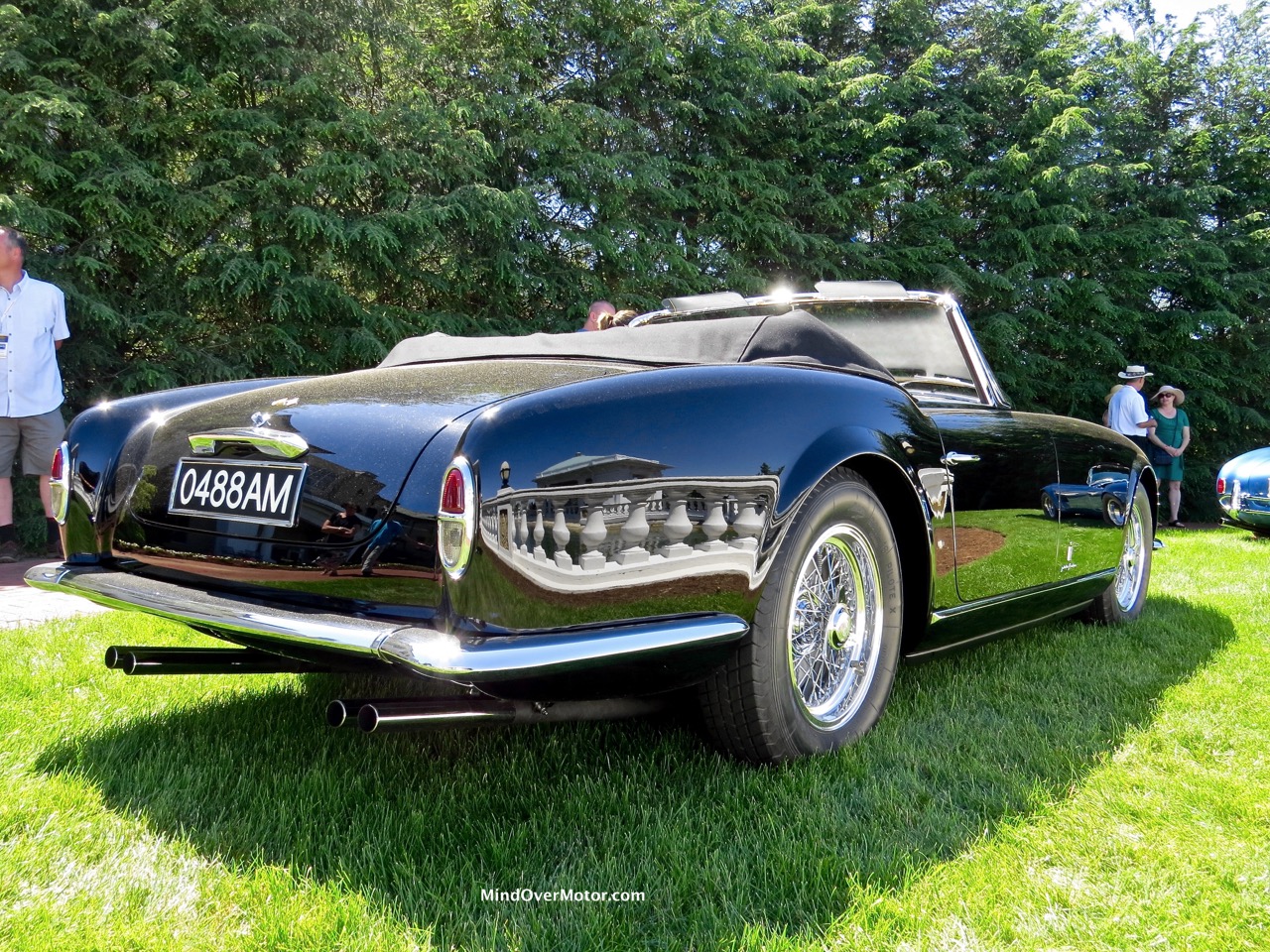