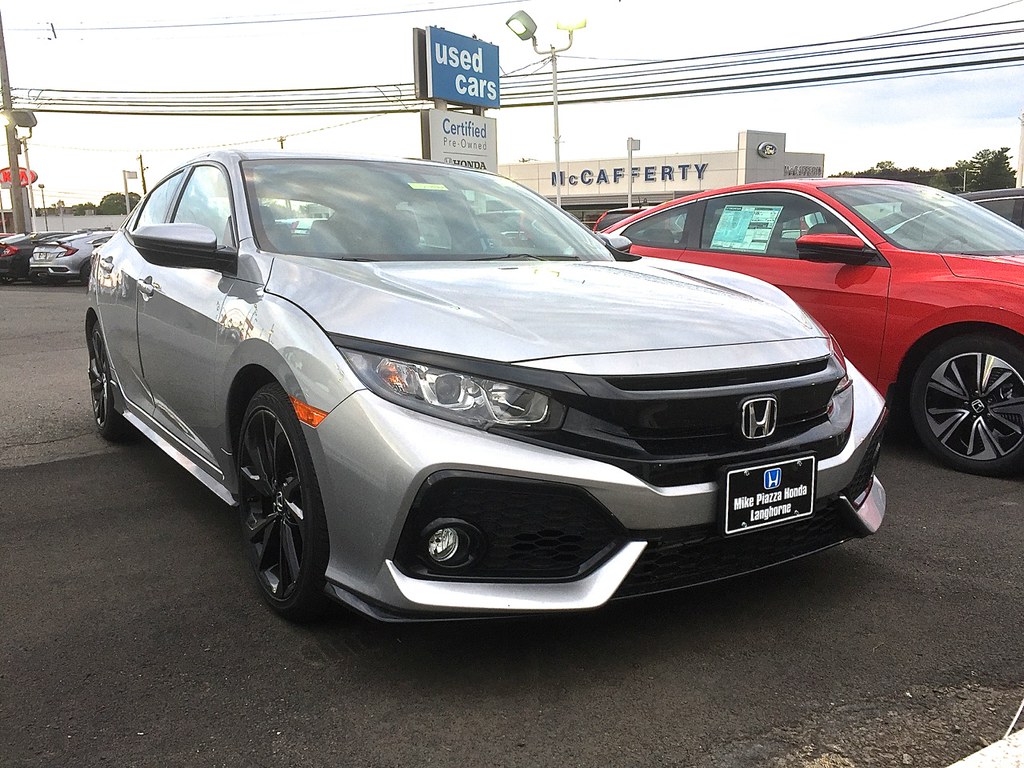 I’m starting to consider options for replacing my Volkswagen CC as my practical daily driver, and I’ve had numerous people tell me to try out the new turbocharged Honda Civic.

Now before any of you scream “Civic Si” or “Civic Type R” at the screen, just know that I need an automatic here because my girlfriend, Gab, needs to be able to drive the car. I have my Miata and my STI when I want to shift my own gears. Also, the mighty Type R is vastly out of my budget for this move.

I’m not going too deep into financials, but I’m considering a lease that would be the same or less than what I currently pay on my CC. I also want a car that is realistically capable of touching 40 MPG when I’m cruising.

So, automatic, 40 MPG capable, and a relatively cheap monthly payment. Sounds like driving excitement may not really be a factor here, right? The options are certainly limited, but the new Civic Hatchback Sport quickly captured my interest when shopping around. I’d heard some great things about the new 1.5L turbocharged engine, and it seemed like Honda had made the Hatchback Sport model a junior Si, of sorts.

I figured if I was going to try out the new Civic, I might as well try the one most likely to catch my interest. The 1.5L Turbo is available on all the Civic models, but the Sport would have the tighter handling and the sport exhaust, which would make it more my kind of car.

So, after work, I went to go check it out, and see if the Civic Hatchback Sport was the “8/10ths Civic Si” I was hoping it would be. 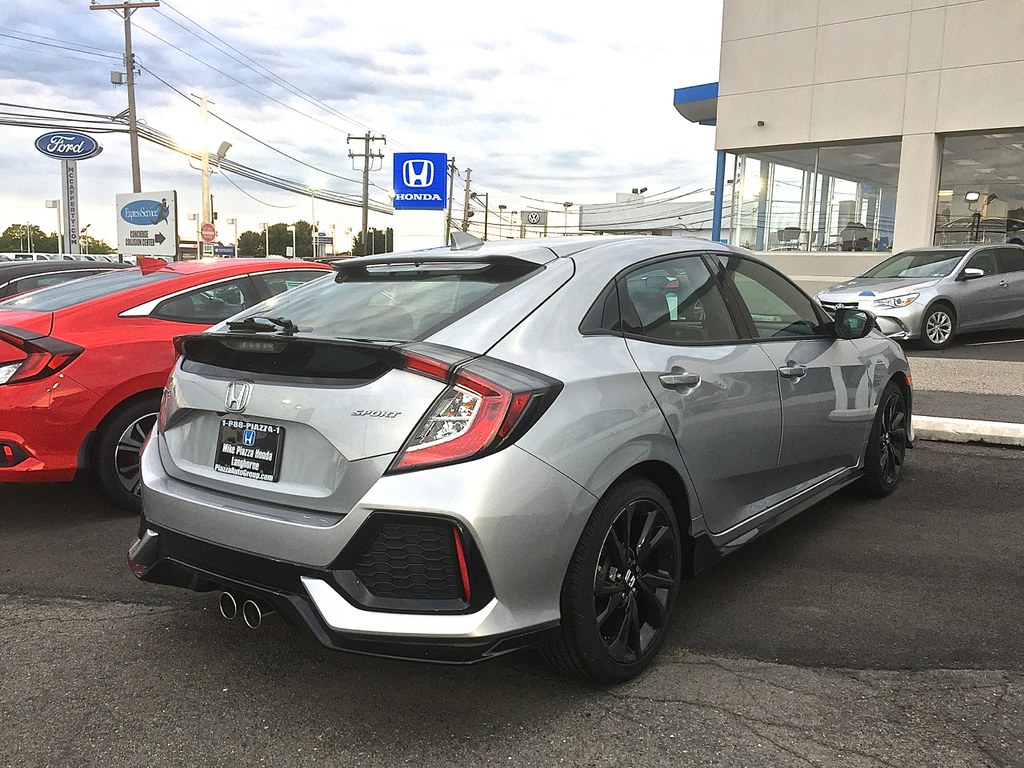 I want to begin here by bringing you into my perspective on the Civic Sport.

It’s not a “hot hatch” in the proper sense. At a glance the Civic Sport is a very basic car, just one model up from the most basic Civic Hatchback LX. The Civic’s primary purpose in life is to be a practical, economical mode of transportation. It’s affordable to buy, cheap to maintain, and easy on gas. It’s core purpose is not about lap times and silly high speed thrills, that is what the Si and Type R are for.

Yet, somewhere along the line developing those high performance models, it seems that Honda allowed some of that mojo to drip down to the lower end of the Civic range. That mojo seems to have infected the Civic Sport severely, because it drives very much like a hot hatch… even though it isn’t one, of course.

Yes, this is an economy hatchback, capable of touching 40 MPG, and it is genuinely exciting to drive in a way that makes you want to blast down a winding back road at reckless speeds. I had expected it to just be mildly entertaining, but the Civic Sport was genuinely exciting to drive. It’s not really trying to compete at the high performance level, but somehow it does a pretty damn good job. 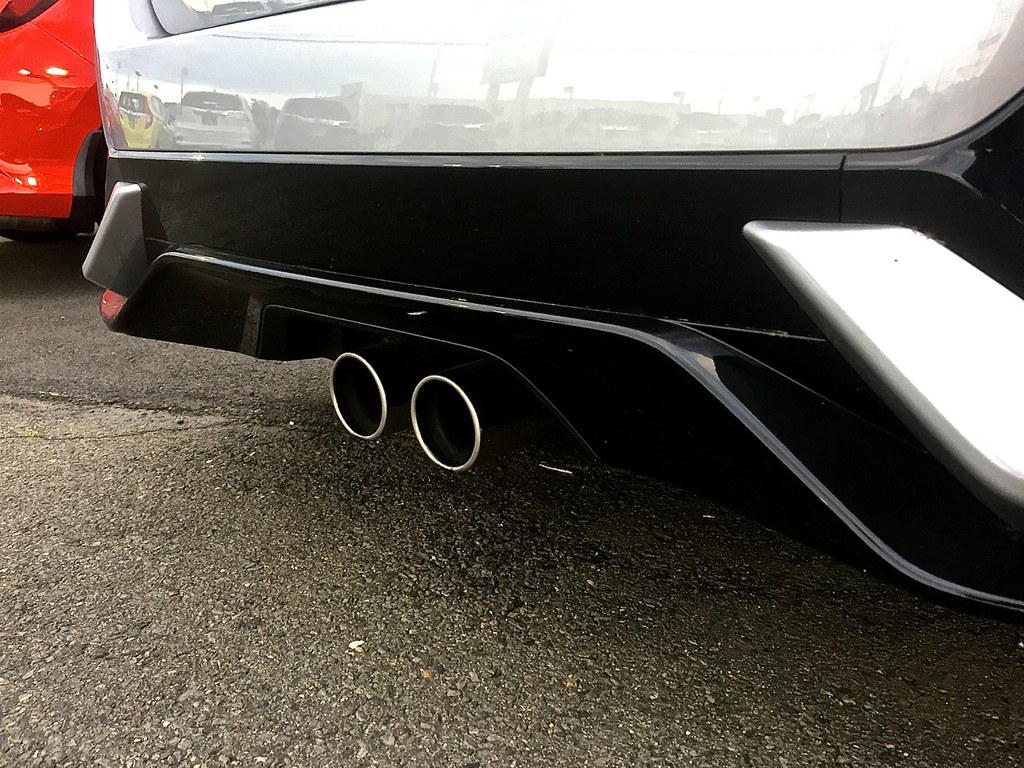 It’s like Honda made a number of small improvements in different areas to the basic Civic, and the result seems more than the sum of those parts. I drove a normal turbo Civic Sedan right after the Sport, and while it was good, it didn’t have the same magic of the Sport.

The 1.5L Turbo engine is more of a riot than it has any business being in an economy car, and that’s because it’s been underrated by Honda. For the Sport, they claim 180hp, but real world dyno tests show it to be more in the range of 190-200hp, not bad at all in a car weighing around 2,900 lbs.

The Civic Sport may be capable of hitting 40 MPG with good behaviour, but if you spend a lot of time in that delicious boost you won’t get anywhere near that. That’s exactly the sort of car I want, though, something that gives me the option to either sip gas lightly or fly around with my ass on fire. The reward spooling up the turbo is some surprisingly satisfying acceleration (honestly, it’s not far off a Fiesta ST). It’s quite eager to pass on the highway, and the CVT actually helps by keeping the car in boost with no interruption for shifting. Rest assured, the Civic Sport has no problem blasting past 100mph.

The handling, for me, was what really set the Civic Sport apart from the sedan I drove after. It’s crisp and responsive on the road, and stays totally composed over bumps and dips in the pavement. It feels right at home at a good clip on a winding back road, and it’s genuinely exciting to drive. Even by seasoned hot hatch standards, it’s more than decent. 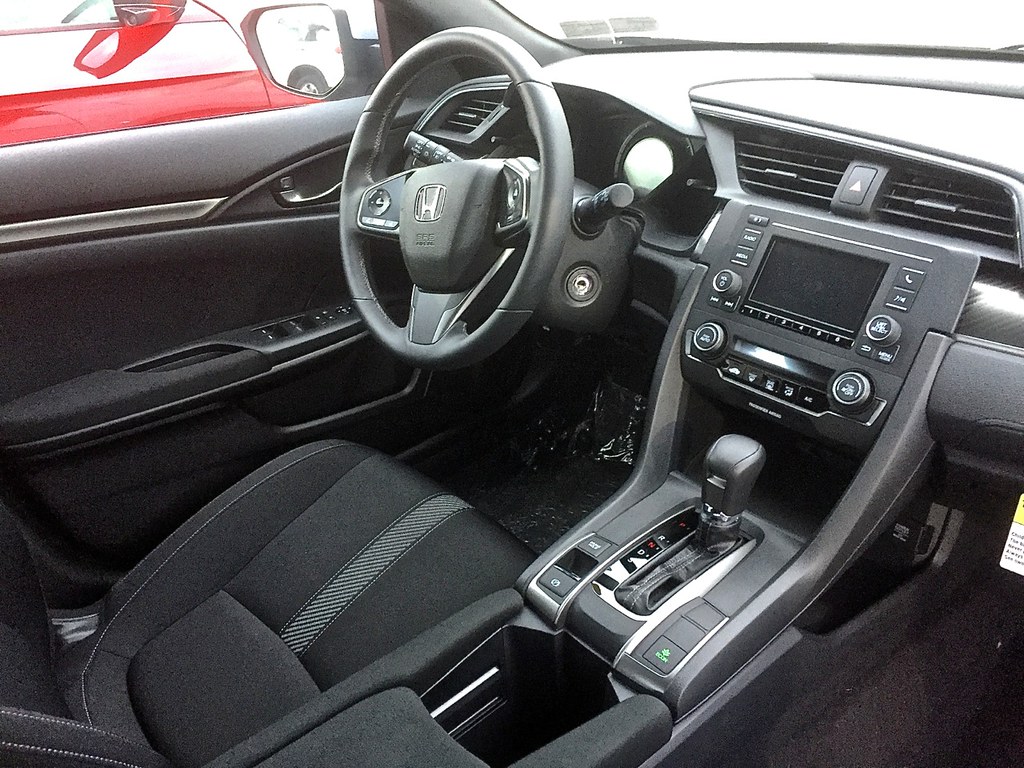 The Civic Sport certainly offers much more of the hot hatch experience than expected, and that’s why I find myself so drawn to it when looking for an economy car. I’m not even sure I need it’s extra performance prowess, but at around $22,000 it’s not like I’d be paying much more for it. It’s quite tempting to be able to have fun with the car every day, rather than merely tolerate it.

The CVT is usually the big sticking point for driving enthusiasts, but I actually like CVTs in the right types of cars. As I said before, it keeps a turbo car in boost and doesn’t waste time shifting. It also responds a lot faster and more fluidly than most automatics to your inputs on the throttle, and that’s really nice in traffic. In my mind, the Civic Sport is exactly the right type of car for a CVT, and that’s because it isn’t an Si or a Type R. It’s a normal Civic with some performance extras, but it still needs to be a normal Civic to most buyers. Sure, I hear it has a nice manual option, but if I’m buying a true driver’s car, why wouldn’t I just spring for an Si?

I feel like the Civic Hatchback Sport was tailor made for someone like me, who wants something thrilling like the Si, but needs something a little more focused on practical concerns. The Civic Sport is able to check both of those boxes for me, especially with the CVT.

What’s funny is I never really thought of myself as the sort of person who would want to drive a Honda Civic, but here I am lusting after this lower trim model. I will say, Honda’s best strength is their execution, they make things work, and work exceedingly well. They wanted to up the bar for the whole market with the new Civic, and boy have they delivered. The whole Civic lineup looks great, and that new turbo engine is phenomenal, both in fuel economy and performance. The Sport is likely the ideal model for me in my current situation, but any of the new Civics are a great idea to consider. In fact, you’ll have many more options if you’re not afflicted with the desire to fly through corners. 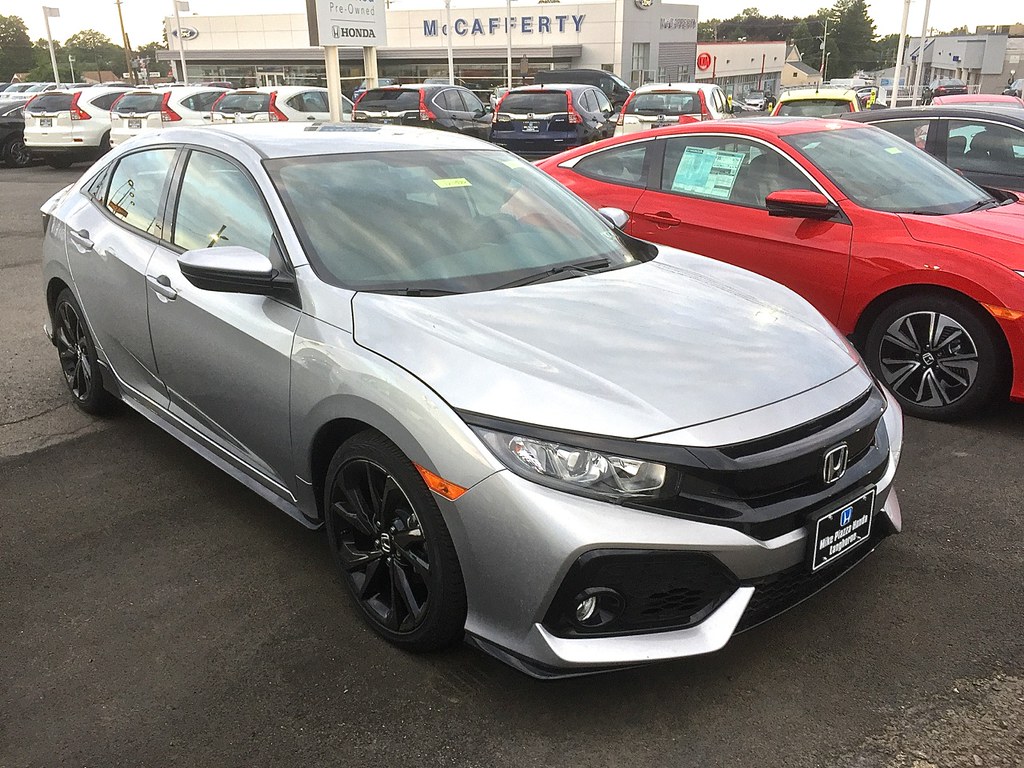 Whether I wind up springing for a Honda Civic Hatchback Sport or not, I was absolutely blown away by its ability to please in so many ways. For car enthusiasts, it is surely one of the best cheap daily driver options out there, especially if you have a fun second car that drinks tons of fuel.

As far as daily driving is concerned, I can confirm the Honda Civic Hatchback Sport is pretty much 8/10ths of the Civic Si experience, and an ideal compromise for any enthusiasts out there who, for whatever reason, need an automatic. This car is a wonderful total everyday package.

One thought on “Honda Civic Hatchback Sport Review: My Next Daily Driver?”