Hot hatchbacks represent one of the market’s easiest ways to get into a brand-new sporty car without paying an exorbitant price.  Although the segment has expanded drastically over the years, Volkswagen is still the company that seems to win every single comparison test.  The GTI is the yardstick by which the others are measured, and I decided that I should go and find out why.

The test vehicle in question was a dark blue 2-door model, with the DSG dual-clutch transmission, and a package including both a sunroof and a GPS system in the dashboard.  For $25,300, it’s not a bad amount of equipment.  You do get heated seats and mirrors, and full power adjustment for the windows, mirrors, and locks, but not the seats.

On paper, the GTI does not look as if it will be competitive with some of its counterparts in the market, such as the Civic Si, Mini Cooper S, and the MazdaSpeed 3, all of which cost about the same.  It only has 200HP, it’s not that light compared to the competition, and seems to rise more quickly when optioned than its counterparts.  But, the parts do make a good whole, which is something I tend to respect in pretty much any car.

On the move, it rides a bit stiffly over big road cracks, thanks to the 18-inch rims (now standard), but the ride is otherwise manageable.  The handling is what puts this car on a different level, and really proves why Volkswagen is still “The Yardstick.”  The GTI’s steering is well-balanced and has a good amount of feel, but it’s not heavy.  It doesn’t lean much in hard corners, and feels secure when pushed.

The engine note from the 2.0TSI engine is a smooth purr, even with the turbo spinning up.  It pulls extremely well with the paddle shifters engaged, as if this transmission feels almost meant for the engine.  The mid-range punch is respectable, too.  When I started to play with the paddle-shift in a series of corners, the engine note almost cried out, “Play with me!  I want to go faster!”  In other words, this car almost wills its driver on.  It’s a fun car, but it’s certainly not unmanageable.  Volkswagen may not build the fastest or most hardcore hot-hatch on the market, but they certainly build the most balanced choice available.

What also really helps this car’s case is that it responds very well to modifications.  According to the salesman who rode with me on the drive, with just a chip the GTI can produce around 270bhp–a significant improvement for such a basic modification.  And the car isn’t always about driving like an animal.  When I settled down a bit, ,the car offered a great simulation of a daily driver–under normal driving, it’s calm and civilized, and even practical.  It’s this duality that makes me respect the GTI more than I did before I drove it.  I don’t care that it’s not the fastest or most racecar-like–it’s a fun, balanced hot hatchback that can make everyday driving an absolute blast. 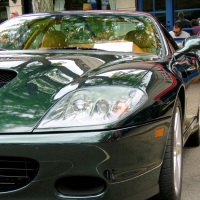 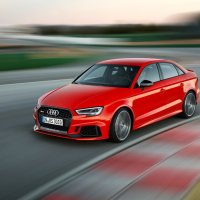