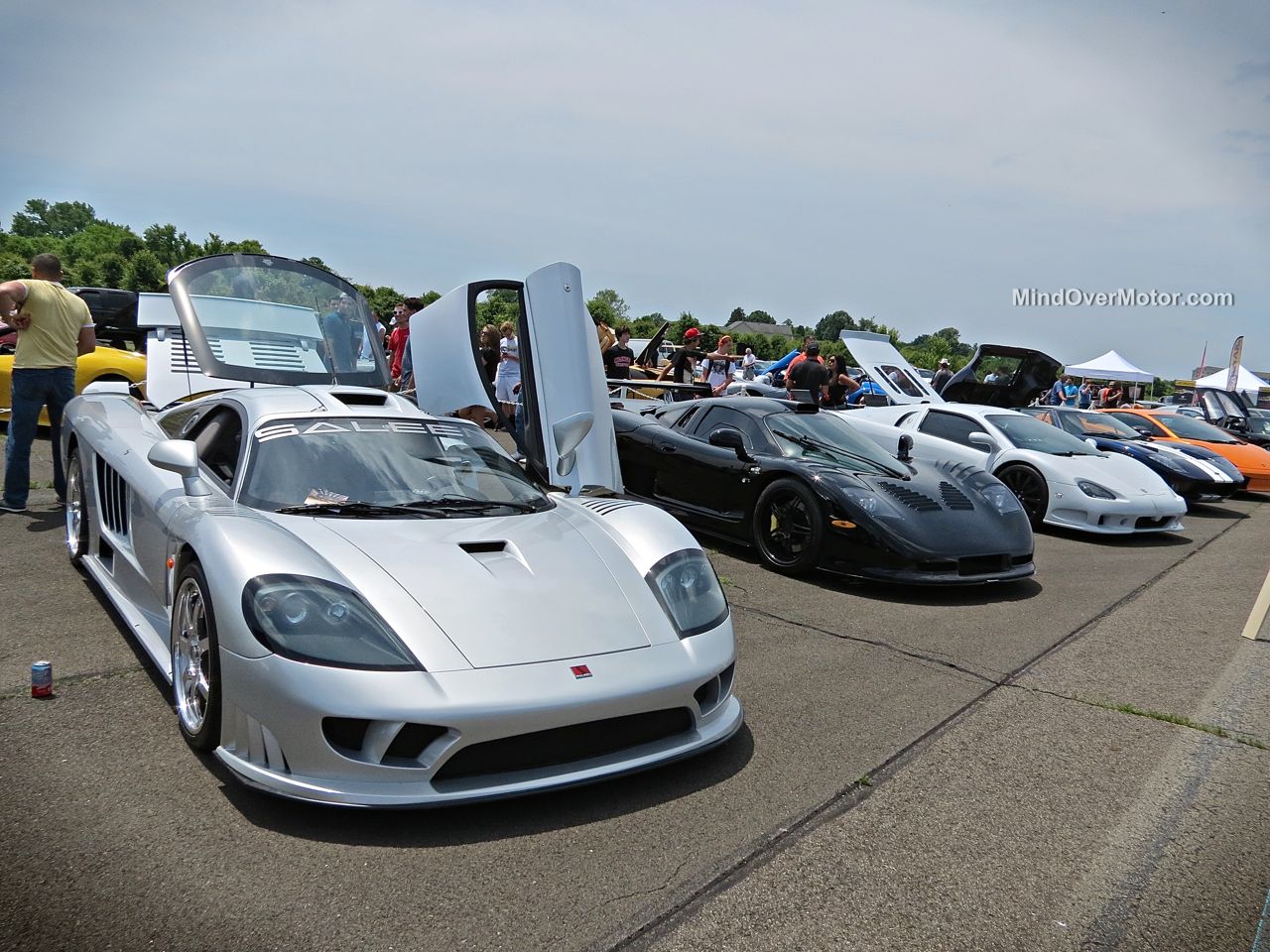 We went to the CF Charities Supercar Show this past weekend, and there was some serious American metal there. Not muscle cars, as you might expect, but an array of hyper-exotic supercars from US manufacturers, oh, and of course an imposing Black Hawk helicopter courtesy of the US Army. It was a very exciting event  with eye candy in many forms, fast cars, deadly aircraft, and beautiful women — our founding fathers would be so proud! 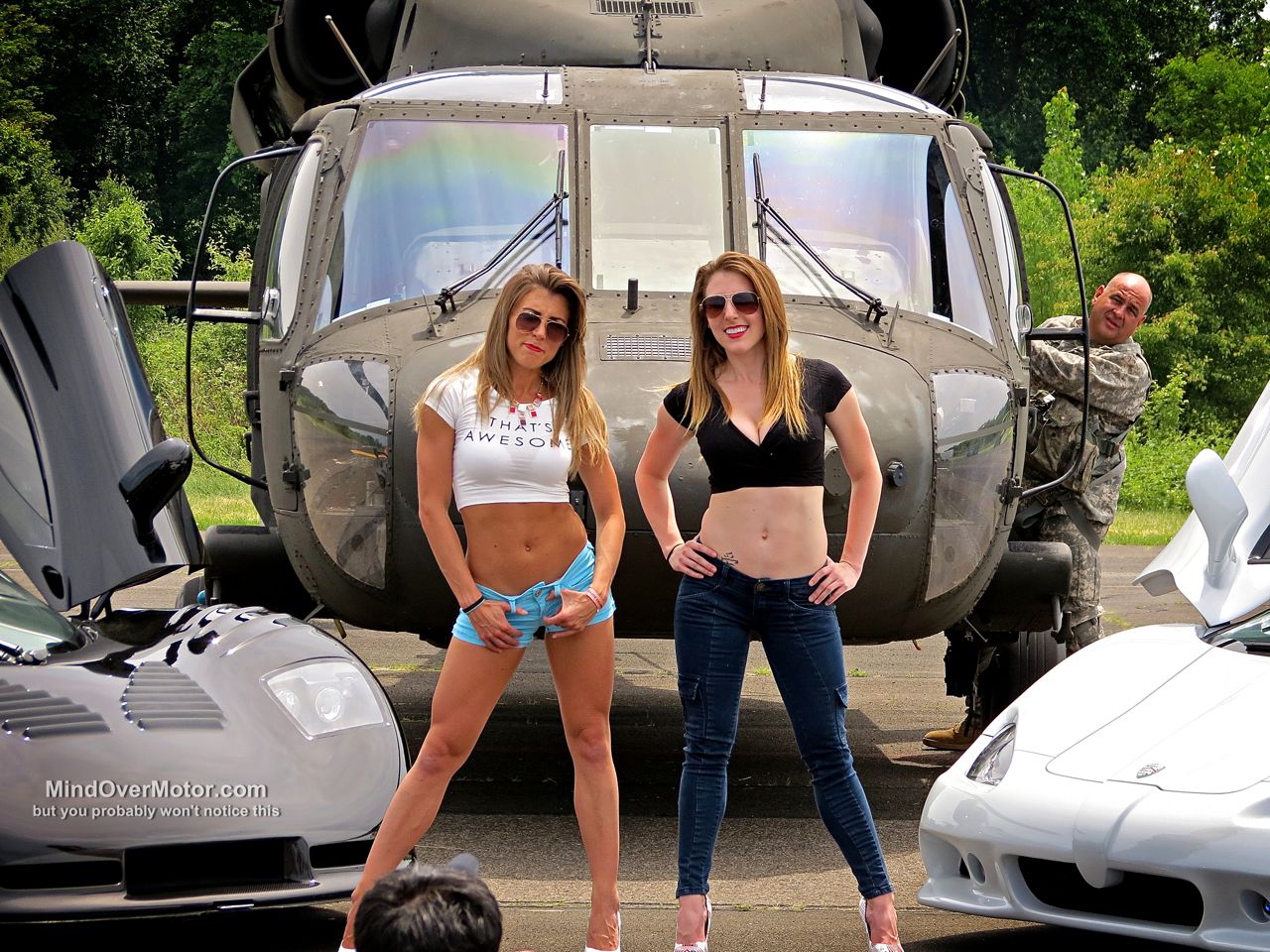 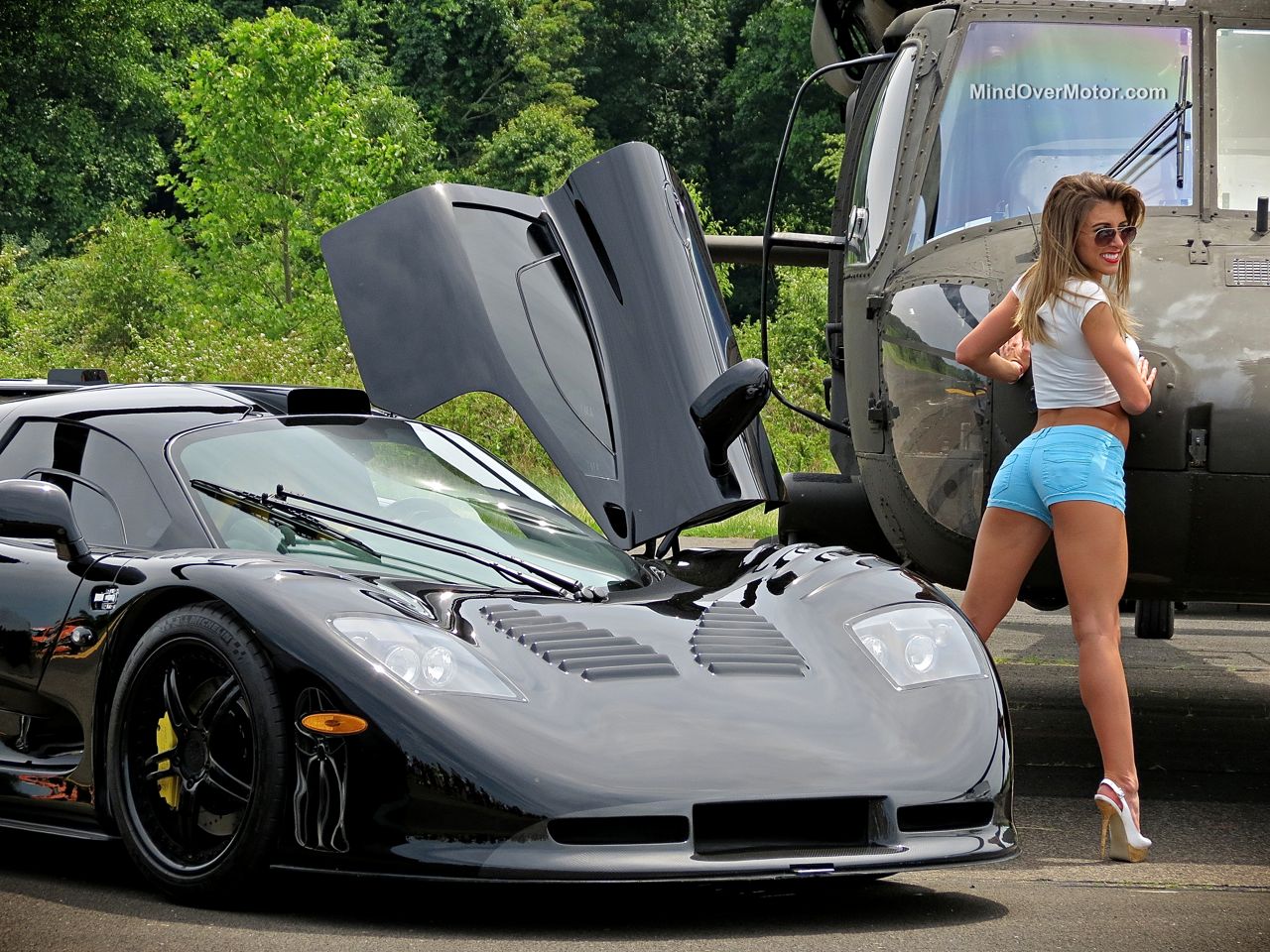 We have actually featured both the Saleen S7 and the SSC Ultimate Aero before, but the black car you see here was the extremely rare (one-off in fact) Mosler Raptor GTR. It was the final supercar made by Mosler Automotive before they went bust in 2012, producing just this one single production model before closing their doors.

The Raptor GTR (badass name, right?) was the fastest and most powerful car that Mosler Automotive ever produced. With 838hp being produced from a twin-turbocharged, Corvette-sourced 427ci V8 (7.0L), the Raptor GTR was capable of reaching over 240mph. Also, because it weighs just under 2600lbs (about the same as a Mini Cooper), this Mosler actually tops the mighty, and hefty, Bugatti Veyron Super Sport in the power-to-weight ratio department. So, in simple terms, it won’t struggle to get on the highway, in fact, it will make the highway its bitch.

As you can see below, the Mosler’s turbochargers are very much a part of the car’s aesthetics, with the exhaust tips attached right to the back of the turbo itself. Some people with lifted trucks like to dangle a set of steel testes from their tow hooks, and the Mosler does the same thing with its turbos, just in a far more real, and menacing way. 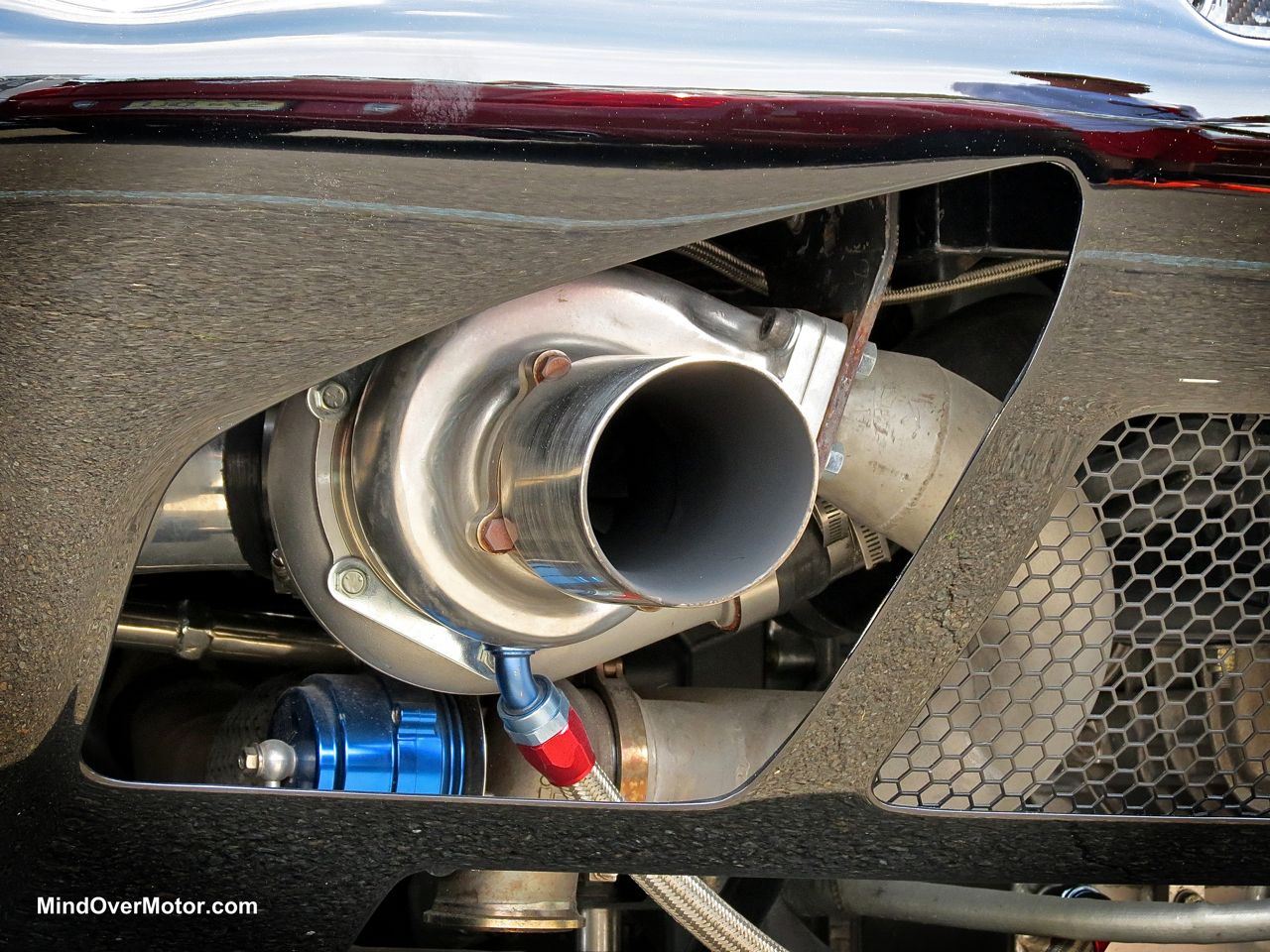 So the CF Charities Supercar Show was a great event this year, and we look forward to next year. All of the cars there were special in their own right, and there are further galleries and videos to come from the event. We just decided to lead off with a grand-slam home run, in the form of these awesome American exotics. Enjoy! 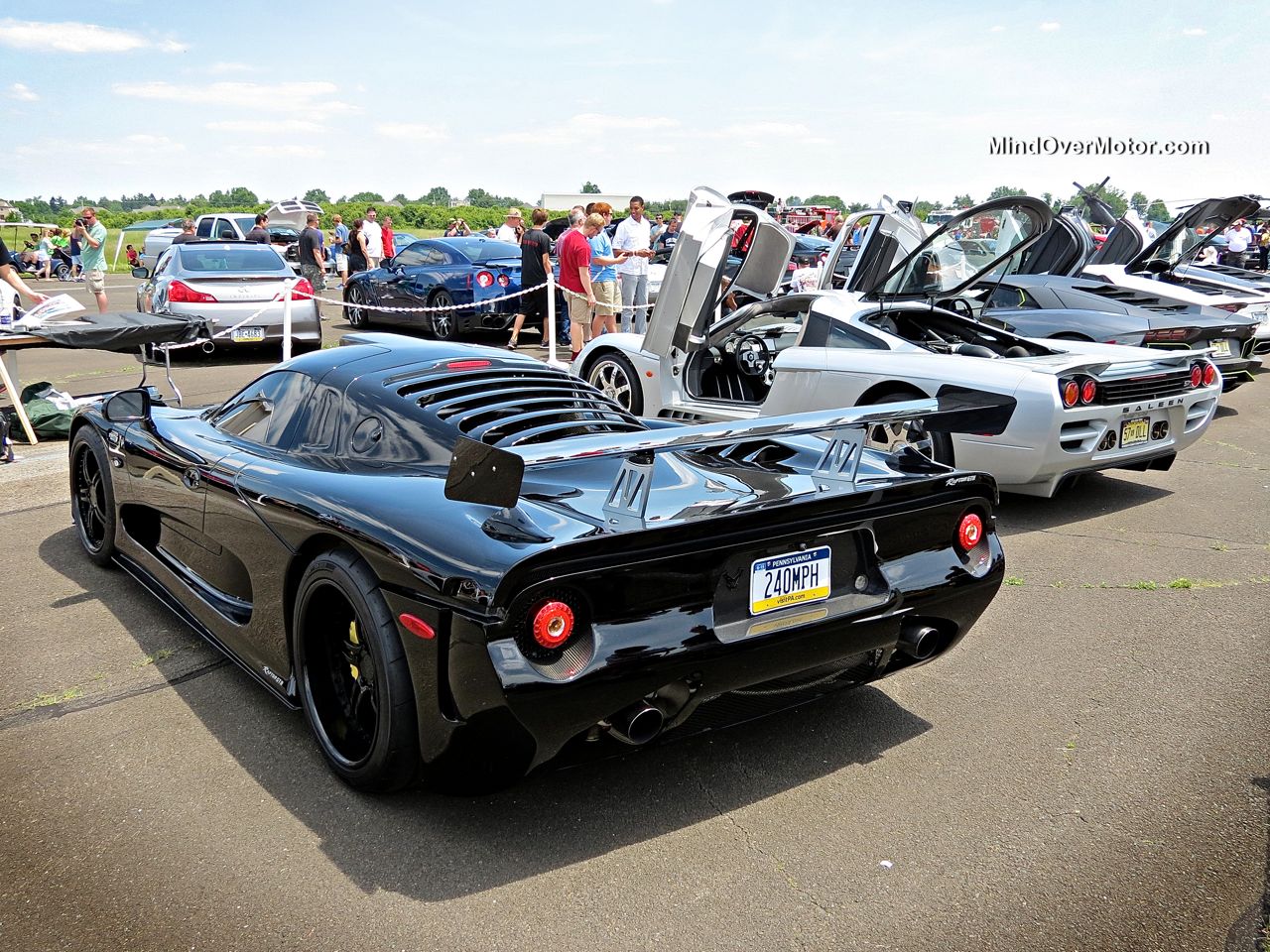 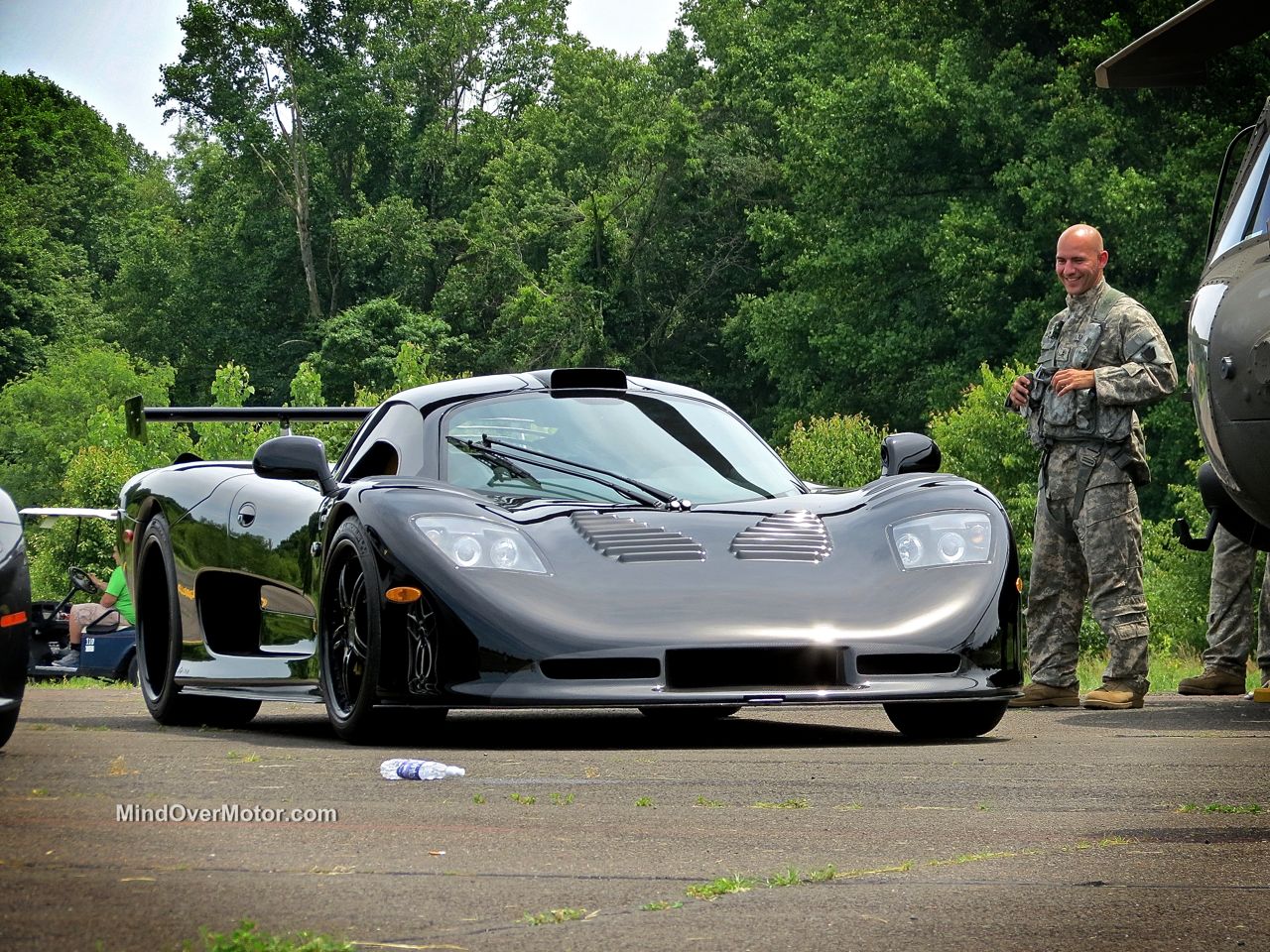 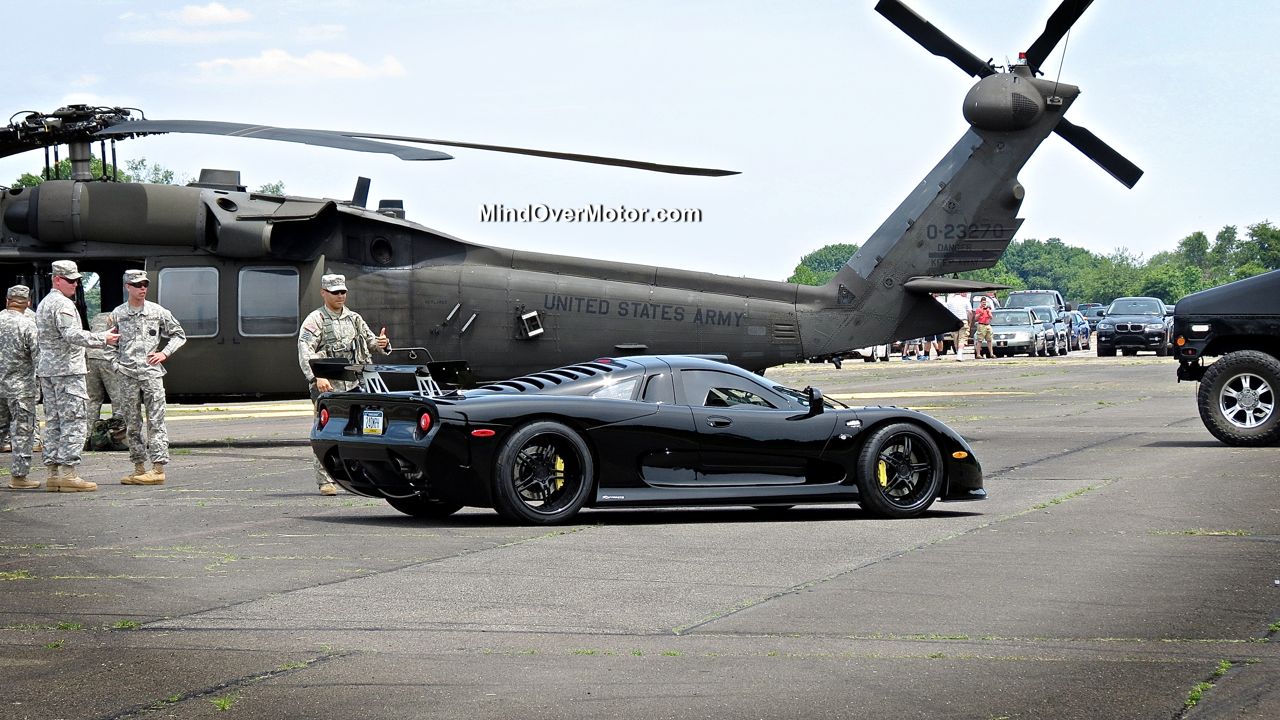 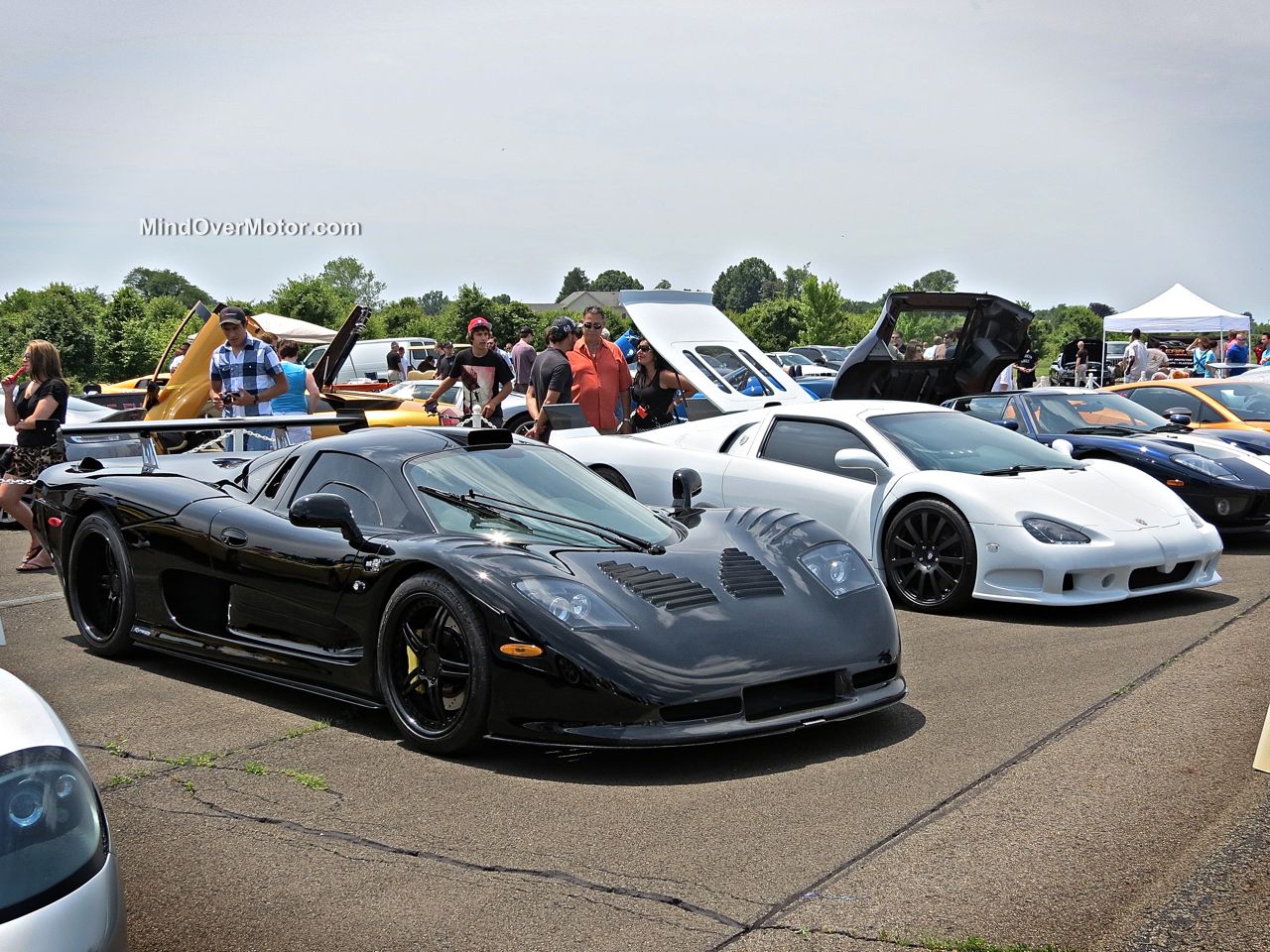 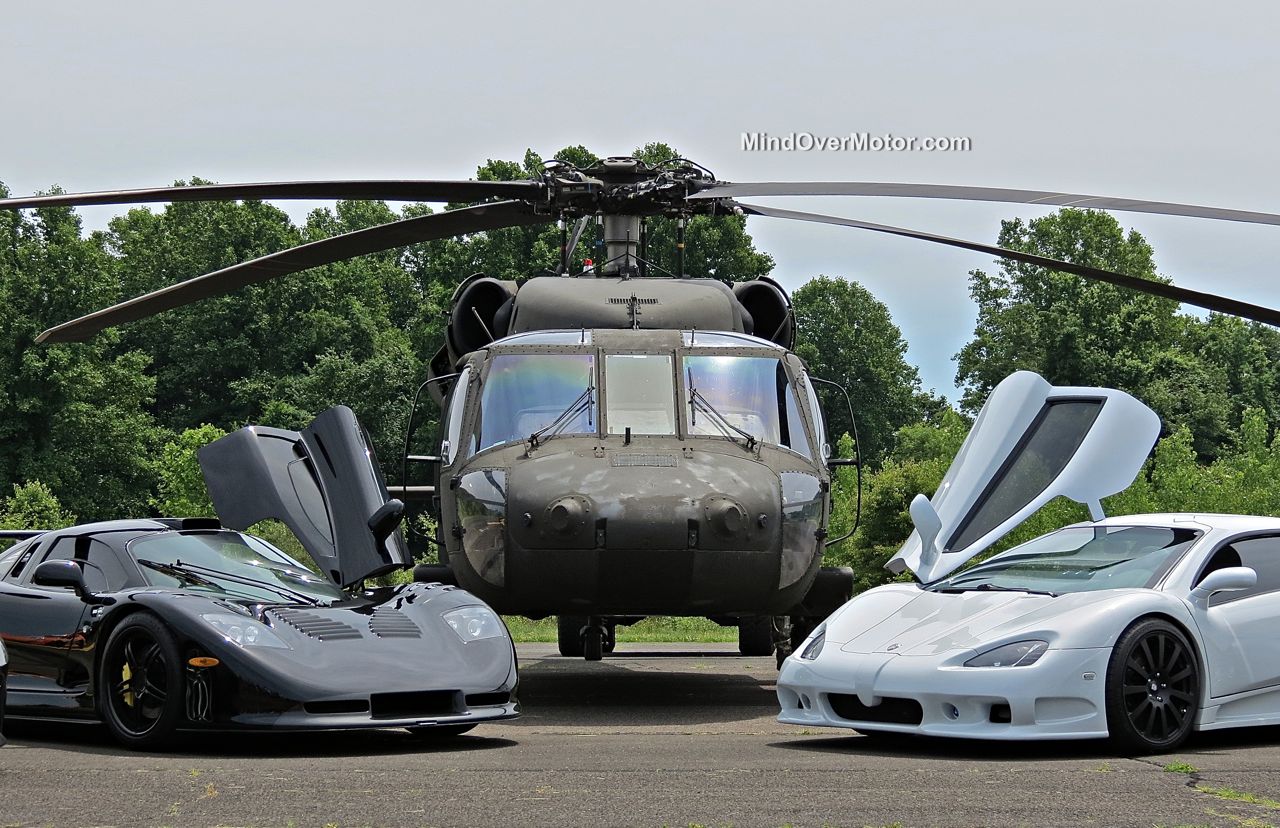 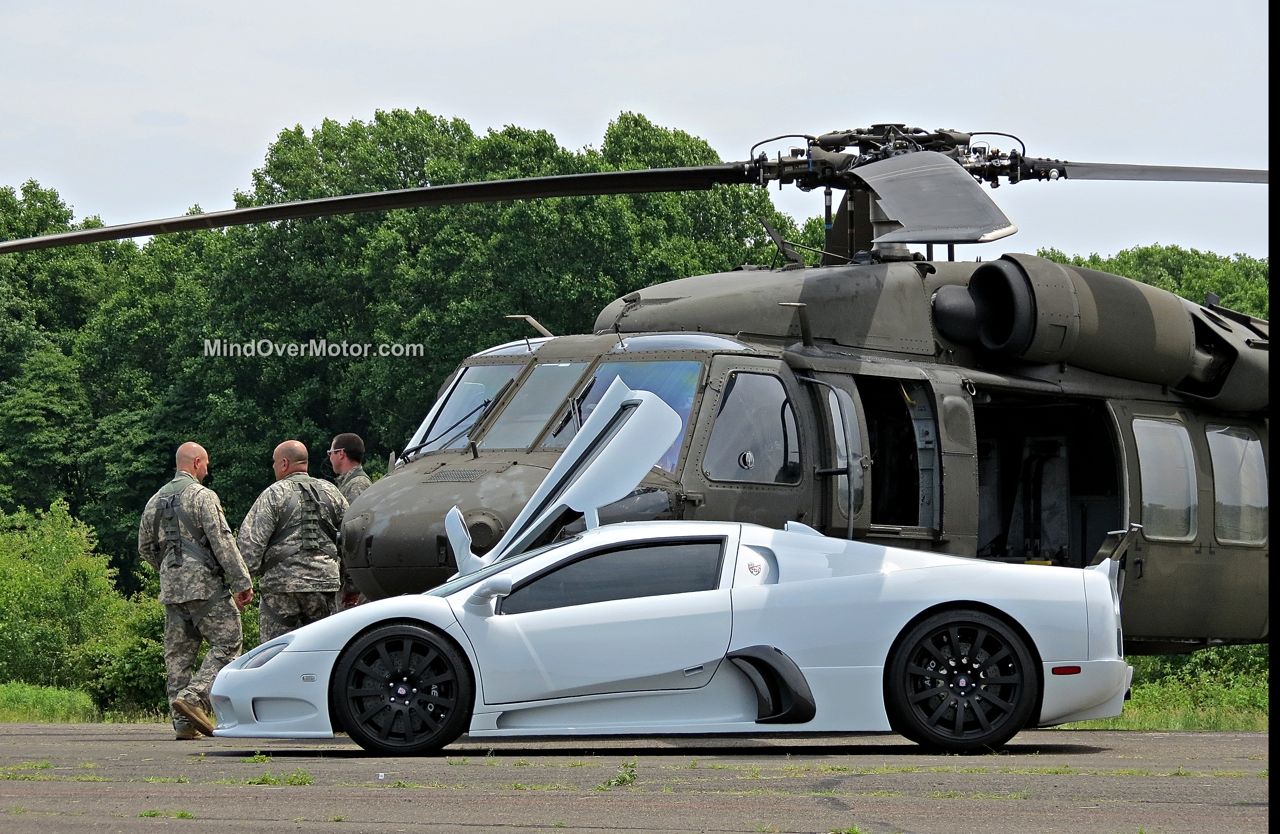 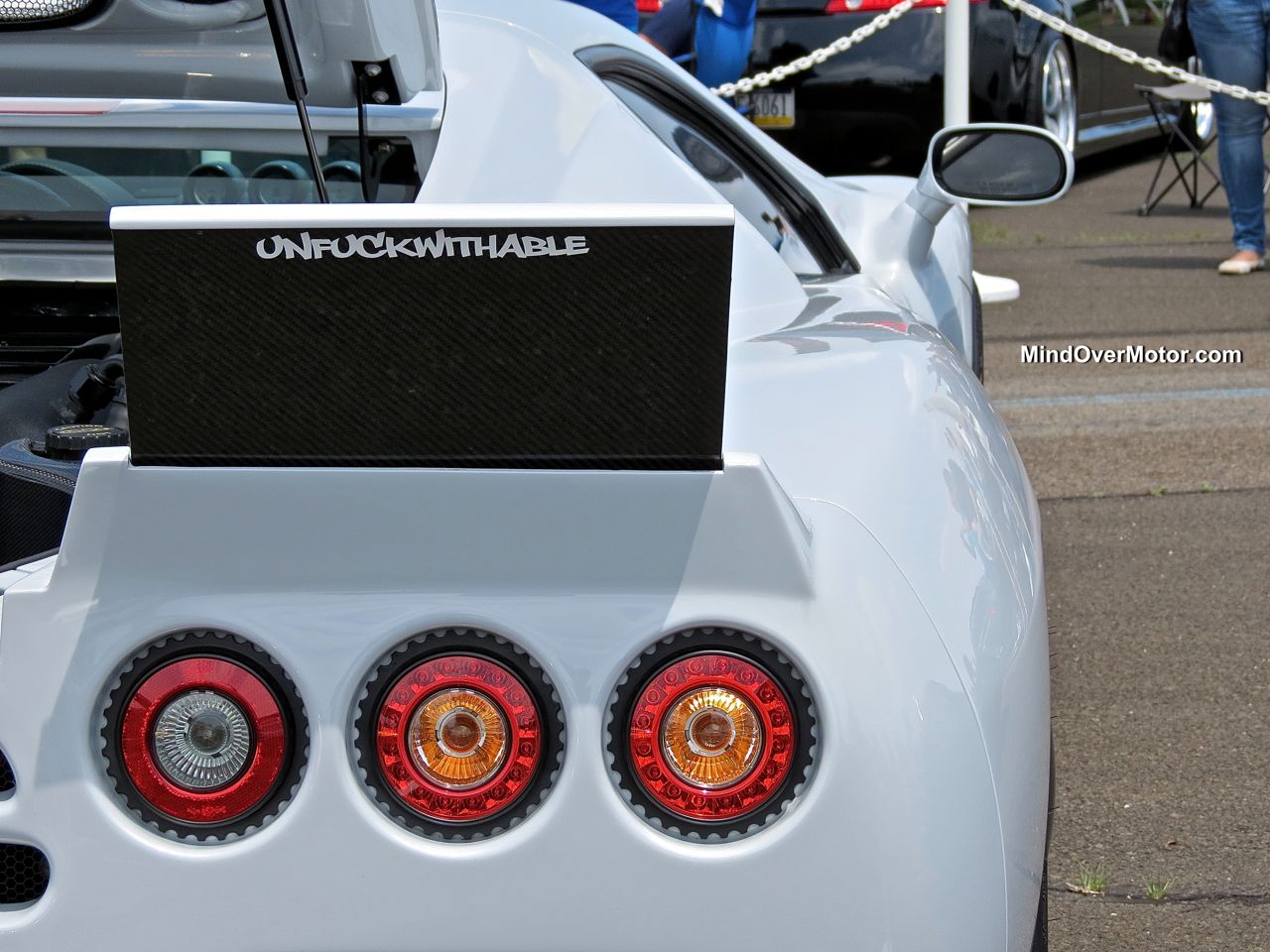 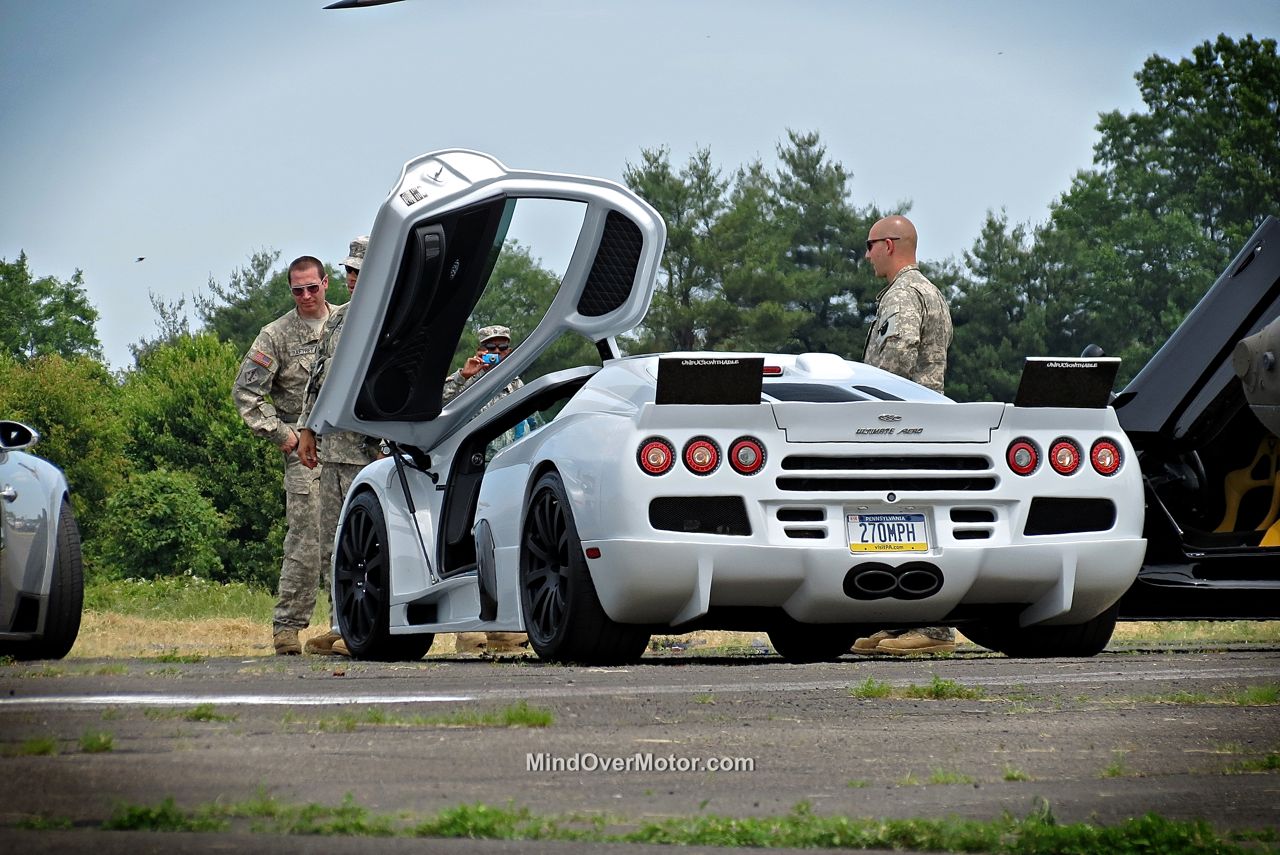 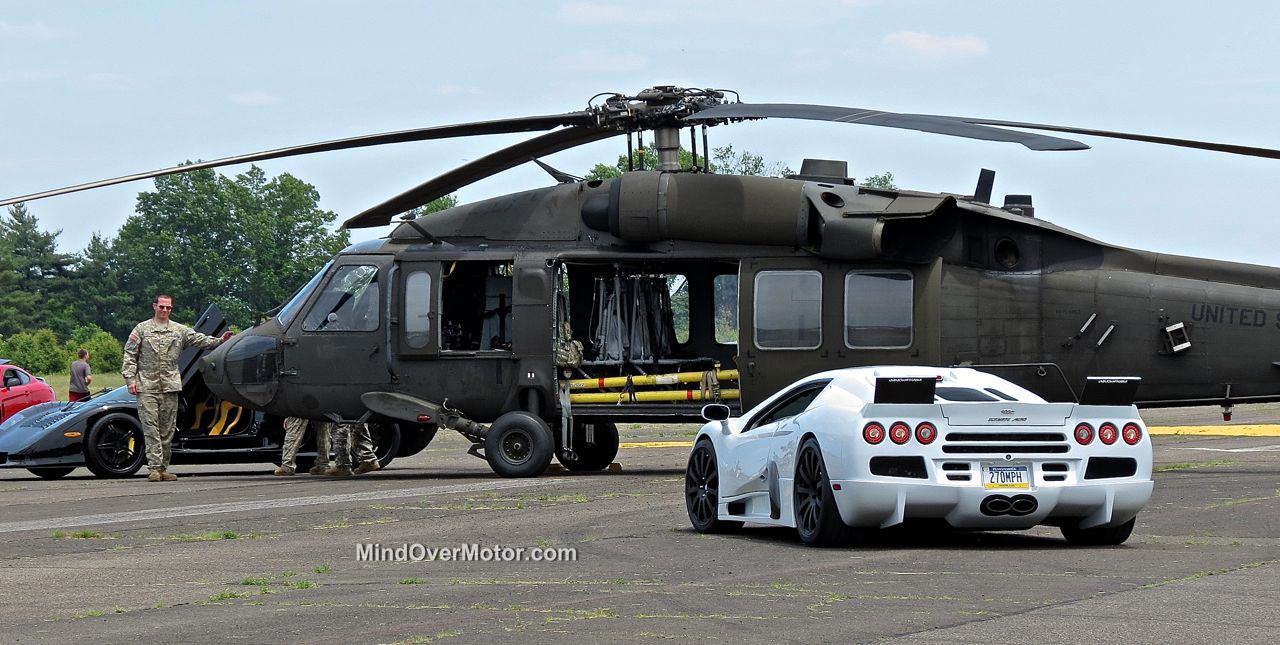 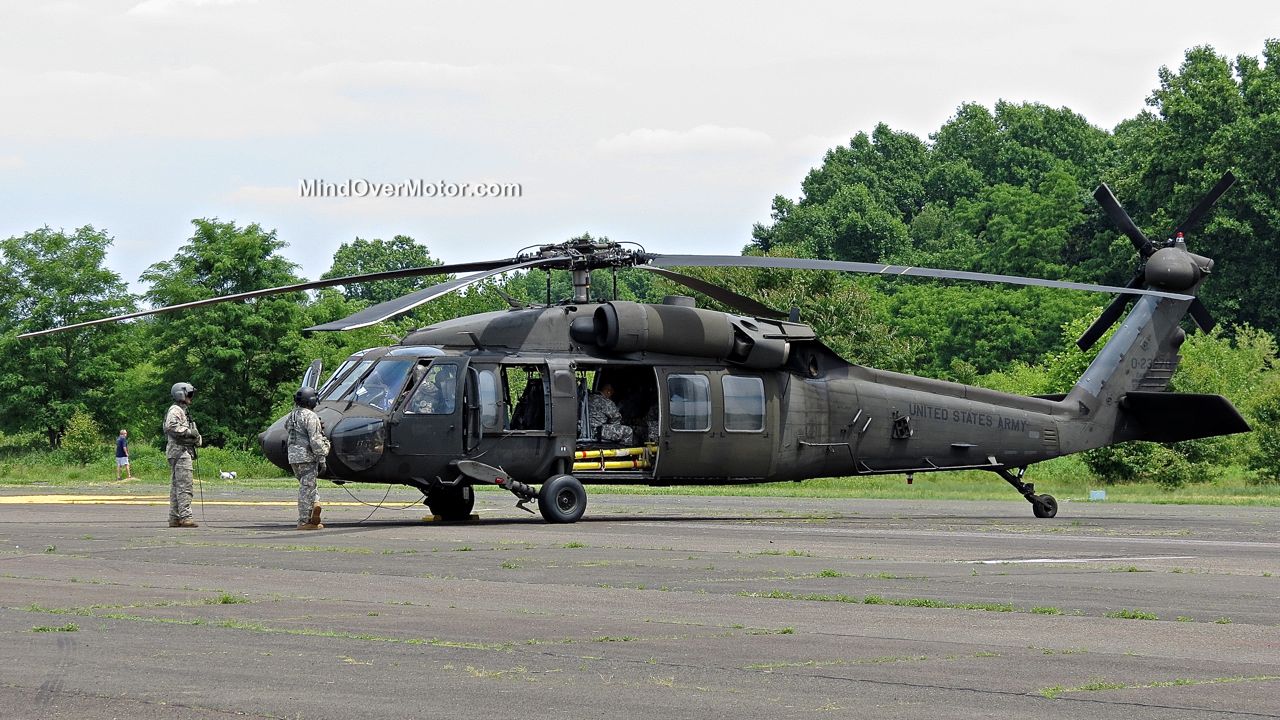 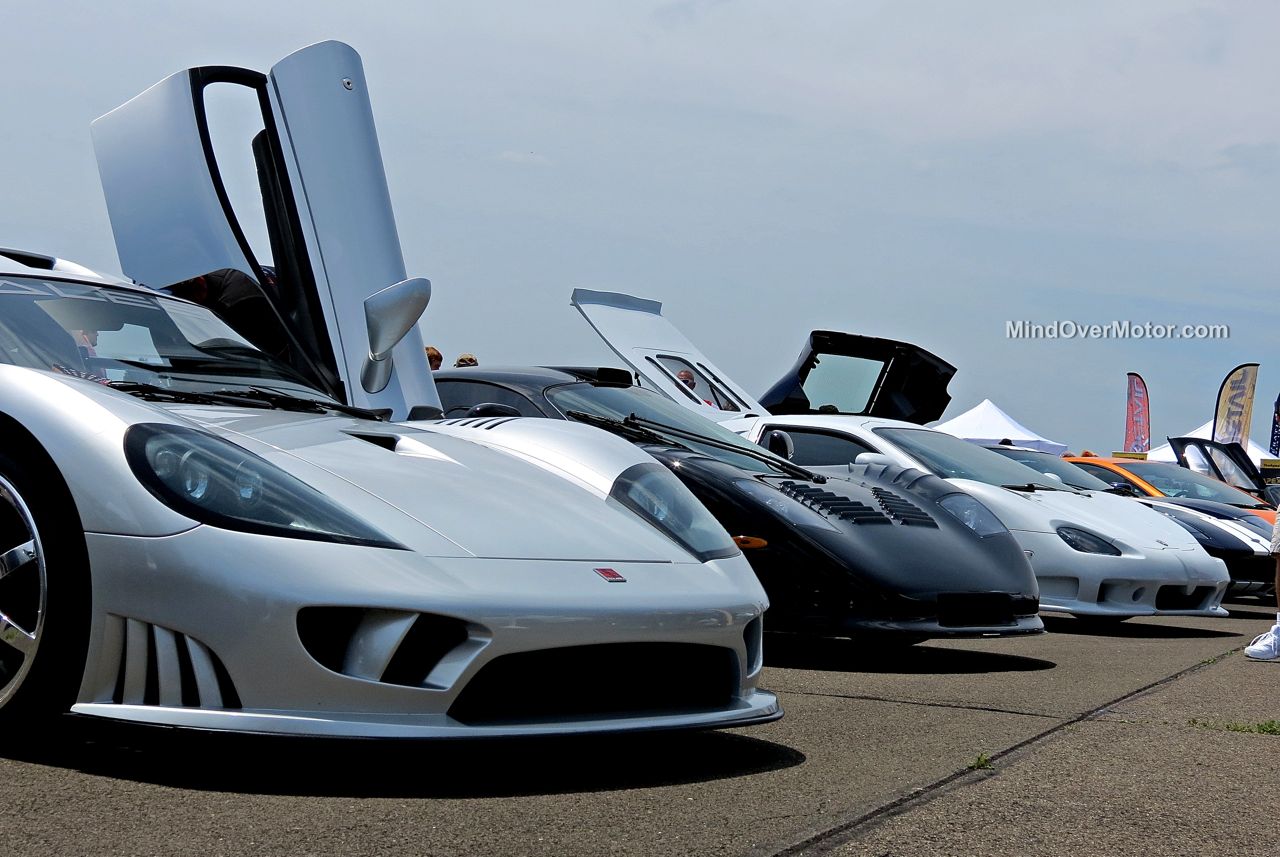