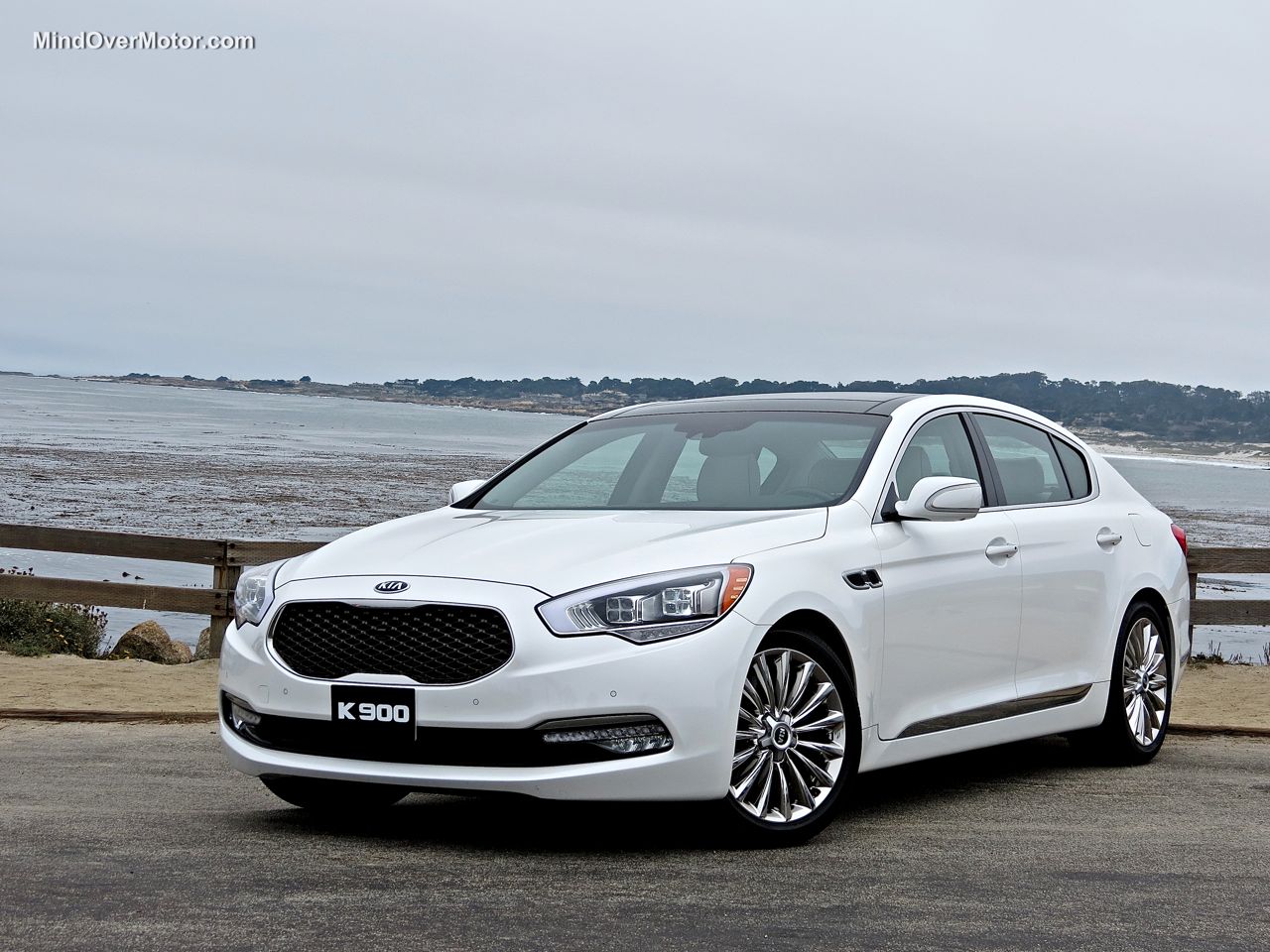 This is Kia’s new K900, and it costs $60,000… that’s right, $60,000… for a Kia. That sounds outrageous, I know, and it may even be enough to render any of the K900’s good attributes irrelevant. But I’ve always been a fan of giving the benefit of the doubt to anyone willing to try their best, so it was with that mindset that I took the wheel of this white Kia K900. 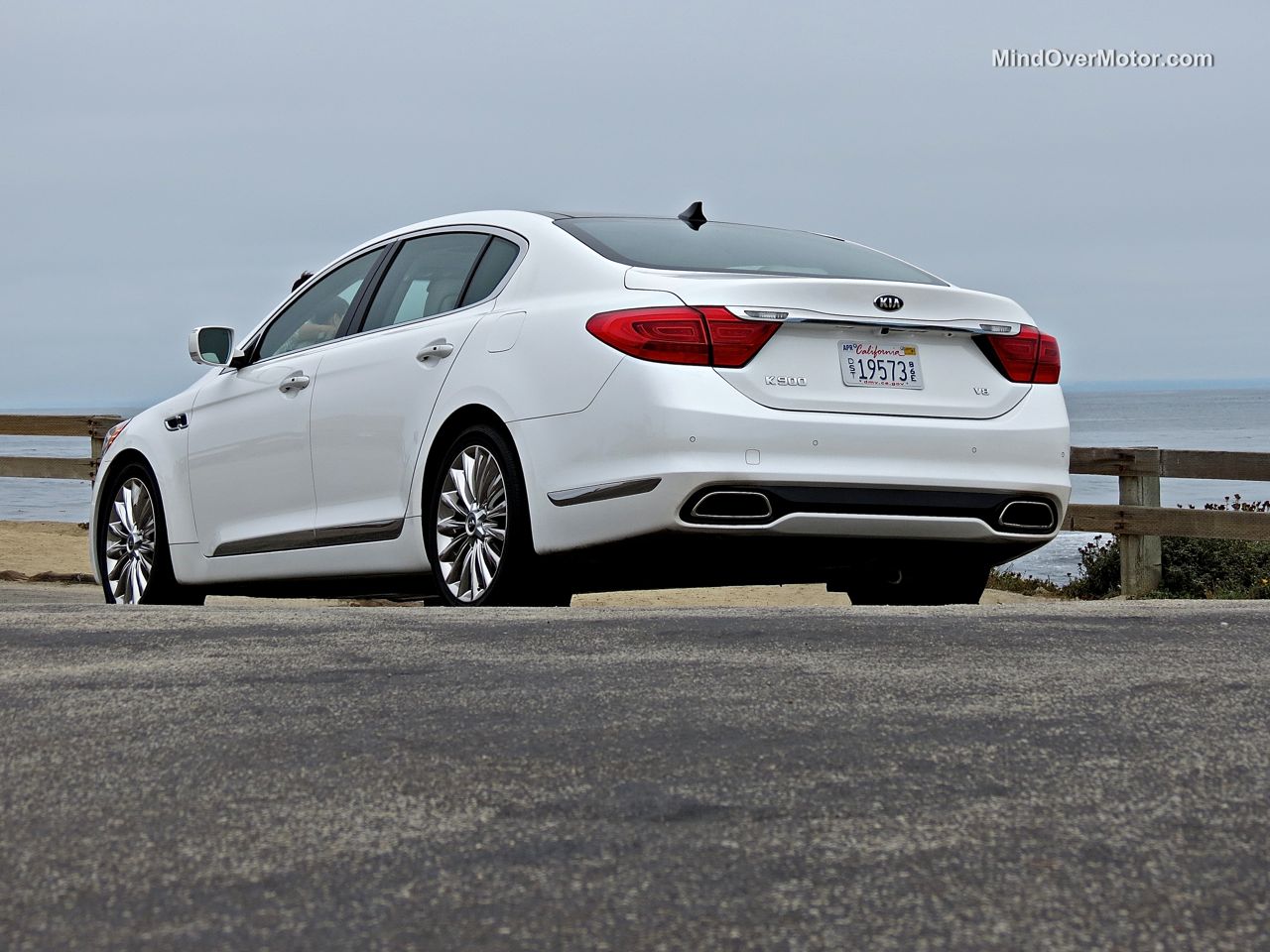 The K900 is essentially a Hyundai Equus underneath. It has the same 429hp 5.0L V8 engine under the hood, as well as the same large BMW 7 Series-esque proportions.

I’m going to say right up front that I actually liked the K900 better than I liked the Equus because it felt like many of the kinks had been ironed out. I thought the 8 speed automatic gearbox felt better matched to the engine because it didn’t seem to hunt for the right gear as much. I also thought the K900’s handling, while still floaty, was a bit more composed than that of the Equus when going through corners with any vigor.

From a subjective standpoint, I also like the way the K900 looks far better than the Equus, which is really just a Lexus LS knockoff, if we’re honest. The Kia is a bit sleeker and has a look that is much more its own rather than trying to be something else, and I like that. 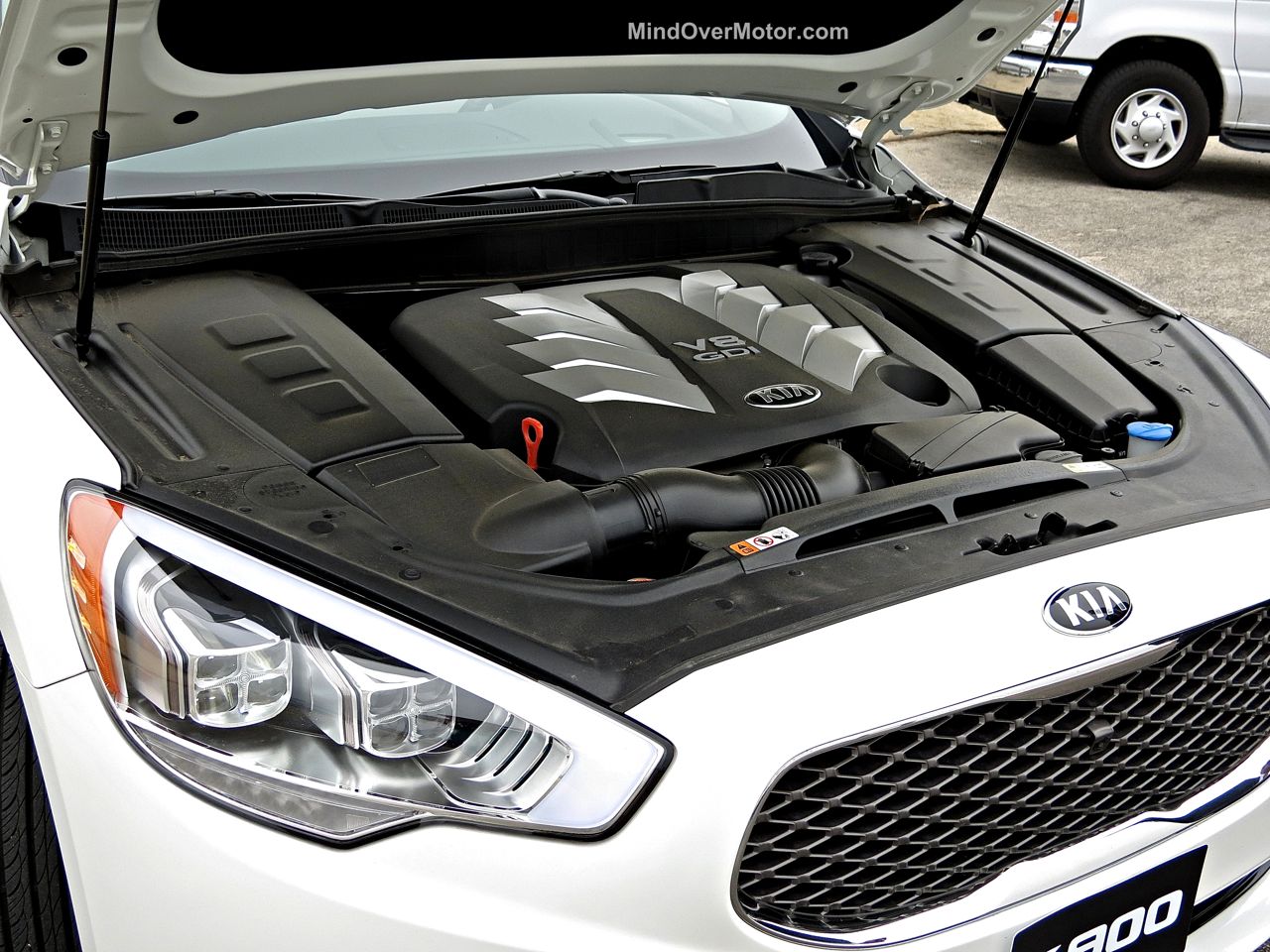 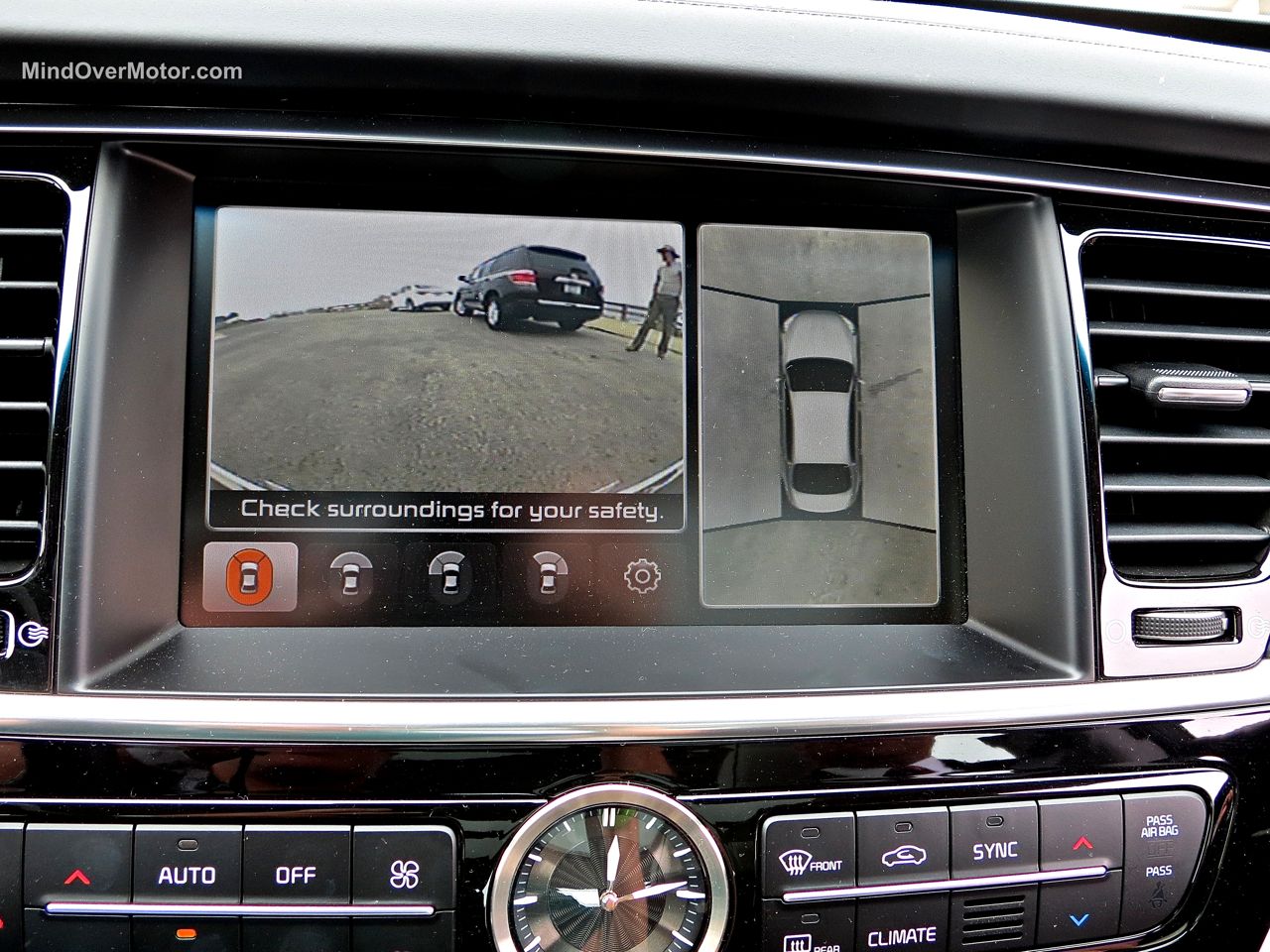 Objectively, there is nothing wrong with the Kia K900, it’s actually quite a good car, especially for the price. It behaves as a luxury car should on the road, with a nice smooth ride, and gratuitous performance when called upon. There is loads of space to stretch out, and tangible comfort is right up there with the Europeans. I would love to take a cross-USA road trip in a K900, no joke.

The K900 also has all of the features you’d expect in a luxury limousine, and while it obviously doesn’t have “the finest” materials, there isn’t much you can really point to that is missing. The K900 does what Hyundai and Kia have made their name doing, it matches everything, feature-for-feature, but forgos much of the excess polish. For many people, the polish is all superfluous anyway, and they are the ones that this car will appeal to.

The Fundamental Issue of Branding 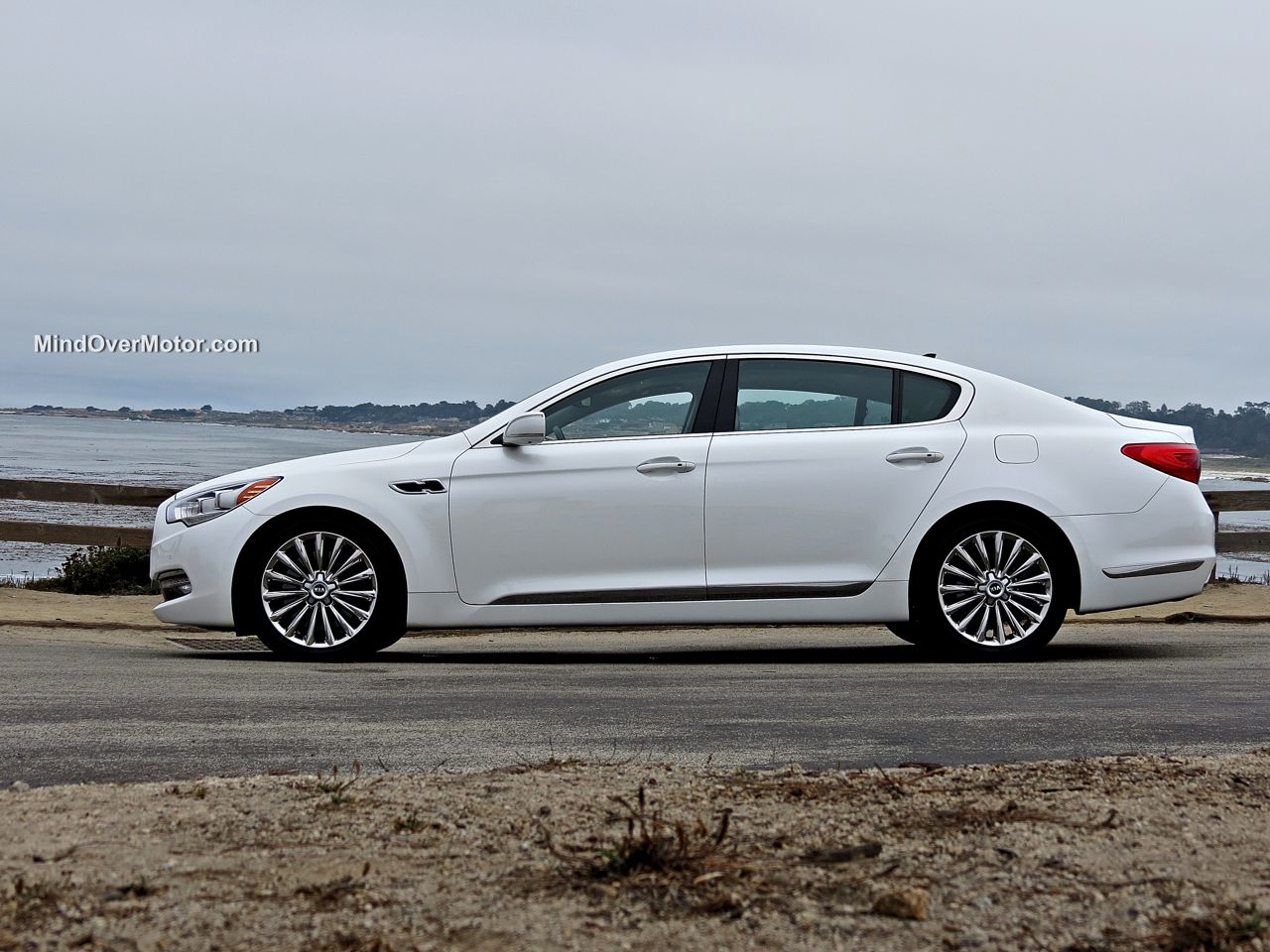 There are some places in our world where a car is judged entirely on what it is and does, and who cares what badge is on the front grill. America is not that place, though, not by a long shot. Most of our society entirely revolves around brand identity these days, which I’d say is probably a bad thing, but it’s still the way things work here.

You can buy any type of car you could ever want for under $40,000, supercars, luxury cars, sports cars, trucks, etc. Hell, I could argue that a brand new Honda Accord V6 is more car than anyone actually needs, and that only sells around $30,000 fully loaded. My point here is that when you spend over $40, $50, or $60 grand you are not just buying a mere mode of transportation, you are buying an object of desire that you want to say something about who you are to the world.

I’m not sure a Kia can do that. Just put yourself there for a minute: You walk into a Kia dealership with those racist little hamsters from the Soul commercial there to great you at the door. There are big signs hanging talking about “NO MONEY DOWN” and “0% FINANCING FOR 12 MONTHS!!!”, and those excessively-festive baloons just hanging everywhere they could be tied… to call it shamelessly tacky is an understatement. You mean to tell me that you are going to walk out of there feeling totally good about writing a check for over $60,000? 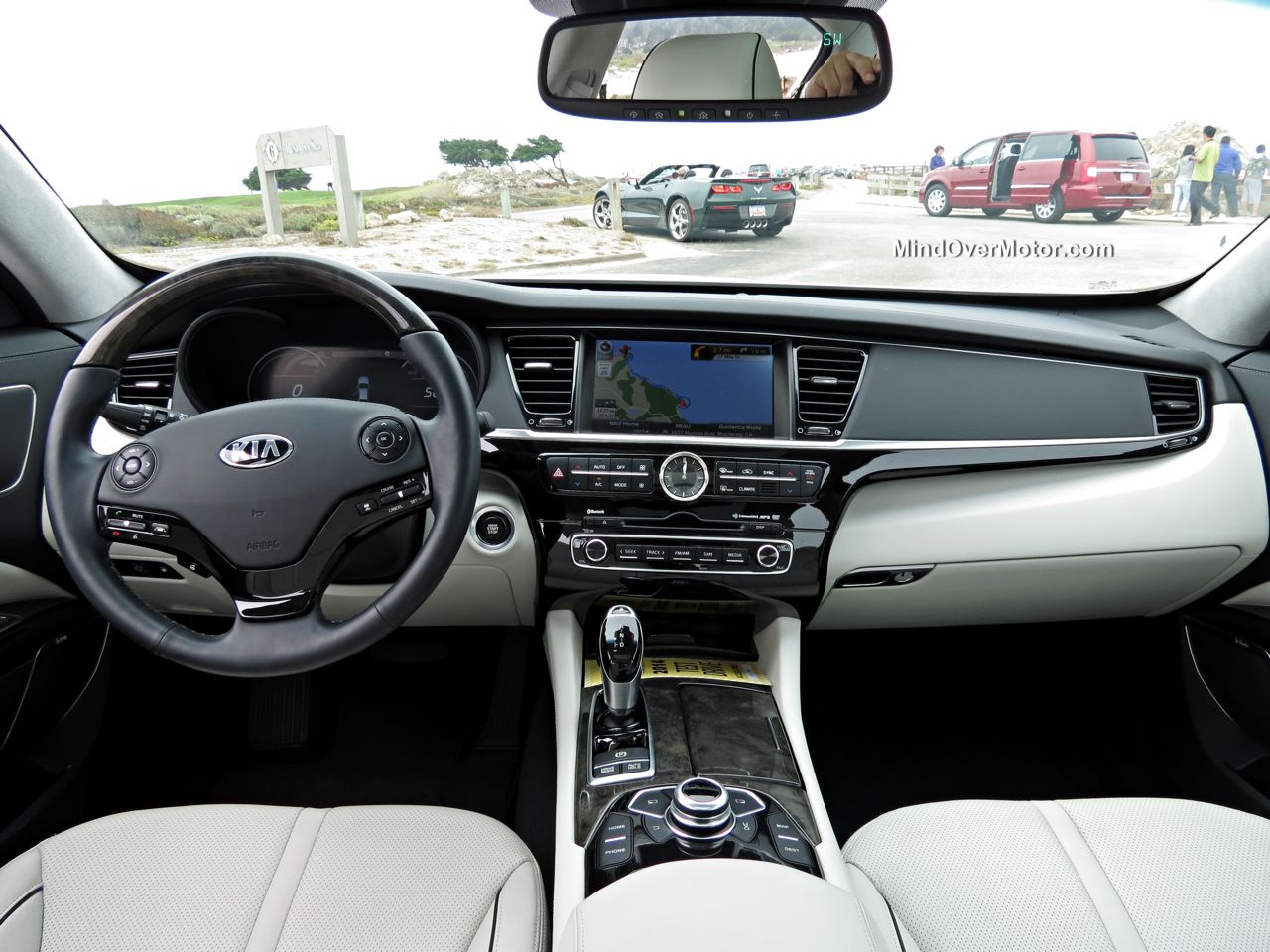 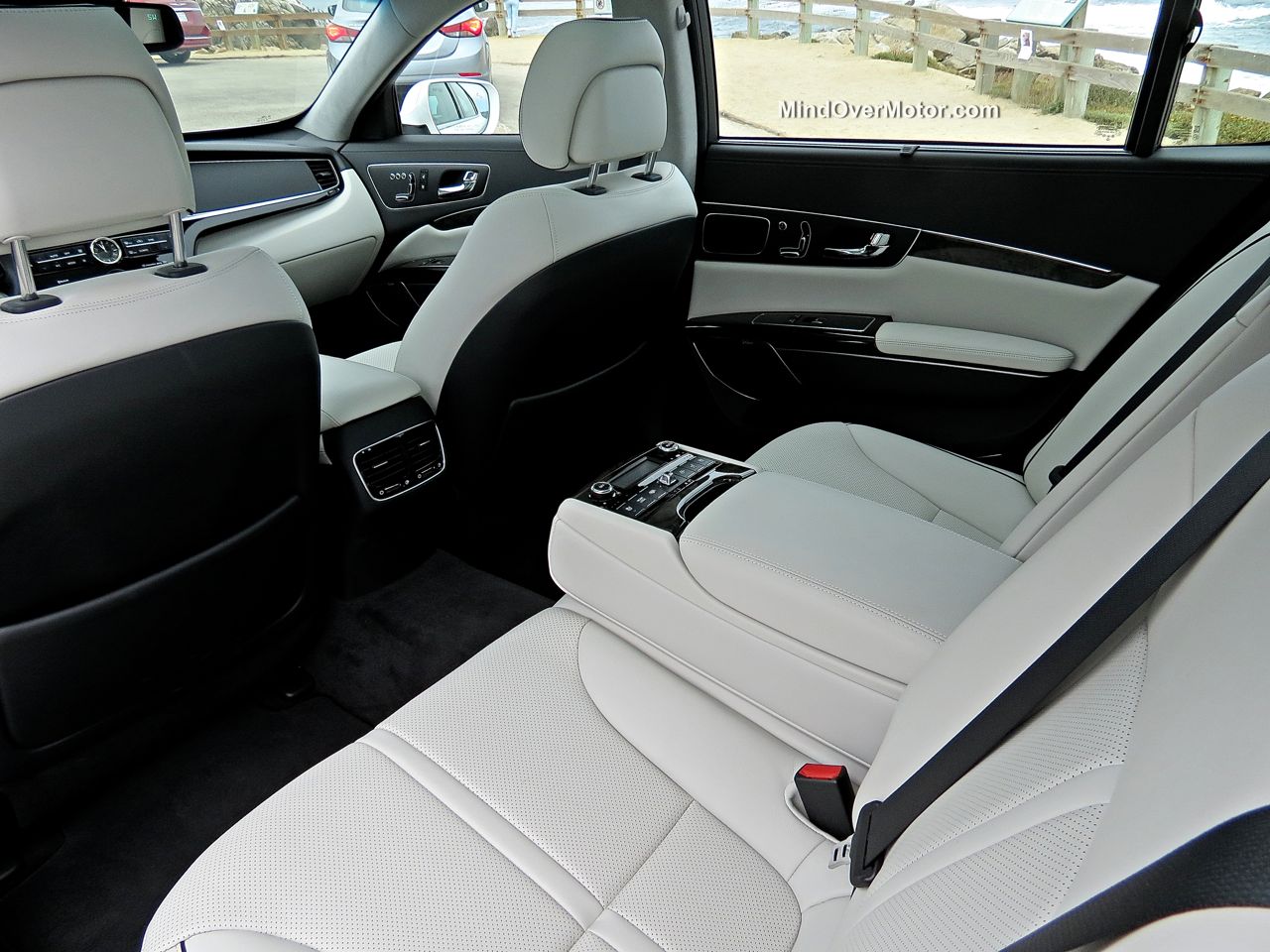 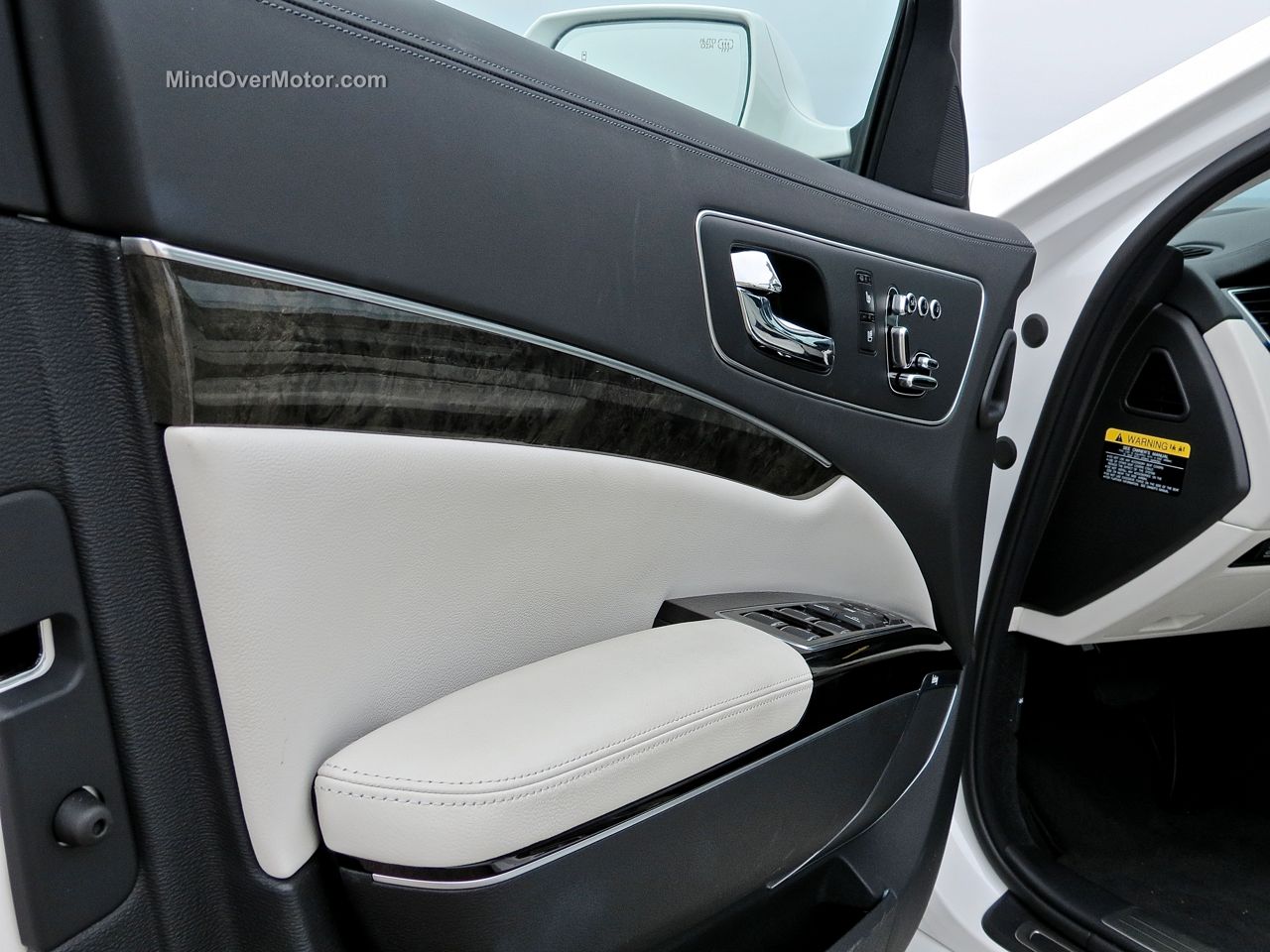 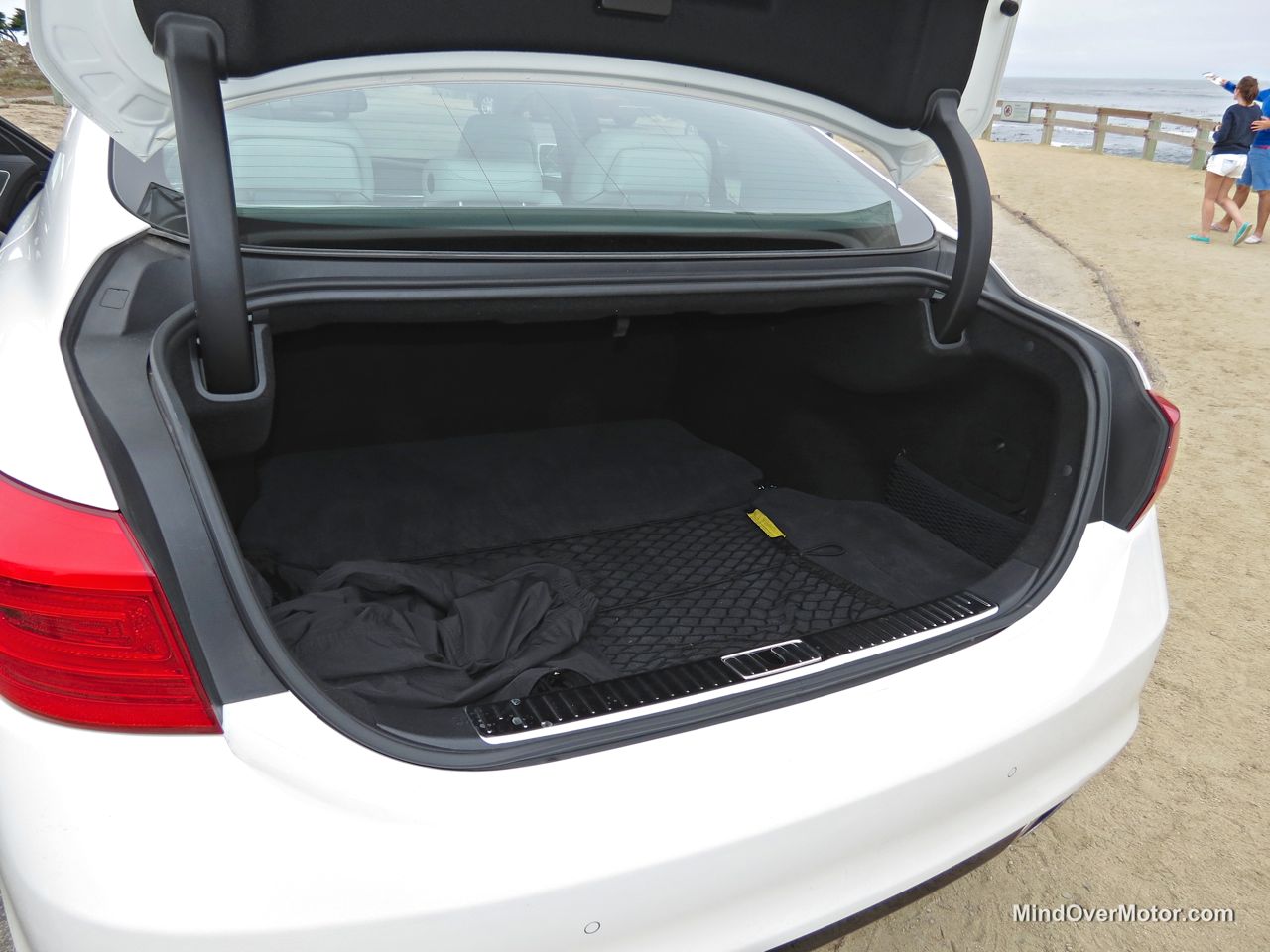 Go to a Lexus, Audi, or Mercedes dealer and you will see no such nonesense, and that’s because upscale car buyers don’t need to be convinced into to spending their money in the same way that normal car buyers do. Upscale customers have money to spare, so if they want a nicer car they will just go and buy one, simple as that. All of that added pressure is just a put-off for someone who can afford a car in the K900’s range.

I am of the firm mindset that Hyundai and Kia have been doing the wrong thing with their upscale cars. The cars themselves are actually just fine, but they needed to create a new upmarket brand to house them… Honda did it with Acura, Toyota did it with Lexus, Nissan did it with Infiniti, and they’ve all worked out splendidly. 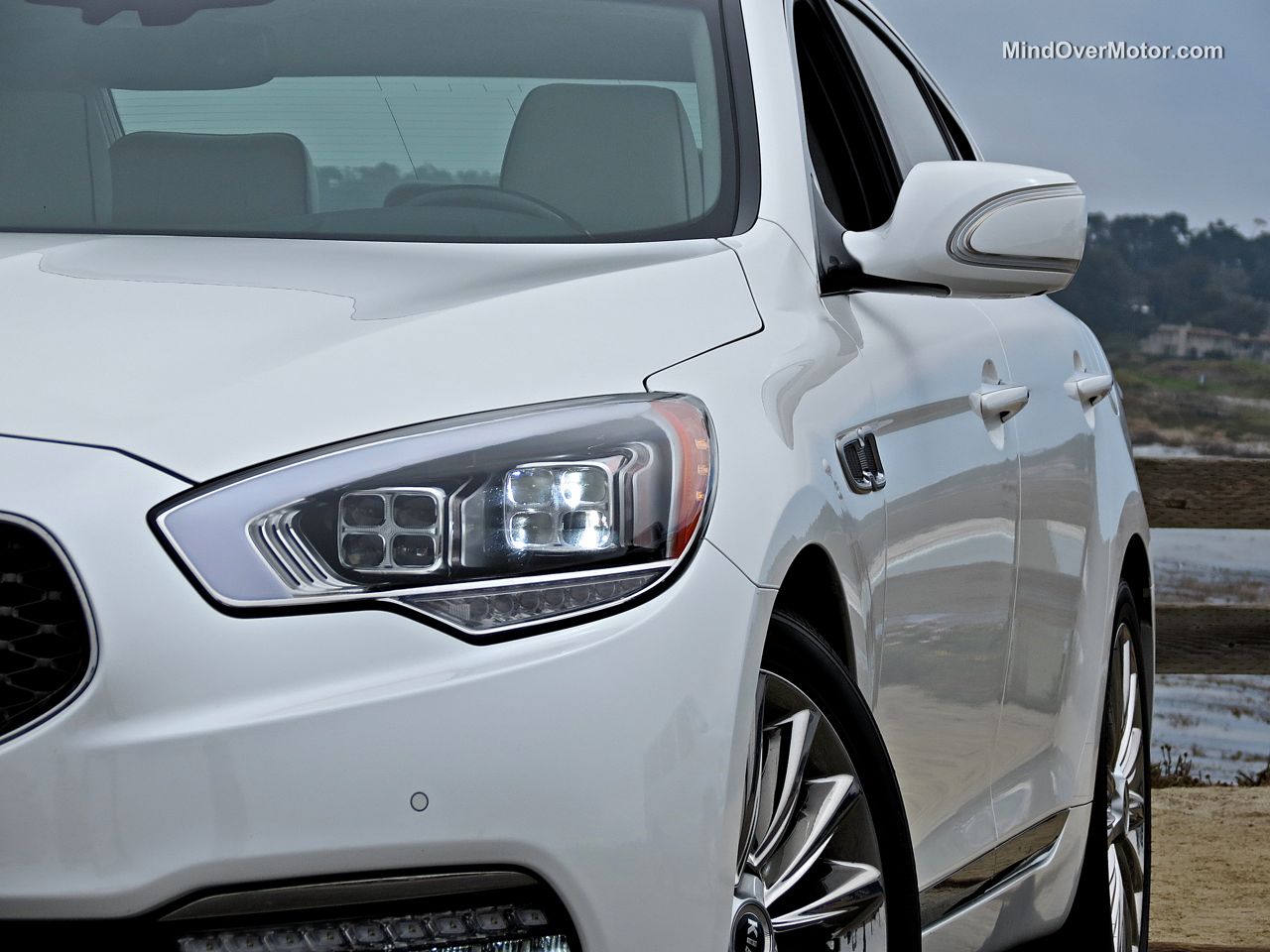 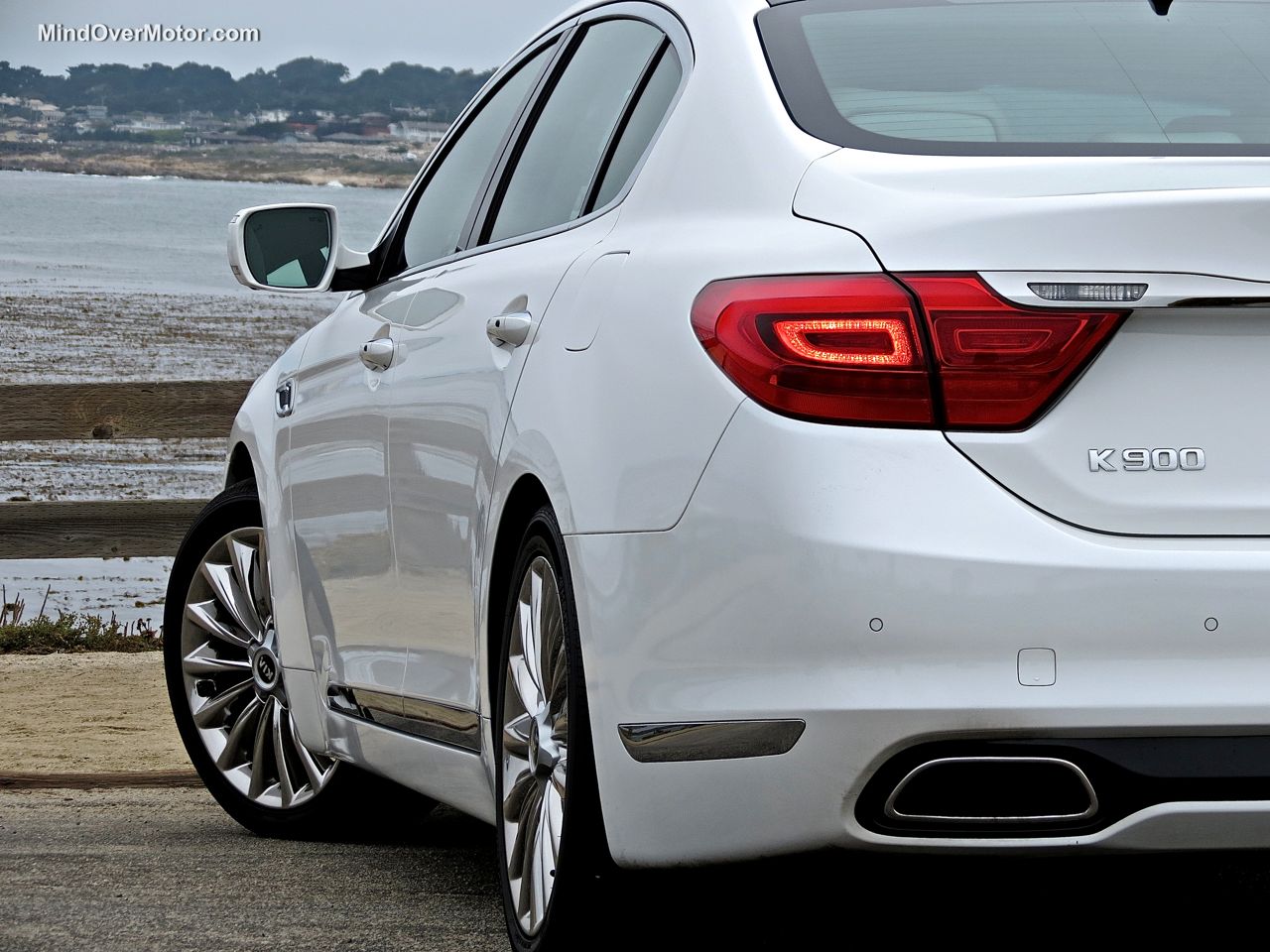 I firmly believe that price is the biggest factor in what cars compete against each other, rather than class-size and interior space. For the same $70,000 budget you can have a well-optioned Audi A6 3.0T, an Audi A7, a well-optioned Cadillac CTS Vsport, a Mercedes E550 4MATIC, or a BMW 550i… all cars that are technically “one size smaller” but are functionally the same as the K900, and they won’t leave you with any buyer’s remorse. 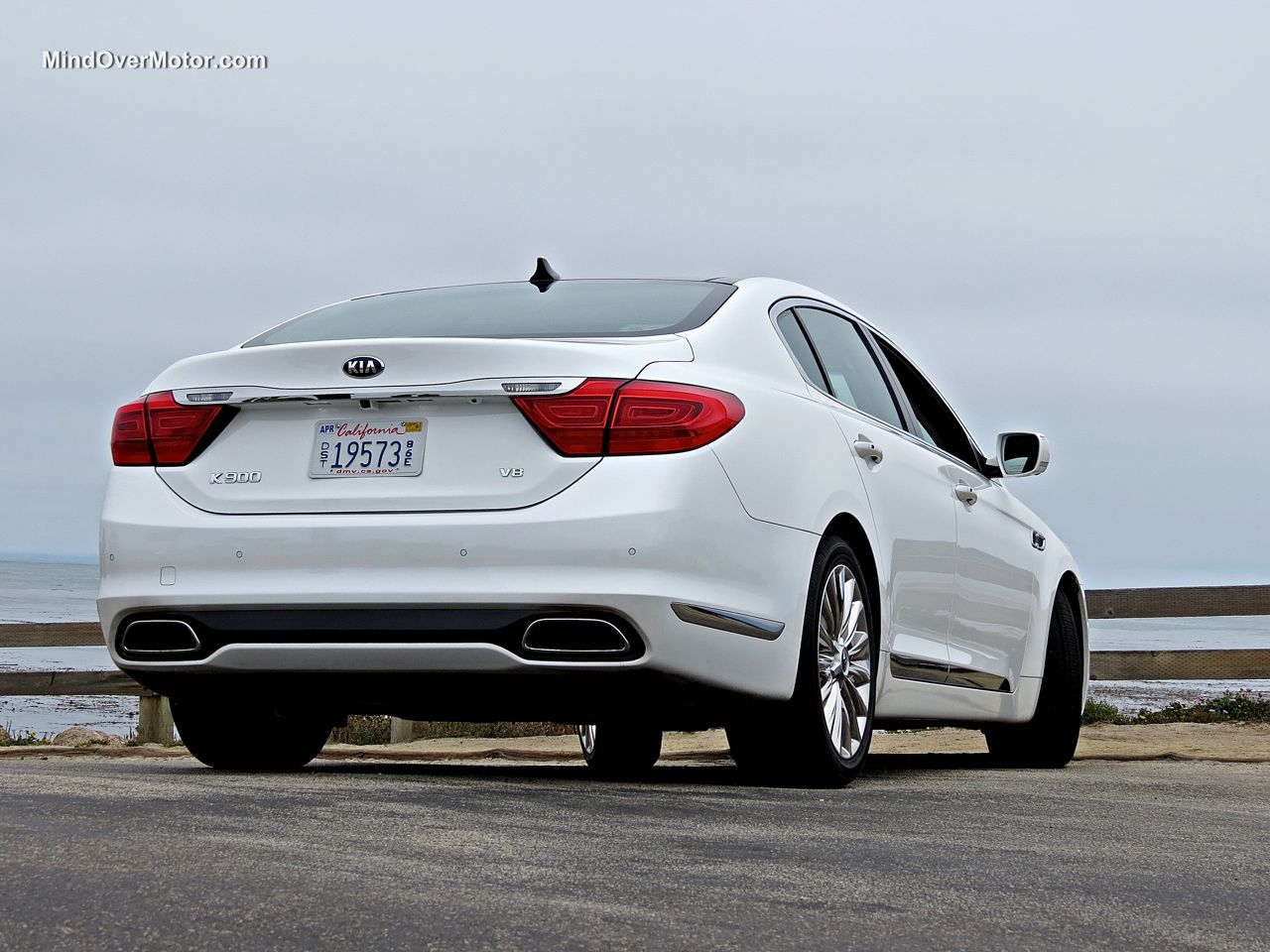 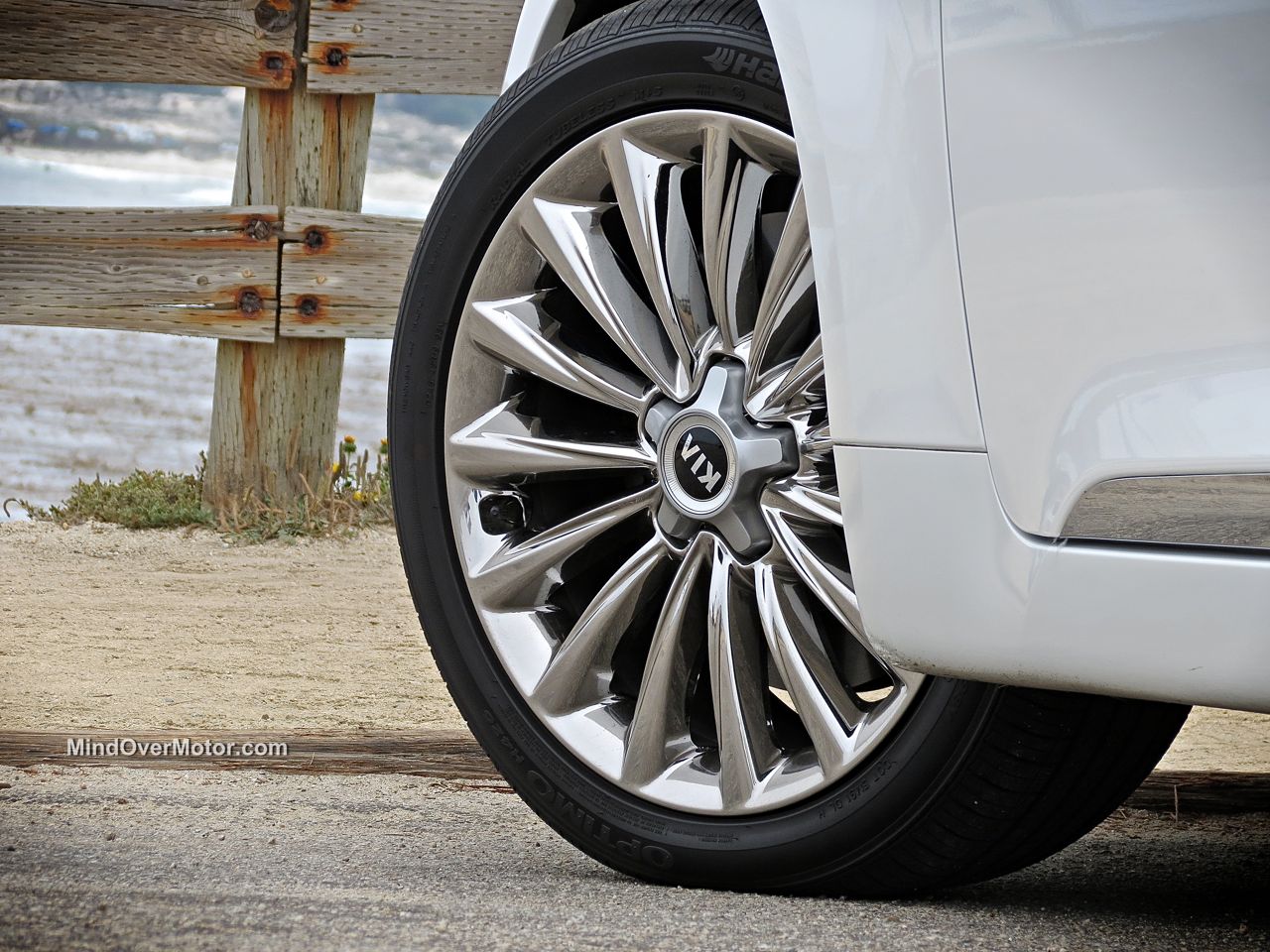 Yes, I realize that the K900 appears to be the value of the century when you compare it to the European limos, but it just doesn’t actually compete with them in real terms. Sure you could forgo a Mercedes S550 in favor of buying a Kia K900 and a new Ford Mustang GT, but most buyers looking for a luxury limousine want to spend good money for an immaculate product with a solid reputation, and Kia doesn’t offer that sort of reputation right now. 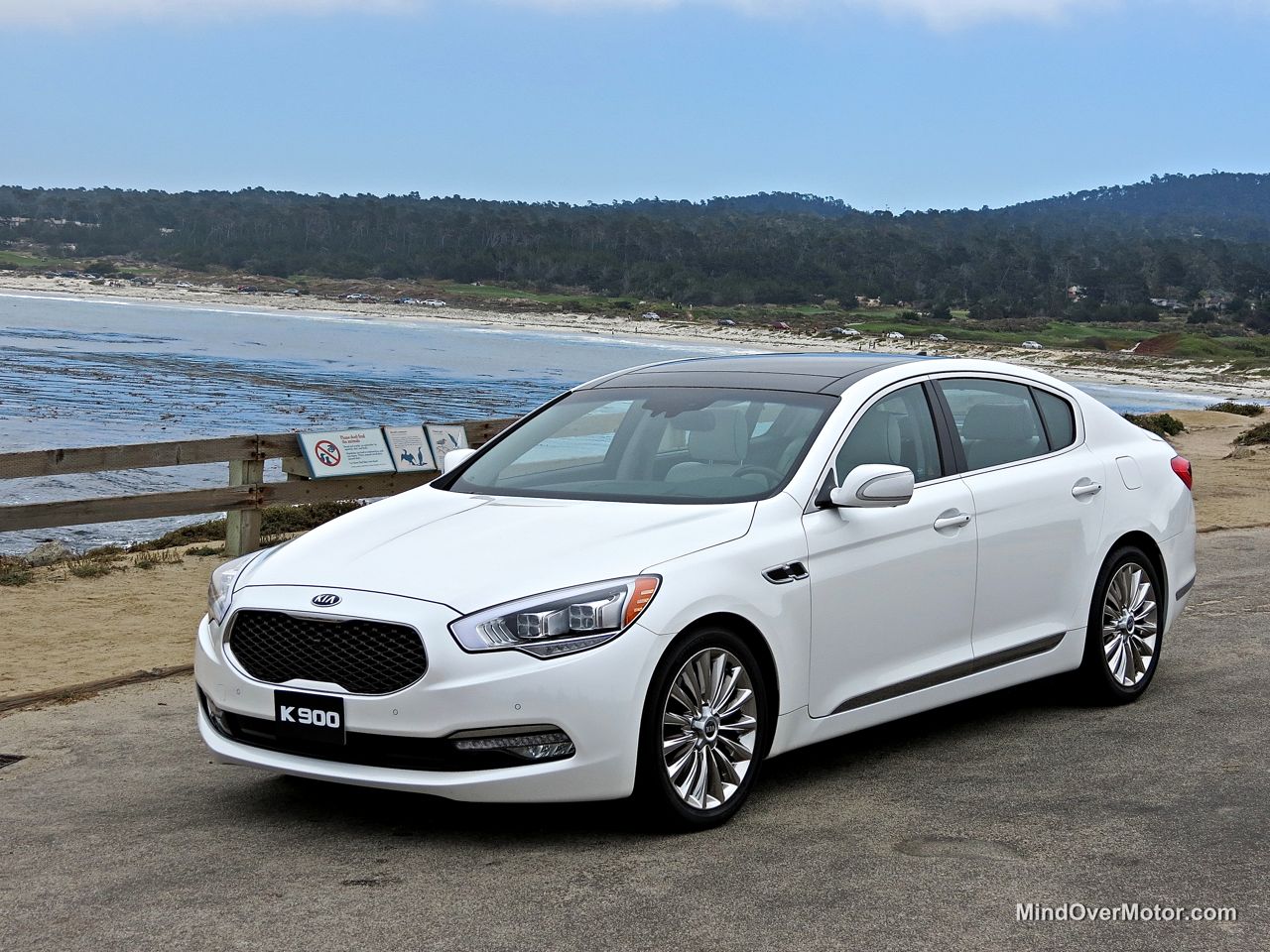 The Kia K900 is actually quite a solid car, and I really did enjoy my time driving it, but its branding problem is huge in the American market. Kia has always made decent cheap cars, that is what they are known for, and now they expect to just randomly throw a Mercedes S-Class competitor into the mix and succeed?

The K900 costs double what the next most expensive Kia model, the Cadenza, costs. People don’t think “luxury” when they hear the name Kia, and that’s because Kia has never been a luxury brand, they’ve been quite the opposite in fact.

I really don’t know what the branding people at Hyundai Motor Group (who owns Kia) are thinking, but they’re eventually going to need to wake up and form a proper luxury brand for all of these higher-end cars they’re making. The K900 is a fine automobile, but the Kia badge completely ruins it.

I’m sort of between a rock and a hard place here. Objectively, the Kia K900 is not a bad way to spend $60,000, but at the same time, I know I could never bring myself to spend that sort of money at a Kia dealership. You can blame branding, you can blame those damn hamsters, but the K900 just doesn’t work for me as it sits.