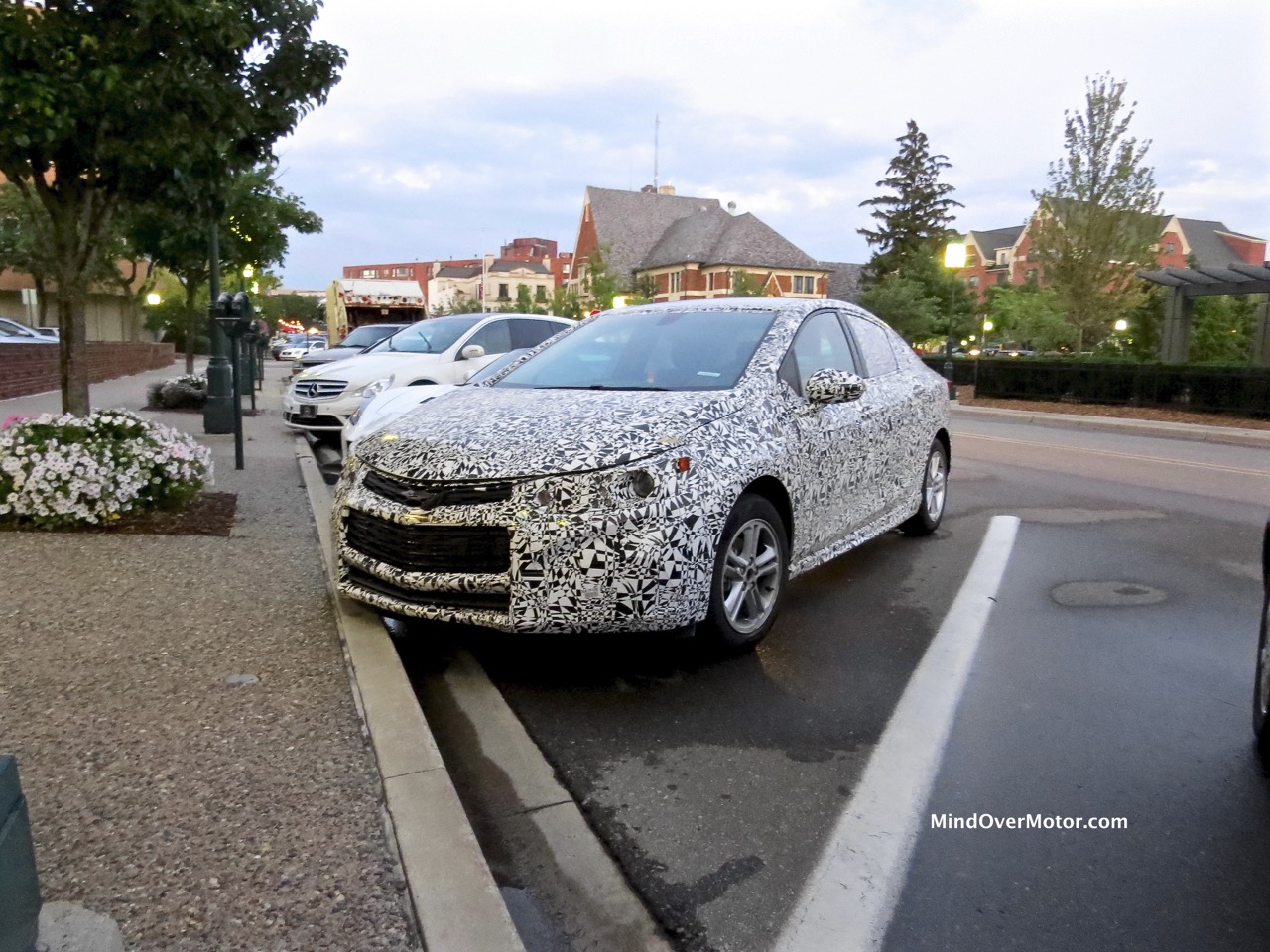 As all of you know, Nick, Shane, and I were all out having a road trip through Detroit, MI this past weekend for the Concours of America at St. John’s. Before we did that, though, Nick saw the Cadillac CT6 pre-production car drive past our dinner spot at Duggan’s on Woodward Avenue. After checking out the car scene on Woodward later that evening, we drove over to Birmingham and looked for something to do. As it turned out, there was a camouflaged Chevrolet sitting on Martin Avenue, by the park. After shooting it, I took some time to figure out what it might be, and based on the size and shape of the windows, and the grille inserts, I’m pretty sure that this is the new Cruze. Considering GM’s headquarters is just less than 20 miles from where we were, it’s a safe bet that this is probably the Cruze. 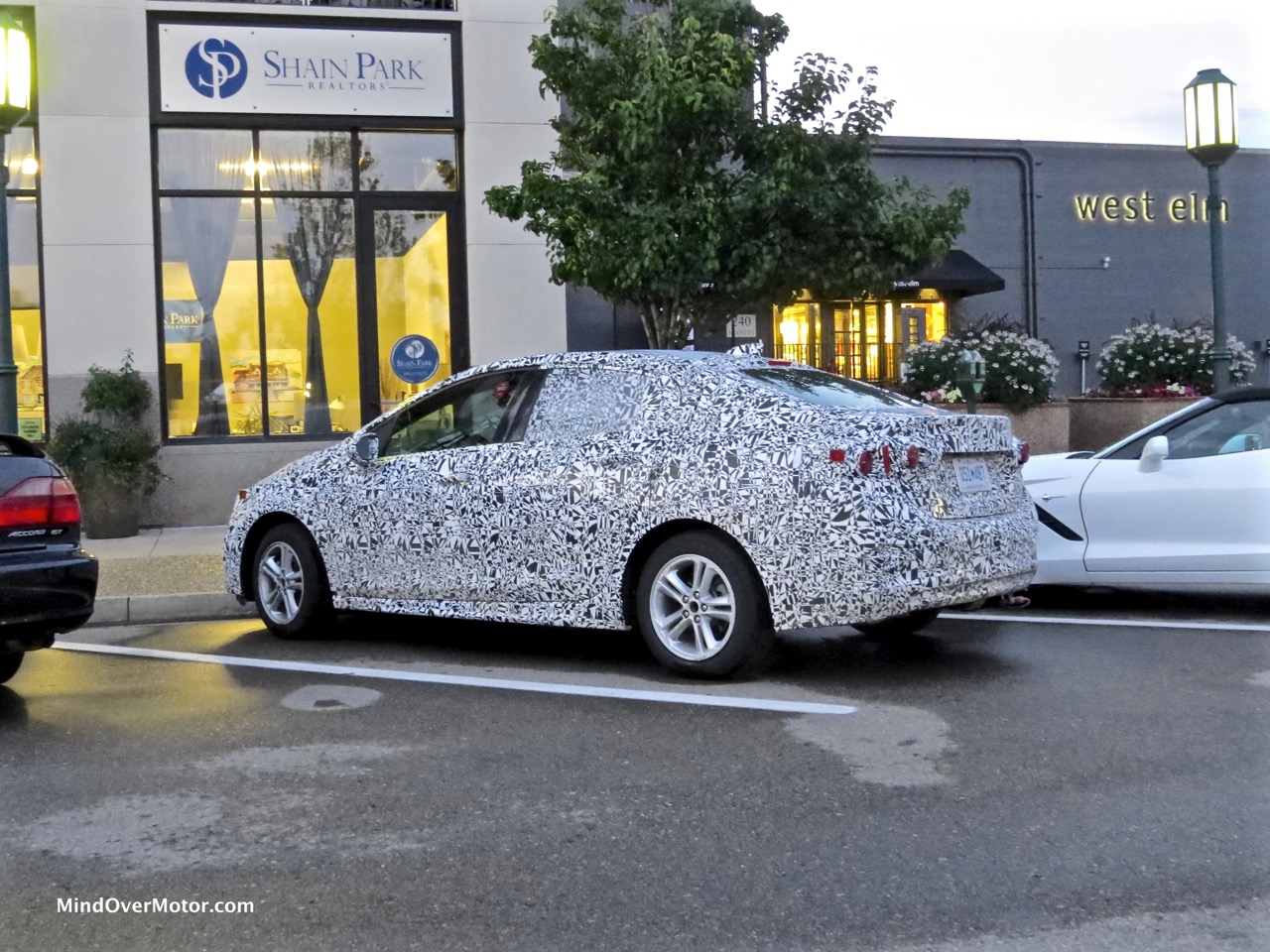 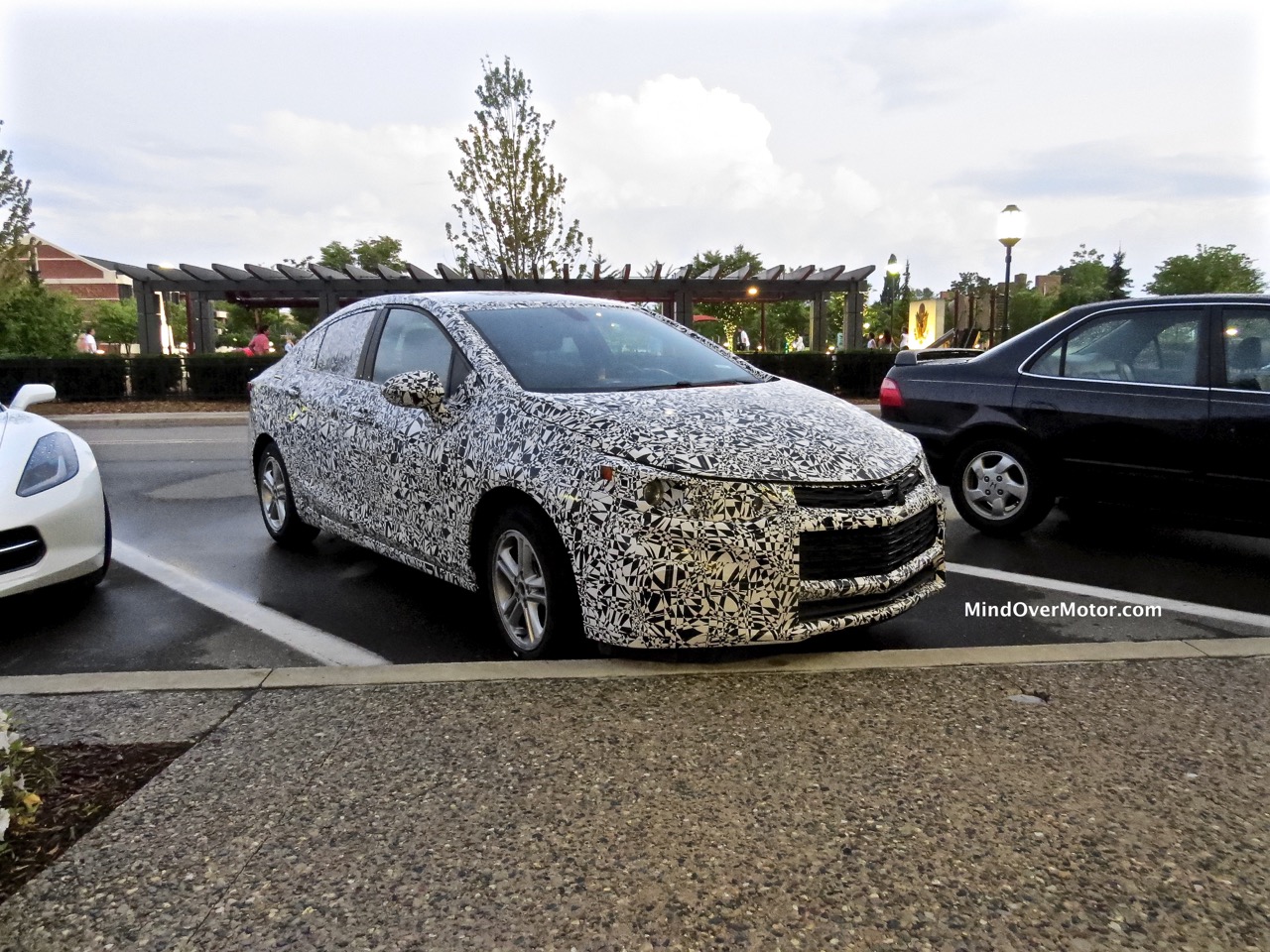