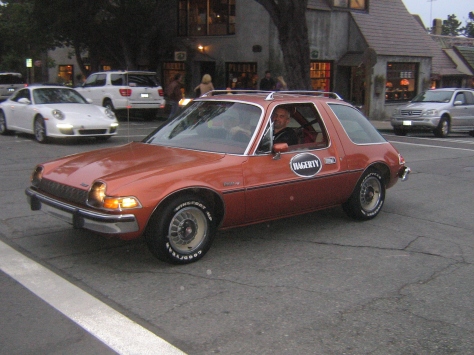 Nick and I spotted this oddball Seventies ride while walking around Carmel during Concours weekend.  The Pacer’s story is one of a car that was intended to be ahead of its time, but turned out to be a hodgepodge of components that made a poor whole (too much glass for the interior, one door longer than the other, ugly looks).  The Pacer has a following as an offbeat collector car, and seeing one on the street today is relatively uncommon.