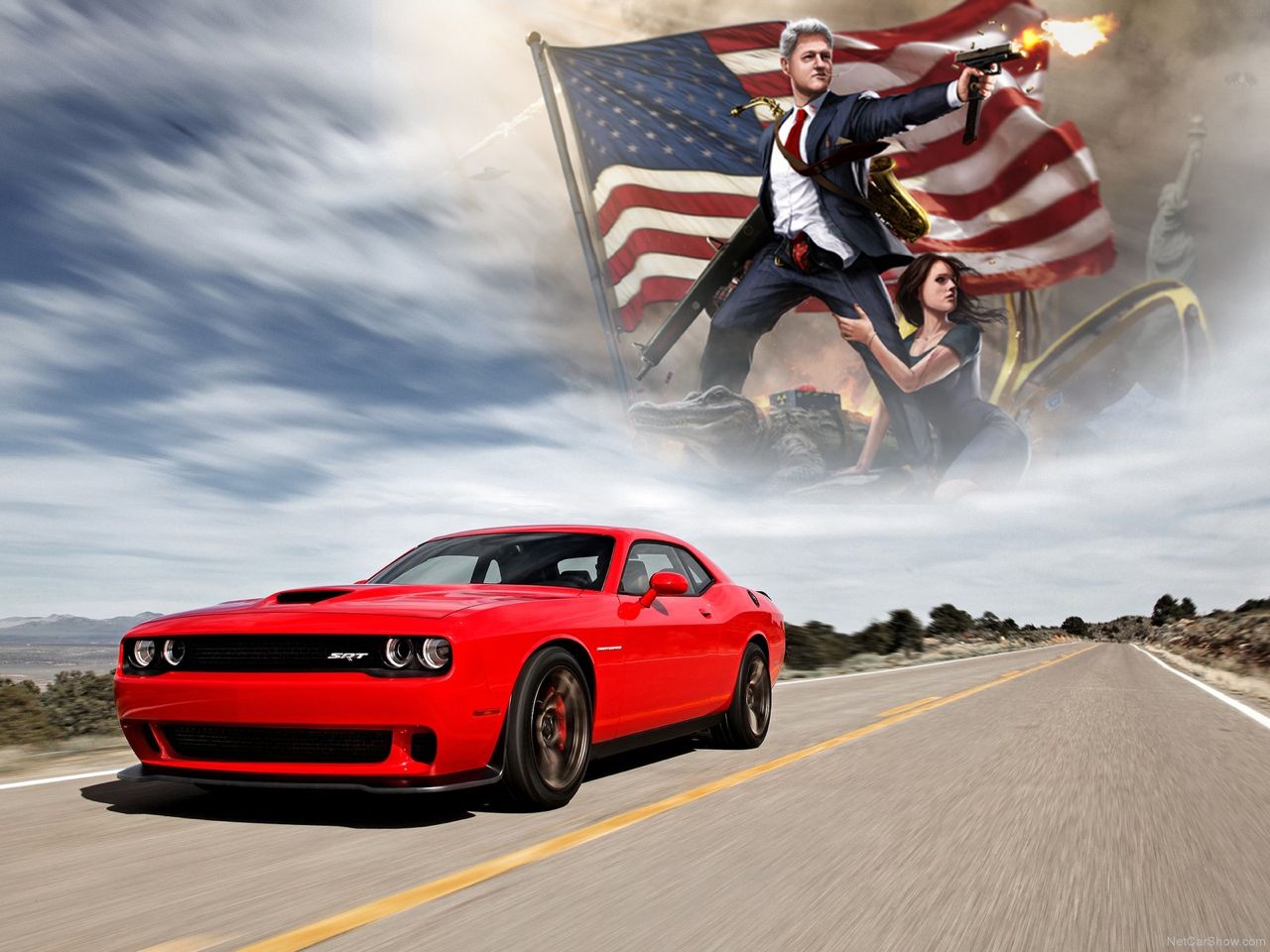 It’s America’s birthday this week, and to celebrate Chrysler has released the glorious details on their new 6.2L supercharged Hellcat V8 engine. Commies run for cover!

In a stroke of PR genius, their previous release had said that the new engine would produce “at least 600hp,” but when they announced the real number it was a massive 707hp! This comes as a massively pleasant surprise from Chrysler as their product line has been a bit lacking in recent years compared to rivals from Ford and GM. But just as we thought the horsepower wars might be tapering off for a while, as focus turns to lighter weight, Chrysler launches their long-awaited counter-offensive, and it’s about damn time! 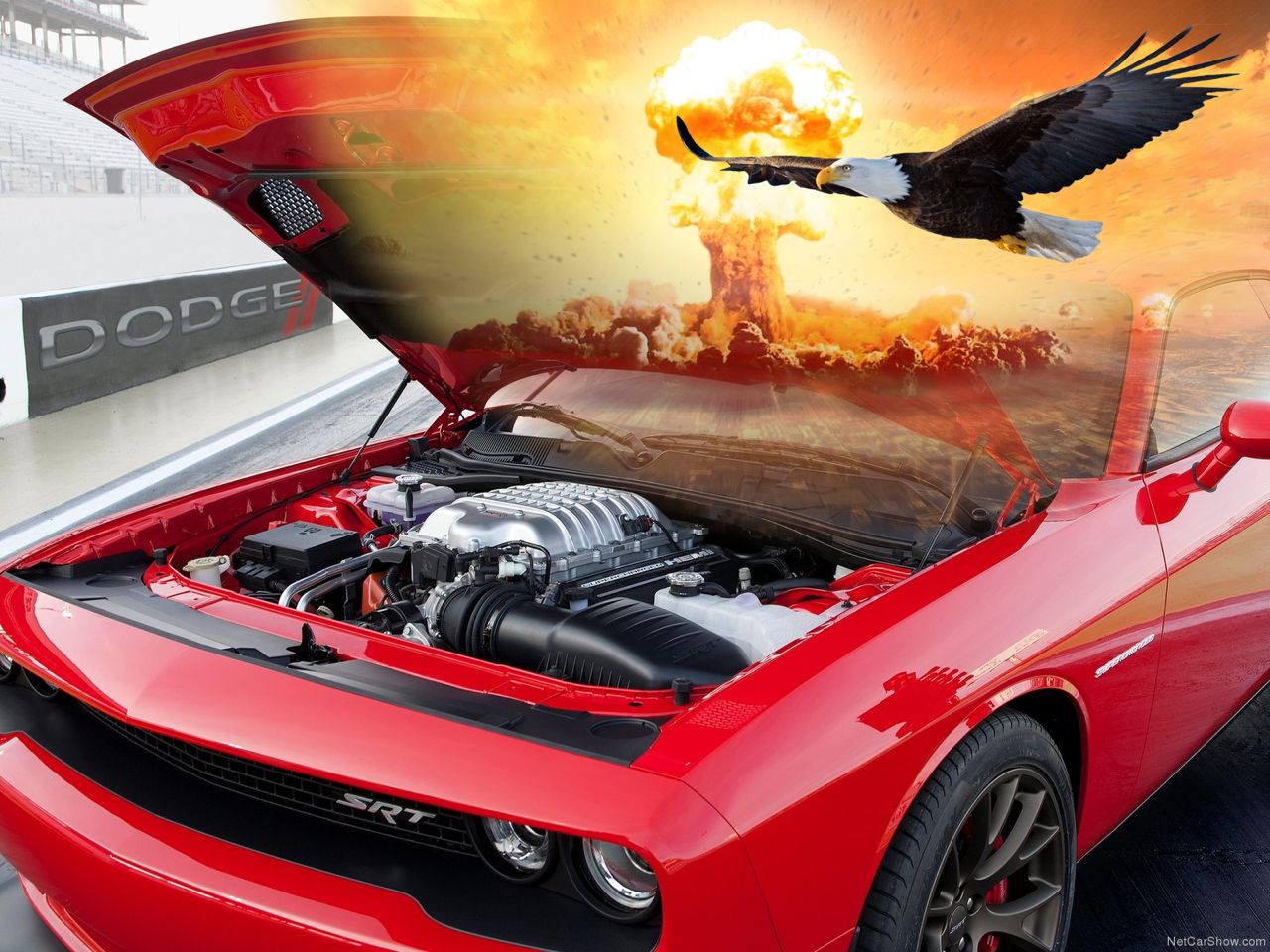 There was a lot of speculation around the output of the Hellcat. Many people thought Chrysler would stop just short of de-throning the SRT Viper, with its 640hp V10. But the fact that they went all-out and raised the bar to 700hp shows that maybe, just maybe, the old Chrysler is back in action after a long slump that, frankly, didn’t begin in 2008, but in 1973.

While the new-gen Challenger has always been a “cool” car, it hasn’t really been a performance champion. Even with the 392 V8 under the hood, it only had 470hp in a world where Ford and GM models were all well over 500hp. I didn’t care much for the Challenger SRT 392 when I drove it last year. Like most traditional muscle cars, it handled like crap, but it didn’t make up for it with straight line speed. 470hp is a lot of punch in many cars, but the Challenger weighs a massive 4300lbs, which drags its accelerative performance down to about the level of Nissan 370Z… it moves, but it’s nothing to write home about. In truth, the Challenger probably does need around 700hp to give you the sort of thrust you really want, so its great that Chrysler has finally decided to give it a generous bump. I’ve always thought the Challenger was the best looking of the retro-modern muscle cars, and now it will finally have the go-go juice to match.

I’m secretly hoping that SRT has improved the suspension of the Challenger Hellcat so that it can at least be somewhat competent in corners, like the Camaro and Mustang are. I won’t hold my breath, though, because the Challenger has shown to be a muscle car in the most traditional sense. So horsepower is everything, and any handling improvement will be just an added bonus. 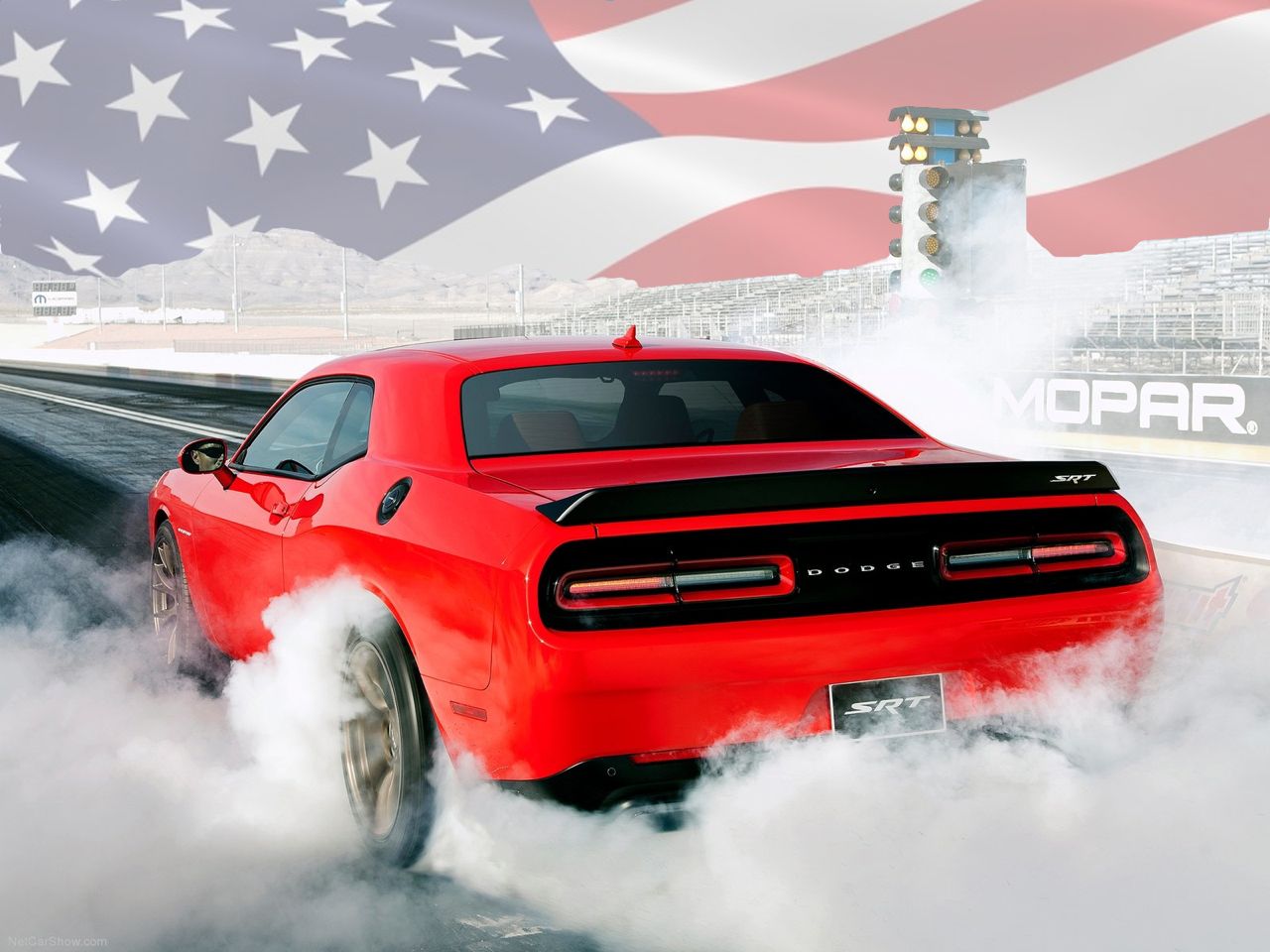 On this July 4th week of 2014, the new Hellcat Challenger is something that all American gearheads should be proud of. It’s the sort of thing that our forefathers fought for when they created a legal system that required due process and proof of guilt… only after being caught, of course. Such a system allows for excessive things like 700hp road cars to exist, and it is up to the driver to use either it responsibly, or to avoid getting caught by the law. The muscle car was born from this outlaw mystique, and it is clearly still alive and well. Chrysler has just fired major artillery shot here, one that will certainly provoke a response from Ford and GM. 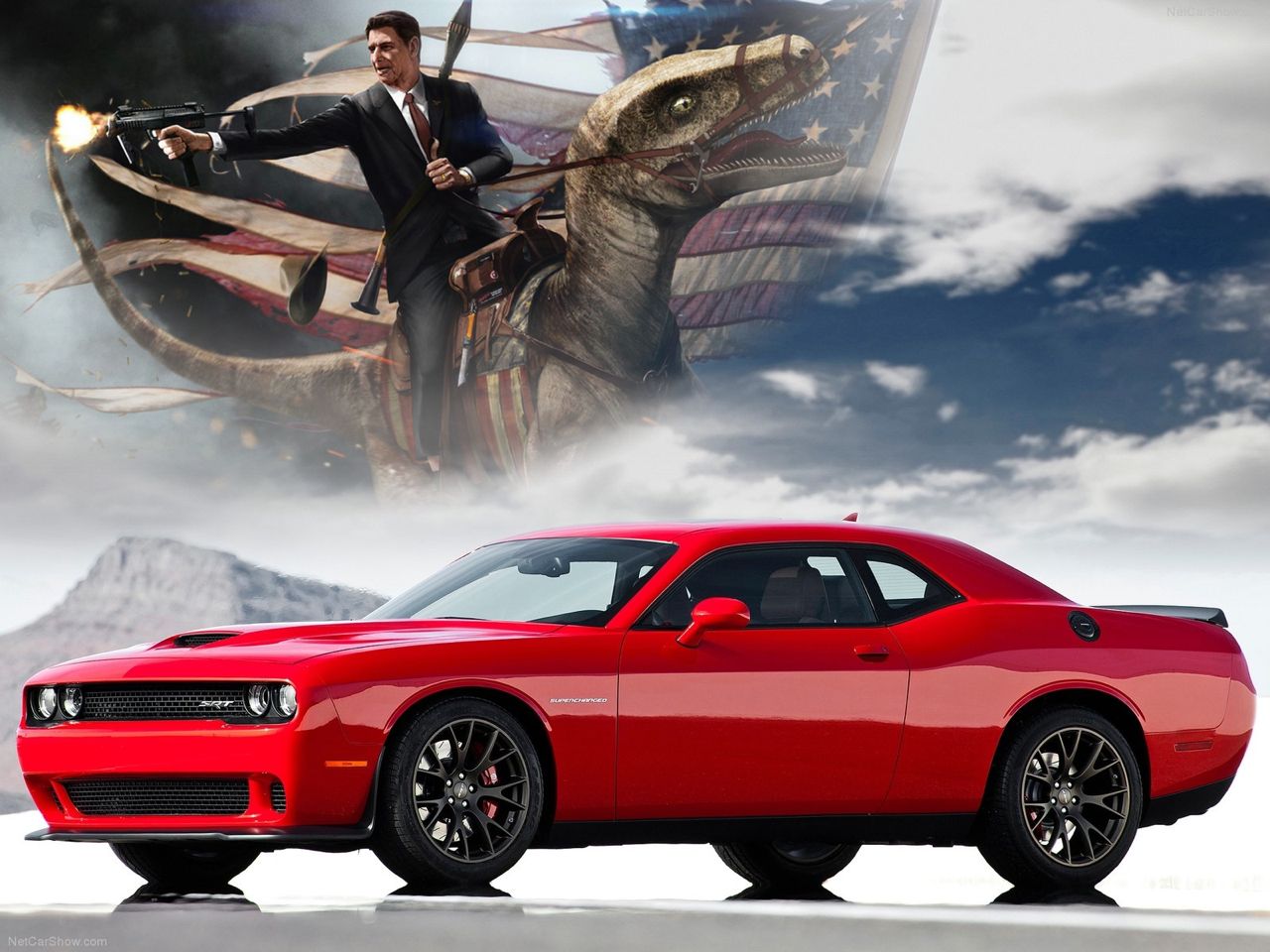 There’s no word on price yet, but the Hellcat Challenger will surely be the most affordable 700hp car ever sold. There aren’t that many truly American-style cars left on sale, but this could be one for the ages.

To all the folks at SRT, General Washington is pleased…

3 thoughts on “The Hellcat Challenger is here! Fathers, hide your daughters.”