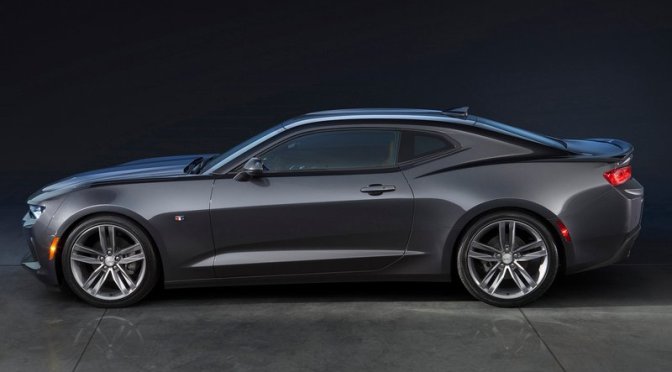 Chevy just released the new Camaro hot on the heels of the new Ford Mustang, and it’s fixin’ to whoop it up somethin’ fierce!

I like to think of the modern muscle car as a sort of “blue-collar grand tourer”, and the current/previous Camaro was a great example of what such a modern muscle car should be like. That is to say it has to have speed, style, and comfort, and while it may be a heavy car, it should handle it’s weight well in corners. The Camaro already did all of that splendidly, so GM really just needed to build upon an already good car.

Looking at the new 2016 Chevrolet Camaro and its finer details, it definitely seems like GM has taken the route of improving on a good thing rather than reinventing the wheel.

I like the styling of the new Camaro a lot. I remember getting many a thumbs up when I had a bright yellow Camaro SS for a weekend a few years back, people loved its style. I’m really glad Chevy basically just took the existing design and made it a bit leaner, especially in the rear.

The interior is also supposed to be miles improved from the old Camaro, which had far too much cheap plastic (as in the entire inside of the door).

335hp ain’t bad at all, especially witht he new Camaro being 200lbs lighter, but I still don’t like it as a mid-range option. You see, the turbo four will get better MPG when you’re cruising, and has much greater tuning potential. GM’s 2.0L has proven very tunable, with more than the V6’s 335hp easily attainable with just basic tuning and modifications. I’d much rather have a lighter ~360hp four cylinder Camaro that can top 30 MPG while cruising than any V6 Camaro.

So for me, like the Mustang, it’s a choice of four or eight cylinders in the Camaro. The V6 is a better option here than in the Ford, but it’s still stuck in the land of mediocrity.

Consider the weight savings I mentioned. GM’s engineers took 200lbs out of the structure of the new Camaro, which is now based on the same platform as the superb-driving Cadillac ATS. That means the weight for the Camaro range should be 3,400lbs-3700lbs, and that’s a nice improvement.

Just think, the old Camaro Z28 could beat a Nissan GTR on the race track, and it weighed nearly 3,900lbs! With the new Camaro, I think it’s possible that the next track-focused Camaro Z28 could get down near 3,500lbs, and that would be incredible! Loosing weight makes every aspect of performance better, so let’s not underplay what GM’s engineers have accomplished here.

I am thoroughly excited to drive the new Camaro when it comes out. I really liked the previous-gen car, so if they’ve made it dynamically more like the Cadillac ATS, then I’m quite sure I will love it.

You never know, if it’s really THAT good, I might even consider writing a check.