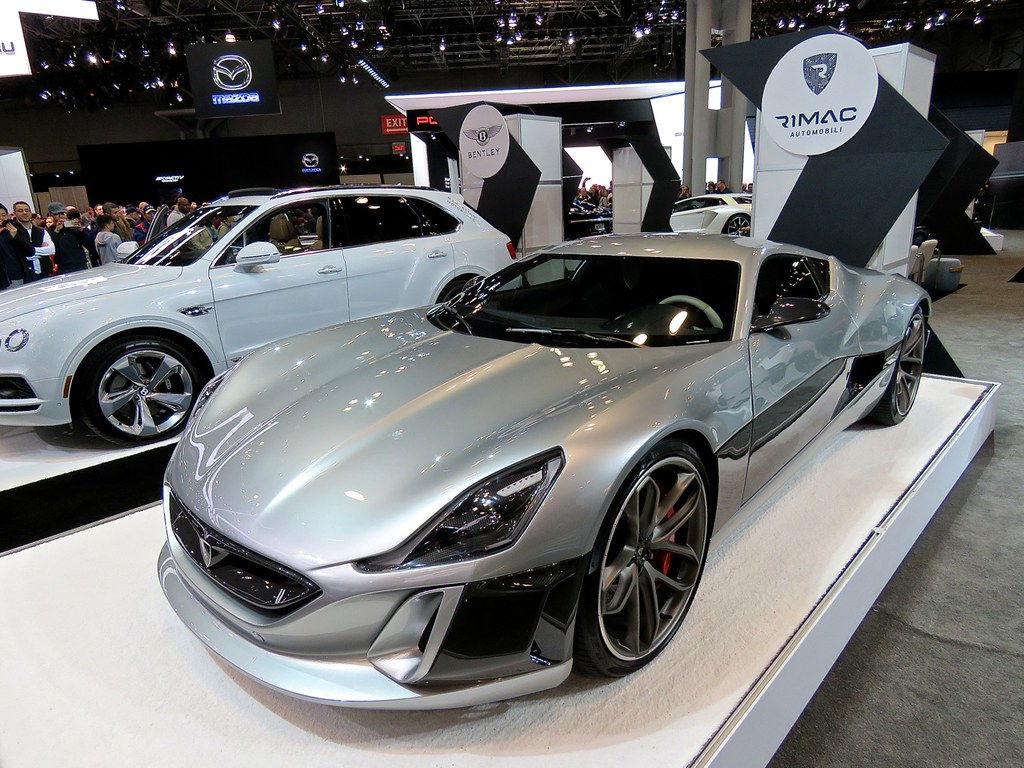 The Rimac is the first electric hypercar. It’s proven to be a little quicker than a Porsche 918 in the 1/4 mile, and it has a good amount of hype surrounding it at this point.

This was the first Rimac I’ve seen in person, and it’s cool, but it doesn’t have the same sort of breathtaking detail as the new Bugatti Chiron or the Koenigsegg Agera.

I respect Rimac for what they’re doing. Electric supercars definitely need to carve out their place in the world, and the Concept One is leading the charge. That said, a supercar without an engine and gearshift is missing 90% of the drama that makes such a car so special. Fast only goes so far in my opinion, and that will always hold electric cars back for me.