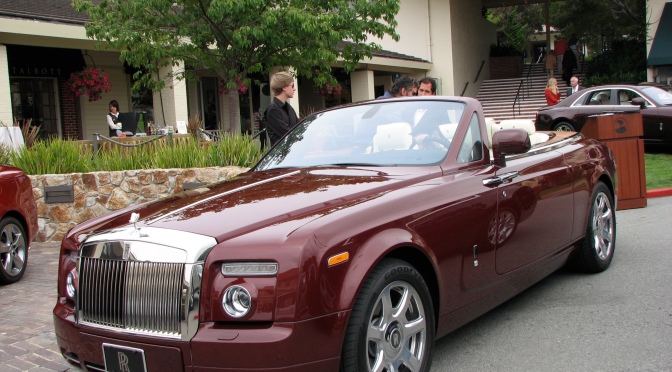 We were 21 and they threw us the keys to this $500,000 Rolls Royce. That was the moment we knew our idea had worked. We started Mind Over Motor largely as a way to get access in the automotive world, and just 2 months after we launched the site, we somehow landed press passes to Pebble Beach.

A few weeks later we were doing 100mph up a beautiful stretch of coastline on 17 Mile Drive in this Phantom Drophead Coupe with the wind in our hair and huge grins on our faces.

My own mindset at the time was far too juvenile for a Rolls, but there I was with my right foot connected to a V12 and I wanted to see what it could do. Obviously, I realized the Phantom wasn’t a sports car at all, more a luxury super-yacht for the road. But it was capable, and the whole experience was immensely satisfying.

We knew we had a very ambitious idea going in, and as we pulled out past the gate in this Rolls, it hit us, this was reality. 🤘😎