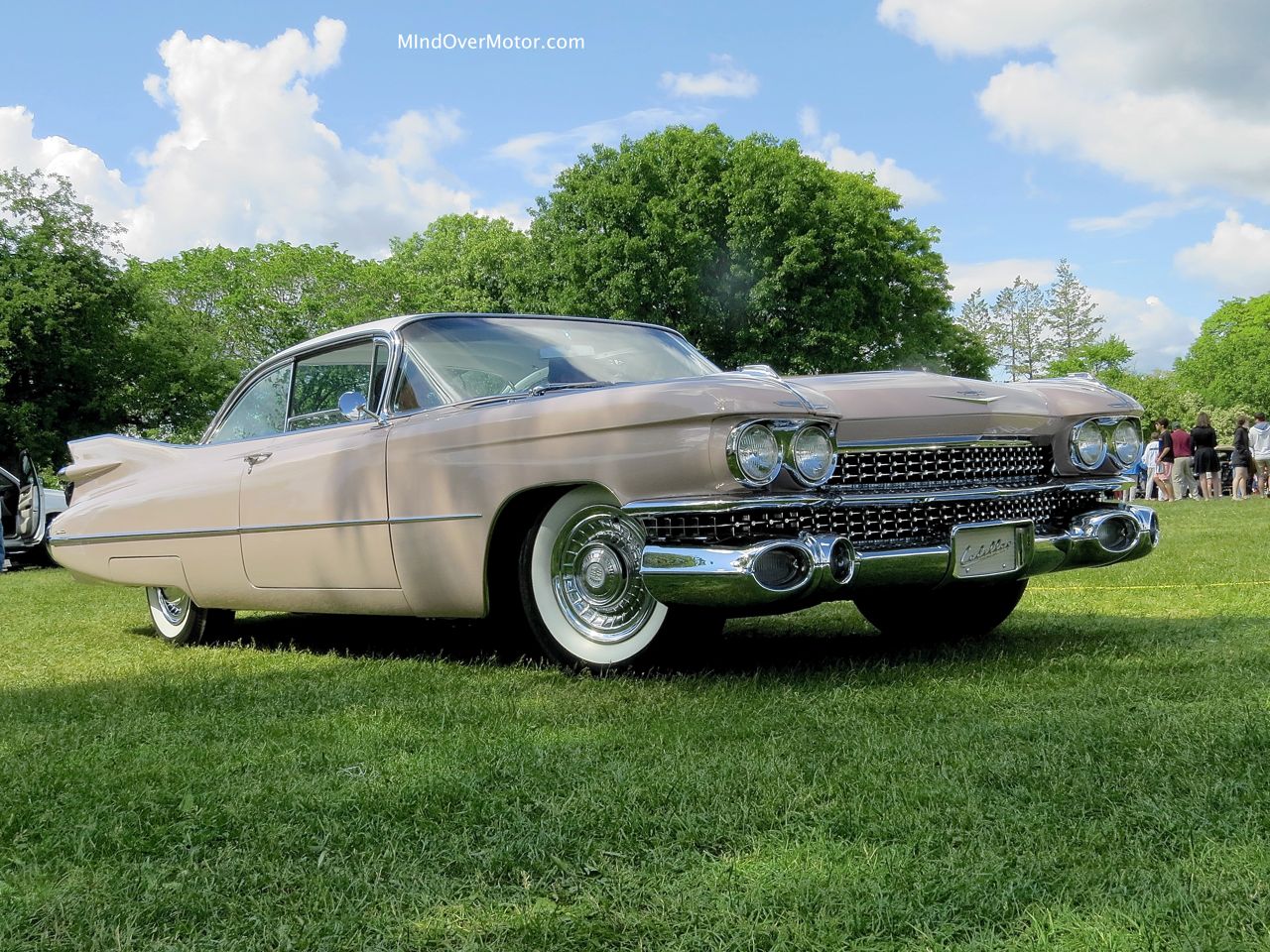 The year is 1959.  Your boss has just reviewed your assessment on setting up a new development of suburban homes near a major interstate highway in small-town America.  He’s very happy, closes his books, and gives you a 40% raise and promotes you to the head of your local developer office.  As you walk outside to your four-year-old Buick sedan, you realize it’s time for a change.  You’ve made it to the top of the heap in life, and you need a car to show your success.  Only a Cadillac will do, and you’re determined to make a statement.  So, you pick this one right off the showroom floor and show it to your wife and kids that night.  Everyone is overjoyed at your success and they all love the new Coupe DeVille you’ve just bought.

Back in 1959, Cadillac was a true success symbol for most Americans.  My great-grandfather had a few of them, and after my grandpa became a successful dentist in the 1970s, he bought one himself.  The 1959 models are considered by many to be the most grandiose of the postwar Caddies, with the tallest fins ever fitted to an American car, stunning chrome and a set of colors some could only dream of seeing in the late Fifties.  This particular 1959 model is a soft shade of pink with a  white top, known as Persian Sand.  This car is also equipped with an immaculate white interior and looked every single way of perfect.  The ’59 always has been and always will be a crowd-pleaser car, and this one’s no different.  Whether you fancy the chrome up front, the sky-high fins out back, or the hulking side profile, there is definitely something for everyone to enjoy on the 1959 Cadillac, and there’s certainly enough space inside to carry every single one of them.  This car, as Jerry Seinfeld said on Comedians In Cars Getting Coffee not long ago about the ’58 Eldorado Seville, is “as thrilled with itself as you are.”  I couldn’t agree more.  Enjoy the photos. 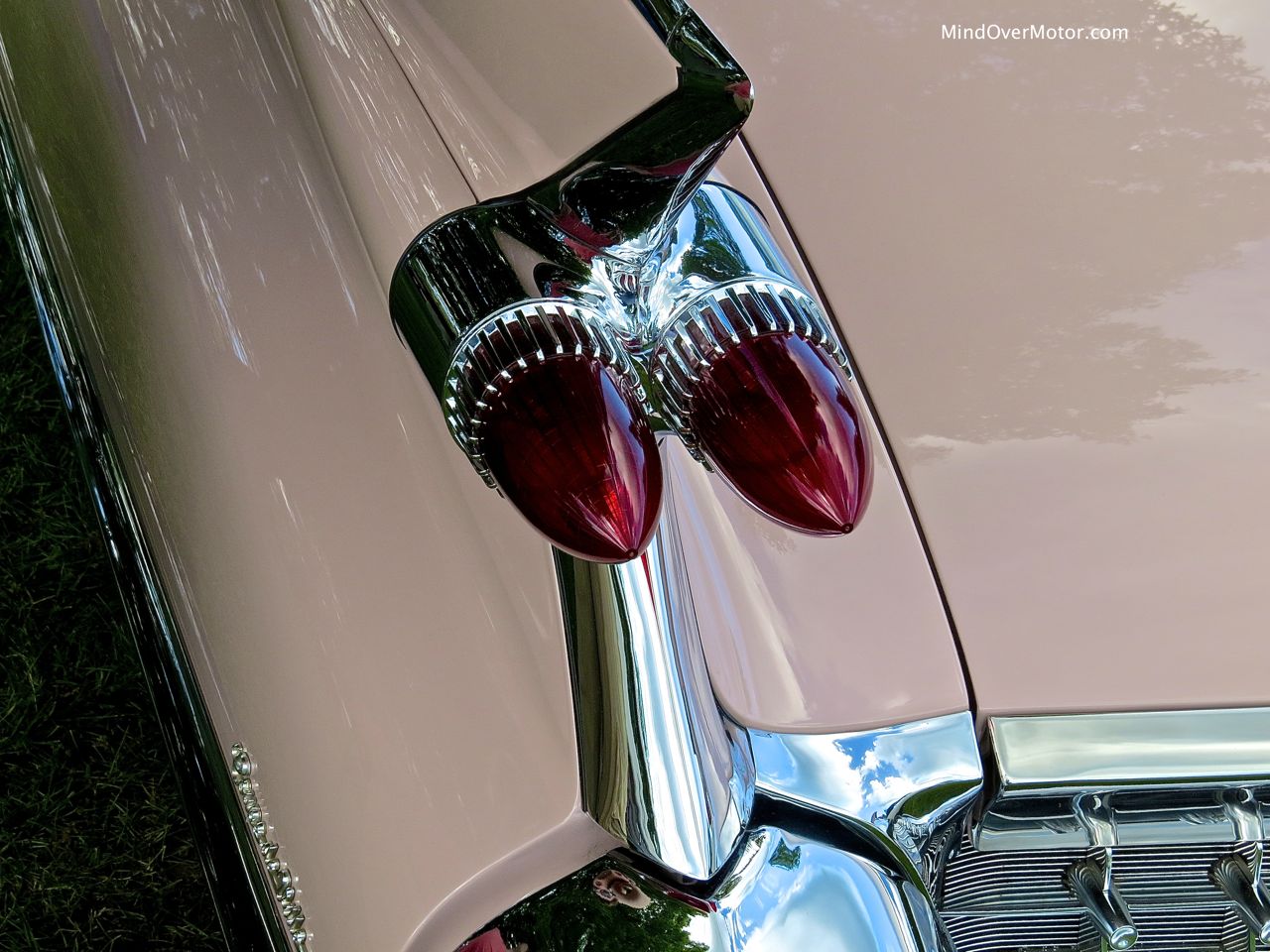 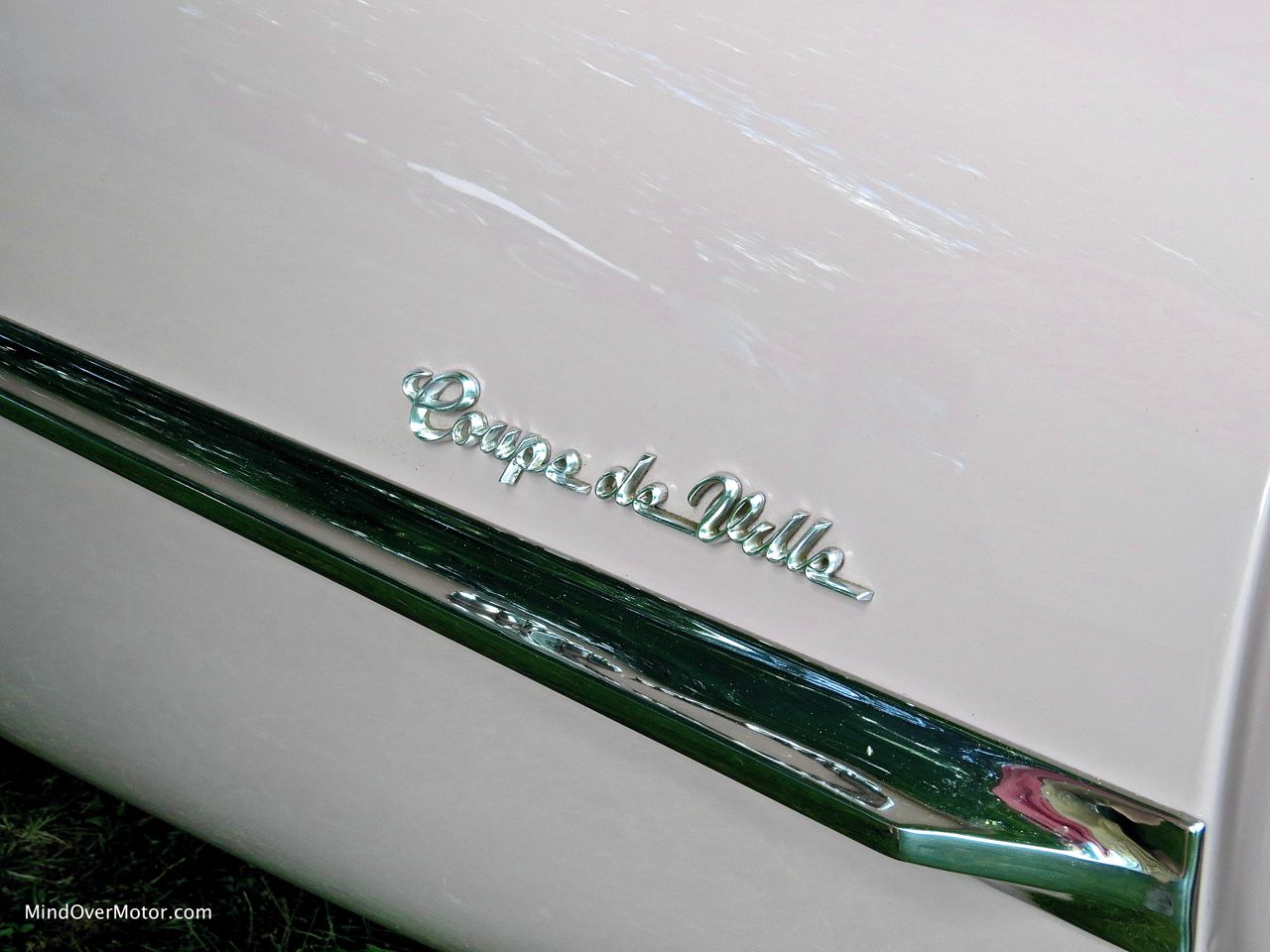 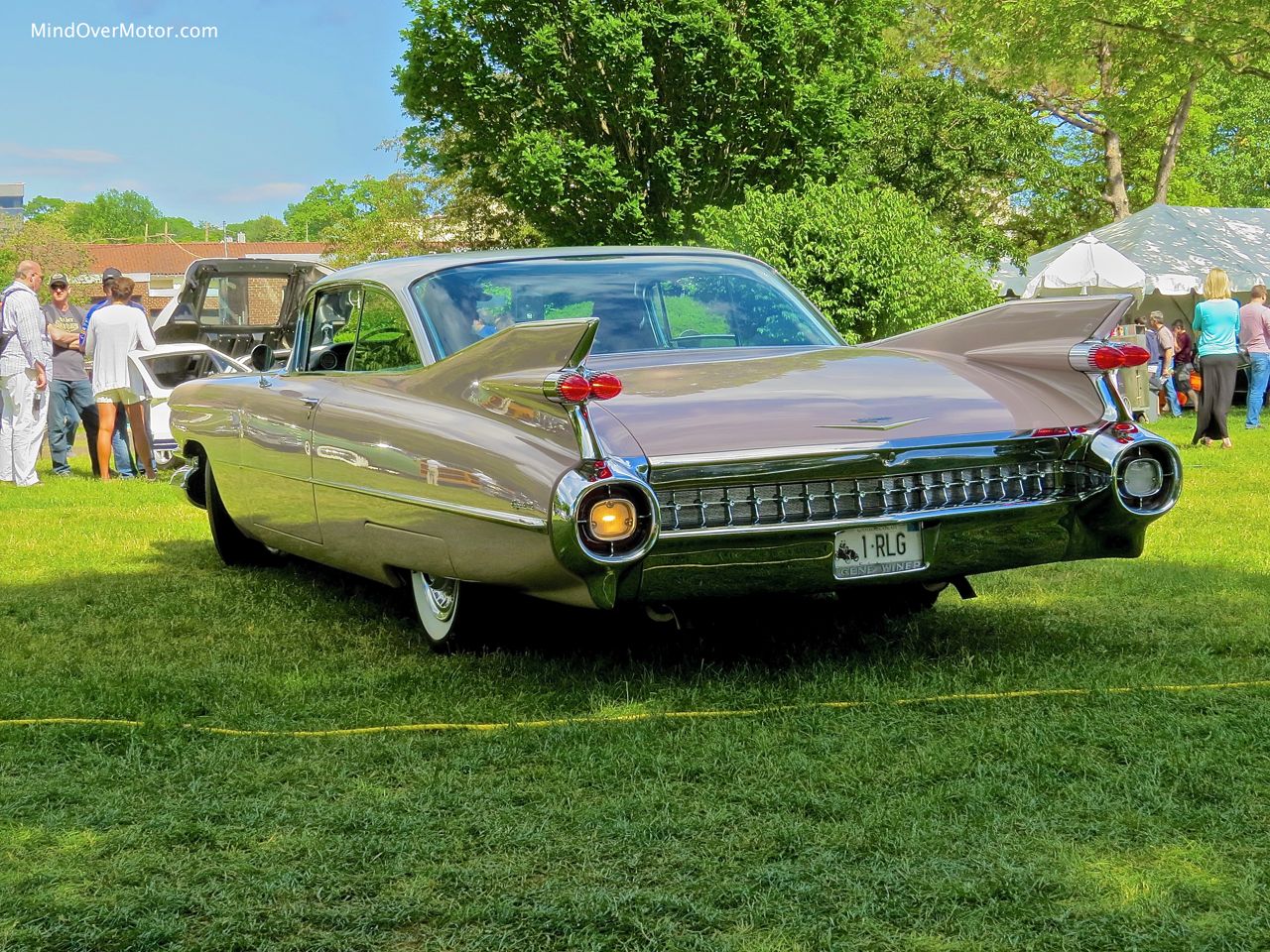 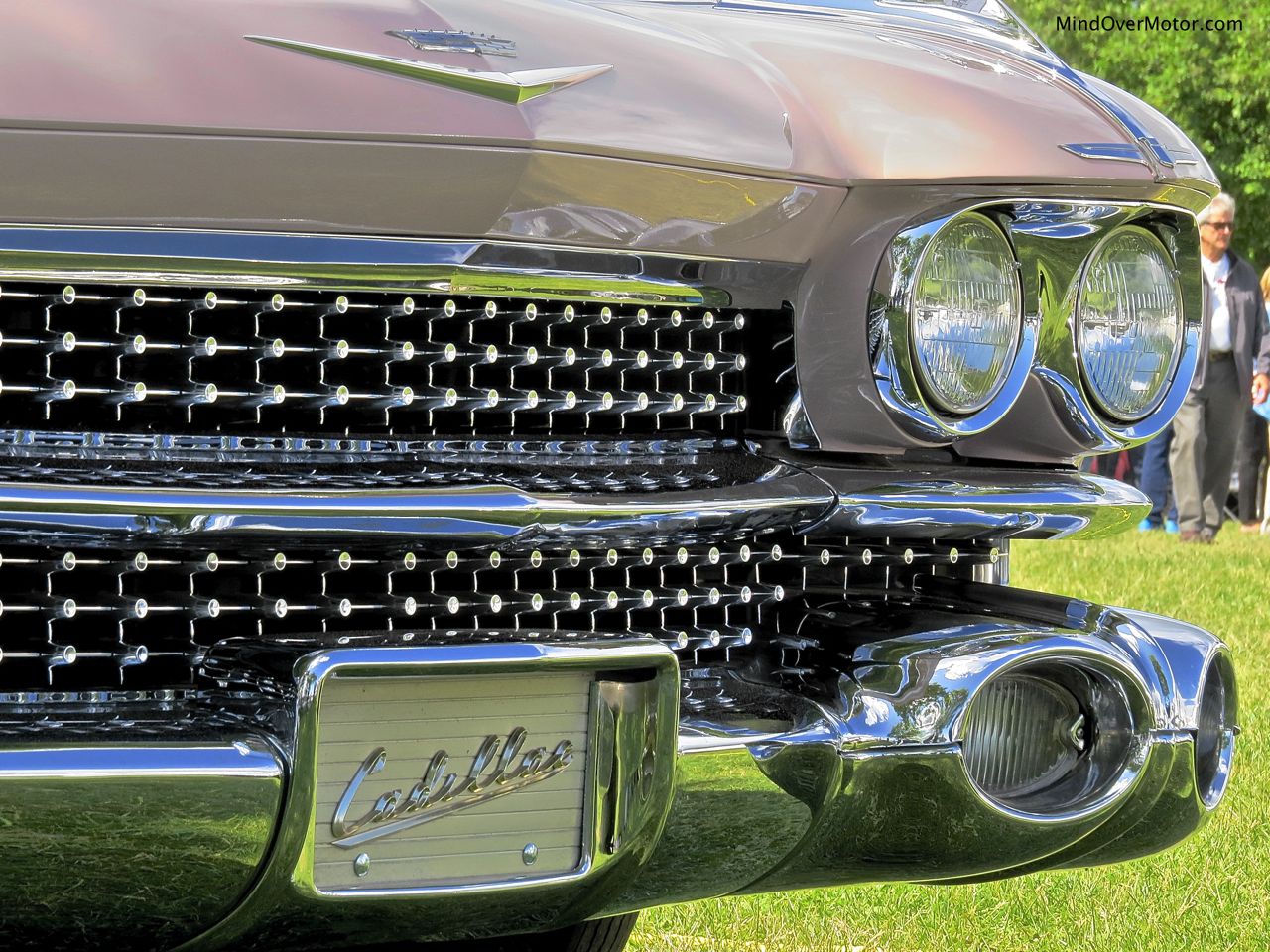 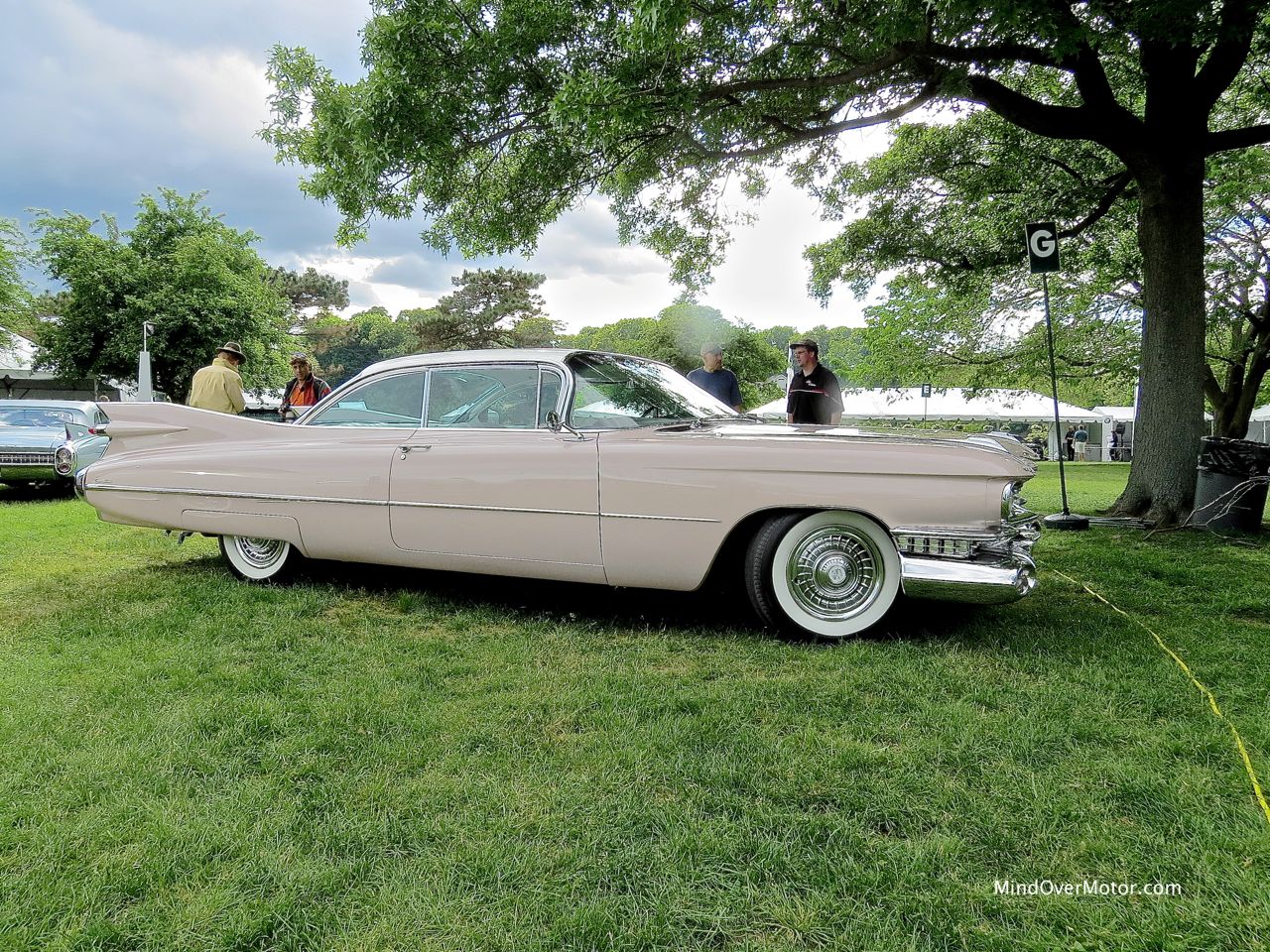