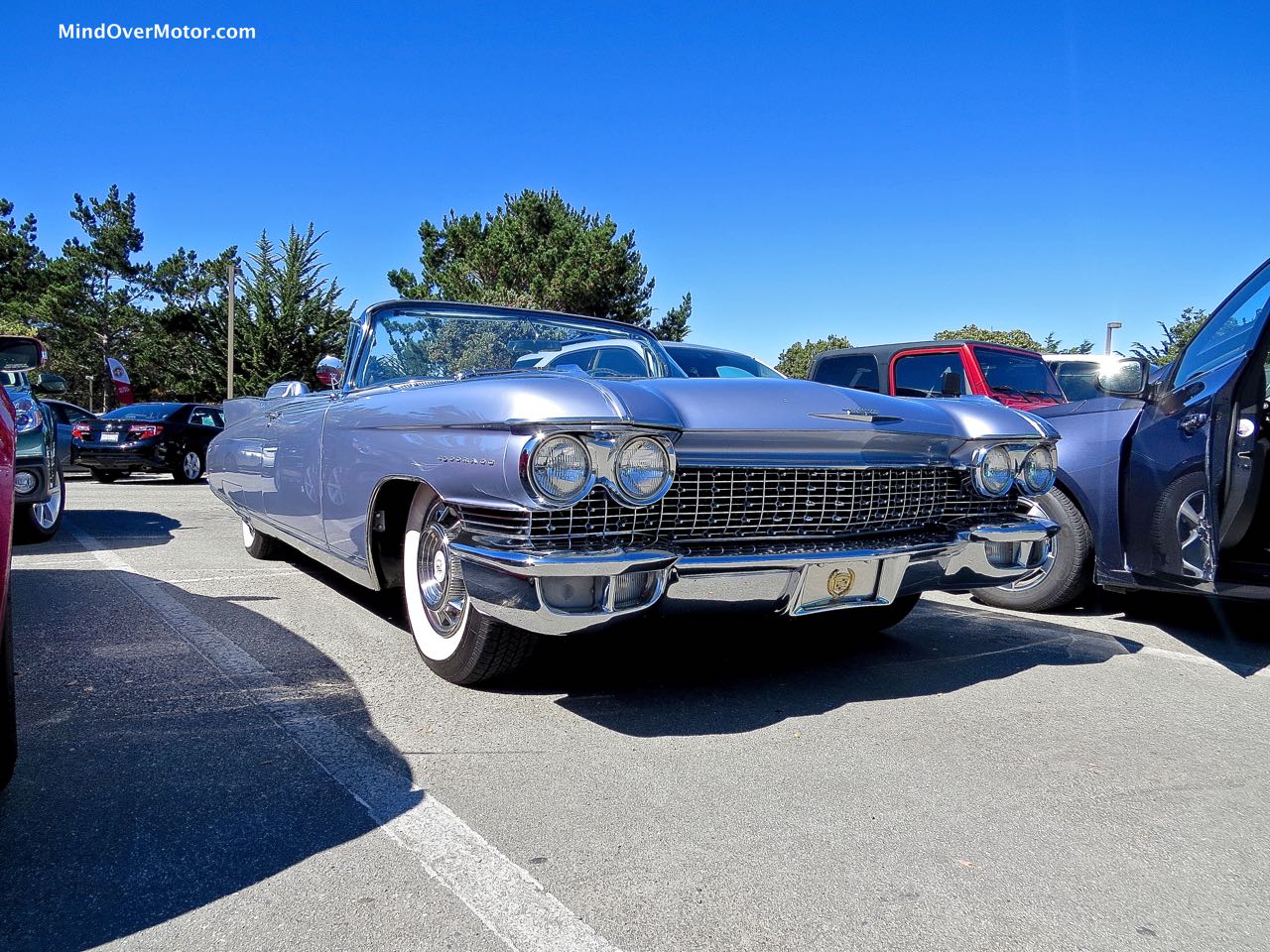 The first day Nick and I were at Pebble Beach this year, we spent a lot of time relaxing at the Inn at Spanish Bay gawking at the cars coming in and the money rolling in. After walking around the RetroAuto collection (and grabbing a few golf balls for a co-worker), we left the Inn and headed for the auction tents. Right before getting in the car, I noticed an enormous American hunk of iron sitting next to it–this classy old Cadillac. The Eldorado Biarritz was the top-of-the-line Cadillac droptop in 1960 and stayed that way until 1964. This example is one of only 1,285 made in 1960 and one of only a few I’ve seen since we started this site. It’s a real treat to see someone driving a car as big, brash, and beautiful as this one, anywhere. 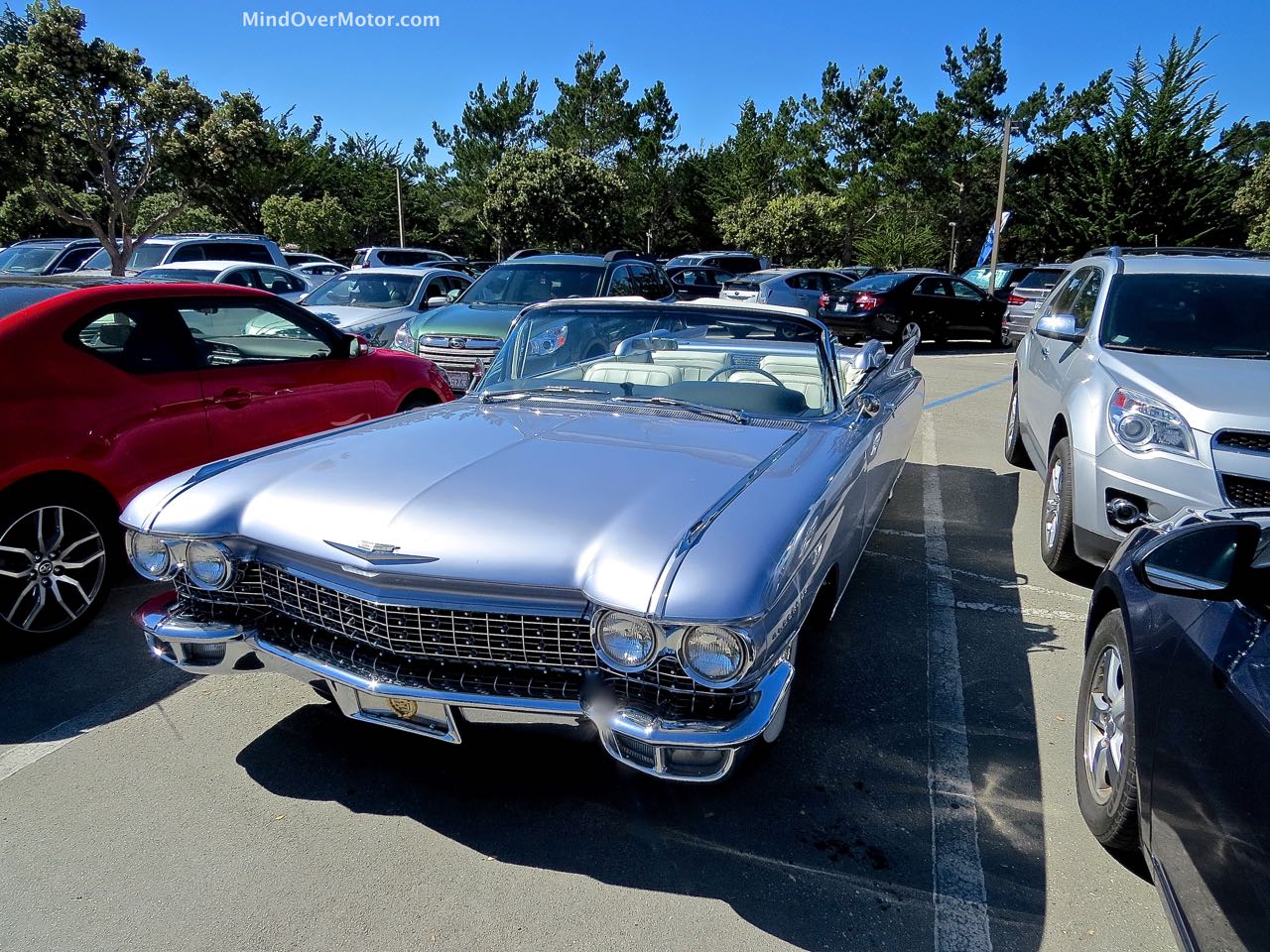