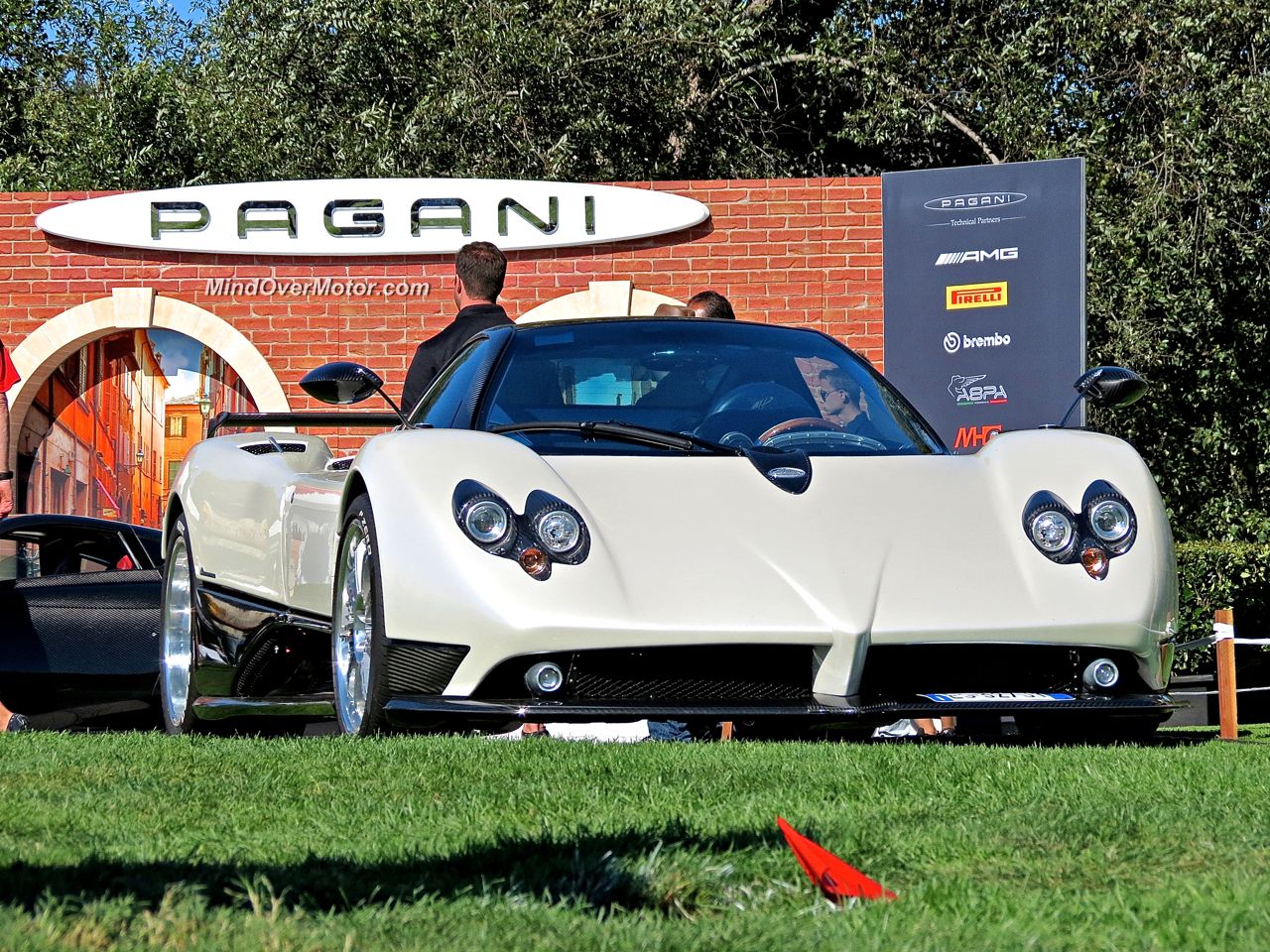 I could say that I have many “dream cars”, but none quite so much as the majestic Pagani Zonda F. This really is “the one” for me, above all other cars.

The Zonda is fast as hell, but there are many faster cars out there. It is extremely expensive too, worth a few million, but one with enough money could always spend even more. But when it comes to being special, when it comes down to the fine individual details that add up to make something that is truly magnificent, a Pagani has no match.

I love the Pagani Huayra too, nearly as much, but the Zonda is the one I’d choose with a gun to my head.  For me, it is the raw old-school nature of the Zonda is that draws me in, or maybe it is the ferocious sound from its naturally aspirated 7.3L Mercedes V12 engine.  It might also be a sentimental thing for me as well, because I visited the Pagani factory in 2004 and it was a life-changing experience.

The Zonda F you see here is, in fact, Horacio Pagani’s own personal car. I also had the immense honor of meeting and speaking with Mr. Pagani at the Quail event this past year. He was as gracious as I’ve heard him to be, a man who’s passion shines brightly on everyone around him. It was a dream come true for me, to be sure! 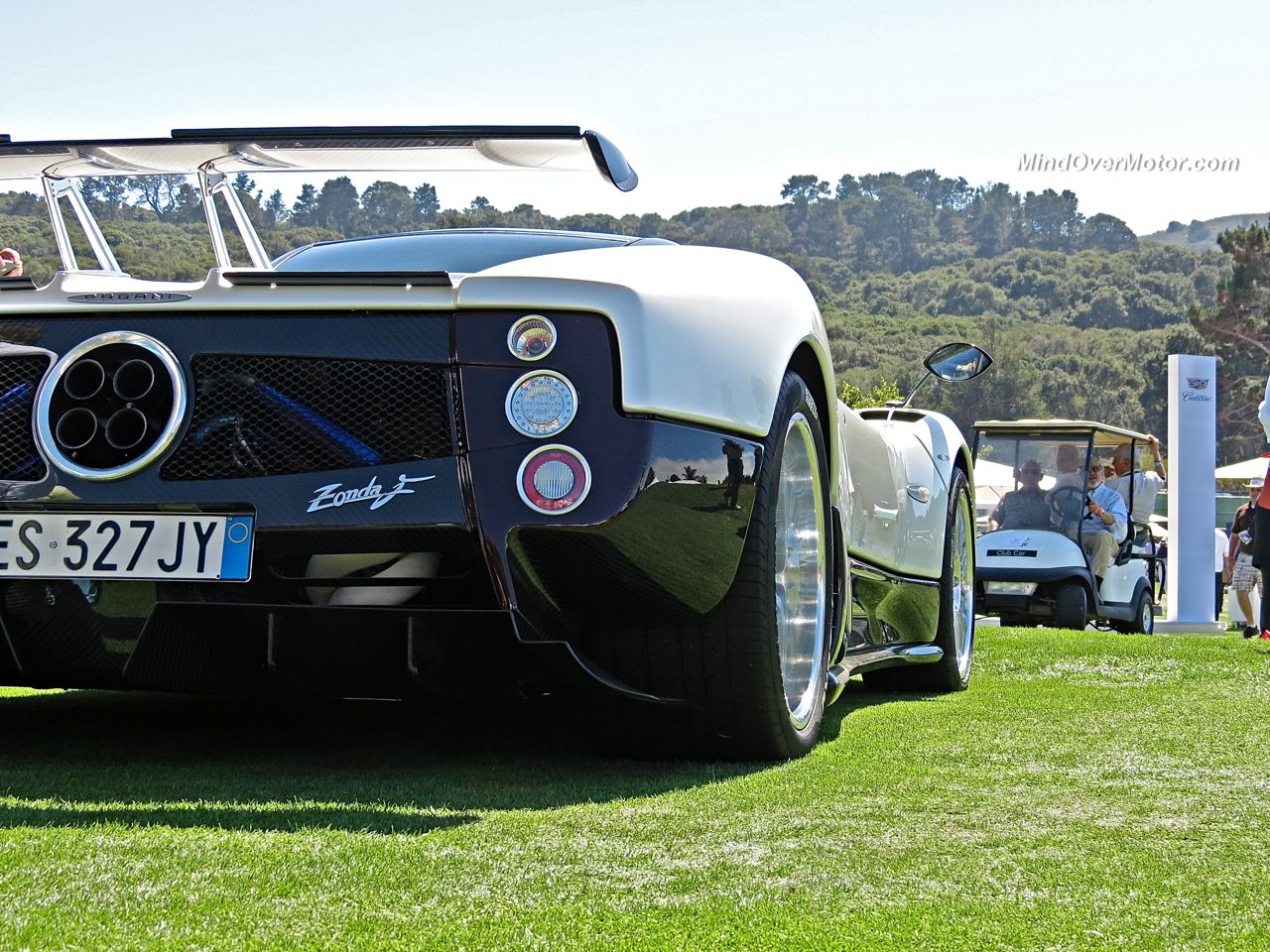 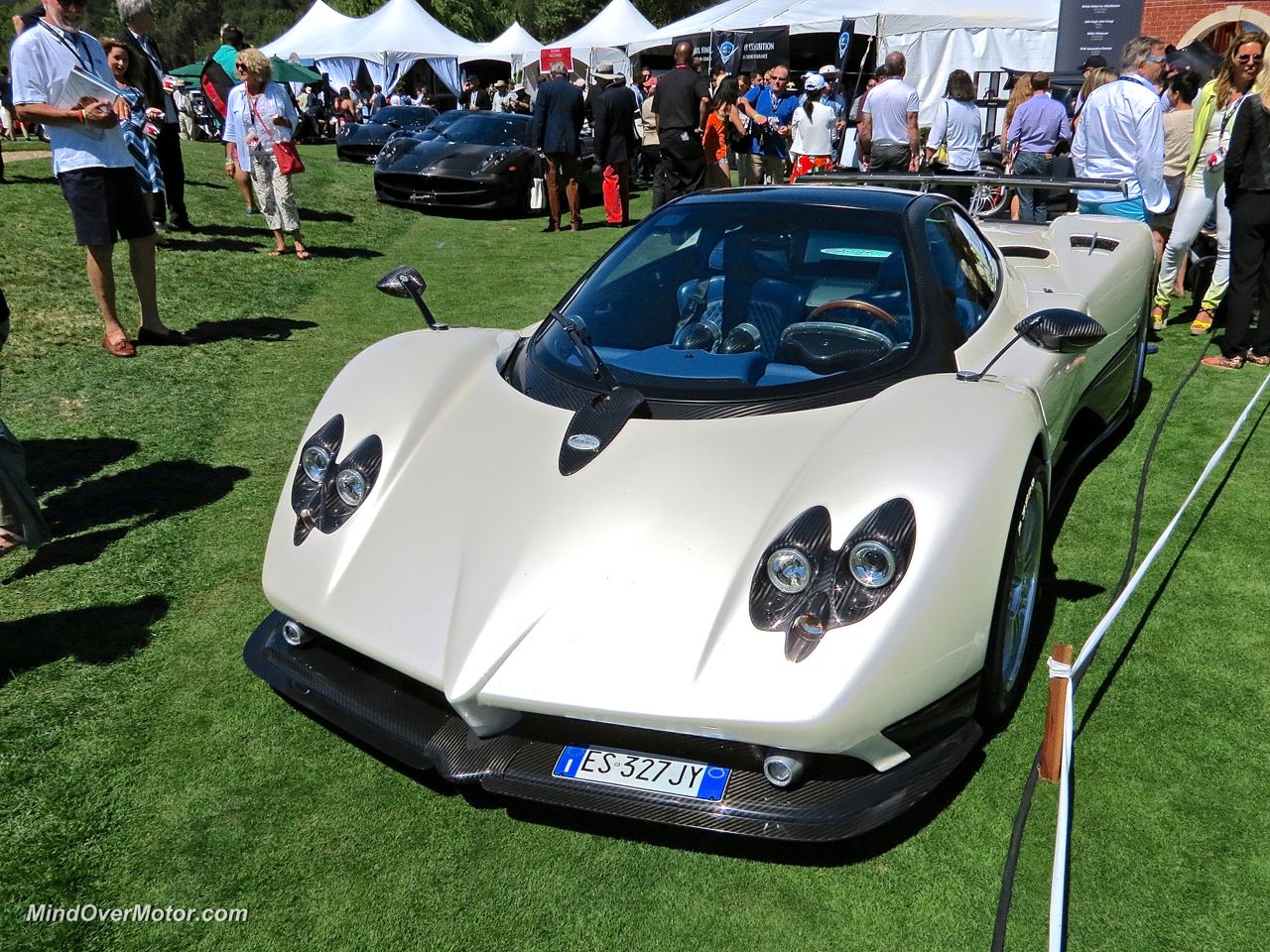 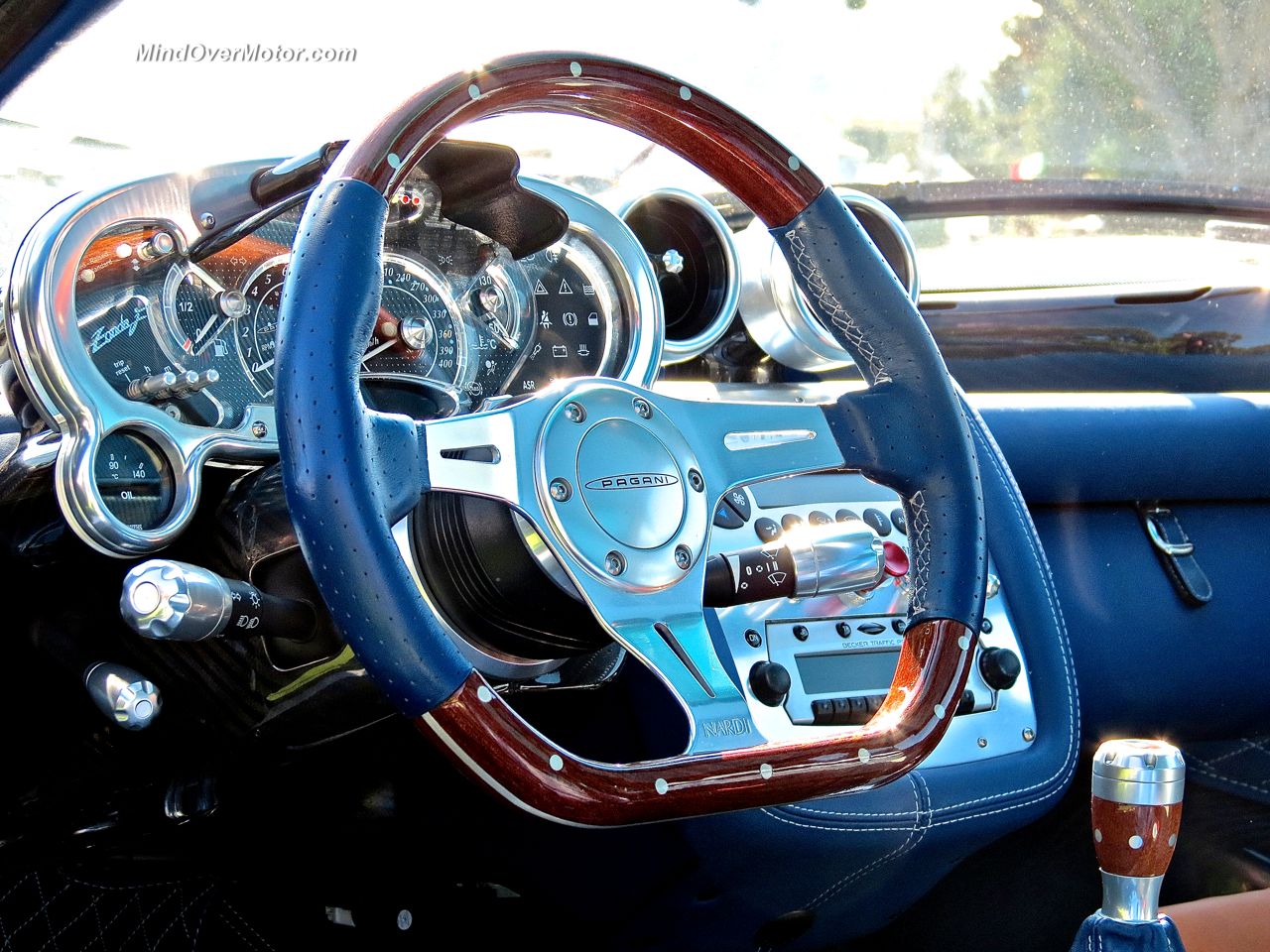 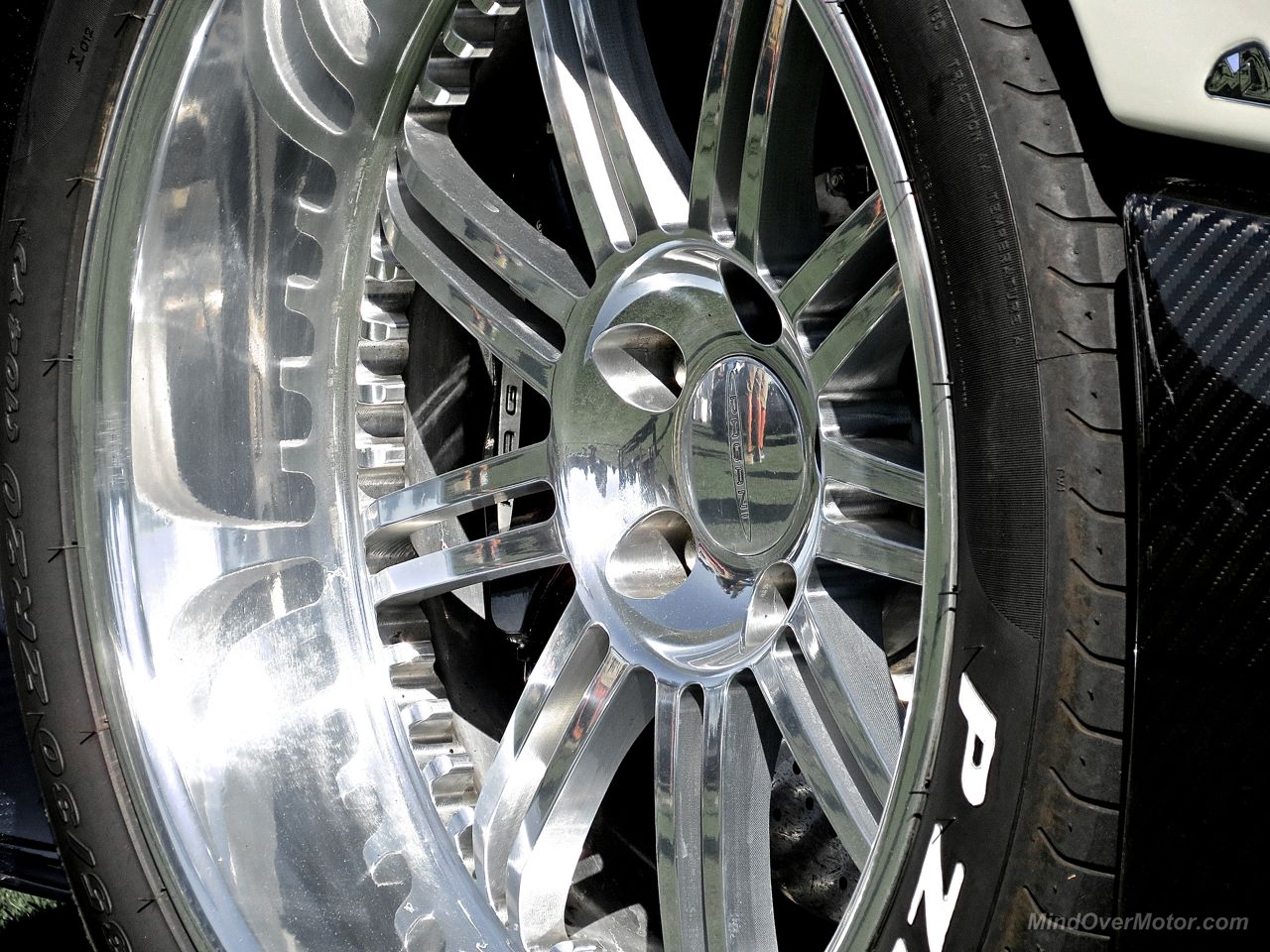 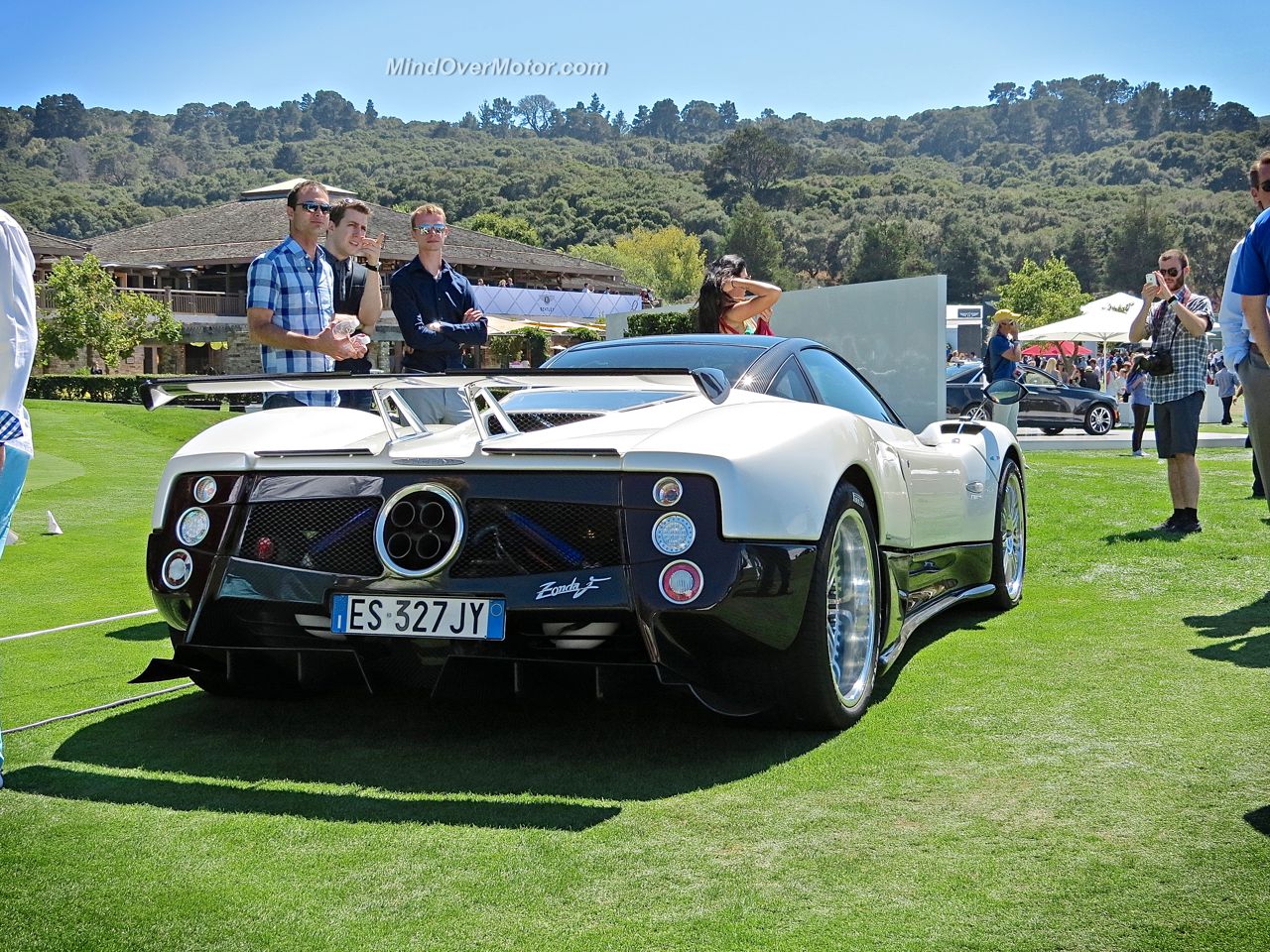 Horacio’s Zonda is a Zonda F, and it has either 602hp or 650hp, depending on whether it is fitted with the Clubsport Package. I’d imagine Mr. Pagani would have the CS package on his own car, but I’m not totally sure. Either way, it’s got quite a bit of pep for a car weighing only about 2700lbs.

“Fast enough” is sort of the Pagani way, though. That’s because, after a certain point, the performance just gets completely ridiculous. At the end of the day, I’d rather have a car like this Zonda with more manageable power and a melodious engine, than a balls-to-the-walls Koenigsegg or Bugatti. Remember, these are street cars we’re talking about, here, and fun is the main purpose. Pagani has already proven they can go faster than everyone else with the Zonda R, which lapped the Nurburgring in 6:47.

In a Pagani road car, though, it’s all about the driving experience and appreciating the fine detail work. A Pagani is really only a car to a certain extent. With all of the passion and craftsmanship that goes into it, it’s really more a work of art. 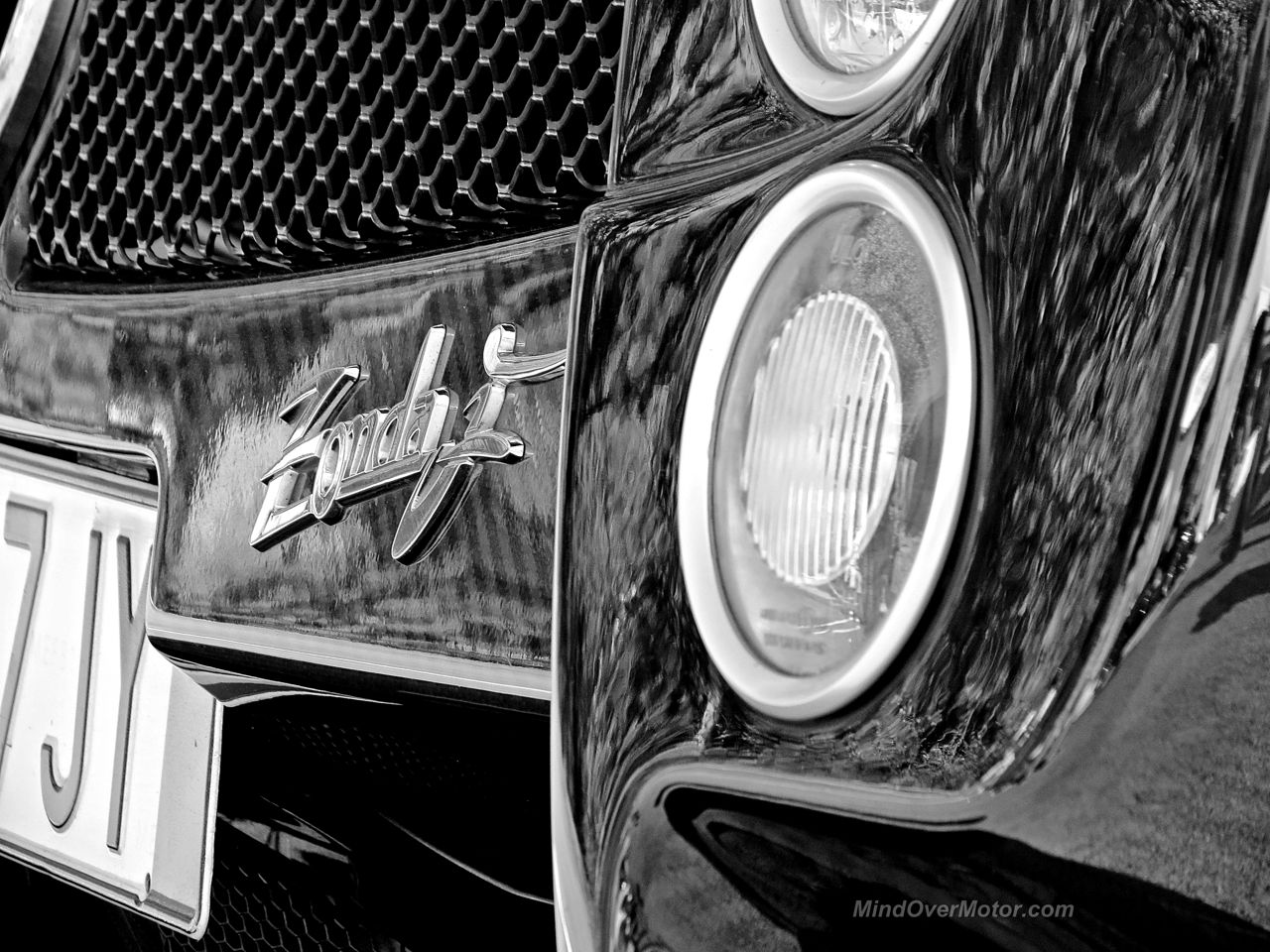 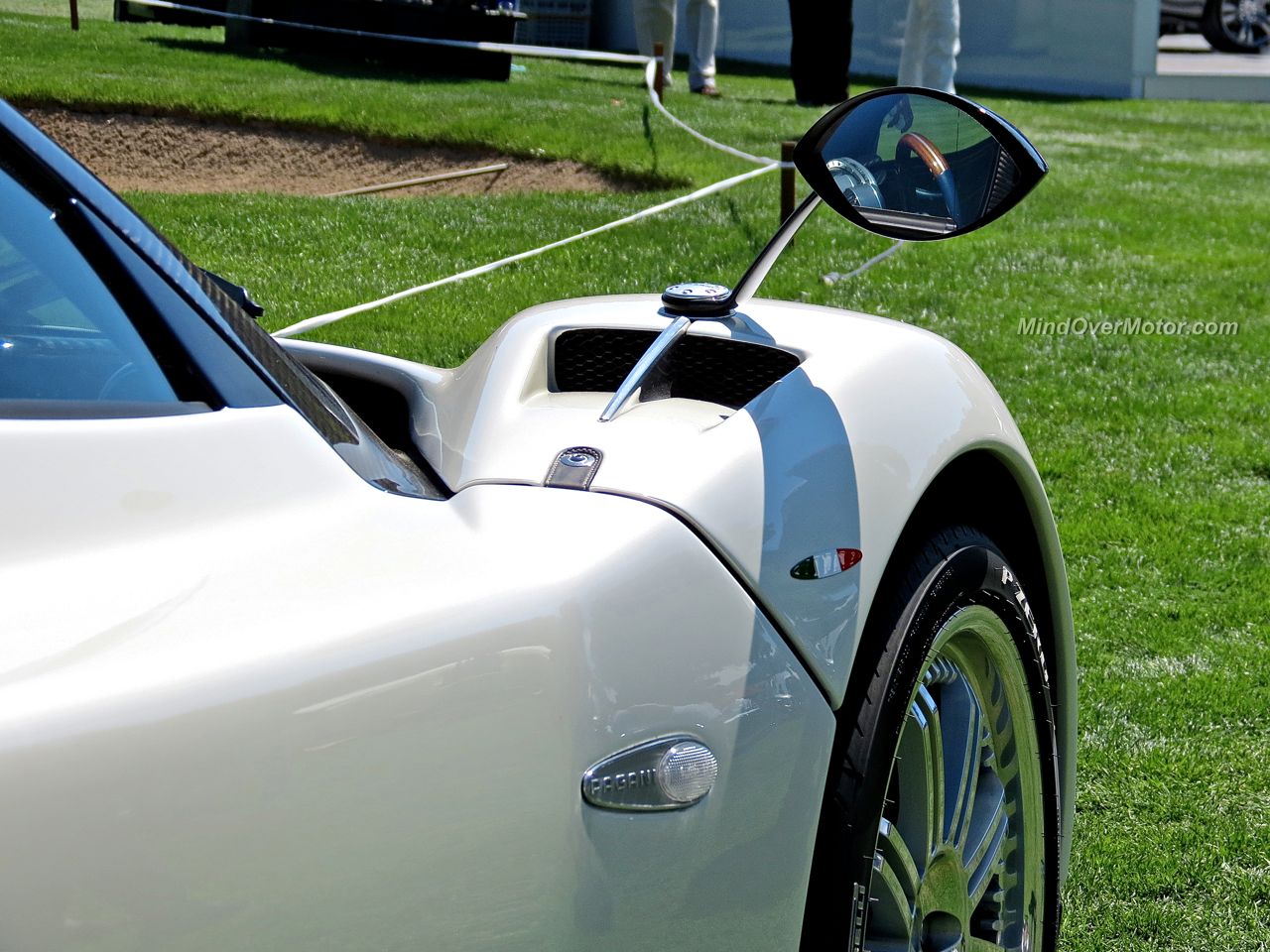 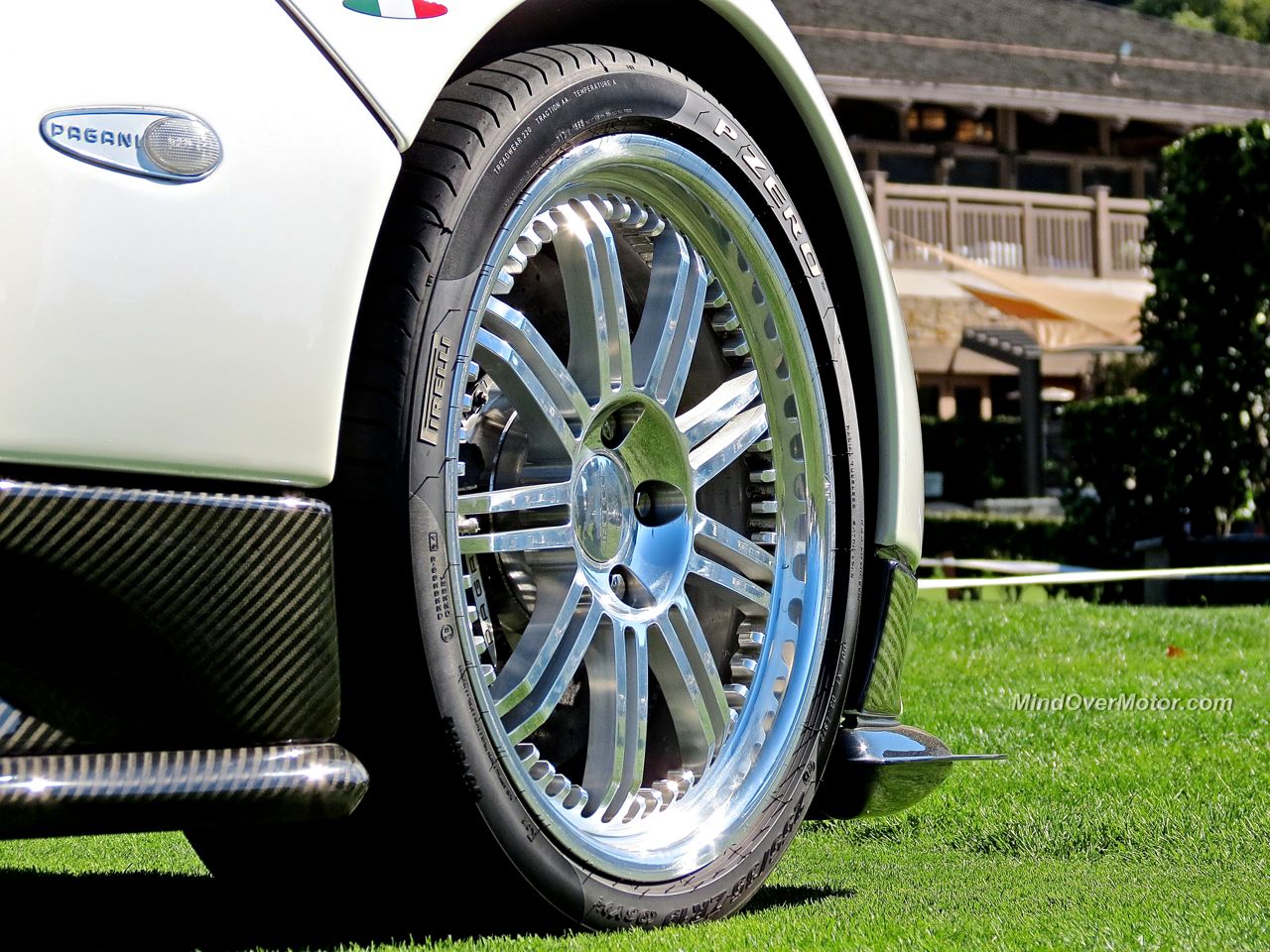 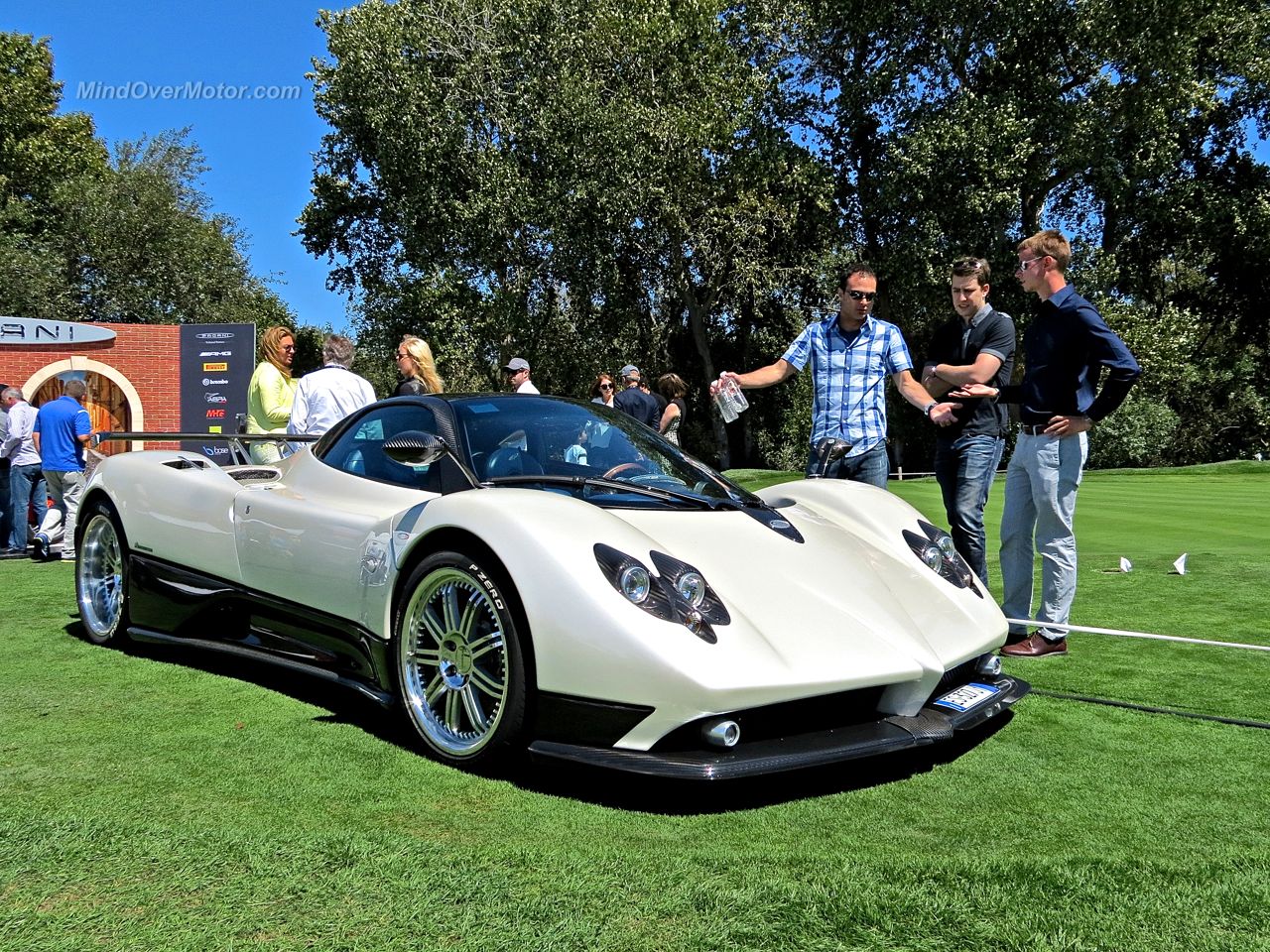 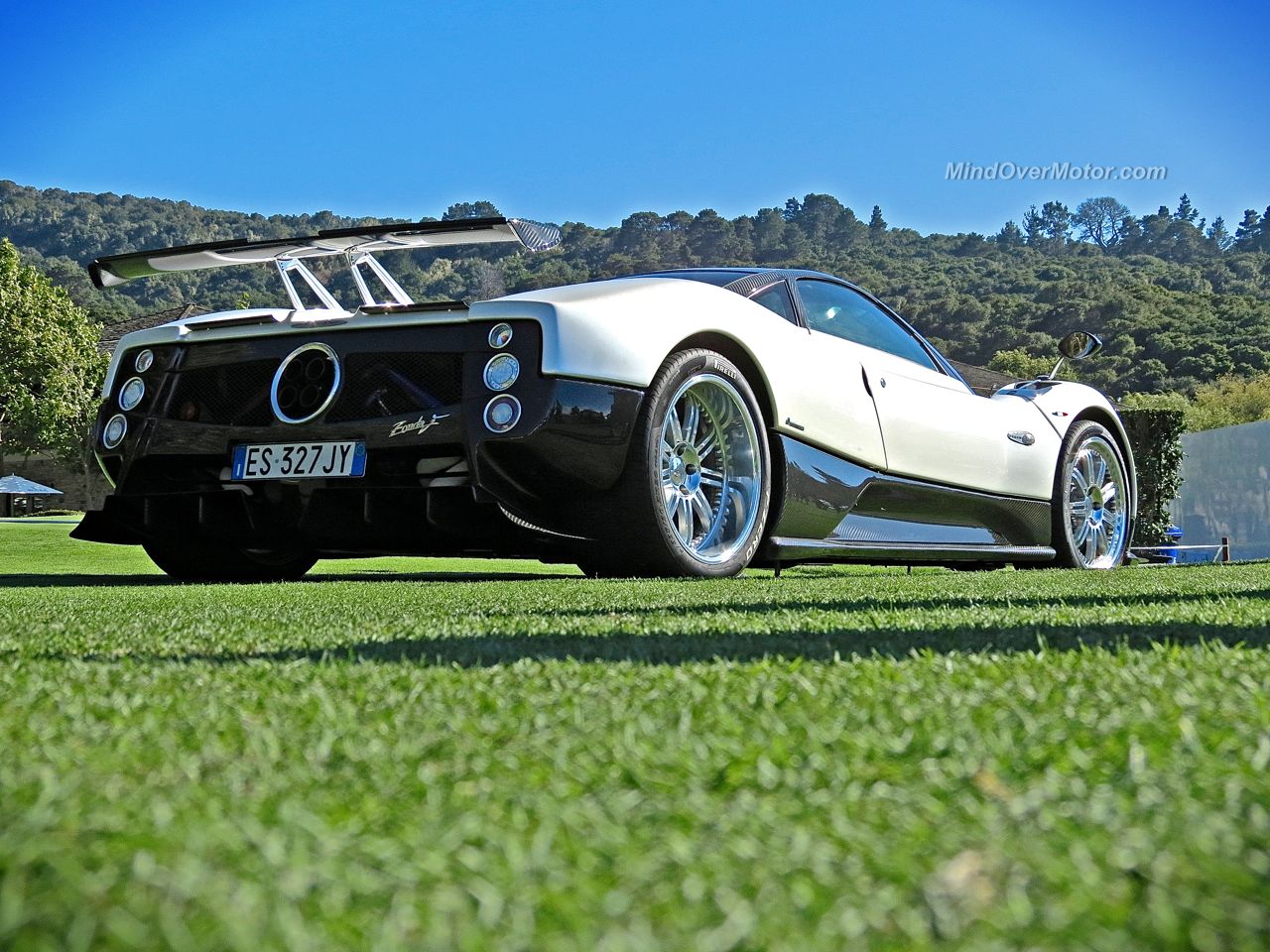 Now, many art snobs say that “A car cannot be ‘art’ because art cannot have a purpose other than being art.”

To them I say, “What is the purpose of an automobile?” The answer is transportation, and I’d argue that the Pagani Zonda isn’t about transporting you anywhere at all. The Zonda’s purpose is entirely functionless amongst automobiles, it exists purely to be driven and experienced, but not as a means of getting from point A to point B. The destination is totally meaningless in a machine like this. The car itself is the destination.

I would also argue that a Zonda is artistic for numerous senses, whereas a painting is really only for the eyes. The Zonda can appeal to my eyes when I look at it. But then I can get in it, and drive away. Once I’m driving the car I can experience the art of touch, the art of sound, the art of smell, the art of sight, the art of emotion, and even the art of taste… if I were so inclined.

Sure I could use a Pagani Zonda to drive to work and back. I could also use the Mona Lisa as a rectangular frisbee, but would that render the famous painting “art, no more?” Being “art” lies in something’s purpose, not in it’s possible uses. And by that definition, a Pagani Zonda is the epitome of “art.” 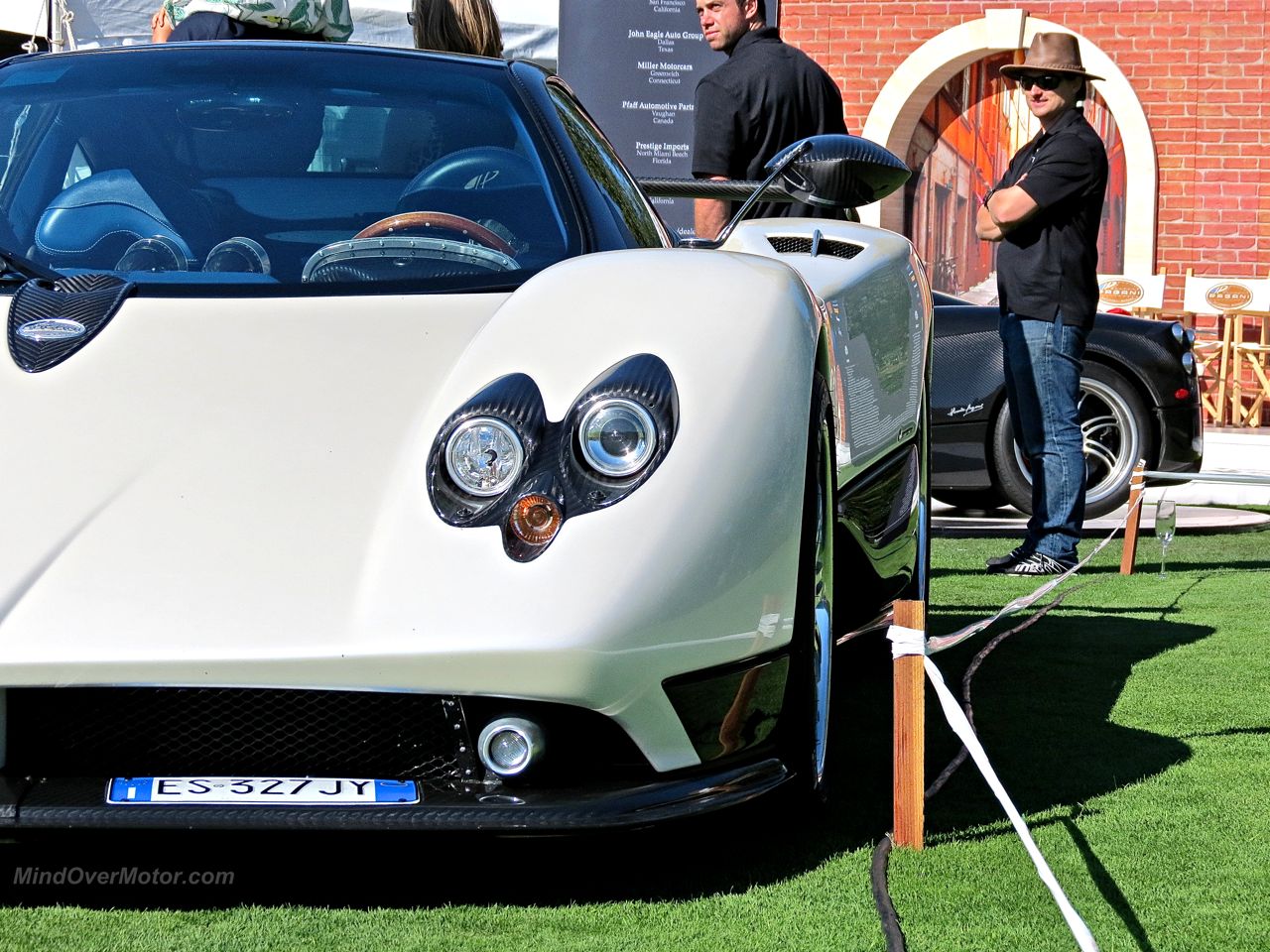 In case you cannot tell by now, I’m very passionate about this car, and all Paganis, for that matter. It is my dream just to even drive a Pagani Zonda for a few minutes one day, let alone to actually own one. That dream is very much a part of what keeps me motivated to do this blog and advance other aspects of my career as well.

If nothing else, Mr. Pagani has given such inspiration to countless people, like myself. Only a handful of people on Earth can afford to buy a Pagani, but the aspirational affects are far more profound. I definitely get the sense that Mr. Pagani knows this quite well. I mean he was even letting people sit in the $2 Million Huayra that was at the Quail.

Inspiration is the real power of a supercar, much more than anything else.