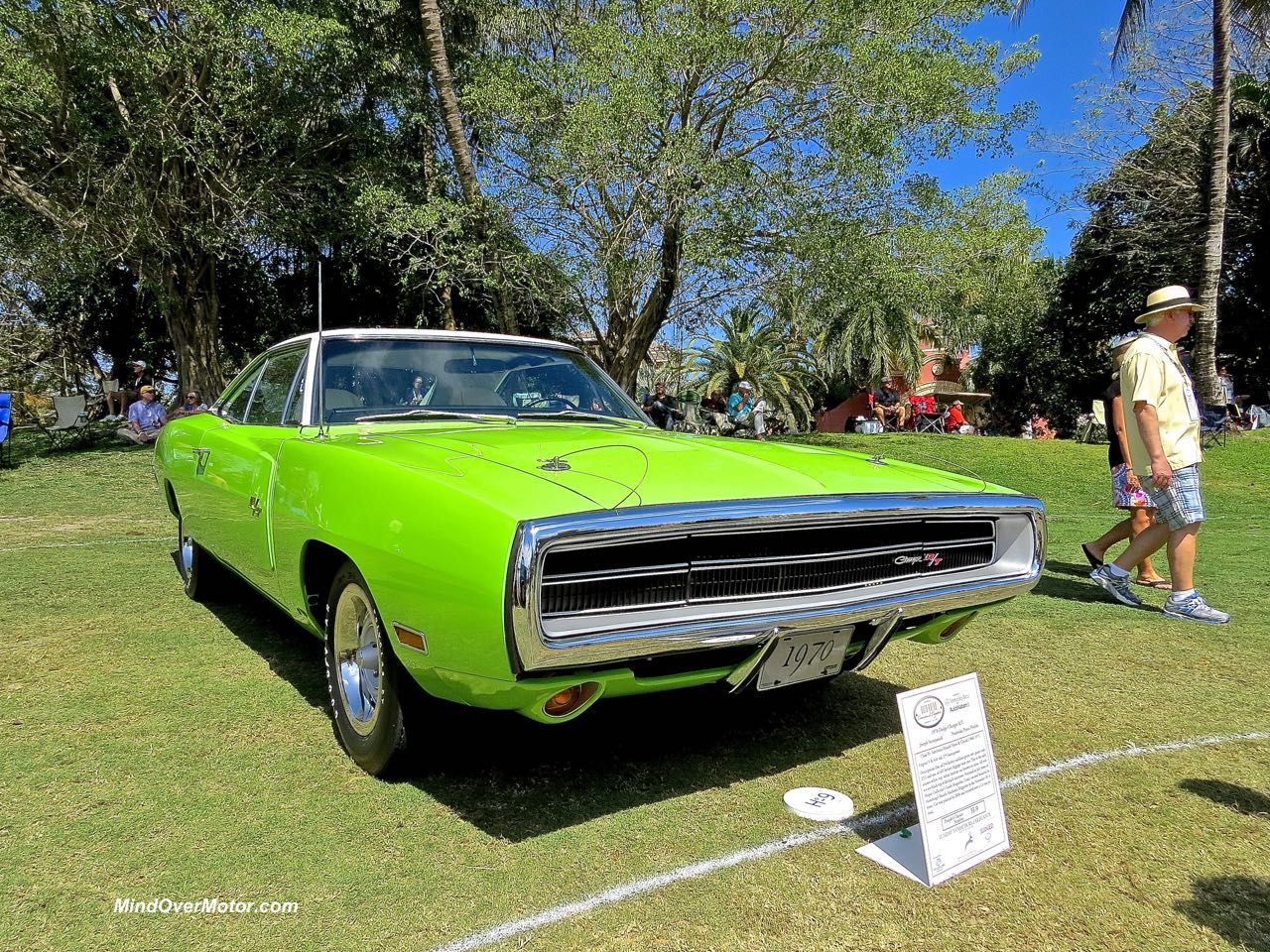 When it takes someone 13 years to restore a car, it’s going to be something special. I am a huge fan of the second-generation Dodge Charger–and so is the rest of America. From the General Lee (of late Seventies fame) to the 1970 Charger hero car with the gargantuan supercharger poking out of the hood (thank you to The Fast and the Furious), this is a car that refuses to go out of style. The 1970 model was the final year of the Coke-bottle styling, and it has a few features that distinguish it from its earlier neighbors. 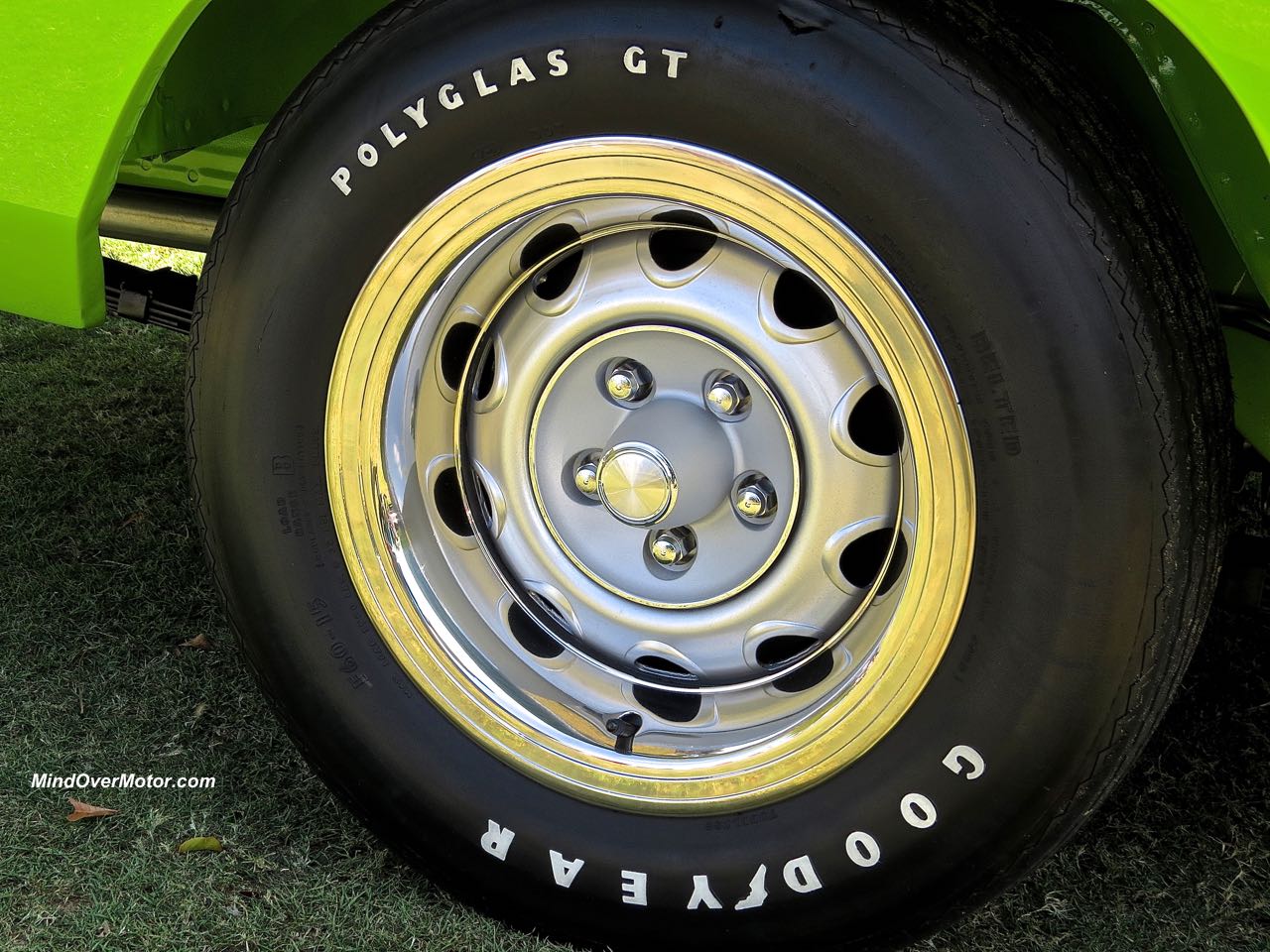 The ’70 has a horizontal split through the grille–it appears one-piece but it is indeed a two piece type of design. The other major change is the doors–while the 1968-69 models have scoops pressed into the doors, the 1970 models have an externally-mounted piece of trim representing the door scoop, arguably to add some early Seventies glam. Luckily for us, Dodge painted some of these in some very loud colors. This is just one example–but it is one of one. 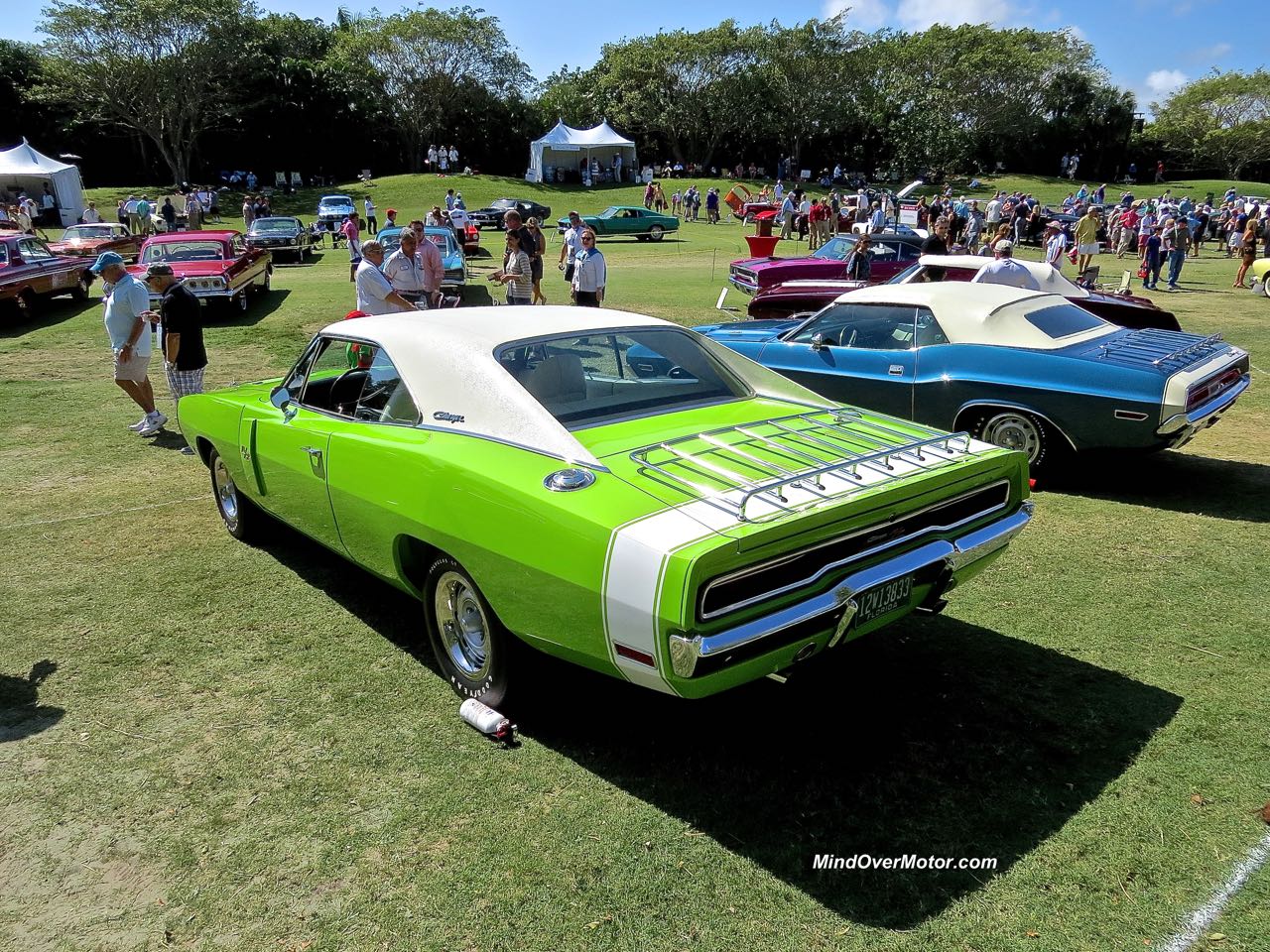 The math on this car is a gem. It’s an R/T series with a 7.2L, or 440-cubic inch V8 (hard to believe it, that’s just the base engine) and the TorqueFlite A727 automatic transmission. Now, while those were rare at the time, the color combination puts this Charger into single digits. It’s a white roof car (which looks fantastic with the rare Sub-Lime paint), and it’s got a luggage rack–which stands out, considering only a bit over 400 of these left the factory floor with it installed. 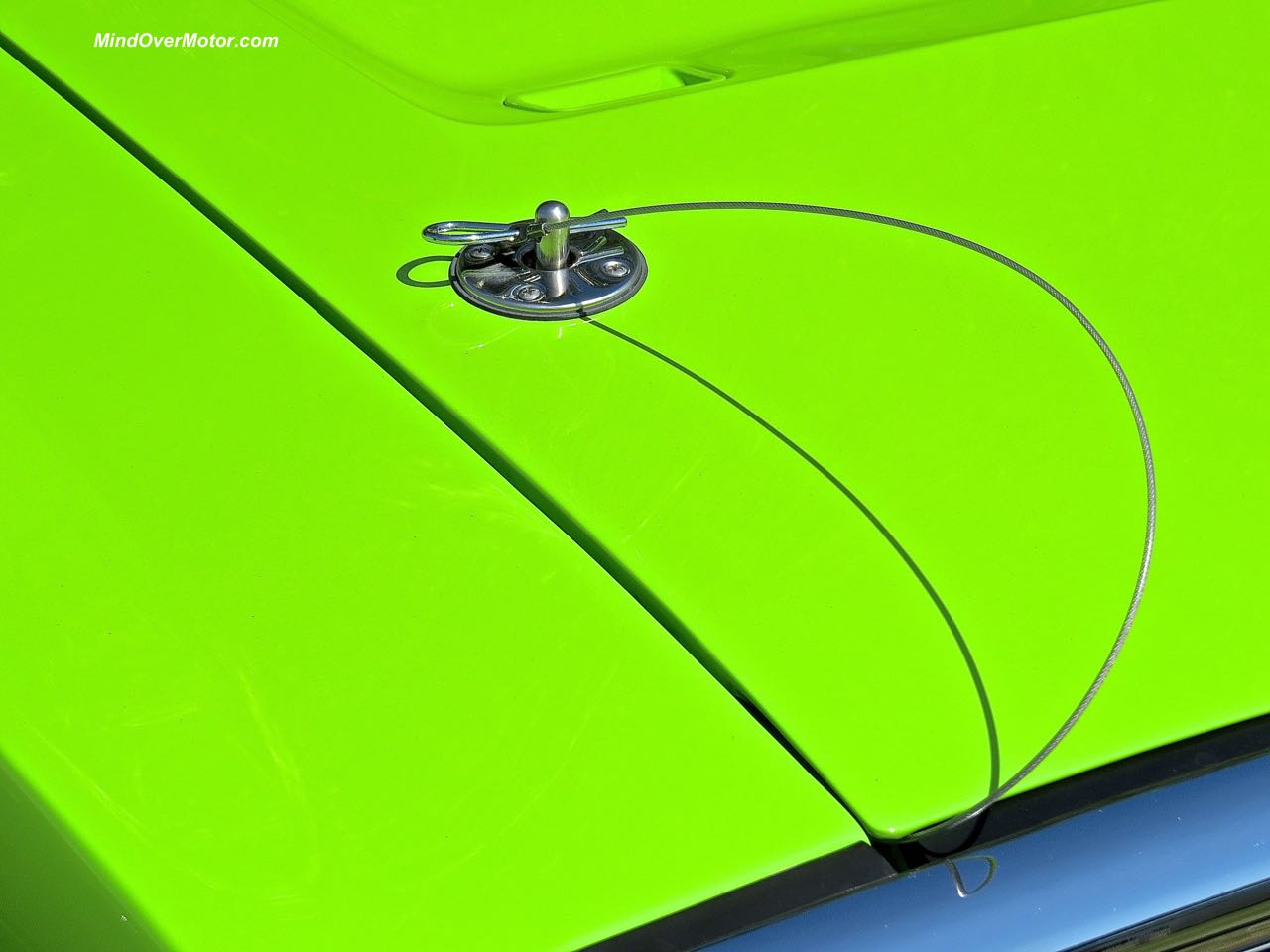 Just 394 1970 Chargers have the Sub-Lime paint finish–and this is the only one with a luggage rack, that paint, and a white vinyl roof and matching interior. Any other vinyl roof car will be black over black. The owner took 13 years to restore it–and I appreciate the care that was taken. It’s not a 4-speed, nor is it a Hemi, but it’s a show car of the highest order. Enjoy the photos of this one-of-one Dodge Charger R/T. 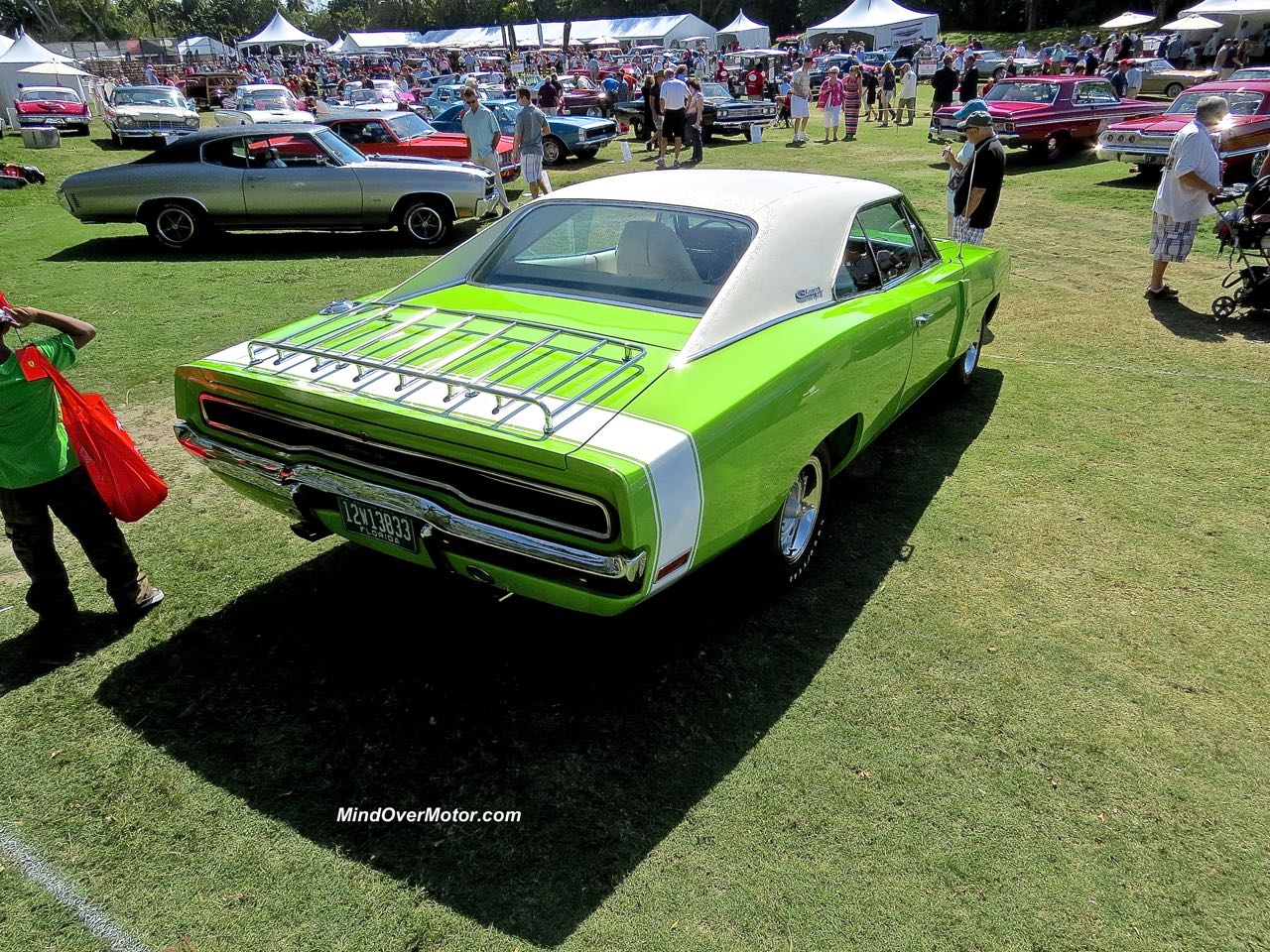 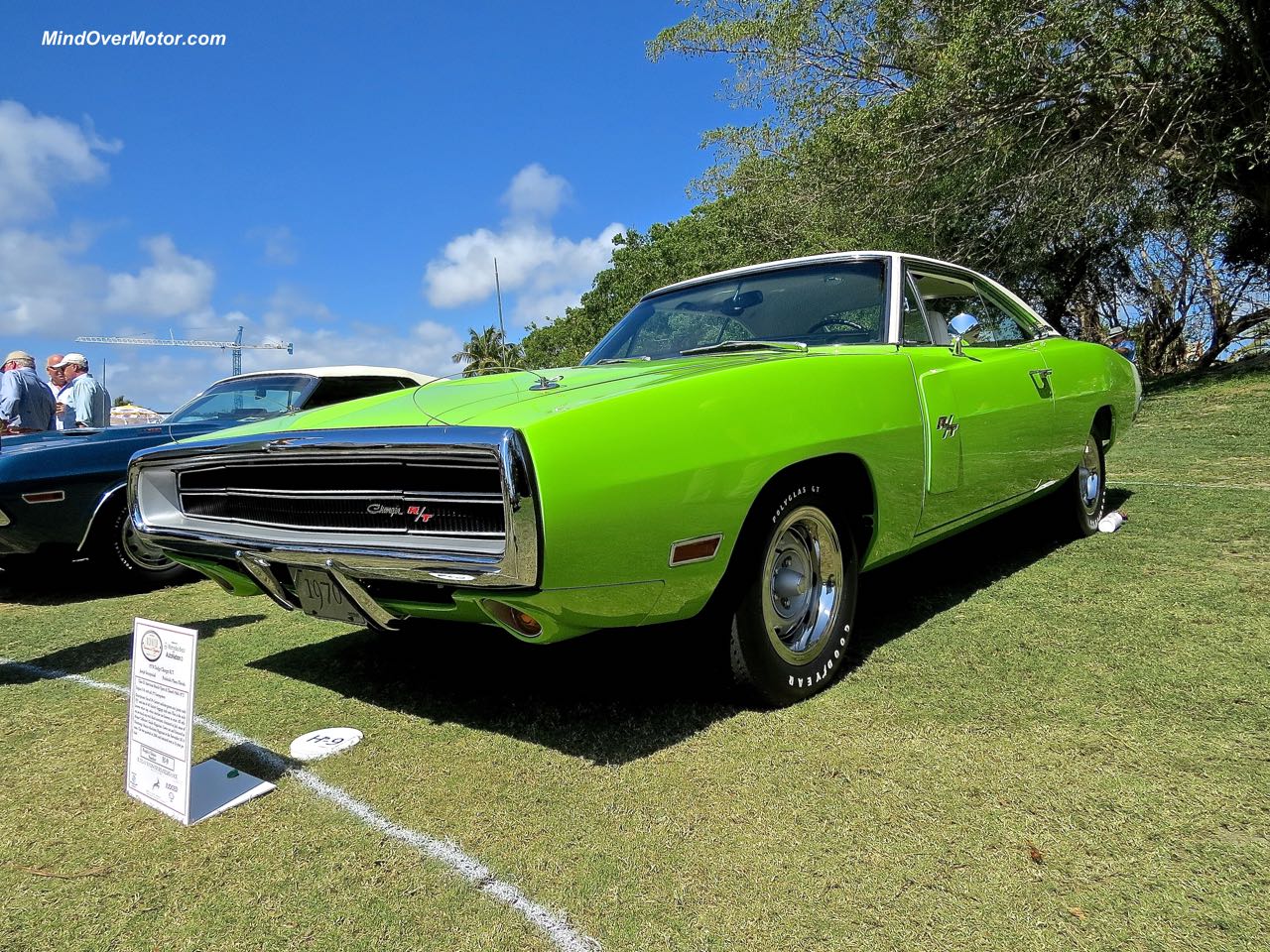