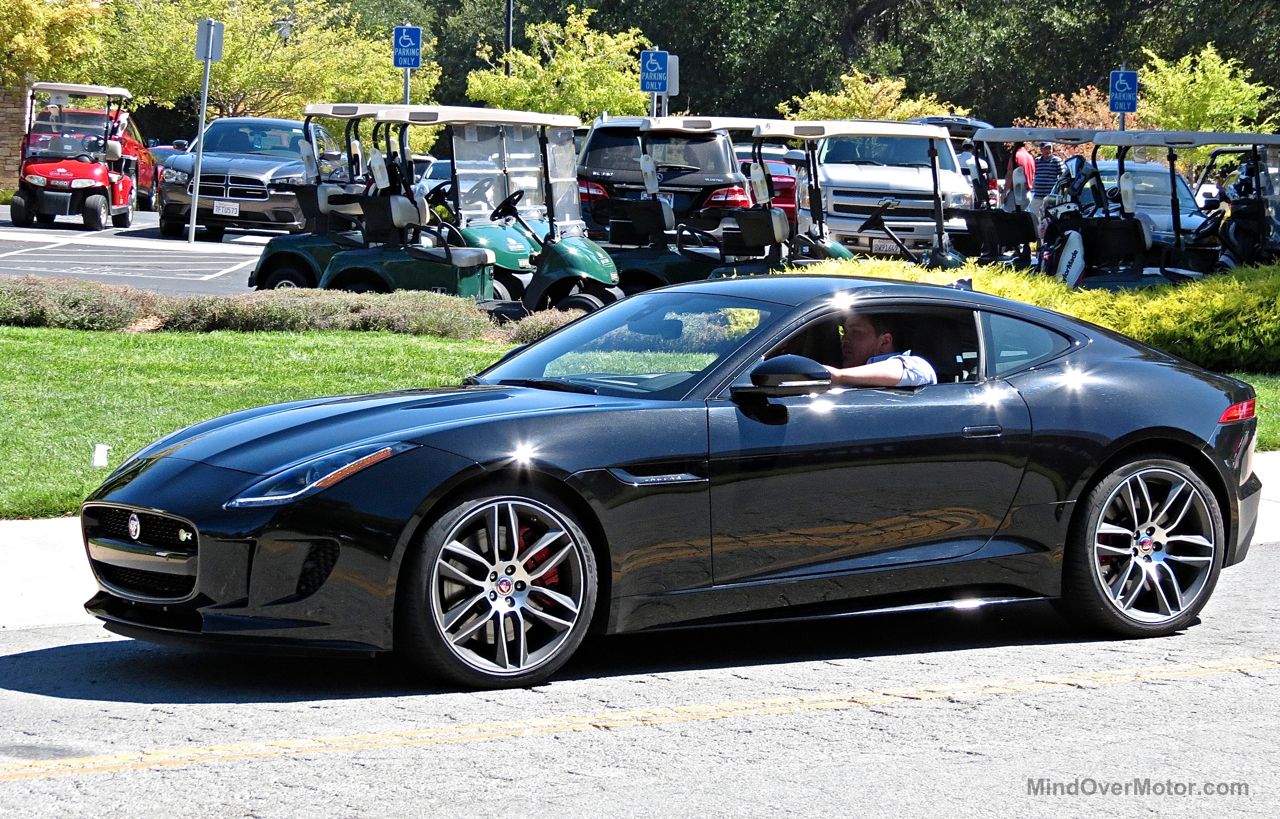 The Porsche 911 has traditionally been the king of luxury sports cars, but the current generation has become way too expensive and is fairly forgettable. 911 Carrera S models start at $100,000 and can top $150,000 with all the options you want. For that kind of money, don’t you want something with a little more impact?

The Jaguar F-Type is a relative newcomer, and it has a hell of a lot to offer for very reasonable money.

In either RWD or AWD form, though, the V8 Jag F-Type is a hugely desirable car. To the extent that I might argue it’s the best luxury sports car (or “Sports Grand Tourer”) to buy right now, overall. 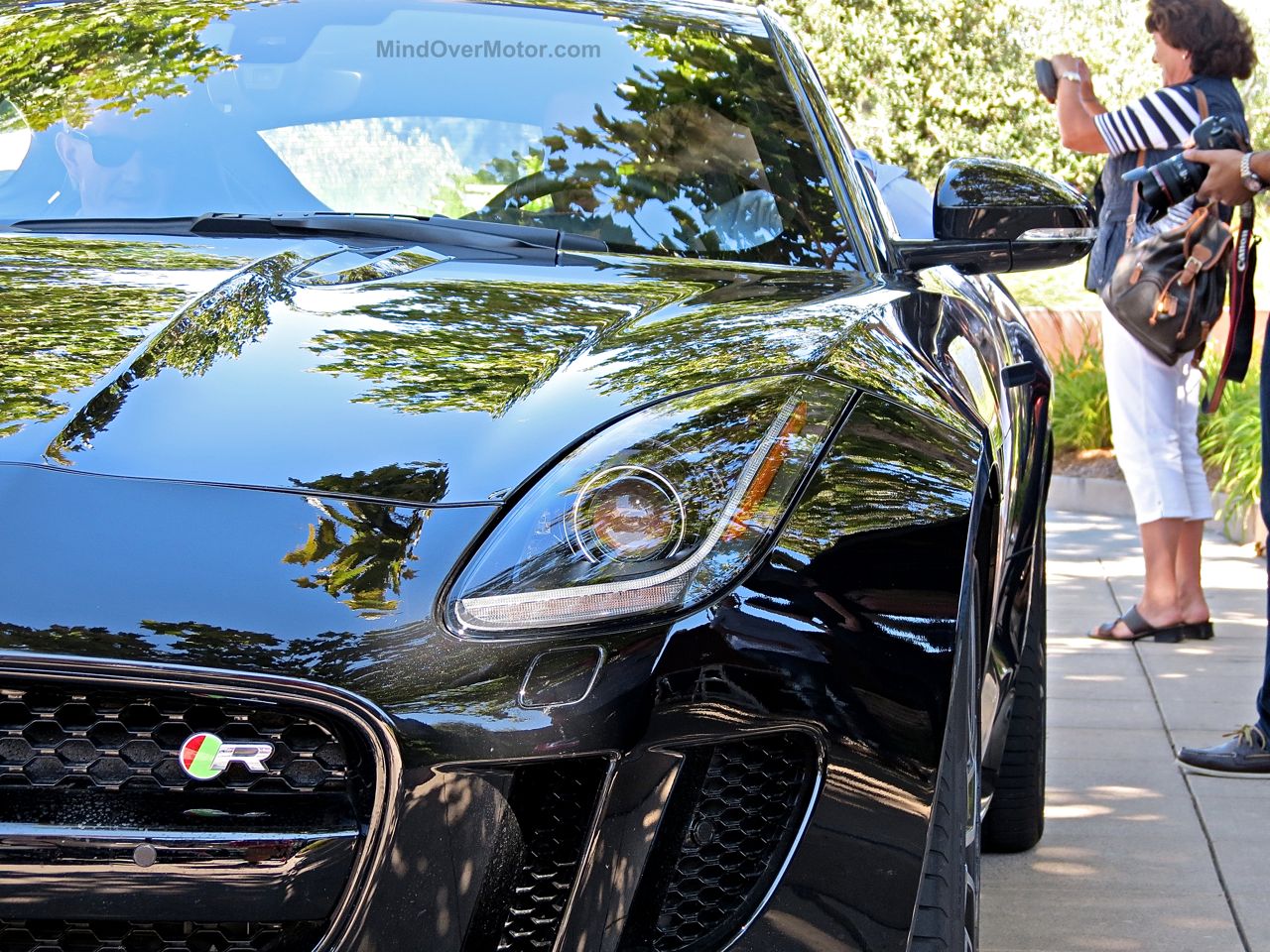 -It Looks the Business
Although, side-by-side, I still don’t think the F-Type has quite matched the style of a Series 1 E-Type, there is no denying that the F-Type Coupe is striking handsome. I definitely prefer the looks of the coupe to the roadster, and the coupe even gives you a little more trunk space, for what it’s worth.

I love that the F-Type is the sort of car that both a Bond Villain or 007 himself would drive. It has that suave badass appeal that many of us McQueen-wanna-be’s lust for.

Furthermore, I think the F-Type has just the right level of visual prowess. It’s far more remarkable than a Porsche 911, and will surely turn some heads around town. But at the same time, it’s not so exotic-looking that it will attract excessive, often annoying, amounts of attention on the street.

-It’s a Beast
With 550hp on tap from its supercharged 5.0L V8, the F-Type R Coupe definitley hauls ass when you put the foot down. The engine is nice and responsive, and it really hits like a sledgehammer when you open the taps.

I really like having this sort of excessive performance in a six-figure car because it helps justify the price tag. If there’s one thing I didn’t like about the V6 F-Type, it was that it just didn’t feel like enough car to justify almost $100 grand. The V8 F-Type surely fixes that issue, though, in fact, it feels like a bargain.

-But It Can Also Be a Pussycat
The brutality of the F-Type R’s performance is enthralling when you want it, but the car is also happy to just cruise around. It has the sort of “have your cake and eat it too” character that has permeated most high-end sports cars these days.

I like this do-everything ability in some cars, but I absolutely hate it in others (looking at you Porsche GT3/GT3 RS). For me, the Jag is well suited in its wide dexterity as a car. It isn’t pretending to be a race car, so it needs to be able to relax a bit.
Much of the F-Type’s well-roundedness comes from its ZF 8 speed automatic gearbox. It shifts satisfyingly hard when you’re accelerating with vigor, but it’s also smooth as silk when you’re stuck in traffic. 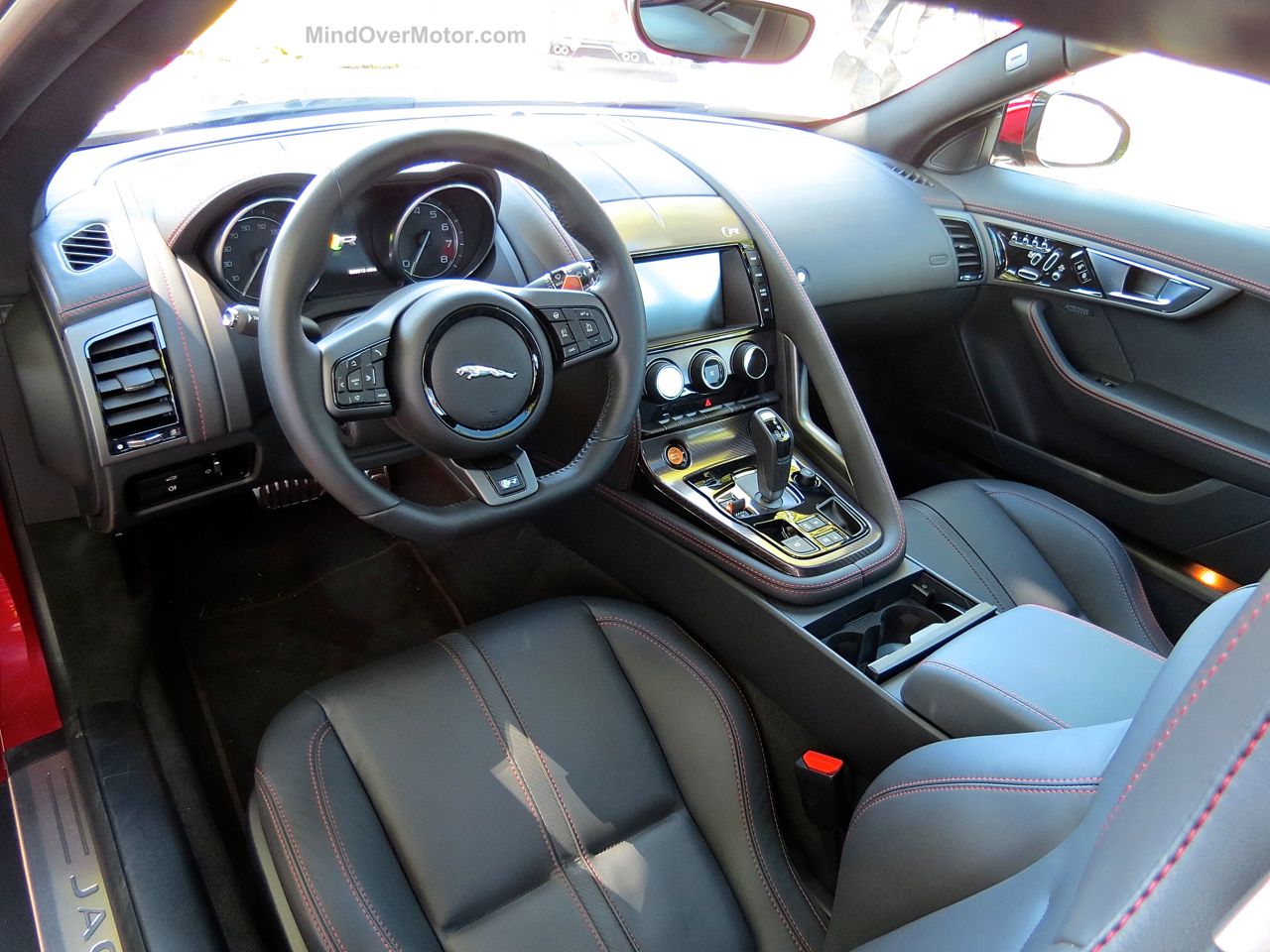 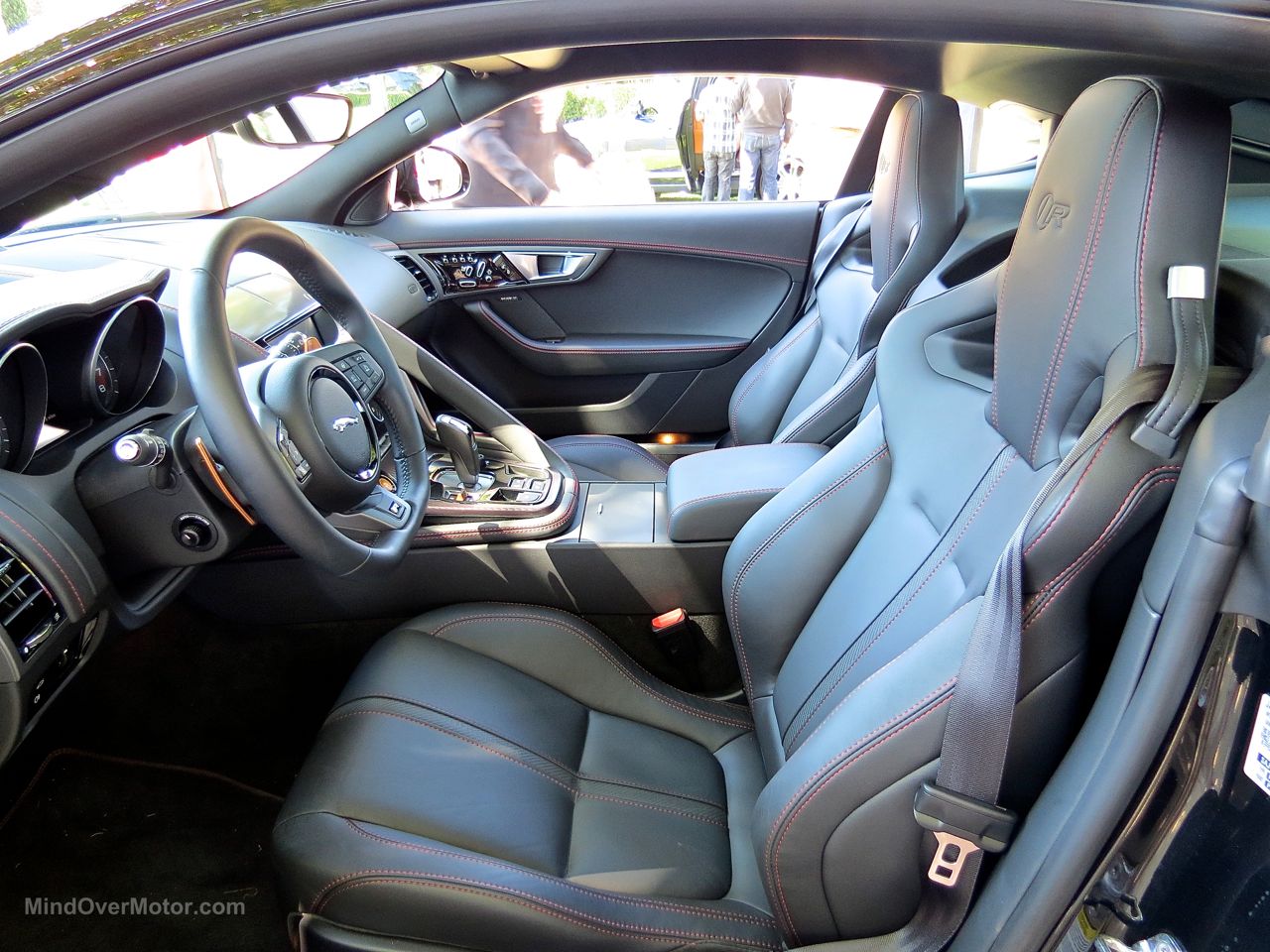 -A Happy Handling Medium
I won’t play around here, the F-Type is not the delicate driver’s car that the Porsche 911 is. At the same time, it also definitely isn’t a big luxury cruiser like a BMW M6 or a Mercedes S-Class Coupe. The F-Type sits in a happy medium, with a lively, nimble feel. It doesn’t give you every nuance of the road, but it is still quite energetic, accurate, and exciting in corners.

-Ferocious Noise!
Most of what you pay for in a high-end car is the theatre of the experience. It’s not enough that a car just be quick, it has to roar!

Jaguar has done a brilliant job tuning the exhaust sounds that the F-Type makes. It even dumps some fuel into the headers so you get loud pops and bangs every time you take your foot off the gas. Sure, it’s by-design, but it’ll send shivers up your spine, every time! 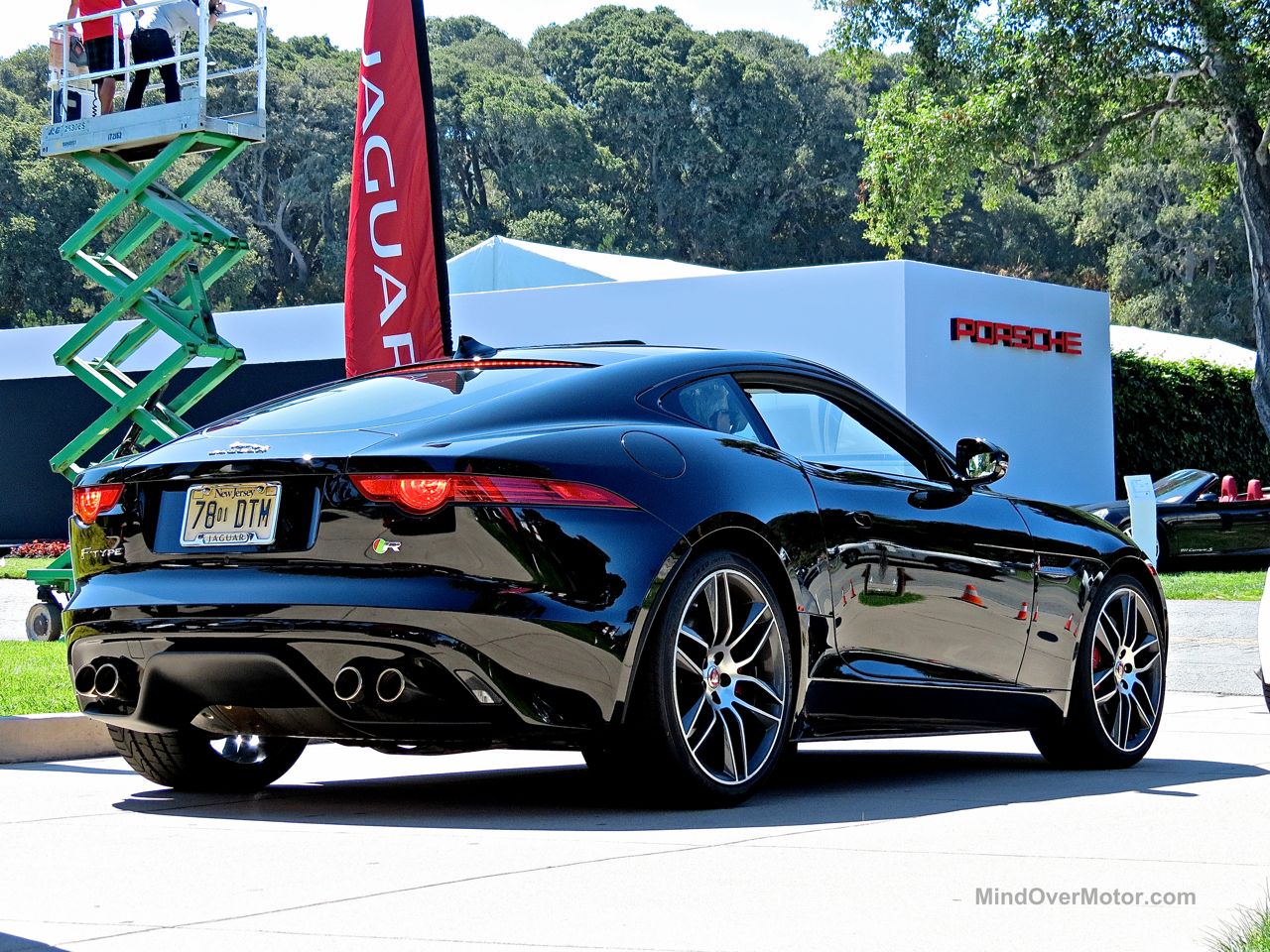 -Modification Potential
550hp is quite a lot of power, far more than enough to get yourself in serious trouble with. But you didn’t get rich by being content with what you’re given, so why start now?

Hennessey did some basic upgrades to an F-Type R Coupe and got it up to a mighty 624hp. Not bad for spending a few extra grand, and more power is surely possible with more upgrades. 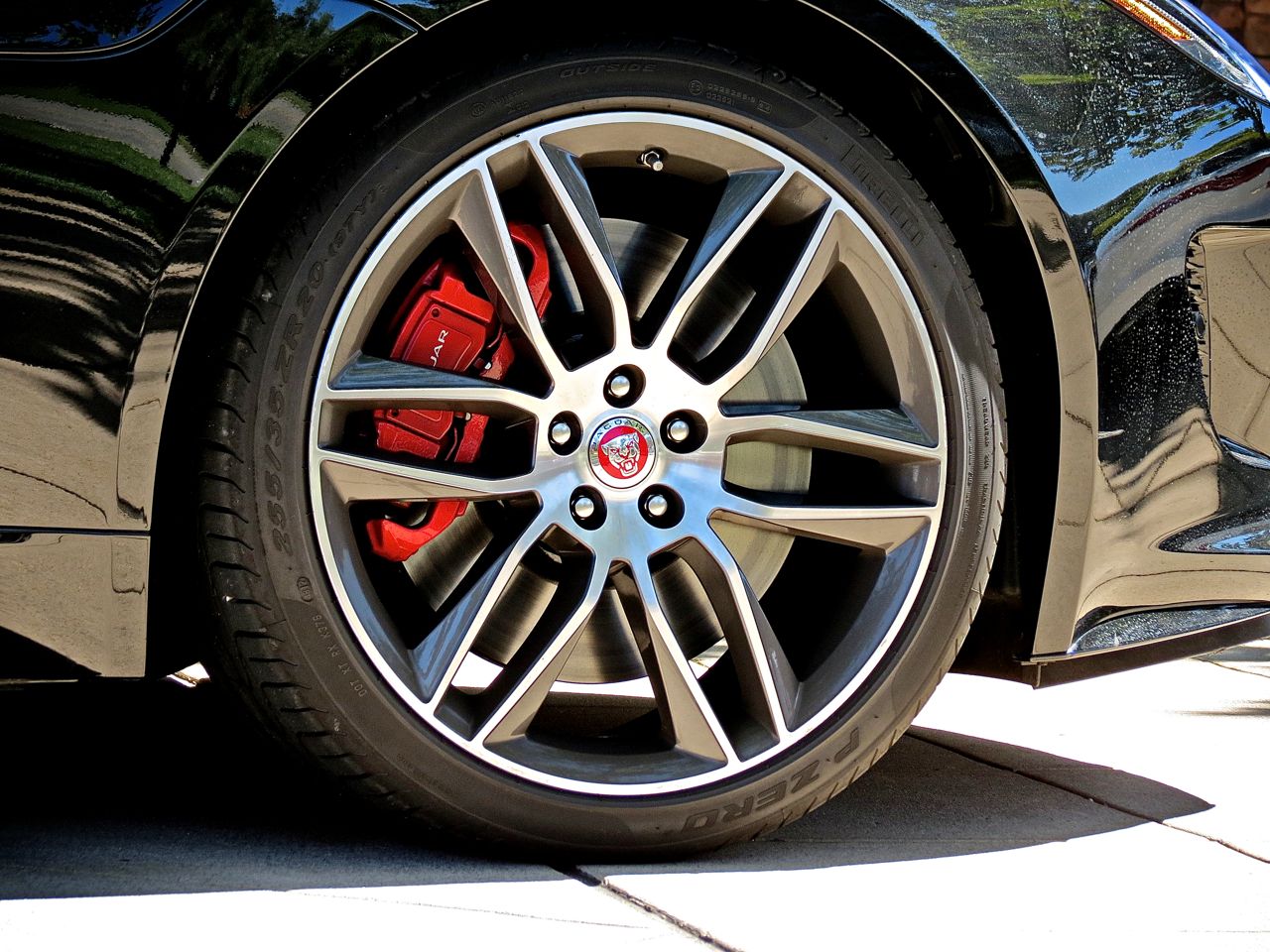 I have to nit-pick here, because the F-Type is a really great luxury sports car, overall.

-I Wish The V8 Came With a Manual
Yes, I know, it’s a tired argument, but that doesn’t mean it wouldn’t improve the car for people who actually want to drive it.

-AWD Only Will Neuter Some of the Excitement
But only for those of us who want to do antisocial things, like drifting through intersections, or scaring the the living shit out of passengers. For everyone else, the AWD will only help them put that 550hp to better use.

-Depreciation
Jags have a long history of not holding their value, and while the F-Type may be the most desirable Jag in a long time, don’t expect to preserve the money you spend on it. Having said that, the 2015 RWD F-Type R Coupe may hold it’s value better because of the switch to AWD for 2016. The RWD cars will be sought after by those of us who want to shred tires! 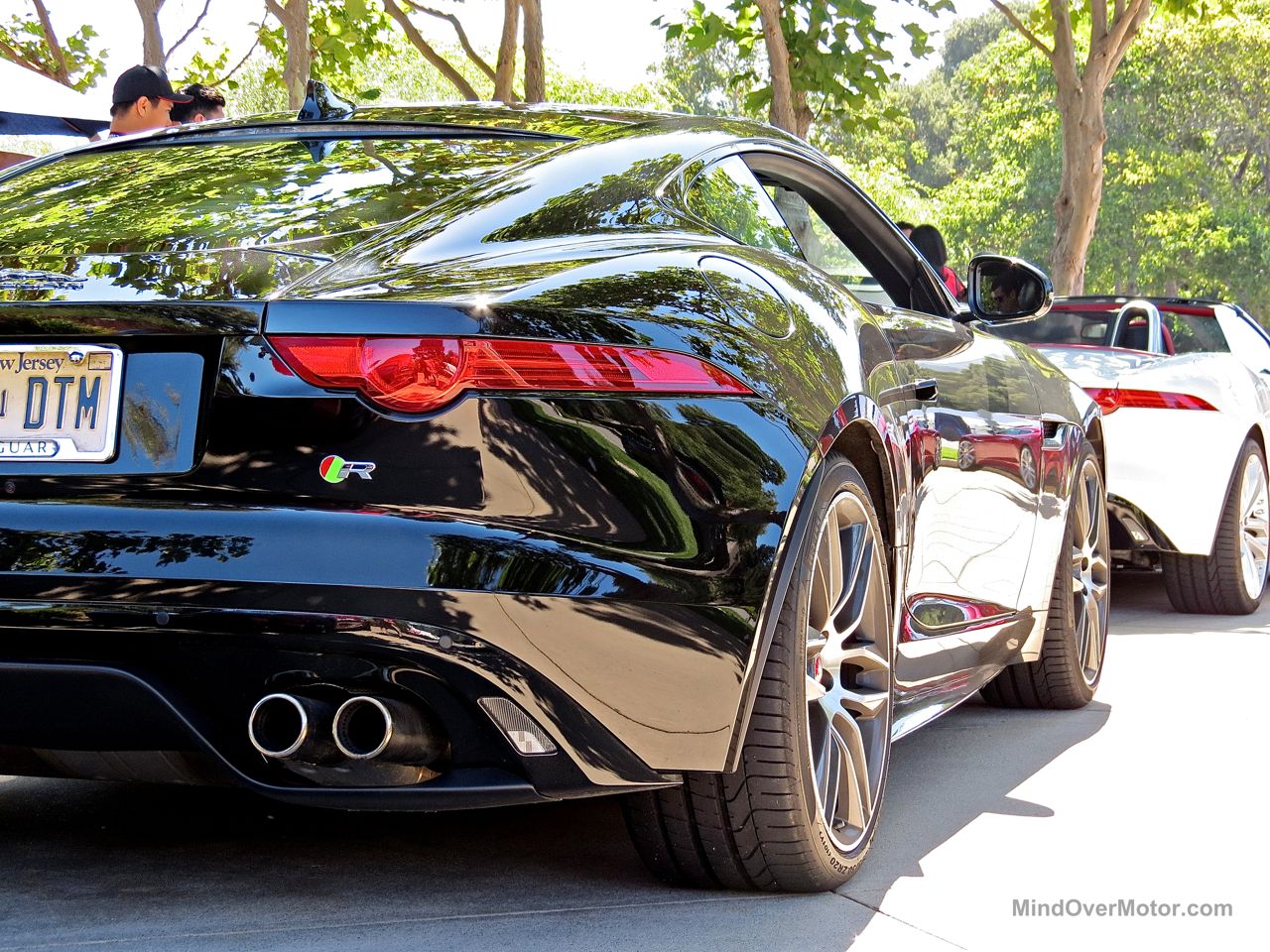 Lets set the total budget at $120,000. If it were me buying, I’d consider th following cars along with the Jag.

-Audi R8 V8 (Base Price: $116,000)
A proper exotic, for better and worse. But I wouldn’t want to spend six-figures on a car that’s just going to disappoint everyone, which it will when they find out it’s not the V10.

-Chevrolet Corvette Z06 Fully Loaded (~$110,000)
Way faster than anything else on this list, but not as refined an experience. The Z06 is basically more of a track-focused car. If that’s what you really wanted, then you probably wouldn’t have even considered an F-Type to begin with.

-Used Ferrari 575M Maranello ($90,000-$120,000)
The wild card of the bunch, but there is no substitute for a Ferrari if you want a Ferrari. That said, the F-Type is probably faster, definitely a lot cheaper to run, probably more reliable, and definitely much more modern. Like the Vette, if you really wanted a Ferrari, you probably wouldn’t be considering a Jag. That said, a modded F-Type would be about as quick as a Ferrari 599 for the same money as a 575M. 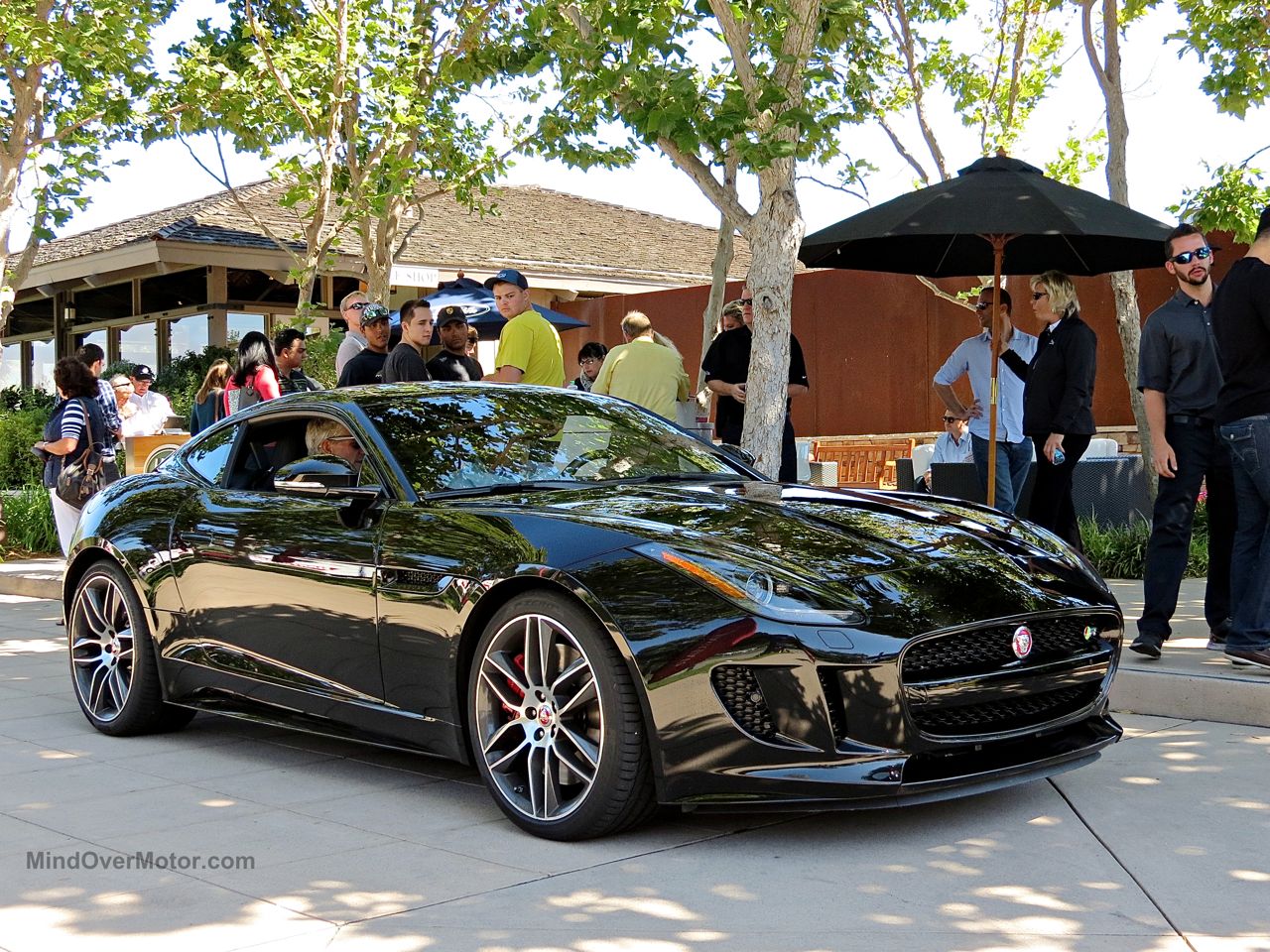 Look at all of the cars on that list, and then look at what the Jaguar F-Type has to offer. It’s a pretty enticing package on a $120,000 budget. I wouldn’t need to go nuts with options so the full $120,000 would include the basic 624hp mods as well. Then I’d have quite a solid sports grand tourer. Something with serious speed, sumptuous refinement, and seductive style.

It sounds a lot like what the Jaguar E-Type brought to the table in the 1960s, so that means the F-Type certainly is true to its rich heritage. The real choice is between the F-Type Coupe and the F-Type Convertible. If I were just going to use it for short thrilling drives, I’d probably go with the vert, but if I planned to actually drive longer distances, then I’d get the coupe.

Either way, it’s a great buy.