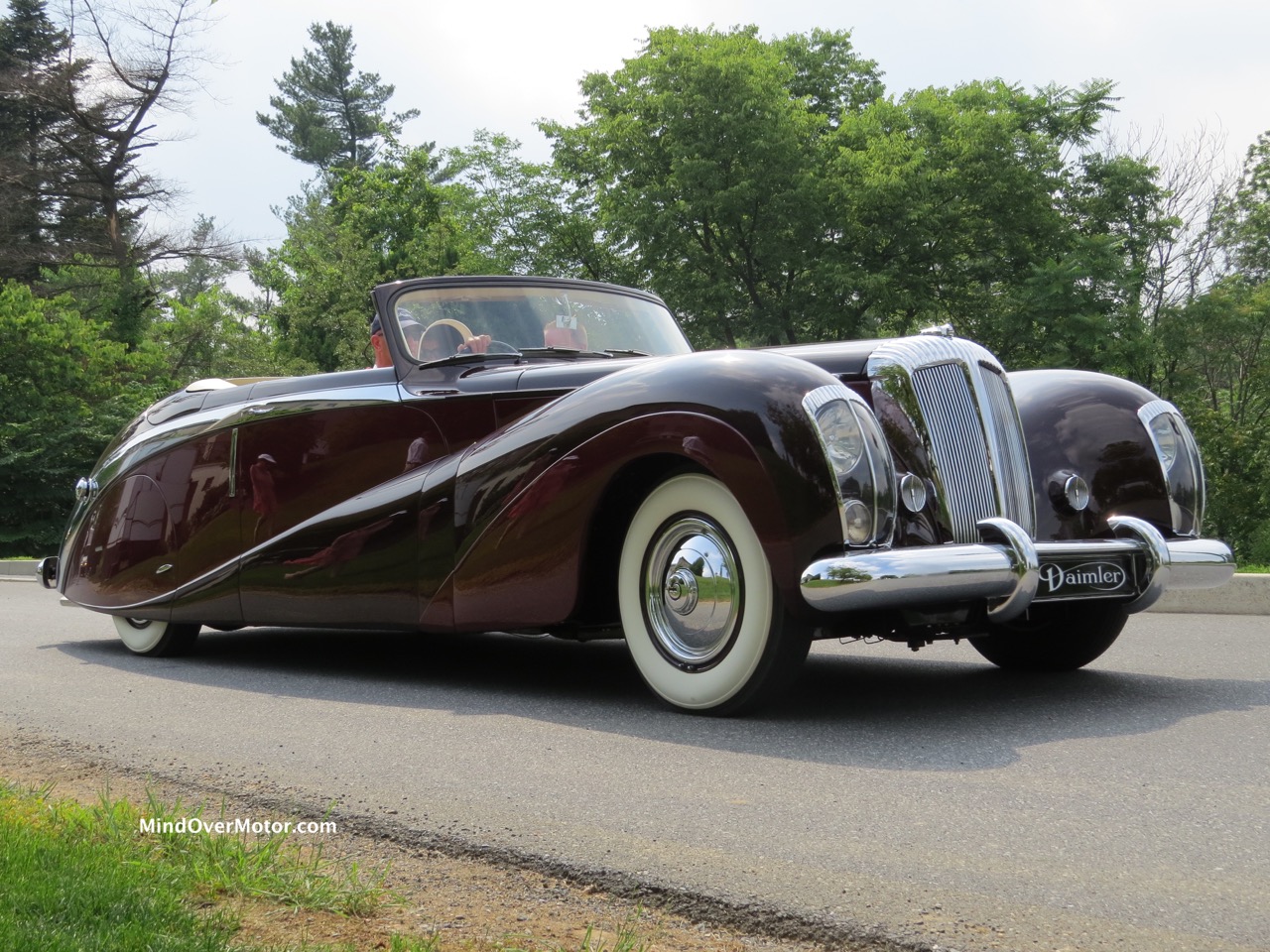 When it comes to large cars, everyone thinks that good old America is the king. Well, they usually are, until someone else finds a way to top them. Luckily, it doesn’t happen that often. Not so luckily, it’s usually something absolutely mind-stomping when it does. Say hello to this award-winning, Machiavellian, Super-Sized Daimler DE-36 drophead coupe, which won best of show at Hershey last month. Nick saw this at Pebble Beach when he was a teenager and immediately made mention of its show-winning cred on the West Coast. 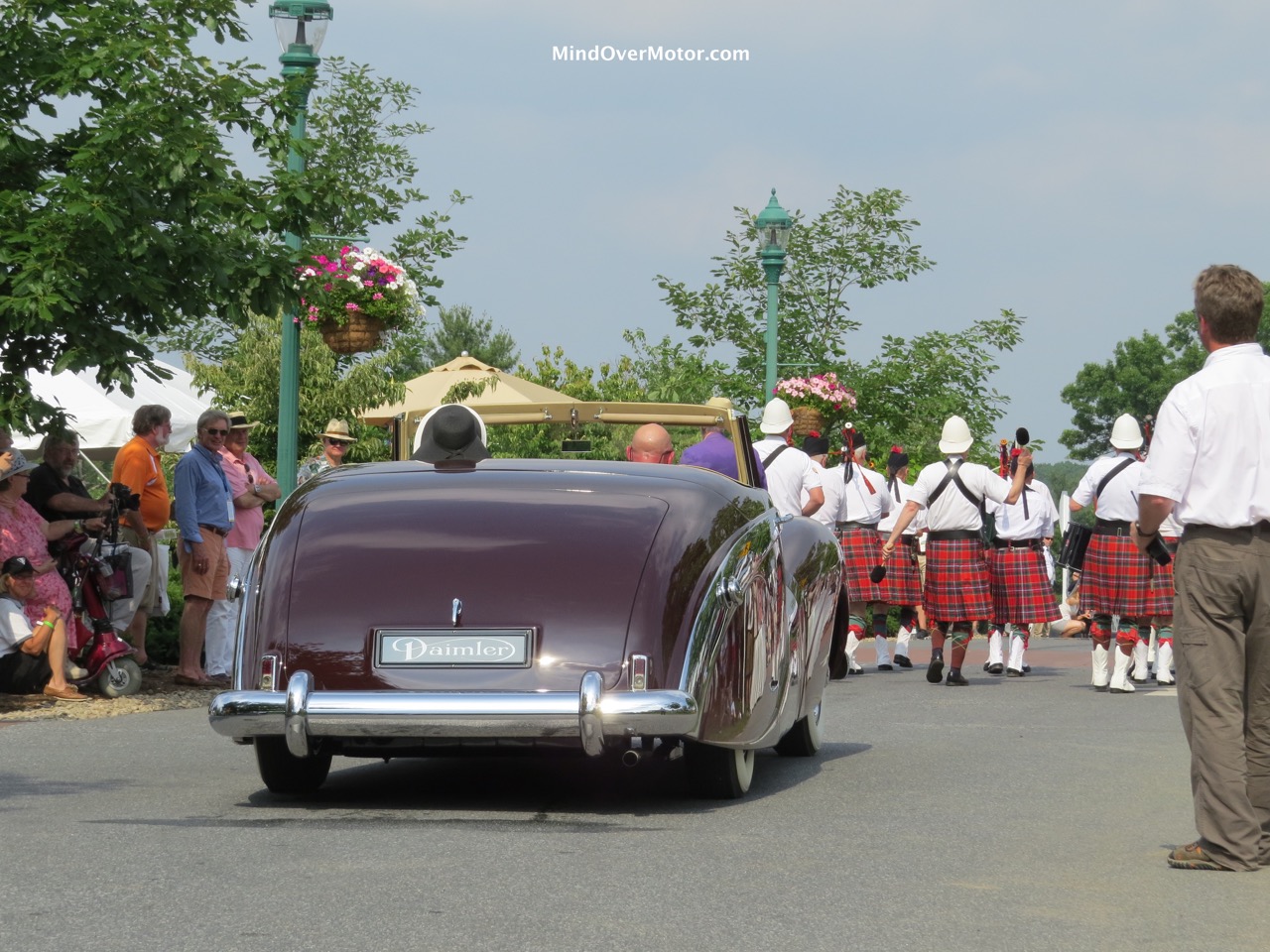 Show-winning cars on one coast have a funny way of repeating their action once they come back across the Great Plains, Rockies, and Appalachian Mountains. This one certainly did, and with its swooping lines, intricate interior craftsmanship, and a shape that only a stogie-sporting big-wig Hollywood producer (Ya got moxie, baby! Moxie, I tell ya’z! You’s is gonna be a star!) could ever pull off, this enormous Daimler is brash, pizazz, and a lot of flash. Enjoy the photos of this rarely-seen classic beauty from the hotel where everything smells like chocolate–The Hotel Hershey. 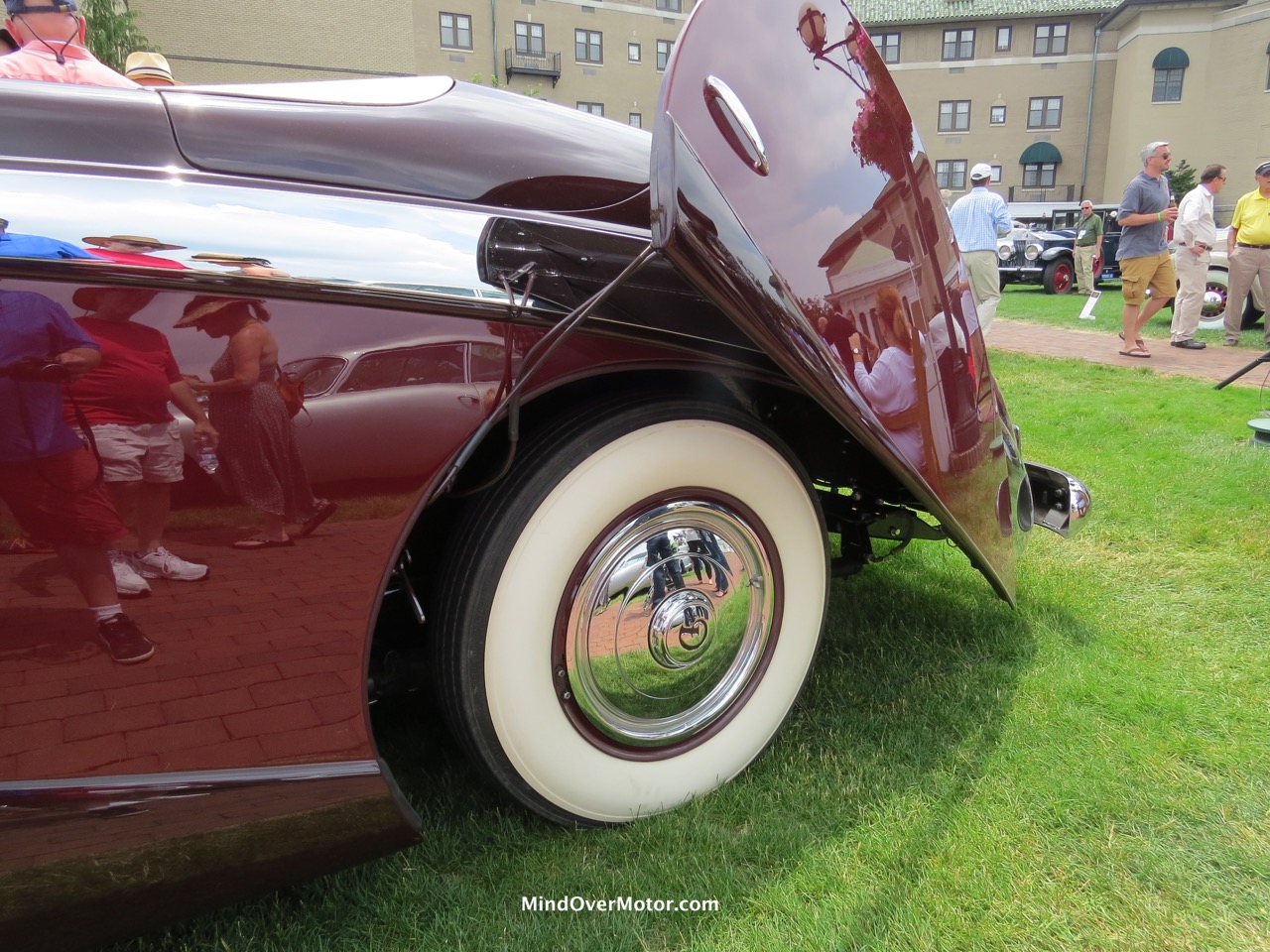 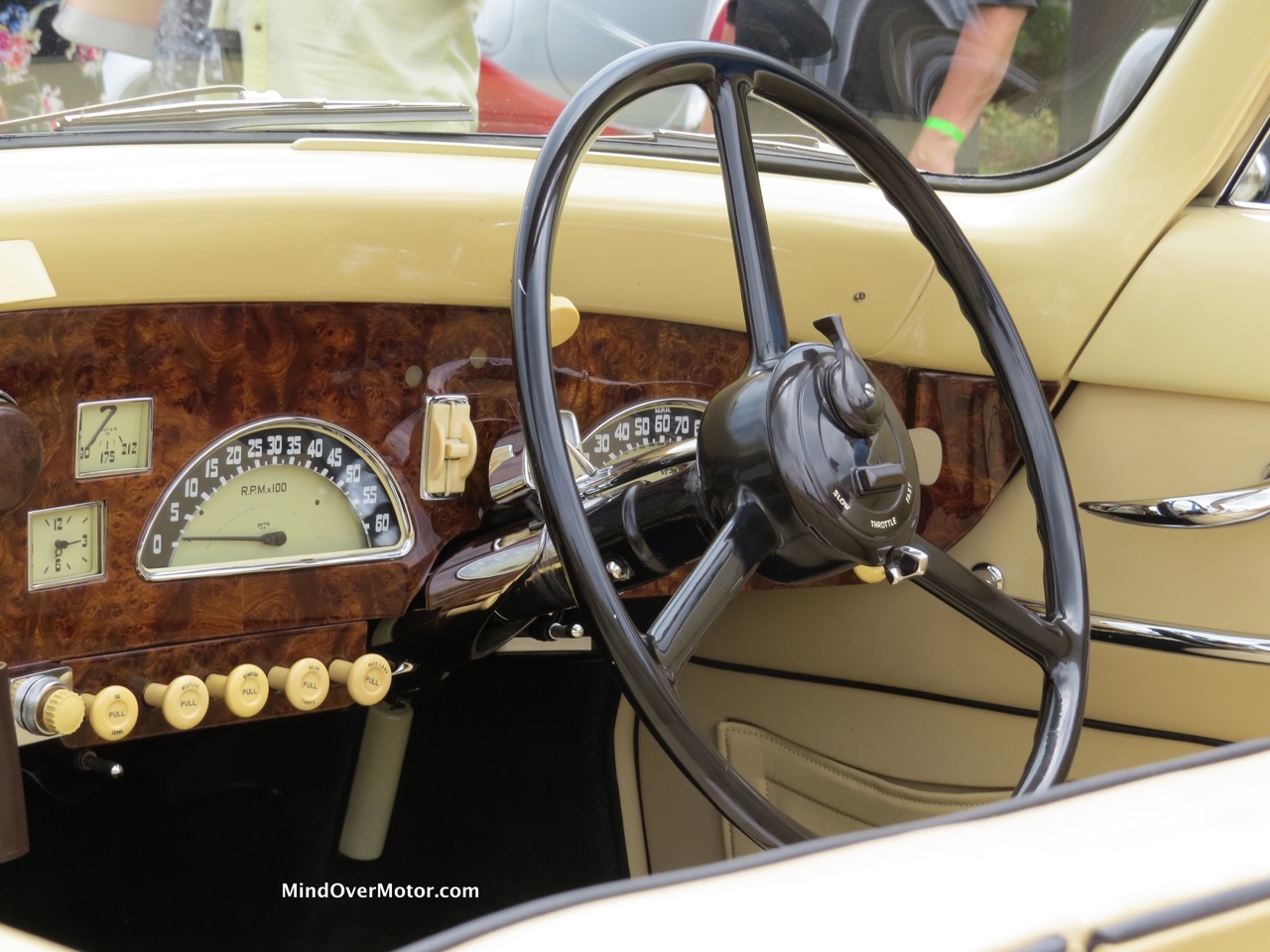 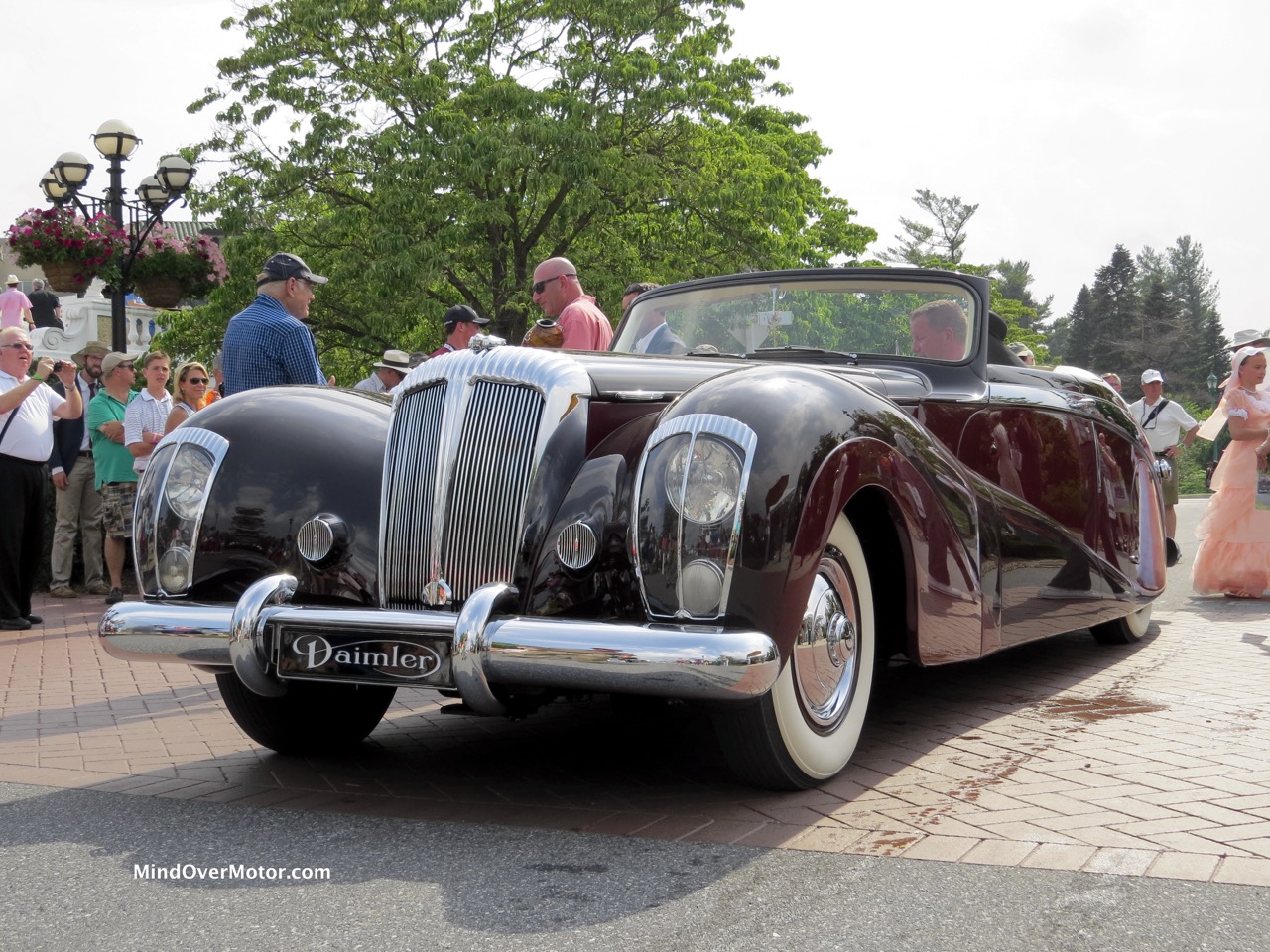