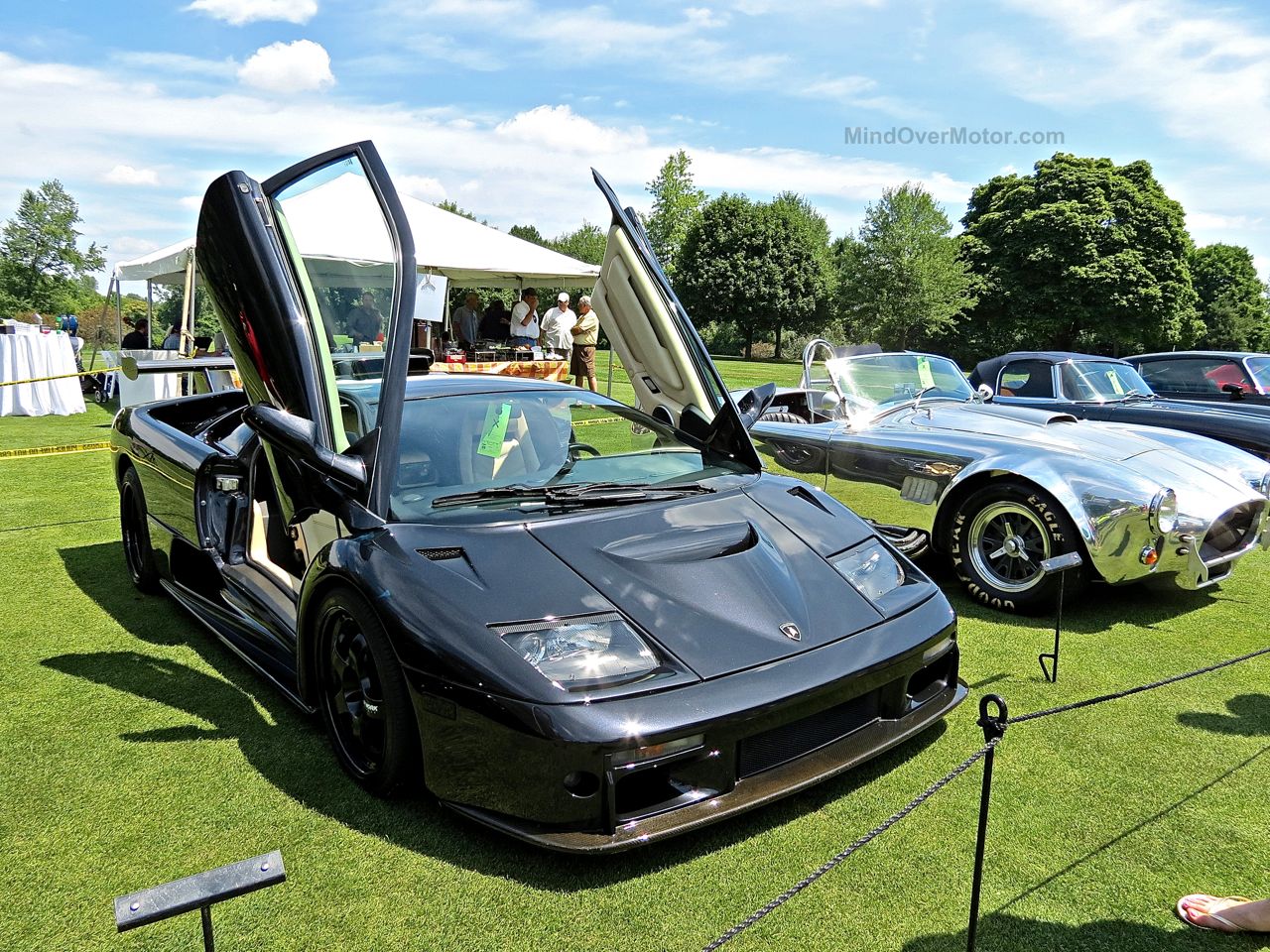 For Lamborghini buyers wanting a racing car experience on the road, the Diablo GT is the daddy of all Diablo models. Changed and upgraded in almost all ways pertaining to performance, the Diablo GT was basically a road-going version of Lamborghini’s Diablo GTR.

Of note, its V12 engine was enlarged to 6.0L from 5.7L, and power increased to 575hp from 530hp. The Diablo GT is rear-wheel-drive to save weight, and features a stripped-down interior. Power reaches the wheels via the same 5 speed manual transmission found in other Diablos, but buyers had the option to customize their gear ratios.

Lamborghini only built 80 Diablo GTs, making this a very sought-after car. The car was never actually sold here in America, so it made seeing this one at the Concours d’Elegance of America very special – this is the first Lamborghini Diablo GT I’ve ever laid eyes on.

What I really like about the Diablo GT is that it was a Lamborghini racing car for the road in the era when that still meant something serious. Today Lamborghini makes similar such models, SVs and Superleggerras, but they’re really more marketing gimmicks than actual racing cars that demand sacrifices from their driver. All it really means today is that there is carbon fiber on the door, instead of leather, and that some of the excessively artificial understeer has been dialed out of the handling. Oh, and if you want to row your own gears, you can forget it, paddle-shift is the only option.

I don’t want to knock the current Lambos too much here, though, because they are incredible machines. But incidentally, a Diablo GT was recently sold for $475,000, right around the same ~$500,000 that a new Aventador SV will set you back. So with that in mind, and a half-million dollar hole burning through your pocket, which extreme Lambo would you spend the money on?

Enjoy the photos of this most epic Diablo! 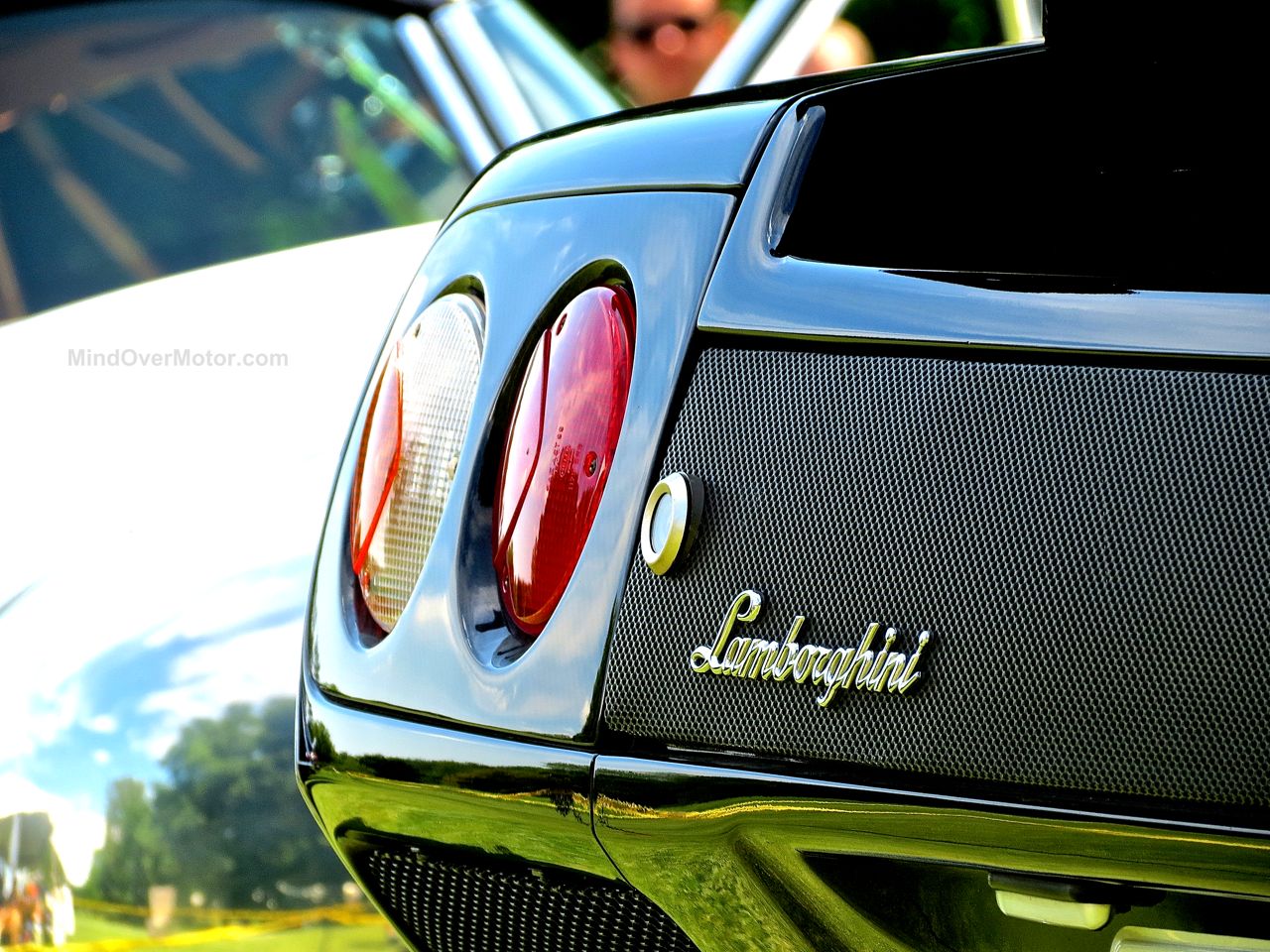 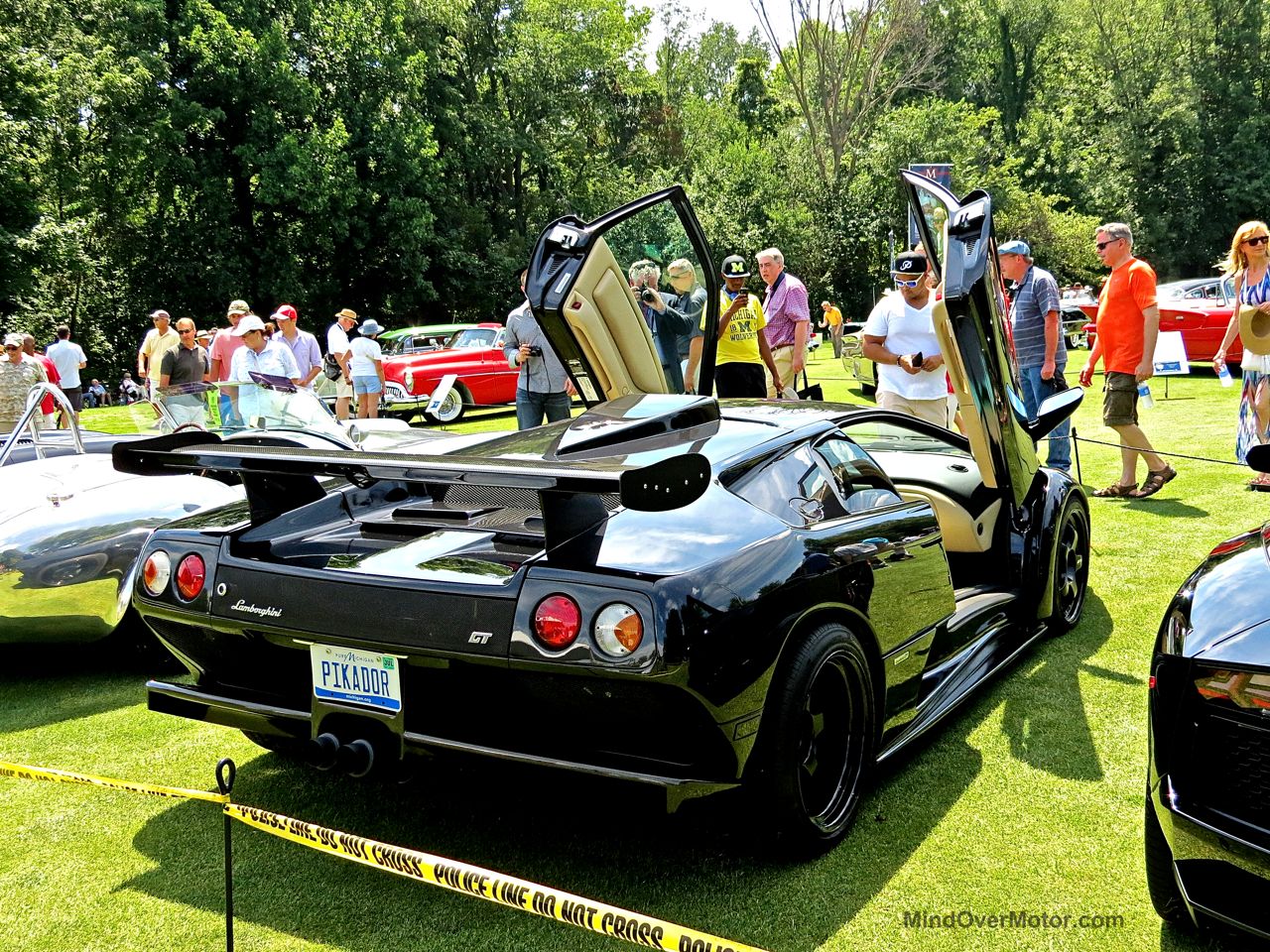 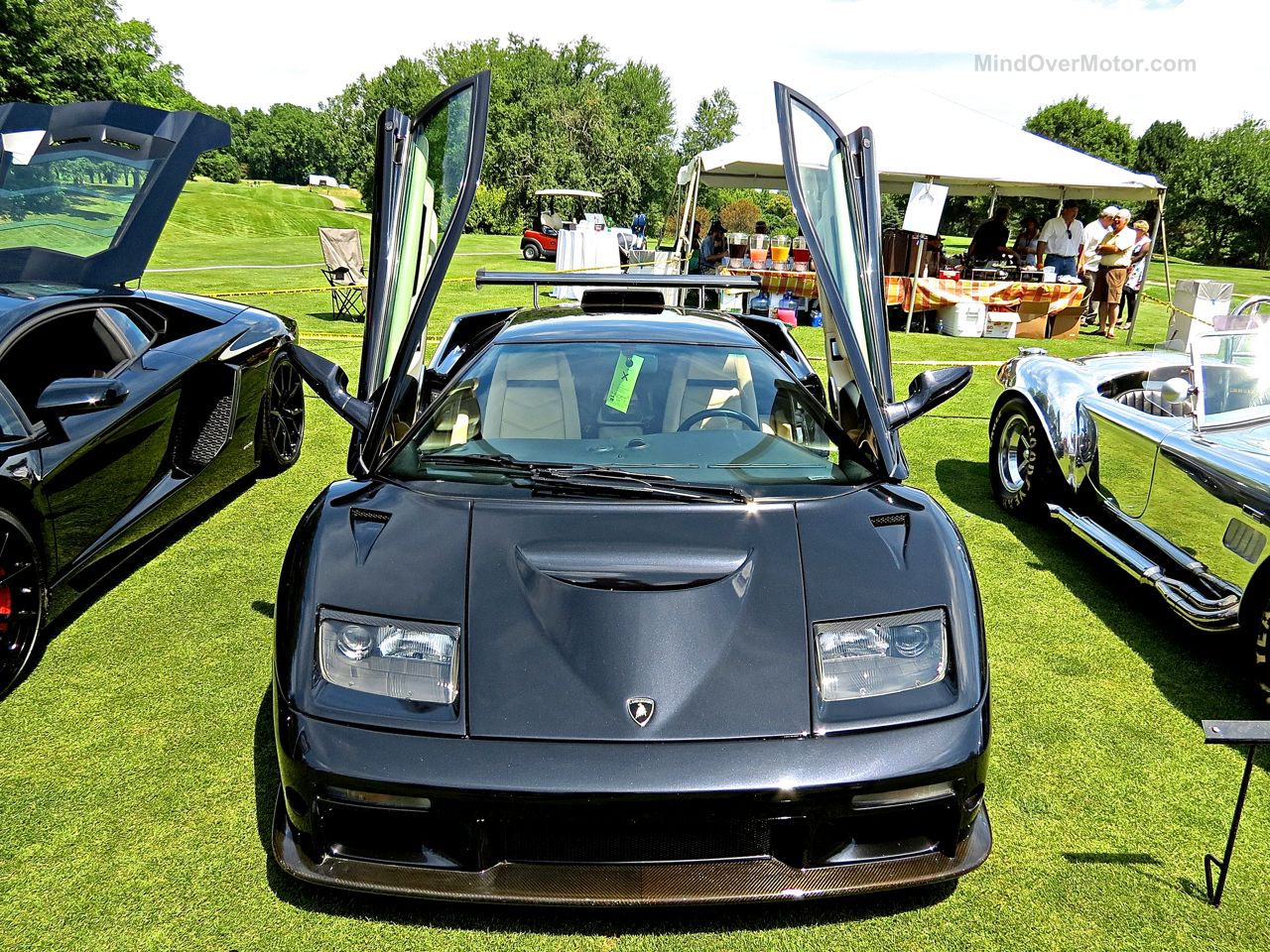 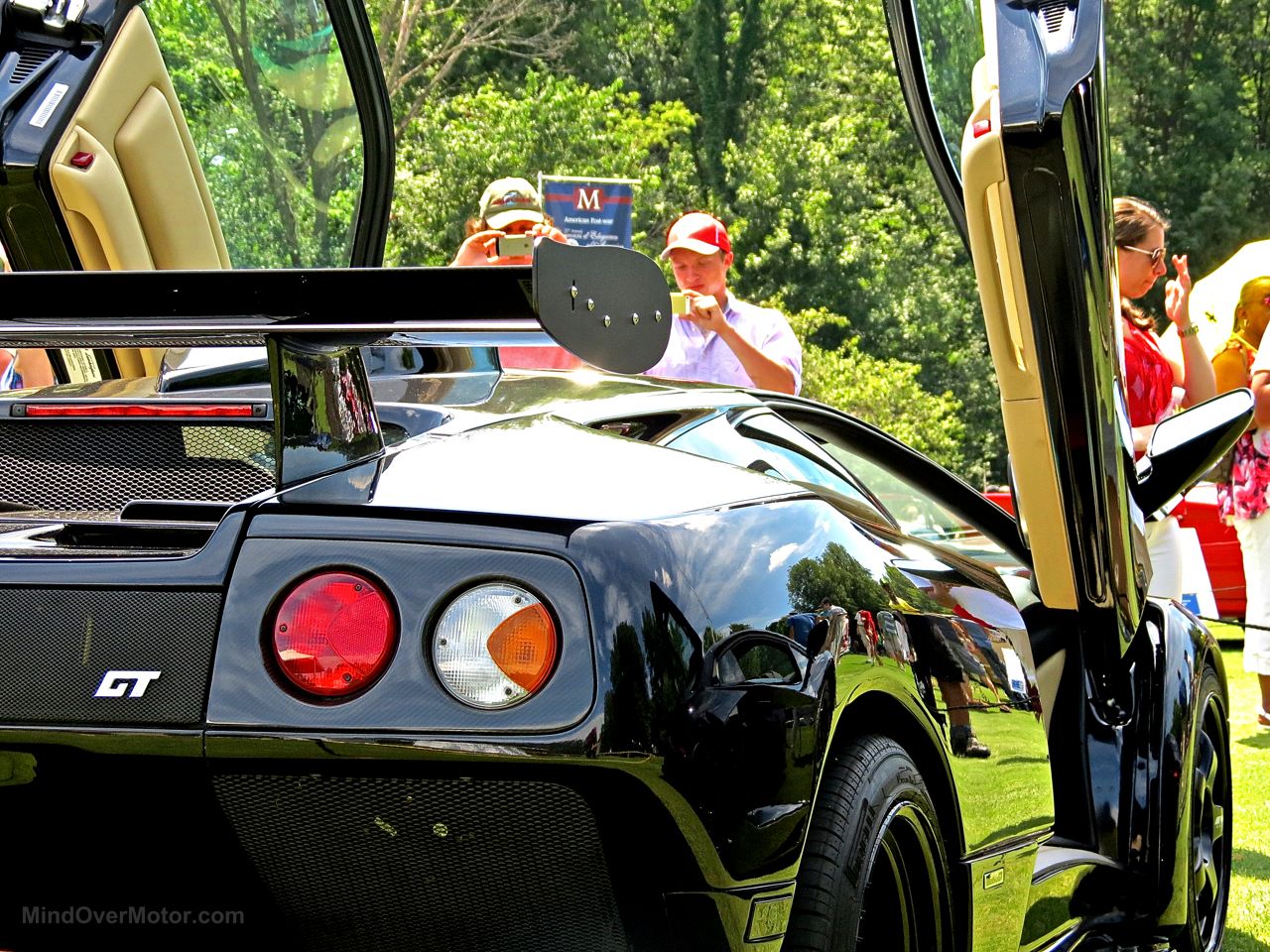 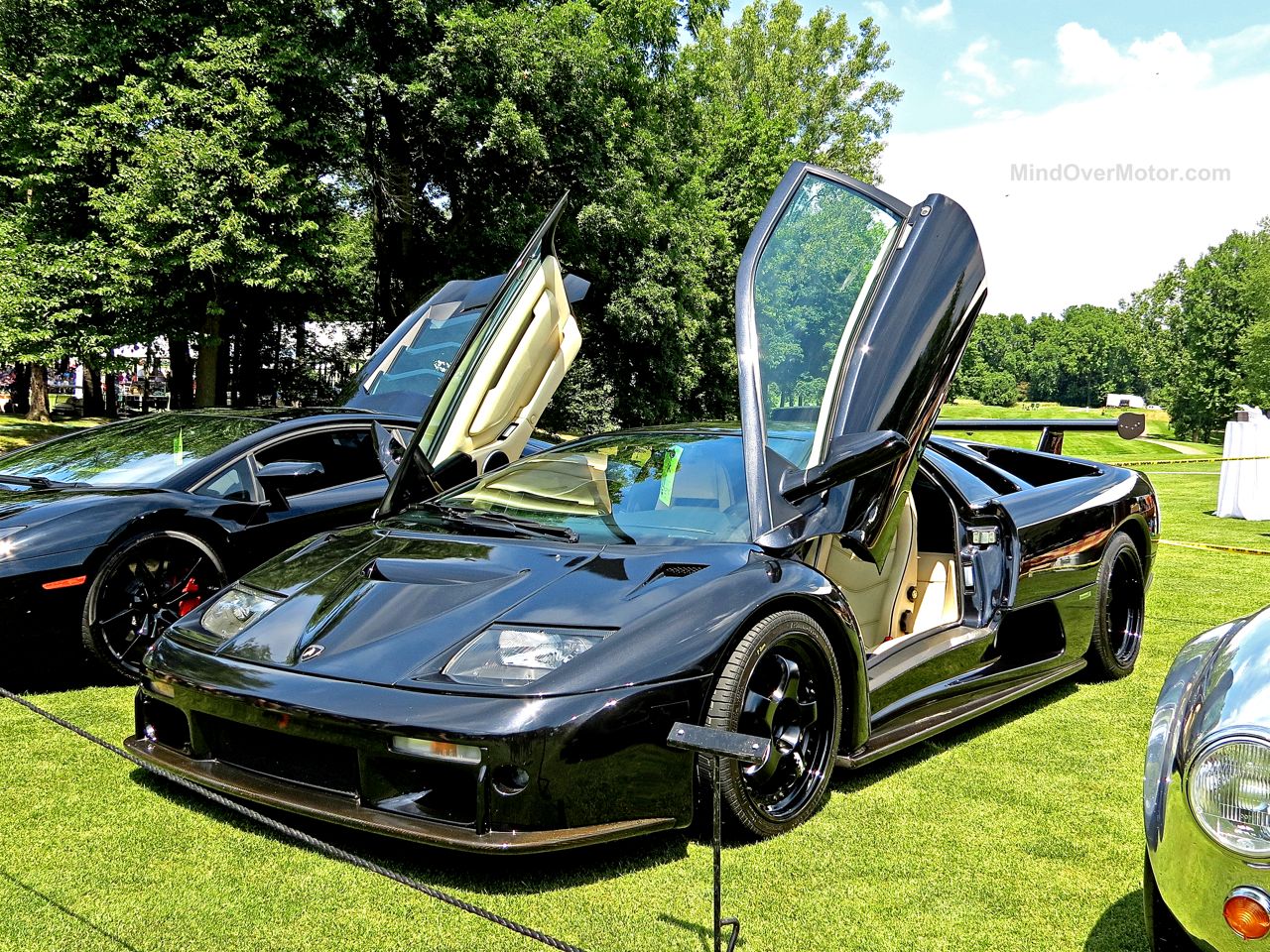 2 thoughts on “Lamborghini Diablo GT at the Concours of America”