It’s late July. You’ve just gotten back from the latest business meeting, and the Mets traded for Cespedes today. You’ve got five hundred bucks burning a hole in your pocket, and a friend says, Odds are 100-1 on the Mets being in first place within a week of the trade. And because you won the bet, you’ve got $500,000 to spend on some cars. But, since you work full time, you’d better buy one car for each day of your work week. New cars and used are allowed–but used cars need to be within 200 miles of Central Jersey. Here’s the answers, both from me, and from Nick. 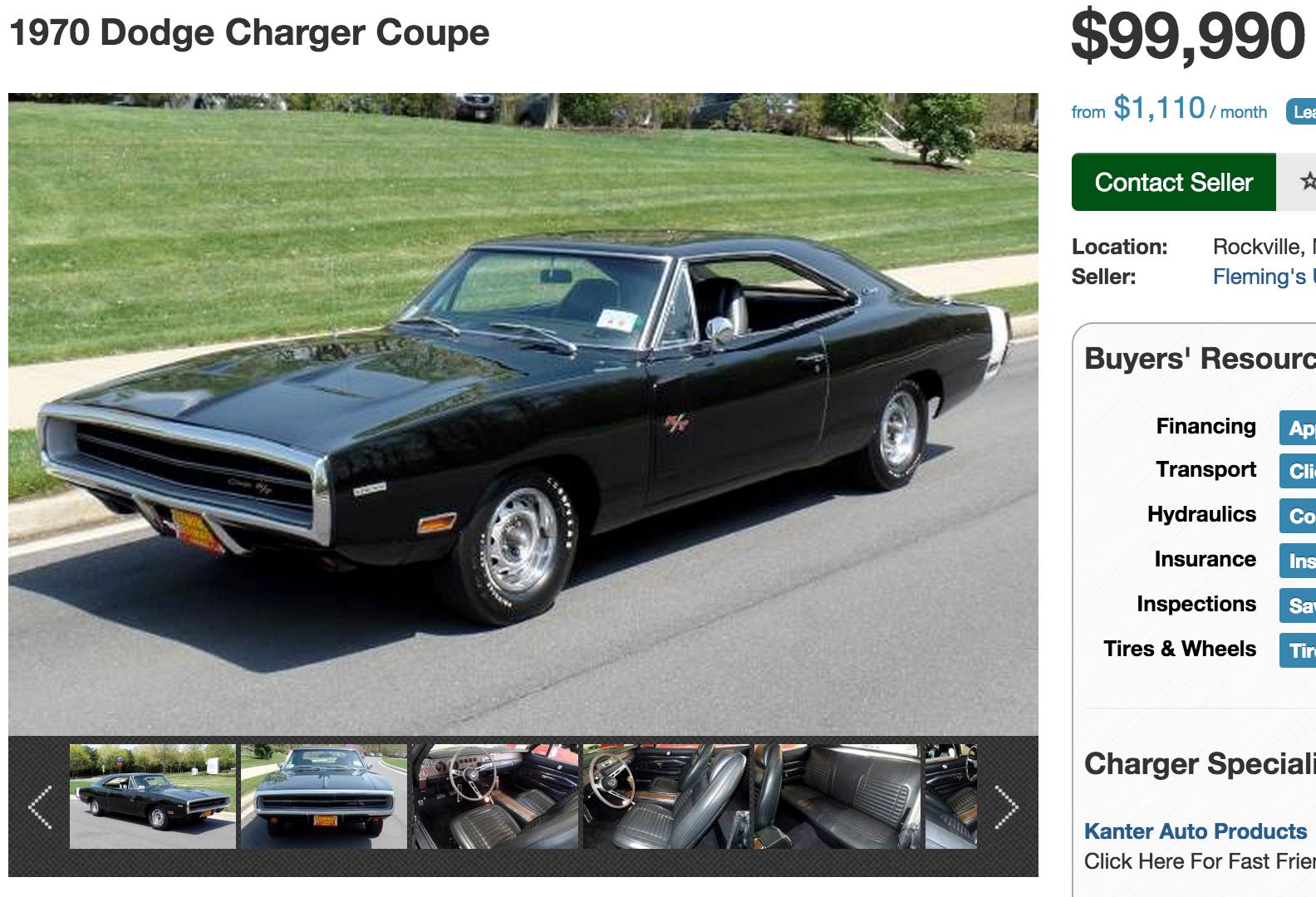 On a whim, I decided to go after a classic Mopar muscle car. Again. This is becoming, quite quickly, a habit of mine. I love Chargers, and this 1970 model represents the top of the muscle car era, just a year before everything began to go backwards into mediocrity. It’s packing a 426 Hemi (correct engine for the VIN), the 4-speed manual, and a mean black-on-black color combination. This is for doing burnouts on the way to work, and donuts on the way out. It’s pure evil. 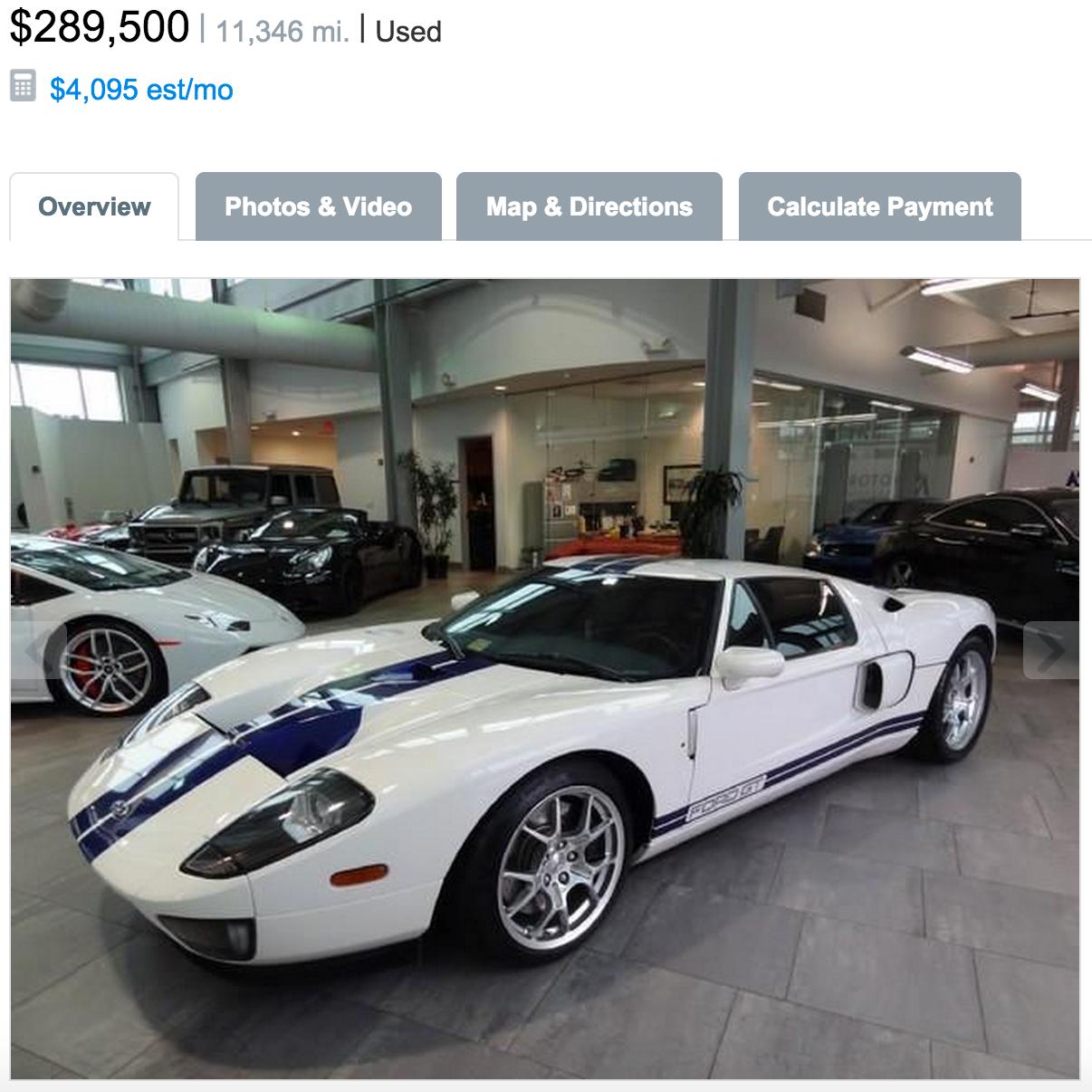 I wanted a supercar. This is for the days when I’ve got clients to impress, and I need something ostentatious, over-the-top, and uniquely American in flavor. With its white paint and over-the-top blue racing stripes, show me another GT that looks this fantastic. 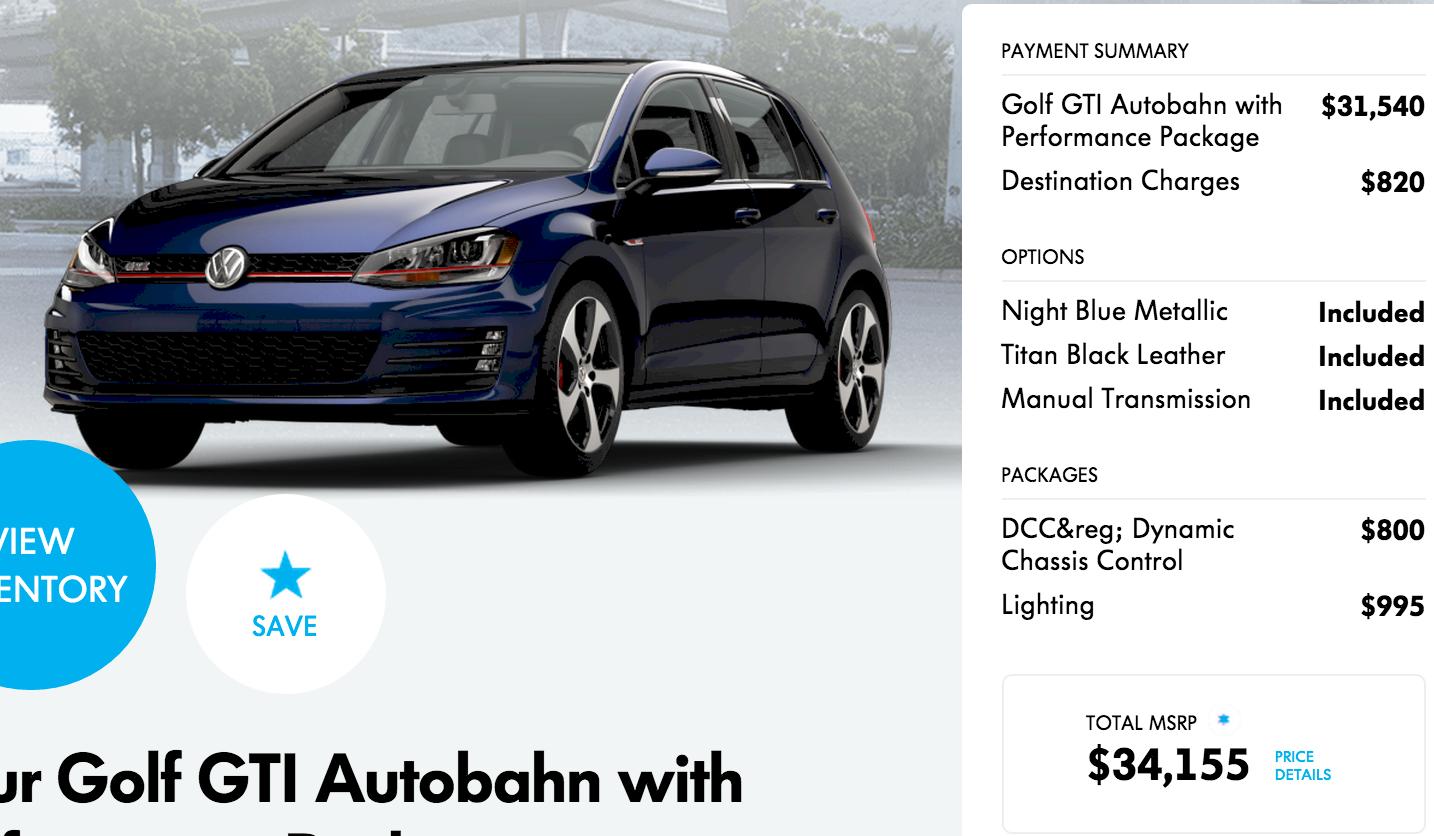 Here’s my daily driver. This one’s packing the six-speed manual transmission, but is the four-door body style with the Performance Package, Lighitng Package, and the Autobahn trim. It’s got most of the options, but doesn’t have the silly safety equipment that I didn’t want. I drove a tamer DSG non performance model last summer at Waterfest, and loved it–this is practical enough to haul around a birdcage when I have to bring the parrot to my parents’ place but still fun enough to drive all the time. 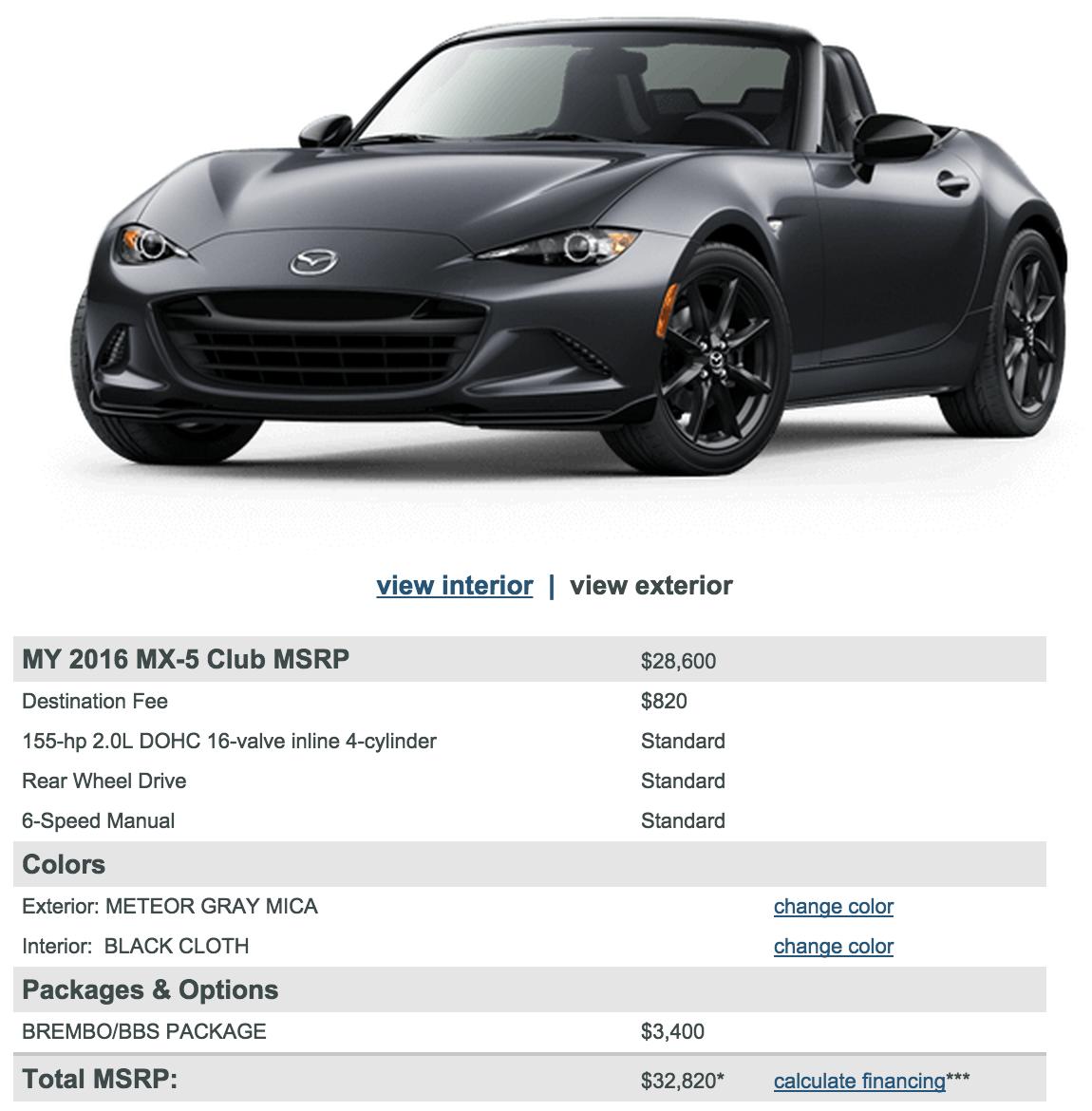 Ever since the new Miata launched, this NA owner has been salivating for a piece of the action. I’d go with the Club model and the BBS-Brembo package, just to keep it simple, and avoid all the extra riff-raff of the top-spec model. Add in the gray paint (which completes the stealth look) and here’s my nice-day toy when I’ve maxed out my credit cards putting gas in the Charger and the GT. I love the roadster platform, and this will keep me happy, but keep me out of trouble (or have a better time at doing that task than the Dodge). 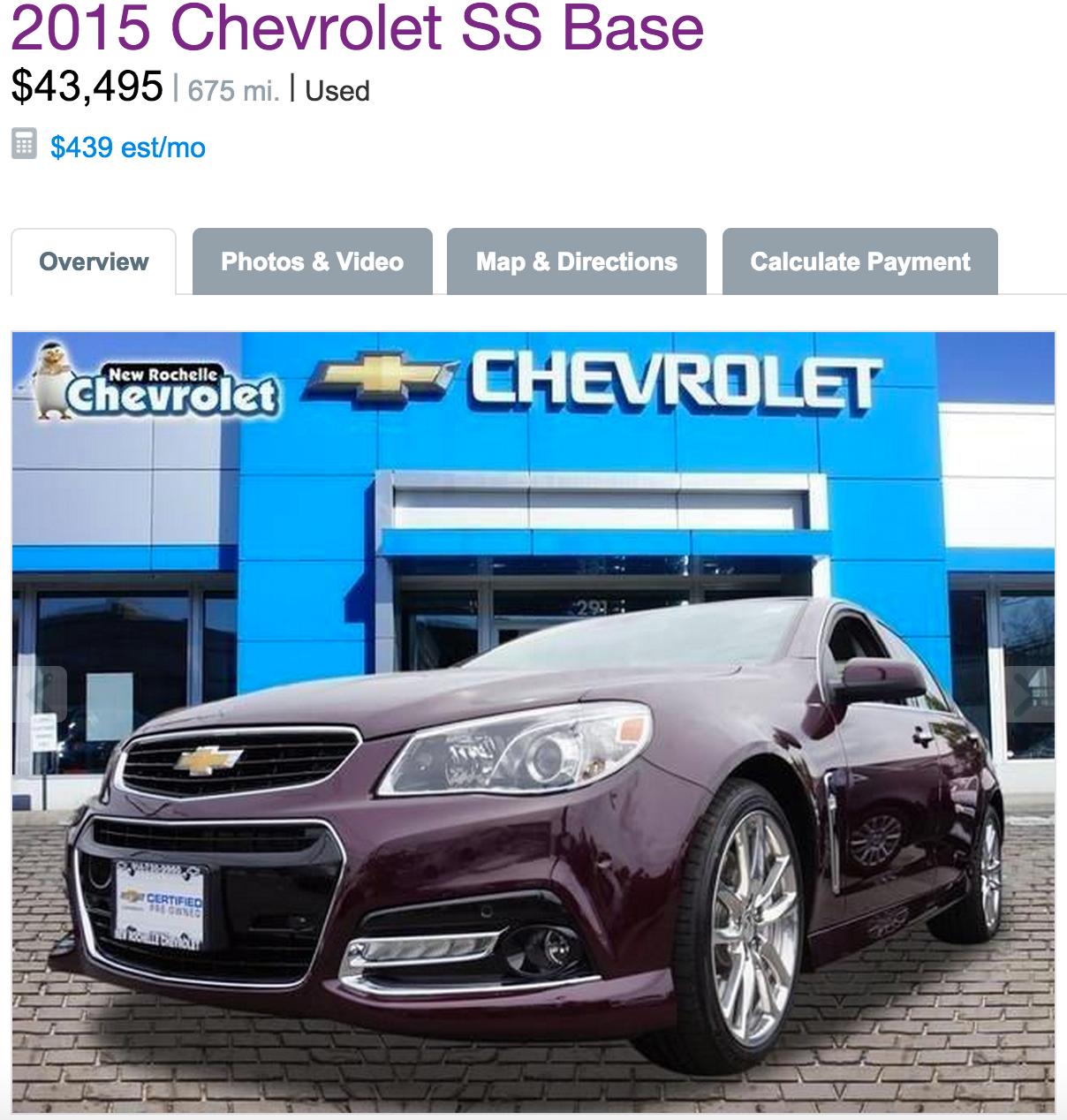 It’s almost the same as a new one, but this one’s special to me. I really like the Chevy SS. It’s got four doors, a big V8, and a manual transmission, and a factory warranty, for less than fifty grand. It’s not the CTS-V, and some think it’s a Malibu, but I don’t care. It’s cool. This one, in Alchemy Purple, is the perfect color–it’s like a brass knuckle wrapped in medium-end velvet. This is my modern muscle car, for when it’s cold out, but the weather is right for RWD and a V8. Or, for when it’s nice, but too humid for a roadster. It’s still a blast.

So, all my cars are about what I want from behind the wheel. They’ve all got manual transmissions, nothing here is AWD (which is unusual for me), and they’ve all got their charms and their limitations. Here’s Nick’s short list:

It’s fun within the speed limits, and an awesome way to spend a saturday afternoon.

A fast, fun, practical, Luxurious and versatile daily driver. Crossovers do make some sense for everyday….. even if they did murder the wagon.

One thought on “The Price Game: Mets Extra Edition!”