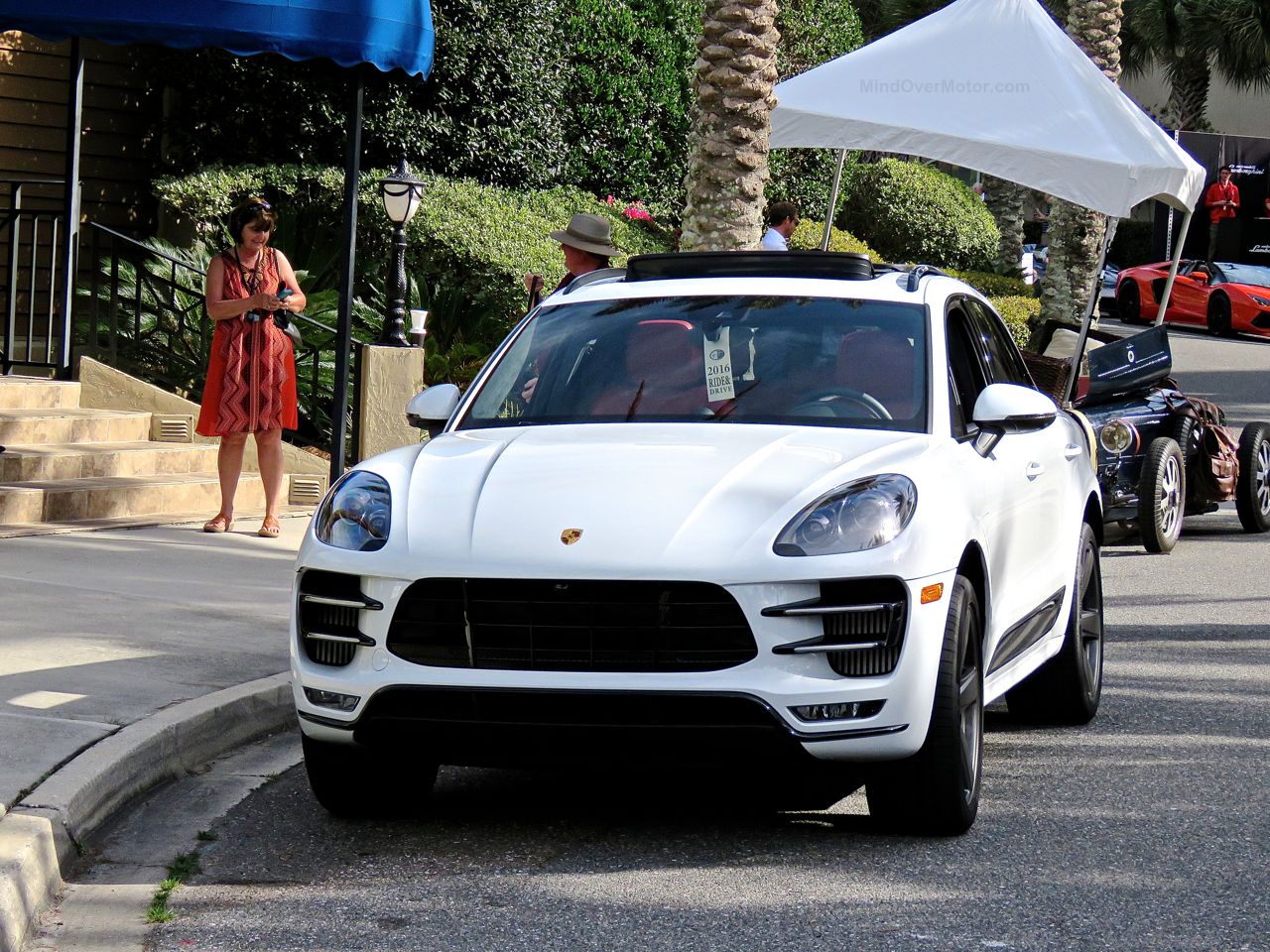 The Porsche Macan is basically a luxury rally car for the financially well-endowed, and the Turbo is the Mac-daddy of the lineup. It’s remarkable just how good Porsche has been able to make this car considering it shares its underpinnings with the very vanilla VW Tiguan. It took a while for fun to find its way into the crossover segment, but after driving this Macan Turbo, I can vouch that it definitely has.

It was one of those things I had to experience to believe. I figured the Macan might just be nothing more than a faster Tiguan with a Porsche body and a nice interior; that would’ve been just fine for most Macan buyers, and a mediocre Macan would’ve still been a solid revenue car for Porsche. Thankfully, they went over and above to preserve the integrity of their speed-synonymous brand. The Macan Turbo is a real Porsche, a new type of Porsche to be sure, but a real Porsche within its mold. 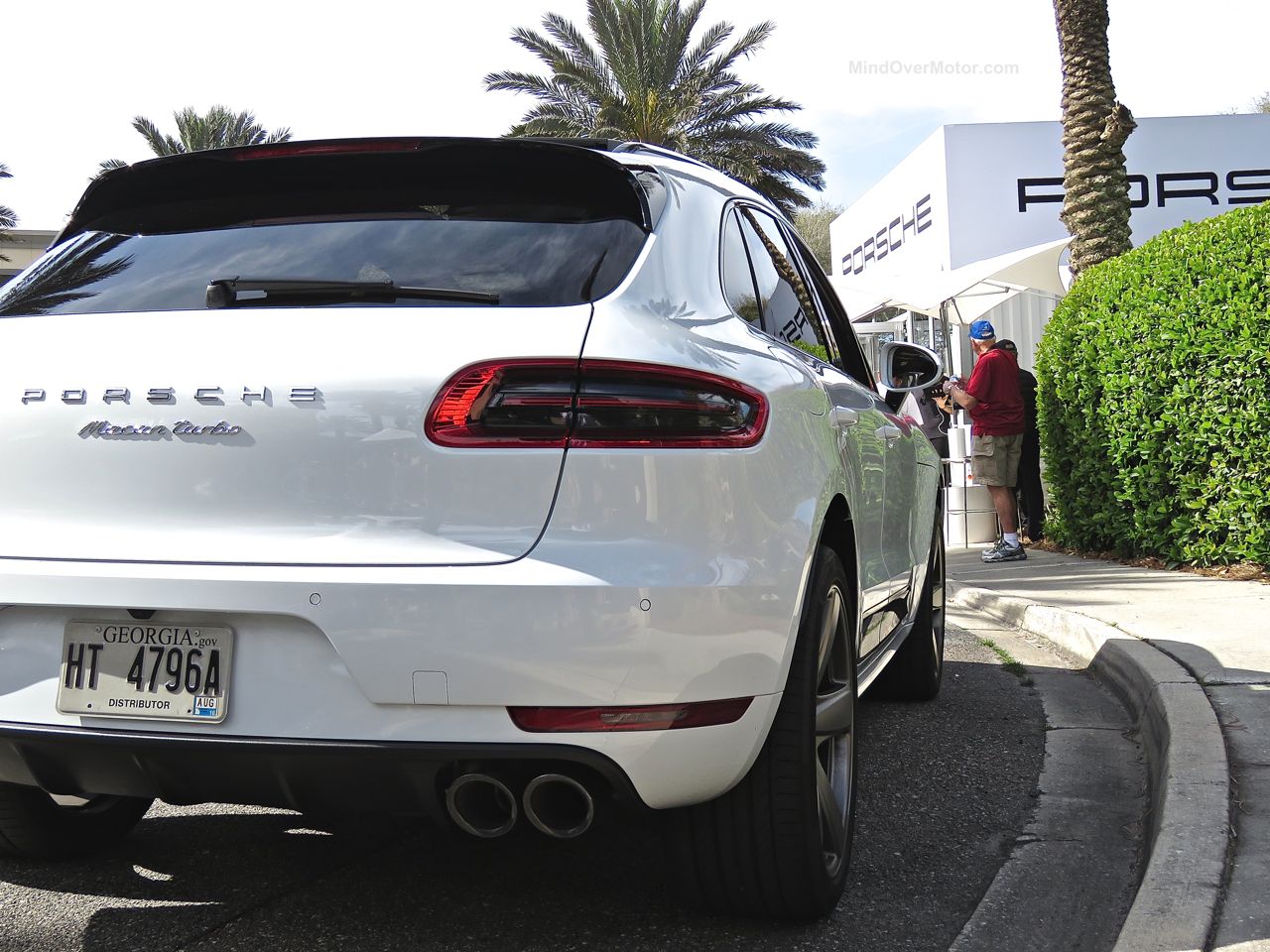 I’ll be honest, I really love the idea of a fast, capable crossover. It’s basically the same rally car package as a WRX or an Evo, but with superior ergonomics, luxury, and practicality. As a recipe for the ideal daily driver, the Macan Turbo is damn near perfect.

You can make any car fast by adding juice to the engine, but for an SUV handling is the big hurdle. You’d think the Macan would roll over with its high riding suspension, but I kid you not, it felt almost Evo-tight through turns. The steering was also quite lively and the Macan feels eager to play on curvy roads. It has the unshakable composure over bumps and dips, and that makes it a point-to-point missile. 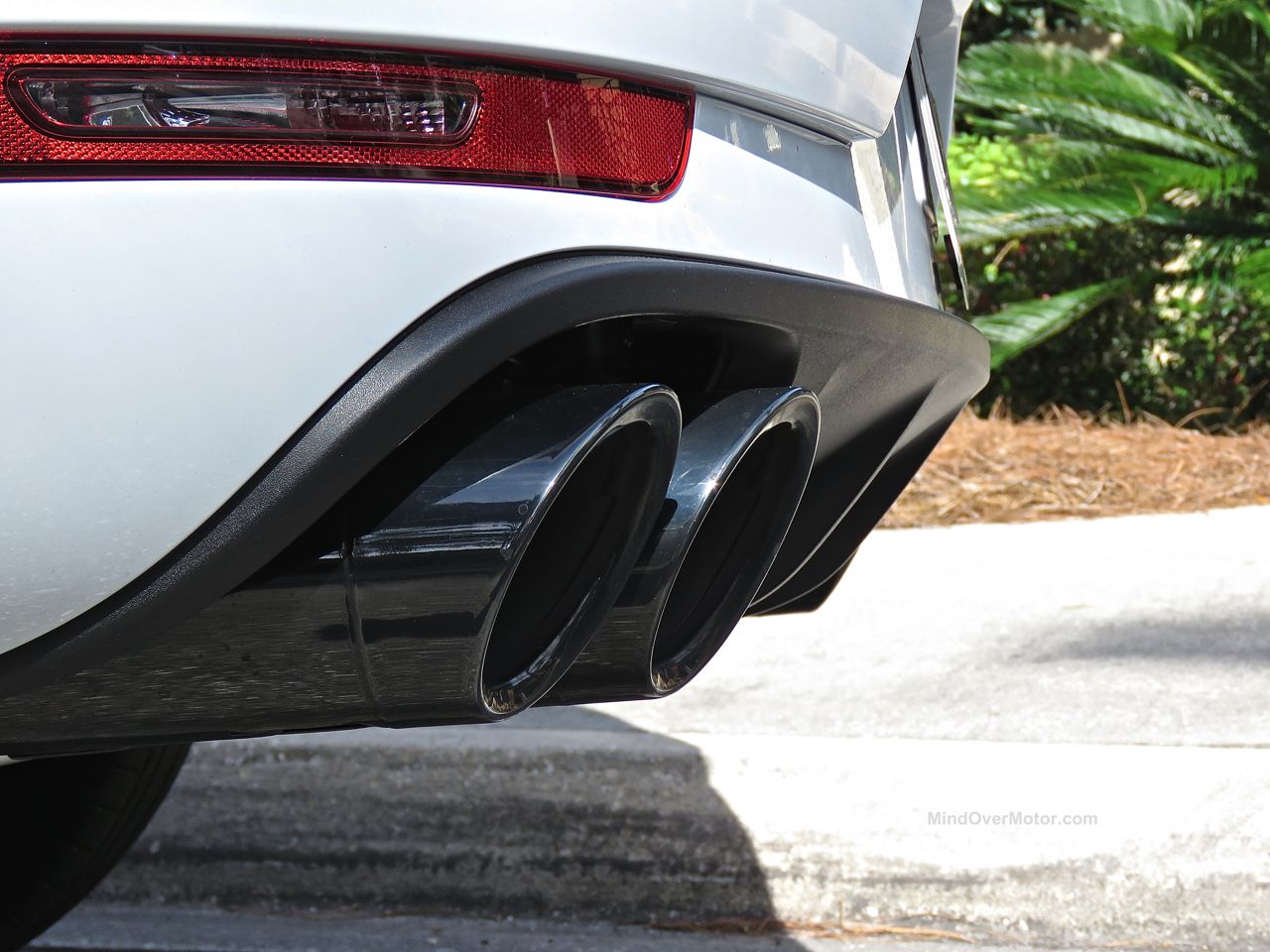 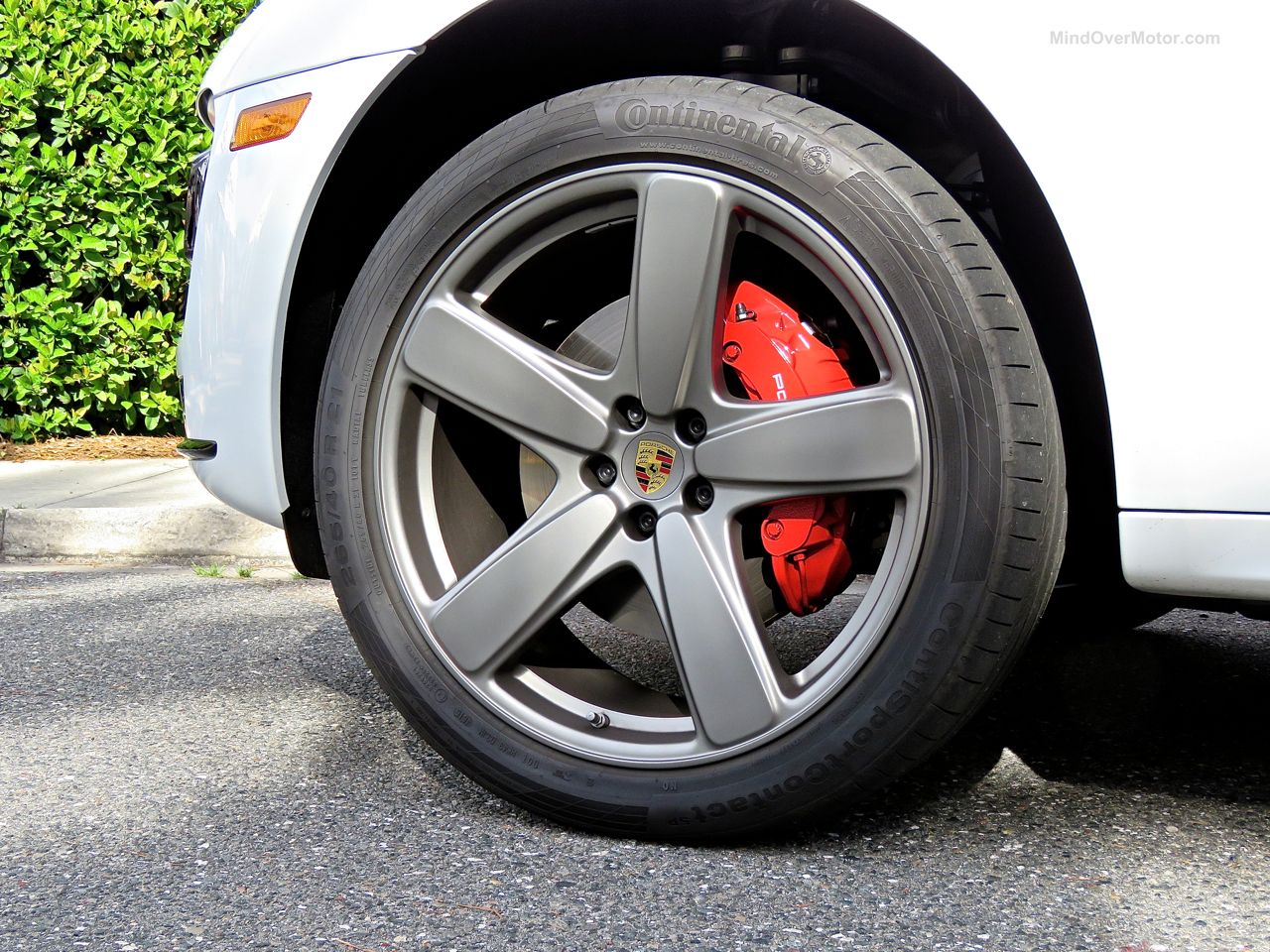 Obviously, my spirited driving was done mostly in Sport Plus mode, where the Macan is genuinely enjoyable to drive at speed. There’s loads of grip, loads of traction out of turns, and a heepin’ helpin’ of horsepower when you put the hammer down. It feels like it’s cut straight from the rally cloth, and as a young guy who’s owned a WRX for a over a decade now, I could totally see myself driving a Macan at some point. It has the rally car fun with a little more class, comfort and polish. 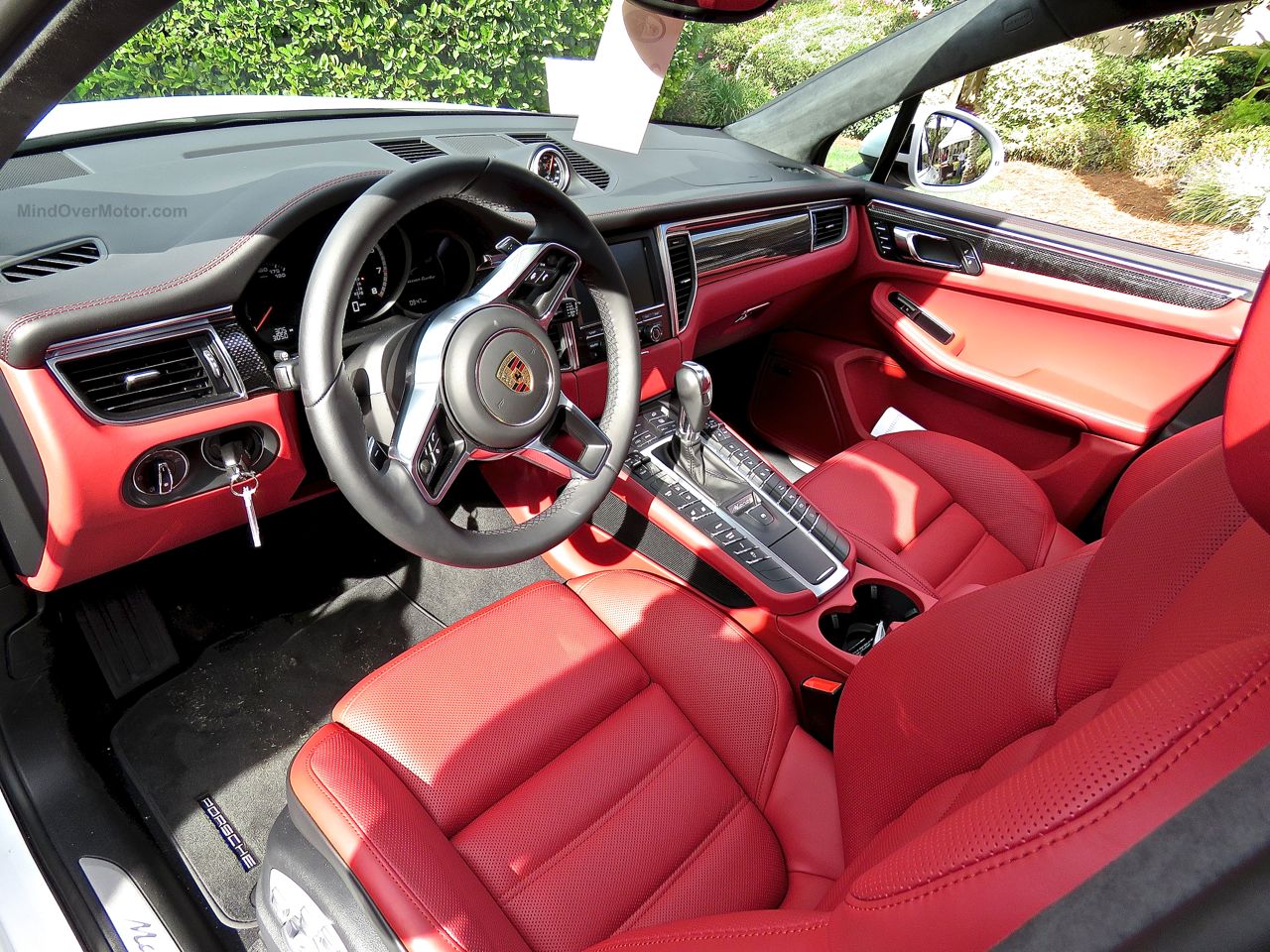 The PDK gearbox is also fantastic, and in the Macan, it doesn’t feel ideologically wrong to me like it does in a 911 or a Boxster. The Macan is a genuine all-rounder, and a great paddle shift is ideal for it. 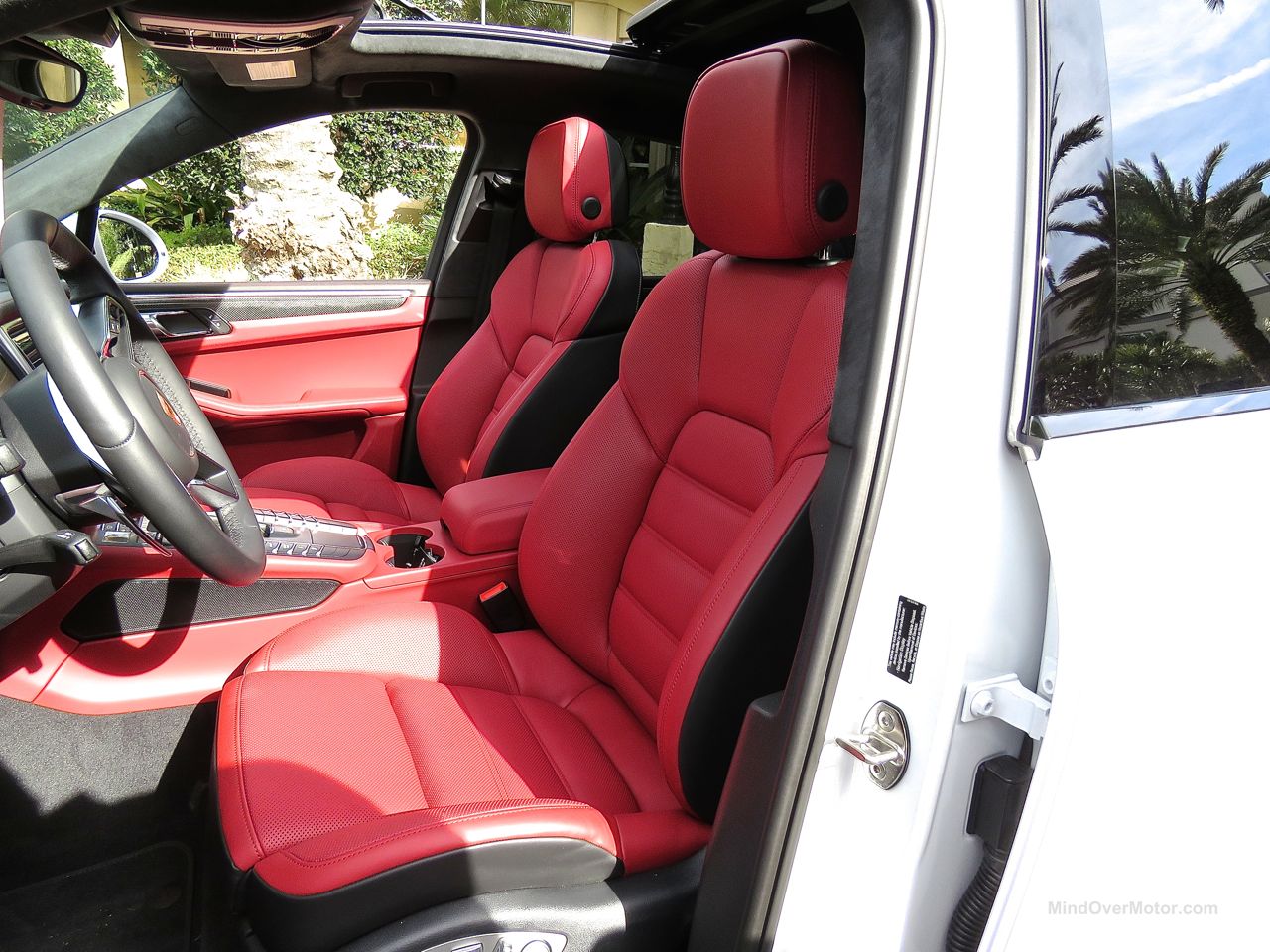 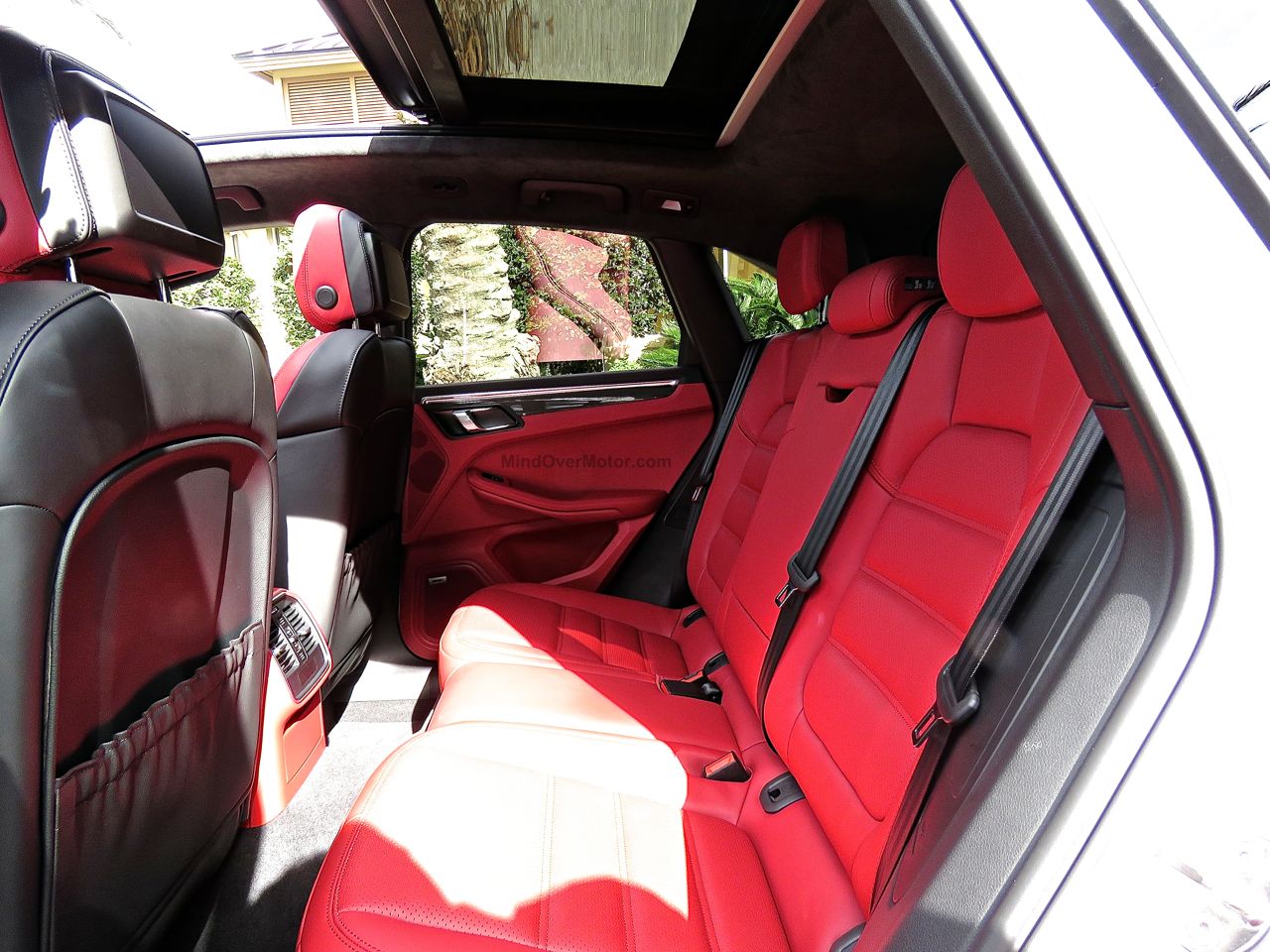 Porsche claims 400hp from the Macan Turbo’s twin turbo 3.6L V6, but that number is probably a little conservative. Chassis dyno tests show around 360awhp, so the engine is probably closer to around 450hp. I should also point out that an ECU tune alone, with no other mods, can get the Macan Turbo up to the 400awhp mark, or around 500hp from the engine. It’s got some pretty serious punch to be sure, but at around 2 tons, it needs all of it. 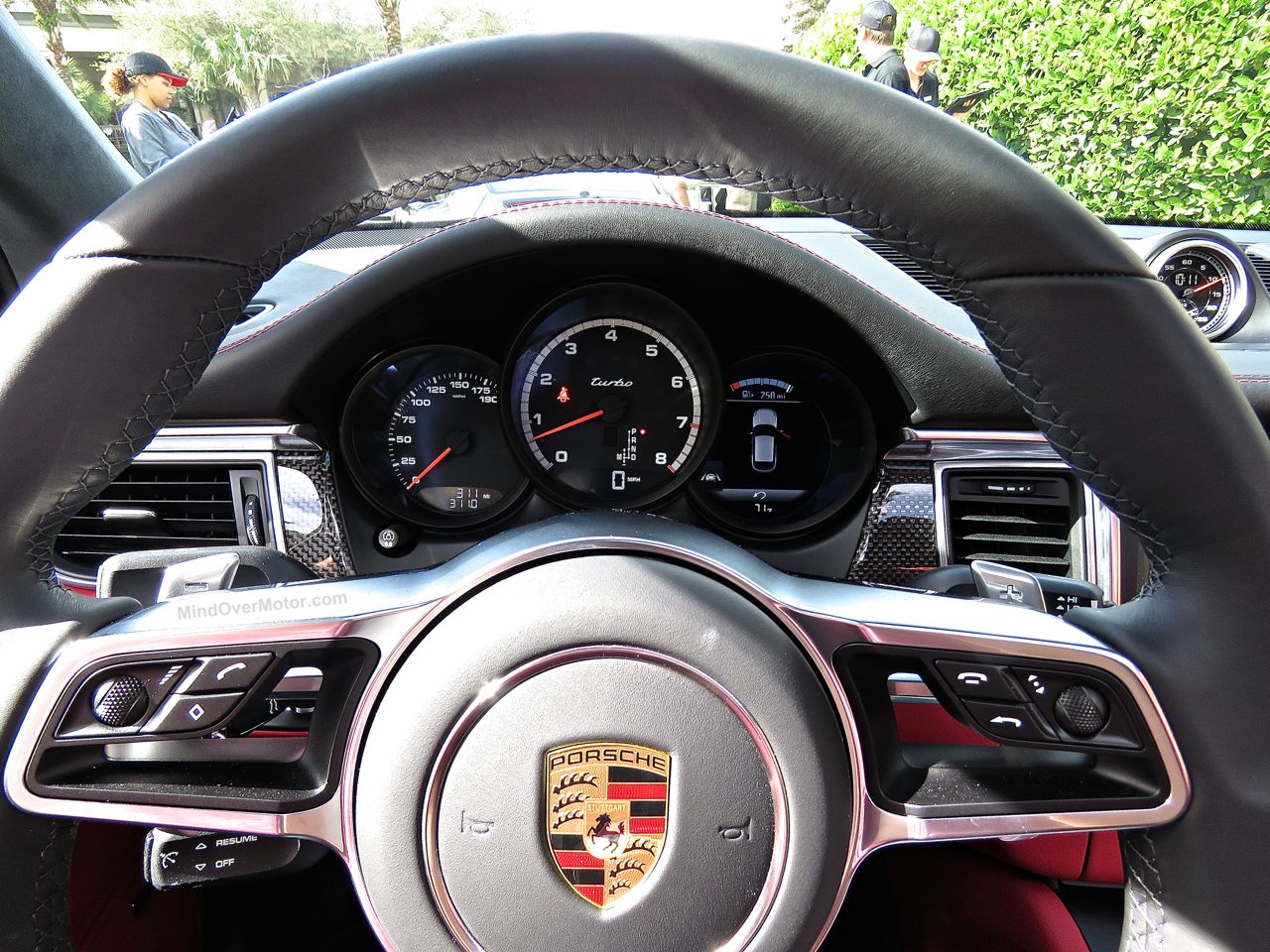 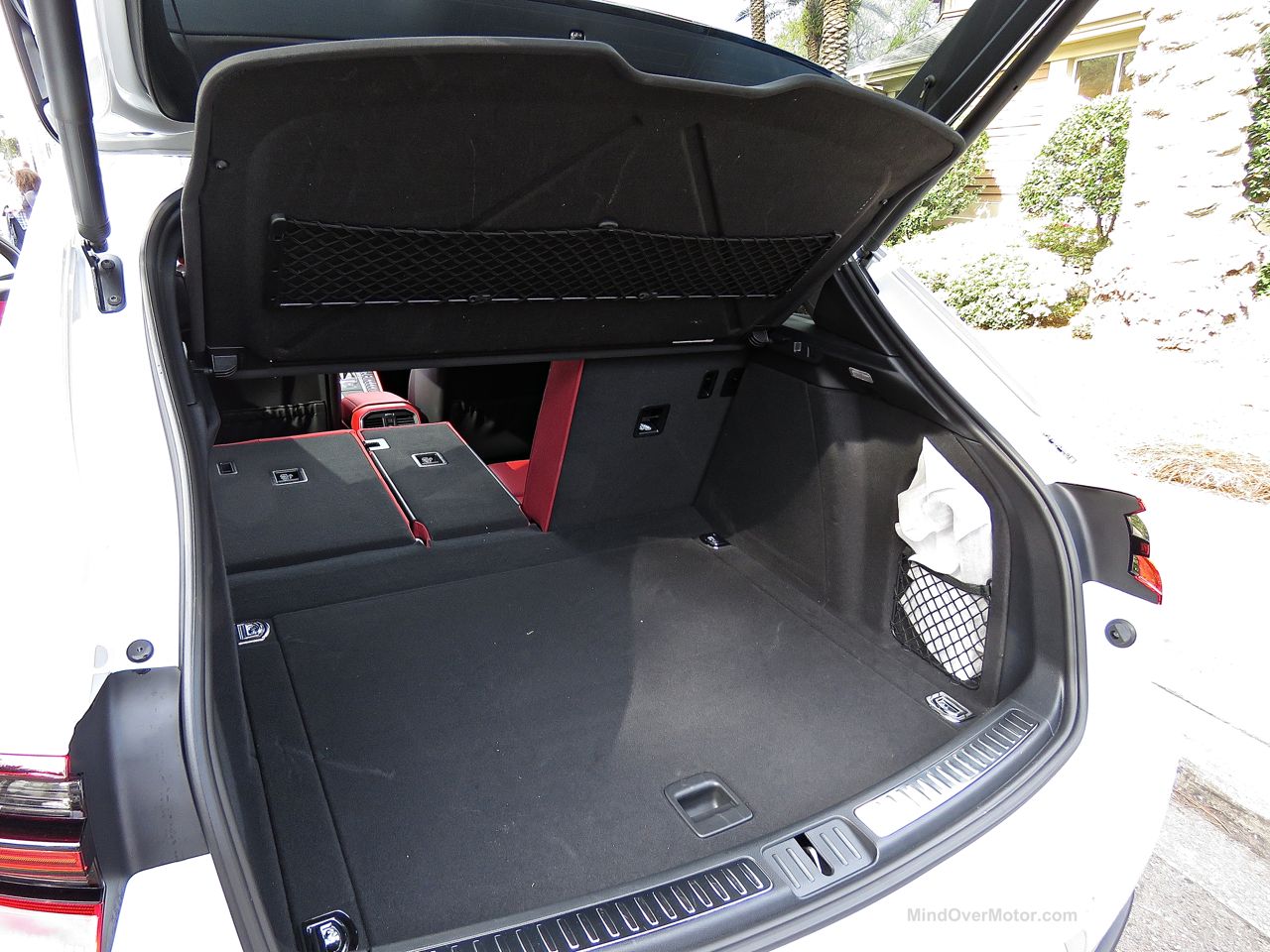 In terms of more everyday concerns the Macan Turbo is very much the same as an Audi Q5, but with Porsche’s even higher standards of fit and finish. It’s a really nice car, and it does well to justify its price premium in ways you can feel. In addition to being fun, the Macan makes no compromise as a comfortable, practical small SUV. It is the automotive cake that you can have, and eat too. 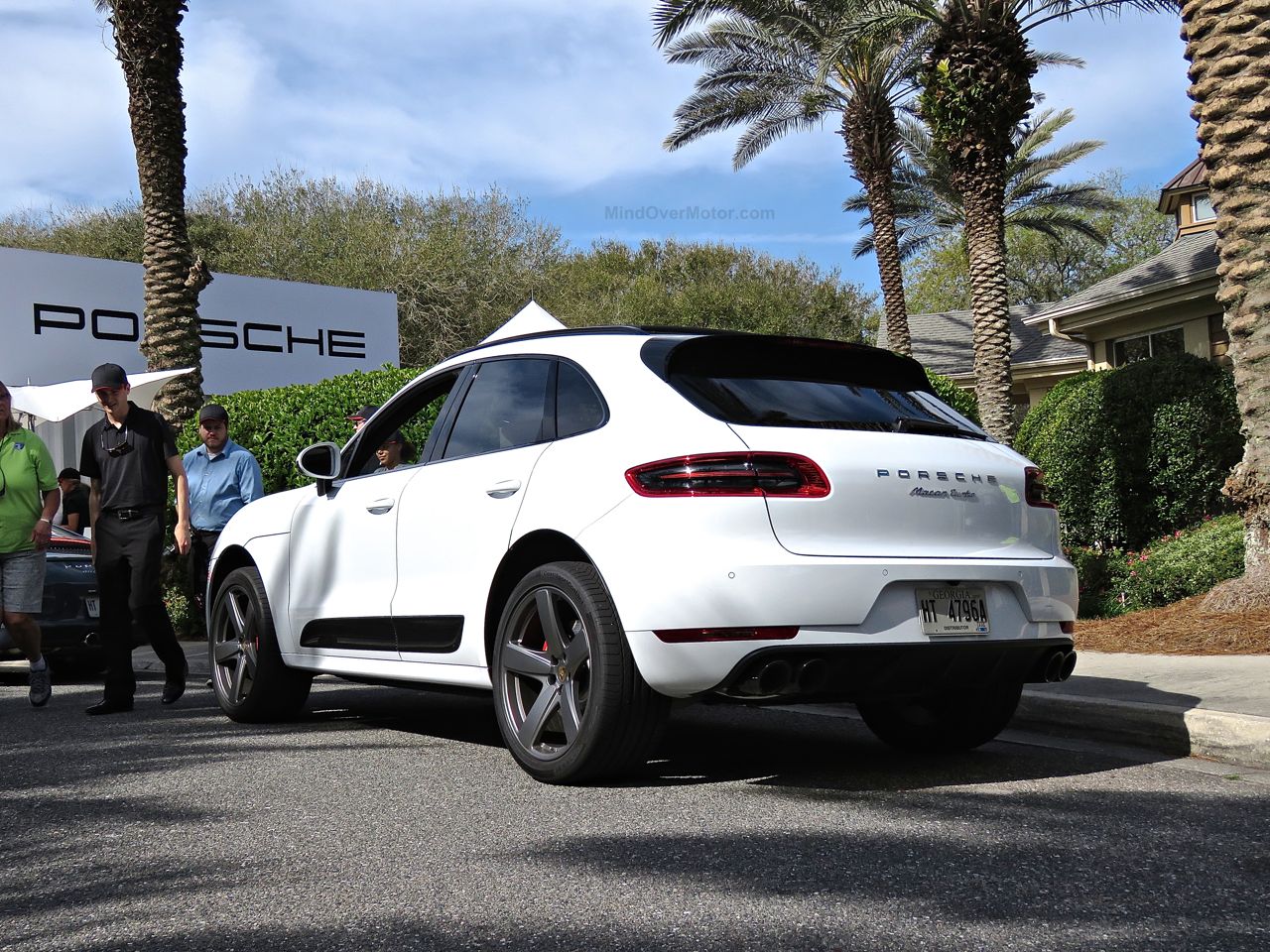 Starting at $78k and getting up over 100k with options, the Porsche Macan Turbo doesn’t come cheap. In fact, it is the most expensive small crossover out there, but in my opinion, there’s plenty to justify the price.

Having said that, I wouldn’t recommend anyone actually option this car into the six-figure range. In my mind, the Macan Turbo is a solid 85k car, and that’s it. It’s going to depreciate heavily anyway, so why add to your losses? Just add the options you’d really miss, and be done with it.

Now, I recently gave the Jaguar F-Pace S a sparkling review, even saying it was the best fun SUV for the money. But here’s the catch: The Jag comes loaded under the base price of the Macan Turbo. If your budget is under $75k, the Jag is the way to go, but if you’re going to pay the premium, the Macan Turbo is worth having. 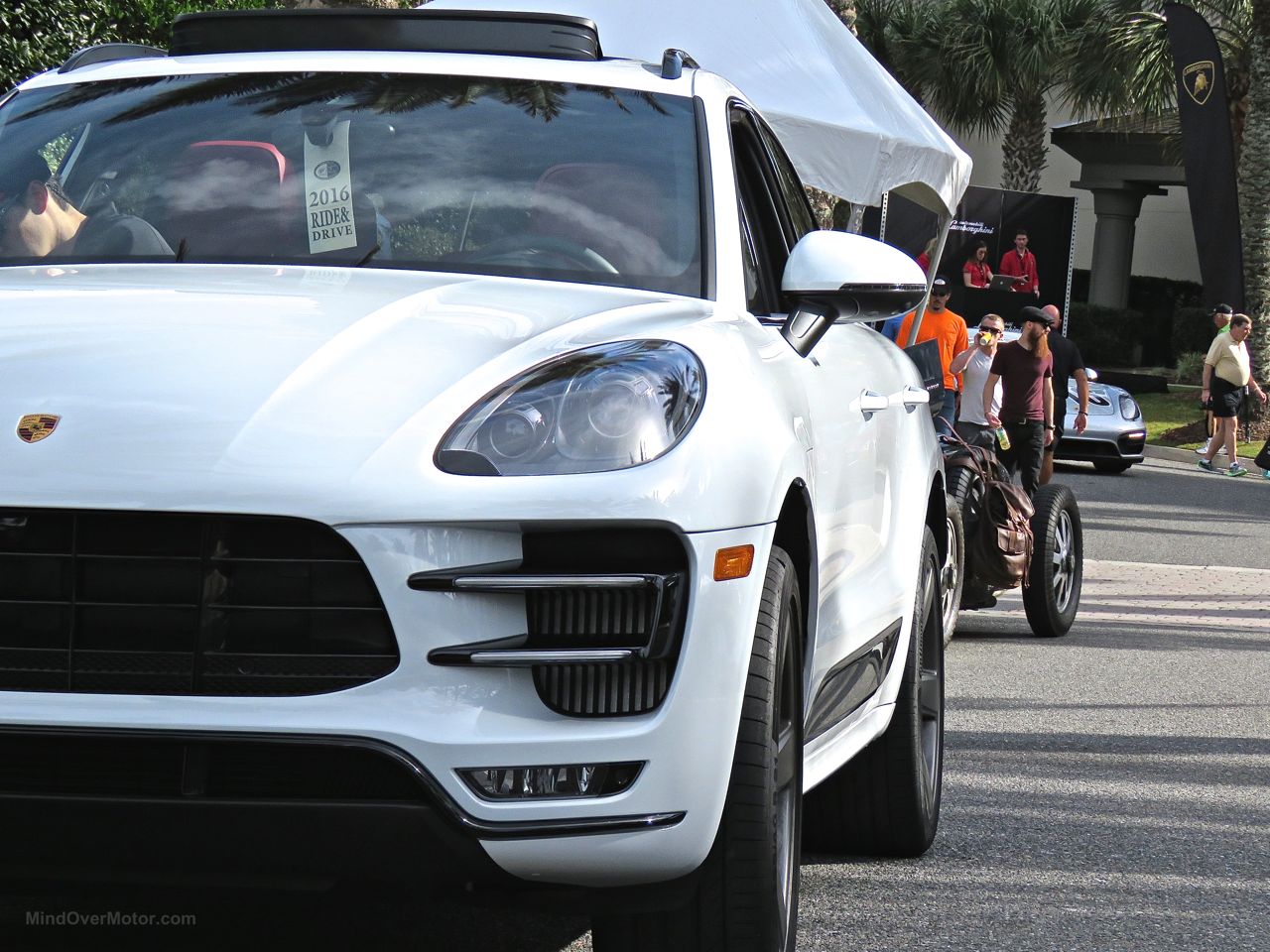 Otherwise, the biggest problems for the Macan Turbo come in the form of cannibalization within VW Group. Porsche also makes a Macan S and Macan GTS, each of which is effectively just as good as the Turbo for less money. Then there’s the Audi SQ5, which is a Q5 with the S4’s 3.0L supercharged V6 and some handling tweaks. All are great options for less money, in addition to the aforementioned Jaguar.

I do think the Macan Turbo is the best performance crossover of all, but is it $20-30k better than the others? Almost certainly not if you have any sort of budget restrictions.

My advice: if you want the big daddy Macan Turbo, look for one certified pre-owned. They’ve been out for a few years now, and there’s a lot more value on the used market, mostly because of those crazy Porsche options. These also aren’t the sort of Porsches that will ever appreciate, so as the price drops, you can assume it will be for good. 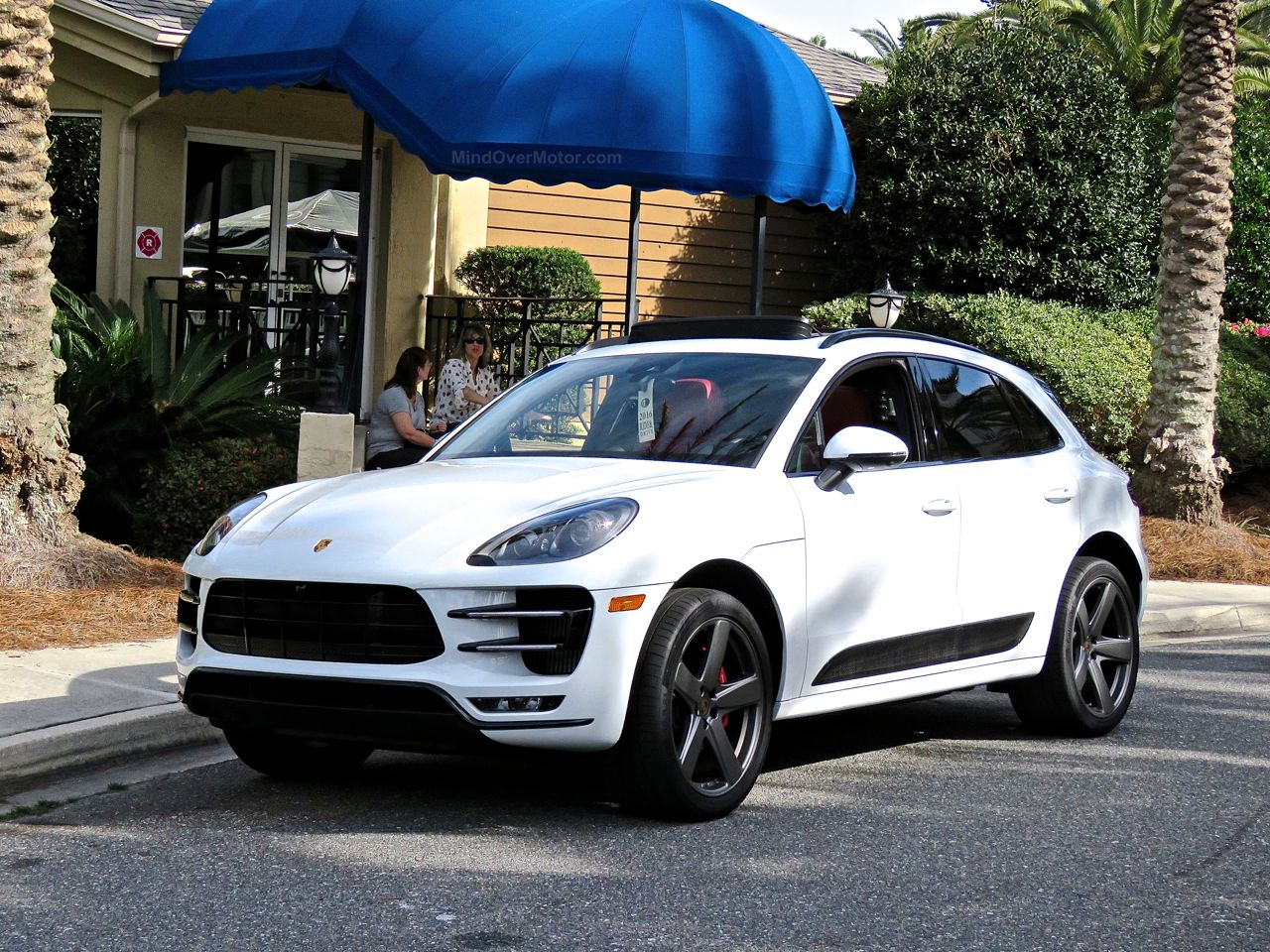 If I imagine a perfect daily driver, the Porsche Macan Turbo comes damn close to what pops into my mind. It really does everything, and it does everything well. And hey, if you’re going to have fun blasting through backroads on the weekends, why not bring the kids along too?

Leave it to Porsche to make me lust over a crossover…

3 thoughts on “Porsche Macan Turbo Review: Like a Fancy WRX for Rich People!”