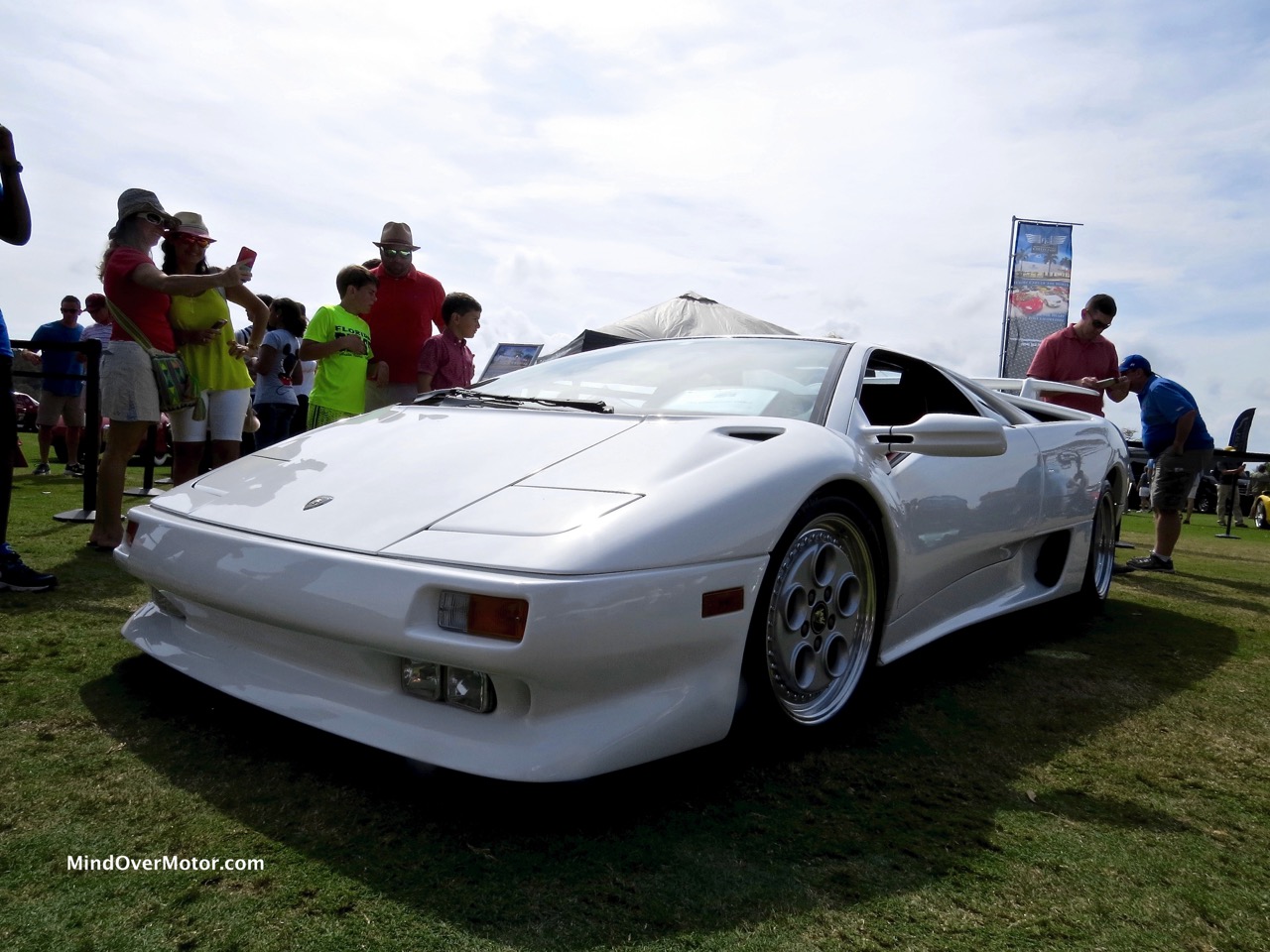 For a brief moment in time, the Lamborghini Diablo was on top of its world.  With a top speed of 202 MPH, this was, for a short period of time, the fastest production car money could buy.  It was also the replacement for the radical, groundbreaking Countach, which had been in production since the cocaine-addled 1970s. This would also be the last Lambo built before the company was taken over by Volkswagen AG, so it’s a completely ridiculous, insane, fire breathing supercar with plenty of risk of breaking down at any time. 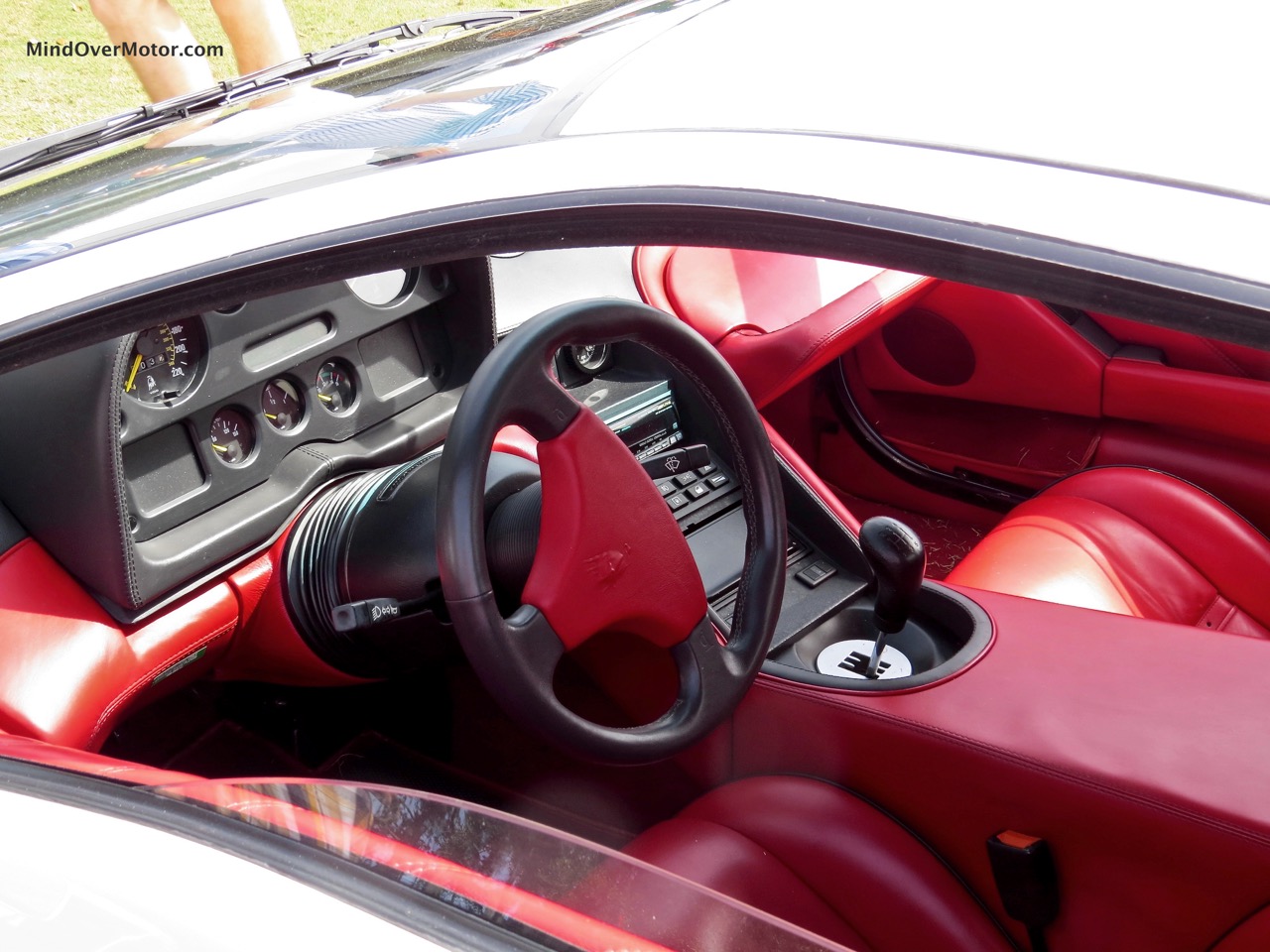 This white example appeared at Amelia Island last month and drew a serious crowd of people. For some reason, I don’t see enough of these Diablos at automotive events–and that’s a real shame. When I was little, I took a book about Lamborghini out from the Shongum Elementary School library and didn’t want to give it back–mainly because of its entry about the Diablo, which was claimed to be the fastest car in the world. Too bad the book was published in 1991, because by the time I read it in 1997, the McLaren F1 had already surpassed it a few years prior. No matter, because I didn’t really care at the time. The Diablo can always reign supreme to the seven-year-old version of me, which is all that matters. Enjoy the photos of this white-on-red Raging Bull. 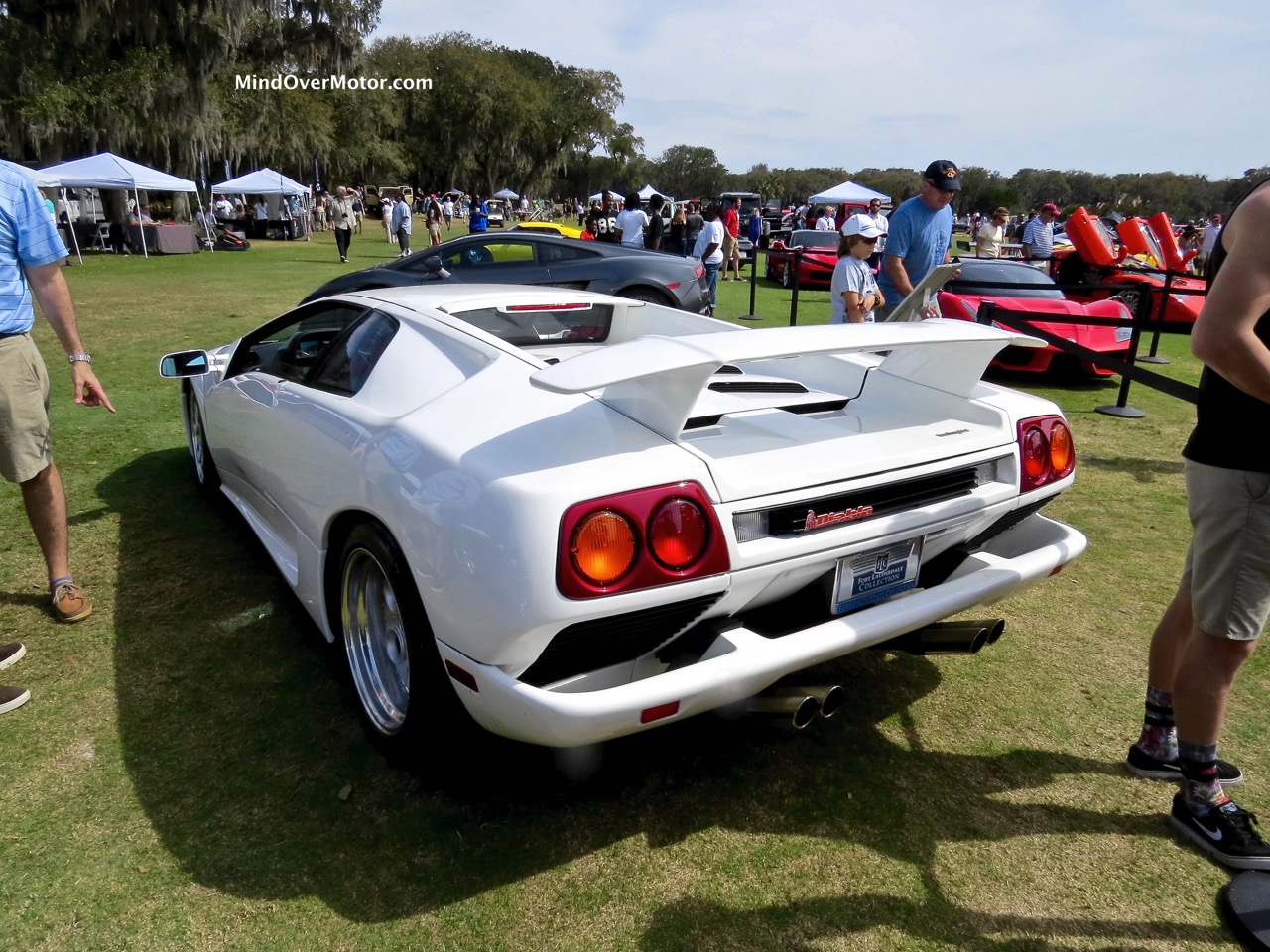 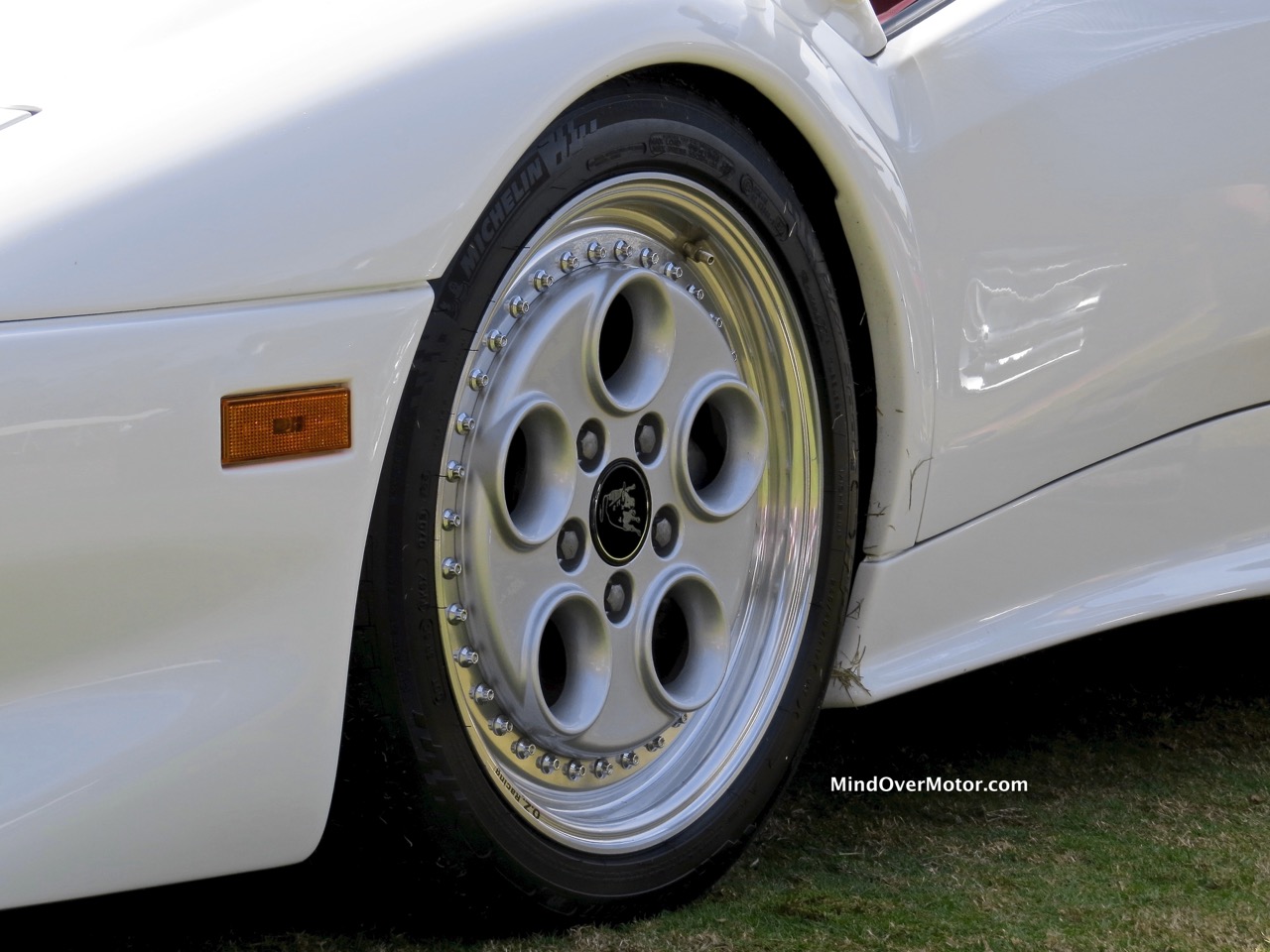 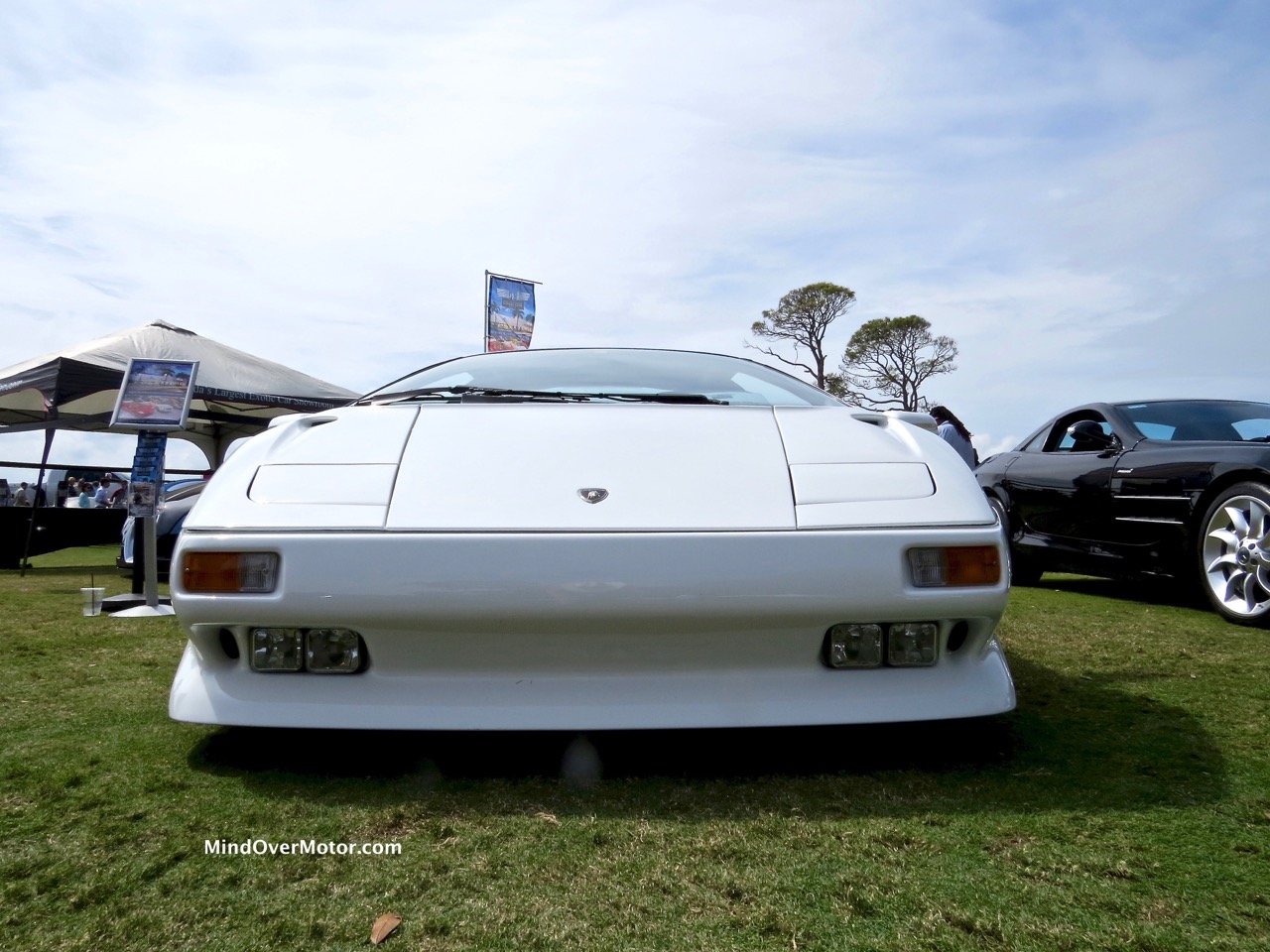 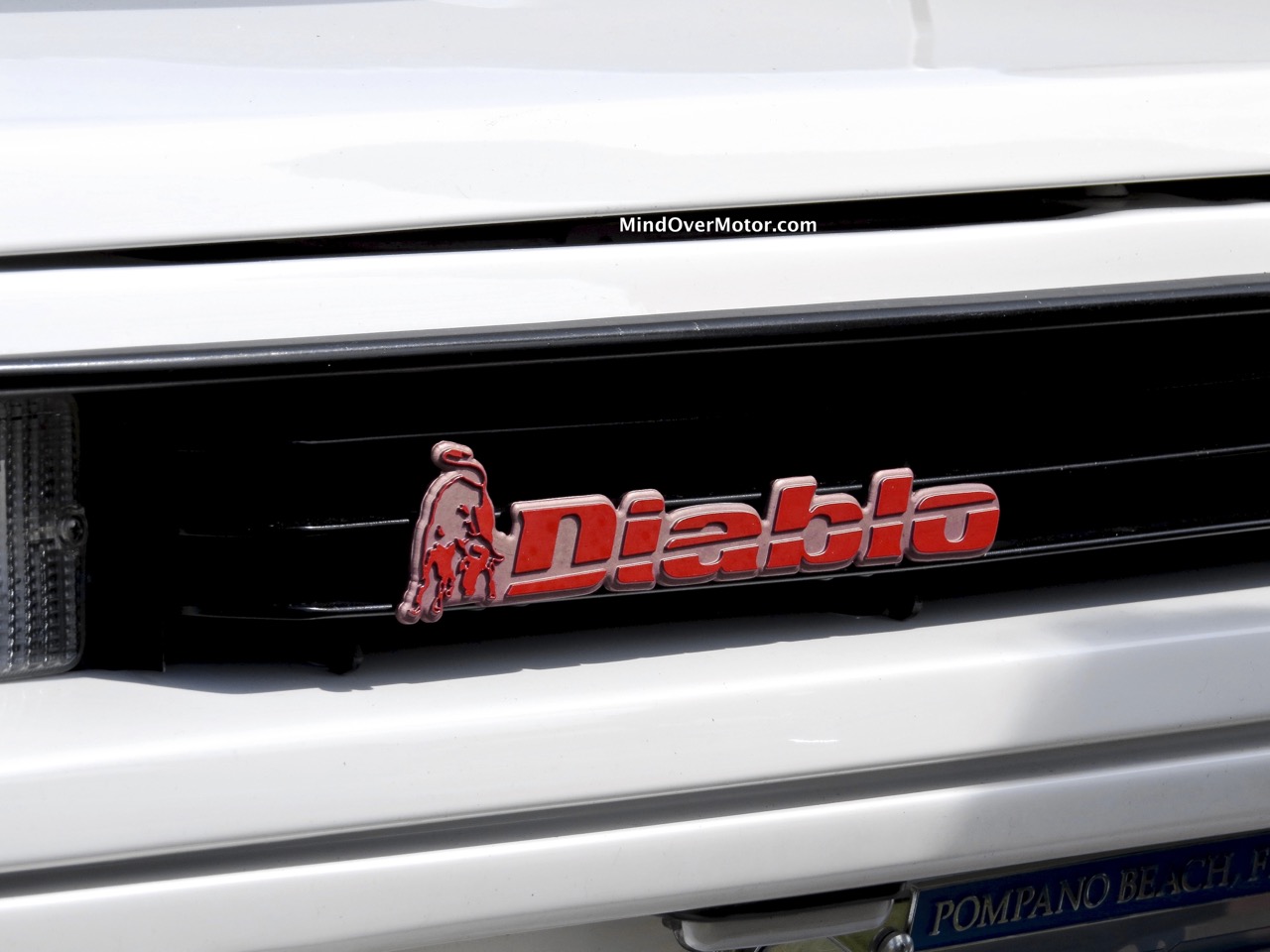