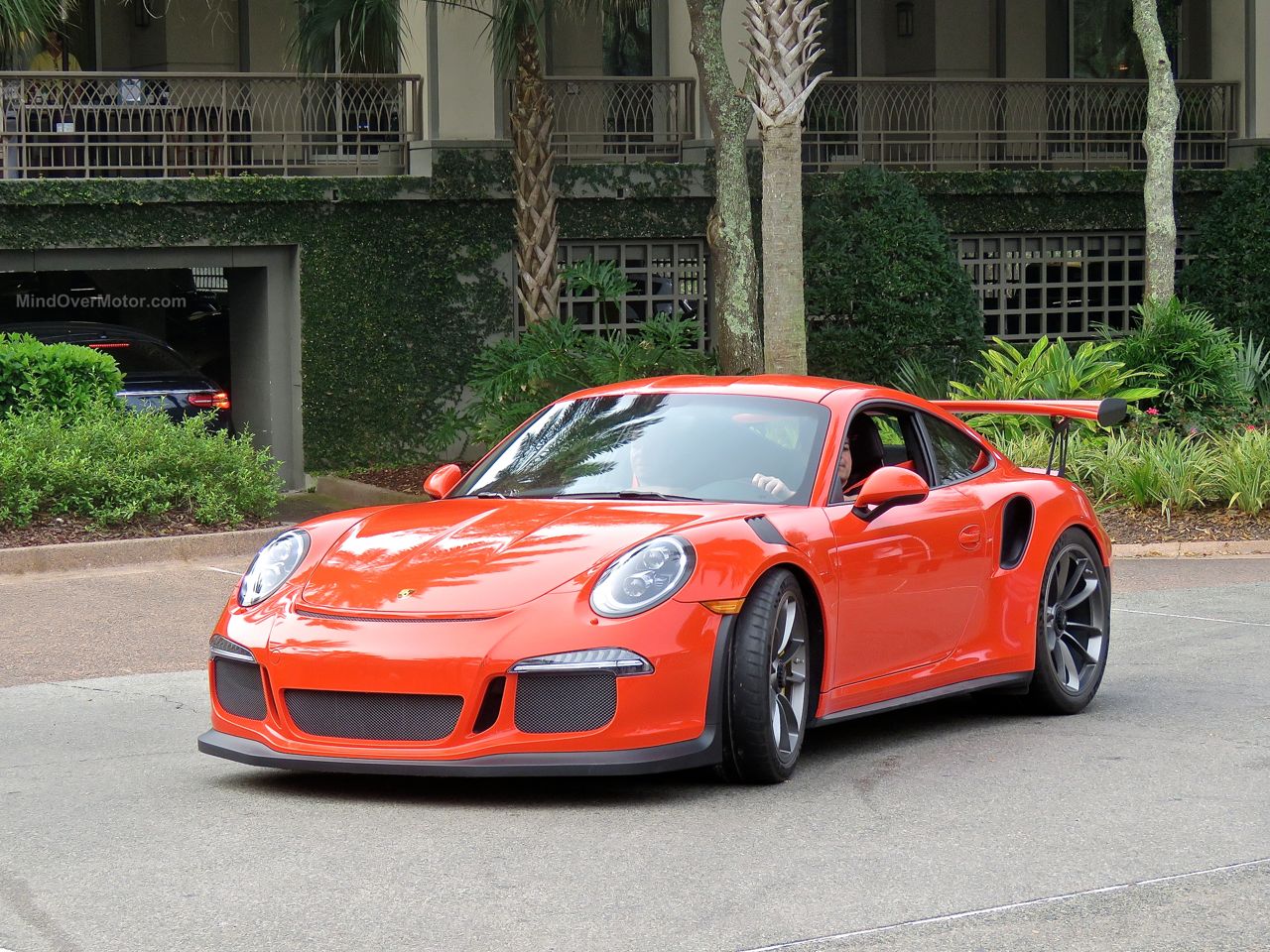 Sadly, this is not the hands-on review article it could’ve been. Yes, Porsche was actually having test drives in this 4.0L monster 911. While most people got there too late to even get in line for a drive in the GT3 RS, Al and I actually got there too early, and I mean by a few seconds.

It was literally as I handed my pen back to the Porsche lady at the booth, after signing up to drive the 991.2 Carrera S, that this bright orange GT3 RS pulled up. Dammit!

That said, it would’ve been really difficult and unsafe to get a real taste of the GT3 RS on the public roads of Amelia Island, not to mention probably an arrestable offense. So in many ways I’m glad I tried the new turbo’d Carrera S instead. I really want to experience the new GT3 RS on the race track, or at least a more open road, where I can actually drive it properly.

That said, it did look like people were having an absolute blast in it. So while part of me is looking on the bright side, the other part of me is peanut butter and jealous as all hell!

One thought on “Porsche 991 GT3 RS Spotted at the Ritz Carlton, Amelia Island”