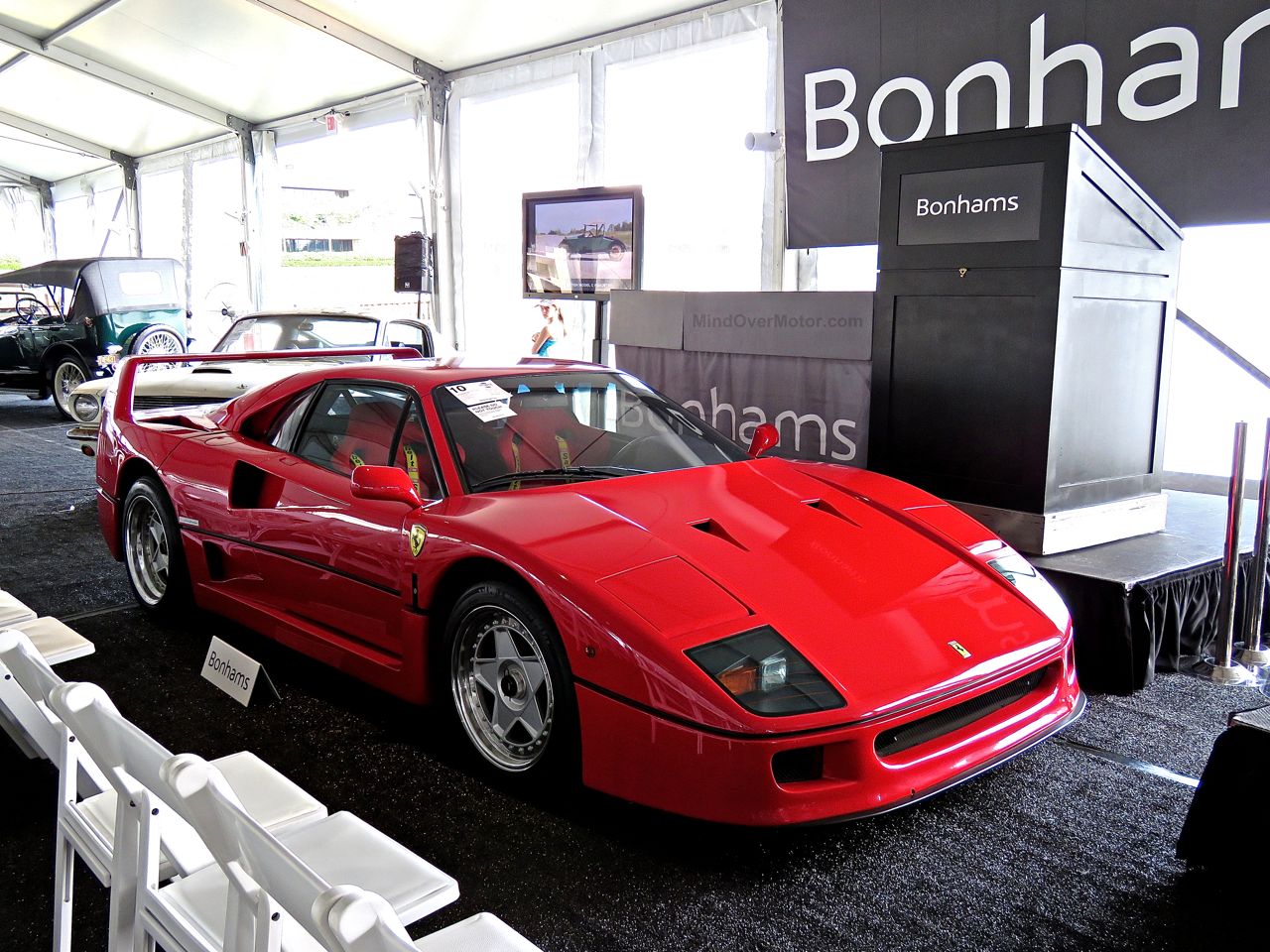 As far as I’m concerned, whoever is selling a LaFerrari or an Enzo can keep it. If I’m going to spend that kind of money on one of the super Ferraris, it’s going to be an F40. It was the ultimate Ferrari experience in its day, and it has managed to hold onto that designation in modern times.

We were pleased to catch this F40 at Bonhams auction at the Greenwich Concours. It’s always nice when you’re able to catch a tangible glimpse of such a wild dream.