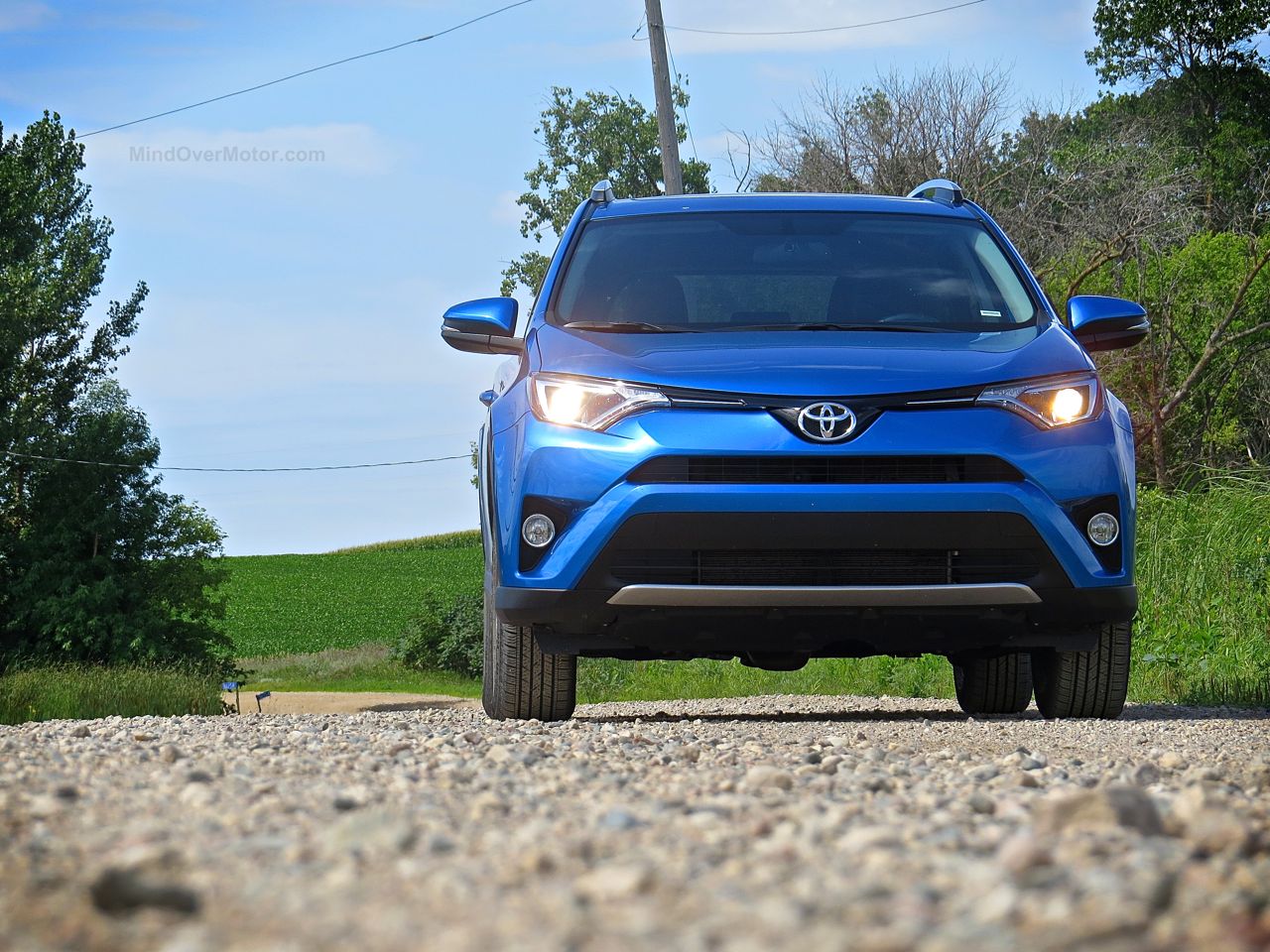 Last weekend my girlfriend, Gabrielle, and I travelled deep into the lake country of Minnesota for a family gathering of sorts. I don’t get up there as often as I’d like to, and I always feel like the visit is too short when I do. This trip was different in a few ways, though. My Grandma Ann’s health had been declining, to the point where I knew we needed to get out to try and see her. I wanted her, and the rest of the family, to meet Gab, and I knew time was becoming a factor. Unfortunately, as it happened, our visit came a few weeks too late.

Our trip to Minnesota became about finding solace as as a family, and showing support for my Grandpa Don in this most trying time in life. On the lighter side, Gab got to meet everyone, many of whom had been anxiously waiting to see if she was real for some time. We really had a great time, and it was beautiful just being together with everyone as a family. It was a short trip, but it was extremely valuable.

Now, me being me, I don’t like to rent a car without doing an article on it. Gab likes crossovers and she loves bright blue, so this particular Toyota RAV4 seemed to check all of the right boxes in the car park. It’s not the sort of car I usually review either, so I figured it might add some relevancy for this site in areas other than expensive sports cars.

A few years back, my parents and I had a RAV4 in Sedona, Arizona, and we were thrilled with how well it did with some rather intense surprise off-roading. That one was 4WD, though, and this one was 2WD, so I guess it’s more of a “RAV2”. Even still, rural Minnesota has some off road areas, so I figured the ground clearance may come in handy, along with that legendary Toyota dependability. 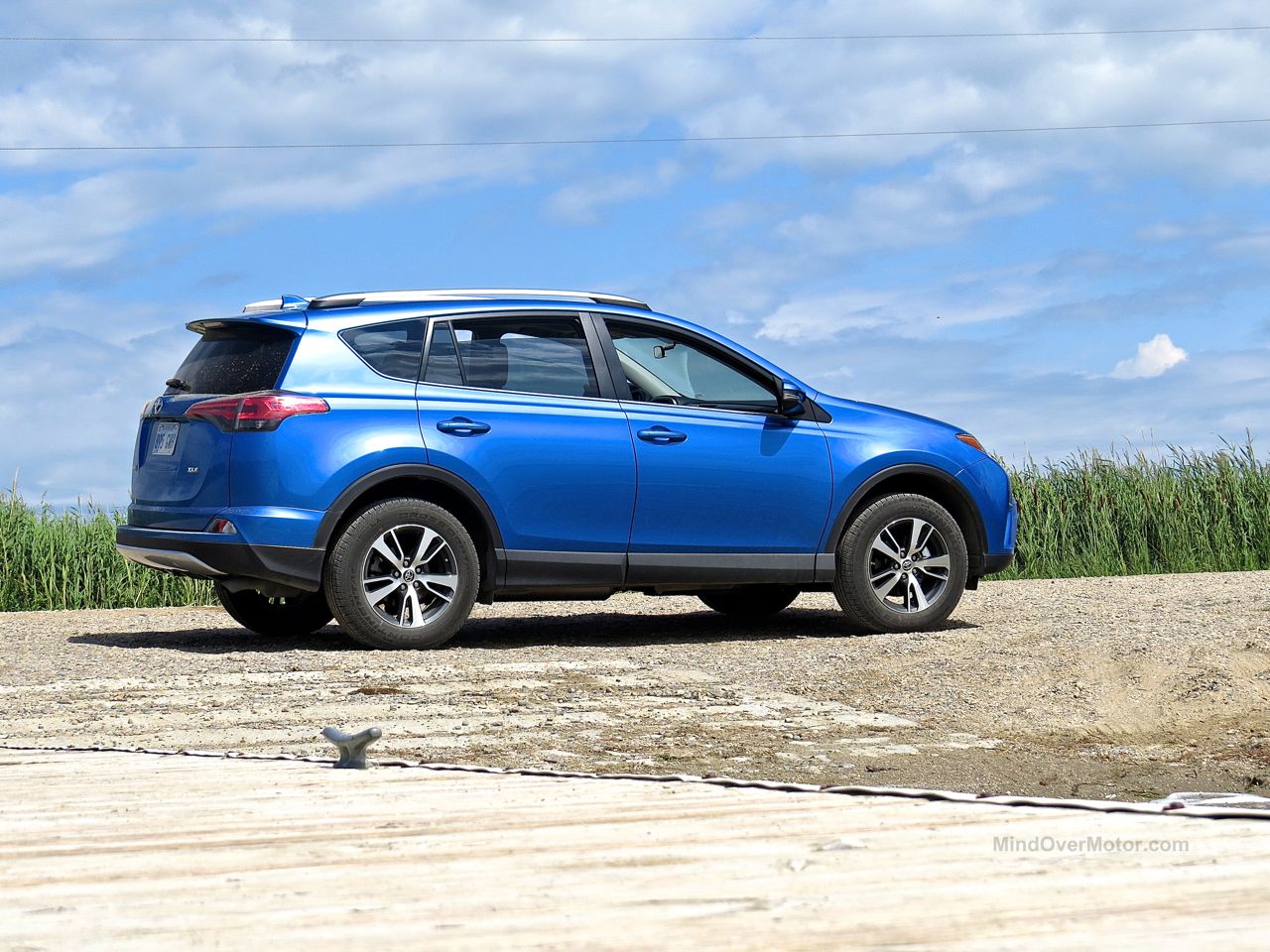 Our driving consisted of long highway distances, sweeping country roads with some decent corners, and backroad areas with no pavement. There weren’t any massive off-roading where we really “needed” an SUV, but it was nice to have it in some areas. Overall, I think it was a good real world test of the RAV4’s capabilities, and many people do buy the 2WD model if they don’t plan to go off-roading, so this is for them.

The first half of the highway trip up, we were in fairly dense traffic going around 60-70mph, and the RAV4 averaged a very impressive 32 MPG. That’s quite impressive for a high-riding car like this, 2WD or not. The second half of the trip up, the roads cleared out and my impatience took over.

Minnesota country highways are wide open and mostly arrow straight. How so many locals are able to bear with sticking to the 70mph speed limit, as an easterner I will never be able to understand. My cruising speed was a decent bit higher for most of the trip out and back, and there was nothing even remotely unsafe about it. America really needs to institute autobahn-like variable speed limits in these wide open areas because, even in a not-built-for-speed SUV like this, 70mph is just a waste of everyone’s time. 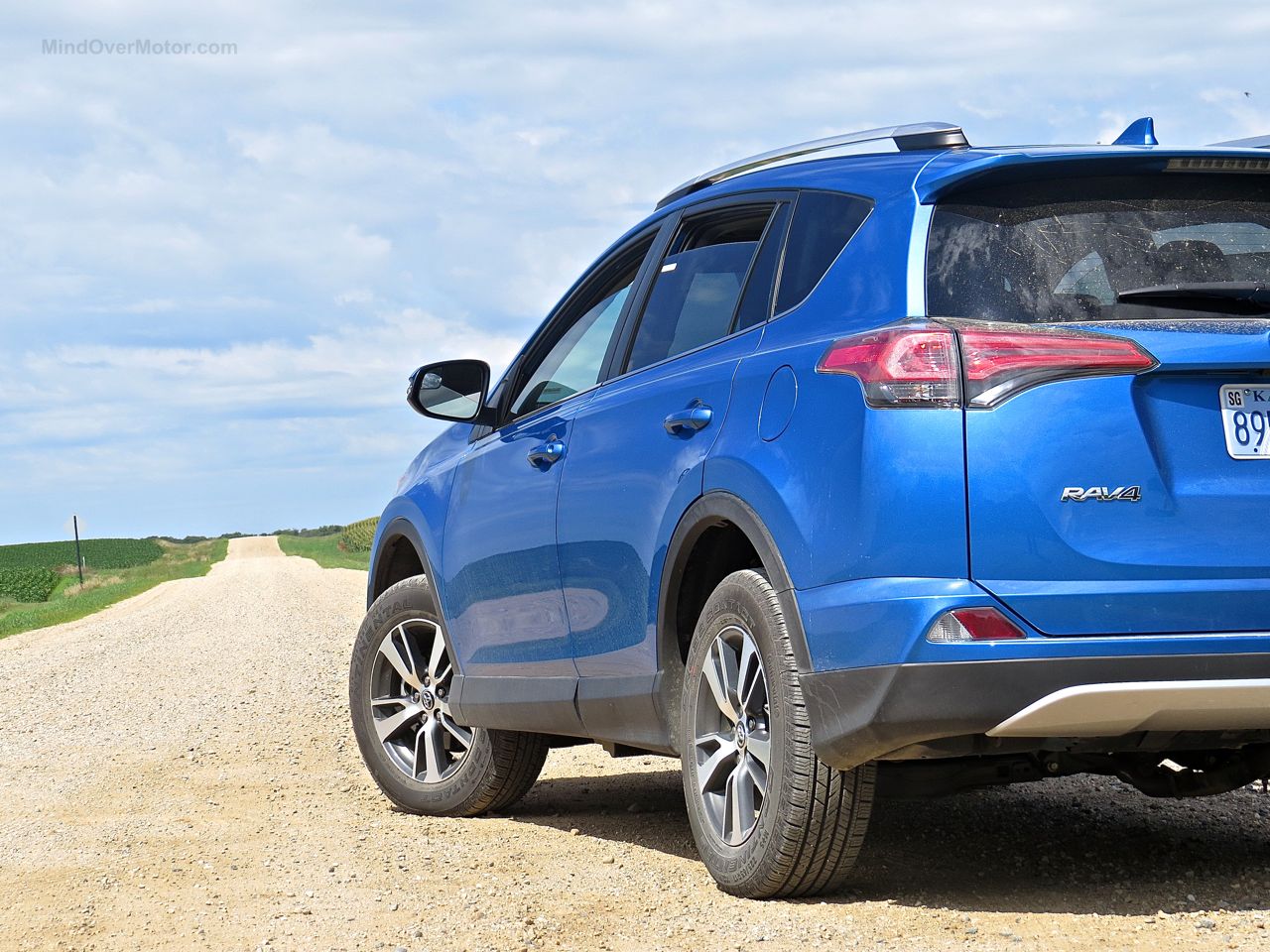 The RAV4 actually handled higher speed cruising extremely well, although my fuel economy did drop as the speed increased. That’s the penalty you pay for having an SUV, there’s a lot more wind resistance. I still averaged  around 27 MPG, though, so it’s still quite impressive.

I was also impressed with the Toyota’s handling on some of the sweeping bends in the lake country. It’s not as floaty as older Toyotas, and feels a lot more competent in turns. I also actually like the CVT transmission in this car because it helps to maximize the meager performance of the little 2.4L engine on the road. It’s certainly not fast, but it is capable enough. 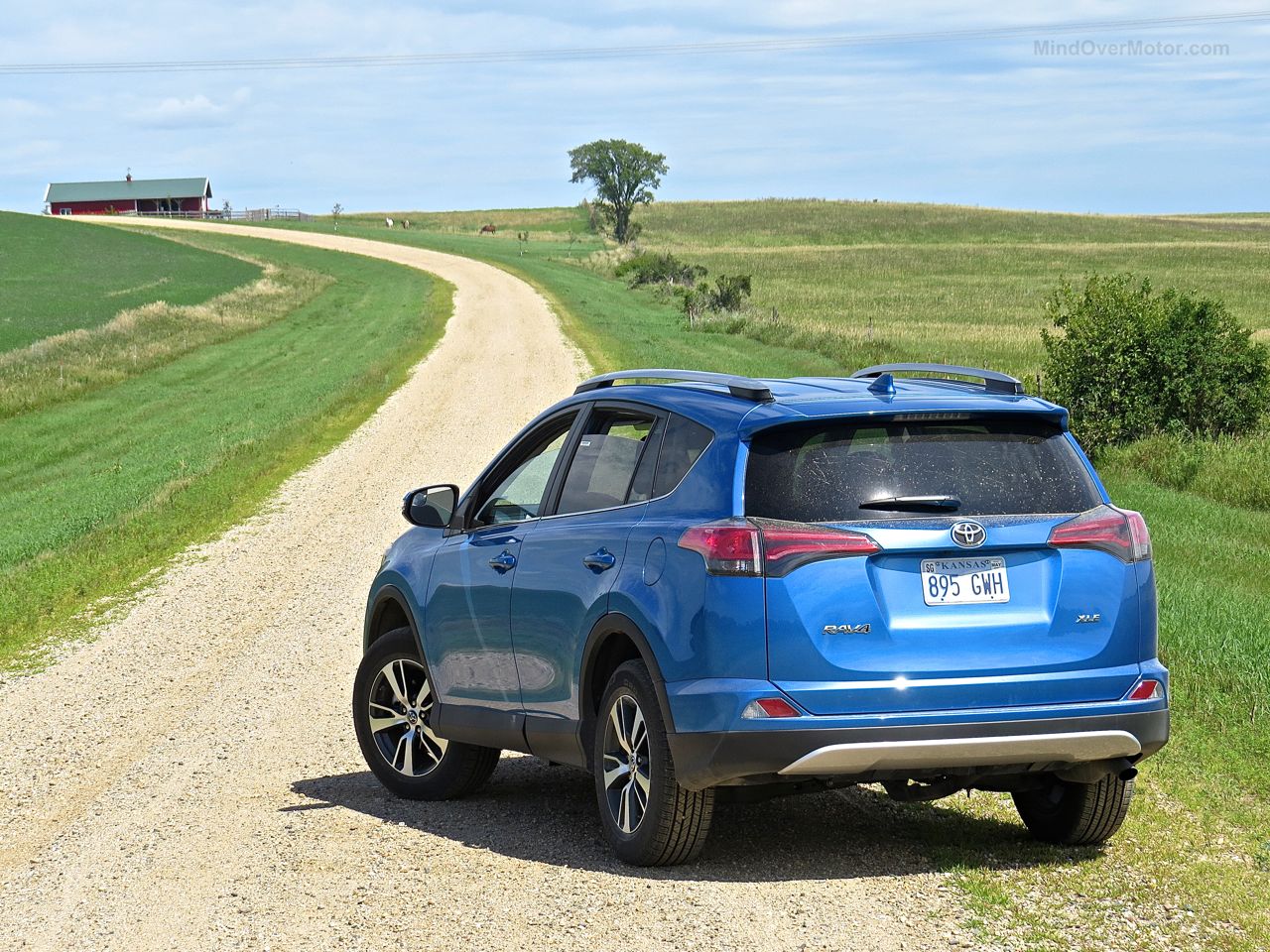 The dirt roads were where this little blue SUV shined the brightest, mostly in terms of its ride quality. You see the bumpy road going beneath the car, but its suspension does a magnificent job of smoothing it out before it hits your butt.

I think what I’ve come away with after my weekend with Gab in the RAV, is that it’s a really nice, well rounded package for everyday transportation. My biggest hangup with crossovers has always been the mediocre fuel economy, but as far as I’m concerned it isn’t even a drawback anymore, as the RAV can top 30 MPG with ease. It’s also really comfortable, and I loved the posture of the seats on our long drives. 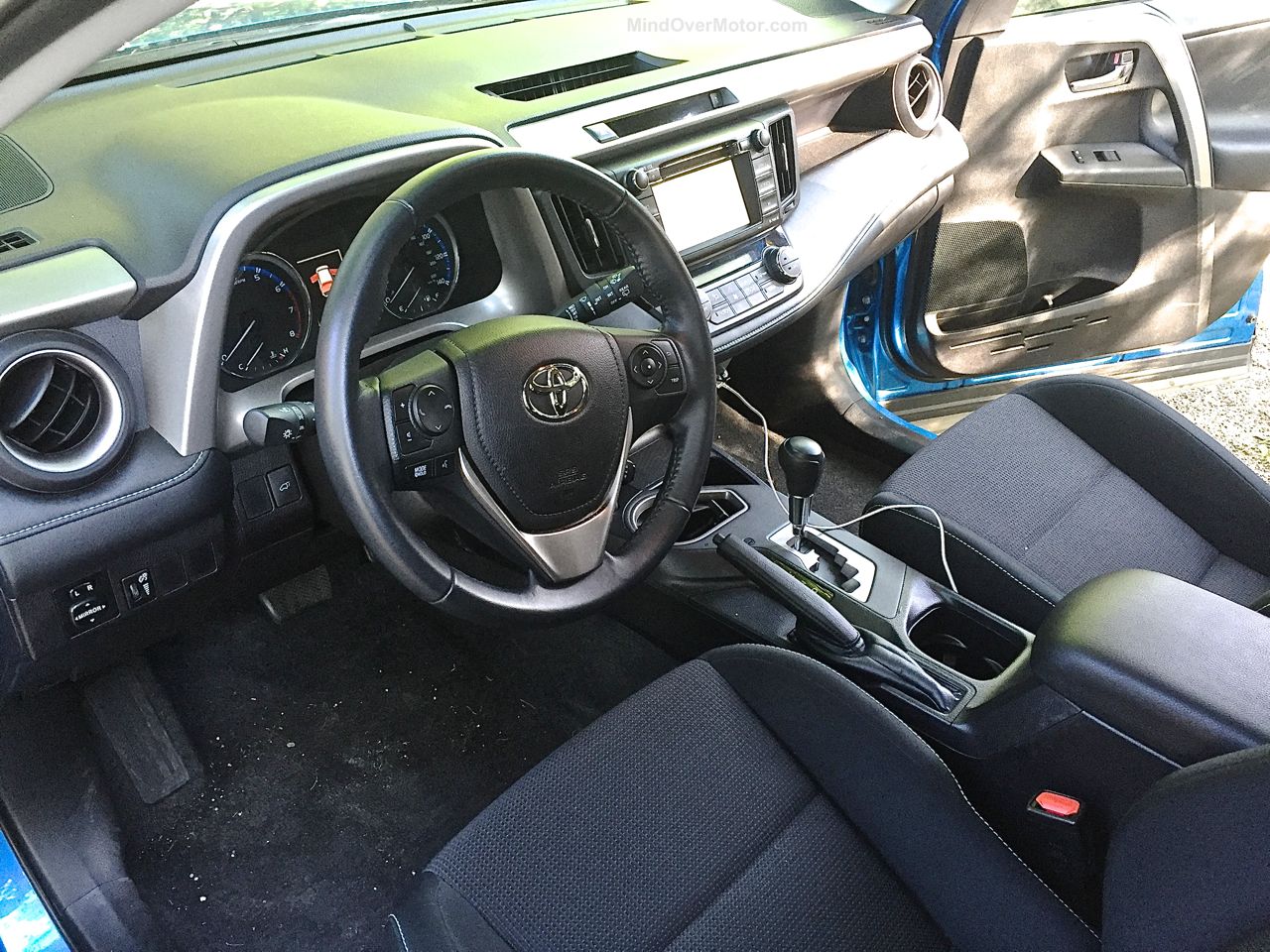 Buying brand new in the mid $20k range, you can do a lot worse than the RAV4. It’s also probably hard to do much better if a crossover is what you want. Toyota is one of the best in the business at building every day transportation machines, and the current RAV4 is pretty damn good.

The most obvious competitors are the Honda CR-V and Mazda CX-5, but I’m going to stop the comparisons there because it will bore me to tears. Go test drive the options and see what you like. 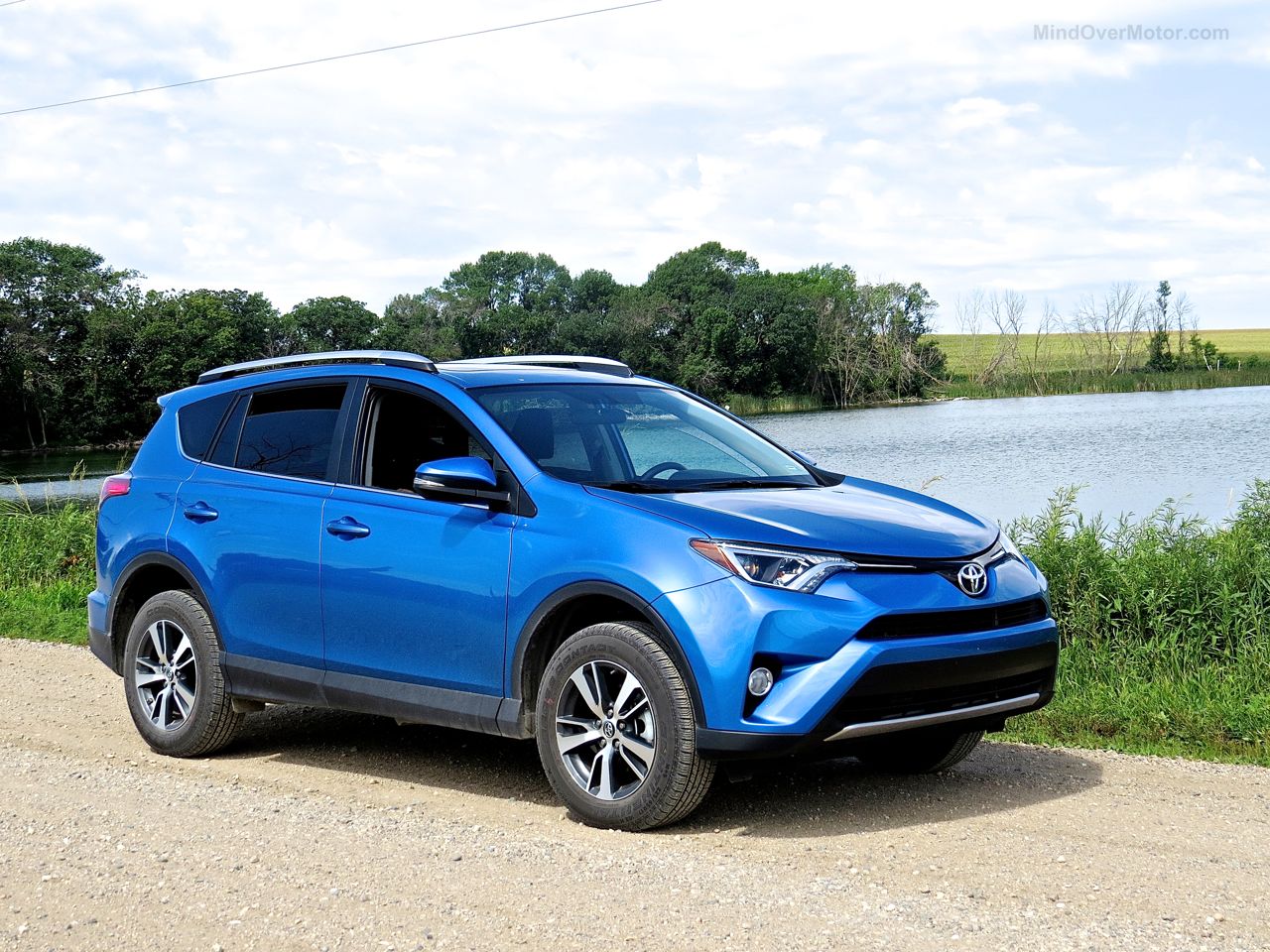 I’ve never really been a RAV4 kind if guy, but you can call me thoroughly impressed by it now. Also, Gab and I test drove a fully loaded one back when she was looking for cars, and it’s almost “Lexus nice” inside. Even as a sports car guy, I’d actually give some thought to having one of these as a practical, usable daily driver in the future.

Toyota has proven themselves the best at making everyday cars over the years. That’s not always the most exciting distinction for us car enthusiasts, but it’s also hard to argue with a job so clearly well done.

This jewel blue Toyota RAV4 was a nice bright spot on our somewhat somber (but also fun and beautiful) trip. It got us up to, and back from, where so many valuable memories were made last weekend, and that’s the essence of what an everyday car is supposed to do.