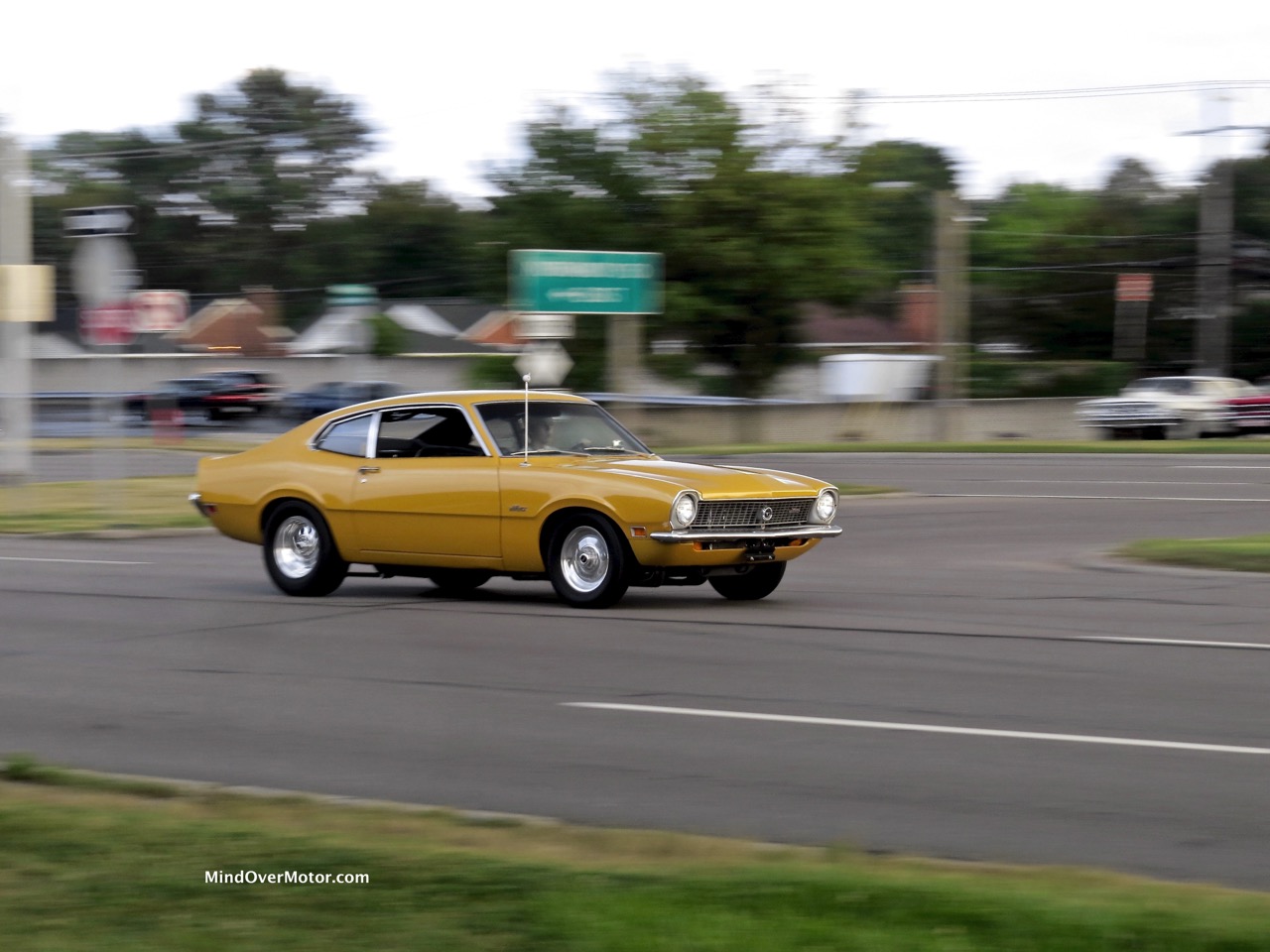 Seen on Woodward Avenue during the meet we attended, this orange Maverick was a well-modified example of a car that some would occasionally write off as just another compact commuter-mobile of the early Seventies. With a set of traction bars, Centerline-style wheels, and big rear tires, this was a small Ford that packed a spicy punch.