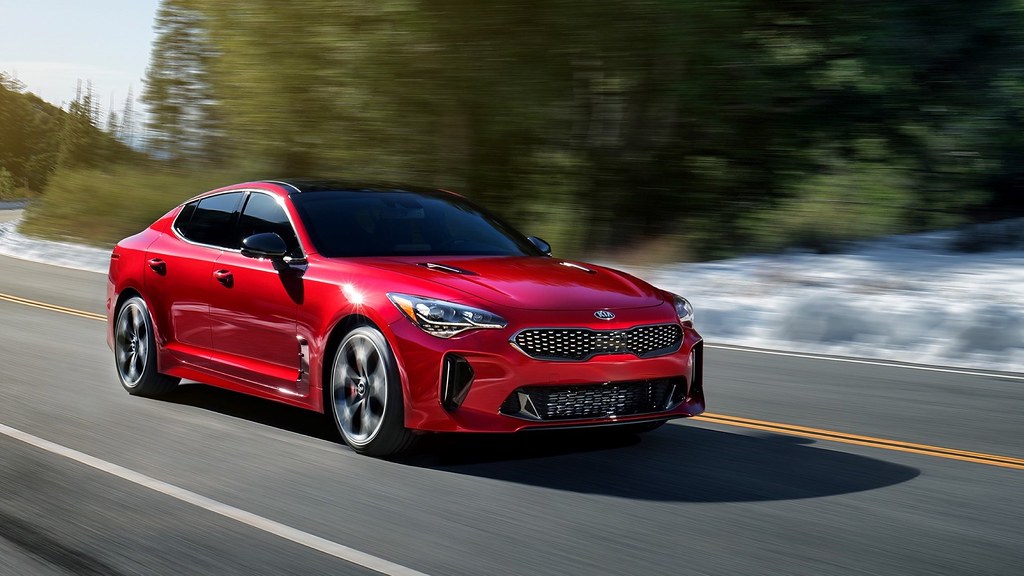 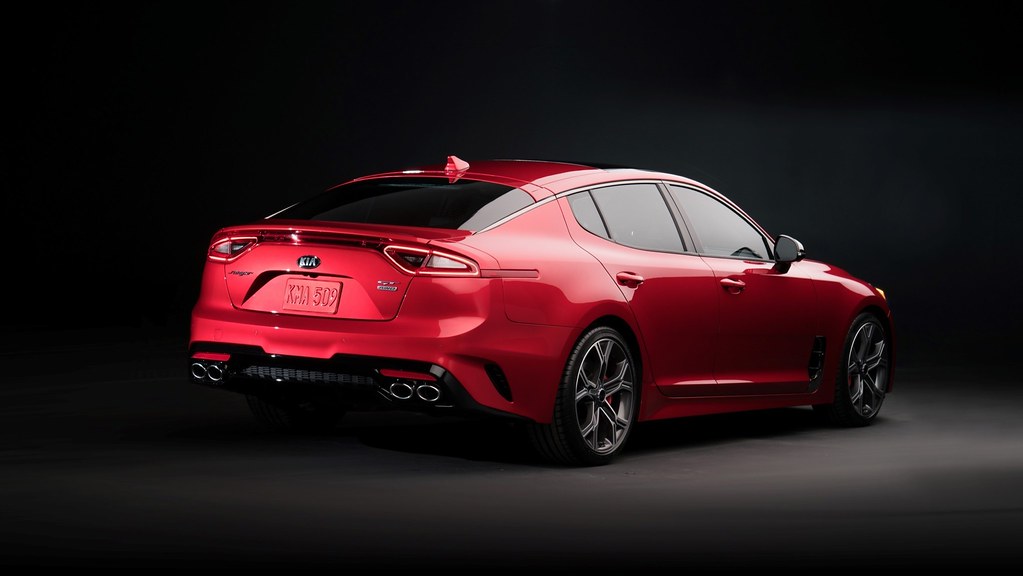 The KIA Stinger is aimed at the BMW 4 Series, Audi A4/A5, Mercedes C-Class, etc. It’s a serious sport sedan, with some enthusiast credentials that the Germans often lack. Most importantly, the rear wheel drive Stinger models come equipped with a limited slip differential, and the all wheel drive Stinger models come equipped with brake-actuated torque vectoring. So basically, it aims to offer the best experience possible with whichever configuration you choose.

For me, the presence of an LSD, especially, shows that the Stinger is a serious effort by KIA at making a true sports sedan here. I cannot tell you how much it frustrates me when any company makes a powerful 2WD car without a limited slip differential, or at least measures to mimic one electronically. Lots of power requires control if it is to be used effectively for speed, and while drifting is also great fun, the real merit of an LSD is in its added traction when powering out of corners. For me, it’s a make it, or break it thing when it comes to any type of sports car. What’s funny is an limited slip diff doesn’t even come standard on a RWD BMW 440i, or the Stinger’s other German rivals. For them it’s a dealer installed option, if it’s offered at all. Only when you get up to the M or AMG models are such things included, and that spelled a major opportunity for KIA to exploit here. 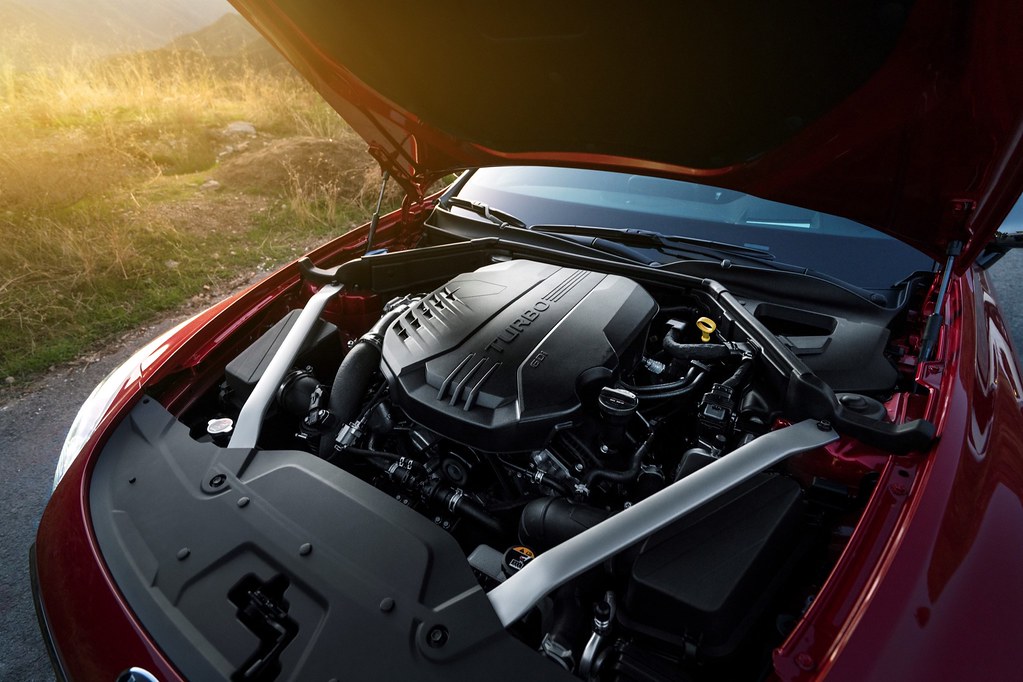 Now, horsepower wise, the Stinger lineup is very competitive. The base model has a 2.0L turbo 4 with 252hp and 260ft/lbs of torque, and the Stinger GT has an impressive 3.3L twin turbo V6 that makes 365hp and 376 ft/lbs of torque. Keep in mind, that matches the output of the BMW M2.

At 5 seconds 0-60, I think KIA’s estimates are surely conservative, especially for the AWD Stinger GT, but regardless, these things are going to move. Top speed on the Stinger GT is limited to 167 mph, though KIA claims to have tested the car at higher speeds on the autobahn. This is impressive performance, especially when you consider that the Stinger’s chassis and handling were tuned on both the Nurburgring as well as Korea’s Yeongam Formula 1 circuit. Also, the man behind the Stinger’s development? Albert Biermann, former head of BMW’s M division, so he brings the pedigree.

I must admit the KIA Stinger has made an astounding first impression, however, I still have some reservations. Great to drive, or not, KIAs do have a reputation for completely falling apart at 102,000 miles, right after their warranty ends. I can only hope they are making efforts to improve their long term quality as well as their image and performance. 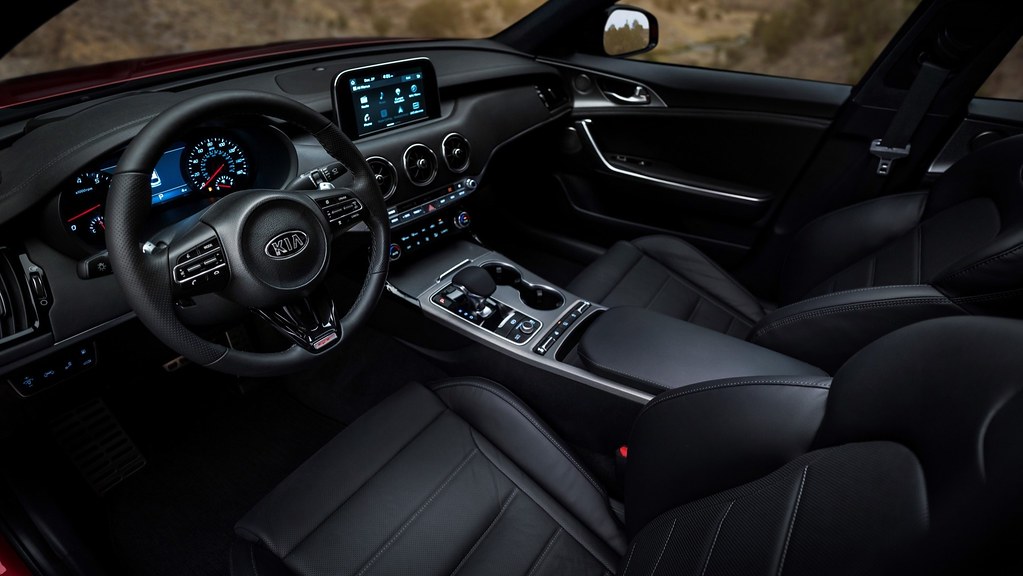 That said, if the KIA Stinger does deliver on what seems to be an ambitious promise, then I’m going to have to seriously consider buying one when its time to merge my STI and my CC into one car. All its performance credentials in an attractive, practical package make the Stinger very, very appealing. It also should have some pretty serious modding and tuning potential, so long as KIA hasn’t cheaped out on the car’s mechanics (which I do worry about here). I mean, at 365hp the 3.3L turbo V6 is barely over the 100hp/L mark, so 450-500hp should be possible (in theory) with basic mods and tuning.

Lastly, I know many people are bummed the Stinger won’t be offered with a manual. I’m usually the first one to grab my pitchfork and light my torch over this, but in a daily driven sport sedan, it’s not a big deal in my opinion. So long as the 8 speed auto is good and shifts crisply, I won’t mind at all.

I love that KIA has been bold enough to sting their way into the performance market with this car. We desperately needed a cheaper, less German, option in the sleek turbo sport sedan segment. This brings us to the price, and where KIA will likely make or break the Stinger. Straight up, I think the base Stinger needs to start just under the $30k mark, and a loaded Stinger GT needs to cap off around $45k, definitely under $50k. If KIA can make the GT start around $37k, and make it so you’d be happy with one around $40k, I think they could also bump off a few STI and Focus RS sales in addition to the German alternatives. As for the 2.0L, I think it should stay under the price range of the GT because the GT takes things to a totally different league. The 2.0L should be able to steal some well-optioned WRX, Focus ST, and even Mustang Ecoboost sales. 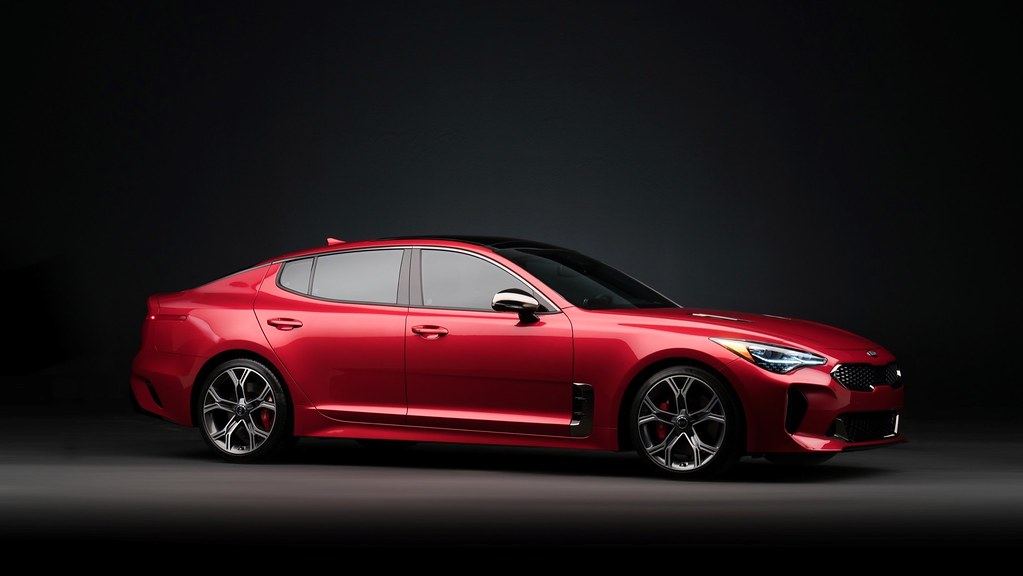 Priced right, I think the KIA Stinger could cause a serious problem for many very respectable cars. You see, the problem is the market has lost a lot of its value these days. There are lot’s of great cars out there, but my god do you have to pay for them. I mean, a 4 cylinder BMW 430i with a few options easily tops $50k… I just couldn’t spend that sort of money on a base model sedan. This KIA may wind up making a serious argument for itself.

We’ll see when they announce official pricing, but I love what I’m seeing so far!

One thought on “The KIA Stinger GT may shake things up”