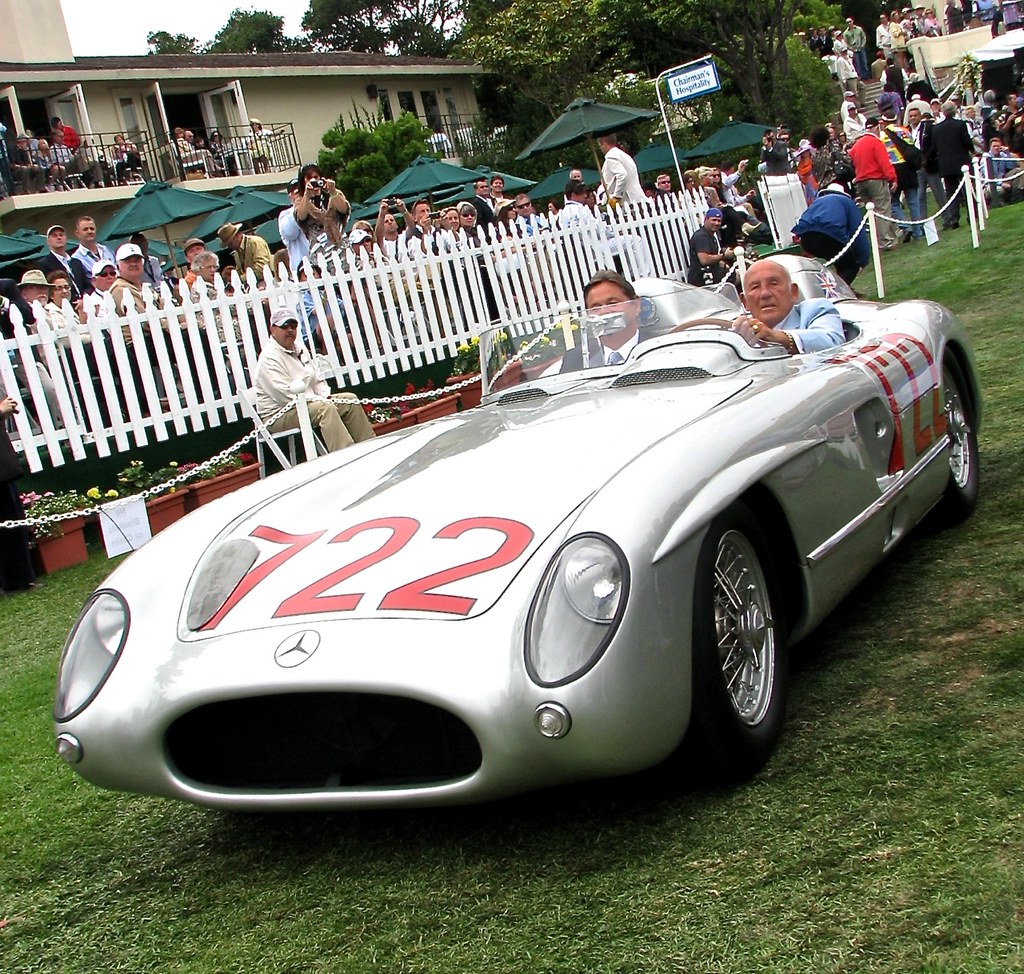 Taking a trip down memory lane, looking through the photos I’ve taken over the years, I stumbled across this gem from Pebble Beach in 2011. It’s none other than Sir Stirling Moss, and he’s driving the legendary Mercedes 300 SLR 722 in which he won the 1955 Mille Miglia. He set the all-time speed record for the Mille Miglia that year, and it has never been beaten.  I realized I hadn’t shared it yet, and it definitely needed to be published.

Sir Stirling Moss is a gentleman about as epic as they come. His wit is hysterical in conversation, and he’s an absolutely fearless driver. Stirling didn’t just put-put the SLR around at the event either. No, after I snapped the shot above, he took the 722 down to the shoreline for a quick photo-op, and then proceeded to absolutely flog the car up the side road behind the lodge. The crowd had moved on while Sir Stirling was having his photo-op, and everyone was astonished and surprised as the SLR’s racing-spec straight-six was fully unleashed, tires screeched, and we all saw a silver flash pass between the openings between buildings. The sound was delicious to our ears, and I was beyond thrilled to see the man himself give it the beans for old time’s sake.

Sure, the 300 SLR 722 is about as valuable as a car can be, easily worth $50 million + if it ever went to auction, but who better to let it rip than the man who still know’s it best? It’s a moment I will surely never forget.

More photos of the car from Pebble Beach below, as well as two videos about Sir Stirling Moss and this most-insane Mercedes racecar. 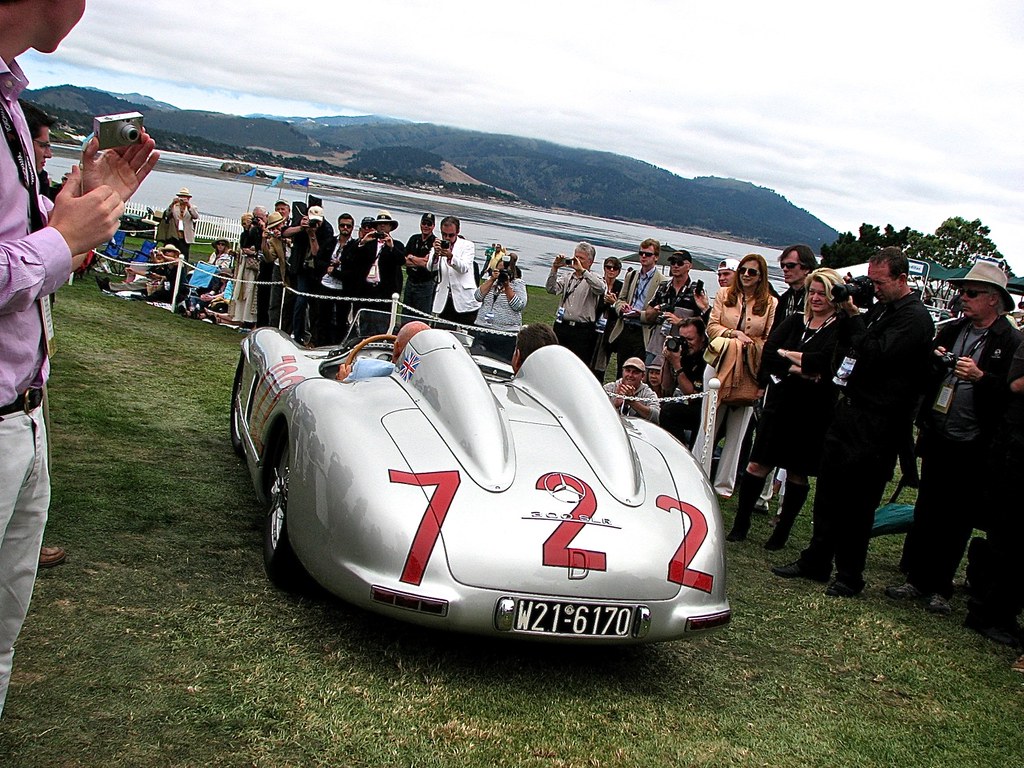 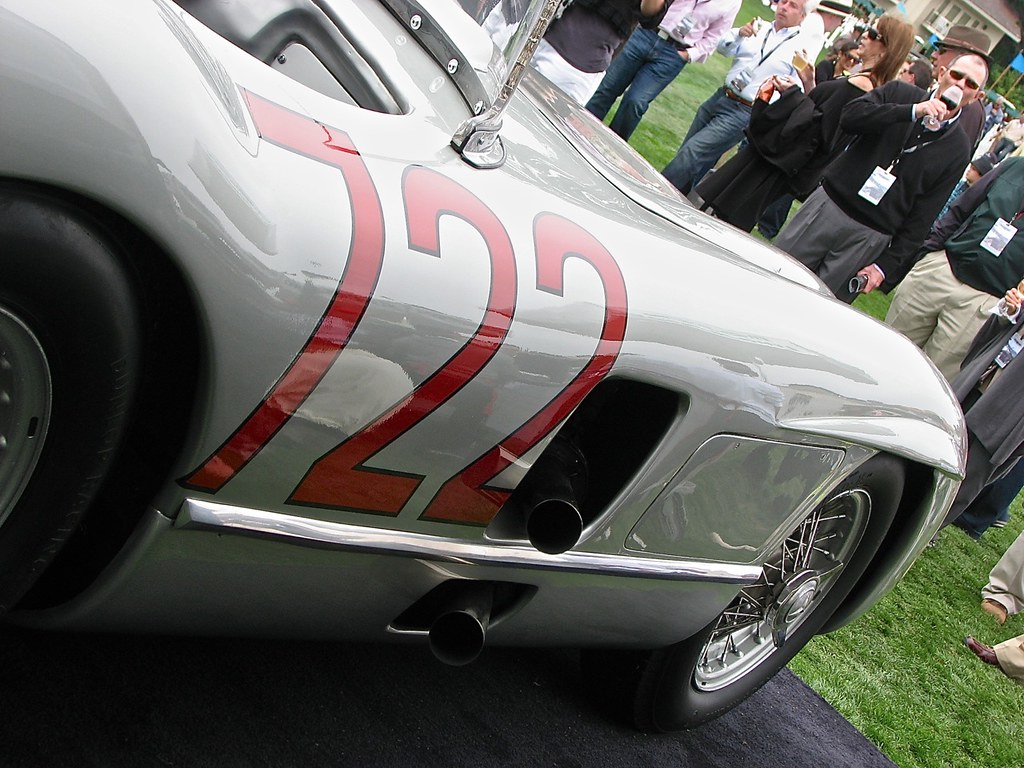 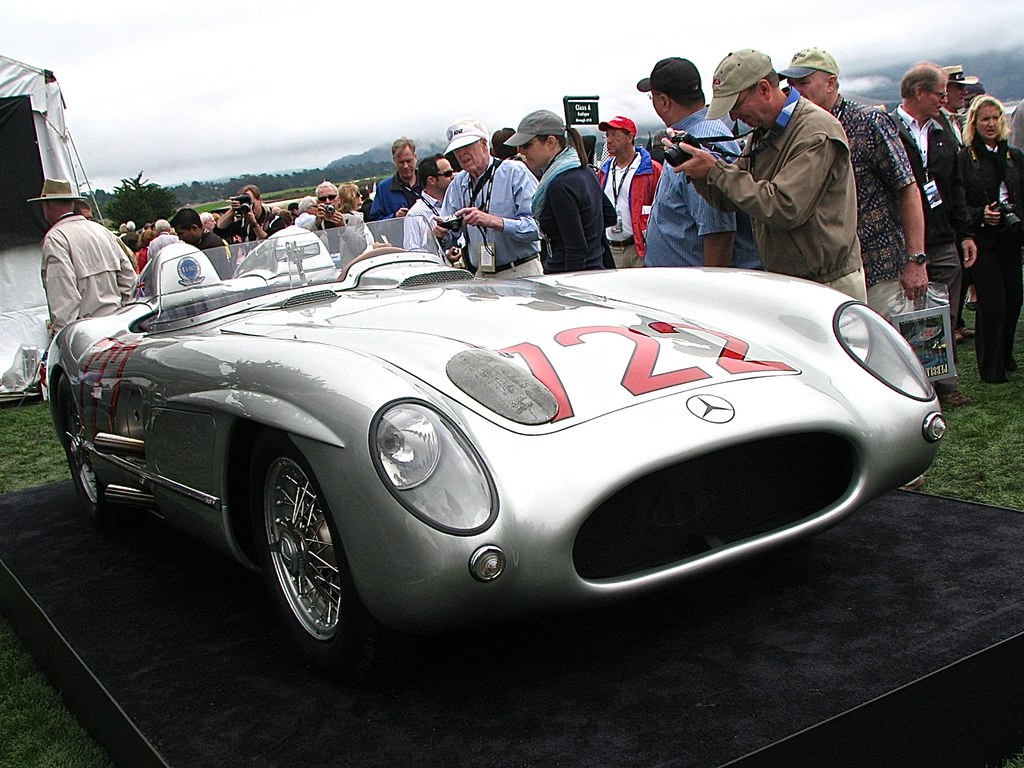 Petrolicious on the 1955 Milli Miglia:

My video from a press conference Sir Stirling held at Lime Rock: