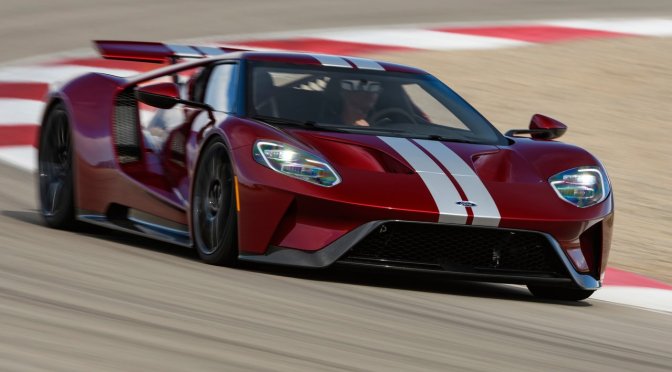 With the release of press all over the internet and the first cars making their way into customer hands, the hype surrounding the new Ford GT is at maximum right now. The first 500 owners of the total 1,000 cars have been selected by Ford, with the next round of selections coming in a few months time.

The big question everyone seems to be asking is, is the Ford GT worth the $500,000 asking price? Those already on the list certainly hope so, and those who will apply for the second half of production are frantically trying to figure it out.

I was very skeptical when I first heard Ford was going to charge over $400,000 for the new GT. But I also expected the general formula for the car would be similar to that of the previous car, just updated for 2018. What has become abundantly clear, though, is that Ford has taken a totally fresh approach in developing the new GT, and that does change some things.

The new Ford GT is a genuine track weapon developed directly in tandem with the Ford GT racing program. It’s a genuine homologation car, just like many desirable cars out there. The Ford GT has the most serious high performance credentials you’ll find in a road car, as well as a look that redefines modern supercar design. In short, I think it proves well worth the half-a-million dollars.

I mean, what makes a car worth $200 grand? $500 grand? A million? In reality, it’s always the relative value it offers. What is unique about it? What can it do that other cars in the same range can’t? And of course, will it hold its value over time, or will it drop like a rock?

These days $200,000-300,000 cars are generally the fanciest non-limited production cars around. They’re fast, they’re fun, but they are still somewhat mass-market compared to more expensive cars.

Million dollar cars, on the other hand, are always limited production, and built bespoke for each customer, just to their liking. Cars at this level are all about being as special and as exclusive as possible, with money being little-to-no object.

$500,000 represents an odd gray area in the supercar market. Cars have to be special enough to justify the price bump over the average $200,000 car, but they can’t be too bespoke or they’ll wind up costing seven figures. The result is a very risky part of the market to buy into because cars at this level that aren’t quite “special” enough can lose hundreds of thousands in value rather quickly. Just look around Auto Trader at used Aventadors in the mid $200,000s and imagine being the poor sap that spent $550,000 on it a few years ago. Ouch.

I think the Ford GT likely has the right combination of special features to be a good buy at $500,000, though. Unlike a standard Aventador, the GT has a fixed production run with a closed ordering process. That means everyone won’t be able to just go buy another new GT in a different color next year, like so many do with Lambos. The Ford GT is more like an Aventador SV or a Ferrari 458 Speciale in this regard, with its production strictly limited. However, I see the GT as even more special than either of those because the SV and the Speciale models are based on non-limited Aventadors and 458s, whereas the Ford has no “lesser” version.

Lamborghini may have only made 600 Aventador SVs, but they also built 500 Aventador SV Roadsters, as well as another 4,000 or so standard Aventadors. After the new Aventador S is finished, there will be around 6,000 total Aventadors on the road. Meanwhile, there will still only be 1,000 Ford GTs out there. That’s why I consider it a more special car in real terms, because it’s genuinely rare, and not merely a special edition of a wider model. I think that gives the Ford GT a real leg-up on most other $500,000 cars out there, especially if we’re only talking brand new.

I’m not saying the Ford GT will definitely be an investment long term, but I do think it should at least hold onto most of its value. I don’t think this will be a $500k car turned $200k car without some larger worldwide economic catastrophe.

Values in the short term may go a little crazy while availability is still so limited, and while most owners aren’t allowed to sell. Once selling is freely allowed, the value will level off. There will be a chance in the short term for some to make a quick buck, but it’s very much a game of hot potato. You won’t want to be the guy who bought one for $1 million when they start becoming more freely available on the market. I think the number then will be $750,000 tops, with values stretching back into the $400,000 range for cars with more use on them.

I think list price is a fair deal for the Ford GT, and even up to $700,000 secondhand won’t be too bad a buy in the long term, if you can find any that low. I think spending more than $700,000 is foolish  because I don’t see most GTs holding that sort of value once the resale embargo drops.

The new Ford GT is not trying to be the old Ford GT, and I think Ford made the right choice there. The world didn’t need a Ford 488 GTB, but a modern LeMans car for the street is something we actually don’t have right now, especially not for $500 grand.

So there’s my take on the Ford GT’s price. It’s probably the best new car purchase in the $500,000 neighborhood, and I think it remains a very serious contender when you consider used options as well.

One thought on “Ford GT: The Half-a-Million Dollar Question” 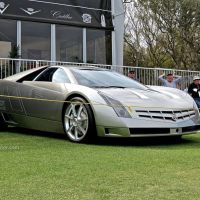 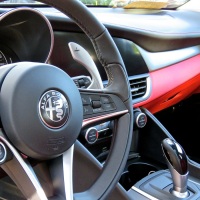