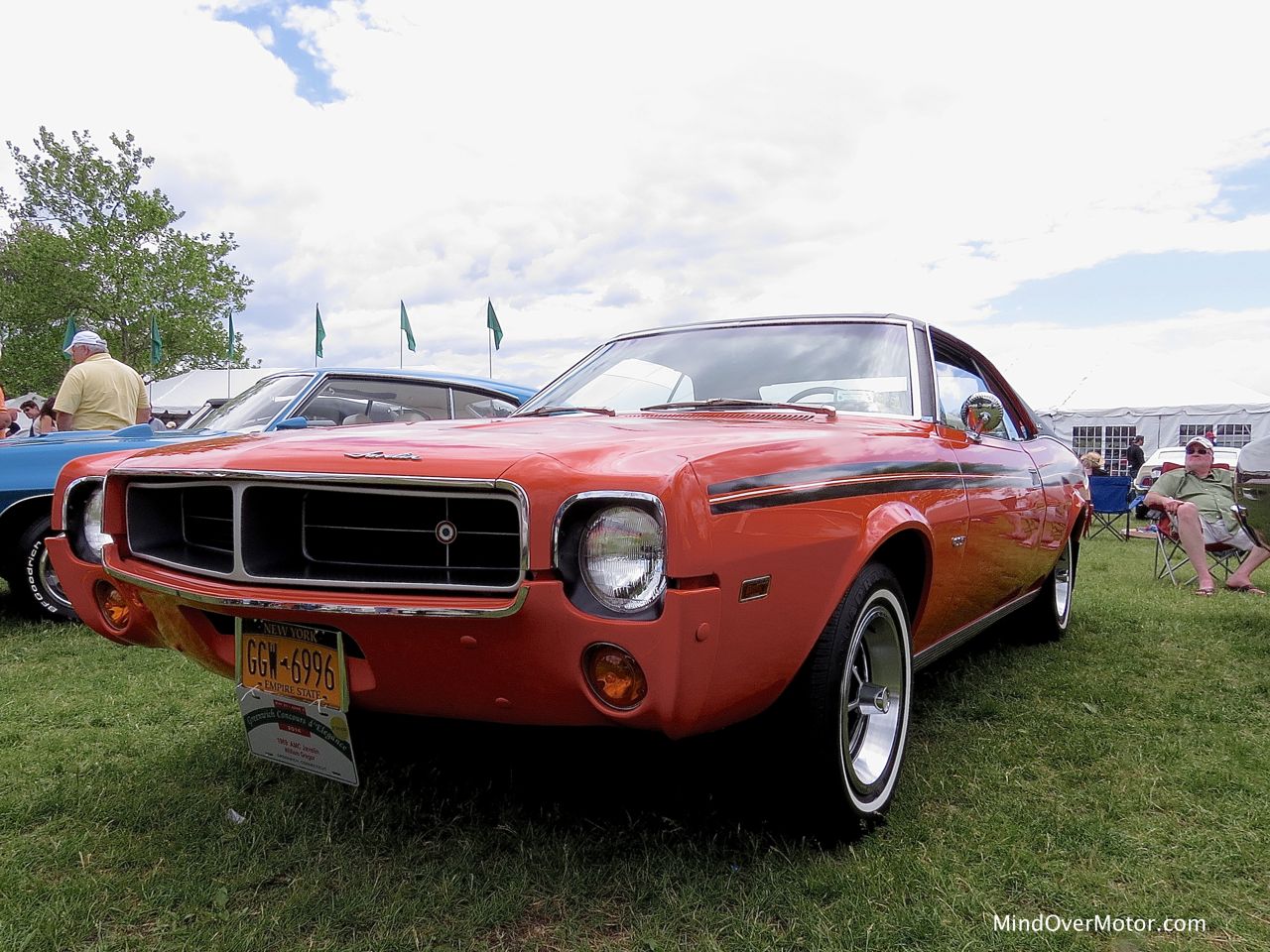 The AMC Javelin, in my opinion, tends to be an unloved pony car among the early examples of the late 1960s. After American Motors realized the Rambler Marlin was too big and heavy to compete with the lithe Mustang, Camaro, and Barracuda, they launched the Javelin in the spirit of the muscle car era, with a catching profile, low front end, and a nicely extruded wide stance. This 1969 SST model, the top-of-the-line trim level available that year, is optioned exceedingly well, including AMC’s nasty 390 cubic inch V8, body-color bumpers, and spiffy side stripes. Apperntly, this car is still with its original owner, who bought it for his daughter to use in high school and has restored it back to factory condition quite recently. I think it’s fair to say this among the Javelins I have seen through the past couple of years or so, this one is easily my favorite and even has a classy, stylish Sixties vibe to it with the vinyl roof, whitewalls, and Magnum 500 rolling stock. Enjoy the photos of this independent classic. 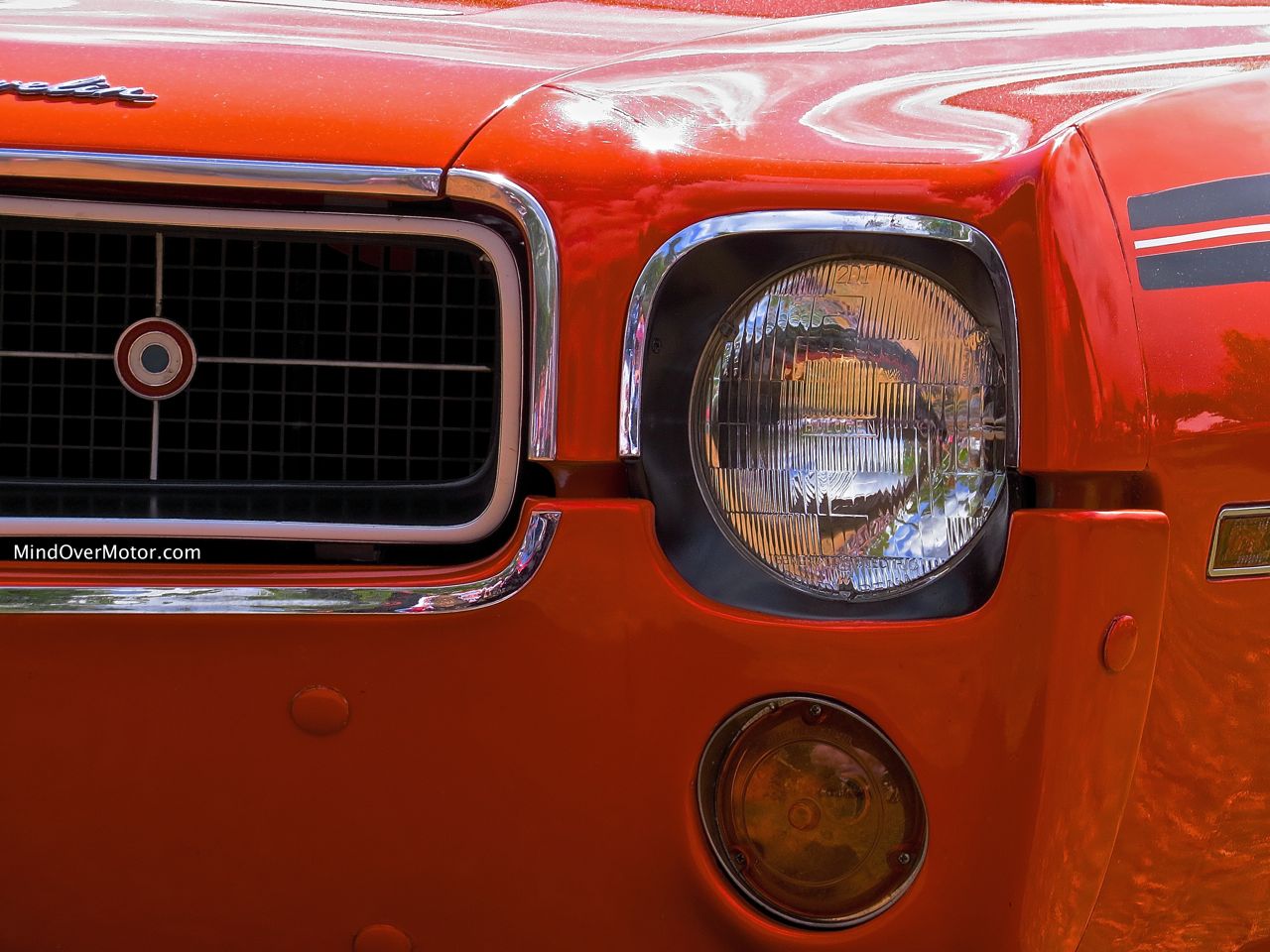 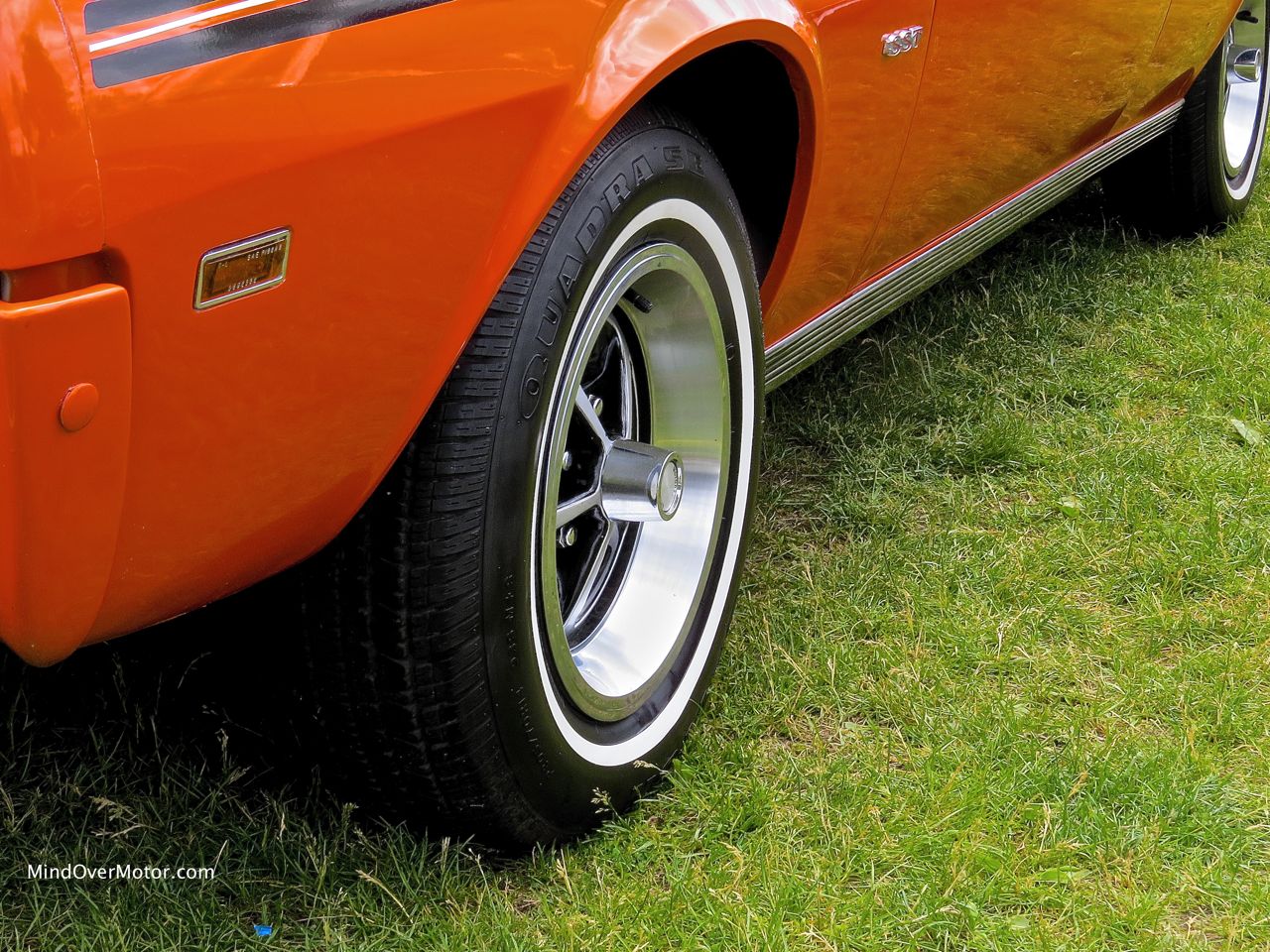 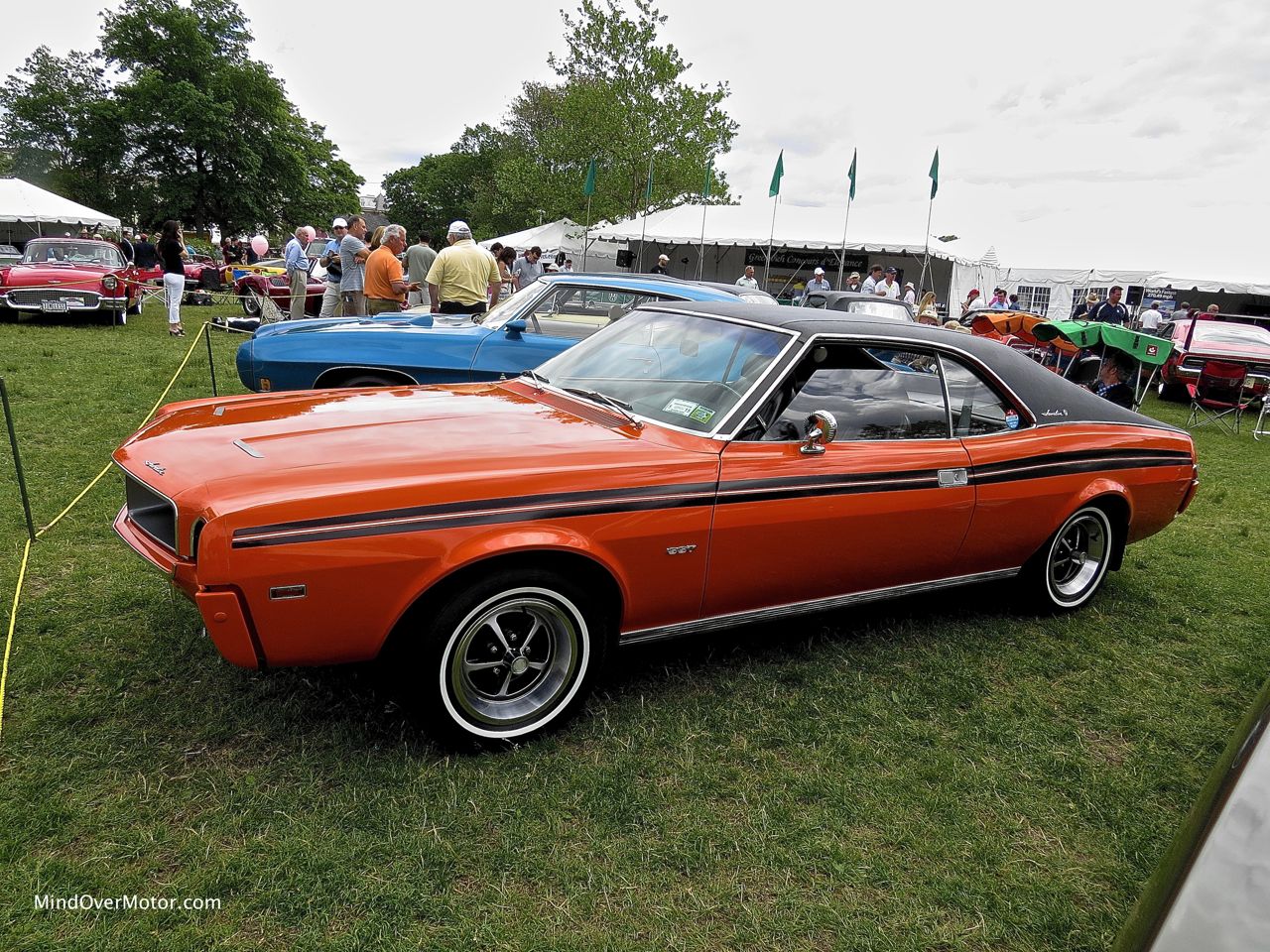 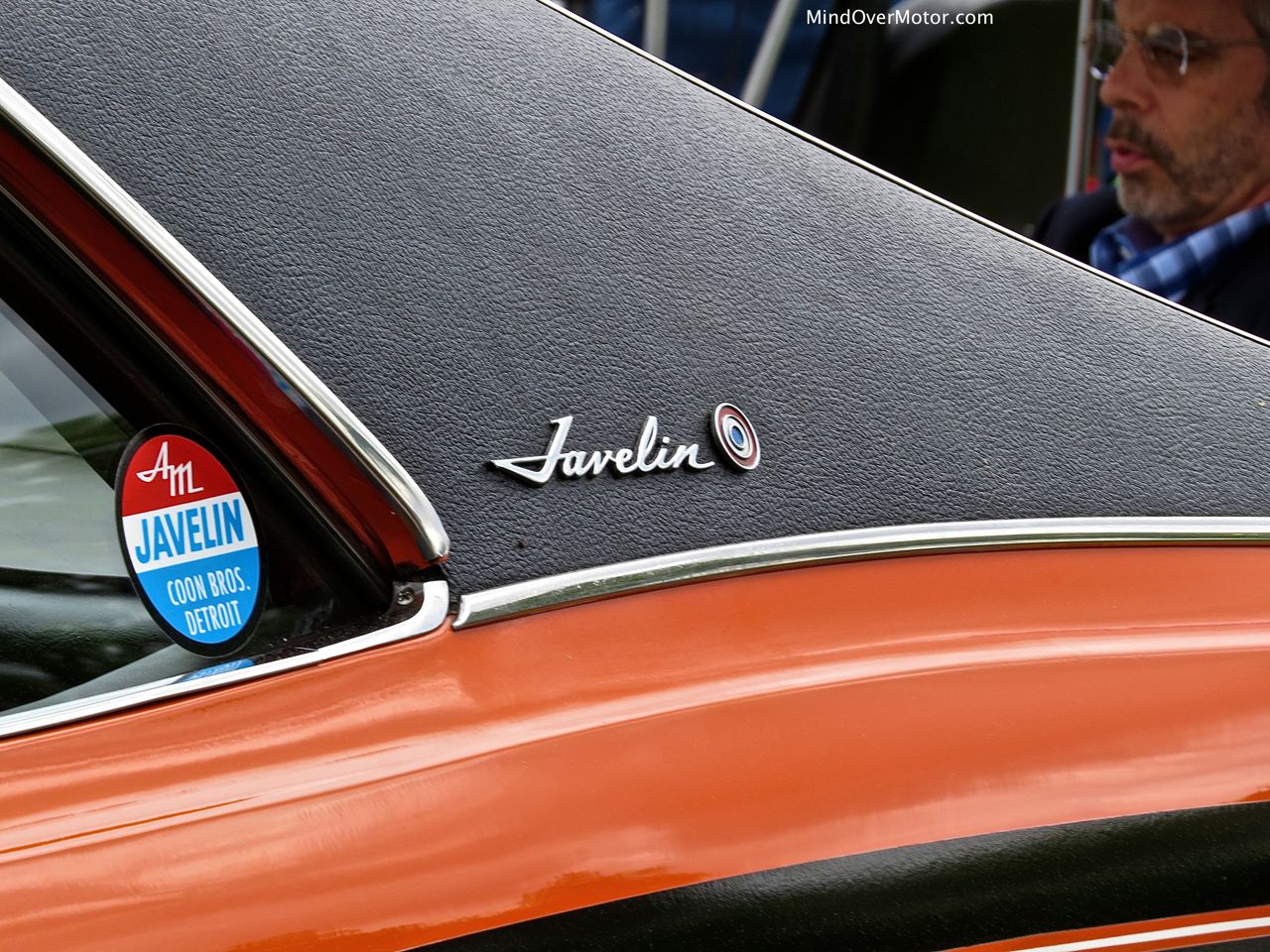 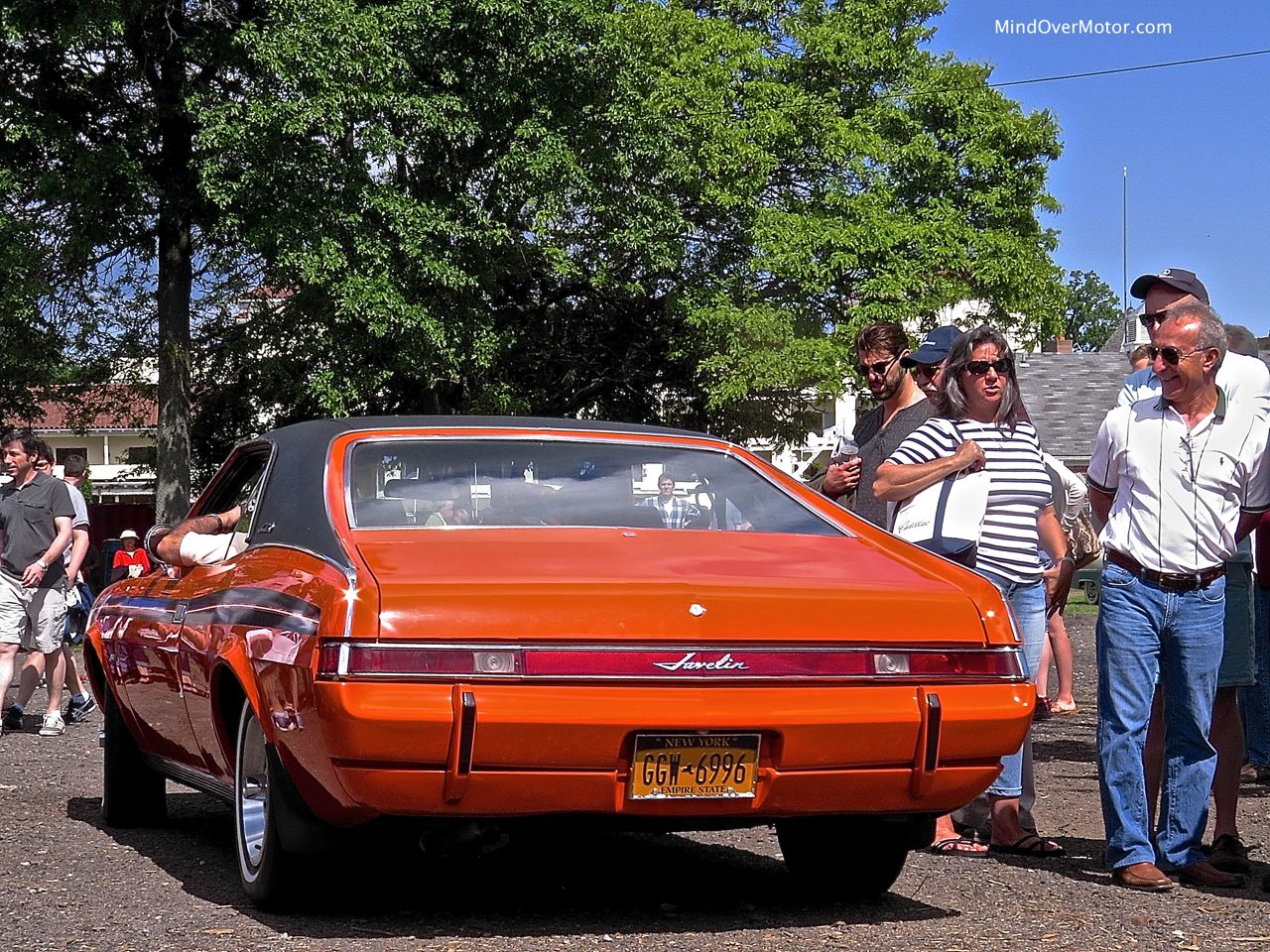 One thought on “1969 AMC Javelin SST at the Greenwich Concours”