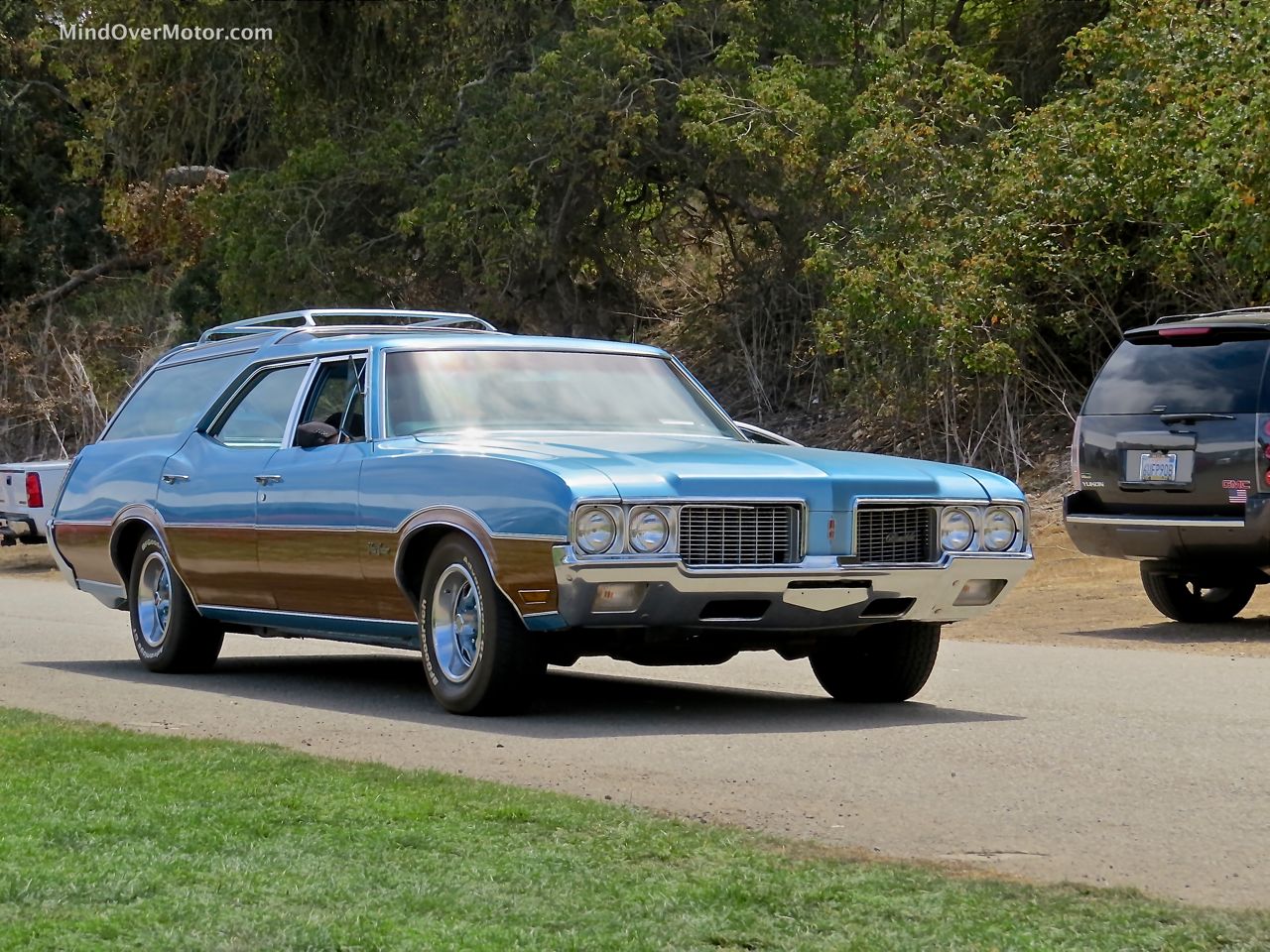 While Nick was busy walking to the rental car after we got done taking photos at Bonhams, I was busy trying to line up a shot of a rather humorous “YOLO” style plate on a Lamborghini Gallardo when one of my all-time favorite early-Seventies pieces of Americana rolled into view. These guys were a cool bunch, and when I asked them the most important question of “What’s under the hood?” they simply said it was running a 455 cubic inch big block V8. Frankly, when it comes to an early Seventies Oldsmobile Vista Cruiser, a 455 is the most acceptable engine in a most classy way to transport your groovy Seventies clan. Combine that with a good looking light blue, wood simulation on the sides, and the great sunlight of Central California in August, and the recipe for fun is nearly complete. Enjoy the photos. 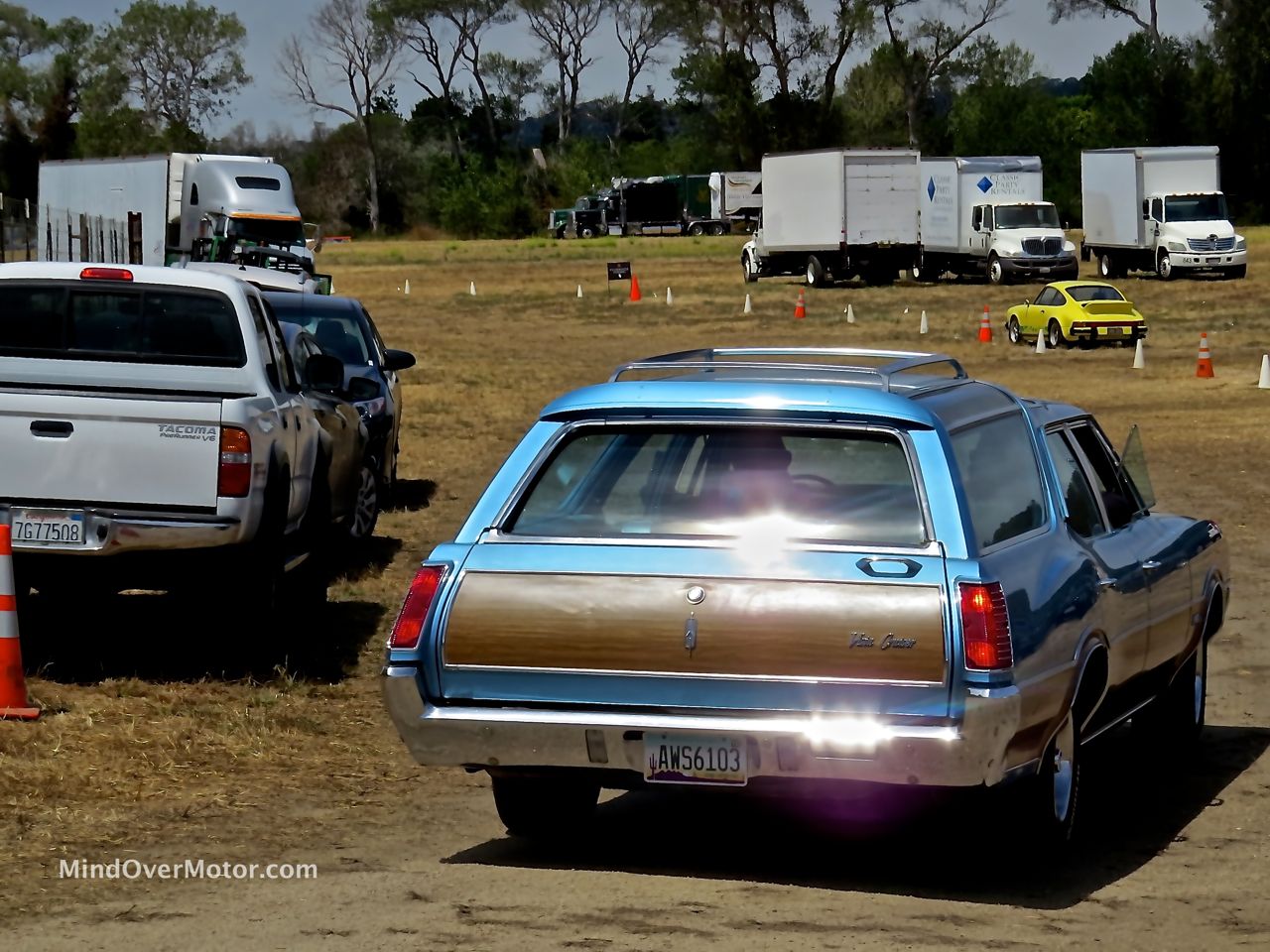