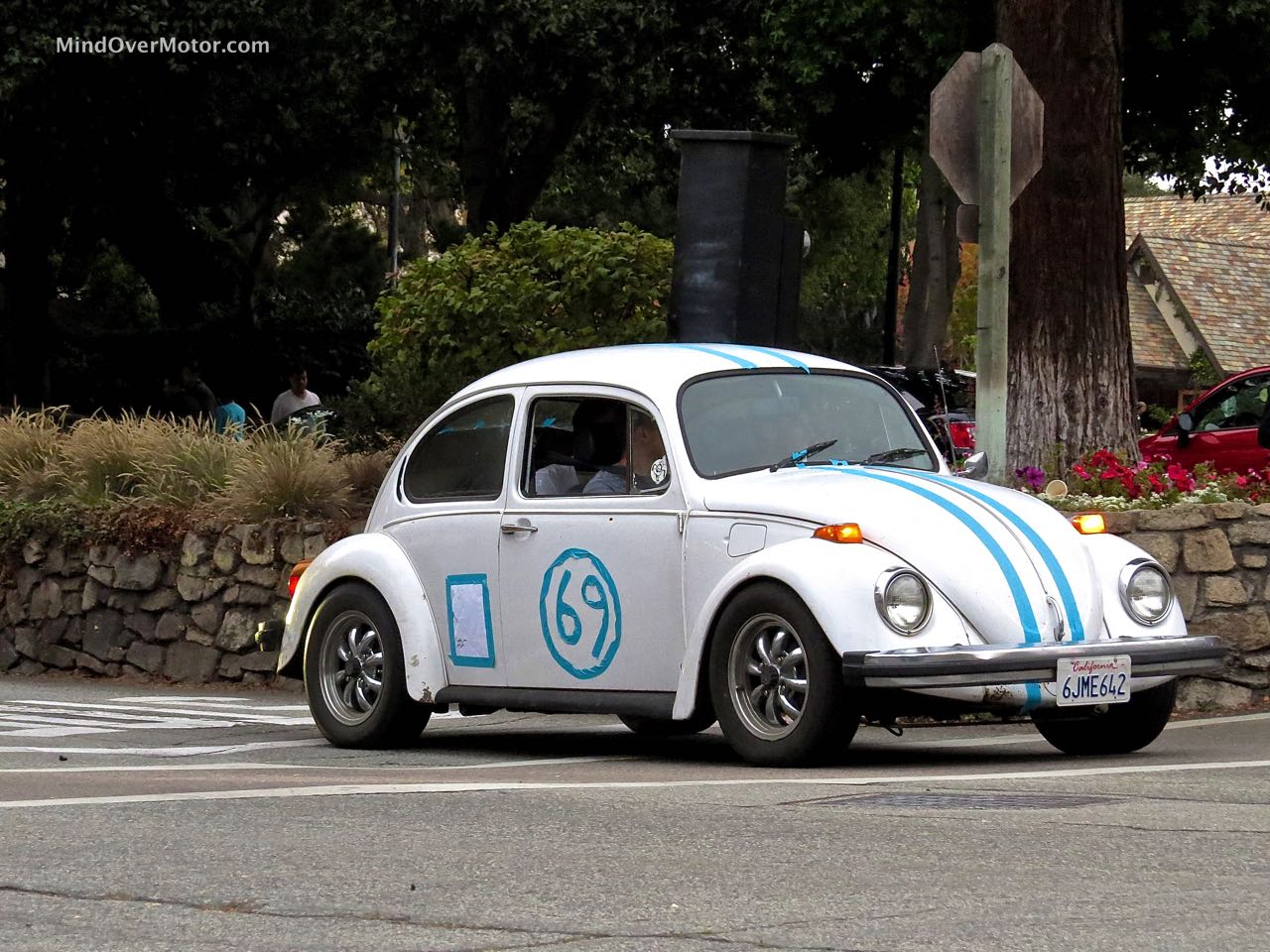 When it comes to the VW Beetle, I’m not the biggest fan in the world, but I tolerate them. Of course, one that’s been modified in some amusing way will keep my attention for a good amount longer. This little white Beetle had some turquoise tape stripes (clearly made of tape), cool Minilite-style wheels, and some writing on the back window. It’s nowhere near the caliber of any other car that I saw running around Carmel that evening, but this unique little Beetle (which has a “turbo” and “1000 Horsepower” according to the written notes on the back end) has a draw and a charm all its own. 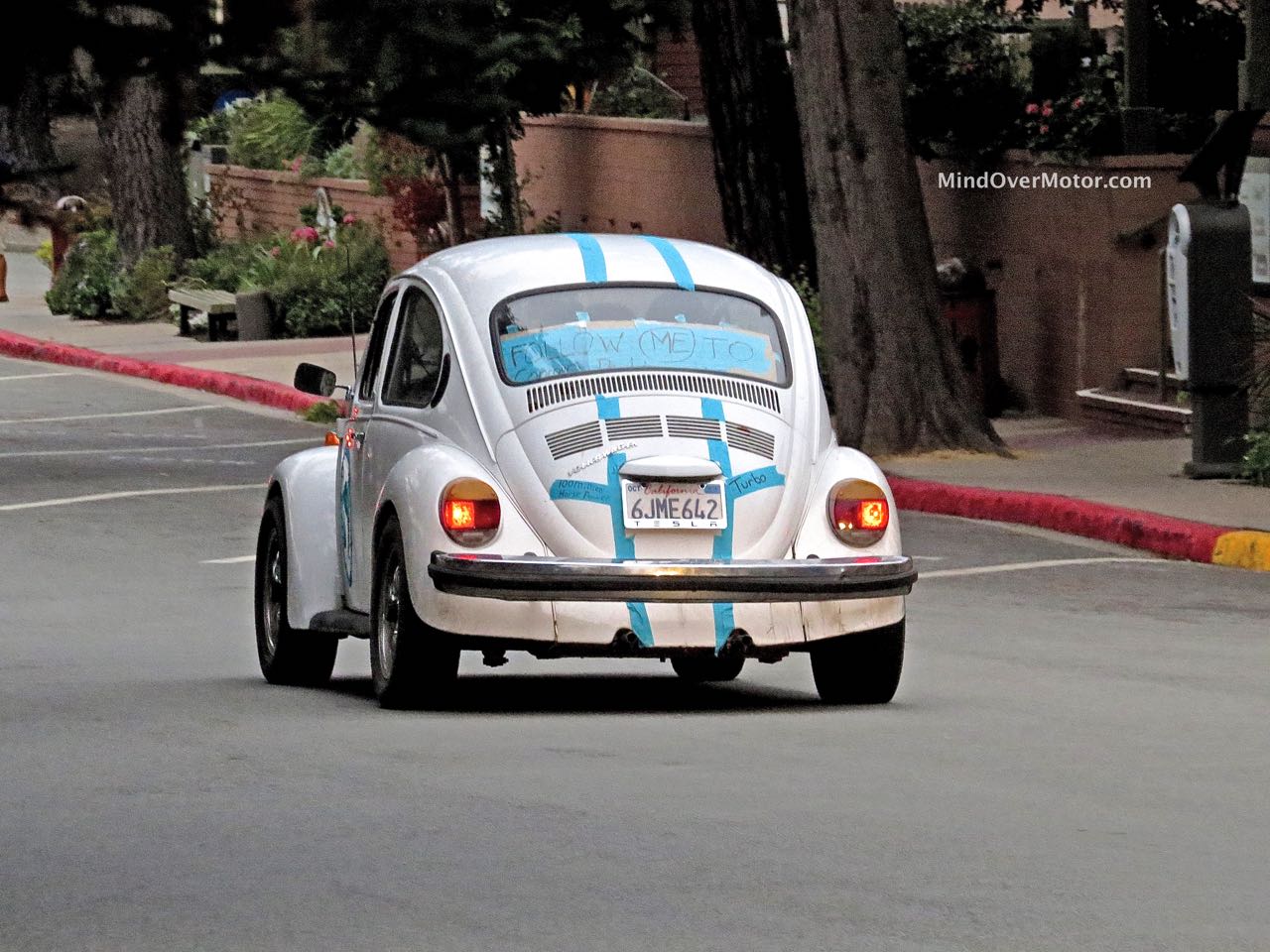