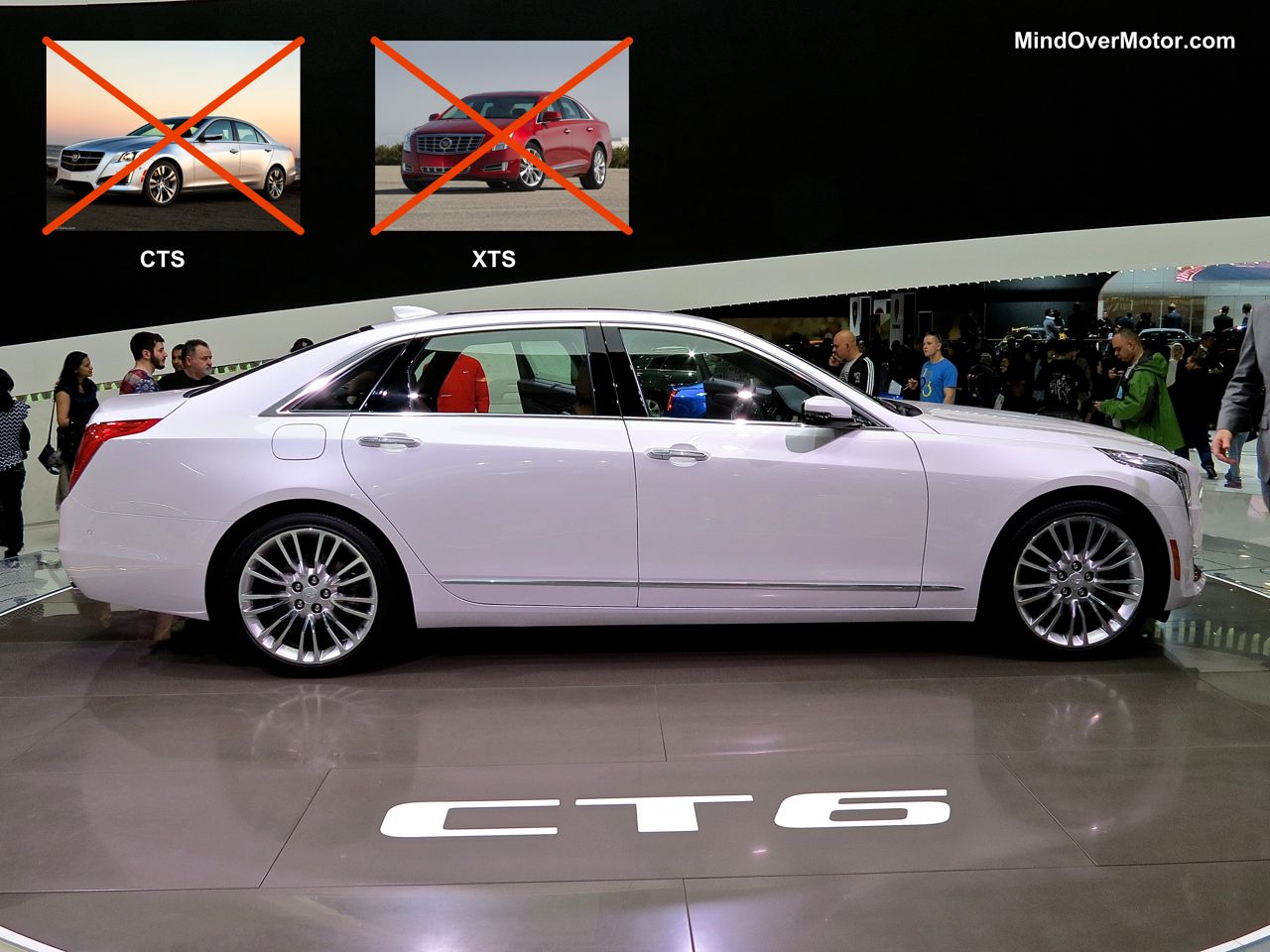 This isn’t any sort of official “scoop”, more of an educated hunch. But I think I can see a lot of where Cadillac is going to be headed in the next few years from the details of the CT6 alone. This hunch came about when I heard that Cadillac had announced it would be killing off the XTS, CTS, and ATS in the next few years.

You see, everyone seems to think that the CT6 is going to be a BMW 7 Series and Mercedes S-Class competitor, but Now I can see how it won’t be. In fact it is effectively the replacement for both the current CTS and XTS, and it represents an entirely new approach for the Cadillac brand. One which they will be expanding upon in the coming years. Here is how I have come to this idea.

What we can pull from this is not only that the CT6 is really the CTS successor, but also Cadillac’s new approach to making cars…. and that is “Bigger and Better.”

Look at the Cadillac CT6 compared to the BMW 5 Series. It weighs the same, it will have similar prices, and, with similar engines, will have similar performance. But the CT6 also offers cabin space and many luxury features generally reserved the class above. With the CT6, Cadillac is offering a BMW 5 Series rival, but with the luxury of a BMW 7 Series. It is literally bigger and better than a 5er.

I think Cadillac will apply this approach to all of their new models, offering luxury and space that is above the norm for each segment. It completely explains their obsession with making their cars light weight, so they can offer more tangible size than the competition, without sacrificing performance or fuel economy.

The ATS and CTS have both received complaints for being too small for their class, in terms of cabin space. Plainly, being cramped has never been the Cadillac way. That is probably why they are saying there will be no direct successors to the CTS and ATS, because those models are “Smaller and Better”, not “Bigger and Better.”

We can likely expect the effective ATS replacement to be called the CT4, and likely be around the size of a BMW 5 Series with the weight of a 3 Series. The CT6 is basically replacing the CTS, as explained above. Finally, the Big Daddy Caddy will likely dubbed the CT8. It should offer Rolls Royce and Bentley levels of luxury for the price of a BMW 7 Series or Mercedes S-Class.

Why hasn’t Cadillac just called the CT6 the CTS’s replacement? Because they just brought out the new CTS two years ago, and they’d still like to be able to sell them. It’s common knowledge that you don’t badmouth your own product. That’s what us bloggers are for, to call things as they are.

If I’m right, and this new “Bigger and Better” approach is for real, then Cadillac is back!

9 thoughts on “Calling It Early: The Cadillac CT6 is Really the CTS Replacement”