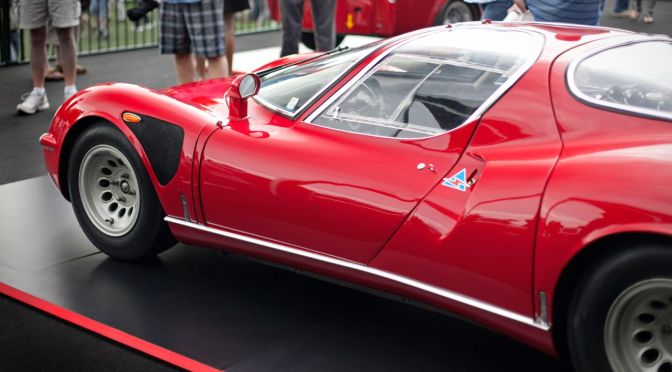 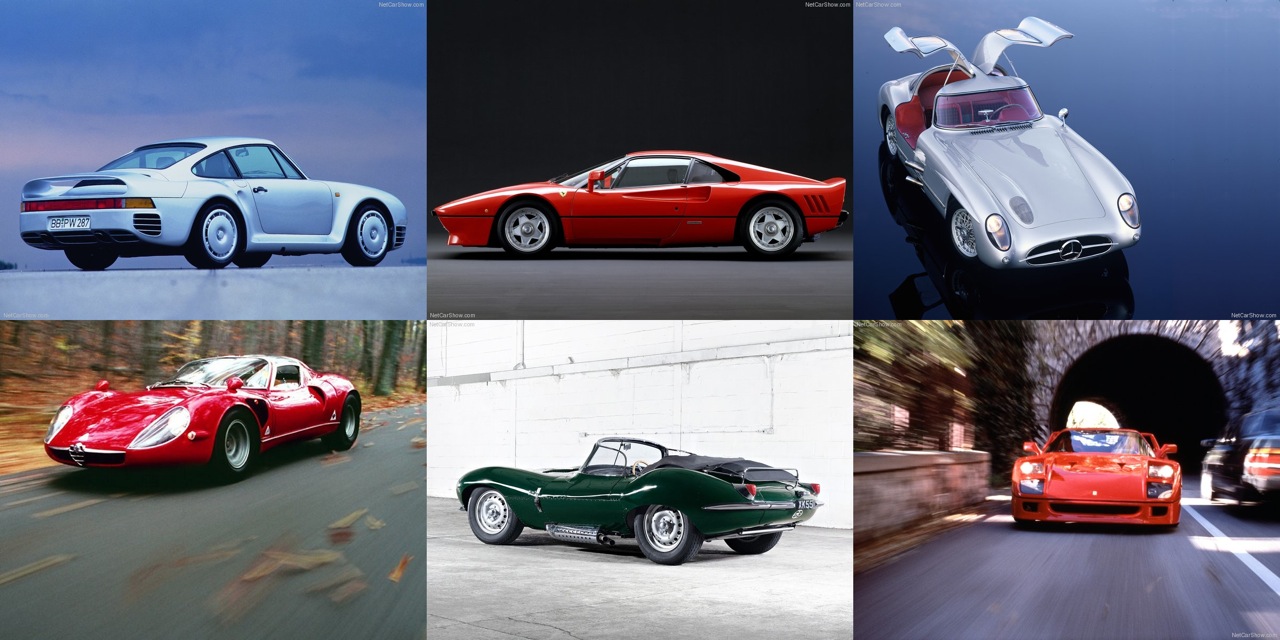 What is a hypercar? A hypercar is a supercar among supercars.

What is a supercar? A supercar is a faster, more extreme sports car.

What is a sports car? A sports car is a driving-focused machine in purpose with transportation being a secondary concern.

But where did it all begin, and how has this ultimate class of cars developed over time? Let’s go back to the 1950s. 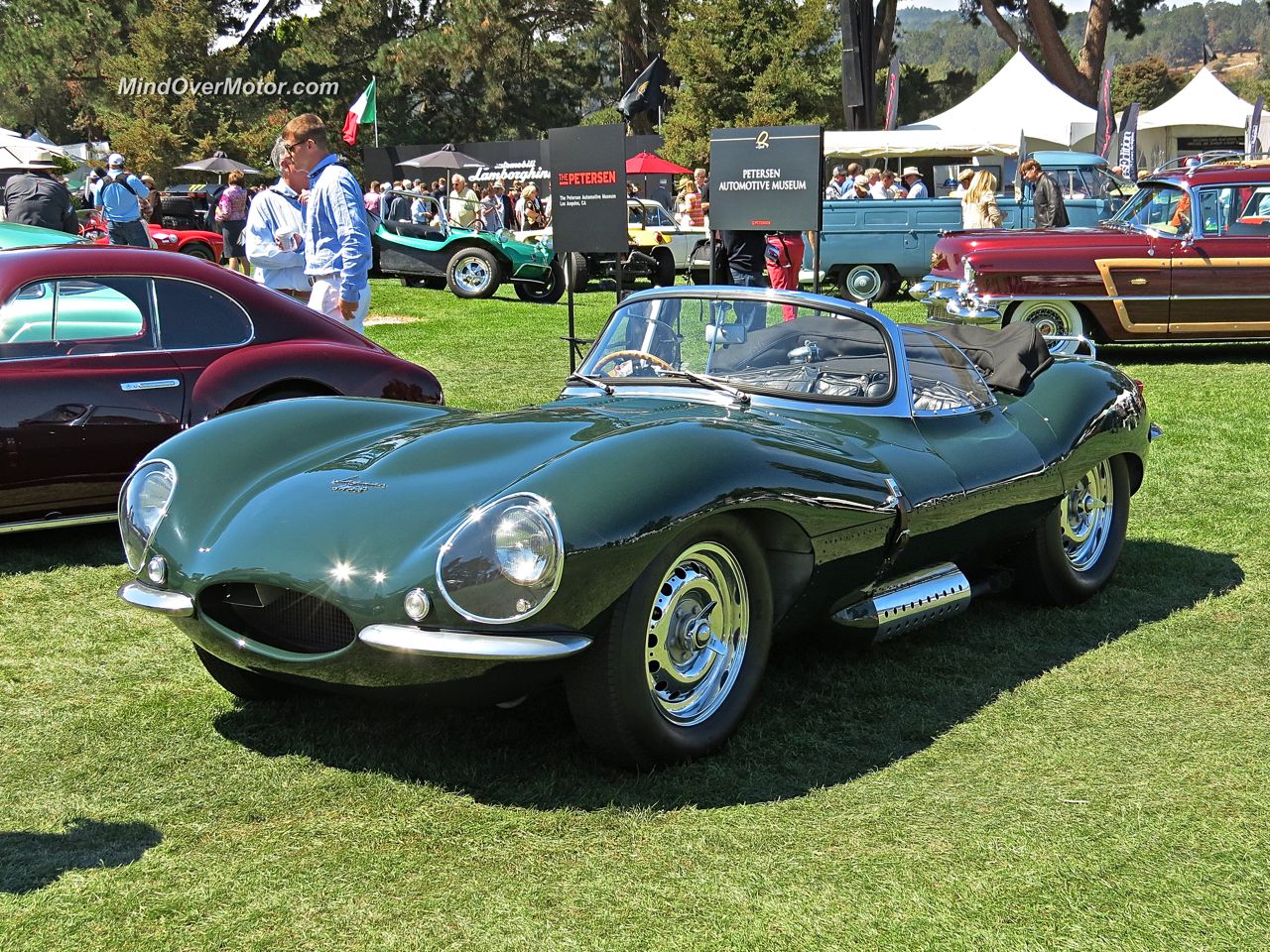 Two cars from the 1950’s stand out as the precursors to the birth of the hypercar. One is the Jaguar XKSS, and the other is the Mercedes 300 SLR Uhlenhaut Coupe.

When Jaguar retired the D-Type racing program after the 1955 season, they had a few partially finished D-Type chassis still laying around. They decided to trun them into road cars and sell them to customers as the Jaguar XKSS. Jaguar made the necessary changes to the D-Type to make a road-legal XKSS, and planned a production run of 25 cars. Unfortunately a fire destroyed 9 of those 25, so only 16 wound up being built. The Jaguar XKSS was effectively a road legal version of the Le Mans-winning D-Type, so naturally Steve McQueen had to have one.

On the Mercedes side, the 300 SLR Uhlenhaut Coupe was the brain child of Mercedes Motorsport Chief, Rudolf Uhlenhaut. He wanted to build three road-going examples of the famous 300 SLR racing car, complete with the 300SL’s gullwing doors. Mercedes, however, decided to pull out of motorsport in 1955, and Uhlenhaut was only able to build himself a single such “company car.” He was noted to have topped 180mph in his 300 SLR Uhlenhaut Coupe on the autobahn. 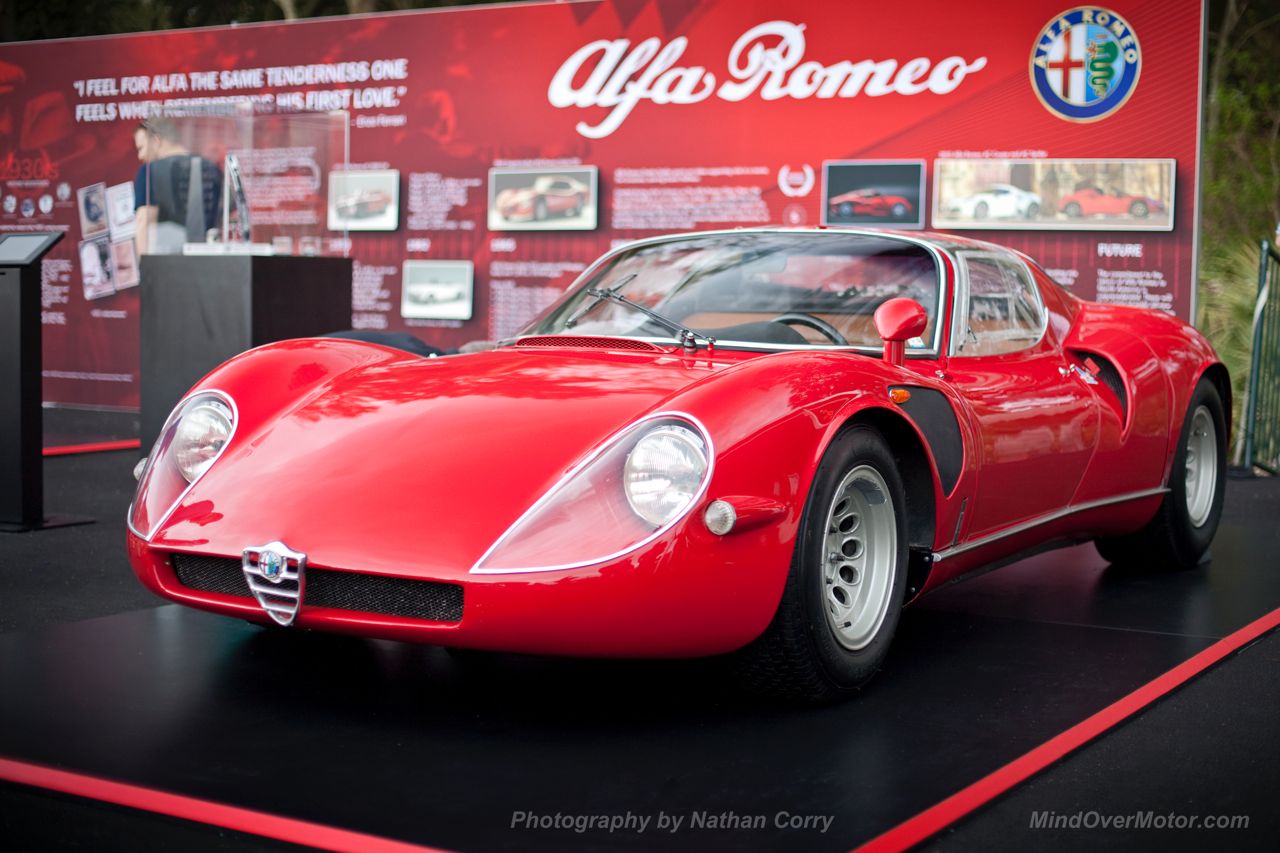 1960’s
I credit the true birth of the hypercar to the Alfa Romeo Tipo 33 Stradale. It was a purpose built road car that came directly out of Alfa Romeo’s Tipo 33 racing program. It featured the chassis design of the Tipo 33 racing car underneath it’s beautifully sculpted bodywork. It also had a the same 2.0L V8 engine as the racing Tipo 33, though slightly detuned to around 230hp from 270hp in road spec. The car weighed a scant 1,543lbs, though, so it was still quicker than most other road cars at the time.

The Alfa Tipo 33 Stradale also was the first road car to feature gullwing doors, and had unique curved glass windows. It was a race car underneath, but it was also the most exotic thing on the road in the late 1960s. Just 18 Tipo 33 Stradales were built, and each cost a staggering $17,000 at a time when the average car cost around $2,000.

Compared to a Lamborghini Miura, the first mid-engine supercar, the Alfa 33 Stradale was a much better all-round performer, being derived from a racing car. The Miura had great top-end speed, but it was a road car through and through and never saw racing competition. Around a race track, the Alfa would run rings around the Lambo all day long.

That relationship begins to define what a hypercar is compared to a supercar.

In the 1970’s the supercar really took off with the advent of the Lamborghini Countach and the Ferrari Berlinetta Boxers. Hypercars were really non-existent, though. If we look at the hypercar as a “supercar among supercars”, then it makes sense that the supercar would need some time to become well defined before something greater could really take shape. So the hypercar would have to wait out the 1970’s to really gain its own definition on a larger scale.

Ferrari 288 GTO
Group B was the craziest form of rally racing the world had ever seen, or ever would see, and Ferrari decided they wanted in. Ferrari took their entry-level V8 supercar, the 308, strapped two turbos to it, and the 288 GTO was born as a homologation special. Unfortunately the 288 GTO was unable to ever compete in Group B, so all 272 units produced wound up as road cars.

With the 288 GTO, Ferrari found out that there was indeed a demand for something more than your average supercar on a scale that was more than just a handful. With this realization, the hypercar became a real focus for the industry.

Porsche 959
Coming off of the success of the 935 racing program, Porsche also sought to make a road car that was more epic than their 911 Turbo supercar. They utilized Group B to develop the car as well as the 961 racing program, developed along side the 959 road car.

The 959 was by far the most technologically advanced road car the world had ever seen, with all wheel drive and a twin turbocharged engine. The 959 also took the top speed crown from the Ferrari 288 GTO when it hit 197mph.

The 959 paved the way for all wheel drive Porsches as well as for twin turbo Porsches that are all seen widely today. 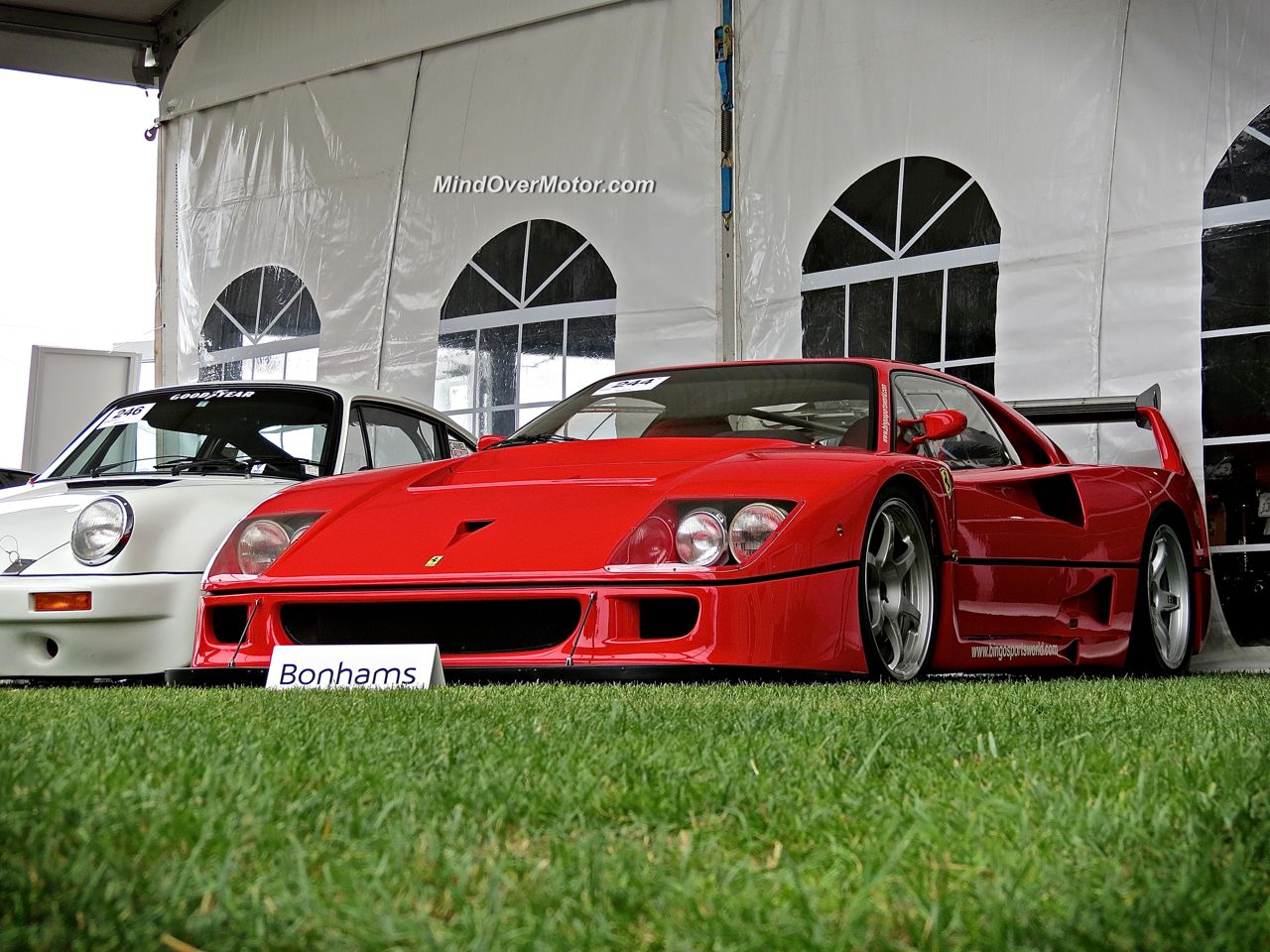 Not to be outdone by Porsche for long, Enzo Ferrari gave the go-ahead for the 288 GTO Evoluzione prototype to be developed into a new hypercar for Ferrari’s 40th anniversary. The F40 would also be the last Ferrari road car developed under Enzo Ferrari himself before he passed away in 1988.

Because of all that the F40 enjoys a legendary status now, but back then it was a legend in its own time for more tangible reasons. Ferrari’s official claim of 478hp from the F40’s twin turbocharged 2.9L V8 is known to be on the conservative side, with many cars dynoing past 500hp. Either way, the F40 went down in history as the first road car to crack the 200mph barrier with a top speed of 201mph.

The F40 was a development of the 288 GTO and it’s racing program, but it was also successful in privateer racing with the F40 LM/Competizione models. 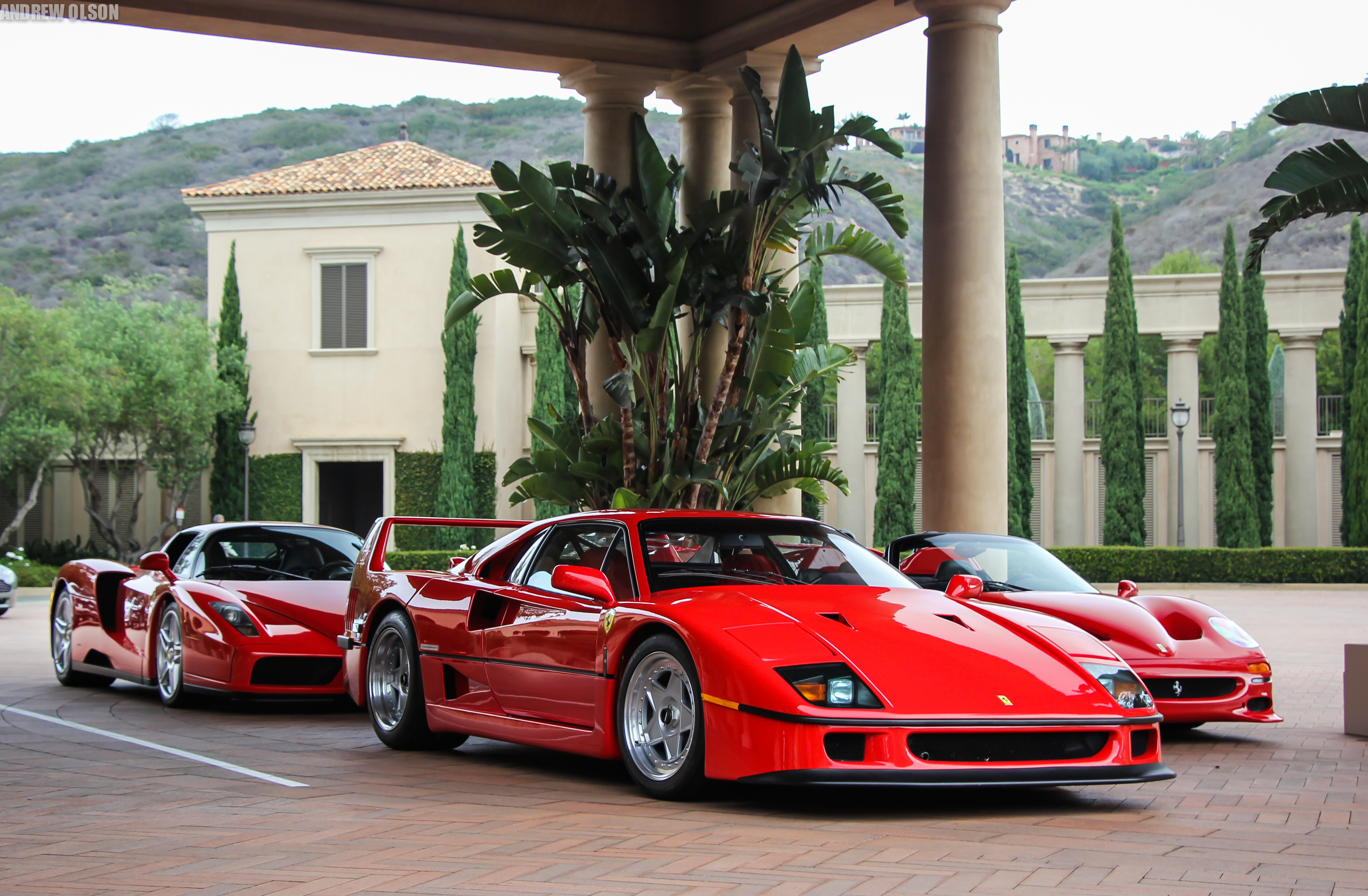 End Part 1
So, the hypercar came out of the golden age of racing, with some insane people daring to ask, “what if we made these race cars into road cars?”

We end part one of our story here, at the end of the crazy ‘80s, with the Ferrari F40 breaking 200mph. Thus far there has been a very clear direct link between hypercars and racing programs, but we know that isn’t how it still is today. The story of the hypercar will take some hard turns in the second part of this series, becoming both better and worse at the same time.