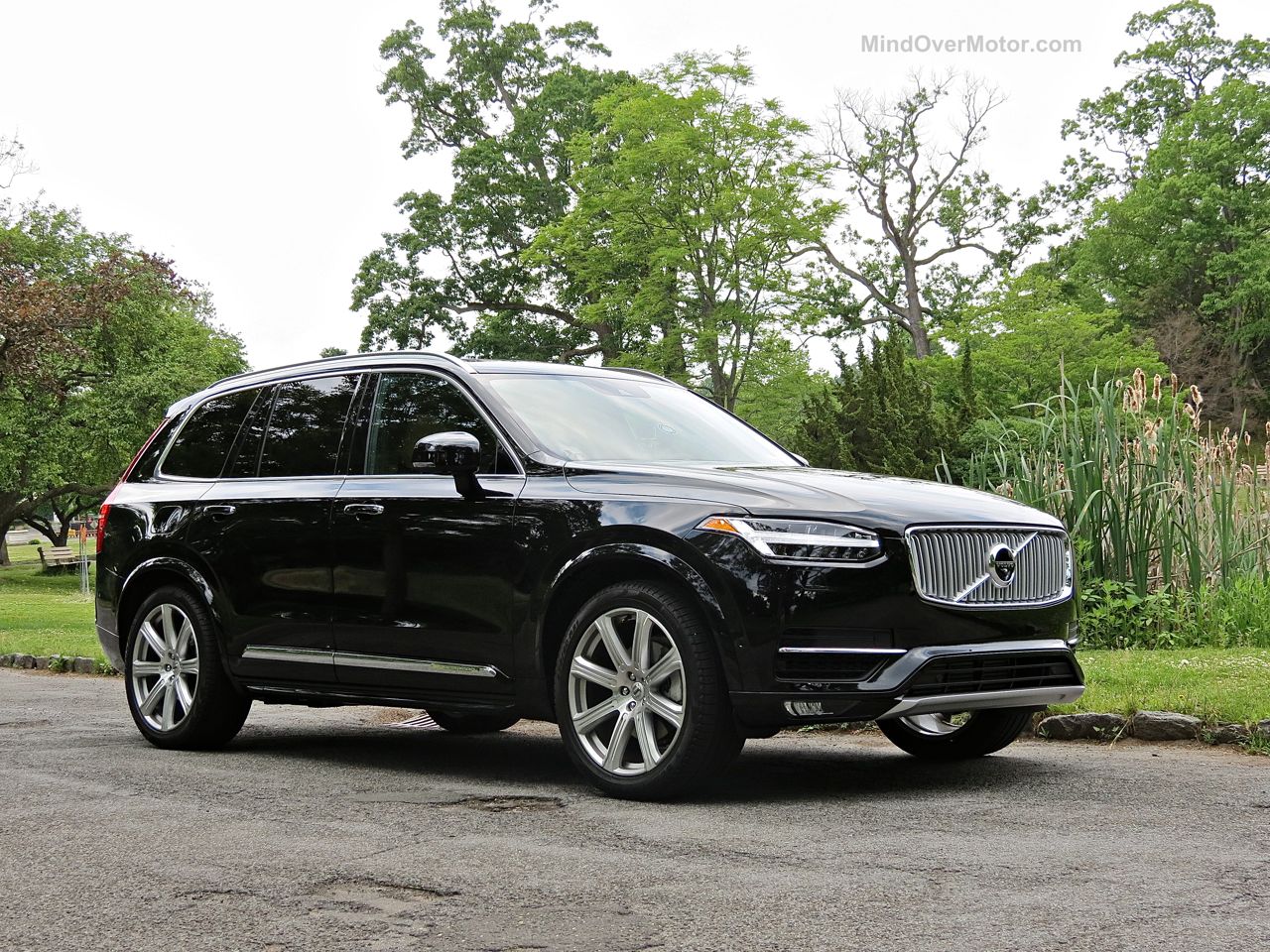 Why does one need a seven passenger vehicle?

Well, maybe you’re popular and have a lot of friends. Or, perhaps more likely, you haven’t been using condoms, but still won’t pull out before the job is done, because that would be disgracefully un-Patriotic. You wouldn’t want to disappoint Uncle Sam now, would you? Of course not.

But now you find yourself surrounded by screaming little bastards of various sizes, and you need a vehicle that can fit everyone, together, all at once… what joy! The car had better be extra comfortable too, because, with all that screaming in the back, it certainly won’t be easy to relax while you drive.

You could buy a minivan, but that’s just demeaning to your character. I mean you’re clearly an attractive person because you’ve been able to make lots of babies. So why buy a car that will turn you into a shmuck now?

You don’t want to sell out, and the best news is you don’t have to. There are plenty of nice and stylish SUVs out there that you will be delighted to drive the family around in. And Volvo has just brought a formidable new player to the game…

Meet the all-new 2016 Volvo XC90, which is a completely new flavor from the previous XC90. Where the old XC90 was too soccer-mom-ish, maybe a small step up from a minivan, the new XC90 is a suave and luxurious SUV. Eager to compete at the top, it’s new sense of style on the surface also comes with many clever improvements underneath. What we have here might be the most interesting 7 seater on the market.

I took a camera along for the ride, so you can see my realtime reactions to the car for yourself.

The nutshell of the new XC90 is that everything is improved, but improved in clever ways. The car has moved up-market, but offers a lot of value for the extra money.

The old top model XC90 had a 4.4L V8 with 311hp. The new XC90 T6 has a 2.0L twin-charged four cylinder that makes 316hp, utilizing both a turbocharger and a supercharger. That’s more power and performance from an engine less than half the size. The new XC90 also weighs in at under 4,400 lbs, whereas the old model was pushing 5,000lbs. Progress, people, progress.

How does that twin-charged setup work? Extremely well!

In short, the supercharger works in the low RPM range and disengages when the turbo is spooled up in the higher RPM range. The supercharger isn’t there to add horsepower, it’s there to make the engine responsive and smooth, which is does astoundingly well.

The new XC90 is fun to drive, sublimely comfortable, and as practical as can be. It also has plenty of space to to make more babies in the back, should romance catch you on the go. But you should also realize the next step up from here is a school bus, so take heed. 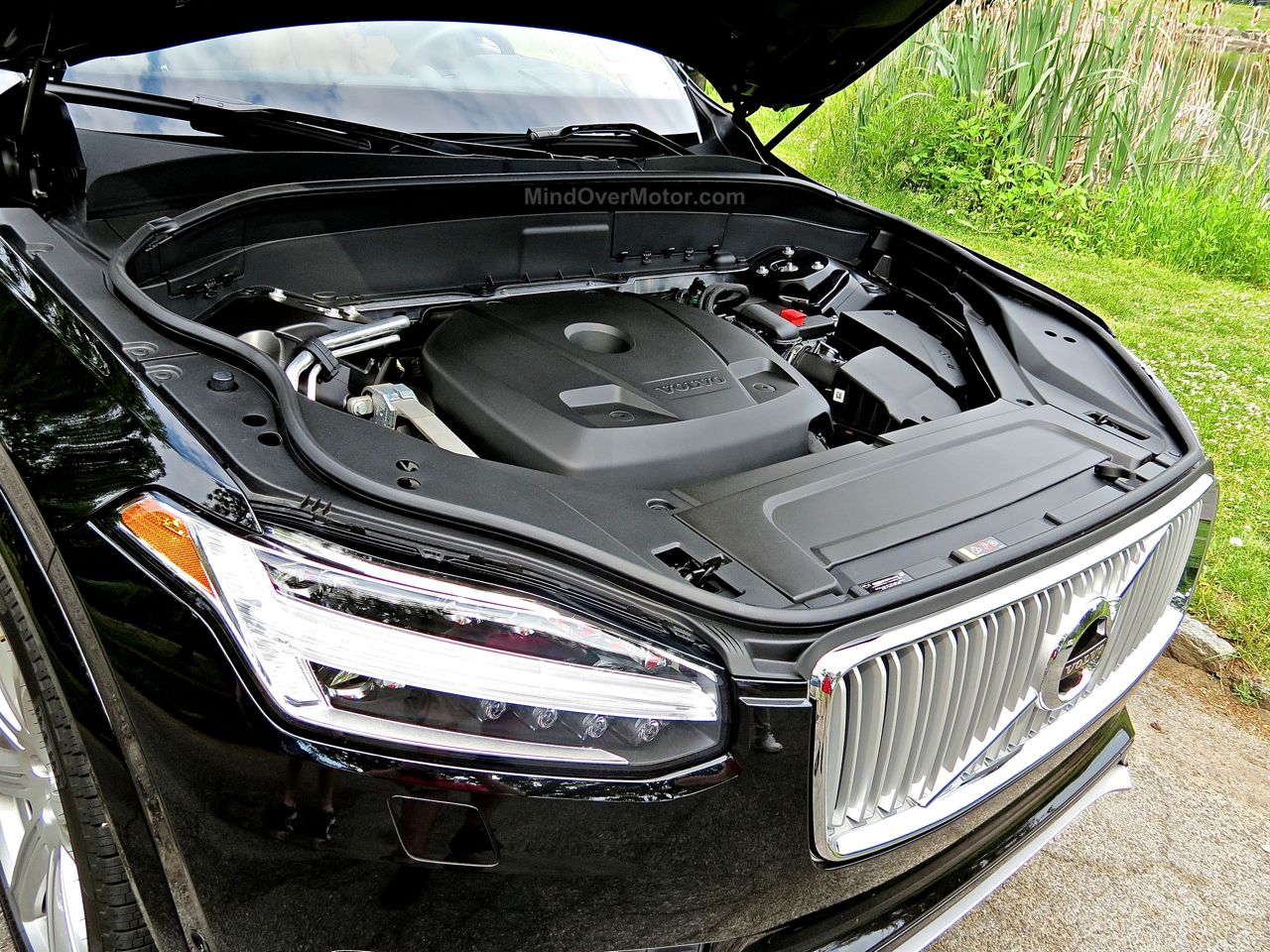 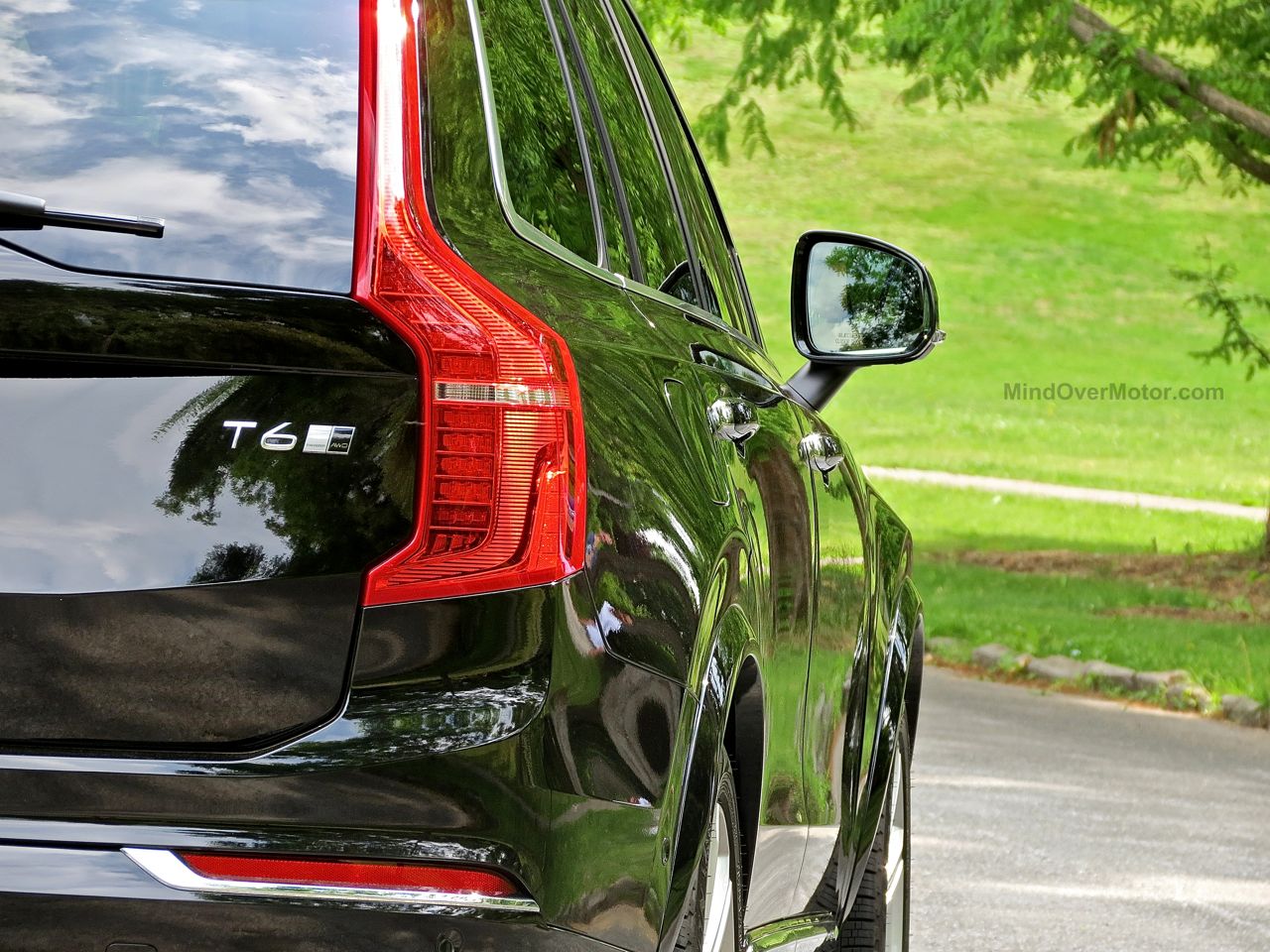 Regarding the XC90 itself, there aren’t any obvious negatives I can really point at. That said, I do have one concern, and that is reliability.

I think Volvo’s new twin-charged “Drive-E” engine is a fantastic way to make power more efficiently. It has been extremely well executed from a driver’s standpoint. The fact remains, though, that it is a new engine from a manufacturer that doesn’t have a great repair record. This also happens to be the first large scale use of a twin-charged setup in a line of passenger vehicles.

I’m not too terribly concerned about this, though. Volvos have traditionally been quite solid mechanically, with most issues falling in the area of electronics. It is much the same story with Audi, Mercedes, or BMW, so you could say that Volvo fits right in with the luxury crowd.

In short, just be sure you spring for the full extended warranty when you sign the paperwork. 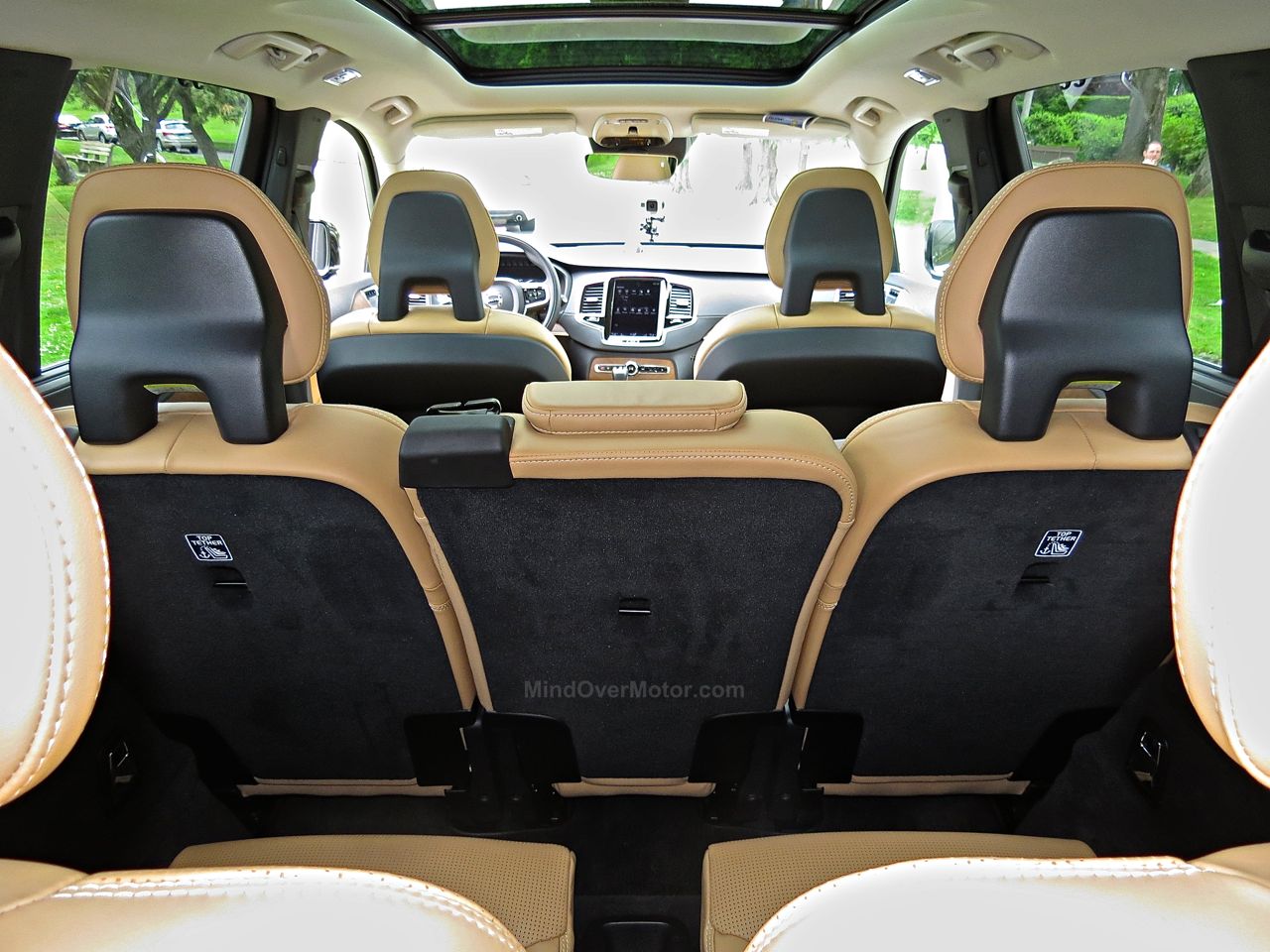 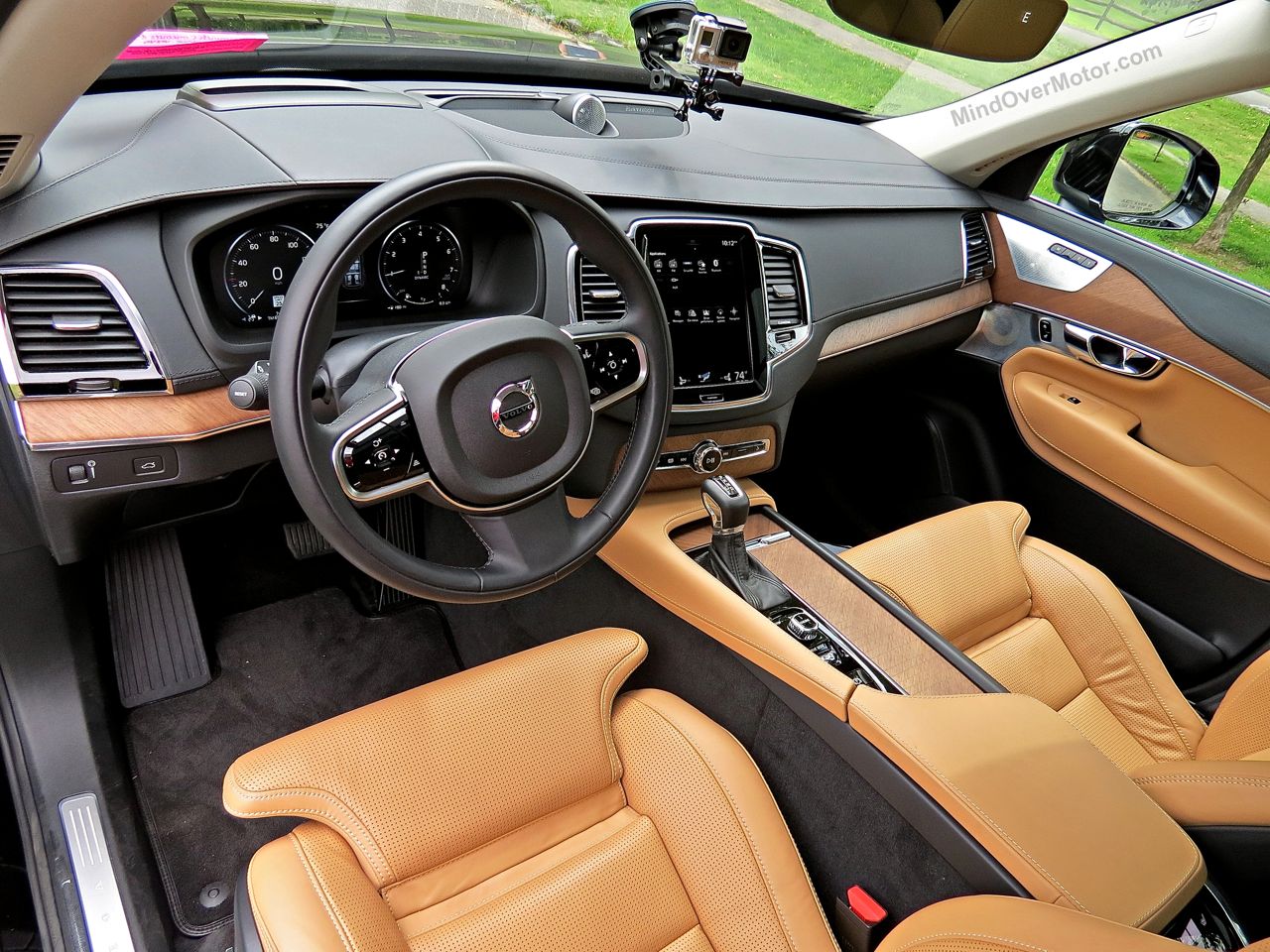 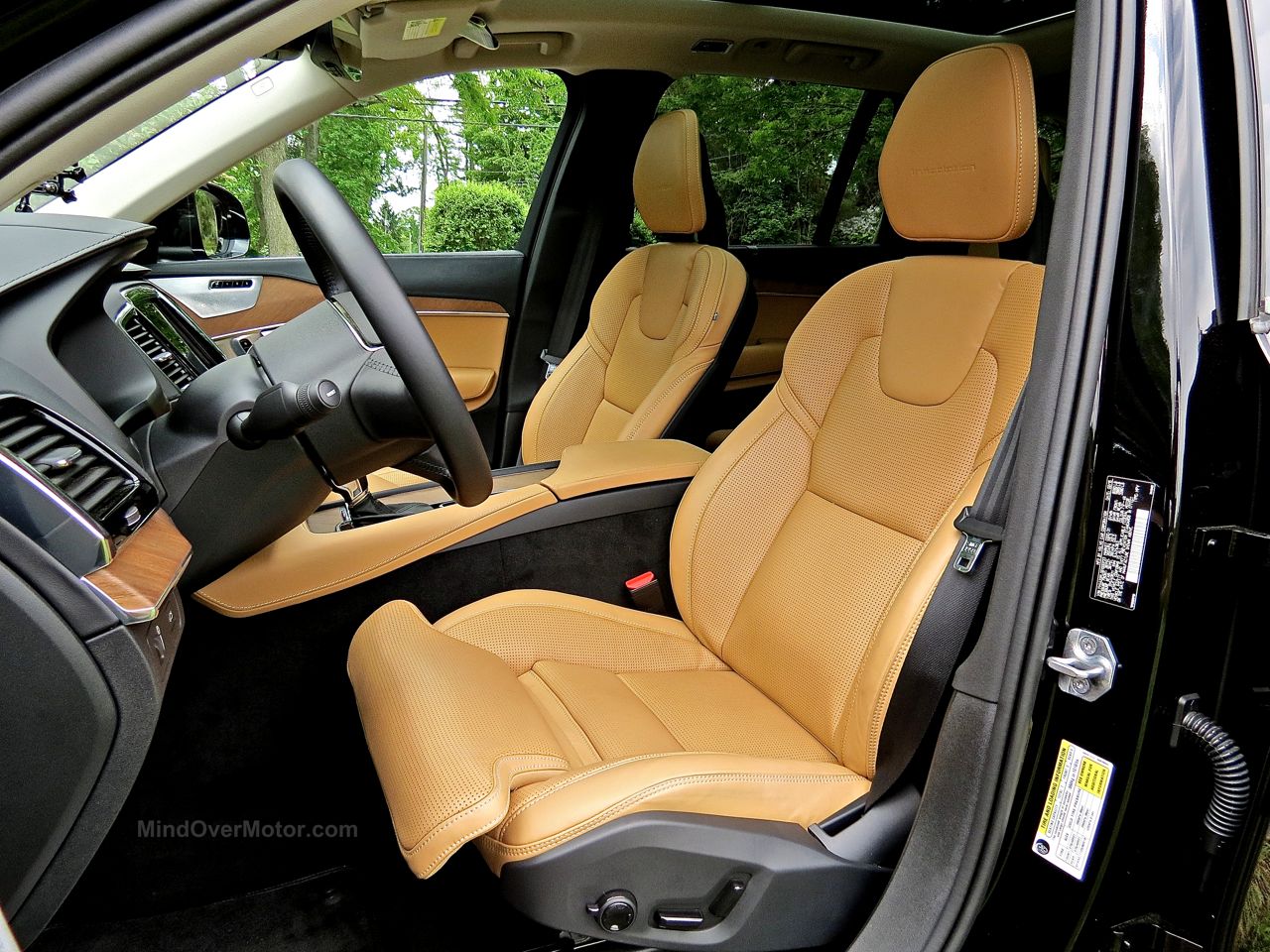 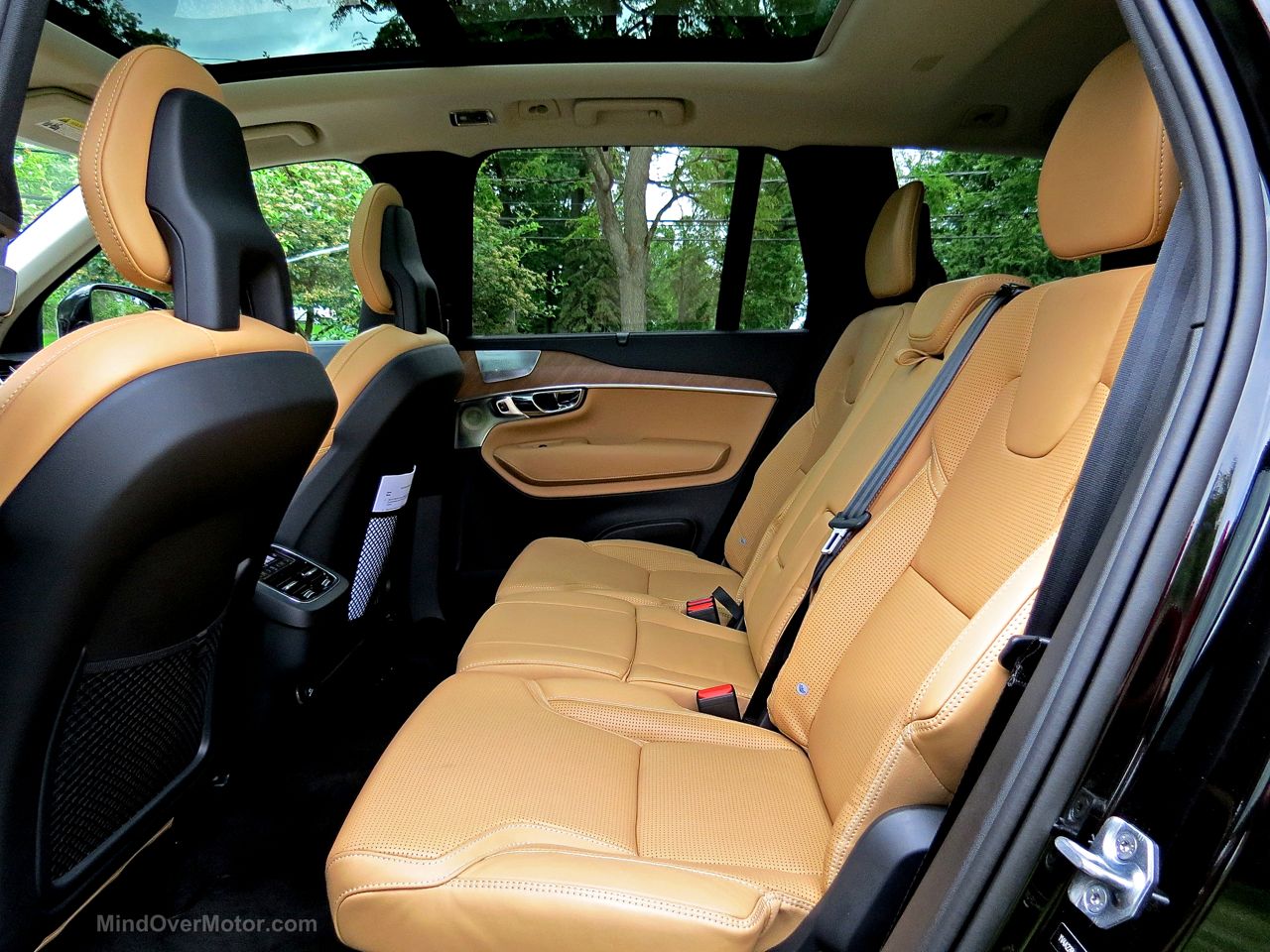 Let’s talk about doing a 7 seater intelligently. Since minivans are obviously out. If you ever see me in a minivan, I’ll be on my way to the nearest tall bridge. We want something that is cool and posh in addition to functional. There are plenty of options out there, but let me break them down as I see them.

GMC Yukon:
A vasectomy is way cheaper than the extra two seats in the GMC Yukon (9 instead of 7), plus the gas mileage will be atrocious from that 5.3L V8.

Mercedes GL:
The GL is an overpriced dinosaur at this point. It’s a nice car, but one with the options you’d want costs way more than a loaded XC90. Unless you’re a real estate agent trying to project an image of success by way of strained monthly payments, there are way better ways to go.

Lexus GX460:
The 4.6L eight-cylinder in this thing puts out 301hp. That’s embarrassing considering the 2.0L four cylinder in the Volvo XC90 puts out 316hp. The Lexus will average 17 MPG and the Volvo will average 23 MPG. Sure, the Lexus will certainly be reliable, but just wait and see the Acura MDX if that’s what you’re after. Compared to the best 7 seater SUVs out there, the Lexus GX is now far behind the eight ball.

Infiniti QX80:
It’s overpriced like the Mercedes, and I’d take the Benz every time. Plus, if you have eyes, then you wouldn’t seriously consider this thing anyway. 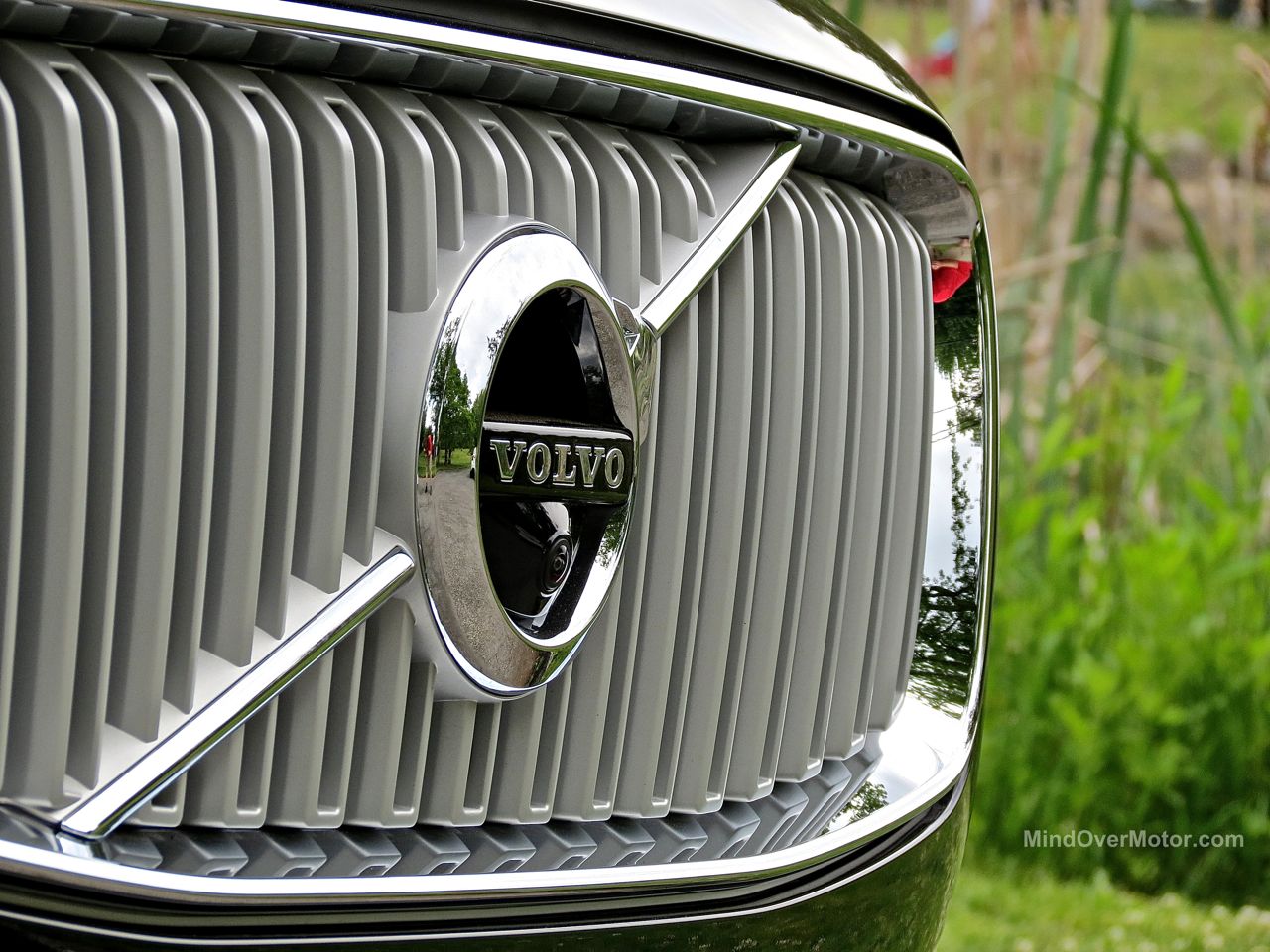 Options I would consider:

Acura MDX:
This is the safe option for the safe car buyer, but it’s also the most boring.

The MDX a nice car with proven Honda reliability. It’s fairly conventional, but it has Acura’s new 3.5L V6 that shuts off half the engine while cruising. As a result, cruising fuel economy is quite good. This is the best option if you just want sure-bet transportation, but there are way more interesting choices.

2016 Audi Q7:
Like the Volvo, the new Audi Q7 has lost a lot of weight, which means it’s better in all ways. I think the new Q7 is much more boring than the old Q7 in terms of style, though. It’s a very nice car with some great engines and technology. The 3.0T gasoline V6 will be quite fast, and the 3.0L TDI diesel will surely be good on fuel efficiency. Put simply, the Audi does more with more.

2016 Volvo XC90:
The Volvo offers something different than the Acura and the Audi, it does more with less. That is to say it utilizes a very clever design. Instead of 6 or 8 cylinders, Volvo has made 4 cylinders work splendidly with their unique twin-charged design. The XC90 also happens to be the most fuel efficient car on this list, edging out the diesel Audi Q7 in EPA average MPG by a hair.

The XC90 isn’t the bargain model it once was, but it has definitely raised it’s own bar to sit well in its new up-market position. I also can’t tell you enough how much I love the way the new XC90 looks, both inside and out. For me, it’s definitely think it’s the best-looking 7 seater on sale.

The XC90 I drove was $66,000 with options, but it felt like it was worth every penny. The car has some amazing technology, and the fit and finish was right up there with Audi’s. I really like that it sits sort of in between the boring but secure Acura and the Audi, which may be too much for its own good. I feel like the Volvo is just as advanced as the Audi, but in a way that’s more clever. 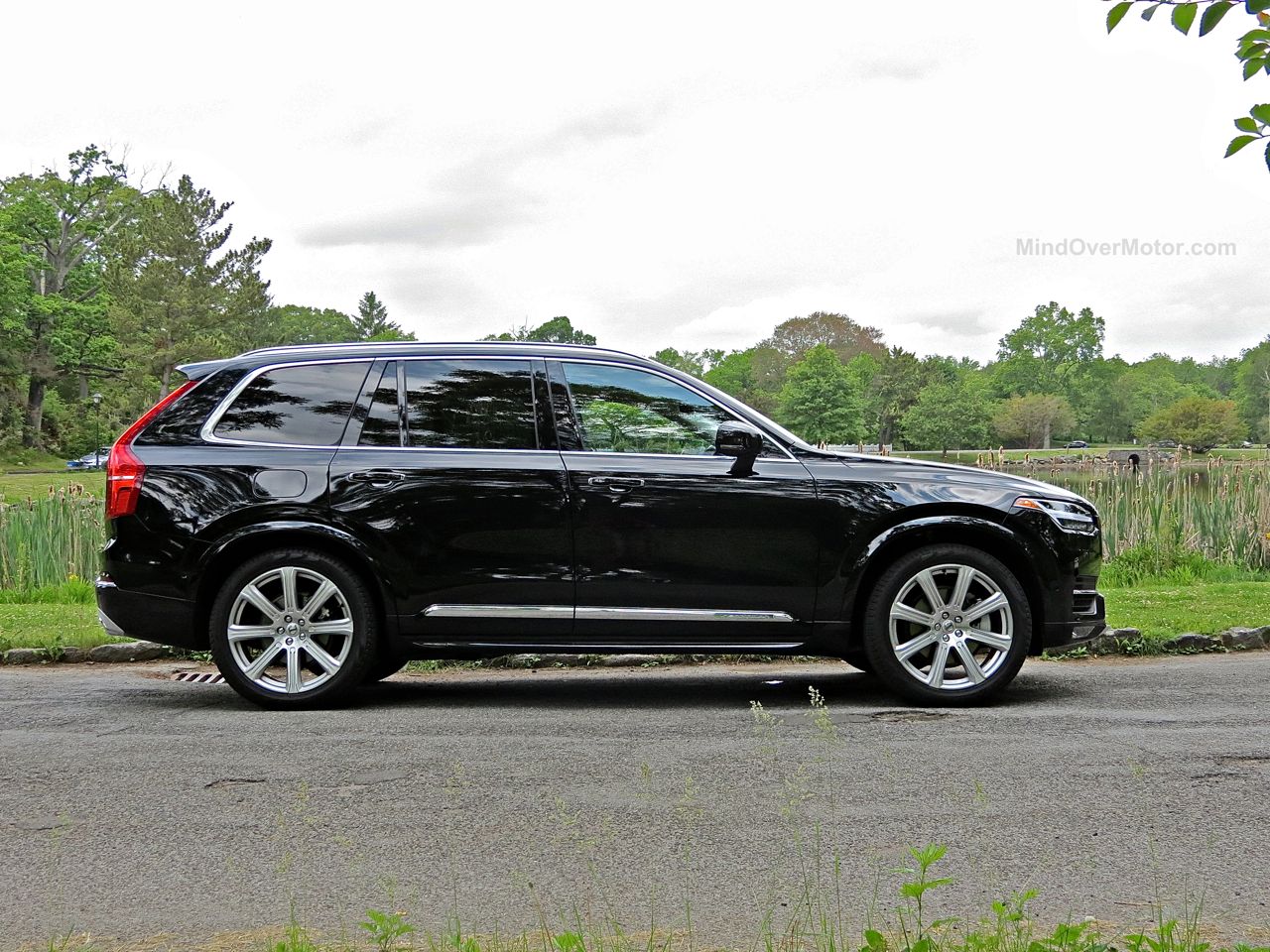 I recommend the Acura for anyone looking for the utmost in reliability, resale value, and every other boring car concern. It’s a nice car but very average car, meant for nice but very average people. I personally wouldn’t feel good about writing a check for over $50 grand for a car that isn’t that remarkable. But if your purchase is mostly utilitarian, then the Acura MDX is the obvious choice for hands-off car ownership. I’d recommend buying one used, though, so you will waste less money on something you don’t seem to want too badly.

I would feel totally fine about writing a $50k + check for either the Volvo XC90 or the Audi Q7. Both have a more special sense to them, and both utilize a more cutting-edge approach toward being a modern 7 seat SUV.

The hybrid models of both the XC90 and Q7 are yet to come, and both should be mighty impressive. But with the models that are hitting the market right now, I would definitely pick for the Volvo over the Audi.

I love that the XC90 is different, I love that it’s clever, and I love its newfound sense of style. If you can afford to drop this kind of money on a vehicle to begin with, then you can afford the small gamble to have something that is truly cutting edge. I wouldn’t recommend this at $30,000, but at $60,000 it’s totally worth it. 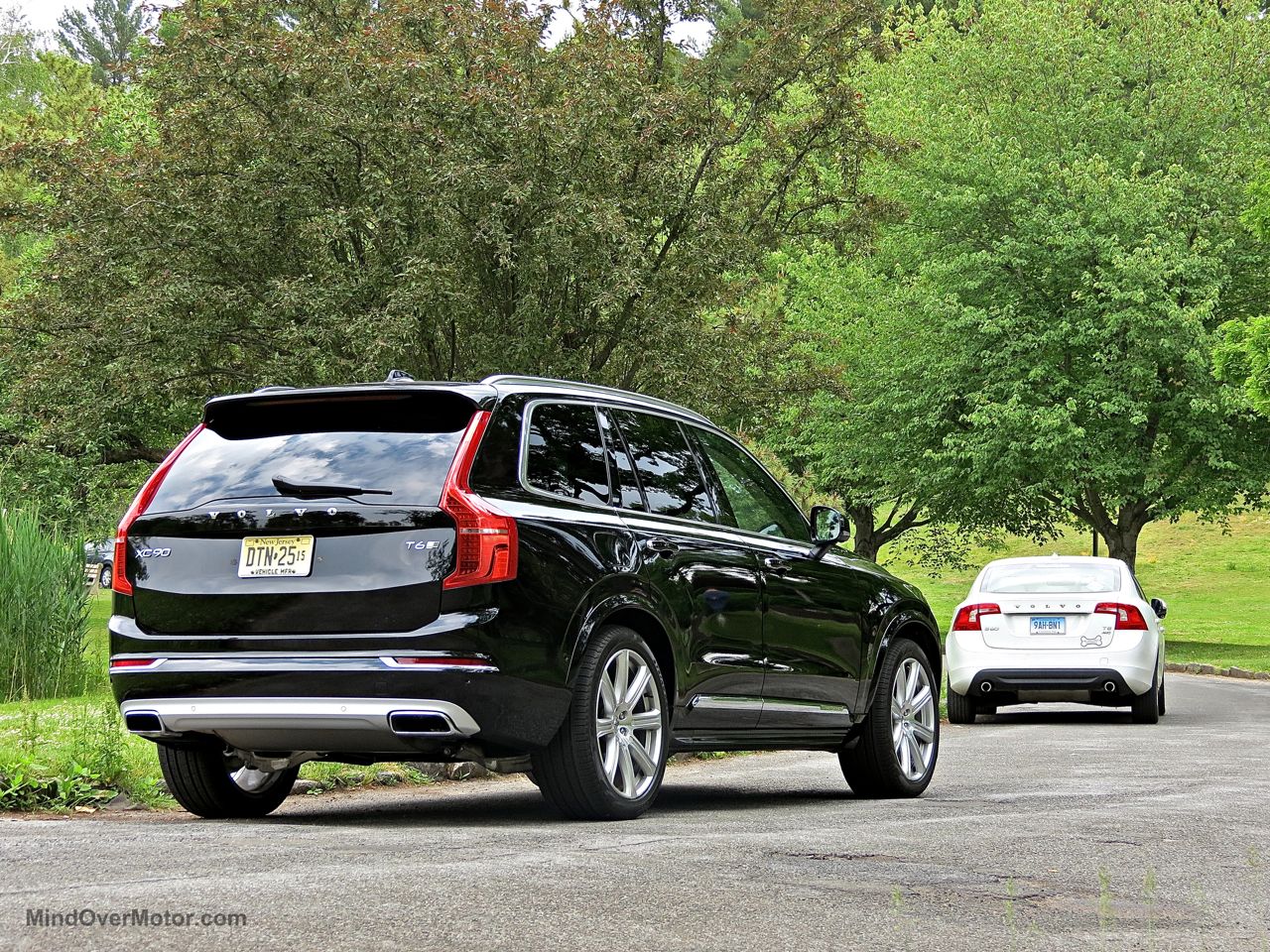 I don’t plan to ever have enough children to fill a 7 seater, but I’m at least comforted to know the cool new XC90 has my back if I do, somehow. Even if you don’t need 7 seats, it is a fantastic option for anyone looking at SUVs and Crossovers in general. We’ll see how Volvo’s twin-charged Drive-E engines age in the next few years, but I love that they are pushing the envelope here. At the least, I think it will help to establish Volvo as more of a real contender to the German luxury brands.

If this new XC90 marks the direction Volvo will be taking their entire lineup, then I am extremely excited for what’s to come!