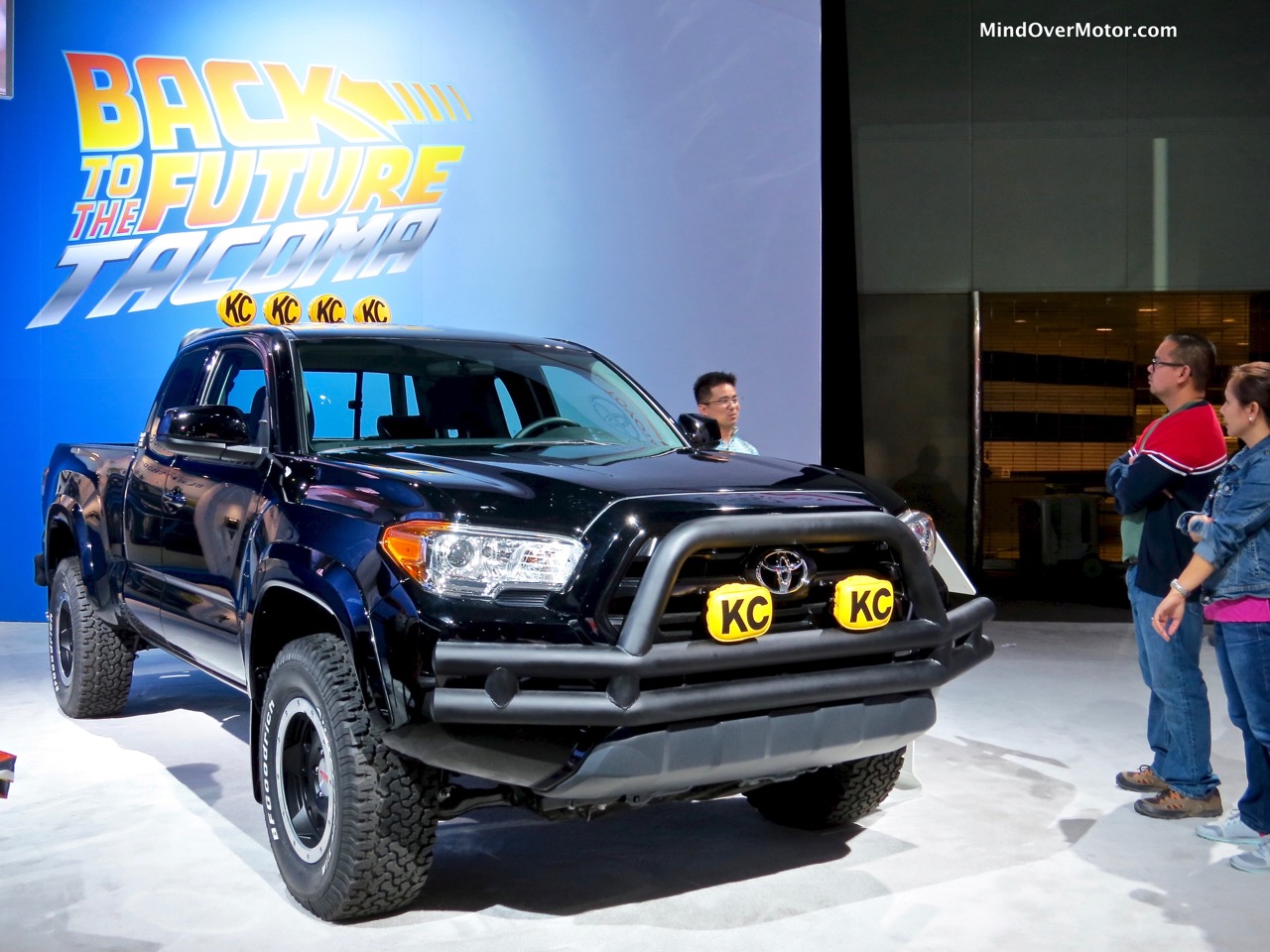 Check out that 4×4!
Yup, you know what it is.  I know what it is.  For anyone who was a huge fan of Back to the Future, this car is a massive treat. Back in 1985, Marty returns to his present day after getting his parents back together, and returns to a wealthy family instead of his old lower-middle-class status. Much to his surprise, he opens the garage door and the very 1985 Toyota SR5 4×4 extended cab he sees at a gas station at the beginning of the movie is sitting right in front of him. Toyota used this car in October to help launch the new Mirai (which was also accounted for at L.A. this year), and made a total of 3 custom Tacomas to mark the day when Marty shows up in 2015. It certainly doesn’t fly–but Toyota nailed the modern execution of the old mini-truck. 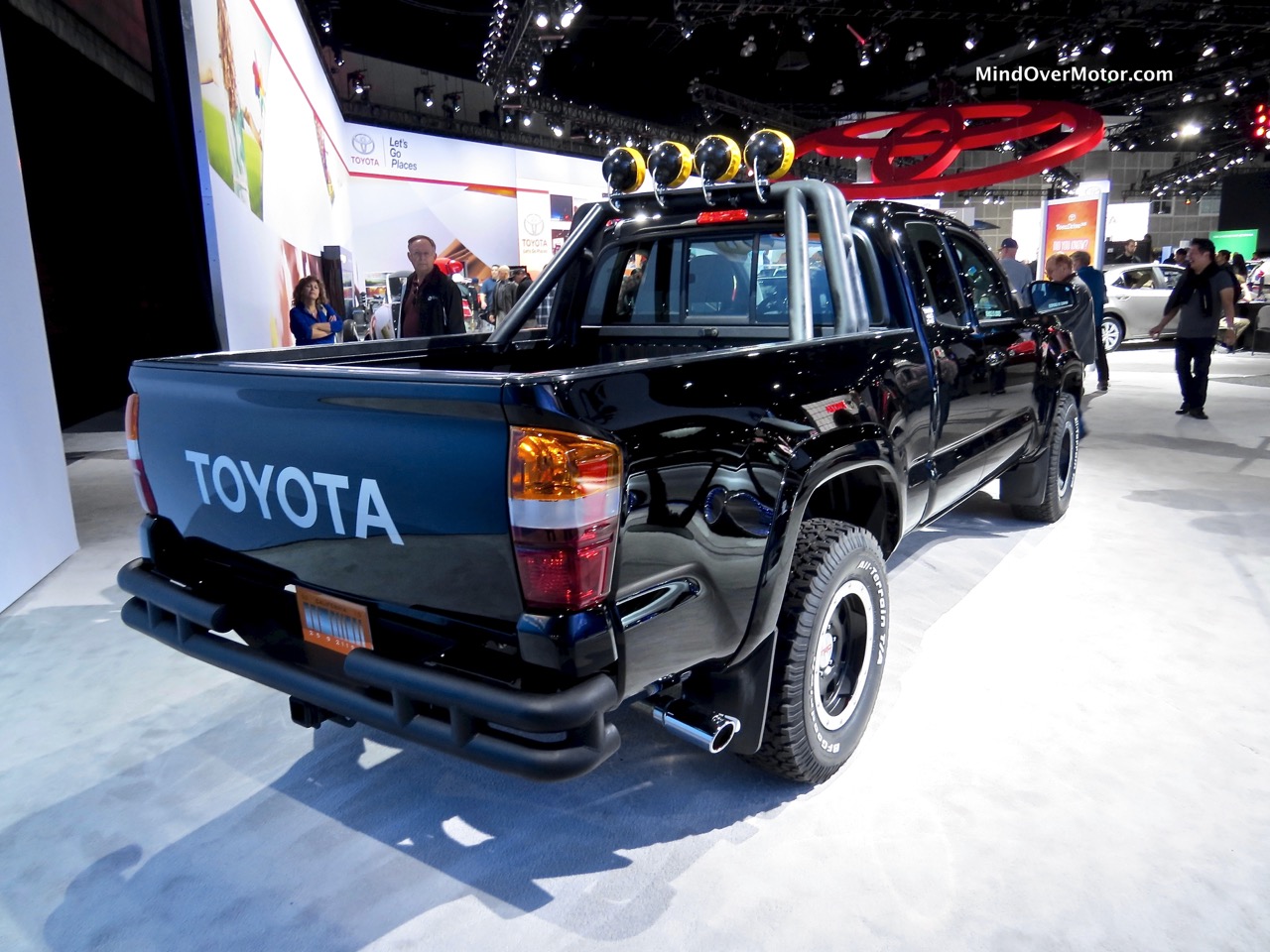 This new Tacoma Access Cab is one of three that Toyota put together for their event and faithfully produces all of the most important aspects of the 1985 star truck. The black paint is accurate to the 1985 palette, it sports BFG All-Terrain T/A white letter tires over black TRD alloys, a special badge showing off the fact that it has 4WD and fuel injection, a roll bar in the bed, KC lights with coverrs, and even colored headlights and taillights that were faithfully reproduced. Toyota even nailed the tailgate lettering (which they really should bring back–it looks fantastic). They even got the manual transmission right (go back and watch the 3rd movie where Marty drives it. The truck sported a 5-speed manual). I’m a huge fan of Back to the Future, and this was probably the first Toyota in years that I actually took the time to gawk at. Enjoy the photos. 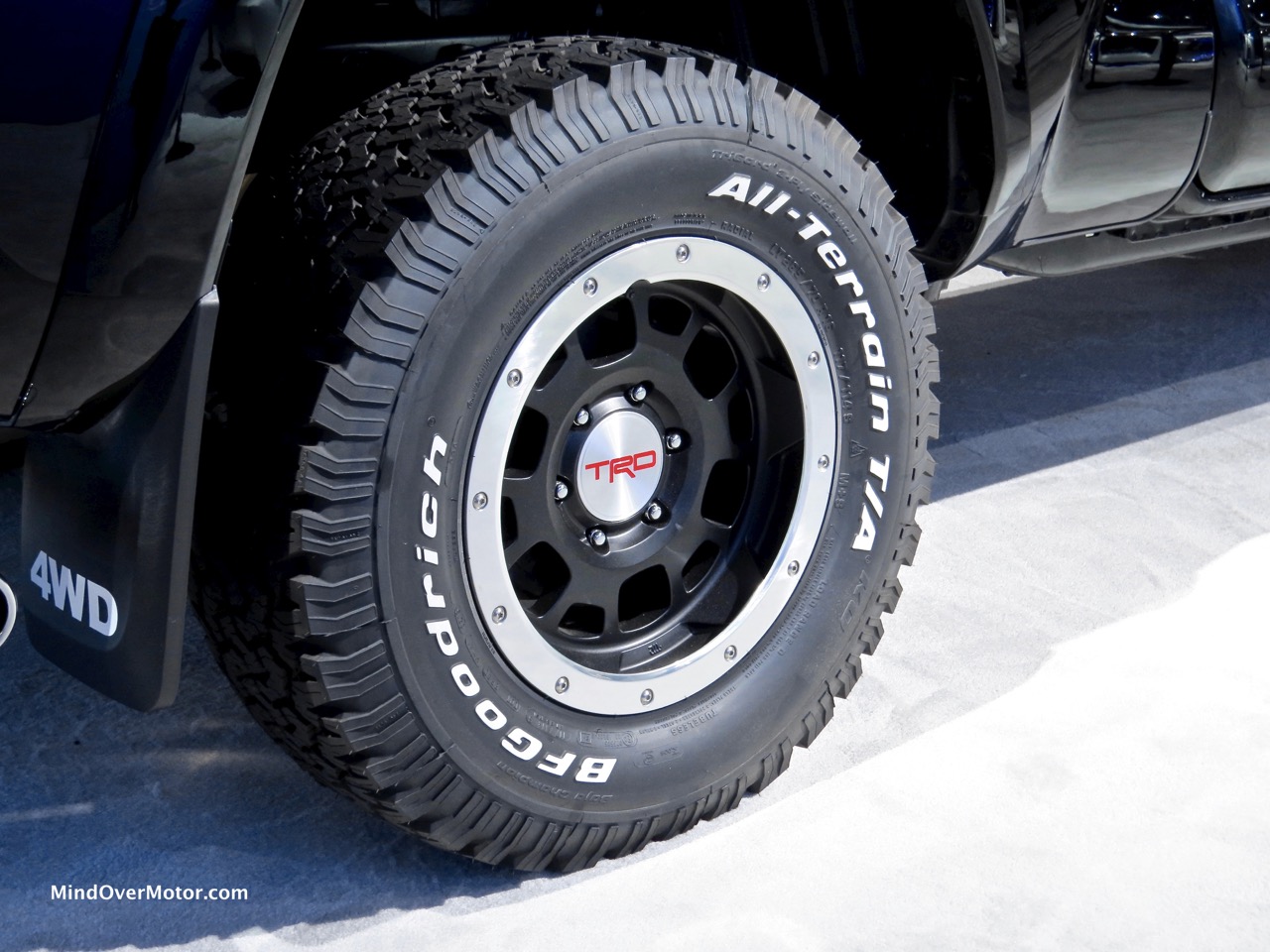 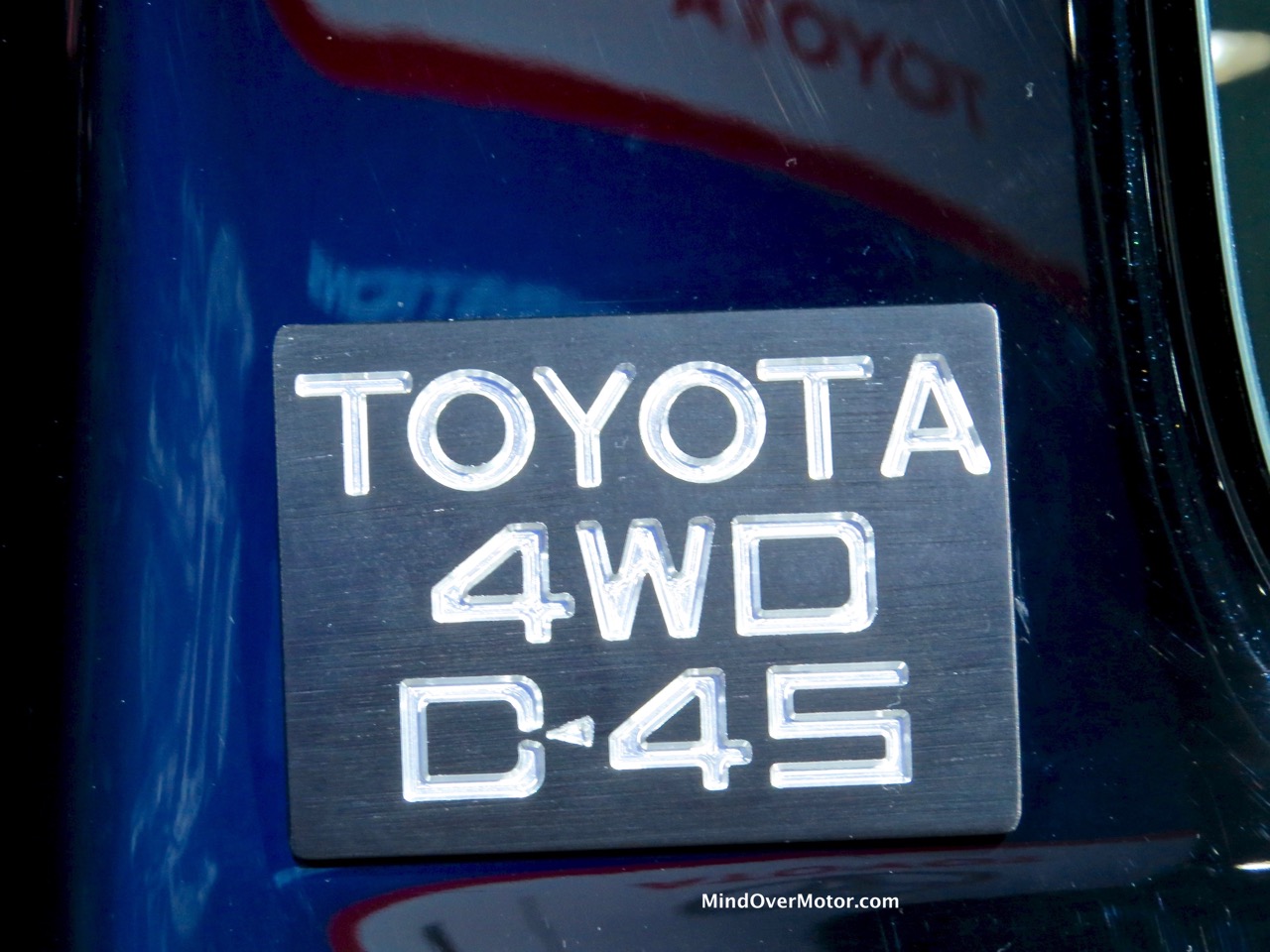 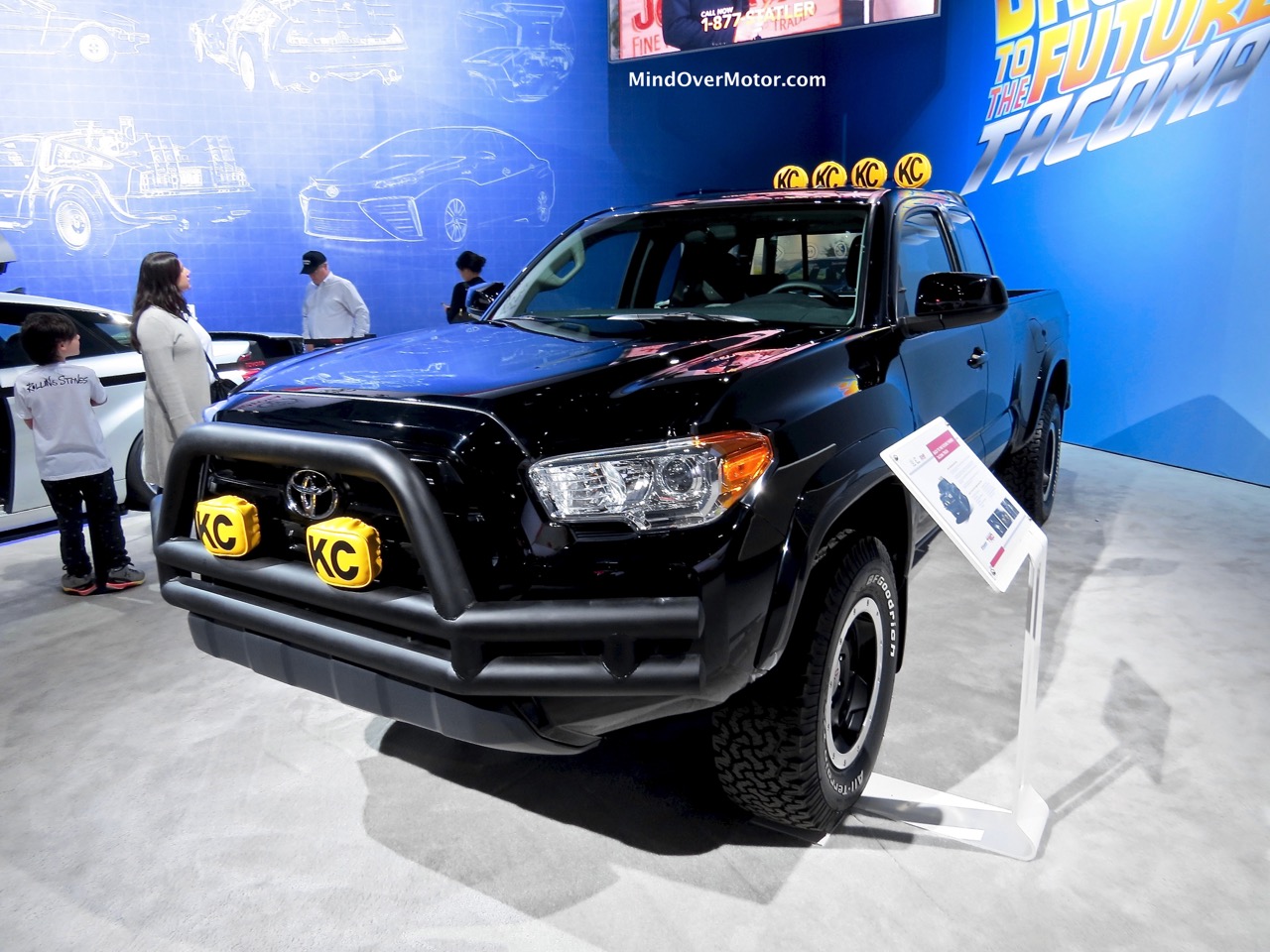