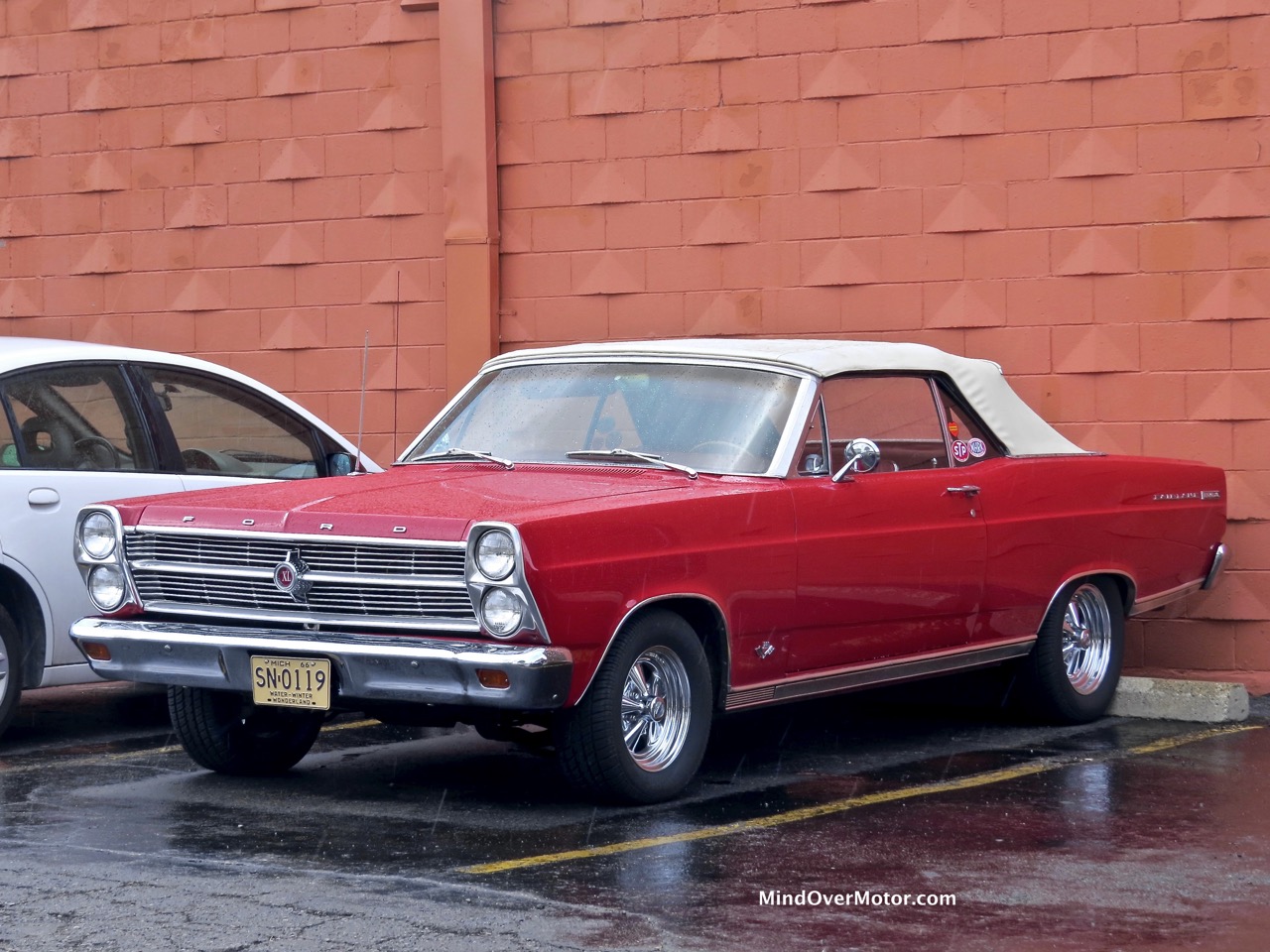 Allow me to be the first to say to all our readers, Happy New Year!  Here’s your welcome to 2016 present, a car which is now celebrating its 50th birthday.

Just a few steps from the Buick Grand National sitting in the middle of the Italian restaurant parking lot in Royal Oak off Woodward was this far more enticing old midsize Ford. Fairlanes from this era have fans, but not as much as equivalent Chevrolet and Mopar products of the mid-Sixties. I think that’s pretty unfair–these were easily the most upscale-appearing of the trio and certainly could be made to keep up on the highway if equipped with a 390 or a 427 (if you were a Texas oilman who could afford it).

This red convertible is a 1966 model, one of 4,560 that rolled off the production line that year with the XL trim. It’s packing a 289 small-block (certainly no slouch, considering how good it was in the Mustang) and a set of period-correct Cragar S/S wheels, which came out of the woodwork right away in the cloudy atmosphere of the early evening. Detroit’s full of cars like this on a Saturday outside of town–and it makes me so happy that people still keep these classics on the road.