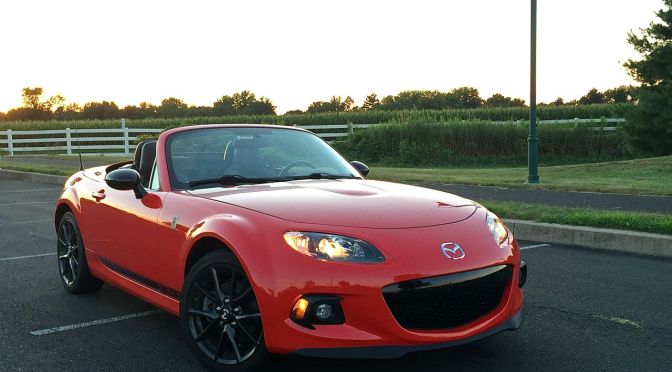 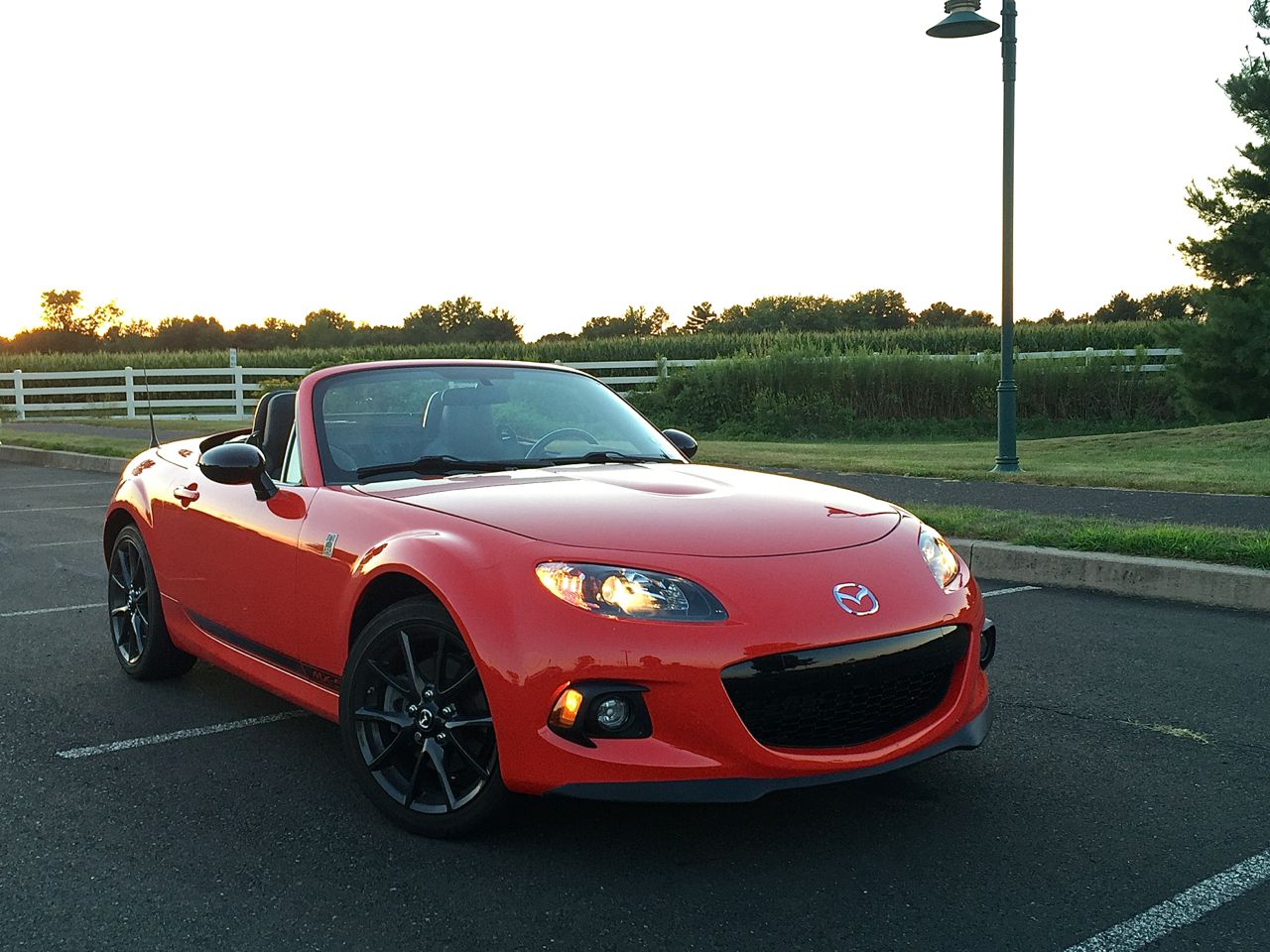 I’ve said before that most of the best drives come spur of the moment. That makes it somewhat challenging for me as a blogger to bring the experience to you, my readers, but my God, is it enjoyable in the moment. Many times those drives become fond memories for years.

I got out of work late on Monday. It was one of those days where you’re up to your ears in all sorts of stuff all day, and you only start really getting things done after most everyone has gone home. The crisp air that hit me when I walked out, though, that instantly cleared my head, and brushed off the stress of the day like it was nothing.

The first taste of Fall is one of the sweetest sensations in the life of a gearhead. It means the treacherous summer heat is nearing its end, and that many fun times are ahead in the best season of the year.

Feeling rejuvenated, I called my buddies Shane and Pat (Shat for short), and we agreed it would be a sin not to take the Miatas out for a blast in this perfect weather.

We met up for dinner at a local diner. Ace, my NC Mazda Miata Club Edition was parked next to Shane’s NA Miata R-Package out front, waiting eagerly for us to eat. Then, just after the sun had fallen off the horizon, we set off, fast, into the night. 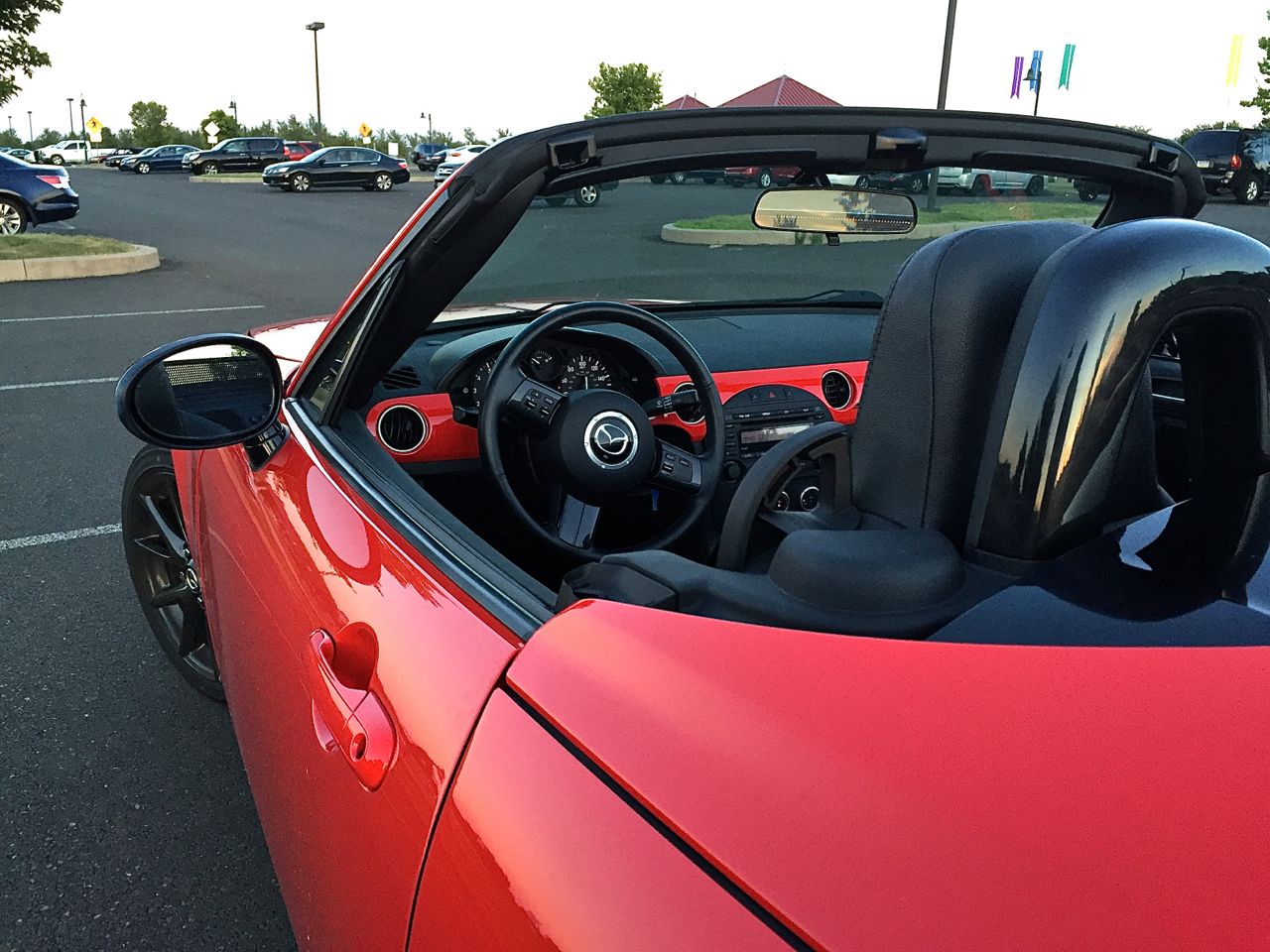 This was one of those drives with no destination whatsoever. It wasn’t about going somewhere, it was just about being out there enjoying life with the wind in our hair and the revs held high.

We made our way back to the area where I grew up. It had been quite a while since I’d had a night time fun run on my old favorite roads, and I thought this would be a great time to introduce Ace to the roads I learned to drive on.

There is a big ridge there, somewhat sparsely populated, wooded, and with some of the most intense rally-stage-like roads around. At night, there roads back there are pretty much empty, and you can see headlights coming a long way off. At night, you can really fly, but even just holding the speed limit without slowing down for turns is entertaining. The roads are just that tight and windy, with tons of elevation changes and varied road surfaces, even dirt in many places. It’s the perfect place to enjoy a rally car or a lightweight, nimble sports car.

Ace performed beautifully on the ridge. Mazda gave him enough suspension travel to hold his composure on crazy roads such as these, and the pace we held was pretty impressive.

What I love most about Ace, and the Mazda Miata in general, is how well-rounded it is as a road car. It’s awesome when you’re out thrashing it, and it loves to be thrashed, but then it is also just as happy to relax at a slower pace. Not many other sports cars have such a willingness to do both. You see, I drive Ace to work a lot, and he does just fine in rush hour traffic, but the other night I was able to really stretch his legs through some proper roads, and he couldn’t get enough of it.

I know, I keep talking about my car like it’s a person, or a dog, or something, but it feels more right than referring to it as an object. The Miata has a genuine personality to it, and I would say I see it much like I’d see a puppy. Not all cars inspire that sort of adoration.

After passing through the tight roads of the ridge, we found ourselves on some more open winding roads to the North. The pace increased, and we carried on, loving one fast sweeper after the next.

We then cut back through the ridge on the other side, enjoying a stretch of road I particularly enjoy with good pavement and some graceful hairpins. Then we found one of my oldest favorite roads with hills that rise and fall in quick succession. It’s like a roller coaster if you take it at the right speed. 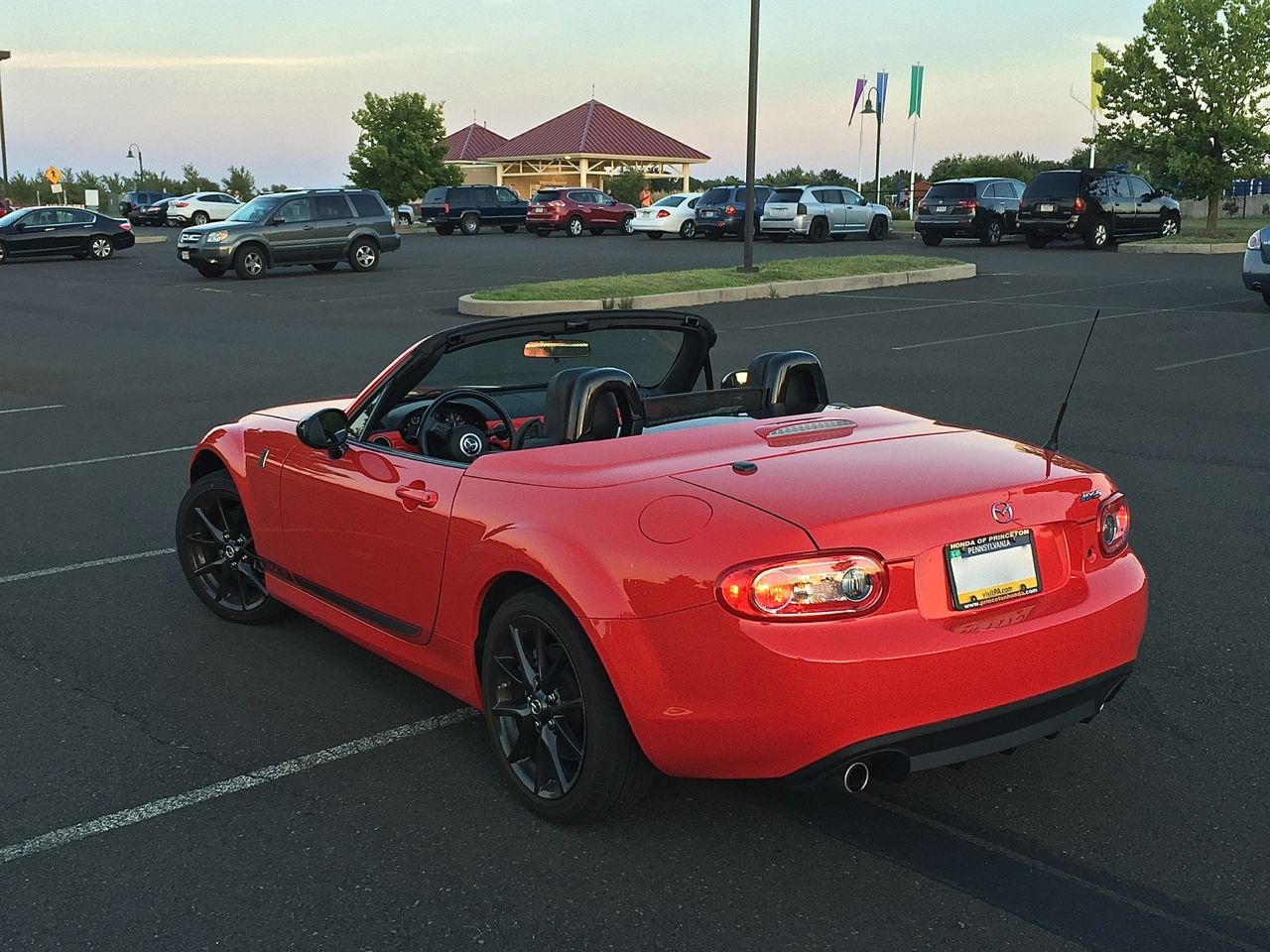 I think we hit most of my favorite stretches that night, and Ace lived up to everything I had hoped he would on my old roads. It was phenomenal fun!

We capped off our night with a highway blast back to our area. The roads were basically empty, and the mood took us, so we went for it. I’m not going to name any specific numbers, but let’s just say I got a good taste of most of what Ace can do. The speeds, while fast by most people’s standards, weren’t particularly high compared to things I’ve done in other, much faster cars, but somehow this was just as exciting. I think it has more to do with the mindset of reckless abandon, than the actual speed you’re going. That sensation of “I’m giving her all she’s got, Captain!” is exhilarating and intoxicating. In a Lamborghini, you have to be doing 200+mph to get that sensation, whereas in a Miata, you’re going a lot less than that. You could almost call it “safer.”

This drive was further affirmation for me that I had gotten the right car. There was a time after the accident where I really hoped Ace would be totaled. Then I saw a few people driving around in Miata Club Editions, having the time of their lives, and my heart literally sank. I knew I badly wanted Ace back, and luckily, that happened.

So Monday night, in addition to being one of the awesome drives that I live for, had the undertone of triumph for Ace and I. I finally got to take him on my favorite old roads, and he seemed to love it in his own, car way. Ace may be inanimate, but he’s inanimate with a huge smile forever plastered on his face.