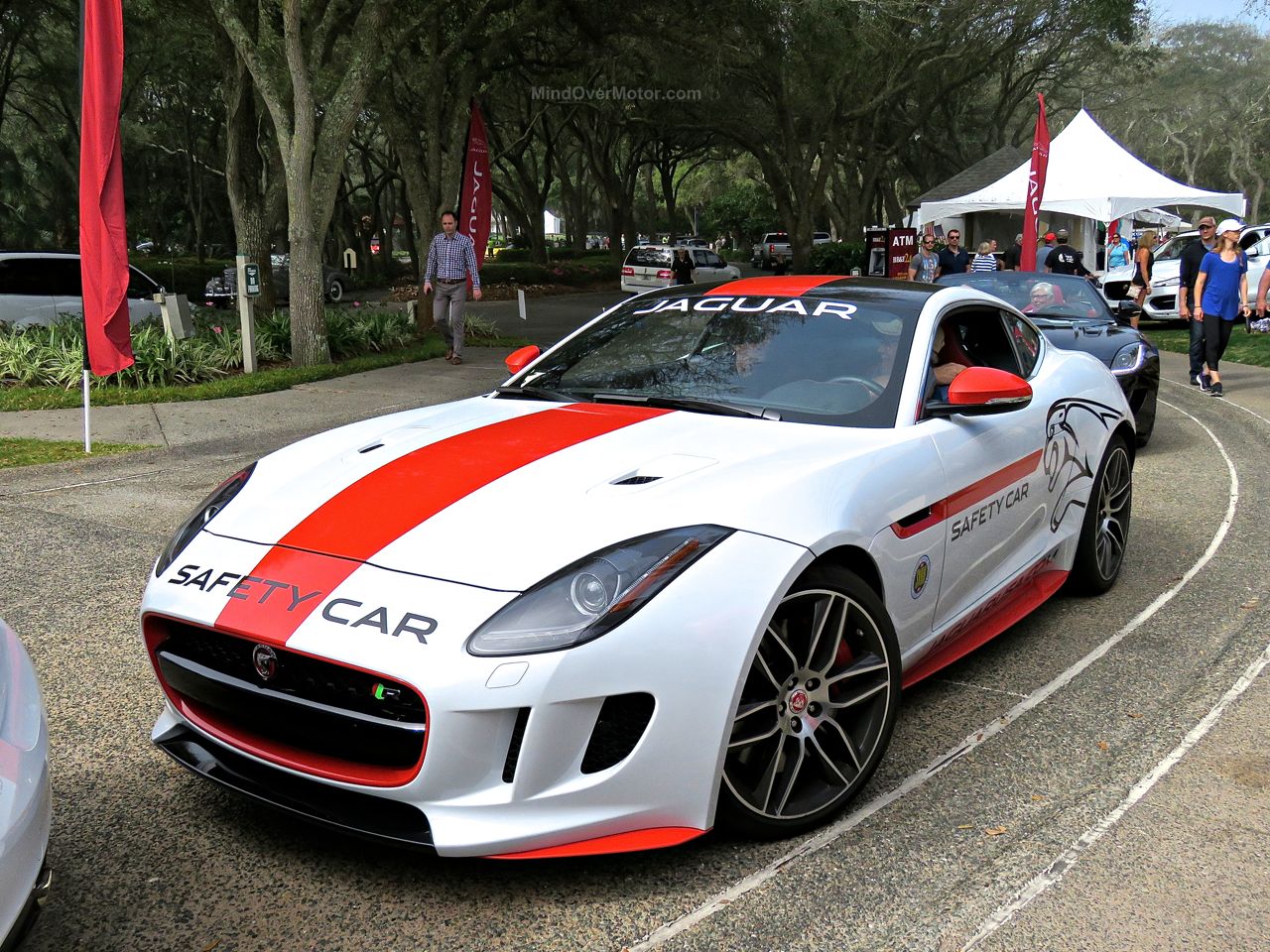 I’ve been lucky to have driven a few Jaguar F-Types in the last few years. I drove the V6S and V8S models when they first came out, and then I drove the R Coupe a year later.

I think my biggest takeaway was just how much crazier the V8 was, with all that extra power going to the rear wheels. It was fast, like scary fast, and there was always the sense that it was testing the limits of its rear tires. It really kept me on my toes, and that made it really, really exciting.

Unfortunately, exciting doesn’t bode well with the safety concerns of modern automakers. We enthusiasts were hoping Jaguar would give us the V8 F-Type with a manual gearbox. Instead, they left the V8 models automatic-only, and took away our rear wheel drive. I guess that’s the price we pay for getting our hopes up.

So, has Jaguar tamed the beast? Have they neutered the big cat? 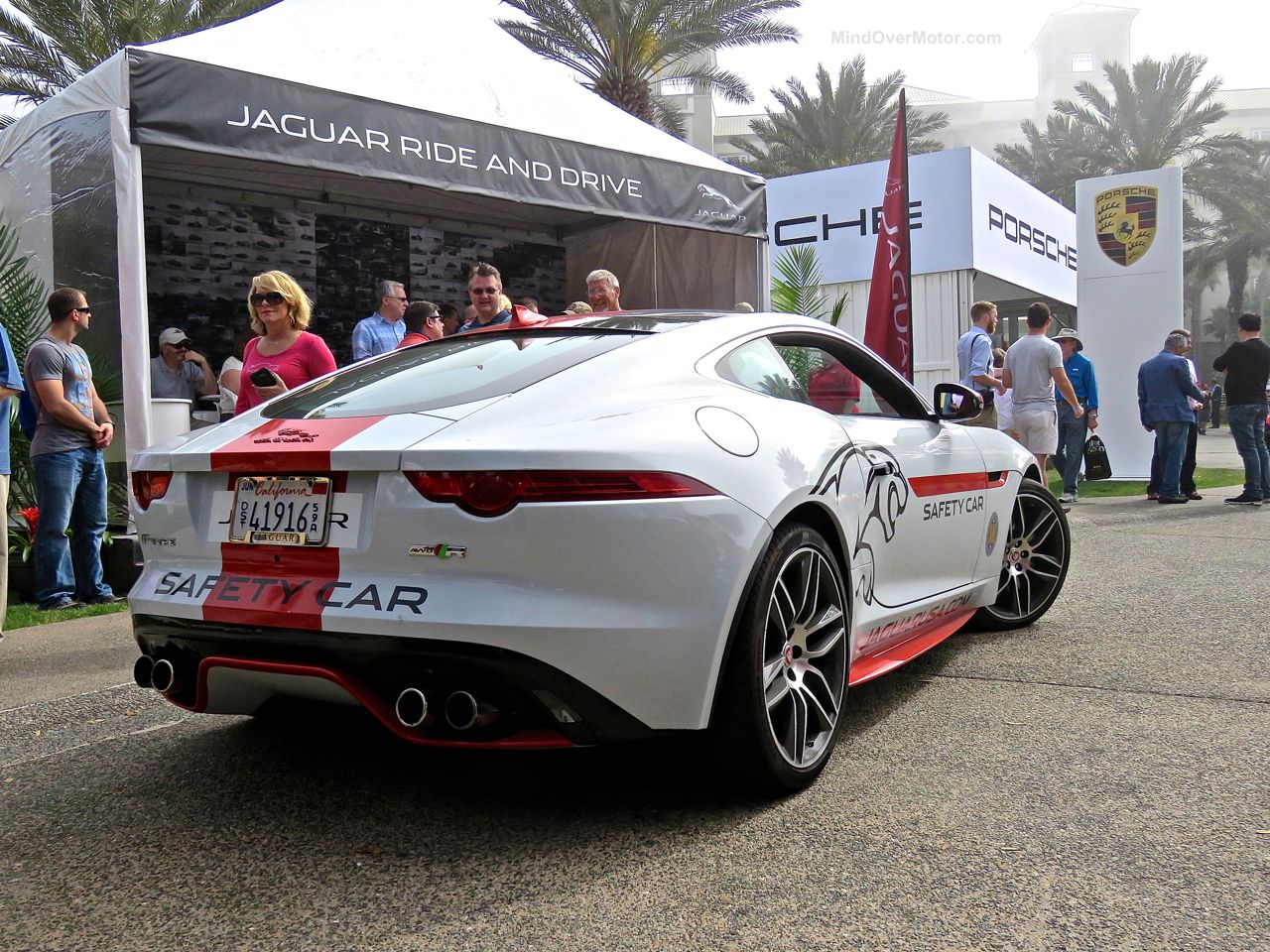 Not really, but they have changed the experience a bit. The excitement of slipping tires and untamed horsepower has been replaced by brutal, sure-footed acceleration. With all wheel drive the F-Type R has become a stoplight drag missile.

550hp is a LOT of thrust, and now the Jag is able to harness it much more effectively. There’s no question that the AWD makes it better for most buyers. The car remains a thrill for the senses, with its rawkus crackling exhaust, and eager handling. In fact, I was getting a little carried away during my drive, and I almost went by a cop at over double the posted speed limit. Luckily, it’s got good brakes too.

Objectively the F-Type R AWD is a new and improved version of its former self, with better table manners, and a knack for polite small talk. But I must admit, I didn’t enjoy it quite as much as I did the old RWD V8 F-Types. I loved the nervous excitement I got when I floored the throttle in the old cars. They were absolutely furious, and barely wanted to stay on the road. It was a lot like trying to ride an actual wild Jaguar through the jungle as it leaps from tree to tree (which, of course, I’ve done a lot of. Lots of wild Jaguars roaming Pennsylvania that need riding). 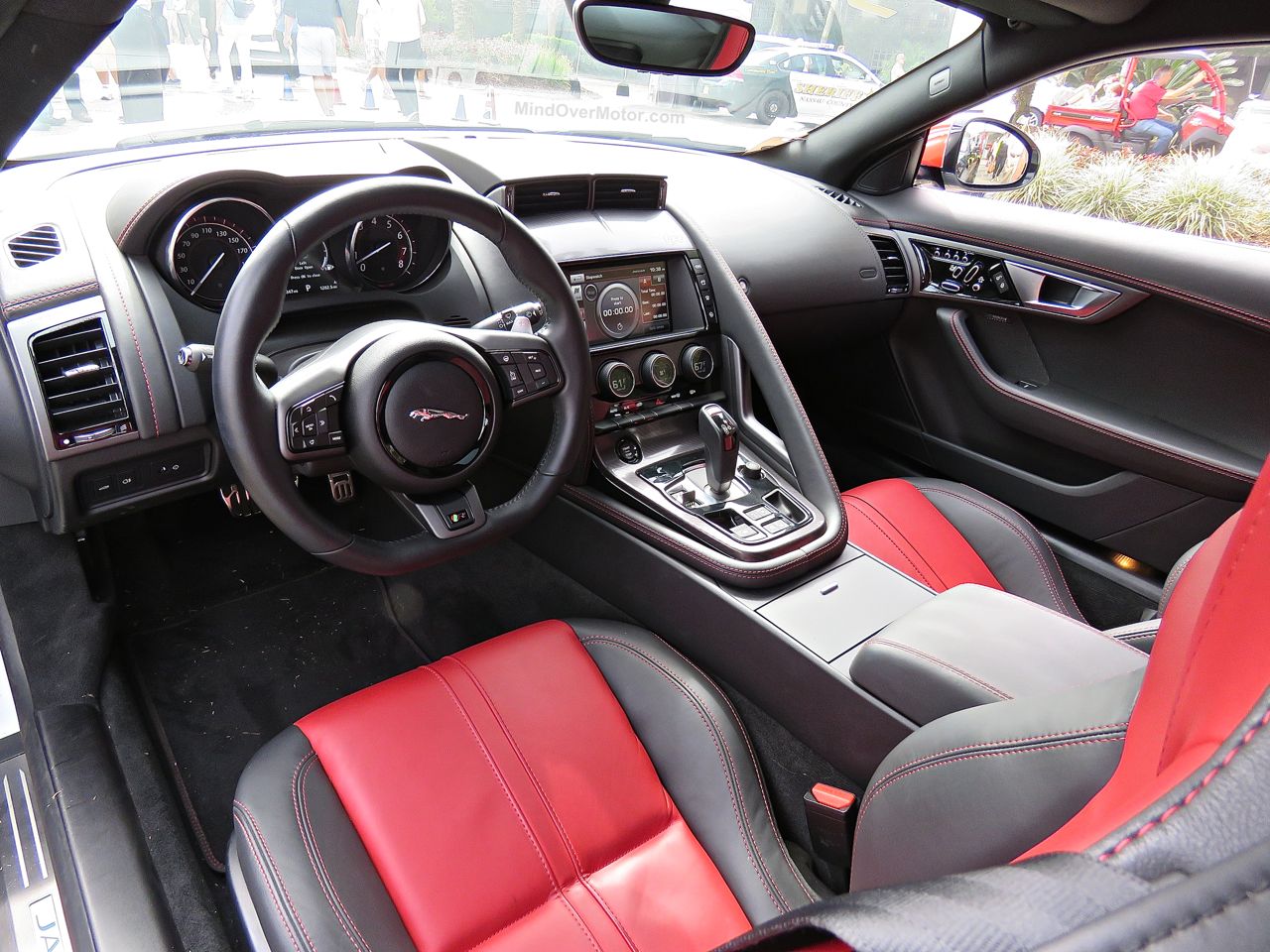 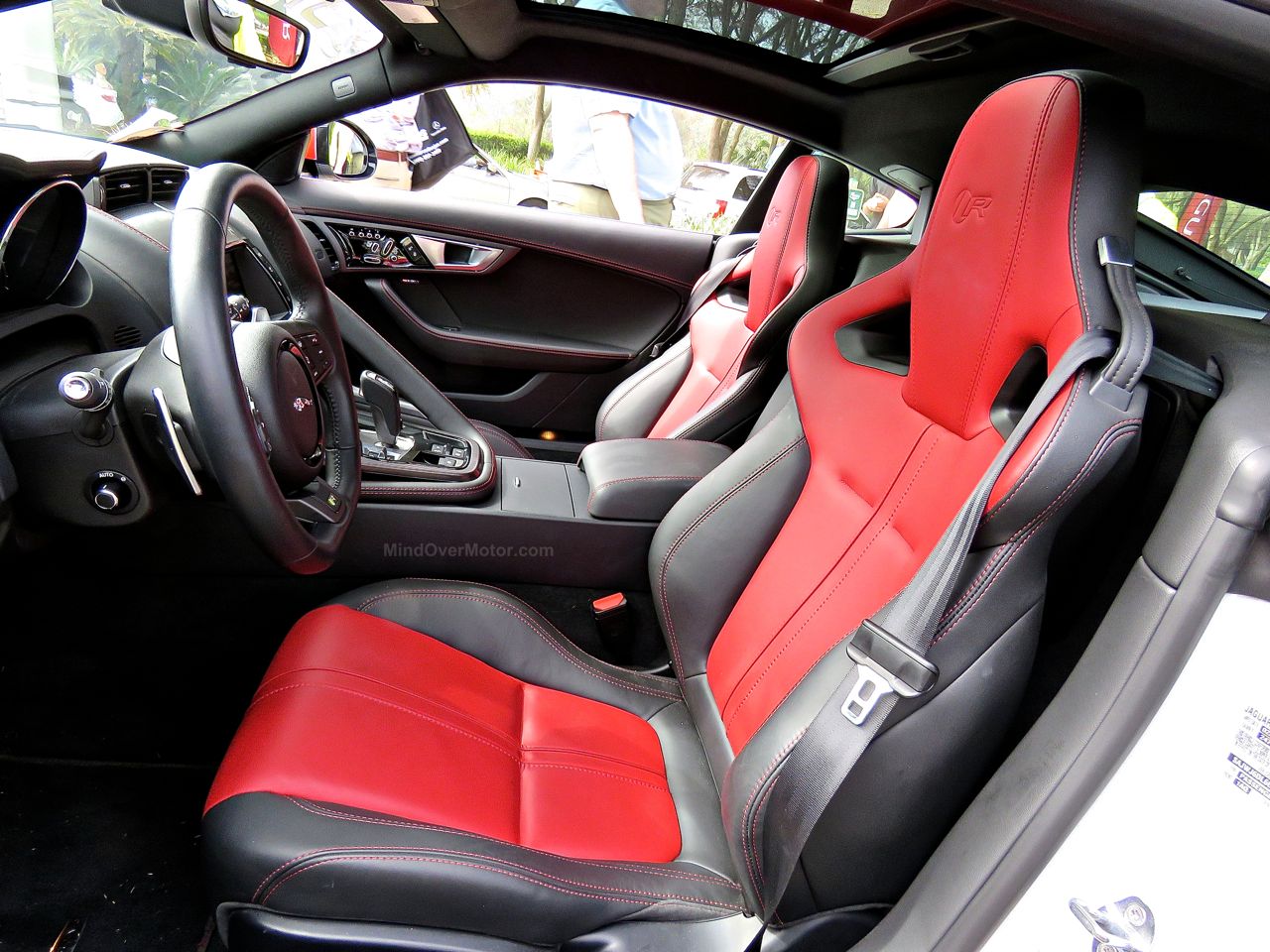 The new AWD Jag just feels that much more domesticated than its predecessor. The sound of the F-Type’s exhaust remains ferocious as ever, and the acceleration is intoxicating, but it just feels like the beast can’t quite escape its cage now. I know the F-Type’s AWD system is heavily rear-biased, and I know it can drift, but if you’ve driven the RWD car, you’ll notice something missing. Yes, adding AWD was the “smart” thing to do for Jaguar, but most “smart” choices in life come at the compromise of fun. Sometimes it’s fun to let the beast out of its cage just to see what will happen, and maybe poke it with a stick just to piss it off.

This is one of those times where heart and mind just don’t agree for me. I understand the change, but I don’t really support it. If I could bring back the RWD I would. That said, the Jaguar F-Type R is still an awesome car at a phenomenal value. So  I’m really just another pesky journalist complaining about some dumb detail that won’t matter at all for sales. (That’s my job here, dammit!) 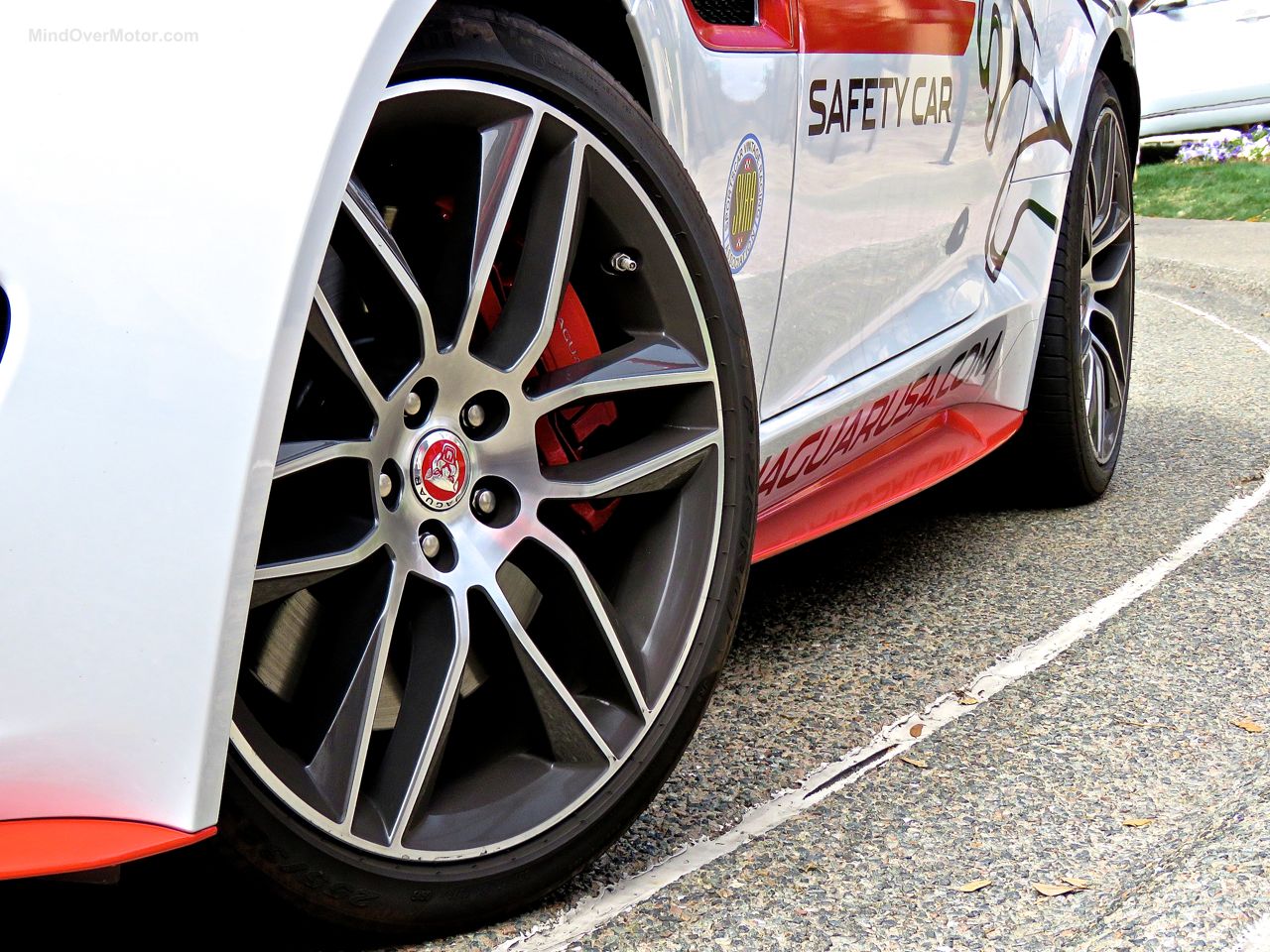 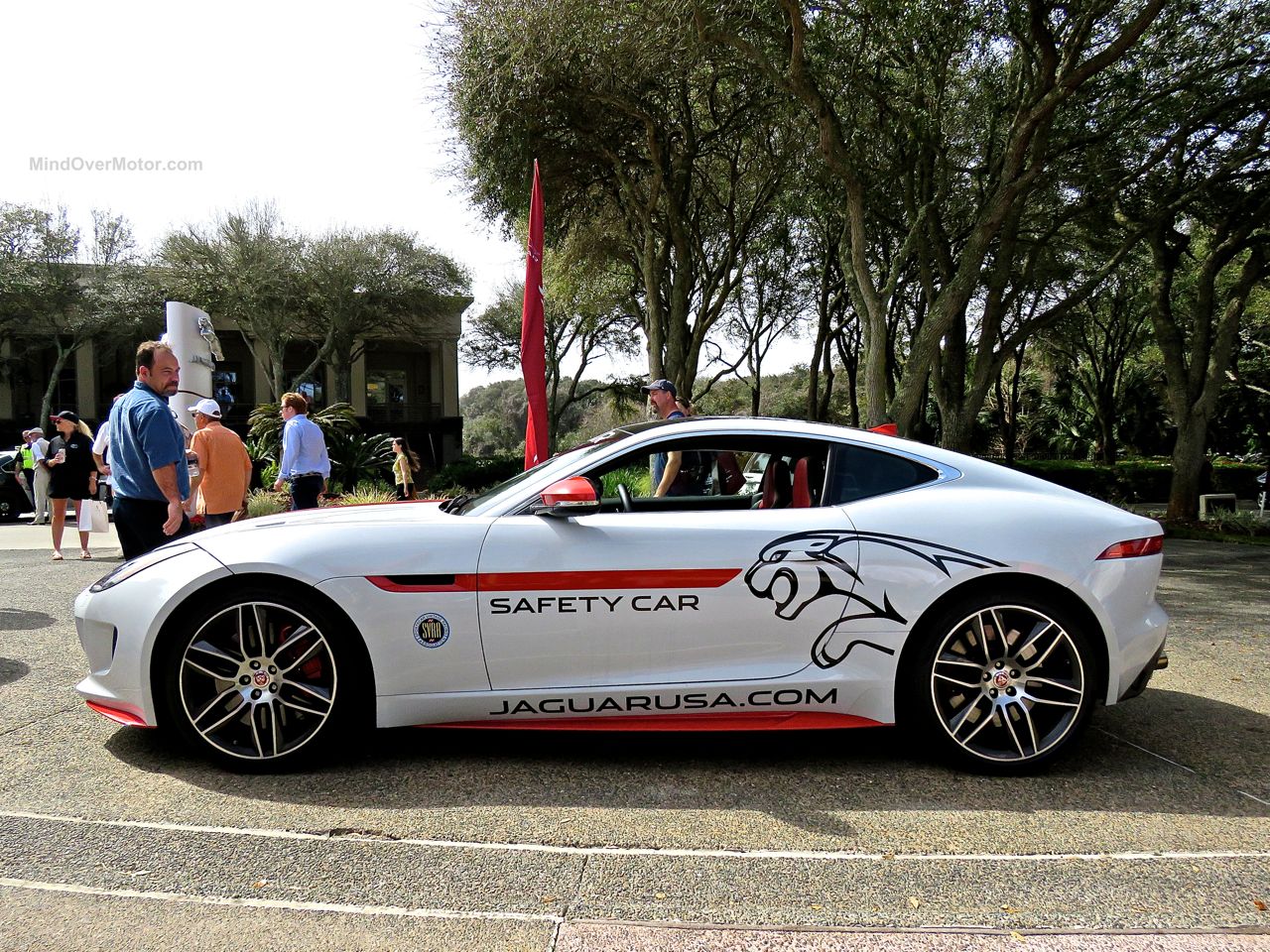 As a way to spend your $100,000-ish budget, the Jaguar F-Type has always been a great idea since it came out. It’s a lot of performance, style, fun, and emotion for the money, and it’s far more interesting than your average Porsche 911 (though I do love those too).

As a rock solid sports grand tourer, it’s very hard to beat the Jaguar F-Type R Coupe for the money. There are other good options out there, but you can do a lot worse, and I’m not sure you can do much better. 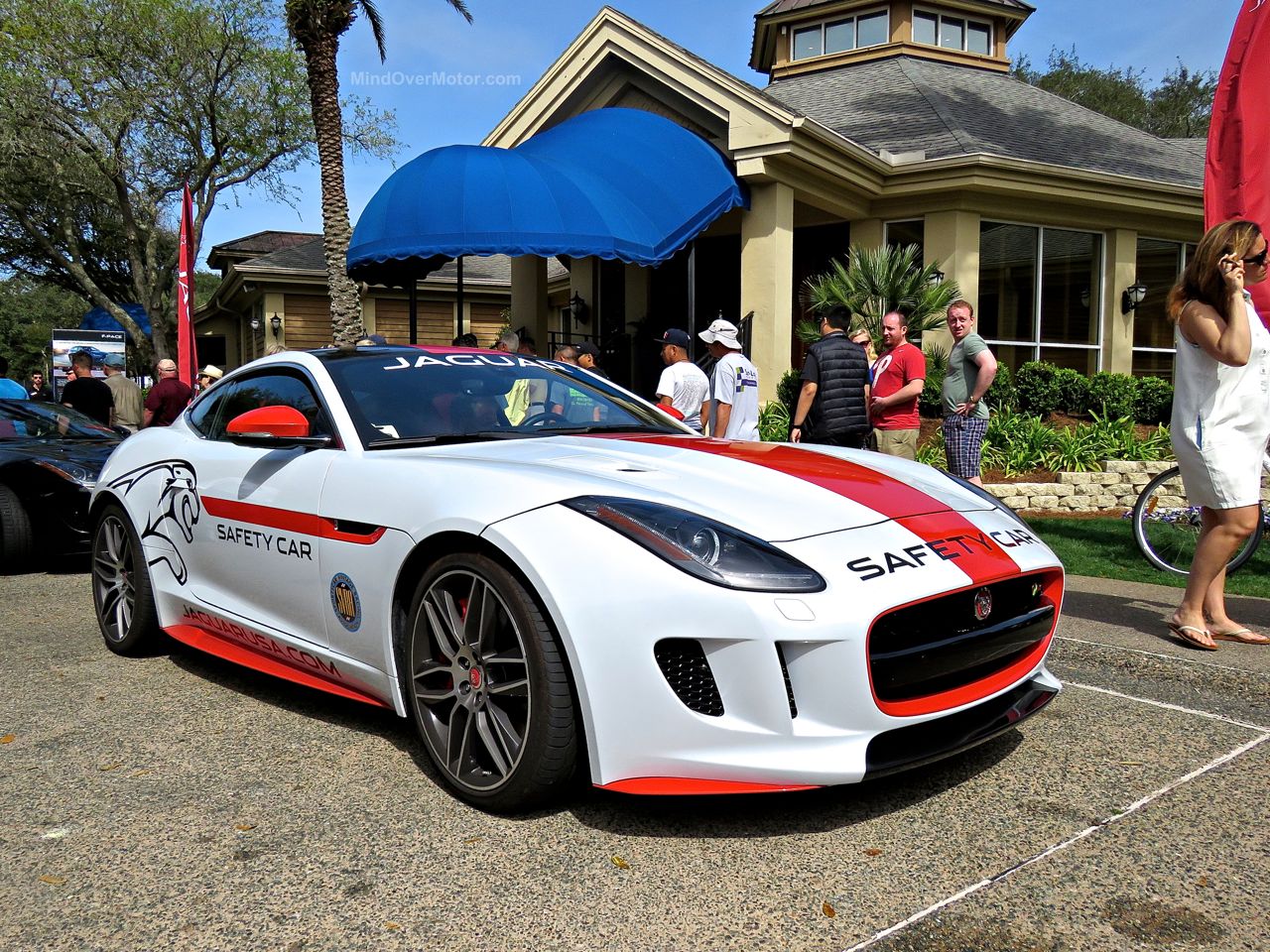 Jaguar made the V8 F-Type better, but also worse, by adding AWD. If I ever look to buy one for myself, I’ll be sure to hunt down a used RWD V8, but the AWD F-Type R is still damn good in its own right.

It comes down to personal taste, really. Some people prefer life well-mannered and ambiguous. But me, I like to stir up the pot for the sake of a good story.